The latest advancement in weeaboo technology!

On the picture: Cap'n Kuroshiro, feared warrior hero, who never left a battle in One Piece! (ok, that was a horrible pun)

The suit is agile, highly protective, and it can be easily converted by adding different weapon systems. I'll post some other suits later. I built it for a future occassion... bur you'll see.

He's a Beast! Orange is my favorite color, but bet it look great if you swapped it for blue or red.

the colouring is a bit inconsistent for my liking, but otherwise good!
Top

Yeah, I wanted to, but I couldn't find any at the moment.

The Fire-Bear, a unique armor design. It's stocky and has a thick layer of armor, so it can endure heavy punishment. It's armed with a pair of assault cannons, but the main star of the show are:

The dual heavy flamers. Obviously it was designed to get into infantry lines and burninate. Not so fast, but can boost its speed periodically.

The Crimson Patriot. This one is all about dakka. Armed with one long range gun, a short range laser cannon, and four missiles.

It's relatively fast, and can do shorter leaps. 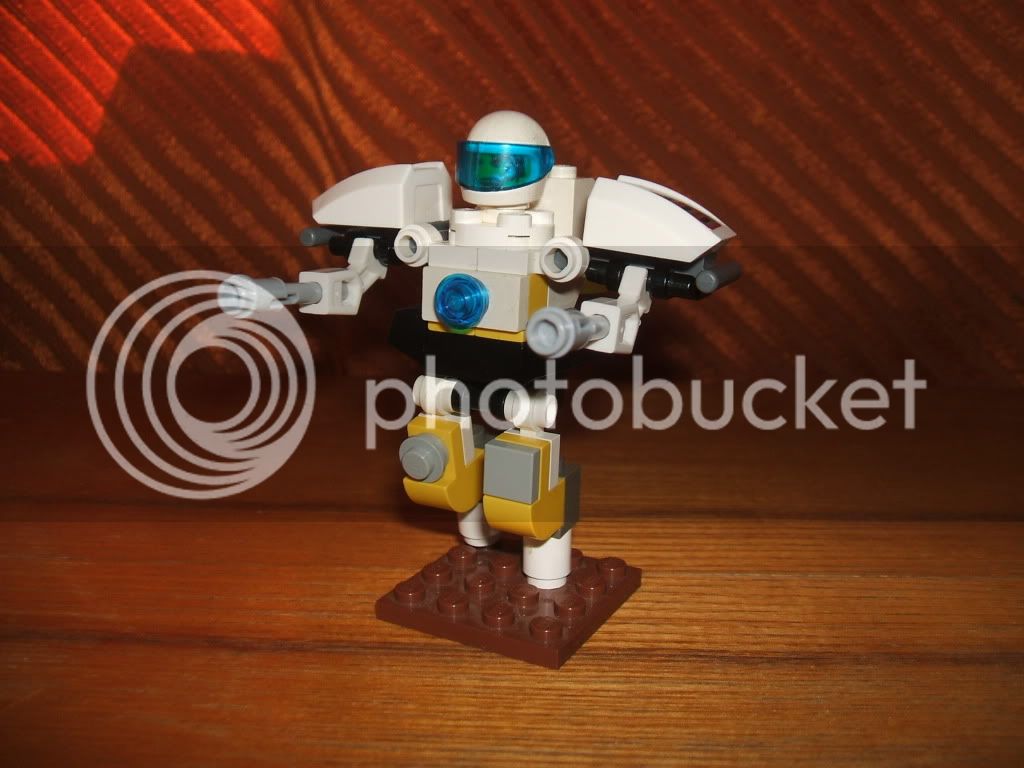 The Ion Angel. This frame was upgraded with a flight pack, so it can make big thrusts, and hover in the air. To compensate this, it's only armanents are not very powerful, but rapid firing burstcannons. 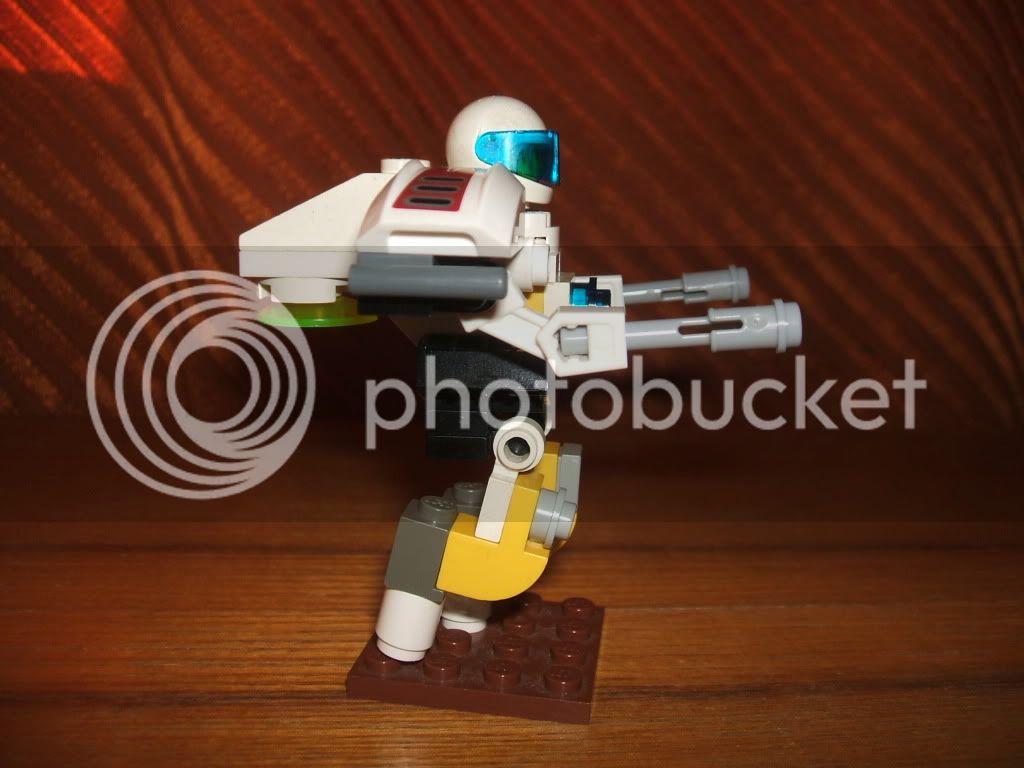 The Iron Ronin. Close-combat suit, with dual vibro-katanas, and a pair of rocket missiles. The fins on the rear allows it to do longer leaps than the CP.

A final group shot of the suits:

I still have no clue where the frag are my otc-s...

i really REALLY like it but the one with the face is kind of oh...not mean? i don't know i just want it angryerzz
<img src="http://oi54.tinypic.com/9vdvd4.jpg">
Top

and you thought the fire bear was massive.

The Oni is the largest armored suit ever made, with the intention of creating a powerful weapon capable of scrapping even tanks.

Despite it's sheer bulk, the Oni is rather mobile; equipped with a jump-pack and some kinetic thursters for unexpected leaps and charges.

In terms of armanents, the Oni is quite packed: it has dual flamers, a giant caliber 'mechslayer' cannon; the eye of the oni doubles as a heatbeam, and his greatest weapon is the OT-powered giant warsword.

...Hold on, still getting jaw off the desk.

I absolutely love these suits and the Oni...My words aren't enough to explain the sheer awesome of it.
I'd love to try some of these with my own twists for upcoming factions I have in the works.
Top

Hey, nice. Powerful looking but still able to strike a pose for the pics.

For some reason, the first one looks like it has hoofs.
"I loved smoking that bastard"
-My mother, concerning an anoying squirle.
"I think his mate saw me. *BANG BANG BANG* Yes, yes he did."- The Sniper
Top

and that's somewhat intentional, although I may revamp the smaller suits, making them more unified.

Feel free to try out the foot design I attempted when I get my Blue prototype on here soon.
Top
Post Reply
15 posts • Page 1 of 1