I just wanted to record what happened so I don't forget. 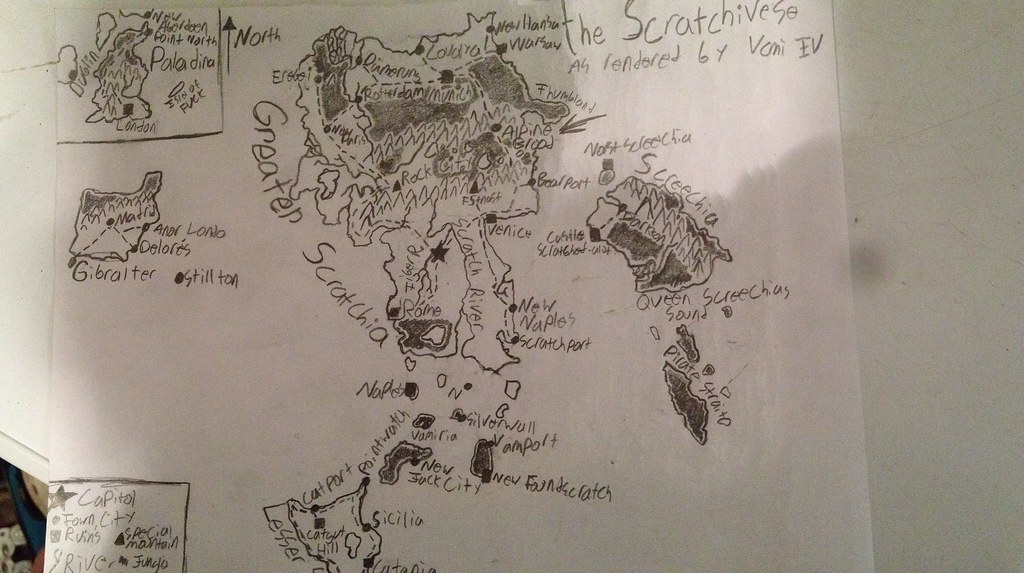 Although a world better than Silva's map, this is still a WIP map.
Top

After much thought, I have decided to post this early so that players can see and critique it before Wednesday's session.

If you have the ball at any point during your turn, you get two actions. So if you have the ball at the start of your turn and pass it, you can take another action; likewise if your first action is to steal the ball from an opponent and you succeed, you gain a second action. Attacking the other team normally is allowed, but you can't attack while you are holding the ball.

The court is split into four zones by three Dividing lines: the half court line and the two three-point lines. The dividing lines serve as a crude measure of distance, although you can still move wherever you want if you aren't holding the ball.

There are four specialized actions you can perform on your turn:

Shoot - roll Might. By default you need one star to succeed, plus one additional star for each dividing line the shot has to cross.

Dribble - roll Agility. You need one star to succeed. You can only dribble the ball across one dividing line per action, no matter how high your roll is. If your move takes you near an opposing player, they can roll agility and steal the ball if their roll is higher than yours. You can only dribble in a straight line: if you want to dribble to the side and then forward to avoid an opposing player, you need to use two actions.

Steal the ball - move next to whoever has the ball and roll Agility against them. If you succeed, you get the ball.

For each of these actions, you can add any bonus skills you can justify.
[21:30:33] Scritch: you can put it in theblackdog

We now have a wiki! It's on wikispaces, so anyone who has an account from our old brikwiki can edit it. Currently empty because I'm tired.
[21:30:33] Scritch: you can put it in theblackdog

Access is Restricted.
This sig is too fucking large: show anyway

OK, you can now request to be added to Scratchipedia's member list.
[21:30:33] Scritch: you can put it in theblackdog

Made a page for Killstab and a badly formatted Bestof page.
This sig is too fucking large: show anyway

Sorry for missing the rest of the match last night guys, I went to my room and my bed caught me like a siren with a sweet mesmerizing song.

Please use this thread for the wiki from now forth.
Top

mgb has joined. Since we're limited to 5 users, it's only fair that the last slot goes to Scratch himself.
[21:30:33] Scritch: you can put it in theblackdog