Odd, I wonder what my deal is.

It was super funny watching with CC on, though.
Quantumsurfer's Narrative Index
Top

Shadowscythe, we should do multiplayer sometime. Possibly with you having drank all the rum and me on my pain medication. And film it.
Quantumsurfer's Narrative Index
Top

Got some much-needed Xbox Live access last night, and played my first round of multiplayer. My three Mutons against his two snipers, an assault, and either another assault or a support, all with lasers and basic gear. In the end I lost because his second sniper had snapshot, and nailed a hit on my floater, despite being in full cover, but I can confirm that in my first bout as the bad guys, the XCOM project lost three valuable soldiers. And judging by how I react when ONE trooper goes down, I'd say that's gotta sting.

Been playing this because it's free for this weekend.

It's not a bad game, but the camera controls piss me off sometimes.

I named my squadmates after Brikwarriors. Today, Sergeant BFenix has died. Cpl. Duerer, Squadie Overwatch, Sgt. Warhead, Rookie Natalya and Cpl. Blackdog are all okay.
This sig is too fucking large: show anyway

Silverdream wrote:Been playing this because it's free for this weekend.

It's not a bad game, but the camera controls piss me off sometimes.

What about captain mgb?

mgb accidentally walked onto the second story, where a group of aliens on overwatch shot him to death.
This sig is too fucking large: show anyway

Wow I haven't felt like playing this game in the longest time, but finding this thread made me want to get back to playing it. Especially since something happened to my Civ 5 and I don't feel like trying to fix it

"You can't kill a dragon with four wizards!" -Random Guy on the Street

Silverdream wrote:mgb accidentally walked onto the second story, where a group of aliens on overwatch shot him to death.

Whoa, I'm surprised Overwatch survived having a bunch of aliens standing on him.
[21:30:33] Scritch: you can put it in theblackdog

I took a lot of screenshots, but here are probably my best two: 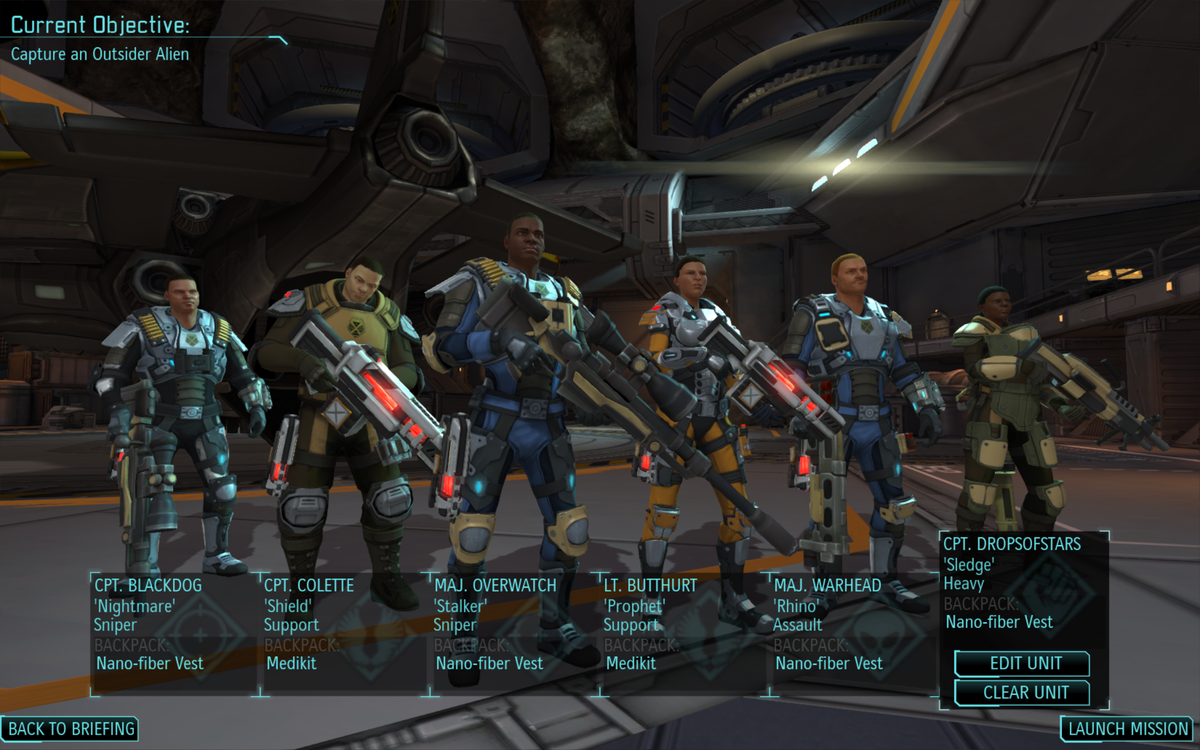 The dream team before they were properly equipped. Warhead was very successful, just by charging in and blasting aliens with his shotgun. He was injured and healthy throughout the game, and was probably the single most capable soldier I had.

Colette was helpful as a medic, I got him as Lt., so he was already educated enough for the job. He would frequently miss shots, but he saved Overwatch's life, so all is forgiven.

Blackdog and Overwatch were the MVPs, killing a lot of aliens before they both died in a terror mission.

Dropsofstars was so useful that she made up for the nonexistant HonoreBalzac. 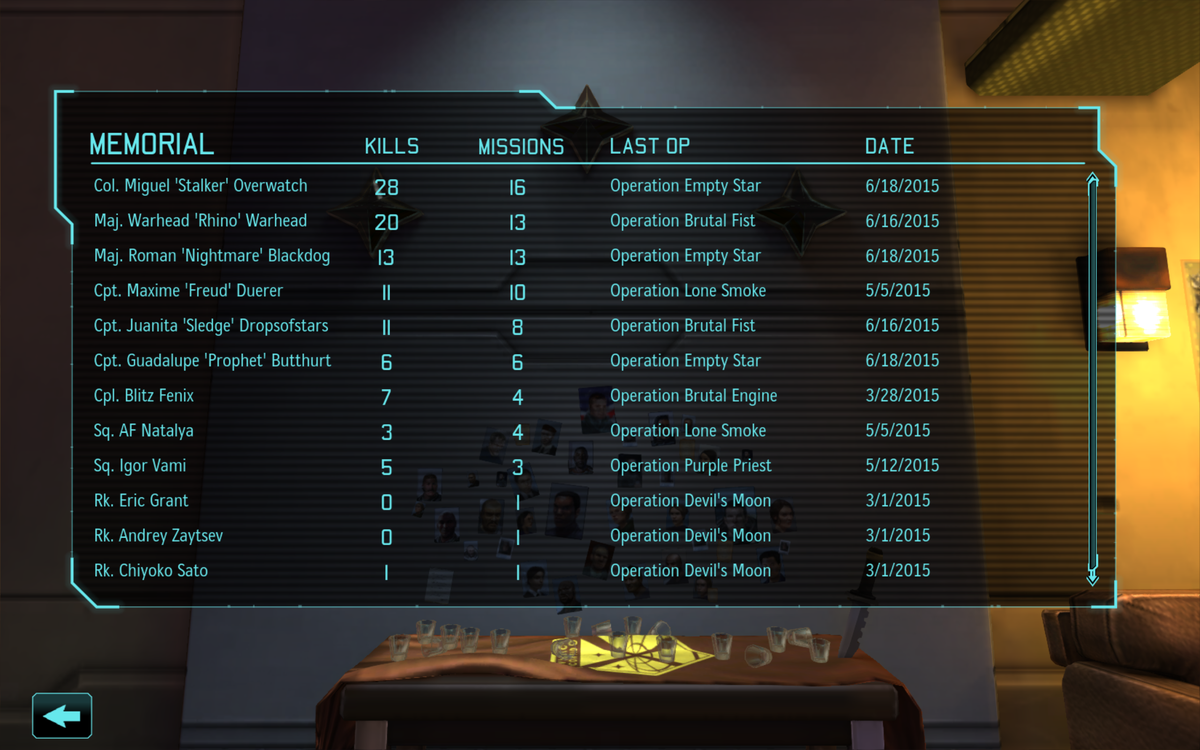 These are all the named people that died. Most of them were all good in their own way. Empty Star was the Terror mission that killed booty bothered, Overwatch and Blackdog. Overwatch and Blackdog died by being stabbed to death, turned into zombies and then being ripped apart by the chrysalids inside them. The only survivors were Colette, alotgirl and Zupponn.

Warhead was killed by a Muton who had hid and ambushed him.

Vami died after being poisoned, but not until after he took down the thinmen that were hitting his squad with poison bombs.

BFenix was my first MVP, and I actually can't remember how he died. After he did, Overwatch took over as the squad's coolest dude.

Natalya was killed after being ambushed in a UFO.
This sig is too fucking large: show anyway

I'm impressed at how well you managed to match up the troops' roles to ours.
[21:30:33] Scritch: you can put it in theblackdog

The new X-com is a game where you pretty much have to make a quicksave immediately after you do anything successfully if you're really trying to keep everyone alive.

Neither am I, so at least we're forgotten together.
Top

Mgb was played, but only for one or two missions. He was a heavy. He didn't get the chance to prove himself.

Sorry battlegrinder, but you were planned along with me and Arkbrik later on.
This sig is too fucking large: show anyway