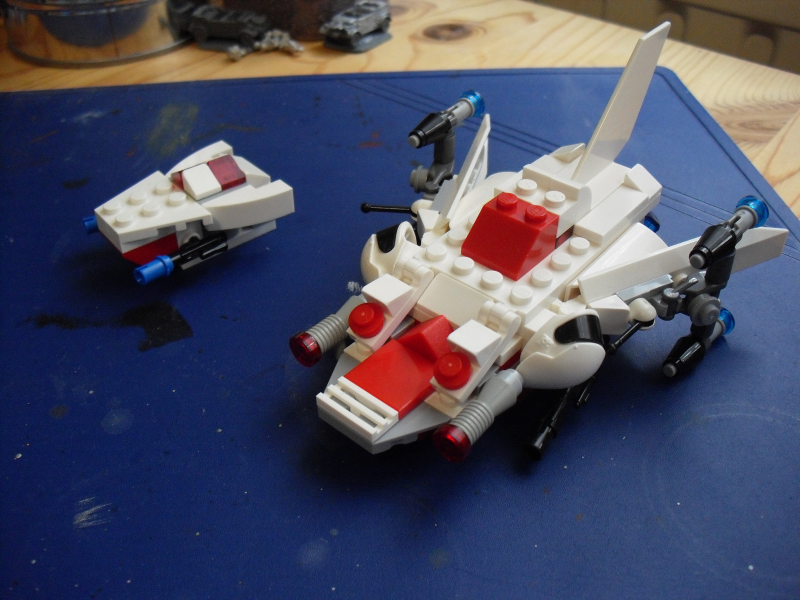 A small Polish naval detachment, on patrol. The ships commanders know little about the evil that awaits them... 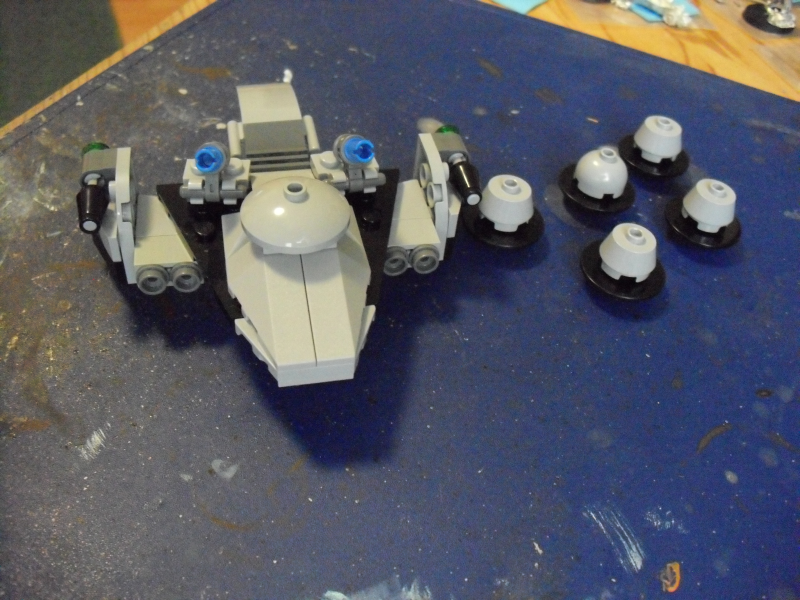 A squadron of Space Nazis in flying saucers and a Graf Spee-Torpedoboot, led by Fähnrich Hodenkobold! 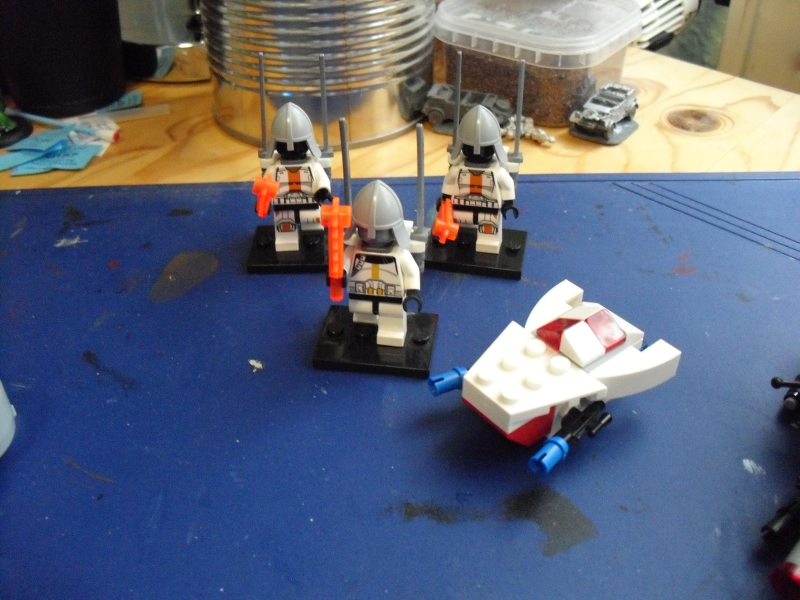 However, a squad of Archanioł warwalkers is on the way to aid their brothers in arms. This squad is lead by no other than... 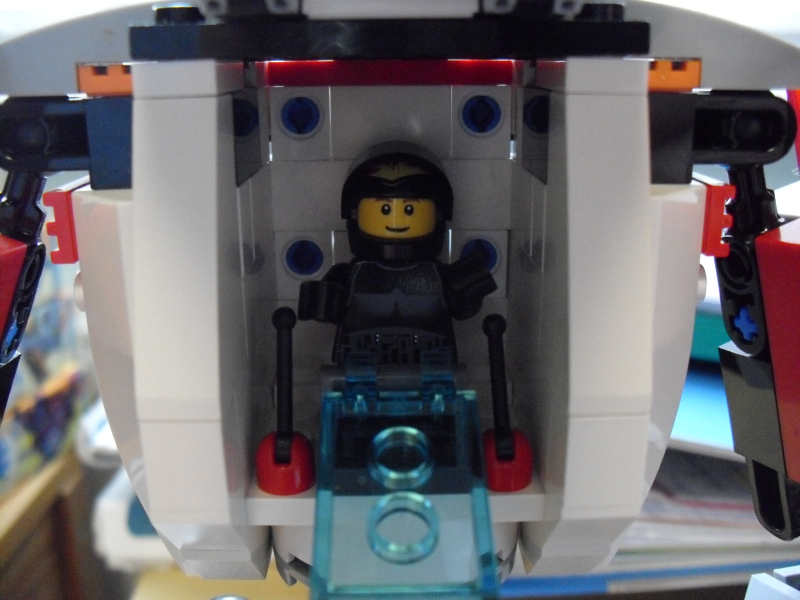 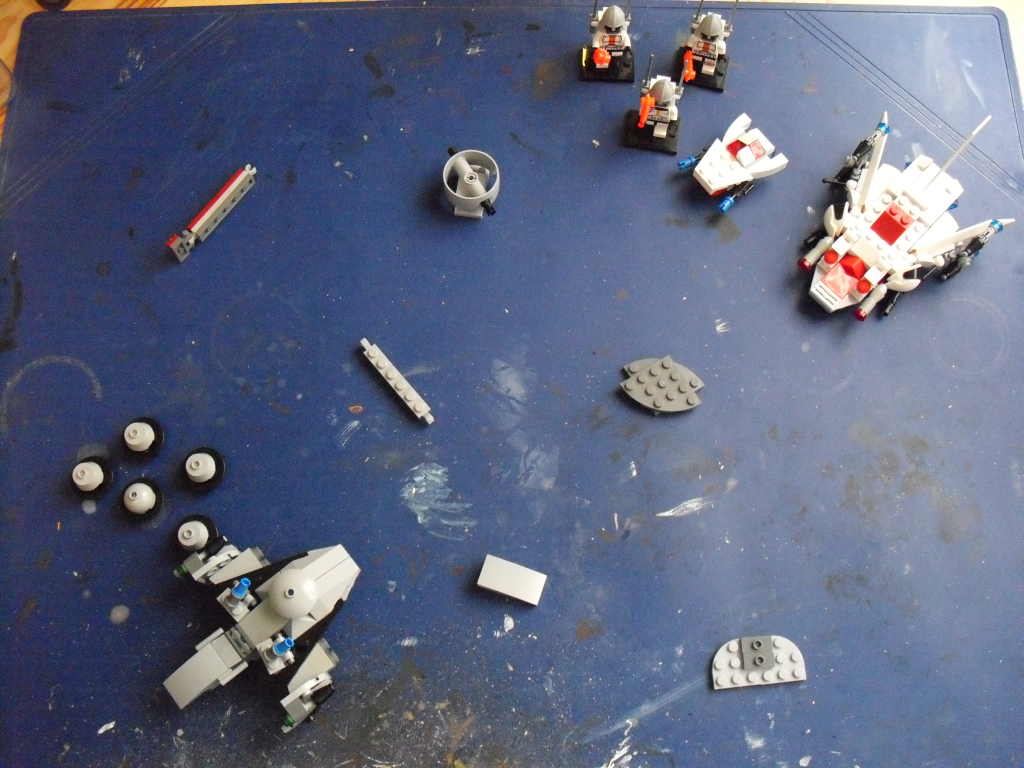 Special rules for debris: Slows down any unit, crossing it, by 1“. The Baron and Graf Spee also take 1d8 damage.

Special rules for expolsives: Missiles and torpedos hit on the same turn, they were fired in. Big Size 2 missiles may only be fired once per turn.

The Baron fires it's two big guns. While one overheats, the over one deals no damage.

Both guns of the Dzida overheat.

Two mechs fire at the saucers, but couldn't penetrate the armor.

Through a successful feat roll, Hodenkobold and his men activated their boosters flying to the mechs. The saucers manage to destroy two of them.

The Graf Spee fires a missile, taking a hull point from the Dzida. Duerer remains unharmed.

The Baron fires everything, dealing 1 HP damage to the Graf Spee.

The Dzida rams itself into the Torpedobot, dealing another HP damage.

Durer prays to the Great Creator, to help his brothers in arms. Thus the Nazis are blinded by his light, reducing all of their skill rolls by 1 for the next turn.

Through another successful feat roll, Hodenkobold ram down Durer's mech and may capture it next turn, if Durer doesn't manage to get rid of him.

One of the Graf Spee's launchers fire at the Dzida, but get blown off instead, due to a critfail.

Nevertheless, the Piltogg-Torpedoboot and some saucers manage to damage the Baron by 1 HP. One saucer won't fire next turn.

Durer attempts to shove Hodenkobold away, but fails to do so.

However, with a massive damage output, the Piltogg-Fähnrich has been dealt with.

The Baron fires all it got at the Graf Spee. It fails to launch a missile, though and loses a HP.

Still, the damage is enough to bring down the Graf Spee to it's last HP.

An alien frigate appears from the other corner of the battle field, trying to reclaim it's home planet. The Chujew commander shout "FREEDOM!!" trough the commlink and blasts all it's weapons at the saucers.

One of the remaining saucers fires at the Baron. Although the output is massive, the Baron takes no damage.

The Graf Spee rams the Dzida, shattering it into pieces.

by Vami IV
Are we ever going to see this again?

by Duerer
Because it would be too difficult to catch you three (silva, newcowboy and Vami) up at the same time in the chat, you can send in further orders from now on.

Turn order will be determinated by dice rolls.
All times are UTC-05:00
Page 1 of 1
Powered by phpBB® Forum Software © phpBB Limited
https://www.phpbb.com/