sahasrahla
that is a fantastic question to which no satisfactory answer will be forthcoming
Posts: 829
Joined: Sat Feb 04, 2017 5:40 pm

also this battle is genius
Top

Yeah, I think the pilot needs to insult the players more. That might help.
"Death to all radicals!" - Vitamin C
Top

The Konstruction hero should try smacking the next robocop off the plane, then use his feat to build a cool new weapon for his buddy who dropped his using parts of the plane.

The other two construction bros should move along the plane to join the hero, firing at any other passengers along the way.

Also I'm totally planning something to do with the pilot, but I'm still a little far off.

Re: The flying Circus - Send orders for turn 2

Sorry, that this battle has been inactive for a while.
I just finsished my uni degree, which was a bit turbulent. But now I have more time again. 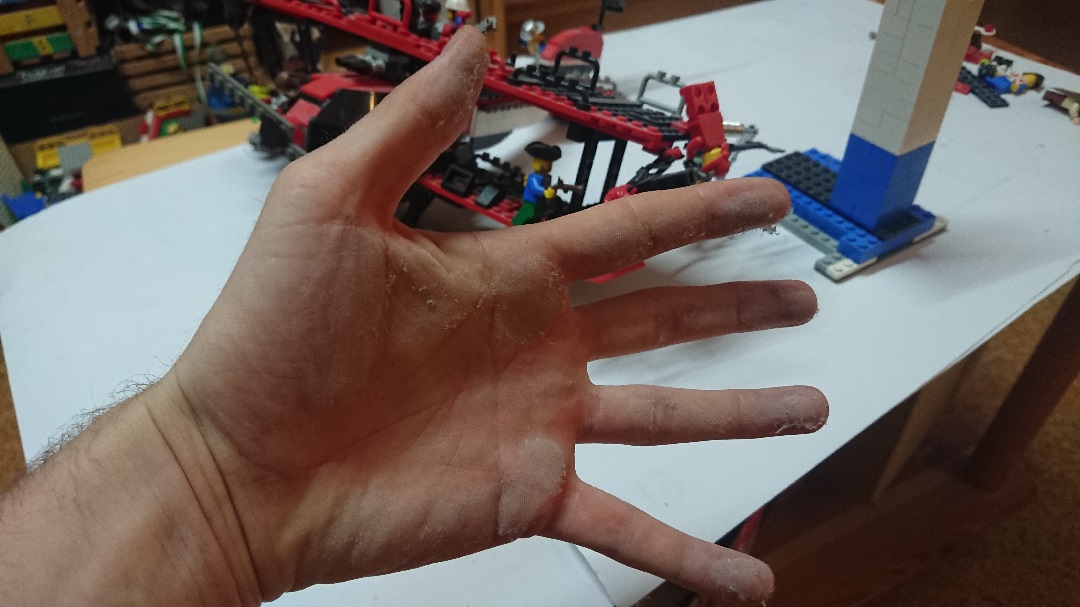 This long
So everyone gets a bonus of 260 to their initiative.

Construction Crew Kommander Ken
The construction foreman attacks a robocop but fails. He constructs an awesome gun from stuff he finds laying around. and tosses it ...
... past his collegue off the plane. (feat failed) 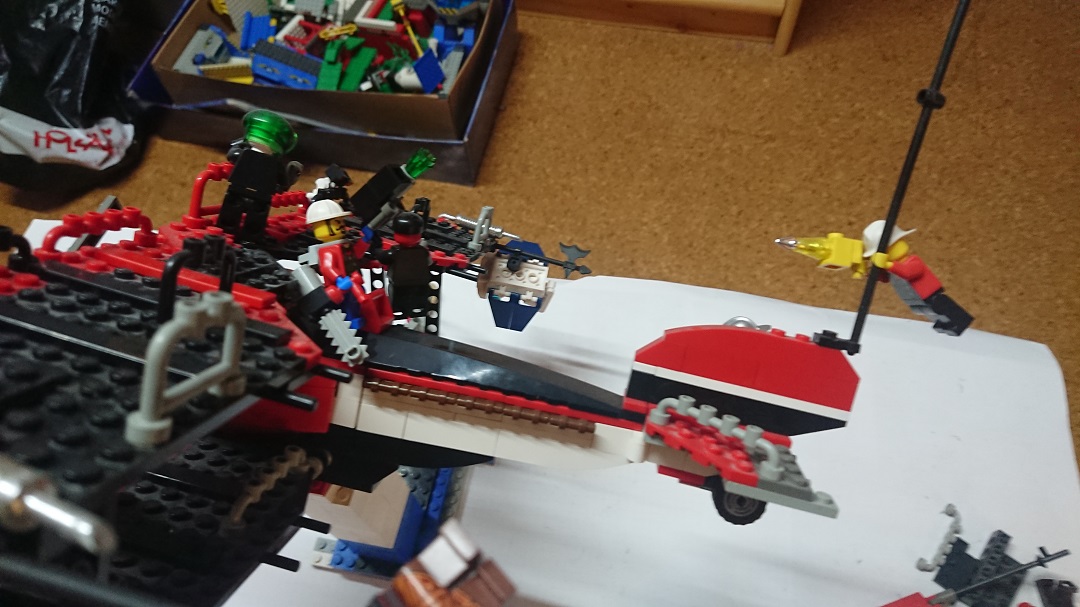 His two collegues climb along the tail and one fires at a robocop and nails it. 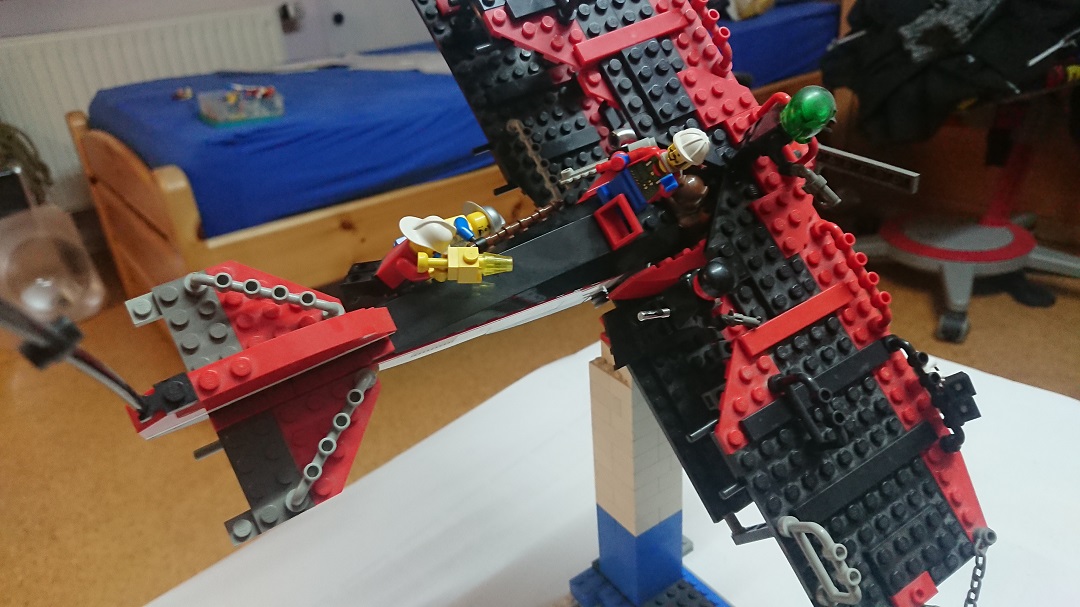 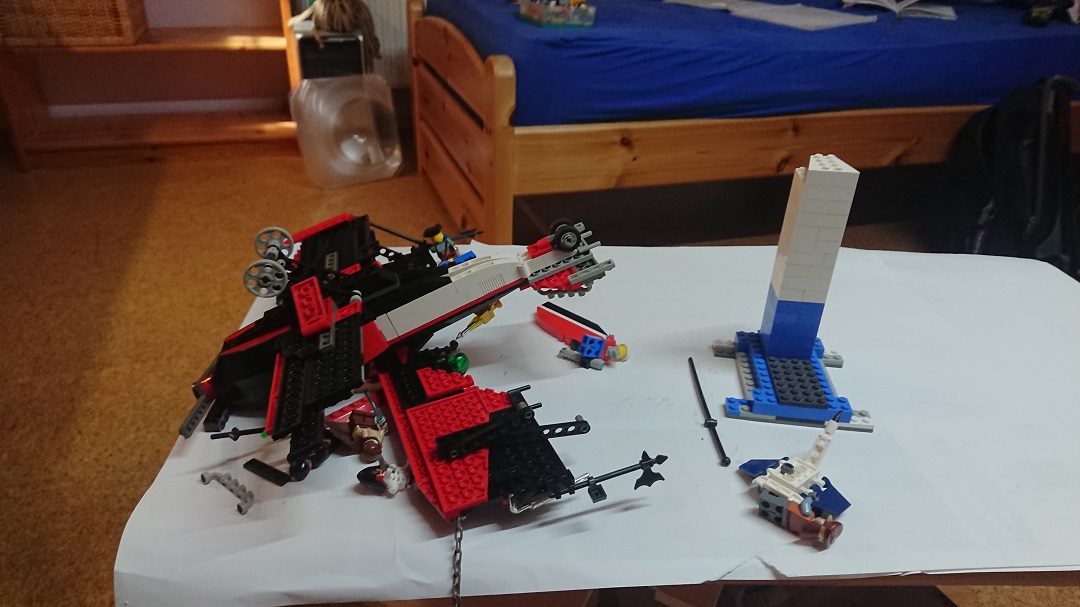 This is the third time this happened in this battle.

From now on only overwatch pictures will be on the pillar.
Lasermasters ninja_bait
Captain Pancake tries to jump on the stingray but fails the skill check. He barely hangs on its tail. Using the farce he brings back his fallen lasermaster as a farce ghost. (feat successfull) 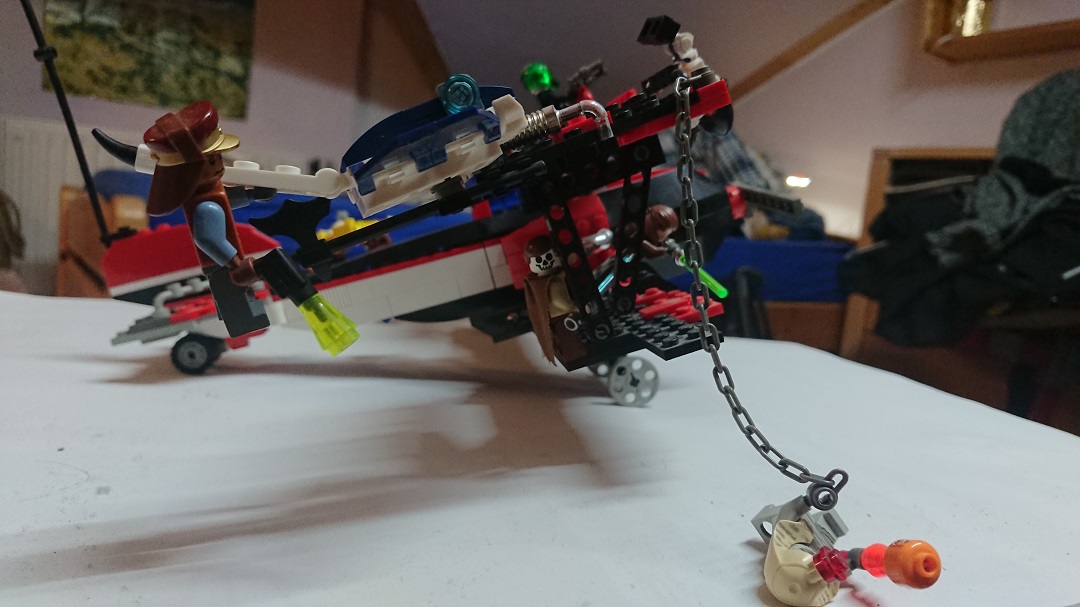 The farce ghost immediatly beheads a skeleton, while the other lasermaster fails to kill the Robocop-Sergeant. 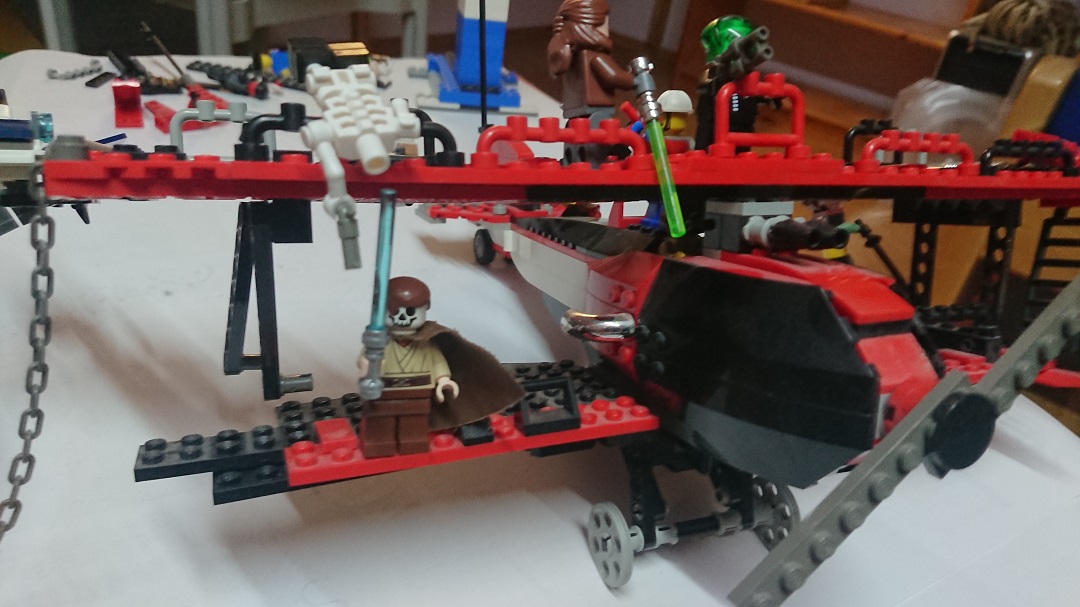 The Undead motorhead fan
The Mummy climbs up the chain and tries to kill Pancakes stingray but fails. 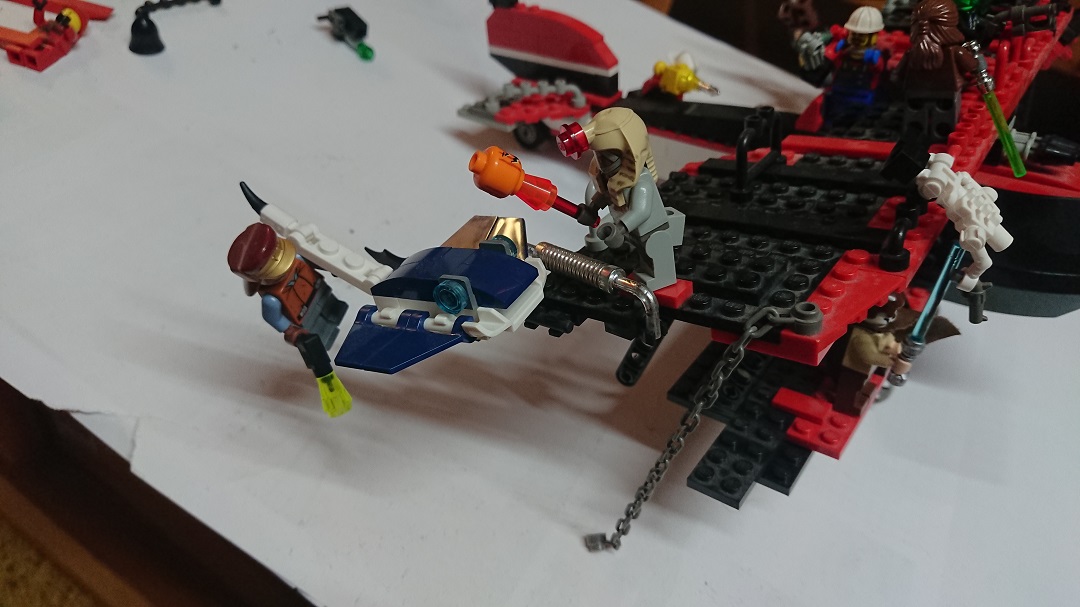 It shambles over the wing and swinging its hypnotic scepter commands the pilot: "Get out of my plane!" The pilots eyes go swirly and he jumps straight off the wing - taking the only parachute with him. (feat successfull) 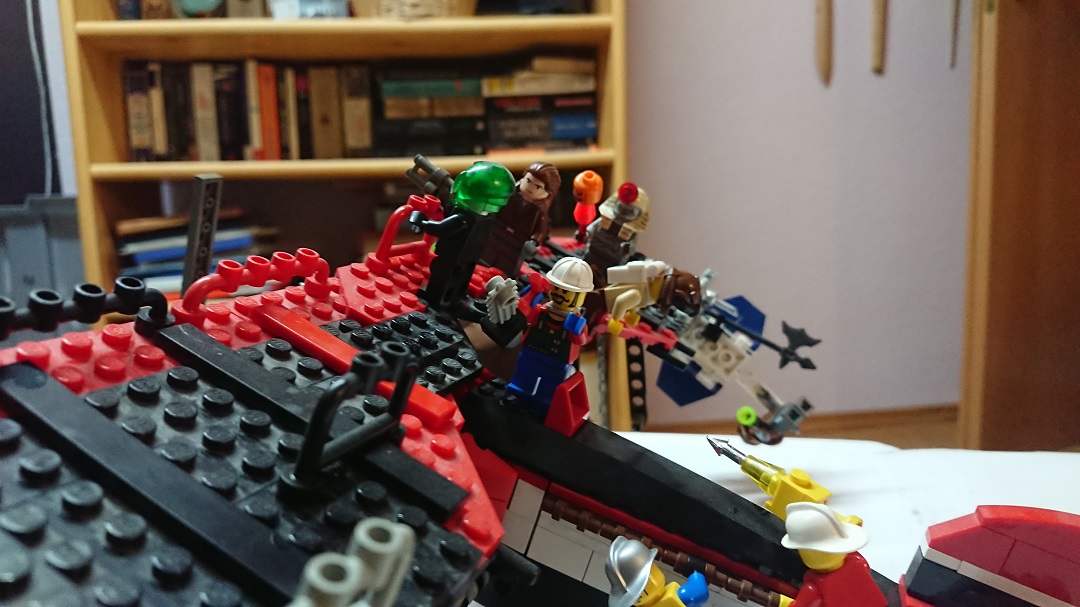 Robocops Falk
The lone Robocop-Sergeant uses his feat to join in the animal cruelty and shoots the stingray but misses (feat failed). It also misses its shot at the lasermaster that attacked it. (I forgot to take a picture of this, but nothing changed so ¯\_(ツ)_/¯ )

Ninjas Space bunny
The ninja goon tries to throw the pirate captain of the plane by knocking off the pole he is holding on to, but his first mate redshirts. 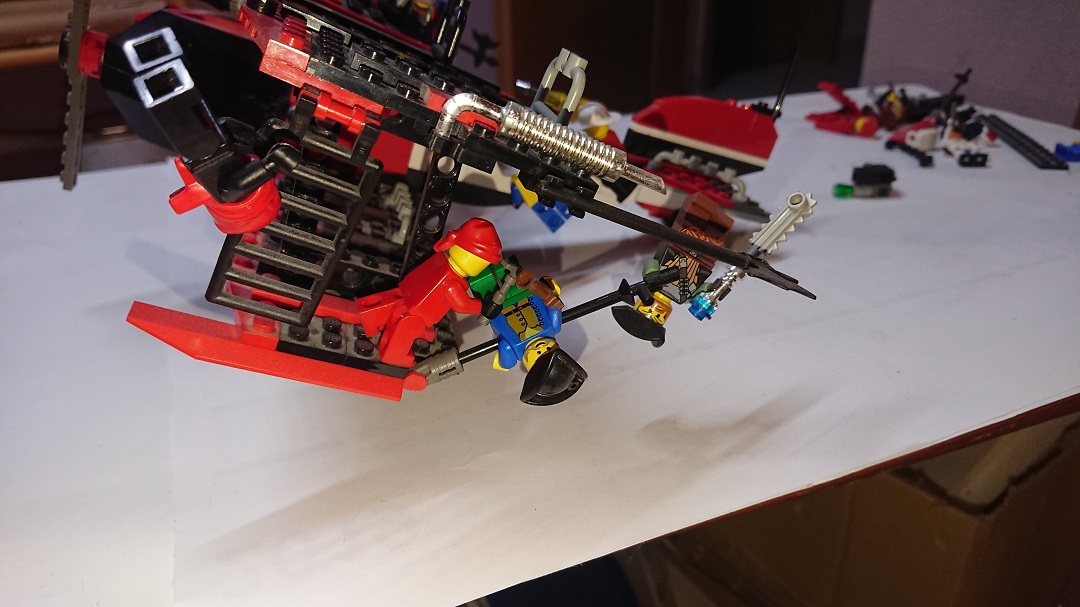 The boss ninja sets of a smoke bomb to vansish from sight. But the smoke just blows away leaving him in the open. (feat failed) 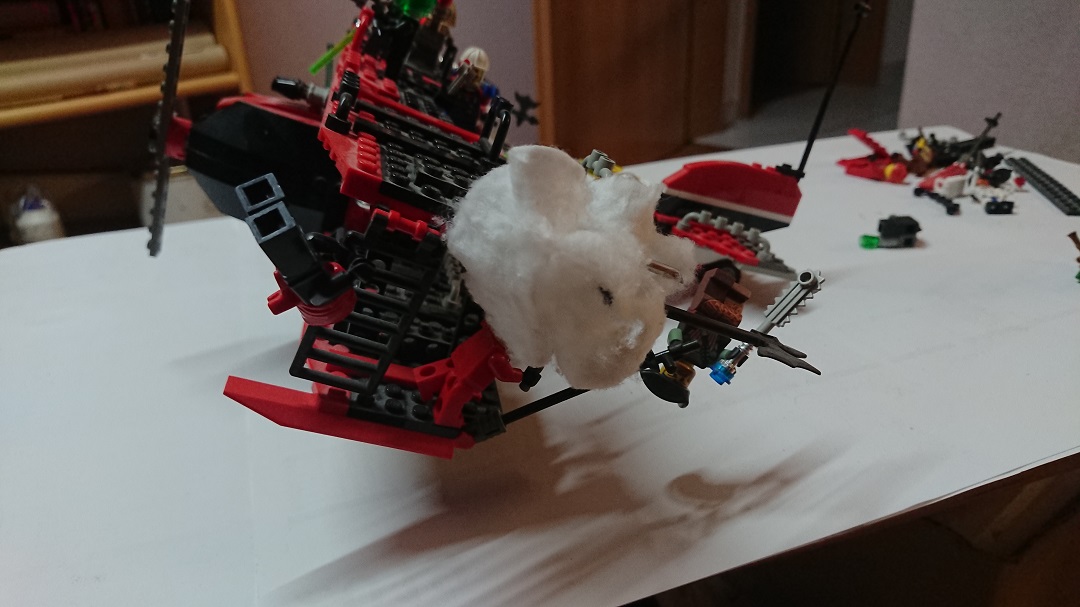 Pirates lordintype
The captain exclaims: “Har har, I was born in the rigging! This precarious situation be nothing compared to what I’ve done before!” He backflips over the ninja onto the wing and sends him below. (feat successfull) 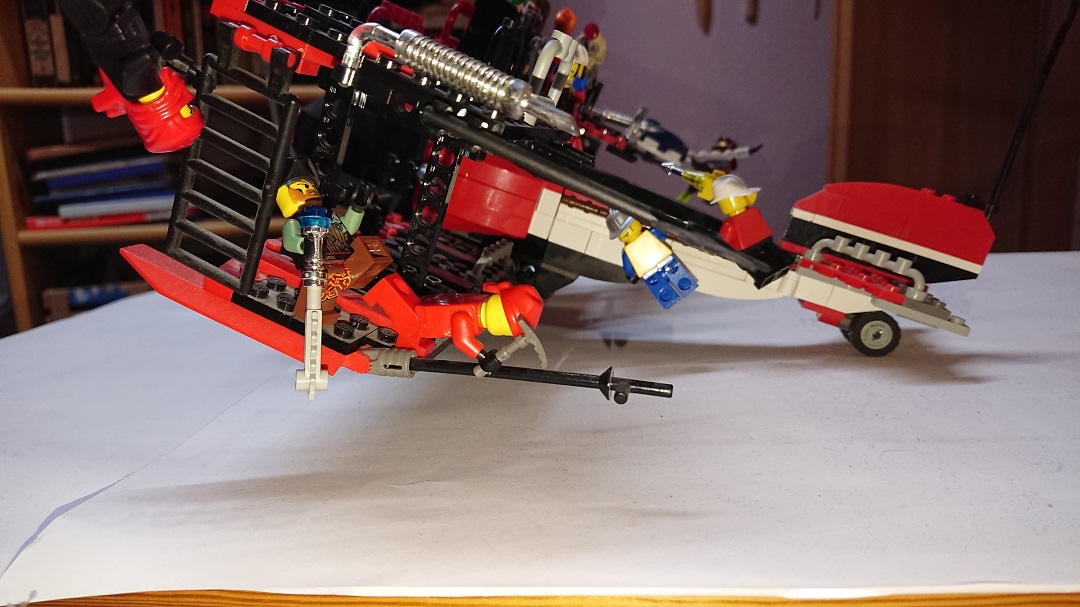 He then turn around and attacks the boss ninja, killing him instantly. 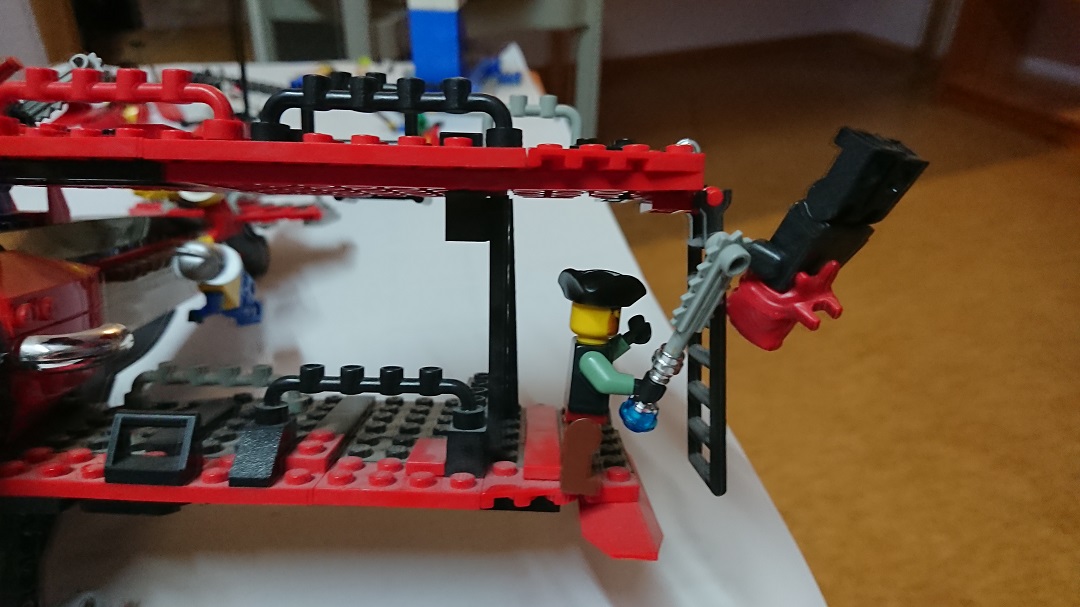 The ninjas have been eliminated. Without a pilot the plane goes into a steep uncontrolled dive. 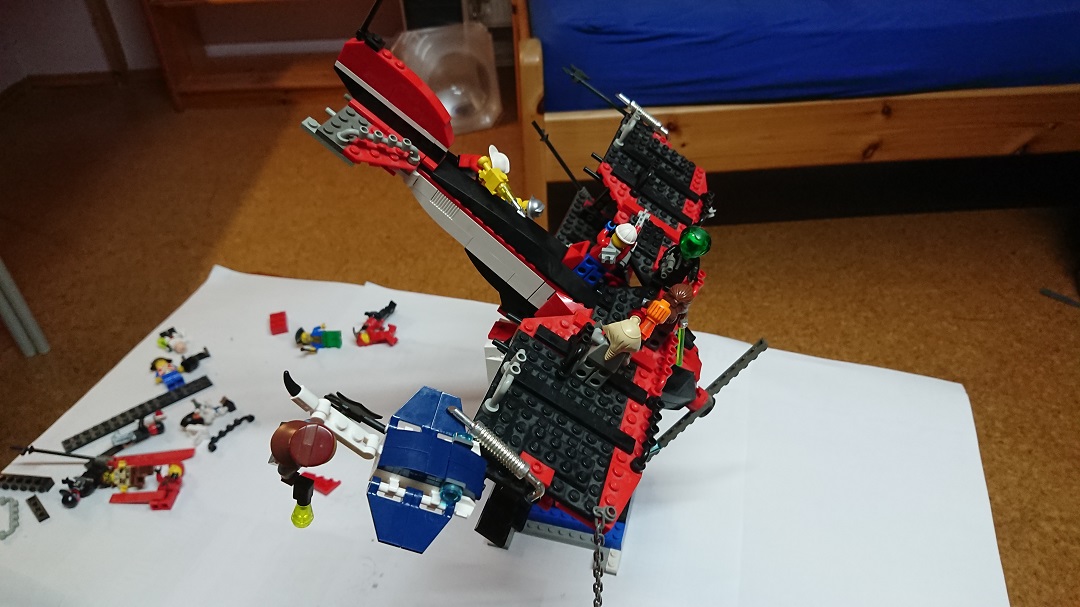 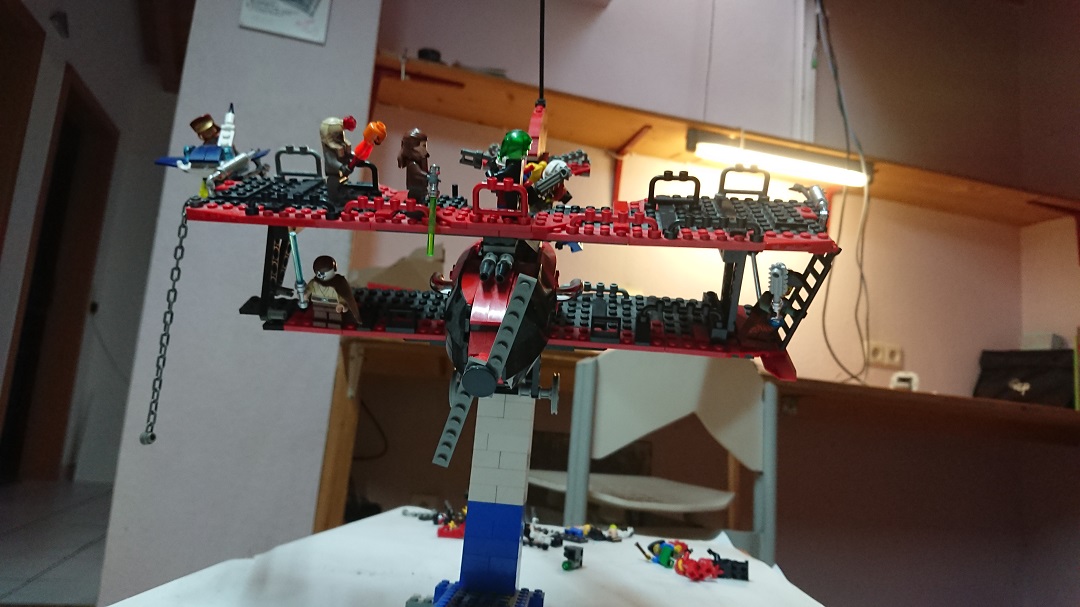 Send in your orders for turn 3 please. This time I will take less than eight month to process them. 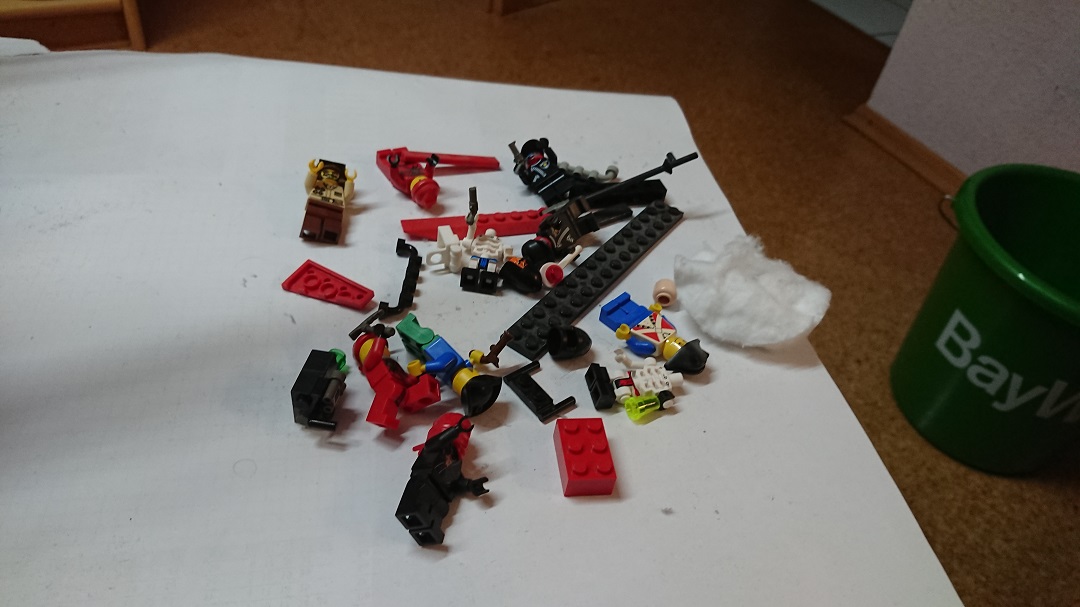 The pile of debris is growing.
"Death to all radicals!" - Vitamin C
Top

the farce ghost will attempt to regain control of the plane

The other laser master will succeed at killing someone
I make apocalypses and apocalypse accessories.

The cops shoot whoever they can. I don’t even know how many are left.