Cutting to the chase Turn 1

Cutting to the chase Turn 1

by motorhead fan
Hello Everyone,

welcome to my next forum battle, let's hope I actually finish this one!

This battle will be slightly different, it is inspired by an old battle with cars, in the battle, all the vehicles stayed in the same area and various obstacles would move along the battlefield, making it seem like they were on an endless road. The vehicles could move around to some extent, I will be attempting to recreate such a battle here. 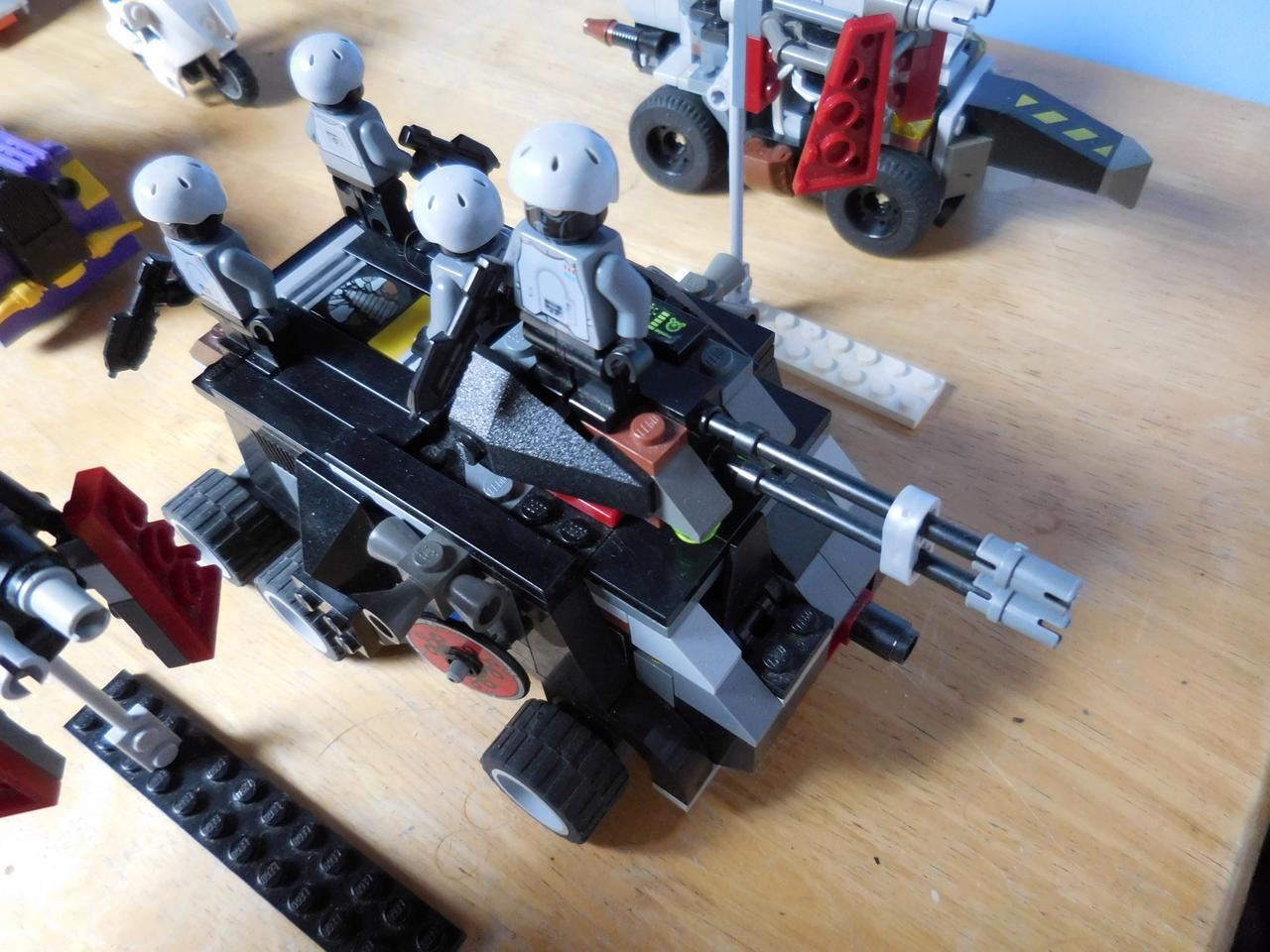 The APC rumbled along, the infantry had to balance on top given that it was carrying A BOMB RUMOURED TO BE SO POWERFUL THAT IT COULD BLOW UP AN ENTIRE PLANET! 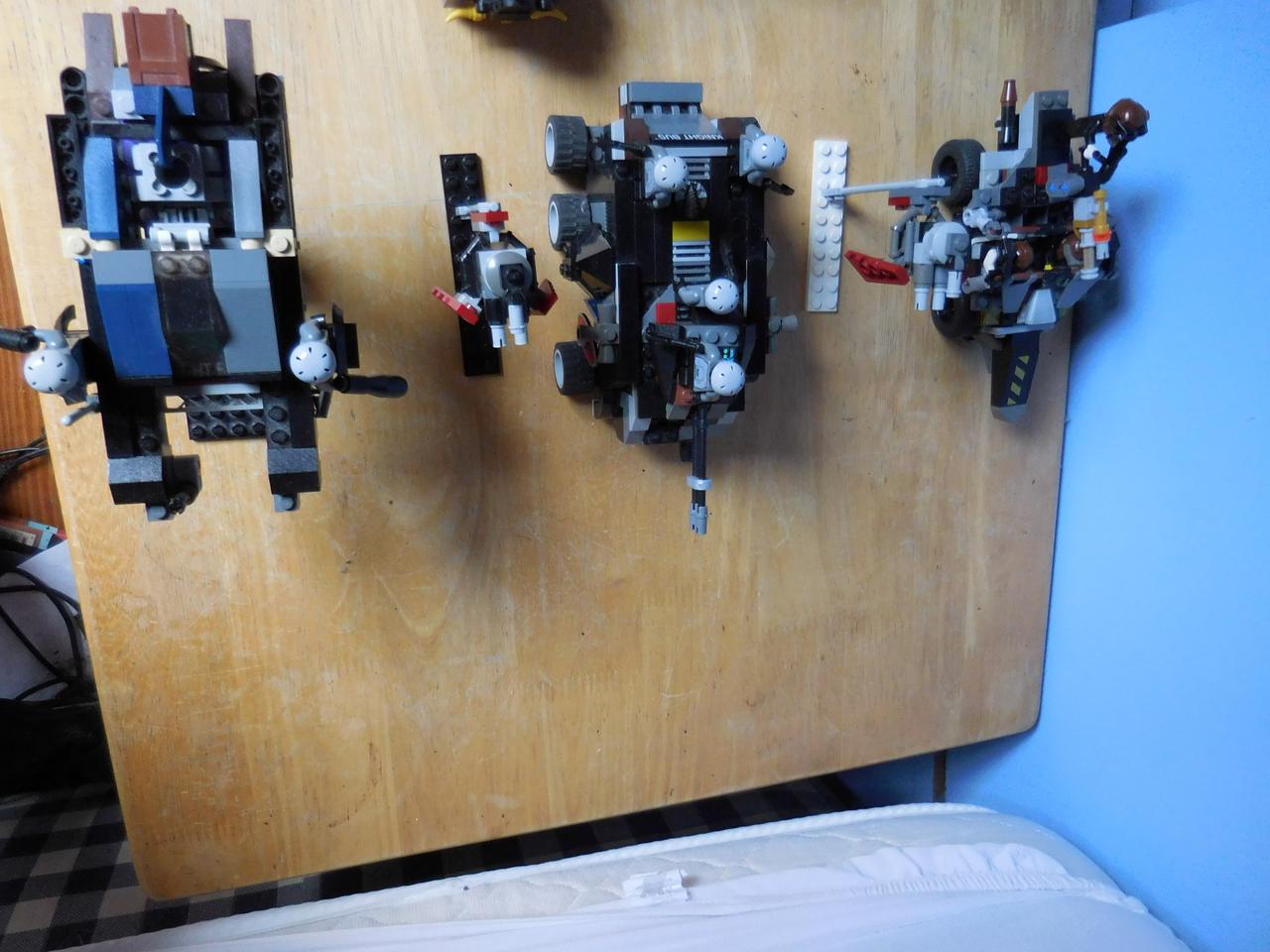 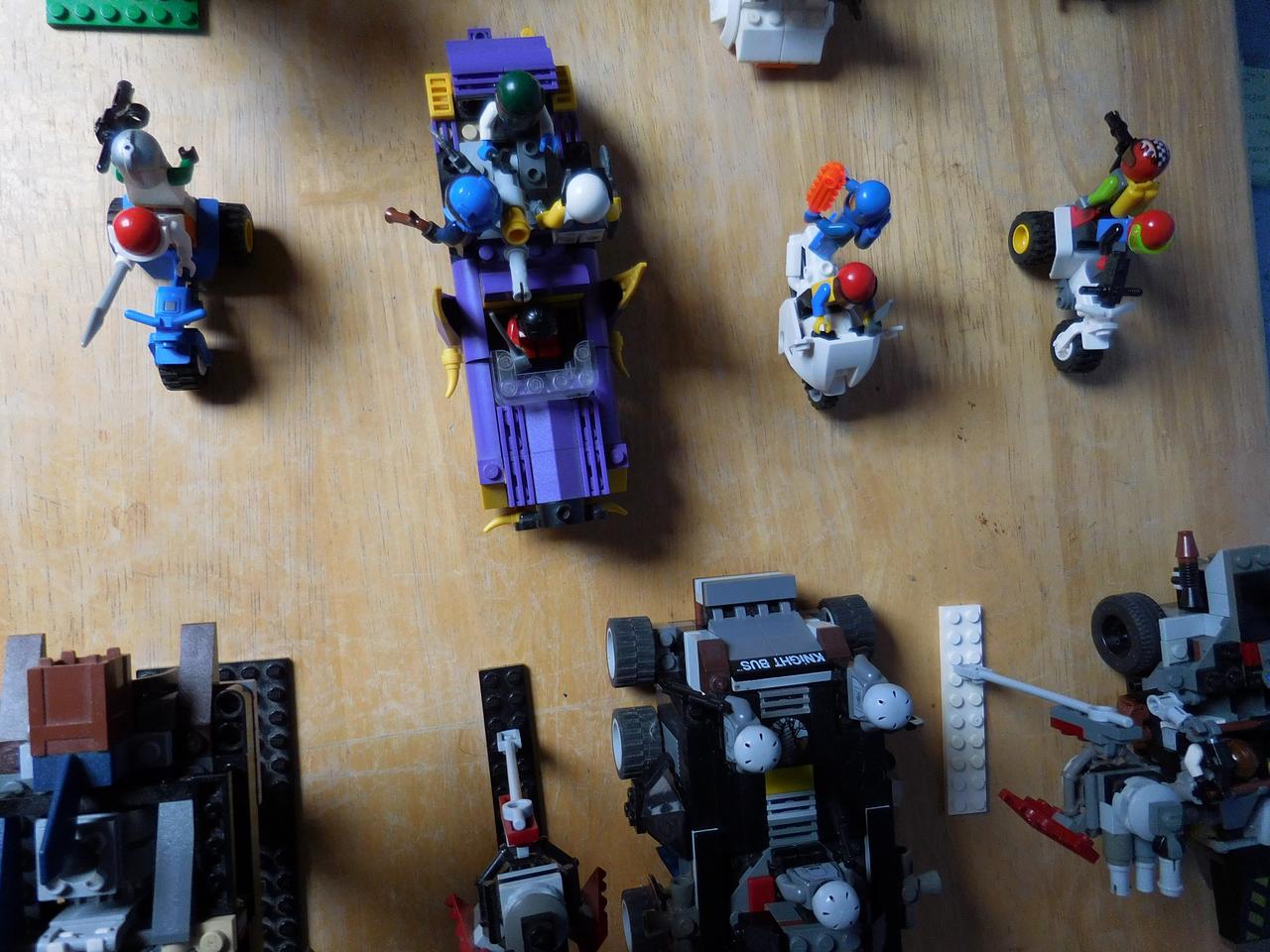 Such a weapon is highly valuable and a gang of maniacs gave chase. They brought along 3 Bike teams with various weapons and a machine gun lorry with some other guys on it too. 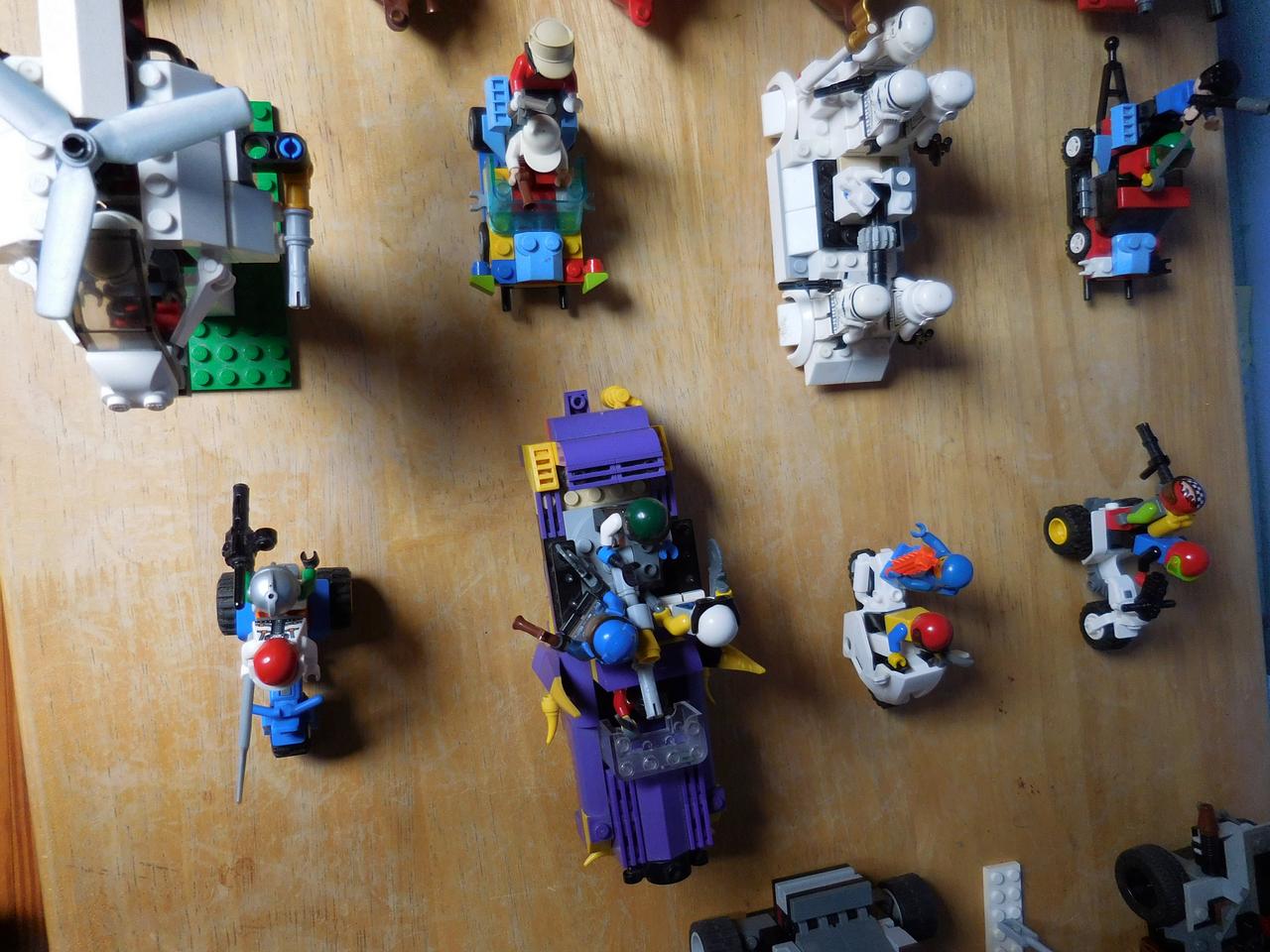 Some local peaches also fancied blowing up a planet and began to pursue. The had a helicopter, a tank covered in stormtroopers and 2 Car teams with various weapons. 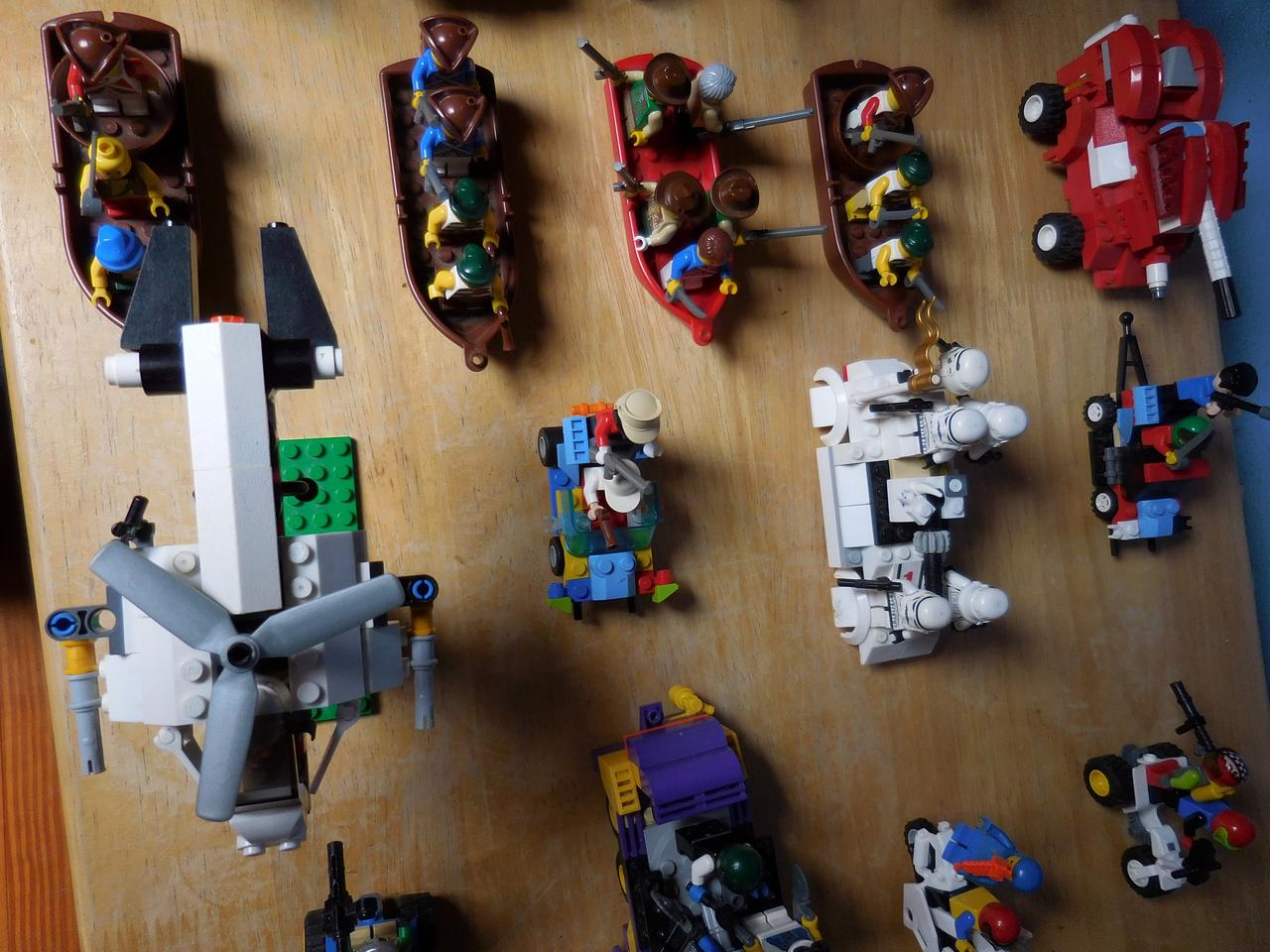 Some pirates and friends spotted the speeding booty followed too, they have 4 boat teams with various weapons and a tank. 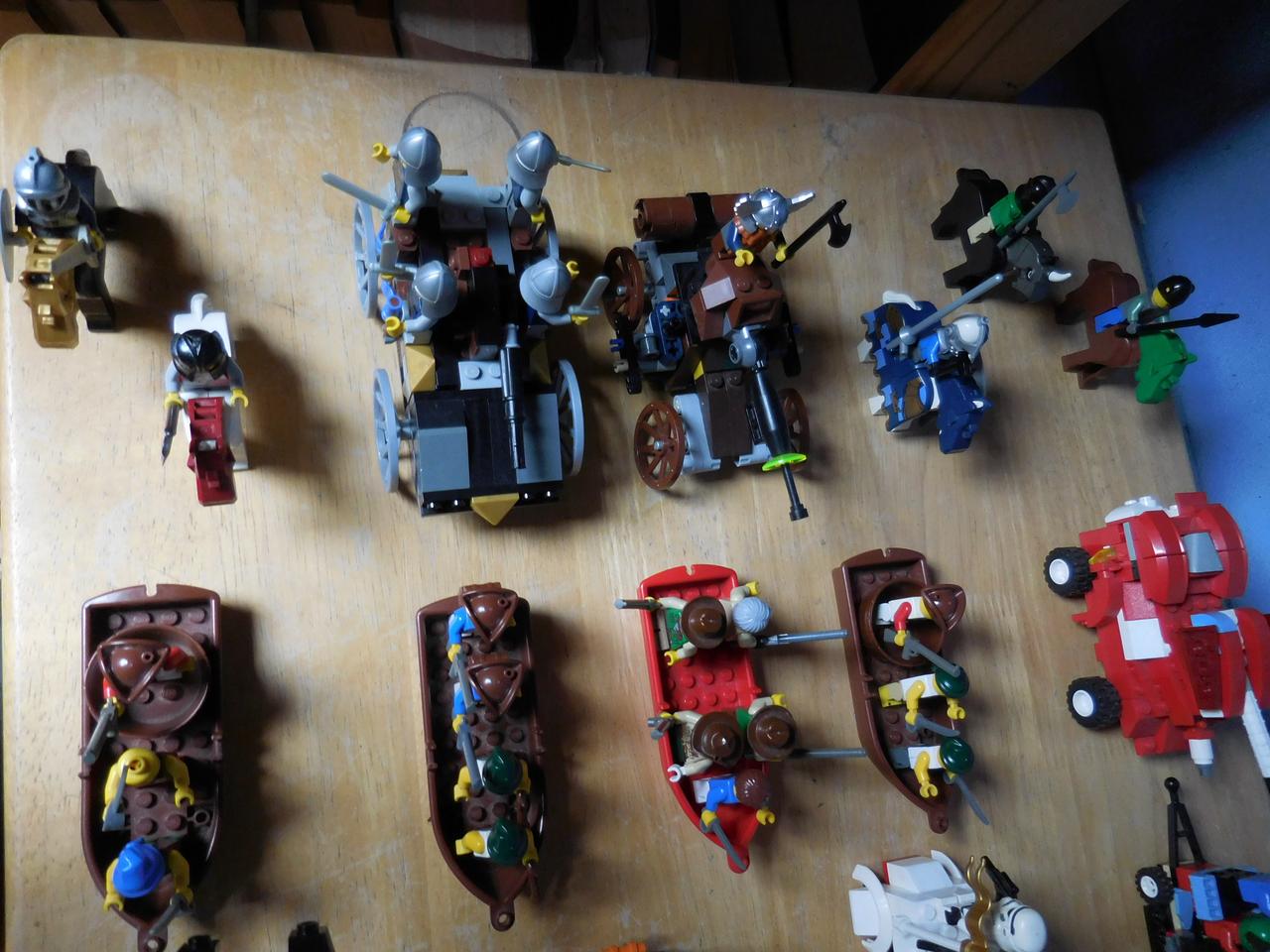 And last but not least, a nearby dwarf gathered his friends and they embarked on a quest to blow up everyone they know. They have 5 knights, a sort of machine gun car and another machine gun vehicle covered in swordsmen. 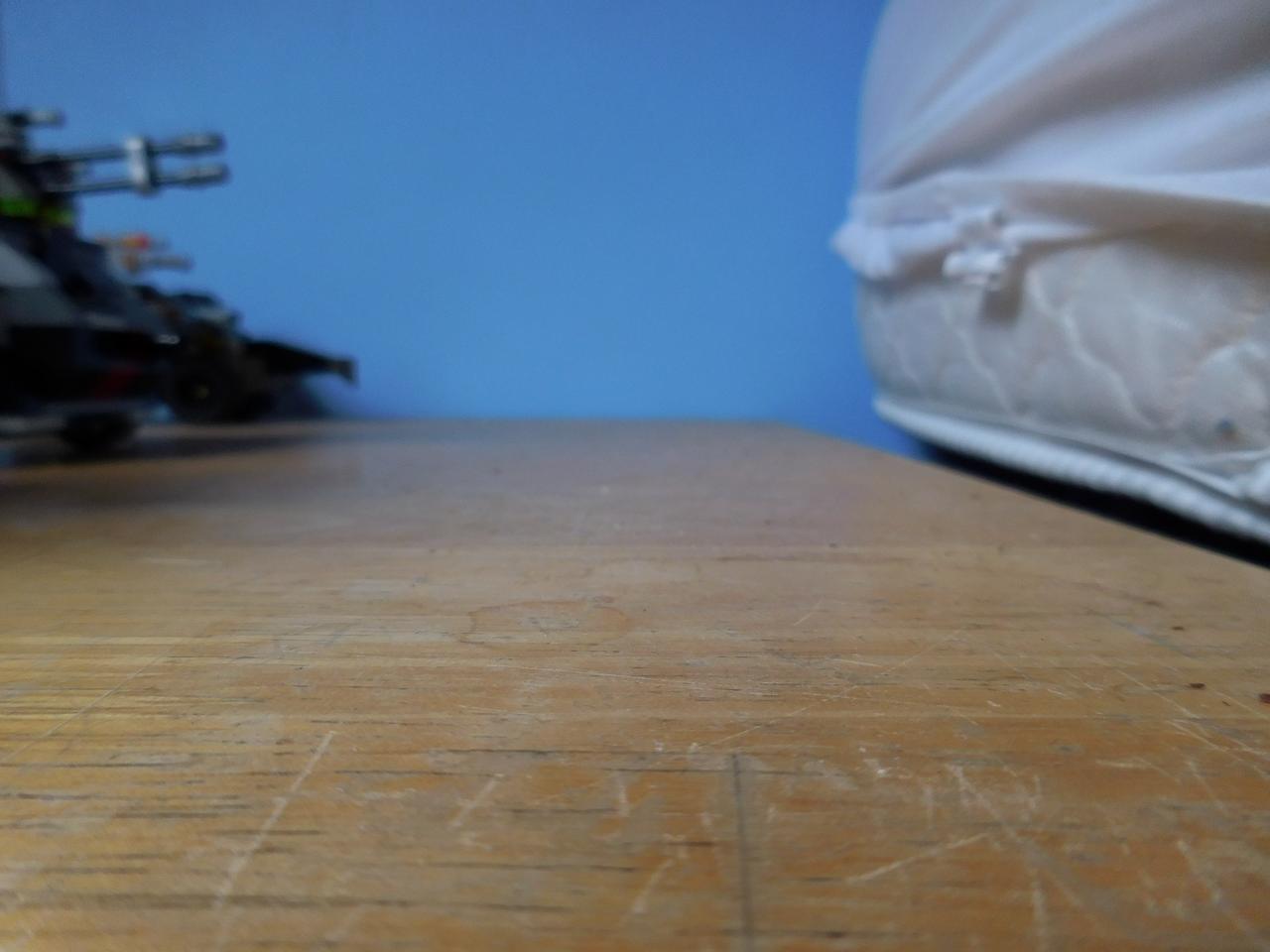 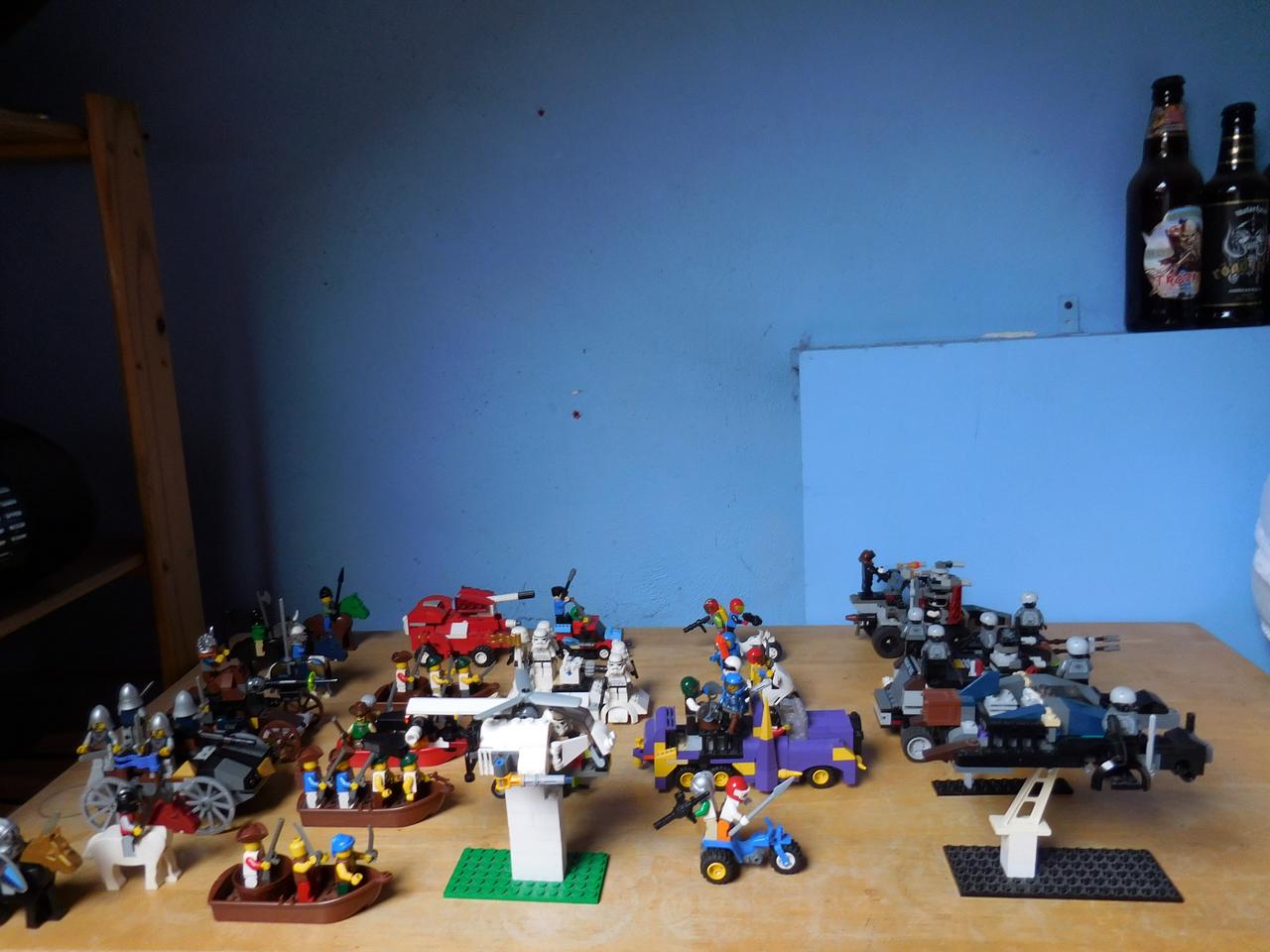 by hacos
This looks great. Can i have the peaches?

by Space Bunny
Hmmm... can I take pirates?

by lordintype
This looks so fun, could I have the knights?

Side note: is this based on Mr Skeltals skeleton war?

by ninja_bait
Are maniacs free? If not, give me what's left

by motorhead fan
You're all in! We just need one more player for the Phalek empire.

Side note: is this based on Mr Skeltals skeleton war?

The battle in question was way way older, before my time on the forums but it is similar in style to Mr Skeltals war.

Re: Cutting to the chase (1 Space left!)

Re: Cutting to the chase (1 Space left!)

by motorhead fan
Excellent, you're in!

by devincp
Okay so the shotgun phaleks will take up position right behind the APC facing the oncoming cars and attack the purple car. All of the men on the APC and the Machingune car will attack the motercyle drivers. trying to cause a crash and create debry that the others have to dodge. the normal machine gun car is going to slam on the brakes and try to get someone to ram into th back of it and casue a wreck. The Flying machine gun car is going to try and take out the other flying vehicle with it s guns and men with guns.

by ninja_bait
Yes uh I think my guys will dodge all of that and then surround the center car trying to kill all the occupants.

by Space Bunny
All the pirates will get their boats to touch and then all of them will cram onto one, and then SHOOT EVRY THING!

by lordintype
The knights will all charge up the line and attack anyone they can. The larger vehicles will drive up and unload their passengers onto the pirate boats, in a boarding action

by hacos
Orders for the peaches:
The guys on the tank will try to shoot the left maniac bike. The helicopter, the tank and the right cart will shoot the purple maniac cart and/or the guys riding on it.
the left cart tries to get close to the left manic bike and start a boarding action.
all figs without direct orders or who can't see their target just shoot somebody. All othe vehicles hold course.

Hello everyone, sorry for the long wait, I just had to get my shit together; now it's together in a great big stinking brown lump of shit, let's go. 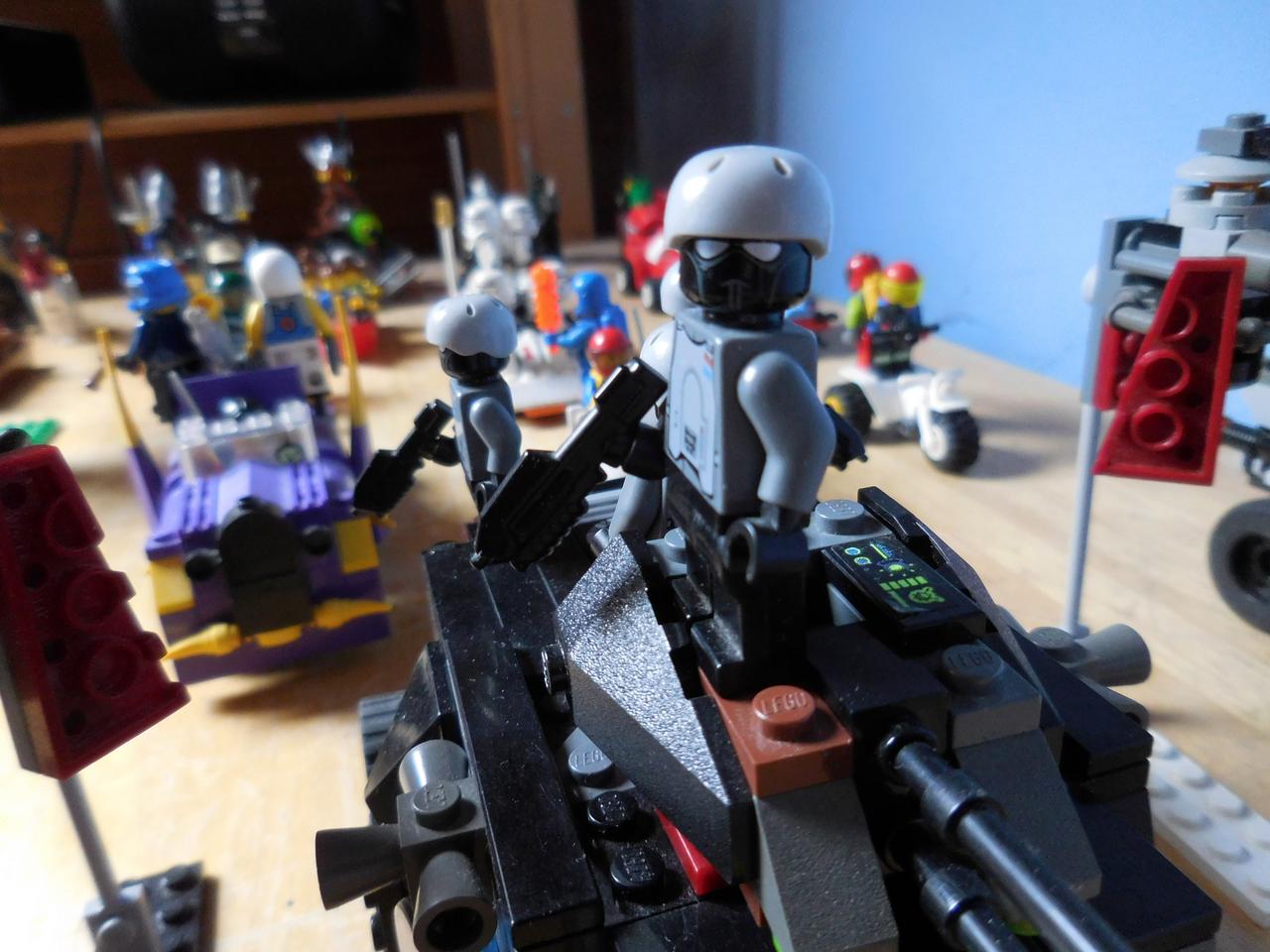 Shit's about to get real! 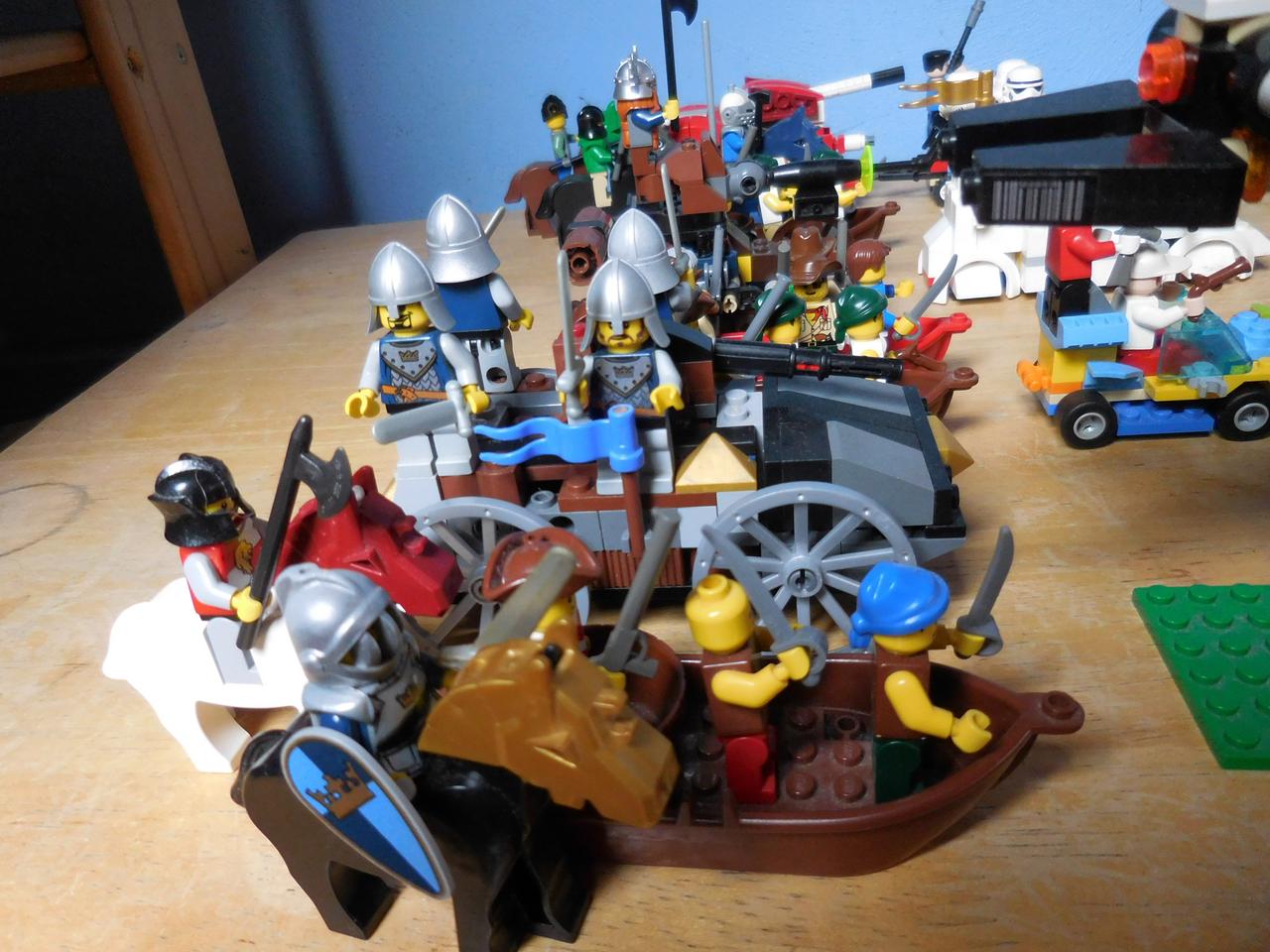 The knights all run forward. 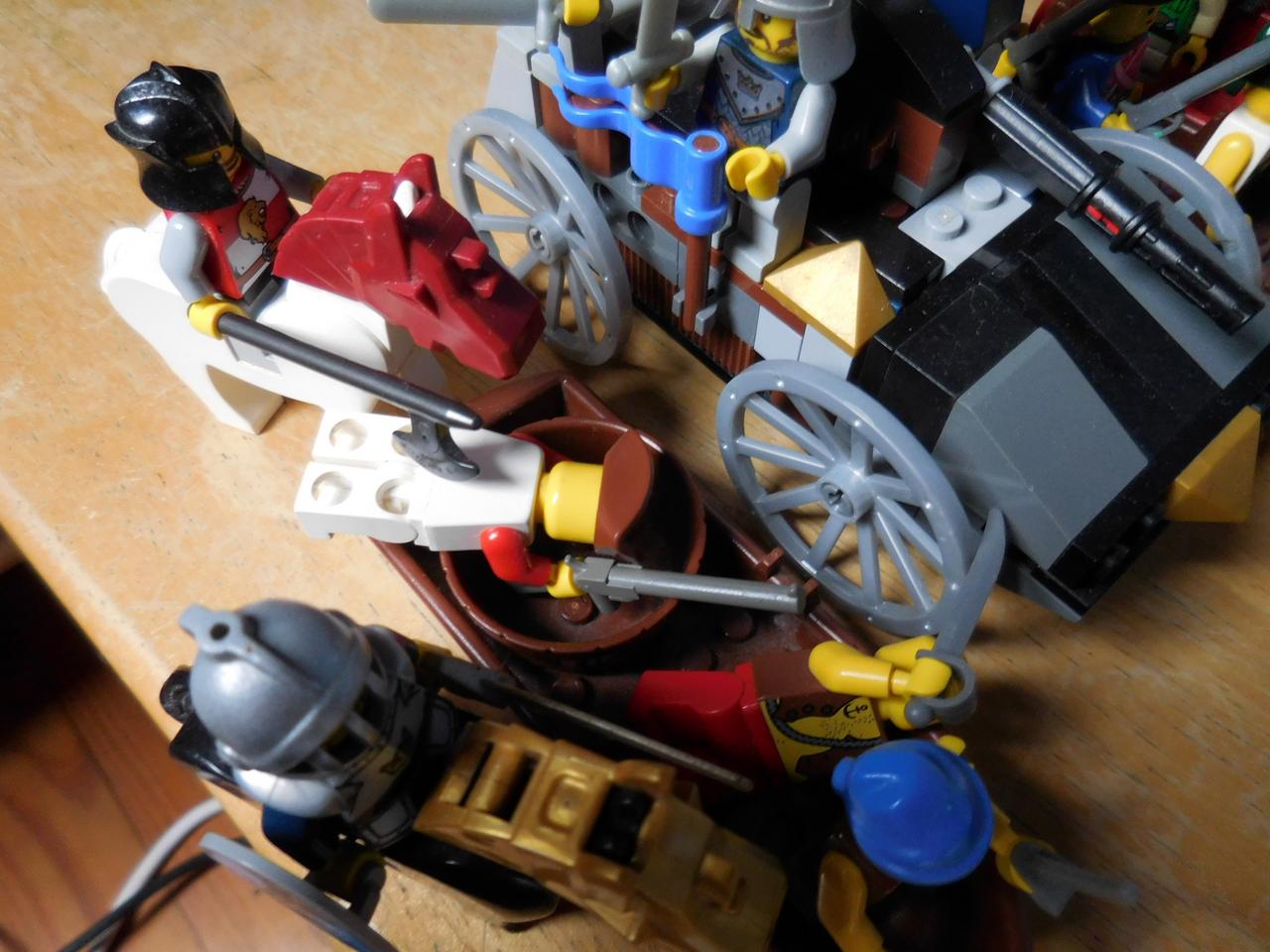 Two pirates get chopped by the horsemen. 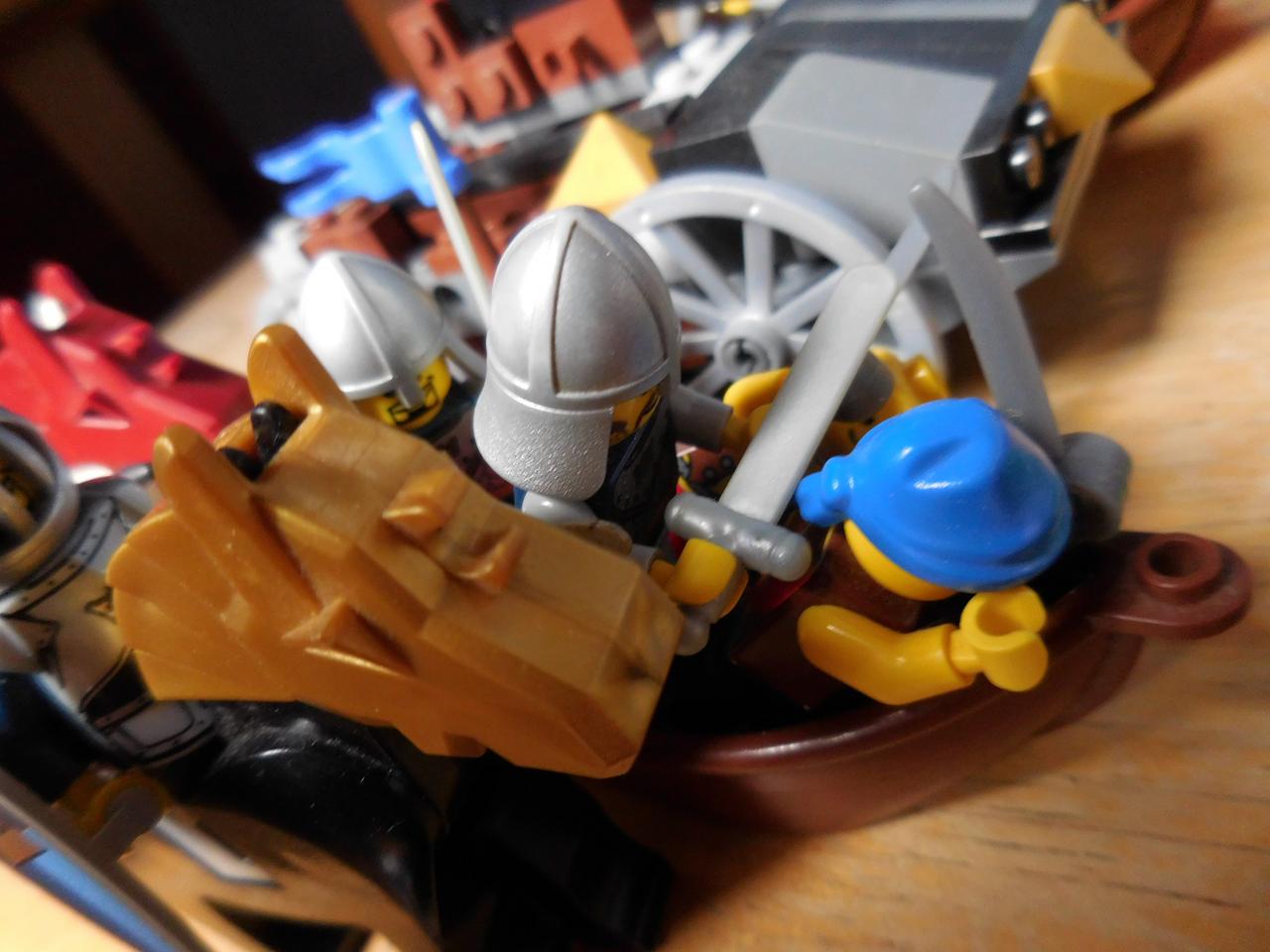 The other knights jump down and murder the last guy. 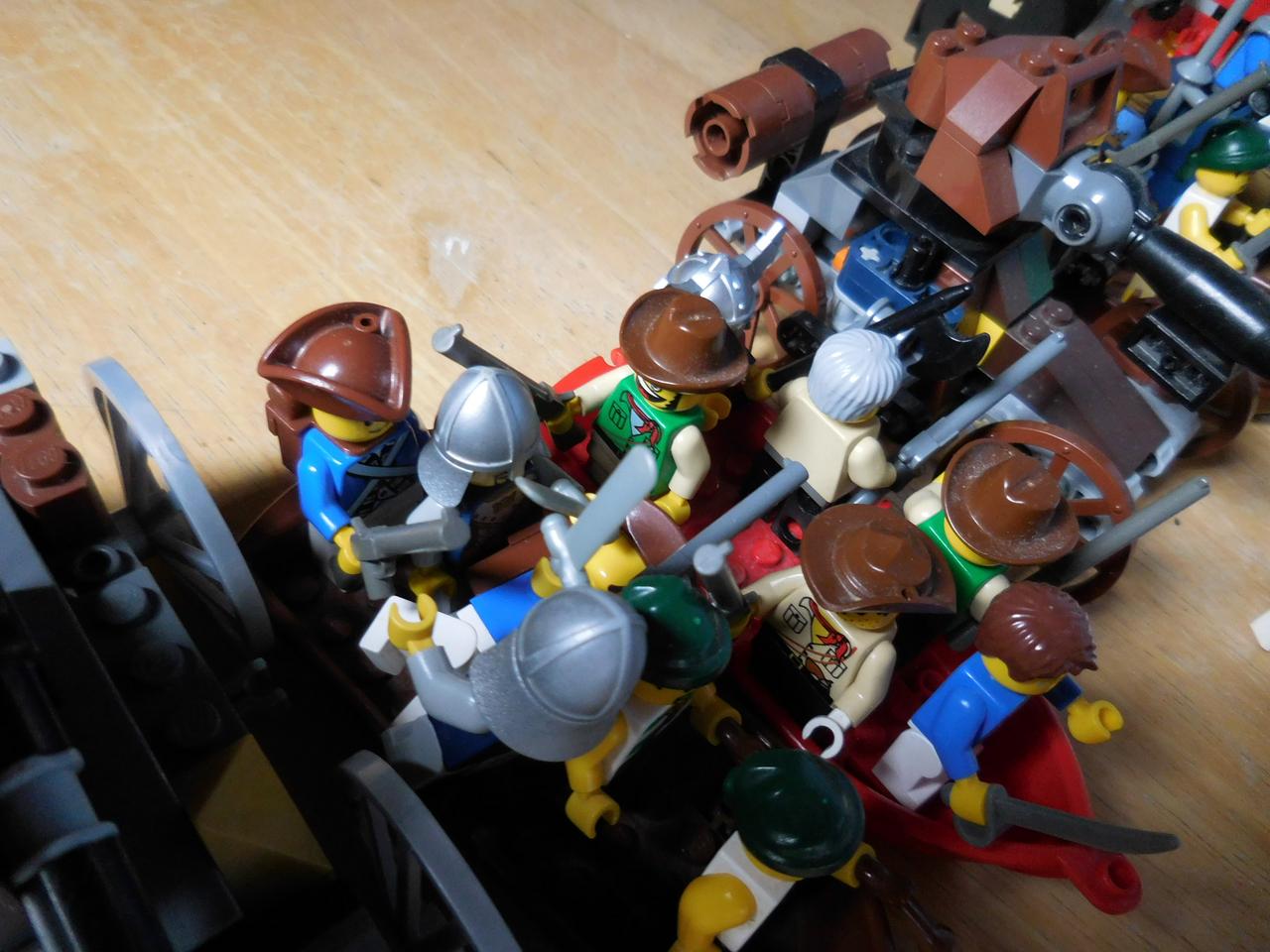 Here however, they only kill one guy. 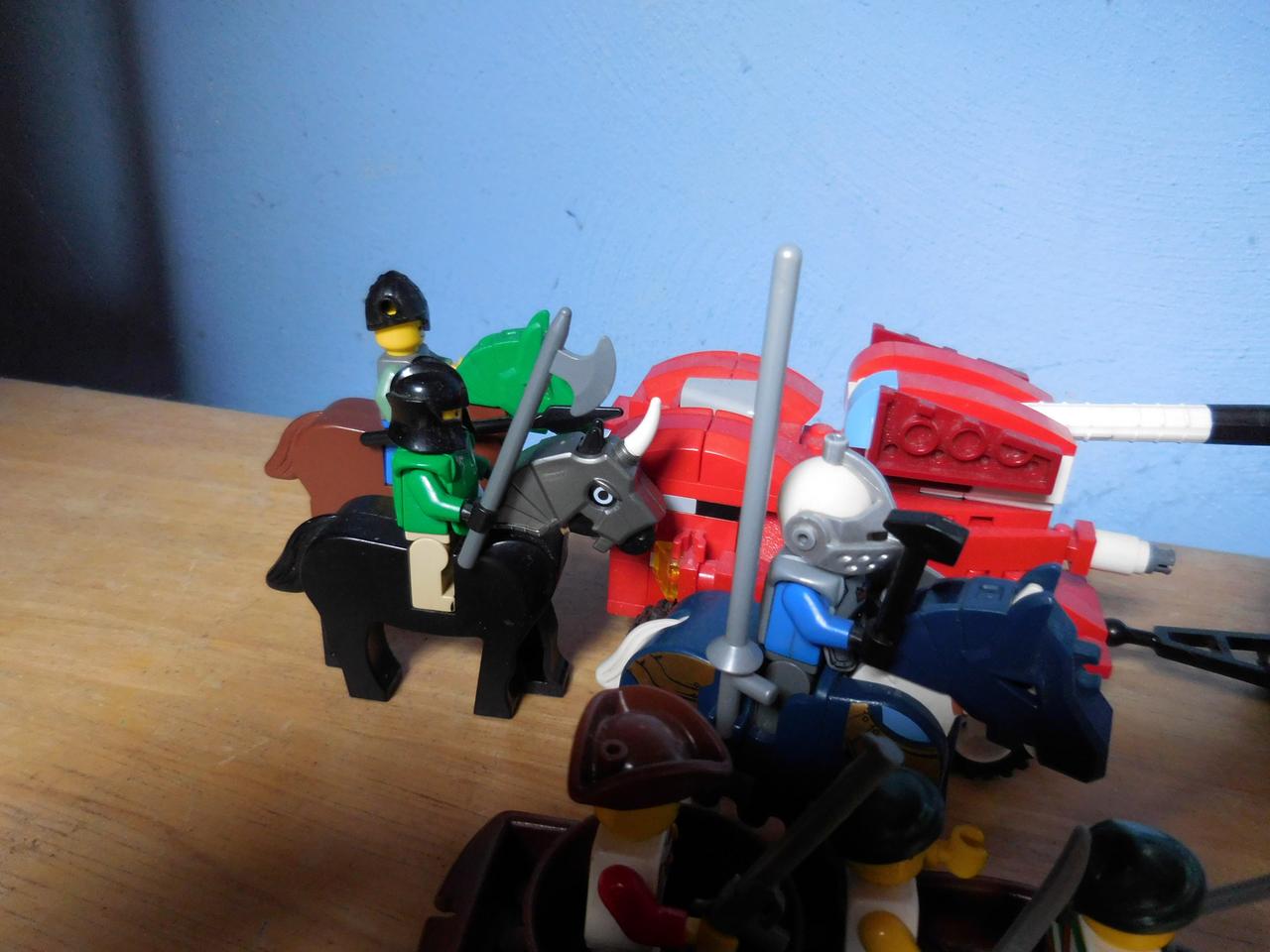 The horsemen whack their weapons uselessly against assorted things. 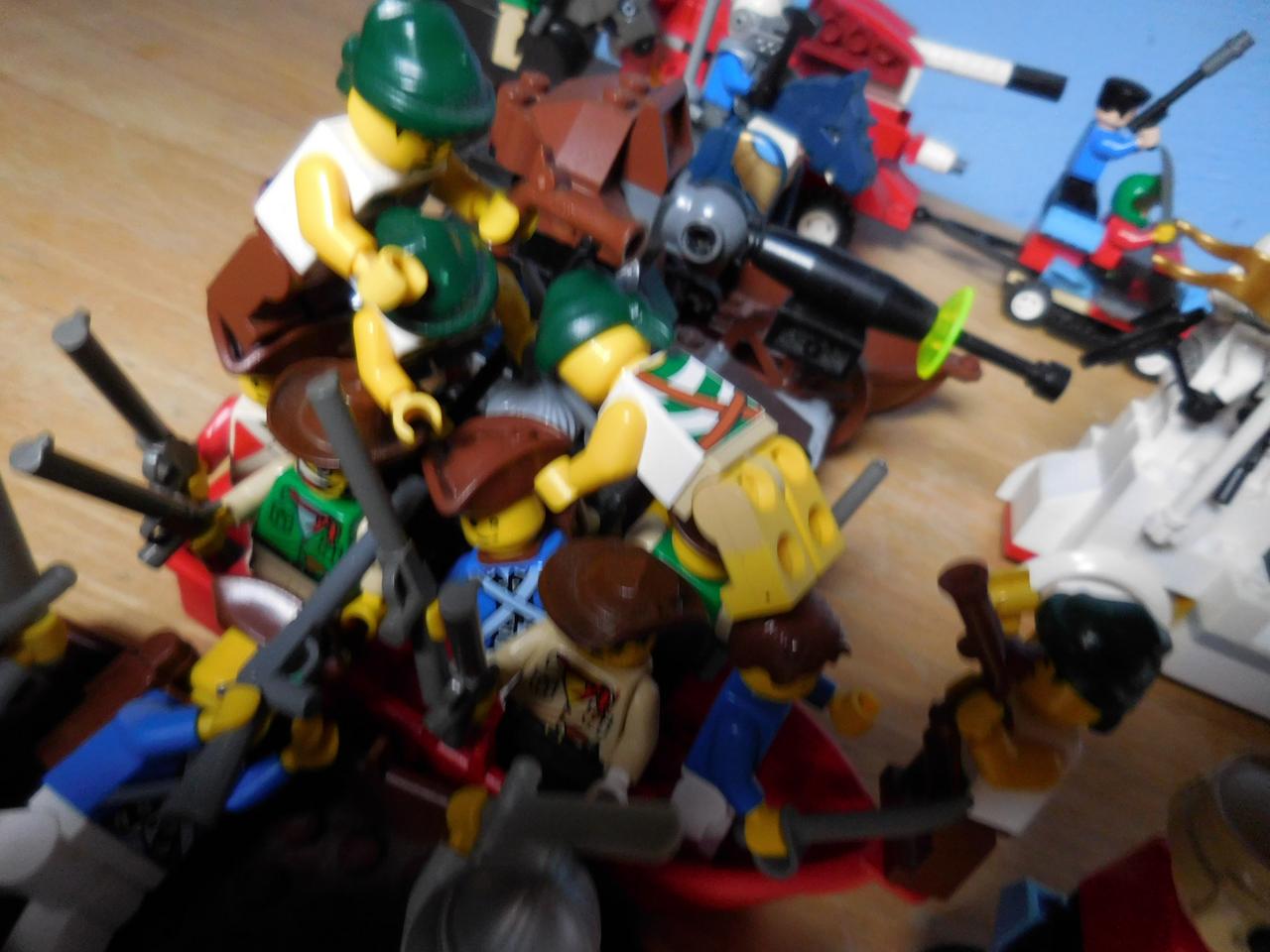 All of the pirate infantry gather into one boat. There is also a Dwarf under there somewhere. 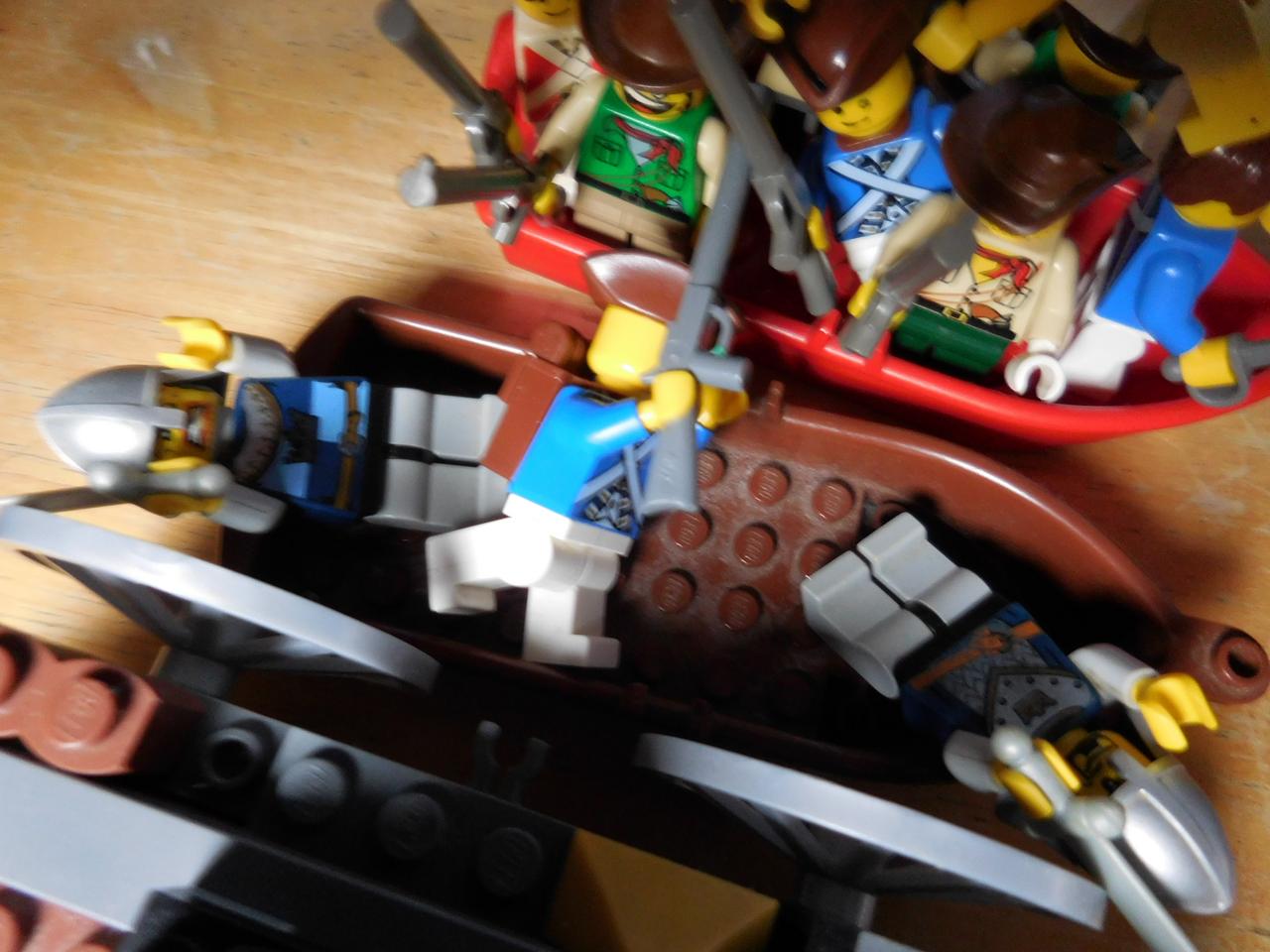 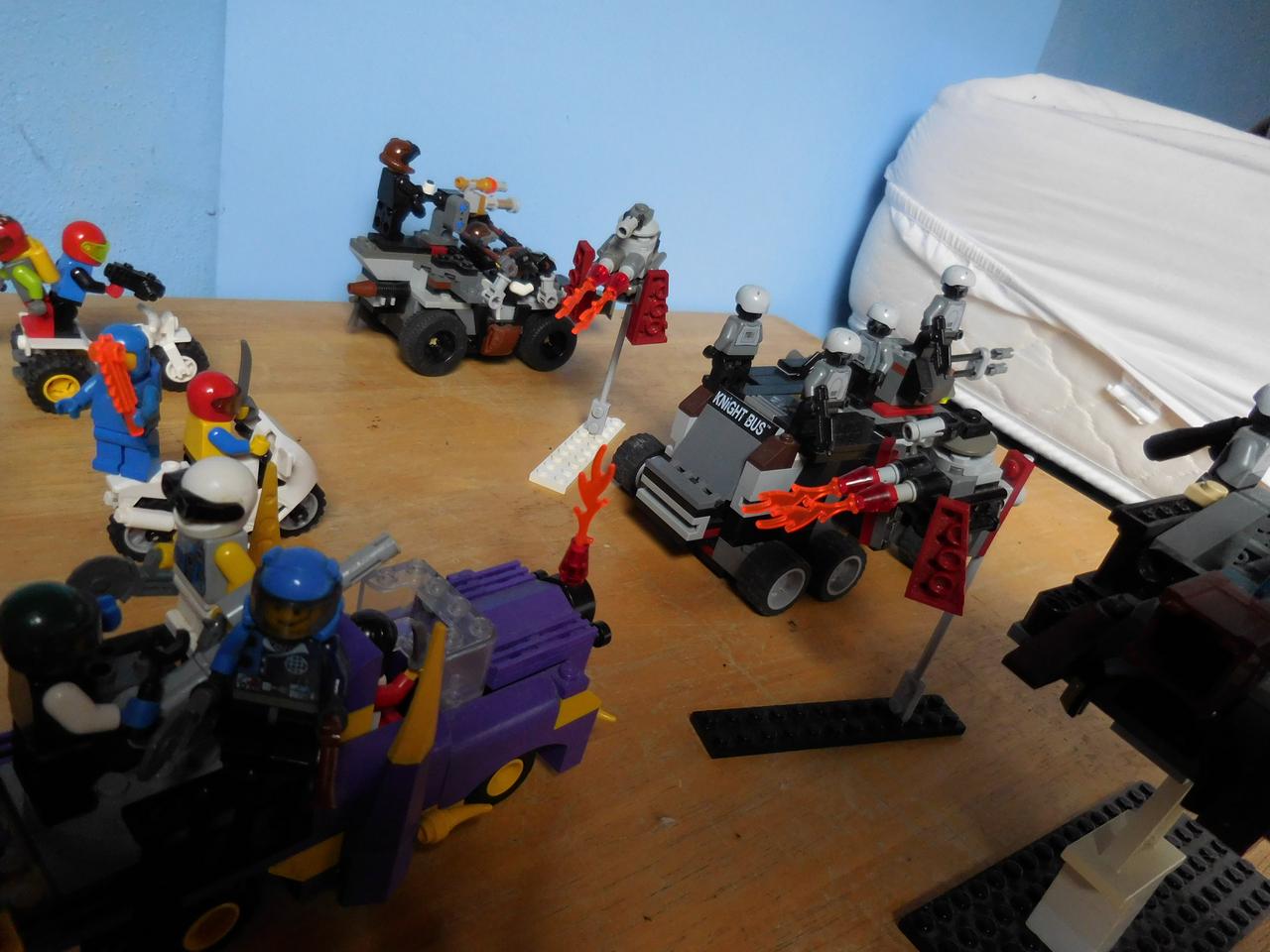 The 2 Phaleks fire their shotguns at the purple van, dealing a bit of damage. 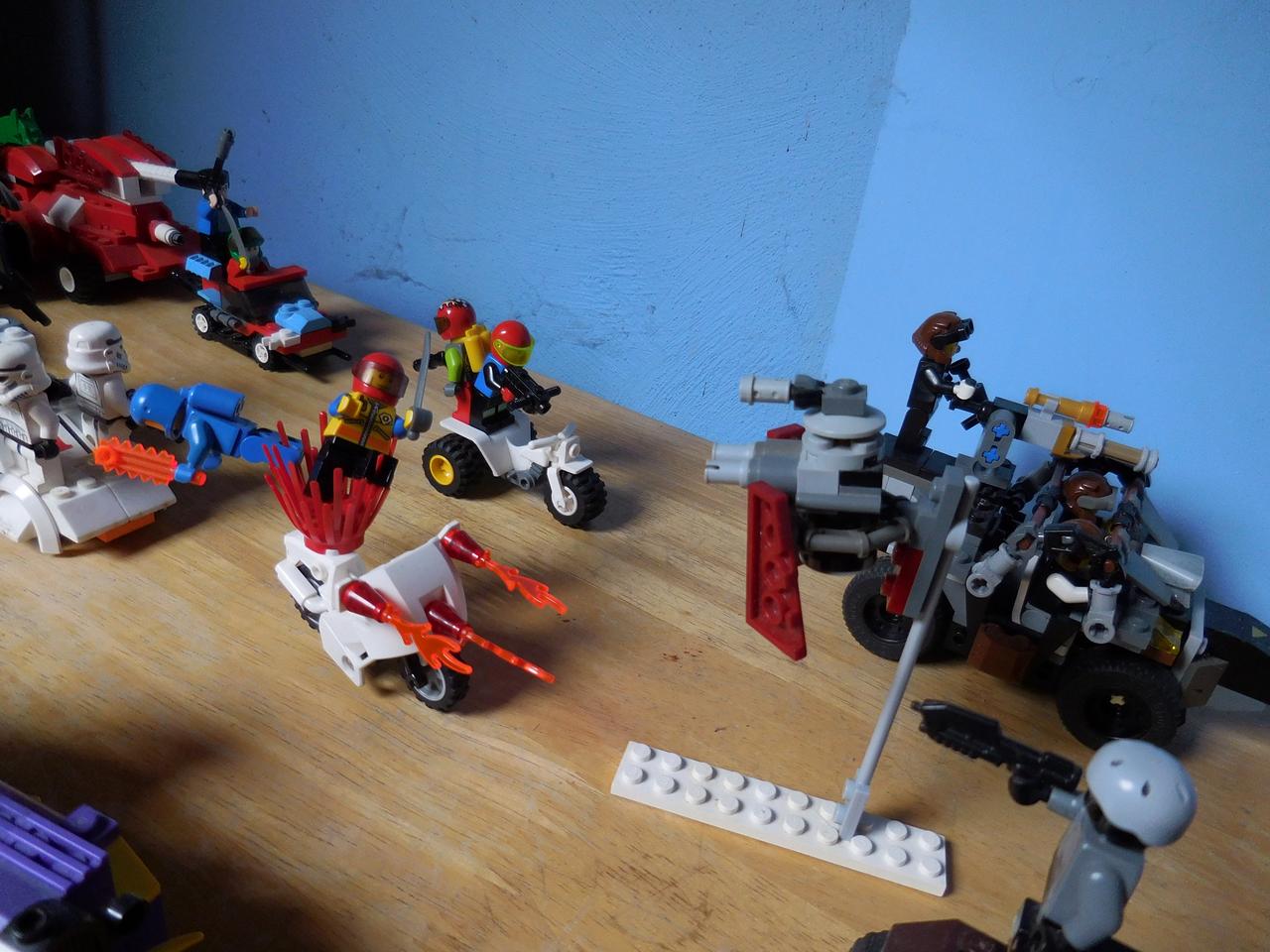 One of the Space troopers fires his assault rifle at the bike, killing both riders and blowing it up. 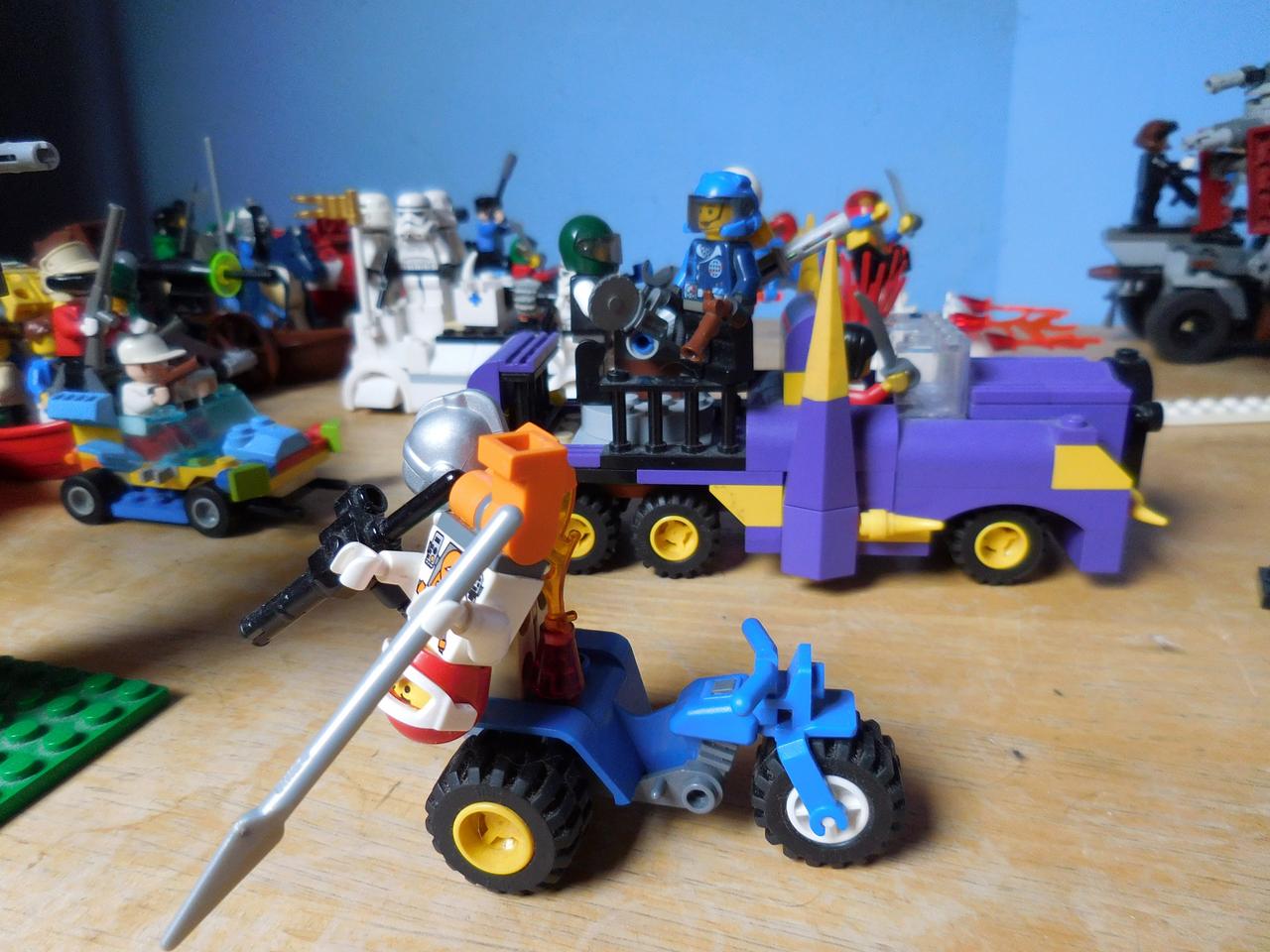 One of the guys over here gets shot by the other guy. 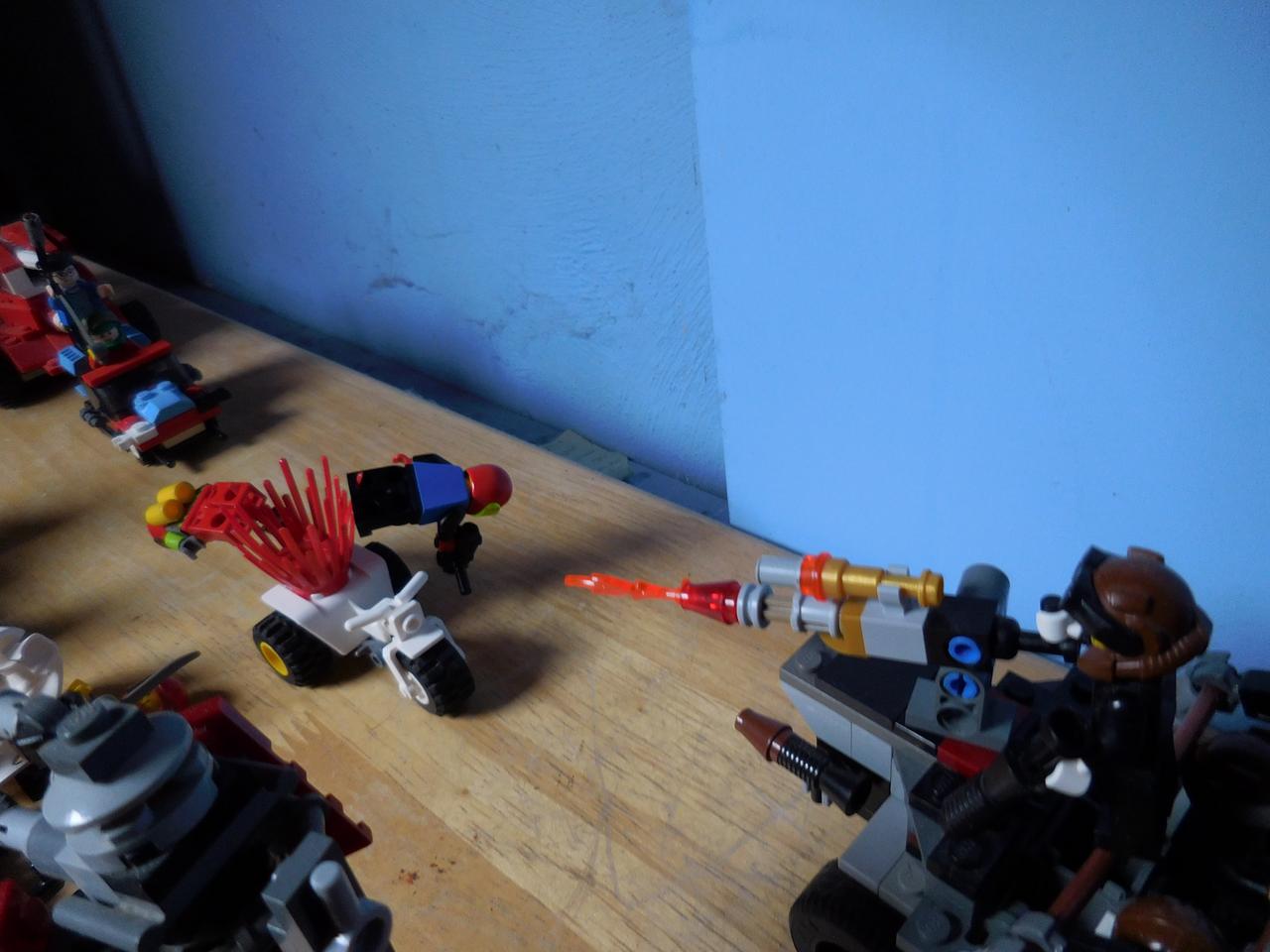 The machine gun here blows up the trike, killing both on board. 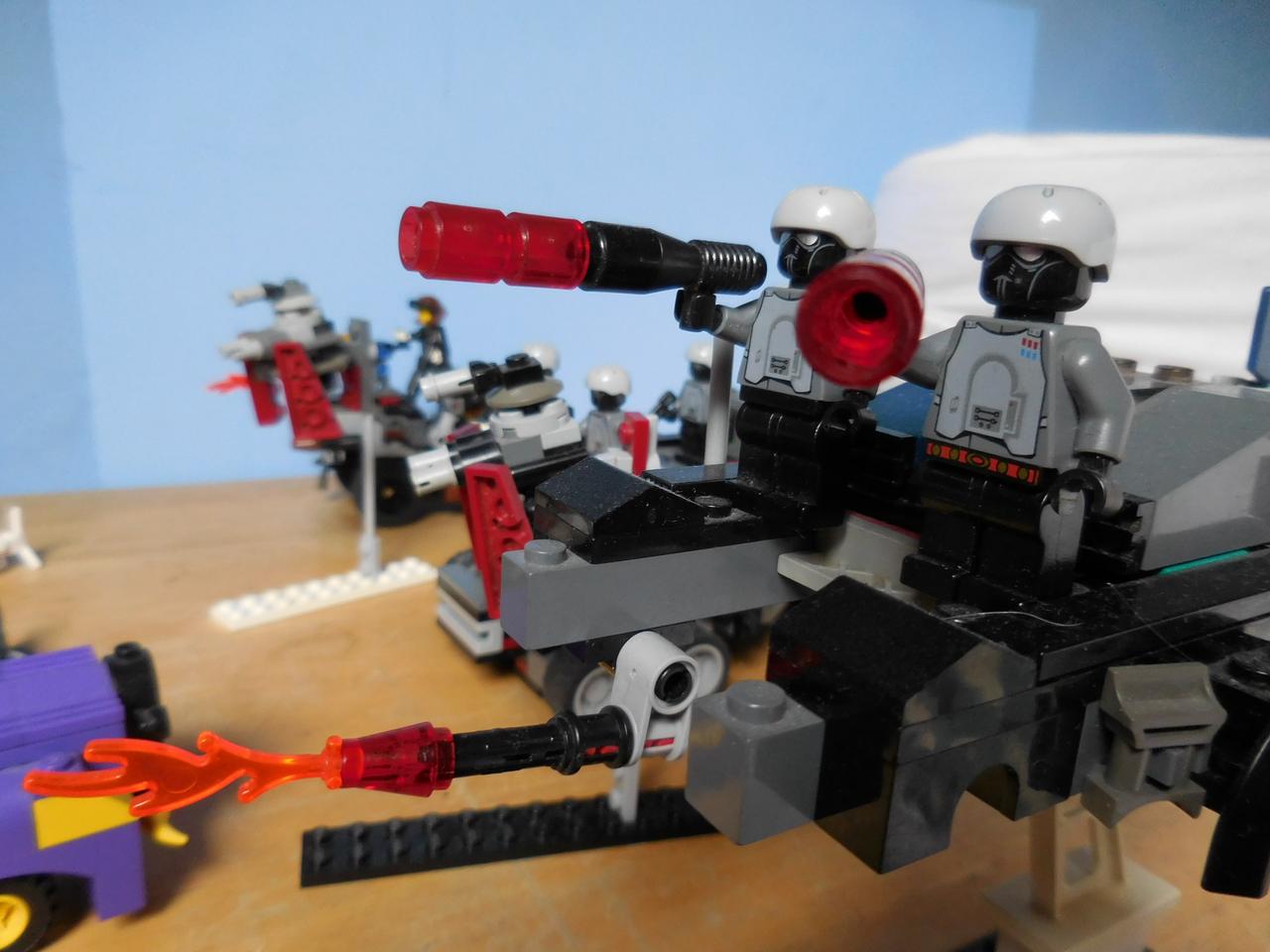 The flying car and the grenadiers fire at the helicopter. 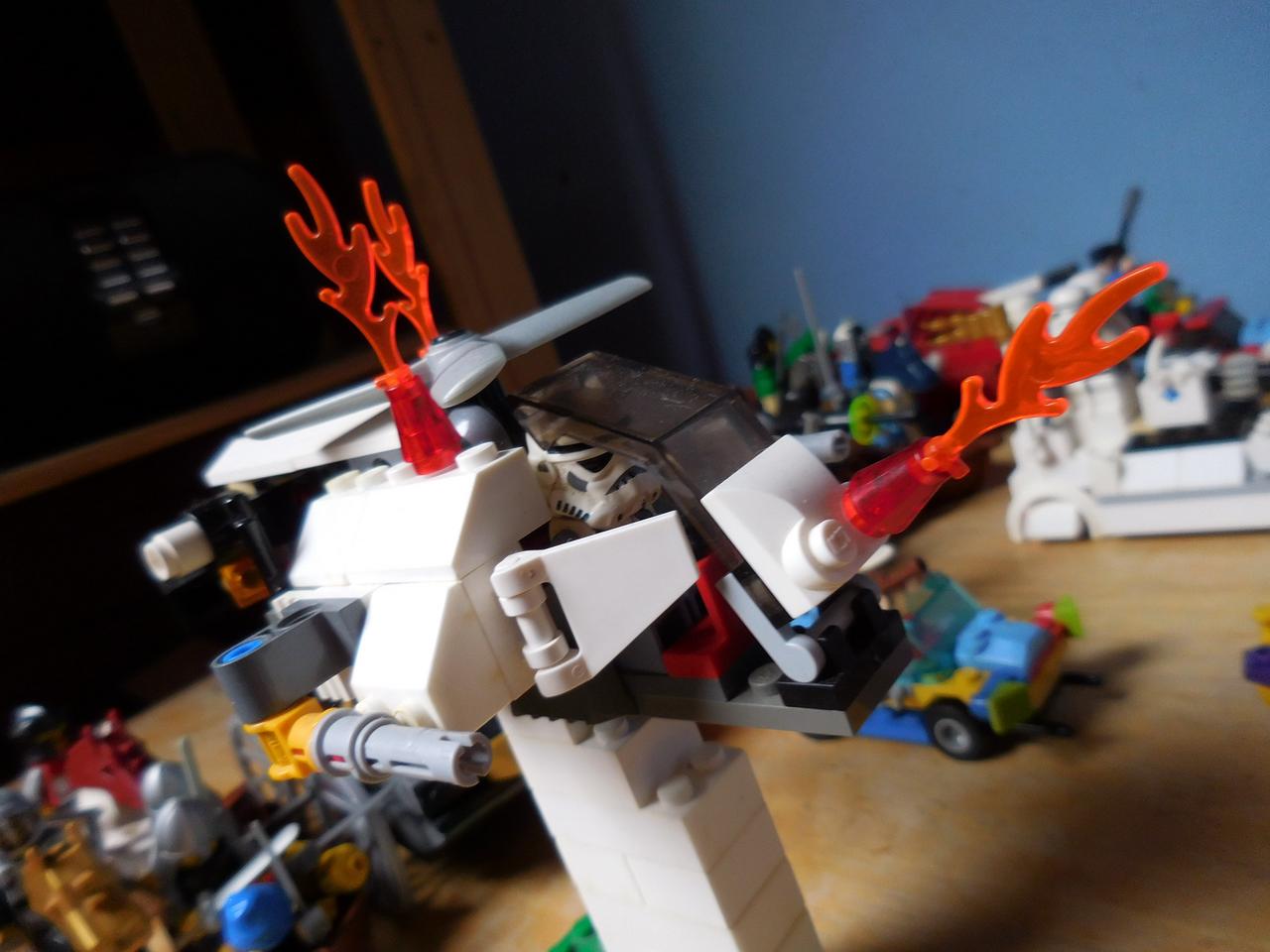 Damaging it but not killing it. 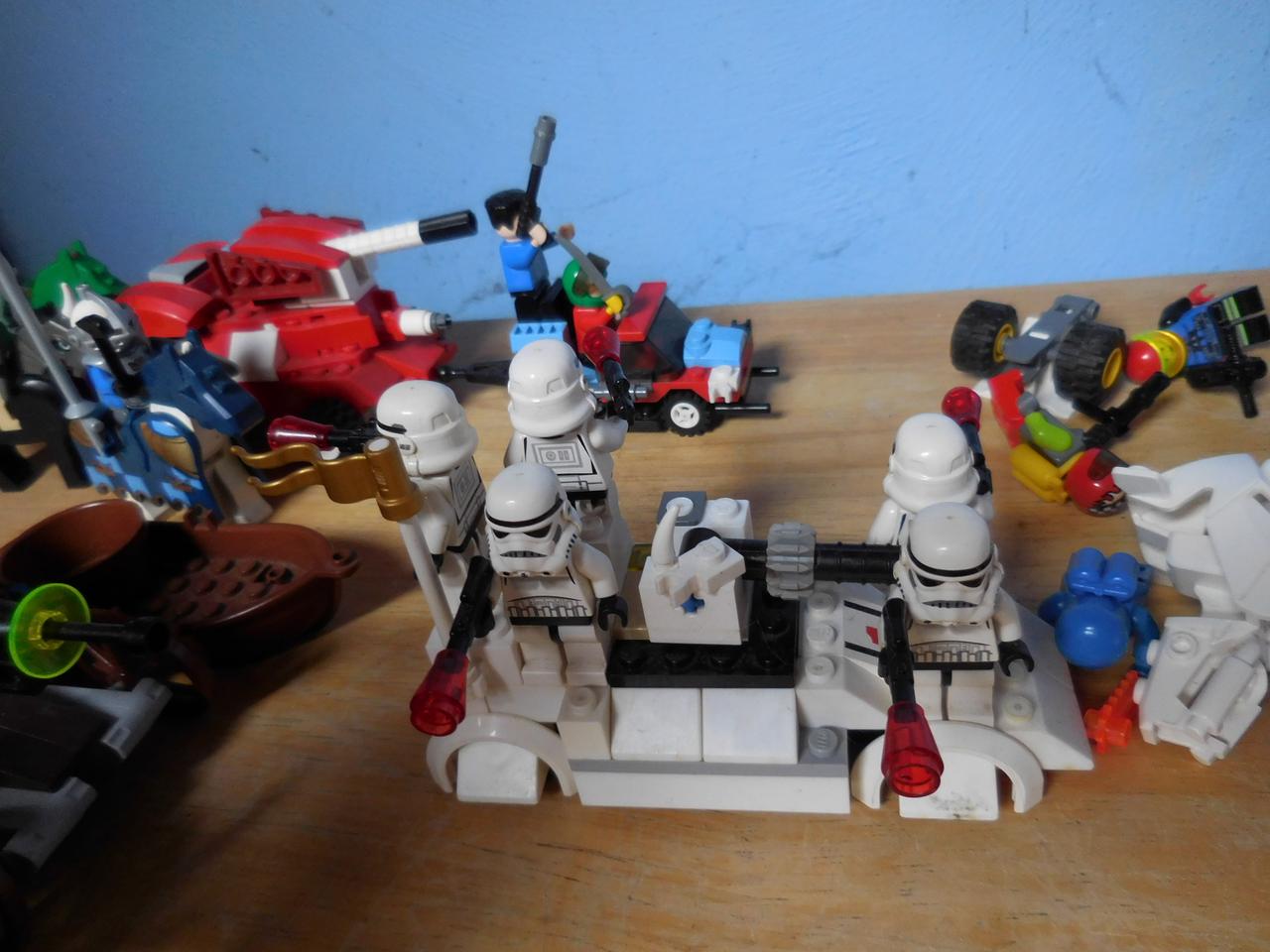 The storm troopers shoot at various targets around them, they successfully fail to kill anyone. 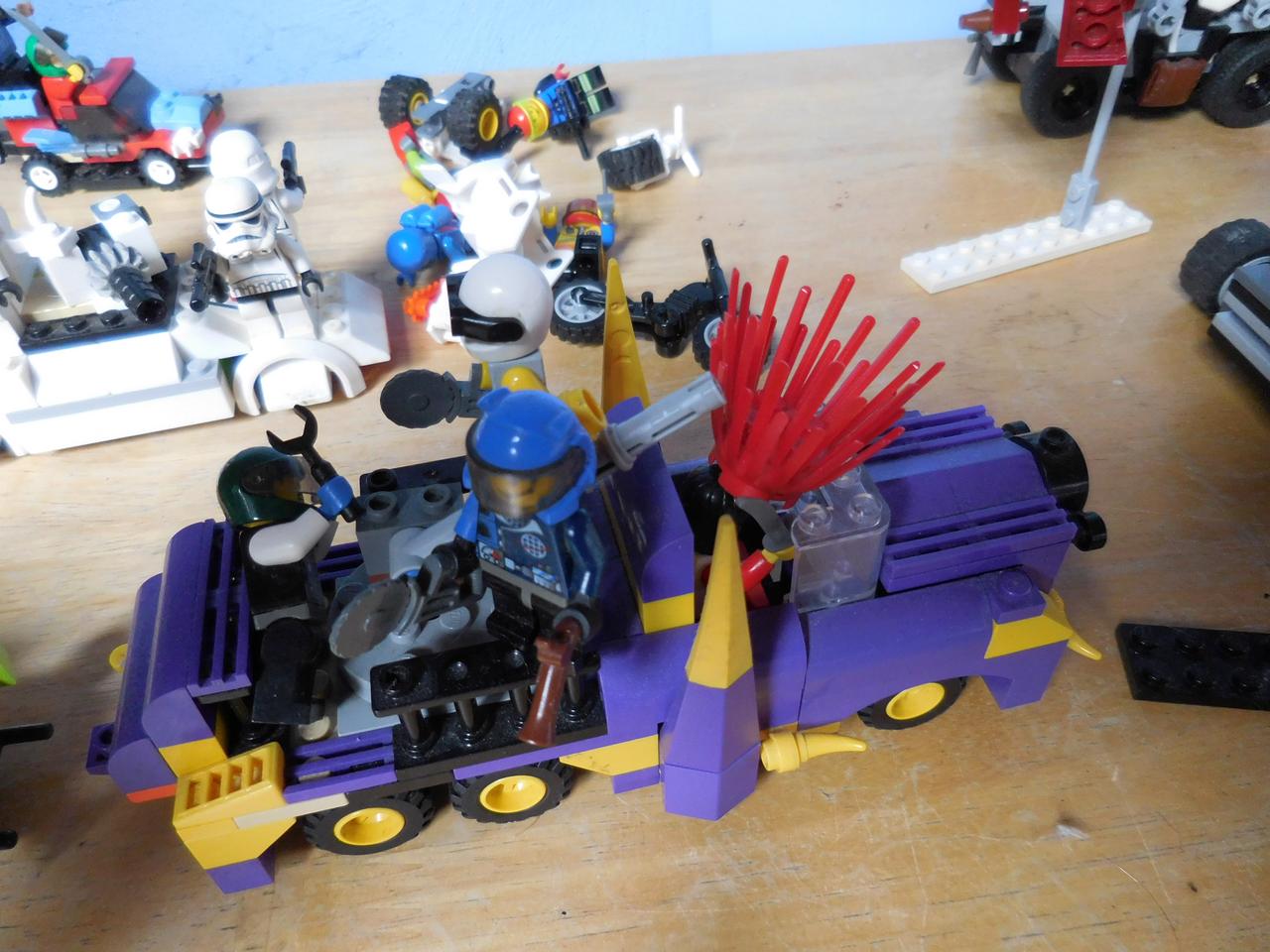 The tank and the helicopter shoot at the purple van, damaging it a lot and killing the driver, one of the guys riding it gets shot by a peach behind him. 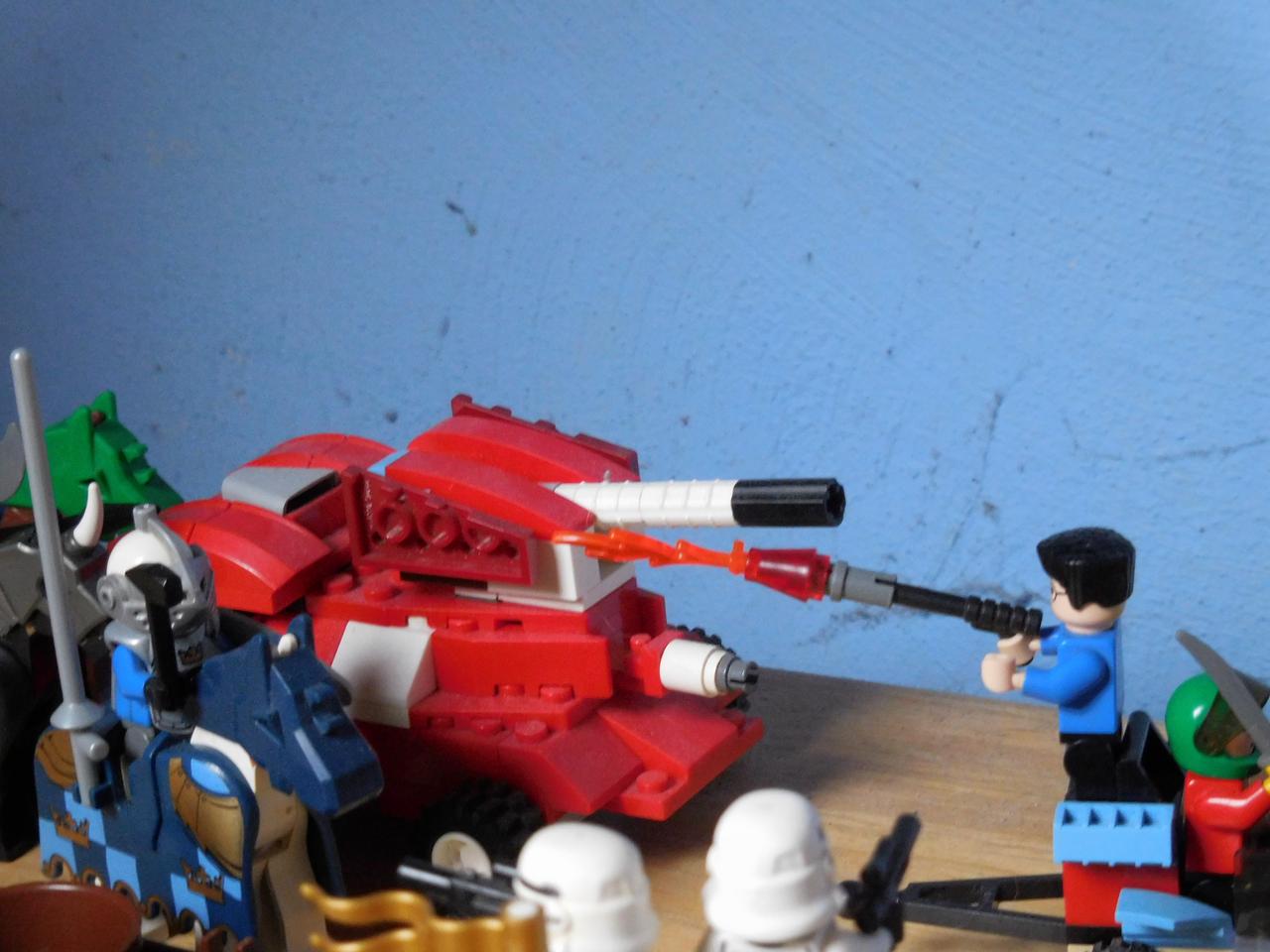 this guy gets a direct hit on the air next to the knight. 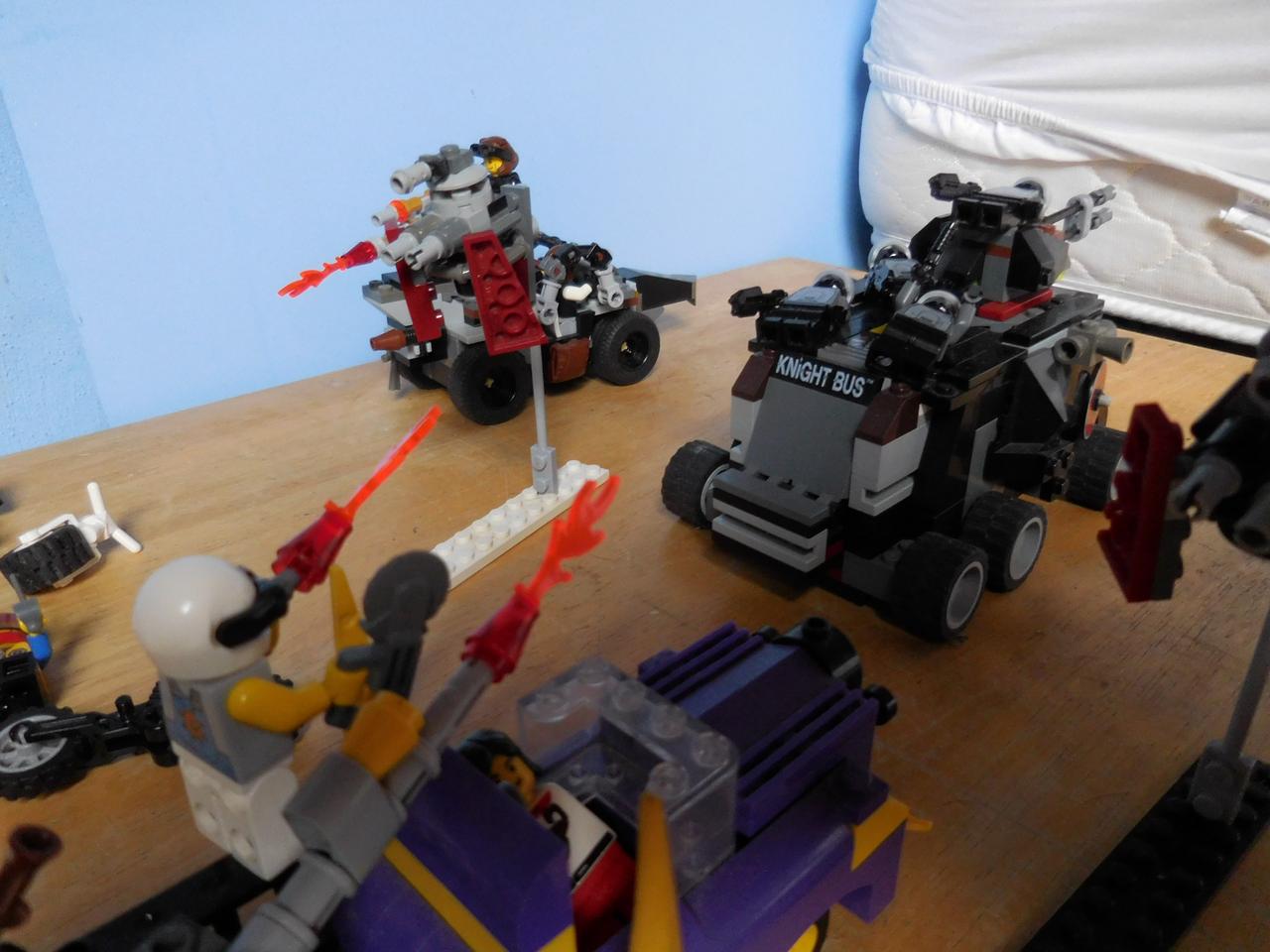 The surviving maniacs on the purple van gun down all the space troopers. 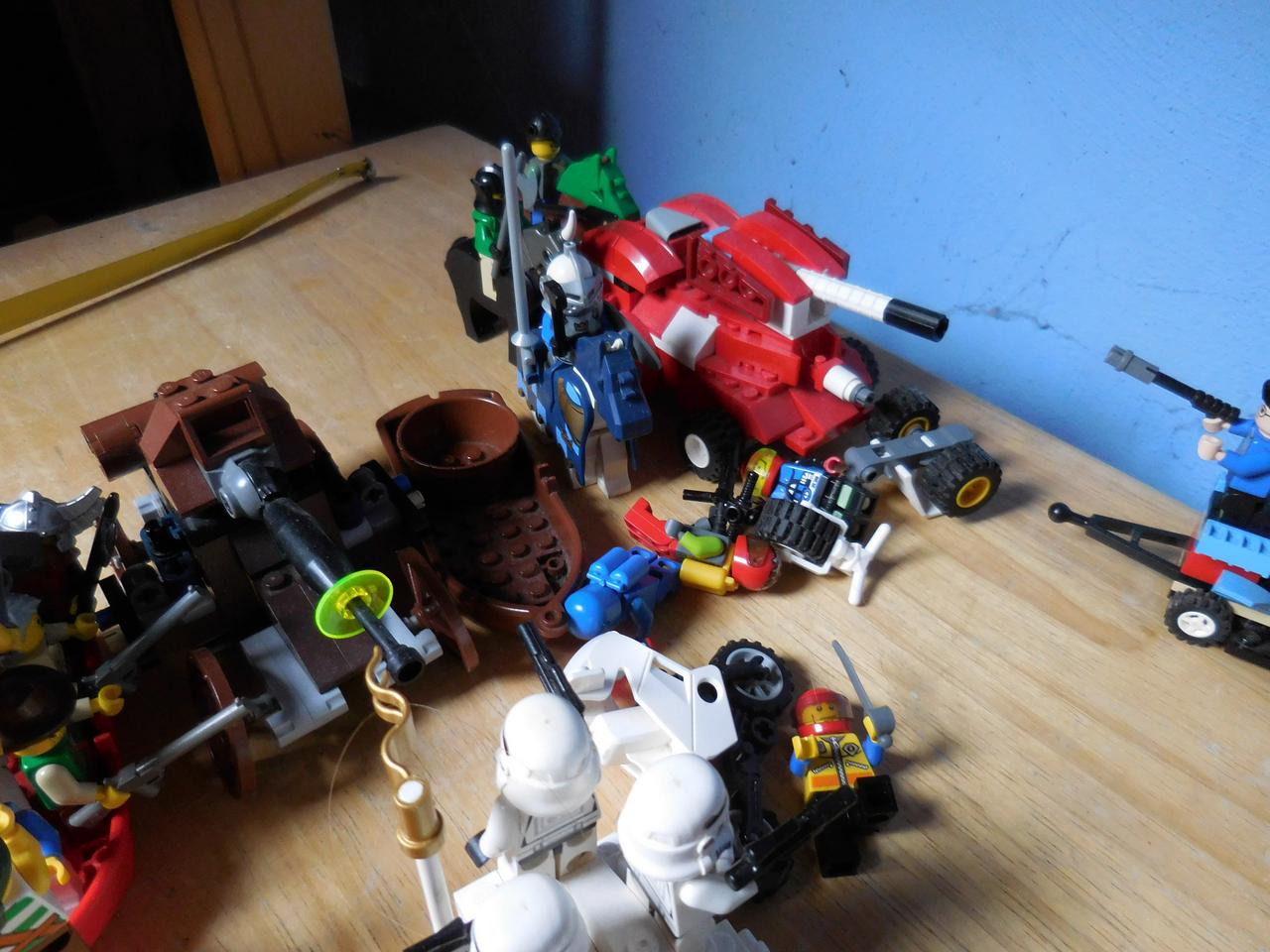 The peaches manage to avoid all the broken bits and pieces, the others will have to deal with that next turn. 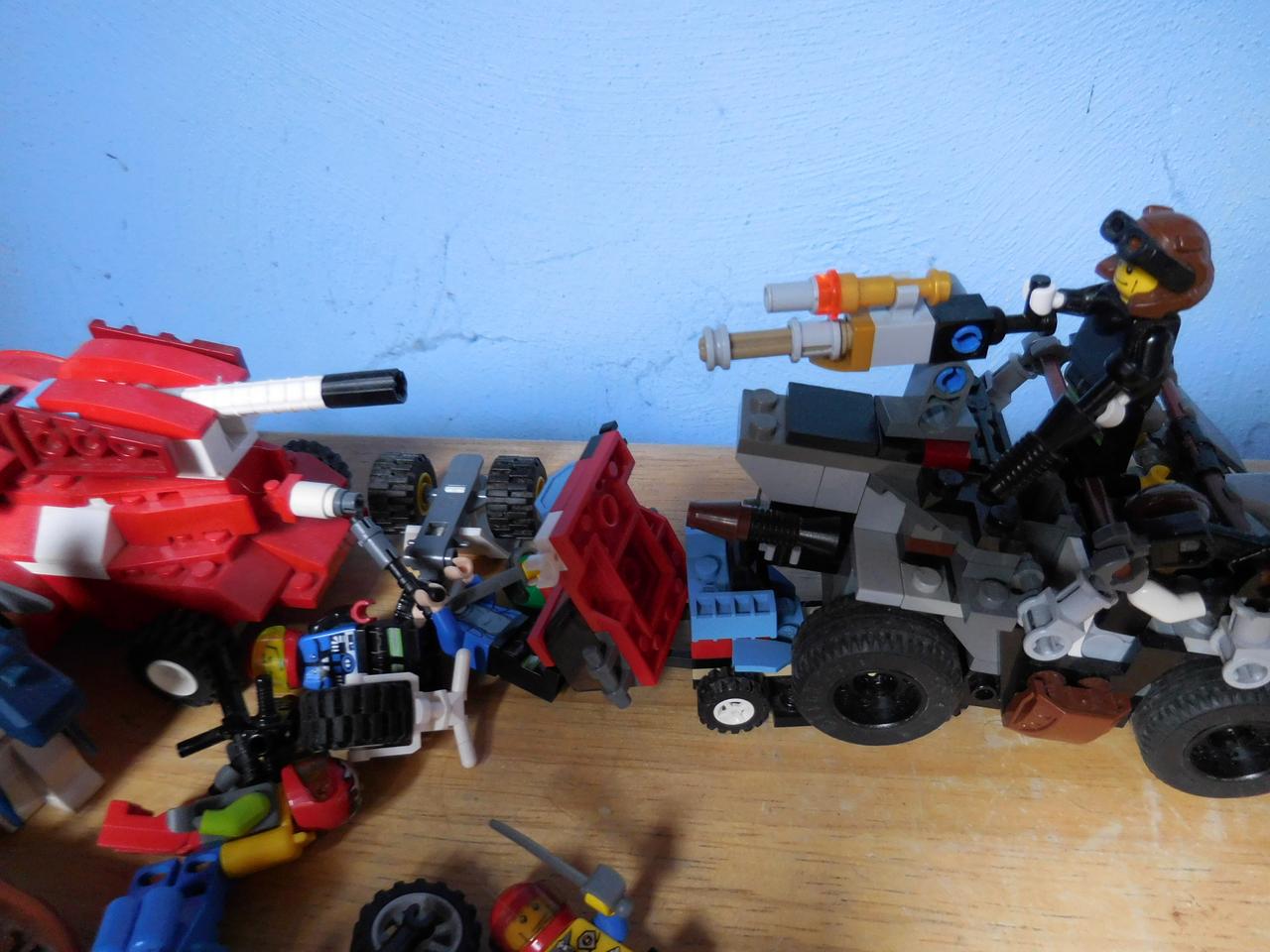 The Phalek machine gun car hits the breaks and the peach car slams into the back at top speed. The car and both occupants die instantly, the larger car also sustains a fair amount of damage. 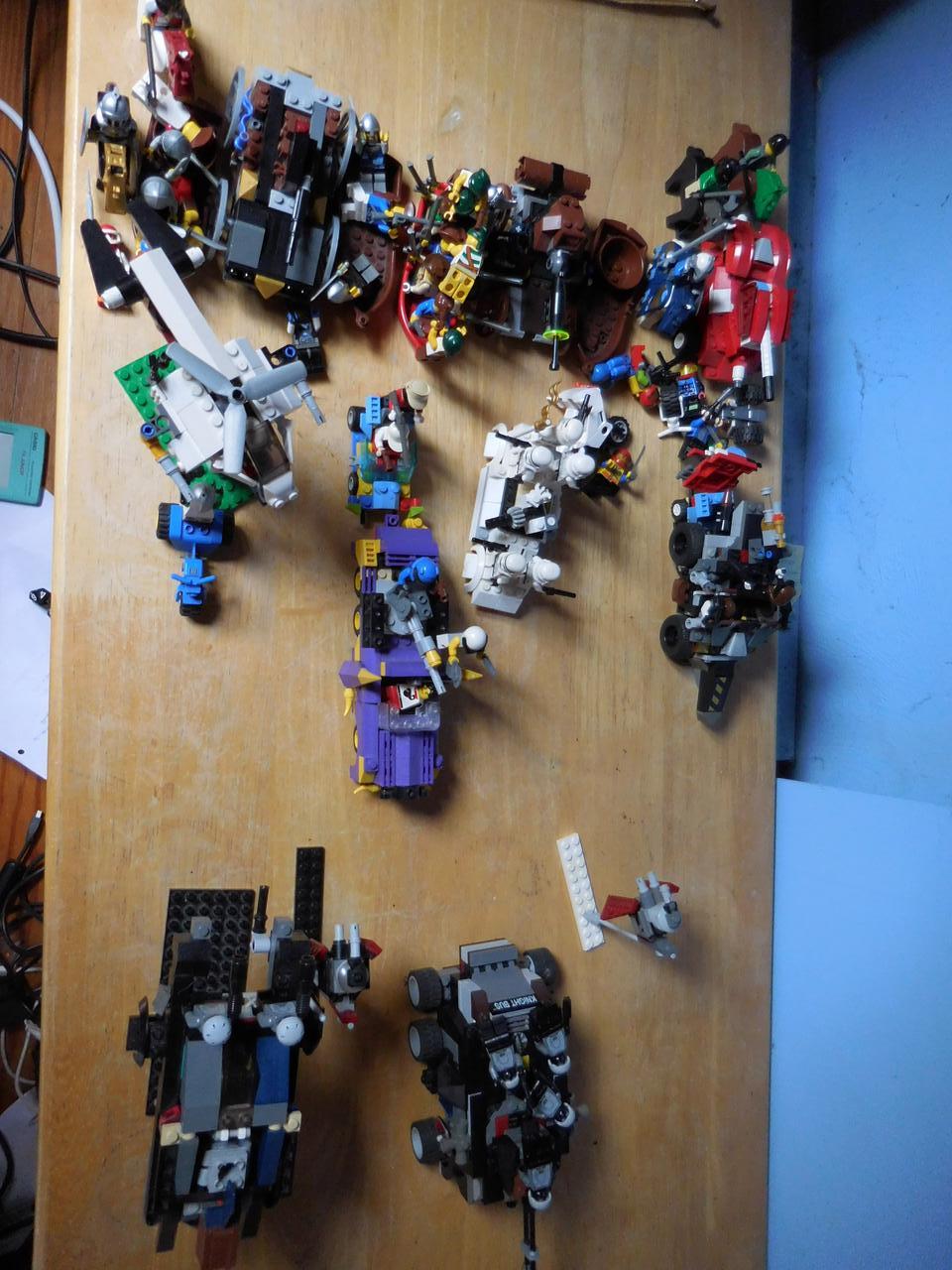 Send your orders for turn 2.

Re: Cutting to the chase Turn 1

by Space Bunny
Get as far forwards to the stormtrooper car and ALL DA PIRATS JUMP ON IT! And try and seize it for themselves
All times are UTC-05:00
Page 1 of 2
Powered by phpBB® Forum Software © phpBB Limited
https://www.phpbb.com/