This small but heavily fortified outpost houses the planet's defense laser system. While it is operational, the array can destroy any spaceships that get too close to the planet. The Hooded Crusaders have been using the facility on Agethol as a base from which to disrupt important shipping lines that pass near to the planet. This has caused massive delays in the shipment of vital supplies from Minagalcia to its allies. A Minagalcian battlegroup consisting of two battleships and several light cruisers attempted to destroy the array from orbit, but were unsuccessful and suffered heavy damage. With the possibility of a full scale invasion off the table, a small strike team of Minagalcian and Han Khan troops is shuttled down to the planet's surface undetected during the small window of time during which the defense array cannons are cycling power. Their objective: capture or destroy the defense array so that an invasion of the planet can begin. However, they will not be unopposed in their mission

Defenses: The facility is heavily guarded, and only accessible by crossing a narrow bridge 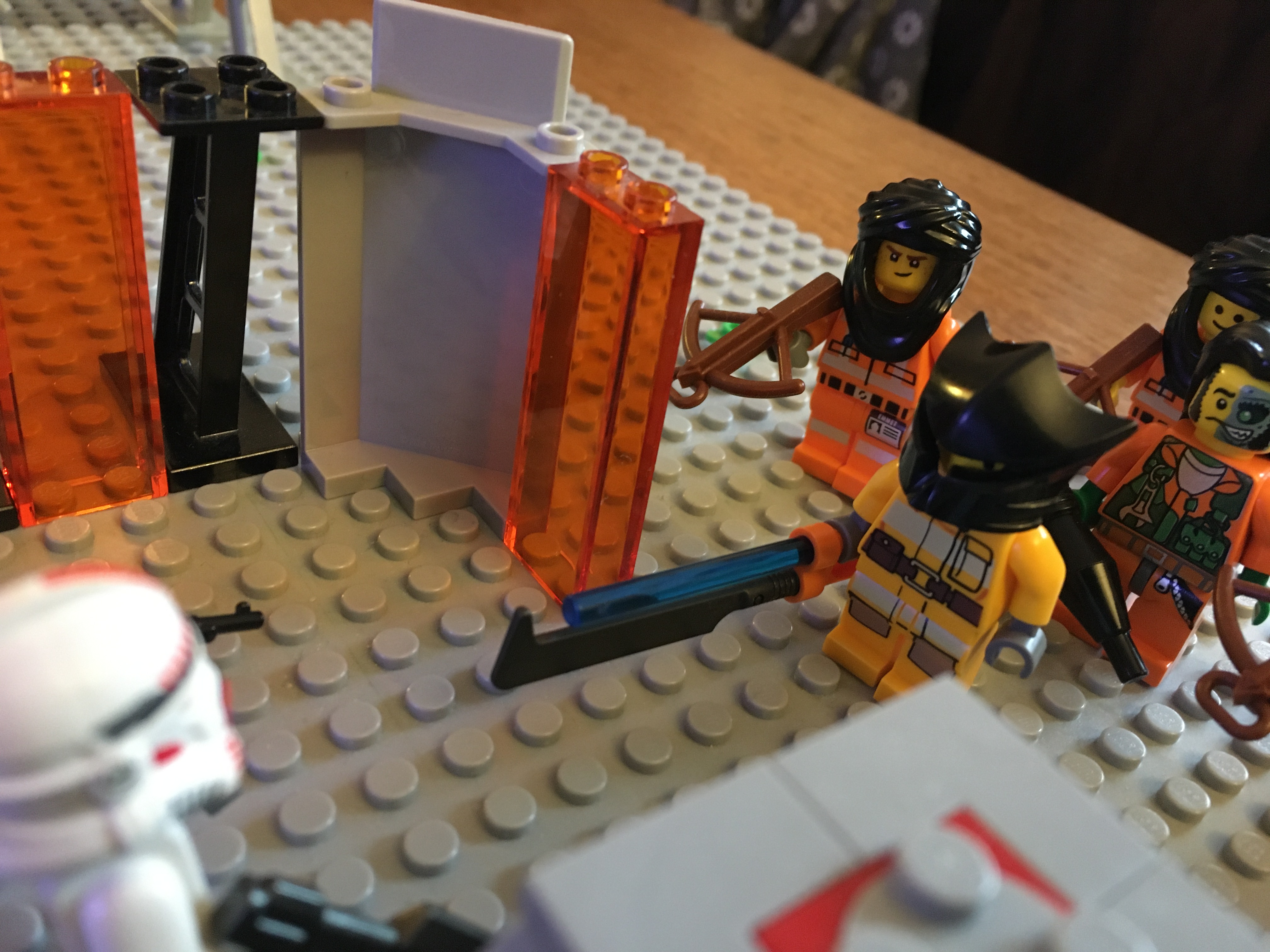 Although this facility is typically overseen by allied security forces and not the crusaders themselves, today is an exception, as Crusader Duncan leads a team of soldiers into the small facility.

Security Captain: It's good to see you sir. our defenses are in working order

Crusader Duncan: Yes, but this is no time for small talk captain. My spies have informed me that a detachment of enemy soldiers is coming to take this base. We've discovered the landing sight of their craft, and it appears that they are moving West towards this installation.

Crusader Duncan: See to the defense of this facility Captain. I will bolster your forces with my own guard, but we cannot expect any reinforcements. We will have to use the layout of this outpost to our advantage.

Security Captain: Yes Sir! My men are at your command. They will begin taking up defensive positions around the base right away. 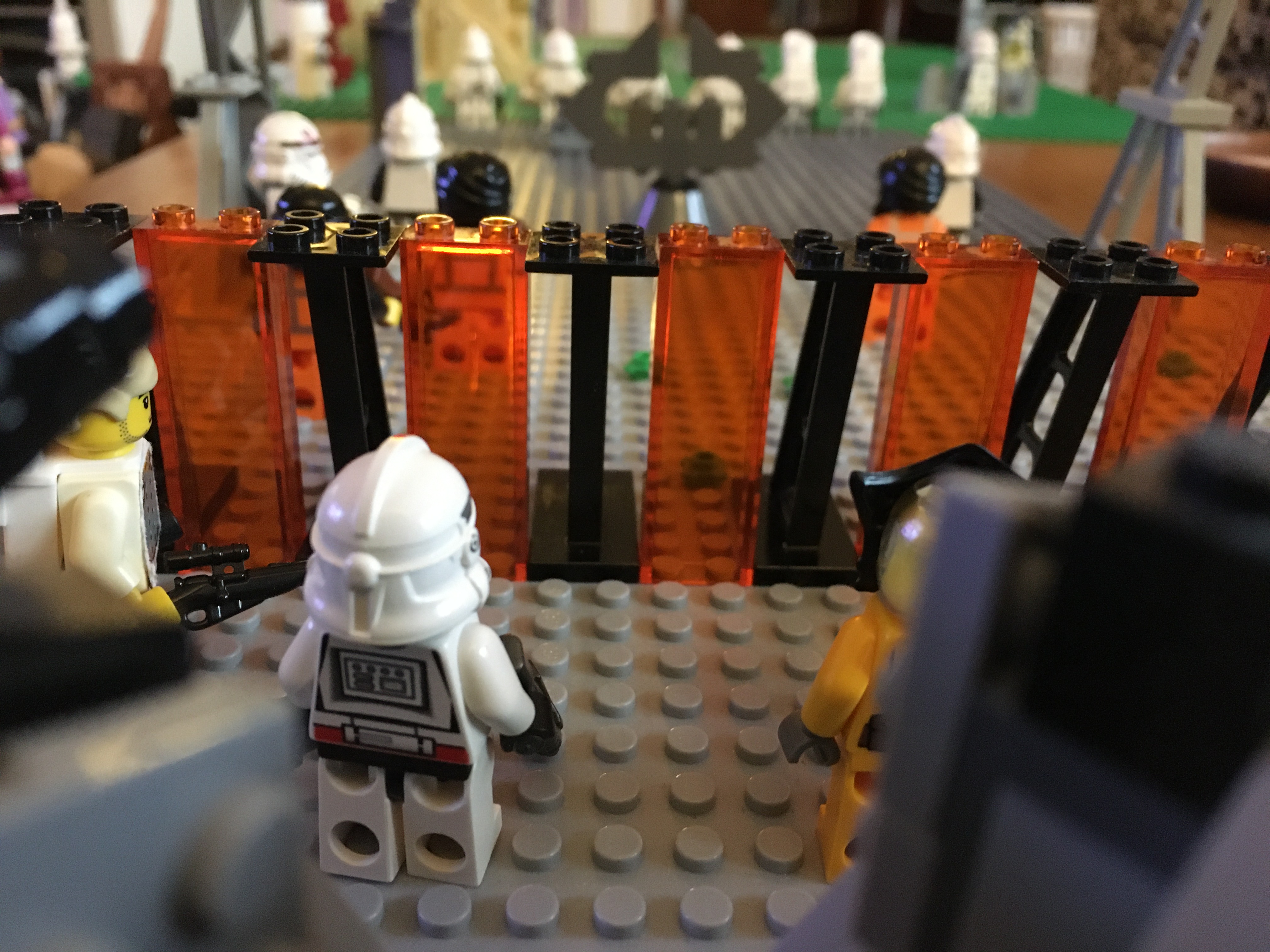 The two men watch as the base is prepared for battle. They know this will be a costly ordeal, but an eminently survivable one, should they be victorious. 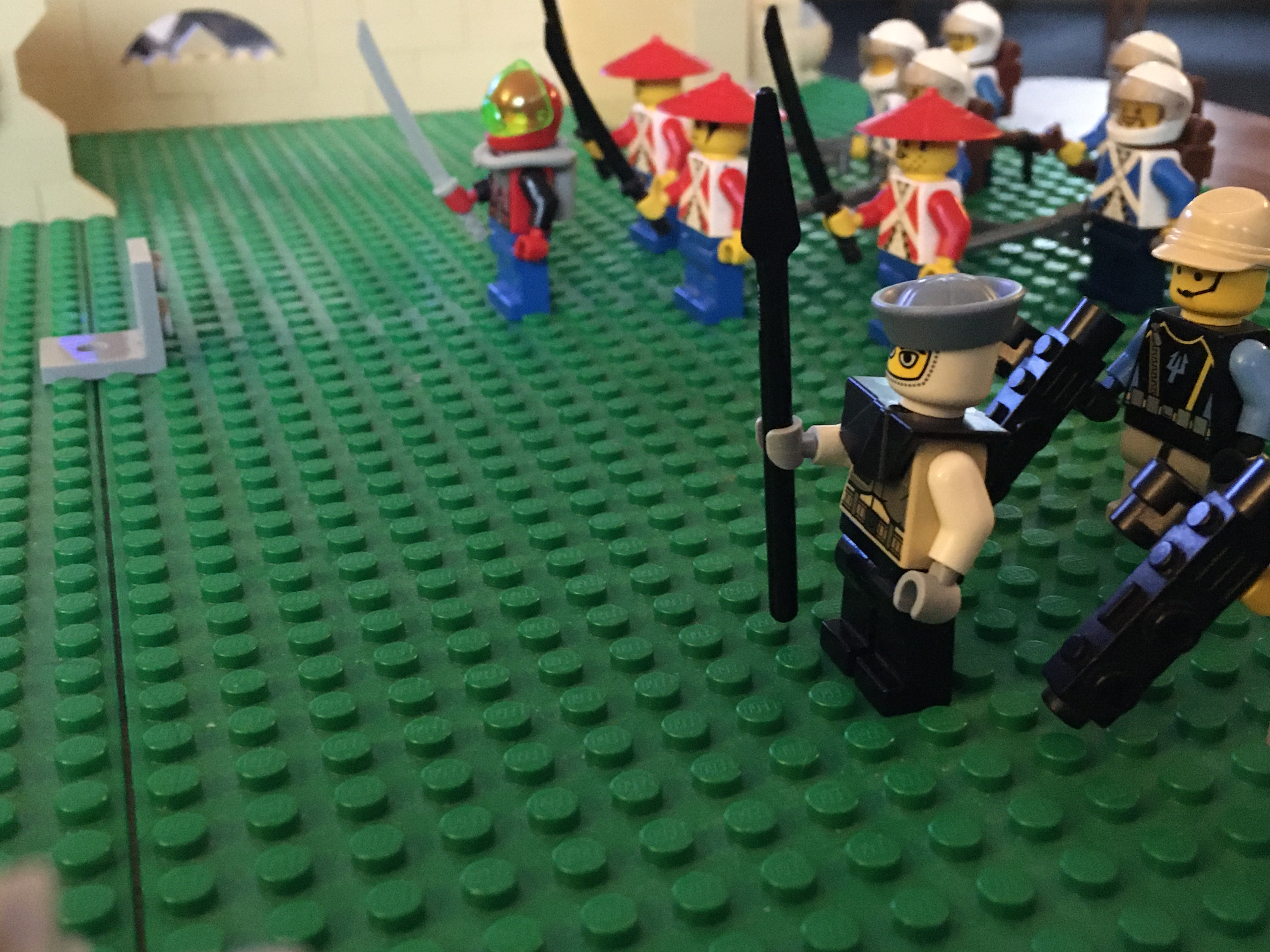 Not far away, A small platoon of Han Khan marines and Minagalcian commandos prepares for their assault upon the outpost. Millions of lives could hang in the balance. Each one of them has trained years for this mission. Not one among them is unready to sacrifice themselves for the cause. They will capture this facility or die trying. 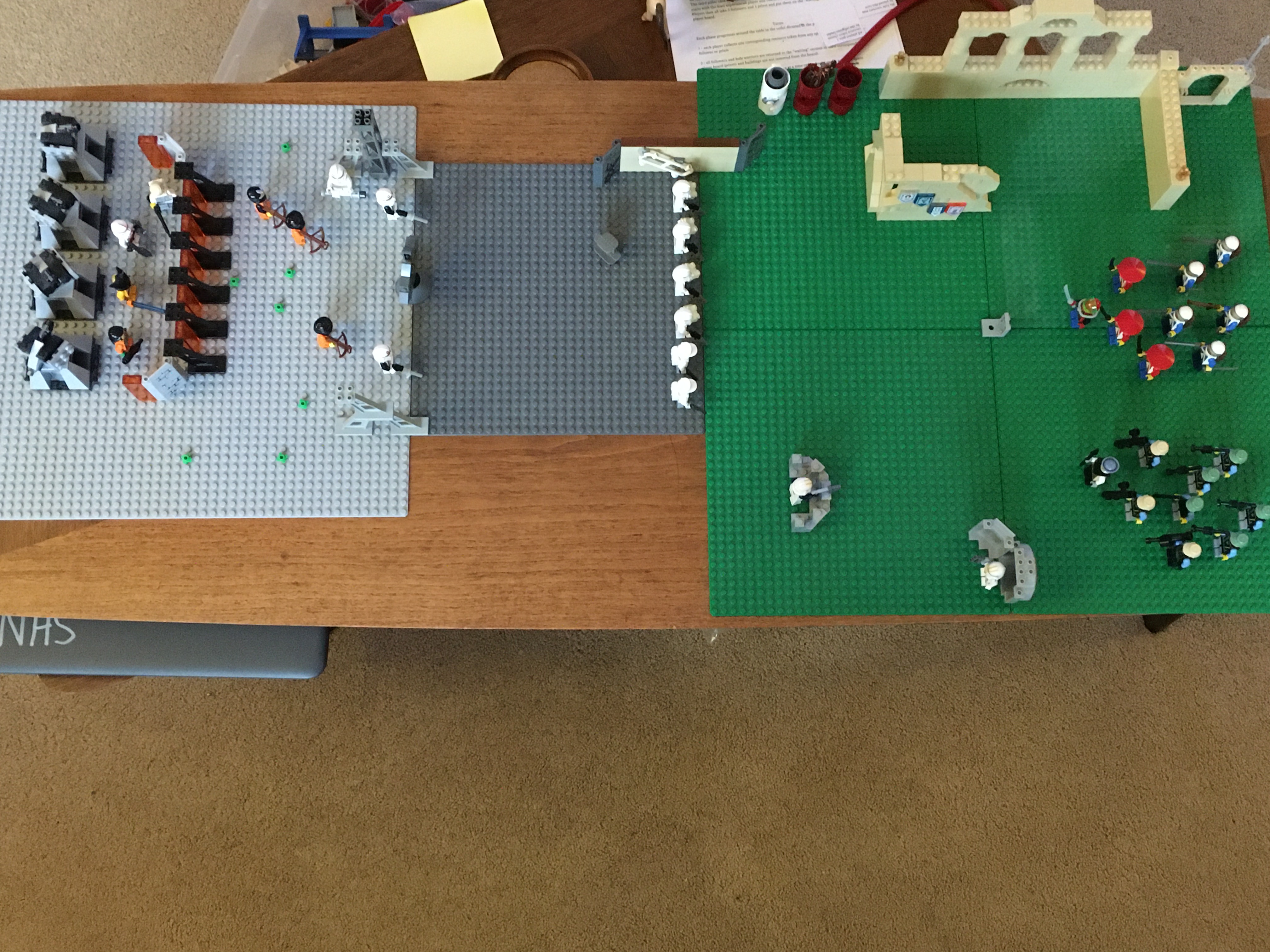 Just need 2 more people for this. If I can only get one more person I may cut out the secret faction, or just combine Han Khan and Minagalcia.

All right give me the secret faction.
The Disc Wars
Top

Thank you Arkbrik - I've given Space Bunny control over the Han Khan forces too, so that way we can get started. The secret faction will arrive once five units have died.

Everyone can send in orders starting now!

Turn one was rather uneventful, the guys beyond the bridge took up defensive positions and everybody else readies response actions. 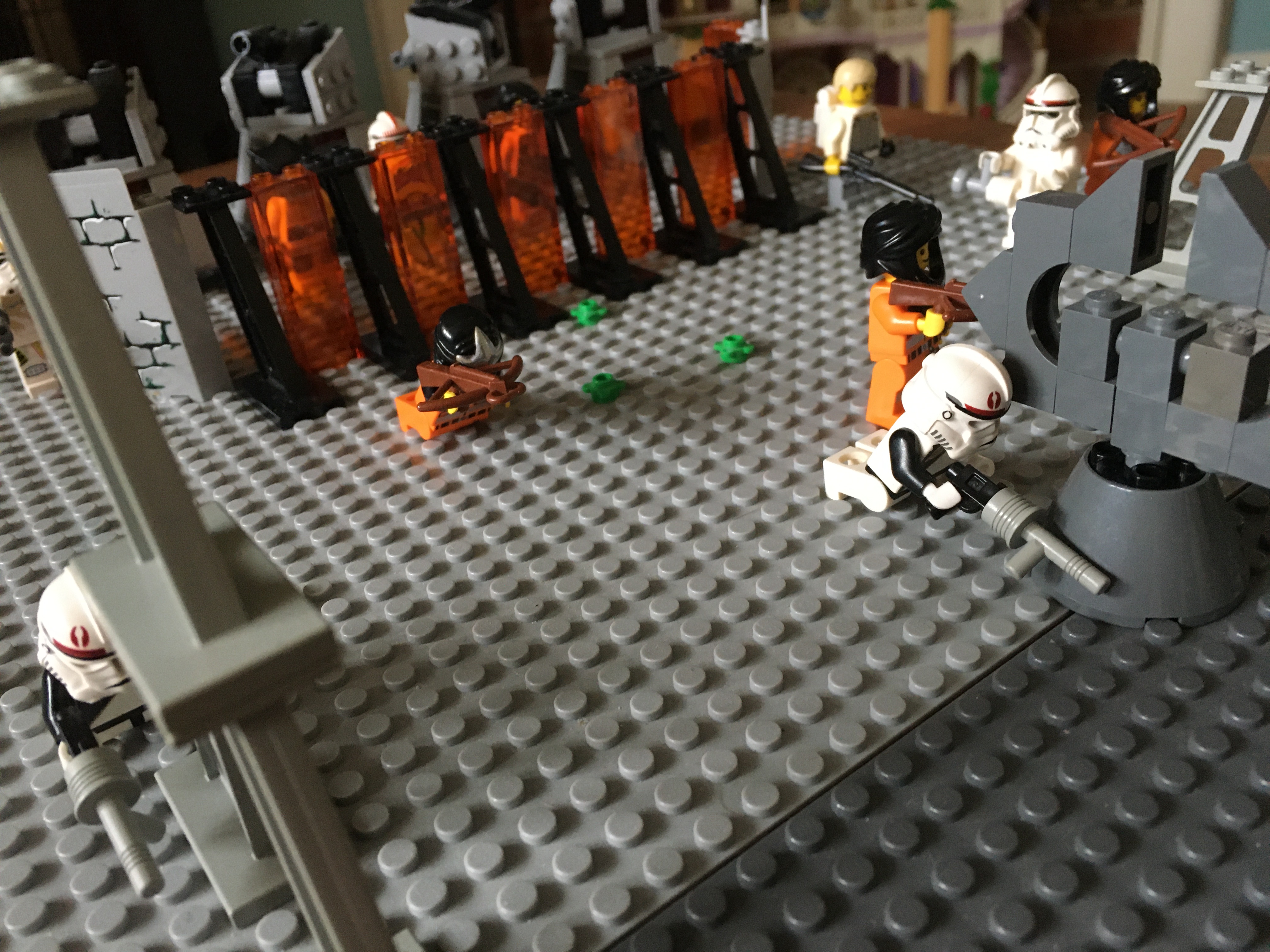 The soldiers moved up, keeping to their side of the map. One guy was in range of the defenders, but his shot missed. So did the response fire. 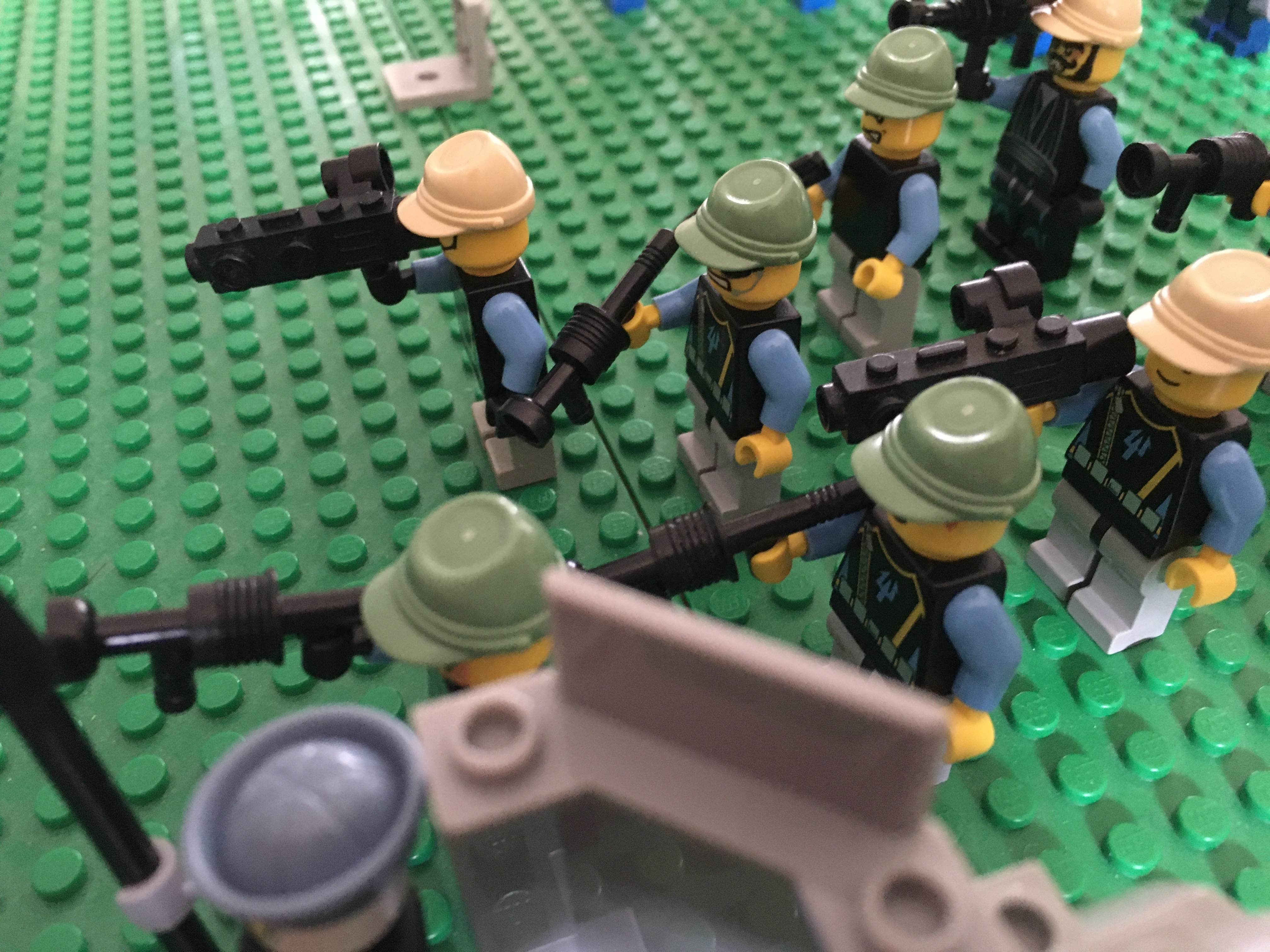 The Marines form a firing line, shielding their swordsmen. A but more shooting and response fire happens, but none of the hits lead to wounds 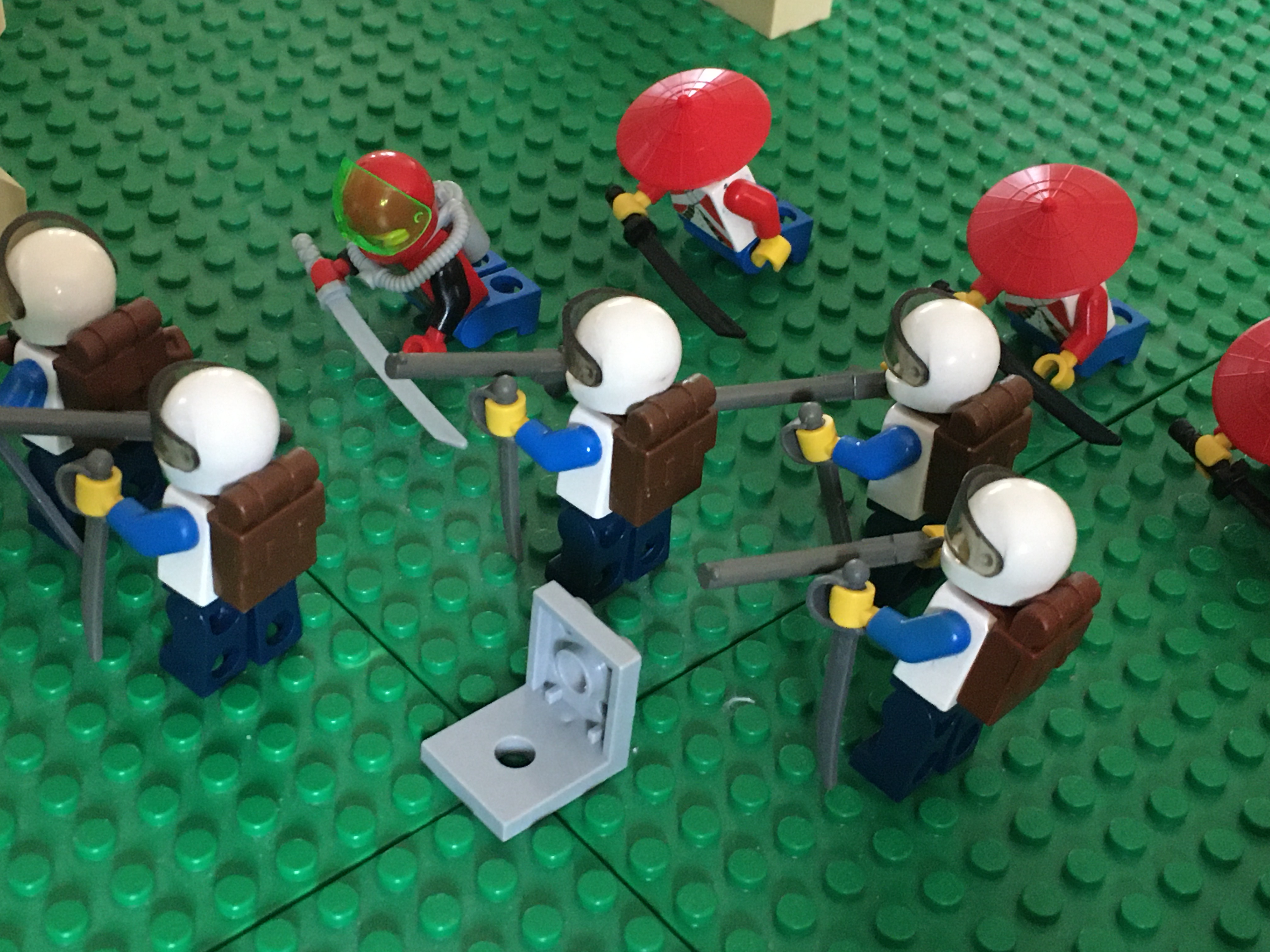 Admittedly not the most eventful turn one, but now what everybody is just about in range, the real carnage can begin...

(Force strengths omitted due to no casualties in round one.)