Revolutionaries won the initiative roll. From now on, initiative will be based on who sends orders first.

Esteban "rojo" Lux, hero of the rebellion, leaps onto the table:

"Comrades! Look around you! You have nothing to lose but an empty teakettle! The establishment SUCKS and is uncool. WE are RADICAL but also CHILL above all else, bro. But listen up..... war never changes. Not since I was a 12 year old fighting surf nazis on the beaches, not now." He looks into the distance, handsomely. "The only thing war changes is you, kid. What do you say? 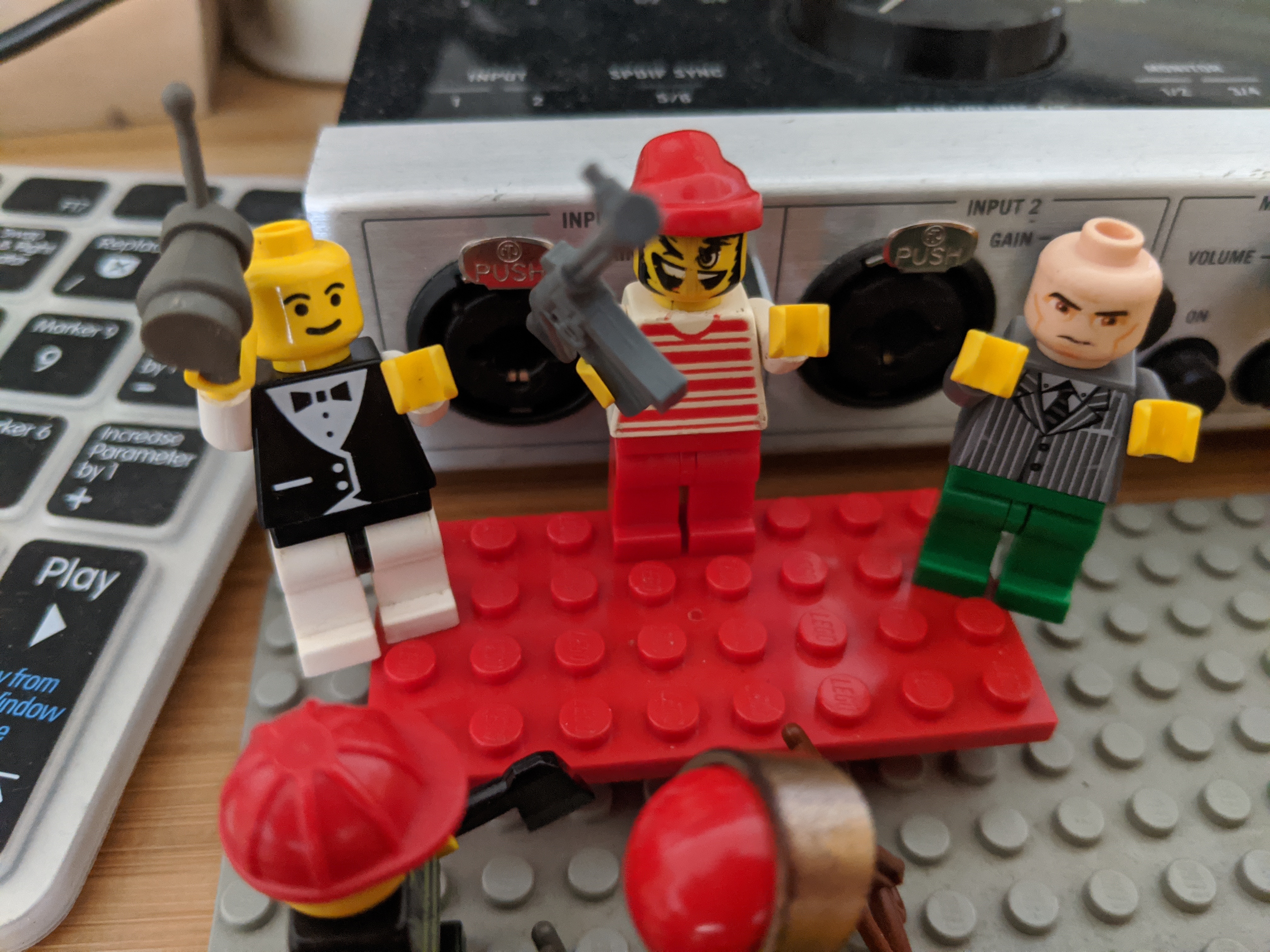 The citizens are roused by Rojo's speech and they jump to their feet! they have no weapons but are happy to die for their new comrades. 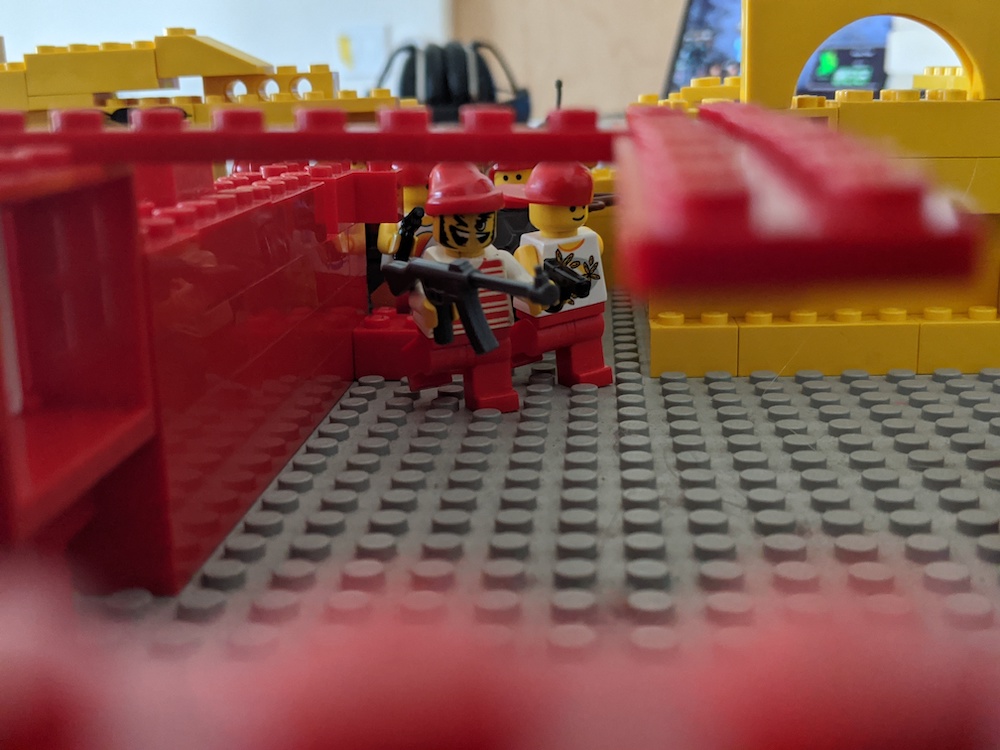 The revs move up towards the police station & prepare reaction fire. 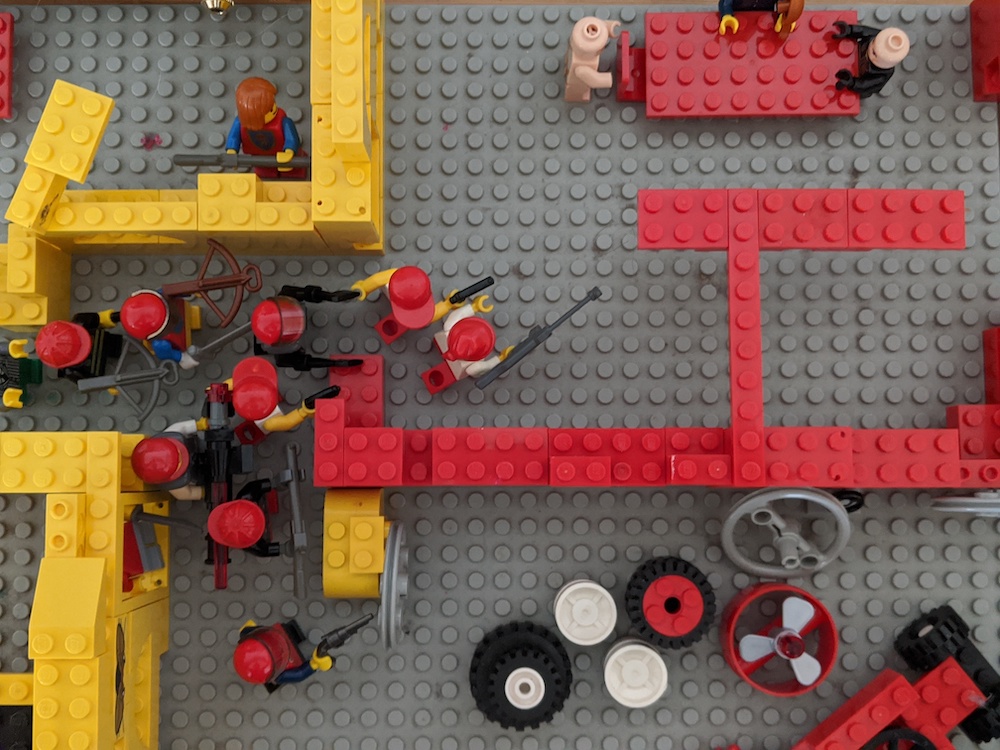 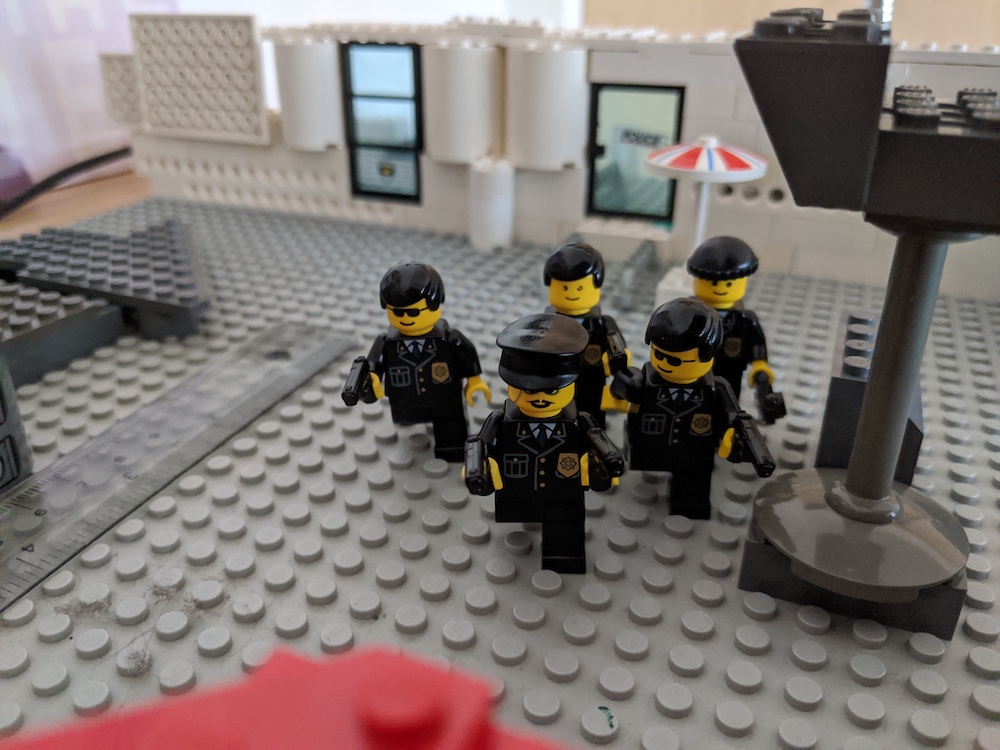 meanwhile, Sergeant Gonzo Hucks leads the police out of the station towards the revs. 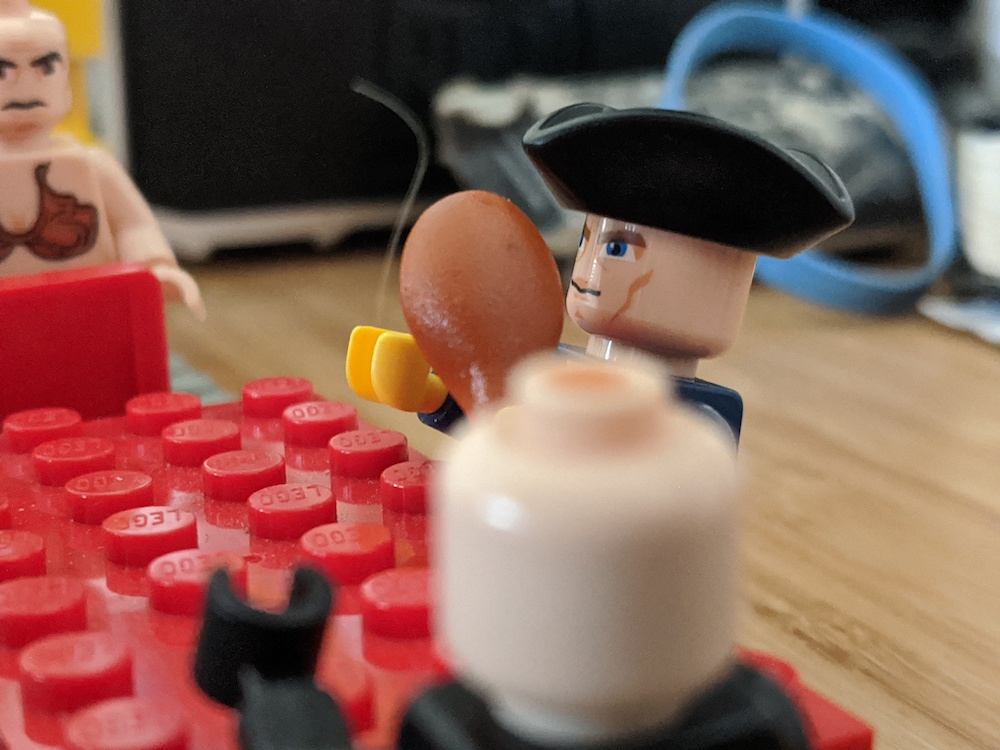 His training and keen street sense spot something suspicious... 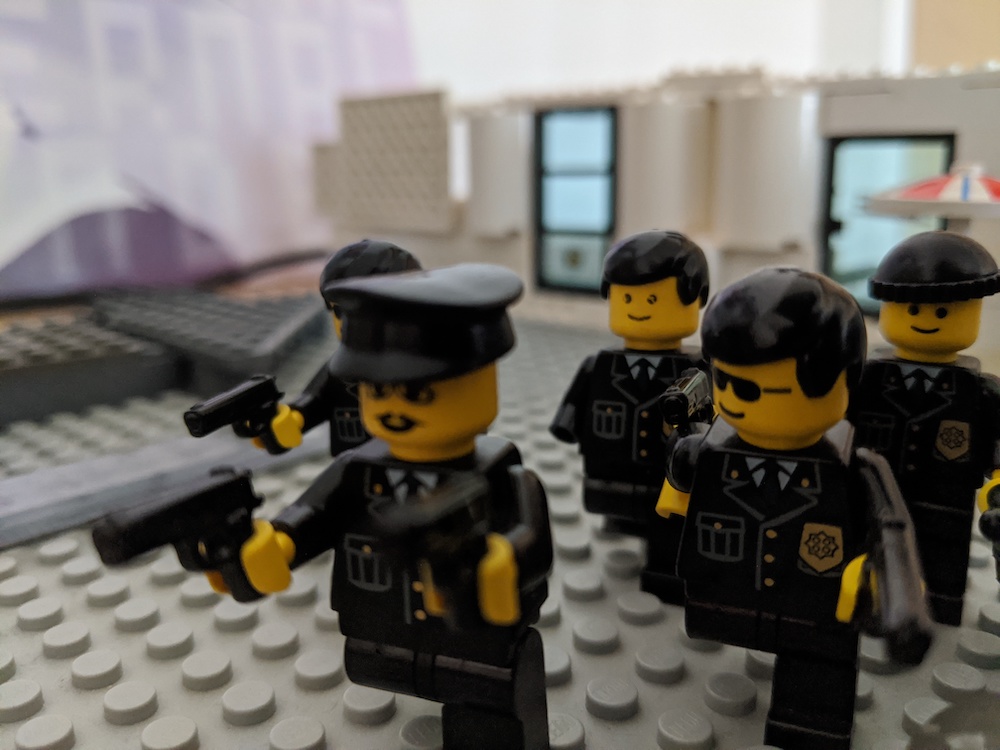 "Sir, are you sure? That looks like a chicken le-"

"NEGATIVE! I'm THE SARJIT AROUND HERE, GOT IT FLAPJACK?? OPEN FIRE DAMNIT!" 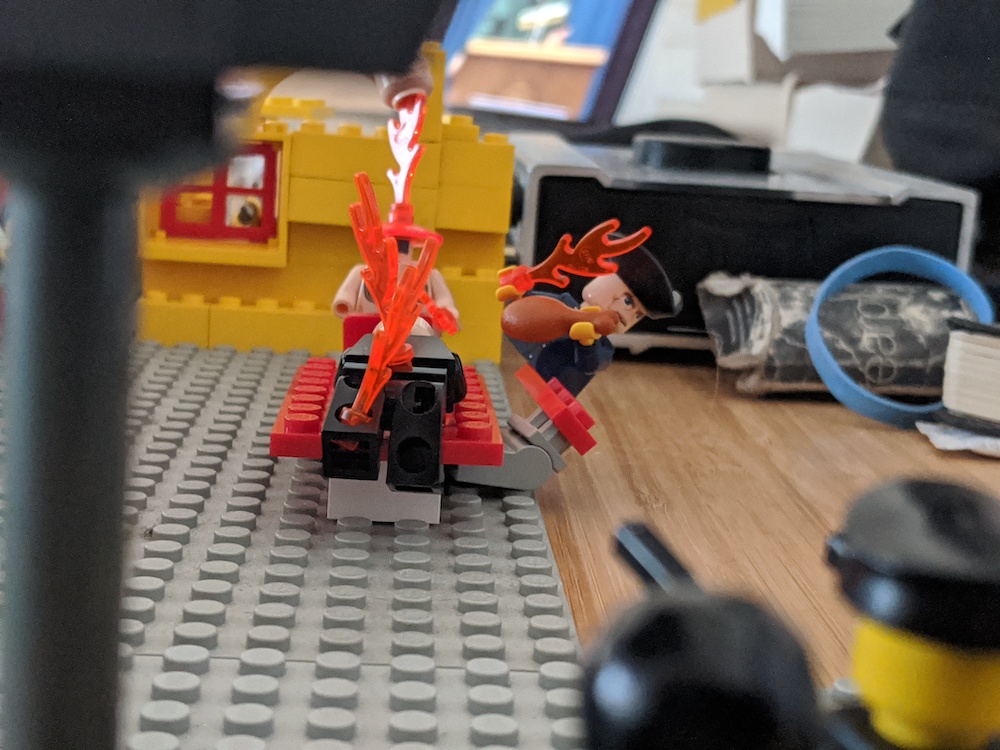 The cops open fire on the citizens, firing so many bullets that despite the short range of their pistols, 1 attack's worth of shots miss the citizens at the table in the red room (not the ones that joined the revs) and hit the revolutionaries behind them(In case it's unclear, the feat let the police around Gonzo Hucks attack the rev's normally even though they were out of range) 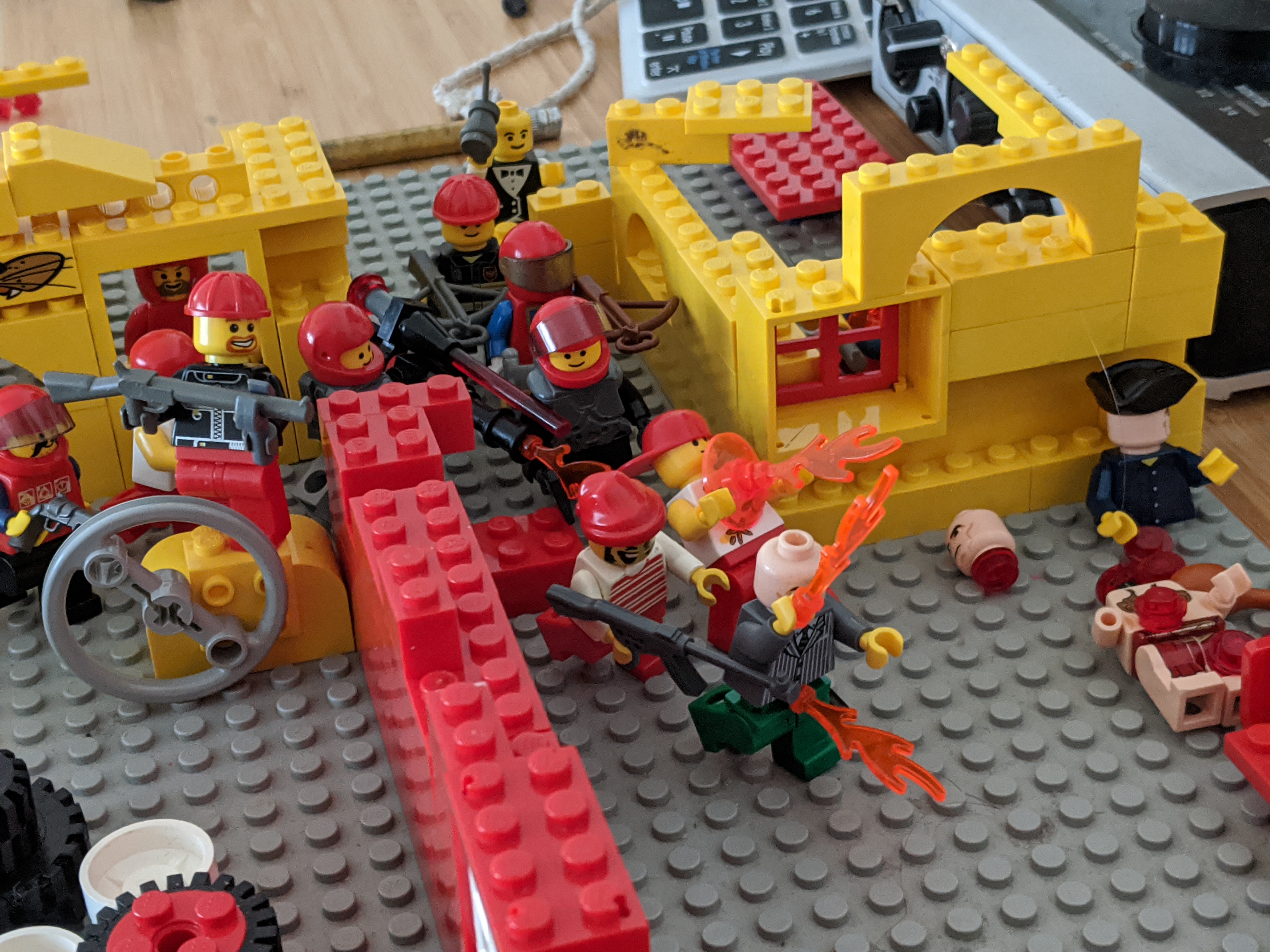 Two redshirts save Rojo's skin, for now. The rebel in the window was also shot through cover and died... insanely good rolls from the cops. 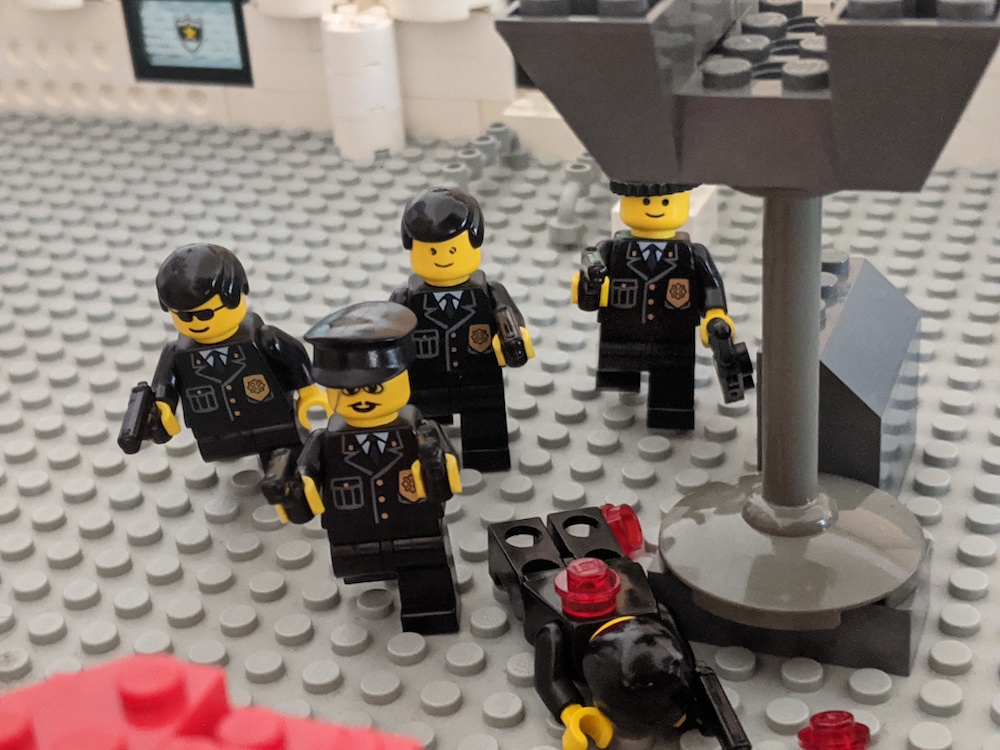 One of the rebel rifleers' reaction fire kills a cop. 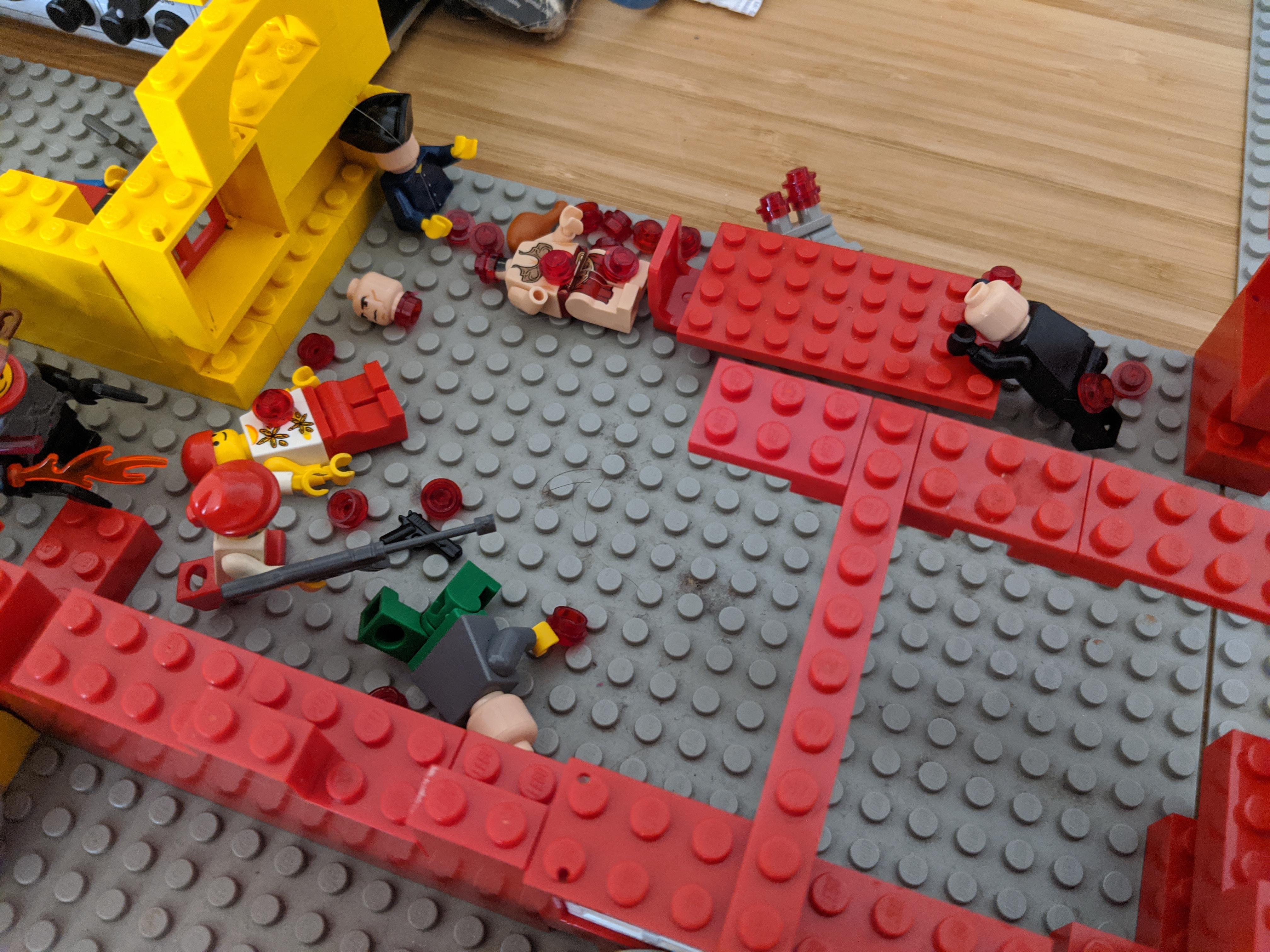 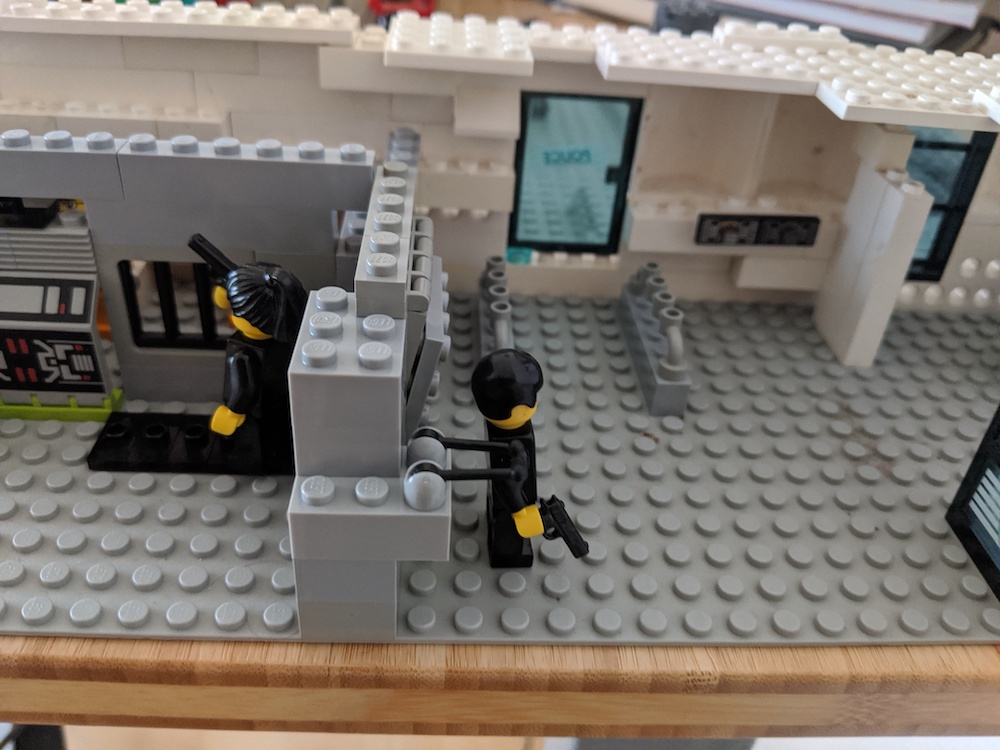 Two cops also stayed behind with the prisoners. 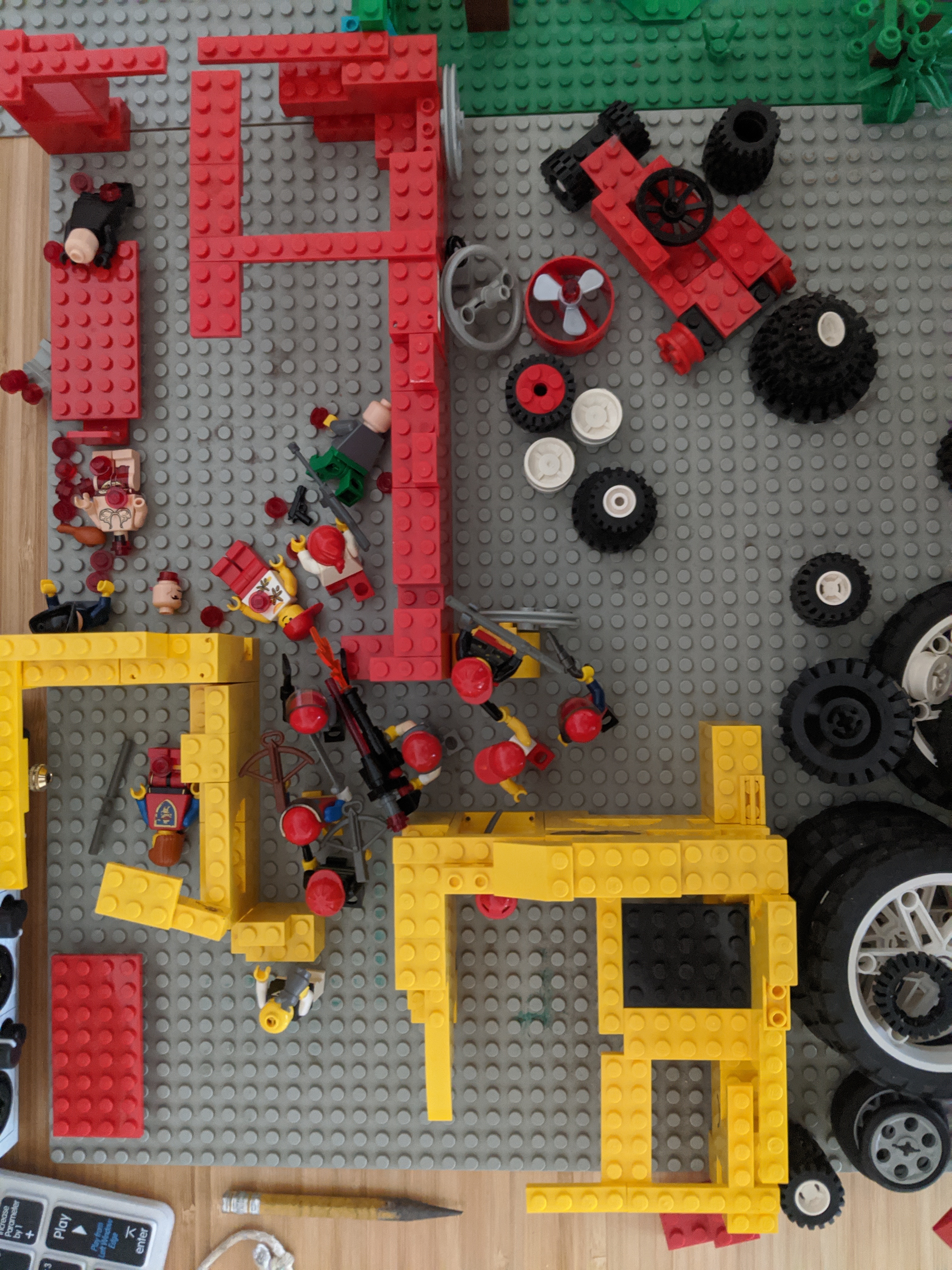 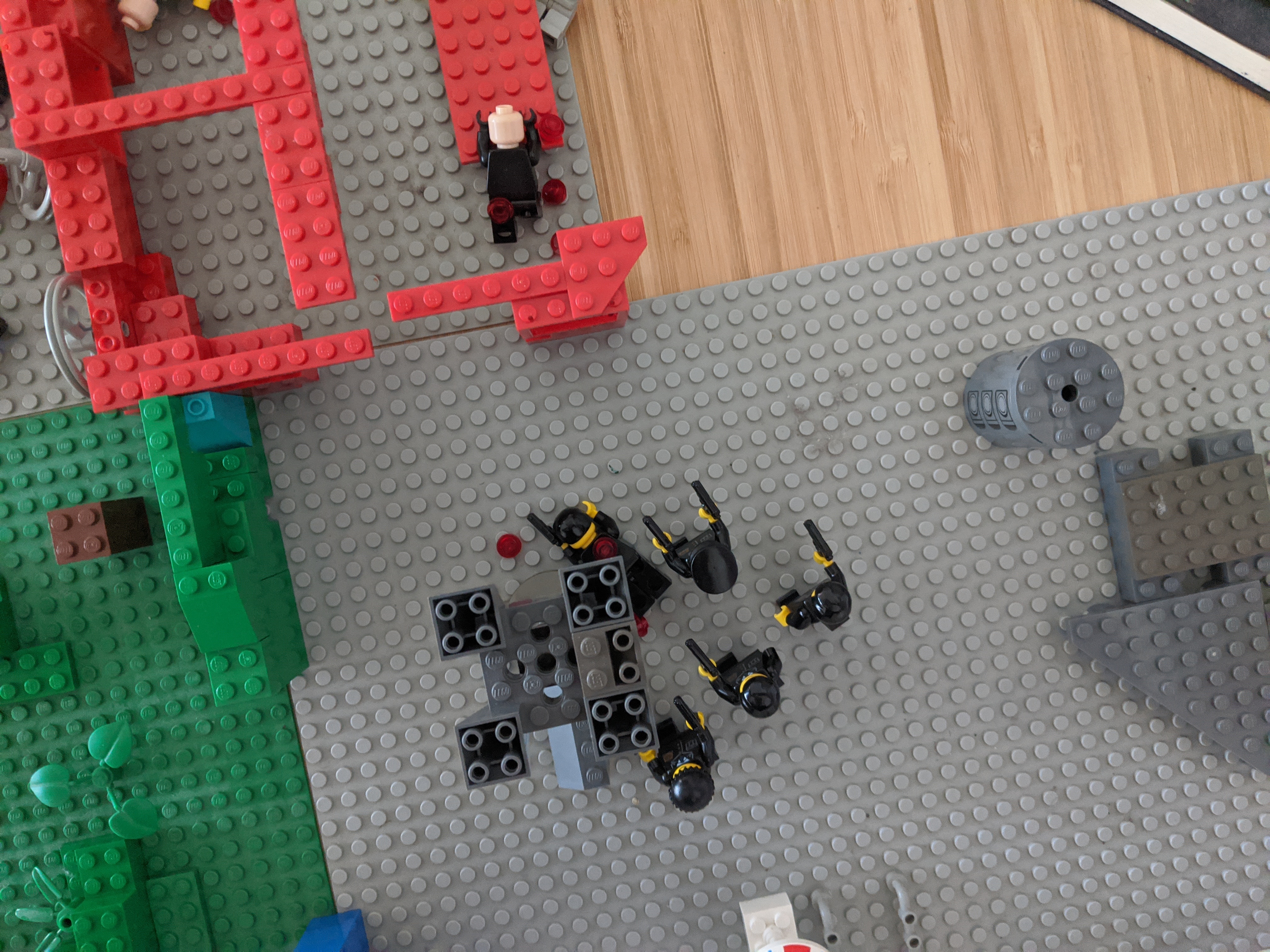 Good turn for the cops, but there are more revolutionaries than cops so it shouldn't be too unfair.
Top

Hell yes My men just killed 6 enemies.
The most dangerous enemy you can fight is a man with nothing left to lose

6 "enemies"
Iran will be the world's Luke Skywalker