Sorry if it is just a bit late, we had a Wifi outage, and I couldn't log on.

The Red Hero first performs a Feat, attempting to find the Traitor, but he fails, instead, he finds out that he has Seborrheic keratoses on his forearm 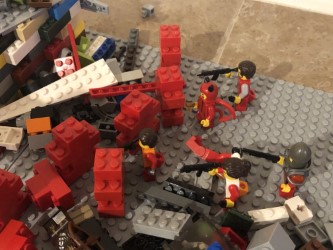 One chick prepares to throw a grenade, but it backfires horribly.

Another soldier throws a grenade

It lands next to a Goat

It explodes, re-killing the Goat, and dropping the armor of the tower to 1

He kills a Goat 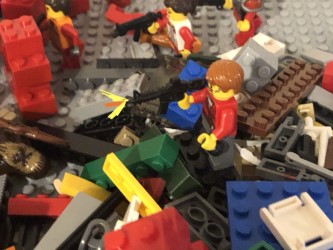 Is this man doing a Heroik charge?!?!

Nah, he just shoots the tower, destroying the one thing that holds it in place

It crushes the final Goat, and kills two Blokbots. But the Red team has accomplished the first Faction wipe!!

The Hero performs a Heroik feat, boosting his teamate's accuracy, but failed

He fires a shot, but drops his gun

All the Blokbots move forward

One moves to engage an enemy Blokbot

But the red one emerges victorious 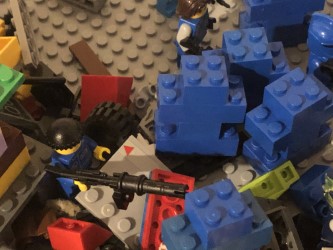 The Heavy moves forward, he can't fire though, because his trigger finger has a rash on it

A couple Boiis move onto the fallen tower

Another one tries, but slips a falls over

One fires, but the other drops his gun

Wow, even with the fateful Feat, he manage to get a kill 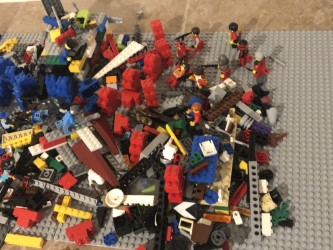 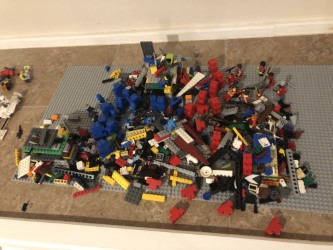 The Red ones:
Kills: 3
Successful Feats: 1
Yeah, you know who I am