In a small town in the desert something is up. 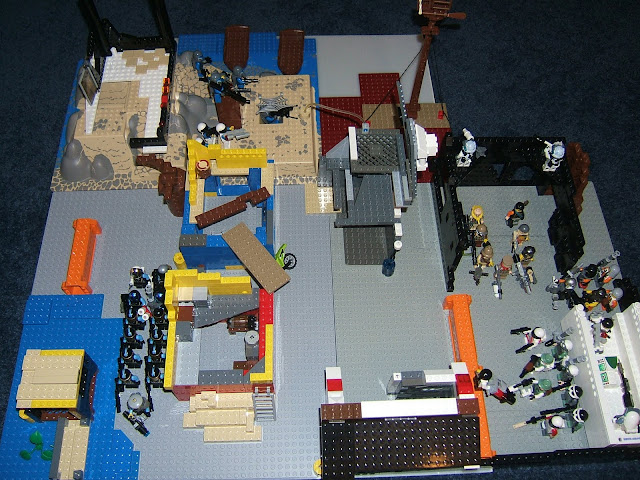 The imperial diplomacy has failed PAC and the raiders have attacked the Imperial Guard army. 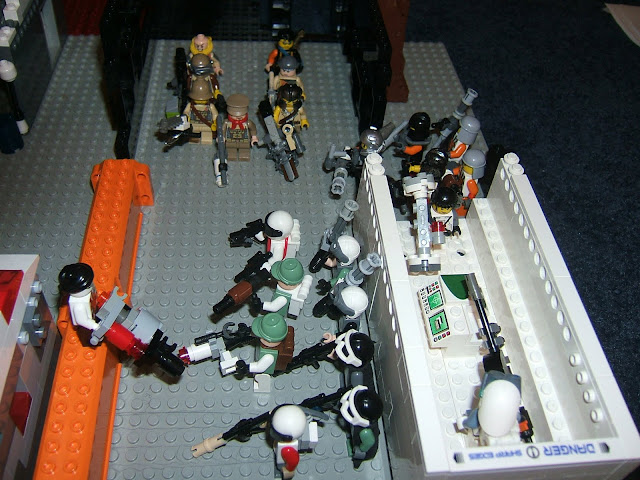 PAC and raiders.The PAC also have a sniper and hero in the bunker. Their main army is made up of two assault troopers, four commandos, a grenadier, and a rocket and machine gun team. The raiders have a hero, a medic, a sniper, a mechanic, two rocket launchers and a swordsman. In the other group they have a chaingun, a sniper, a grenade launcher, another chaingun, and a machine gun. 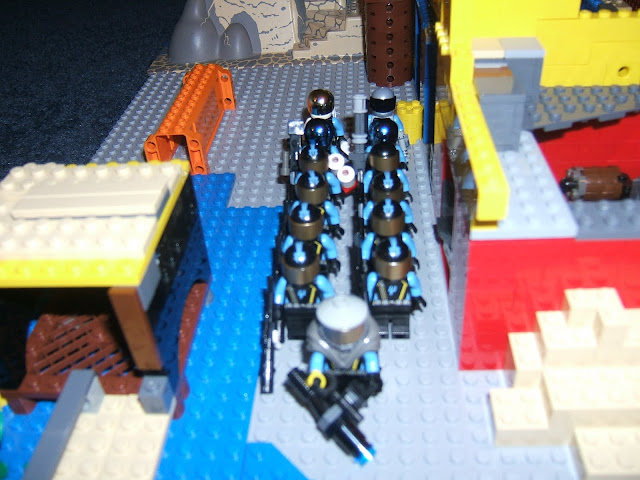 [/img]
The Imperial Guard army. This is the army that I am playing as it includes a hero, 8 assault troops, a rocket launcher, a chaingun, a medic, and sniper. 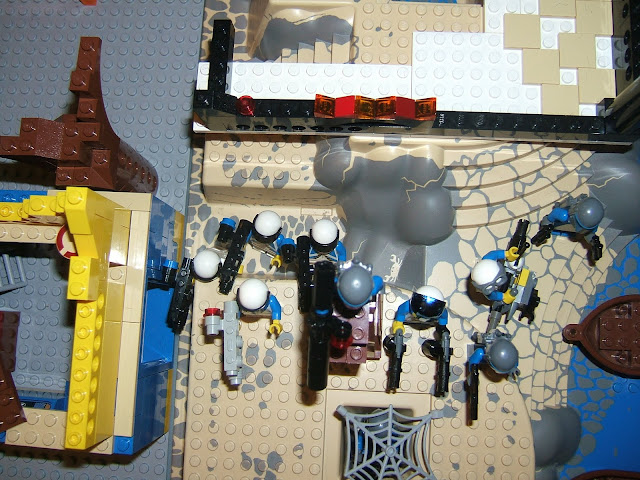 The small task force of desert defense minifigures. This includes a machinegun, a small assault rifle, a rocket launcher, double pistols, four assault troops,abolter, and a shotgun flamer. This is the smallest force on the field. 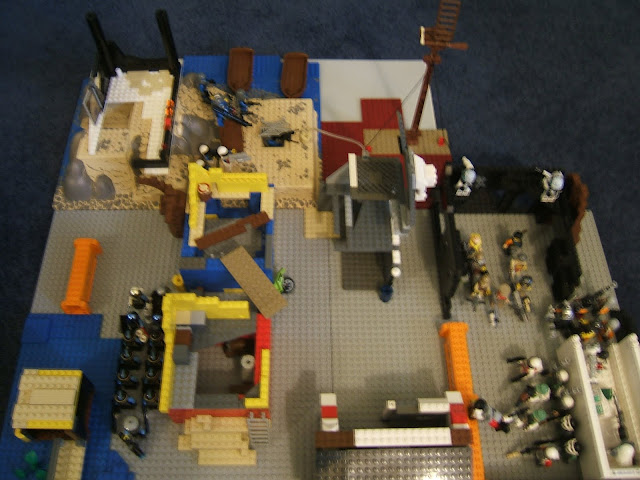 Forces
PAC taken by Ben-Jammin
Raiders taken by RunsWithLegos
Desert Defence squad taken by mgb519
mystery army 1 Taken by Paco the Duck Ninja
SEND IN TURN ONE ORDERS NOW WILL BE GONE NEXT WEEK SO WILL NOT BE ABLE TO POST SO ORDERS FOR THIS WEEK NOW
Last edited by alphafalcon541 on Tue Jun 21, 2011 12:30 pm, edited 41 times in total.
Top

My brute
"Having enough Dakka is an illusion created by those too weak to stomach true warfare."
"A river of blood begins with a single drop."
Top

alphafalcon541, put the direct links to the images (so the url's of the page that is the image and just that) between img tags, like this: [ img ] URL [/ img ] (just remove the spaces).
Fantasy battles
Top

ok its still not working so show me on this picture how to do it please.
https://picasaweb.google.com/allie.padm ... 9672947282
This sig is too fucking large: show anyway

You see, that's not a direct link: it's still in a frame. You need this one:

You can get it by opening the image in a new tab. I advise you to resize them a little (in the future) though. 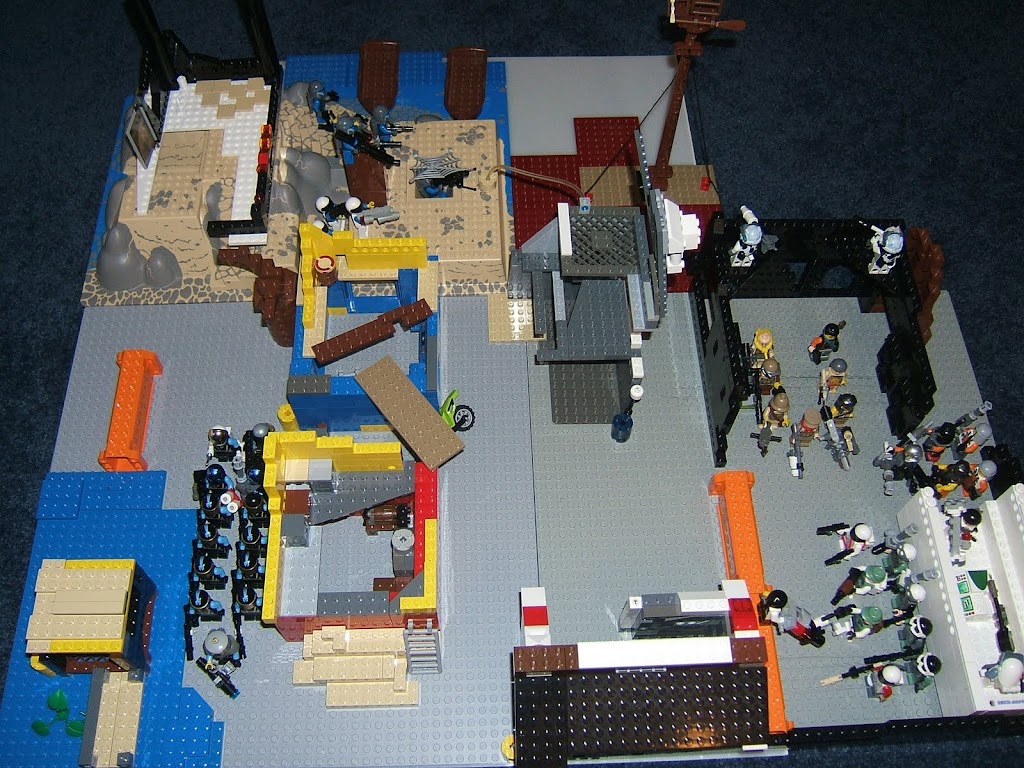 Nice battlefield btw, if a little colourful (but that's just my taste). The troops in the bottom left corner look grand!

Very, impressive, I'll be reading this, I won't sign up though(too many other battles).
Fire, Fire, burning bright
Burning down the house tonight

anyone willing to join this game
This sig is too fucking large: show anyway

send in your orders for turn one DDS go first, then PAC, then raiders, and then finally Imperial Guard.
Last edited by alphafalcon541 on Tue Jun 21, 2011 3:16 pm, edited 1 time in total.
This sig is too fucking large: show anyway

Well, I guess it's not a mystery anymore. Do you want orders for them this turn?

no one else was on this page when I put it on for a second pictures weren't working but if you want you can send in the orders now just say where you want them. Still sorry about that.
This sig is too fucking large: show anyway