So, I finally decided to make some aerial support for my mercenaries. Currently they are unnamed, since I can't come up with a good name for them. Any ideas? 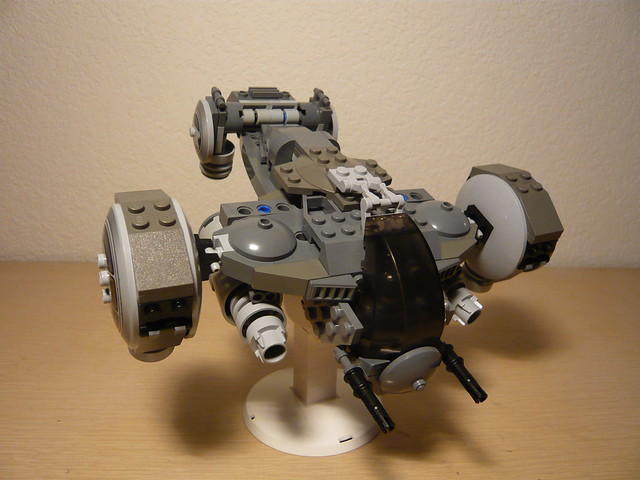 This is my new Gunship, using pod based repulsion technology. 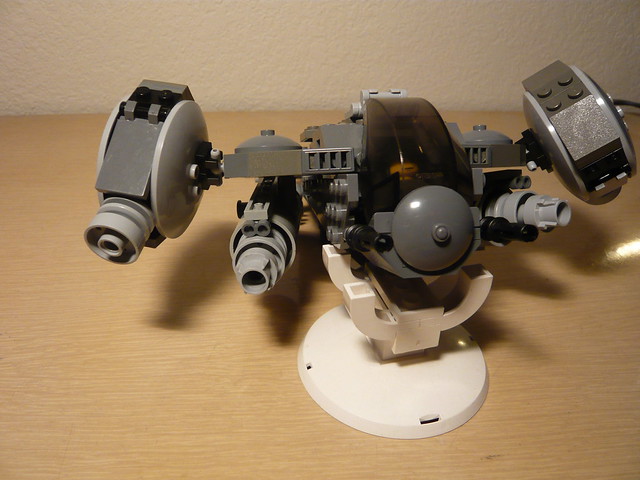 Armament includes two small machine guns for mowing down enemy fighters and infantry, and two massive targeting-computer-aided plasma cannons for taking out almost anything big and heavily armored, as well as chunks of planet.
Also the pods and guns can swivel. 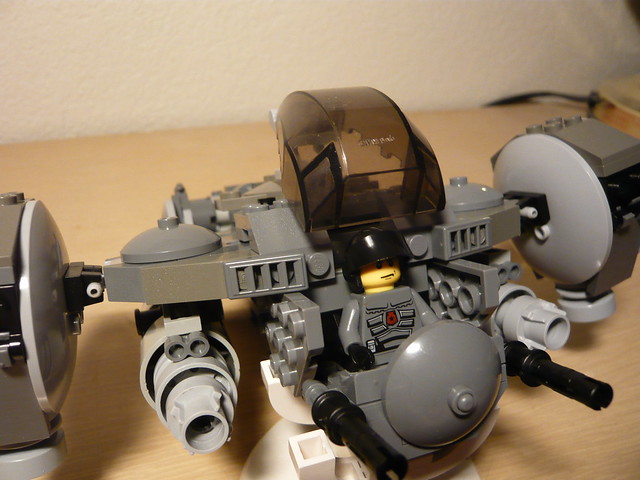 The cockpit does indeed open, allowing the pilot to get in and out. 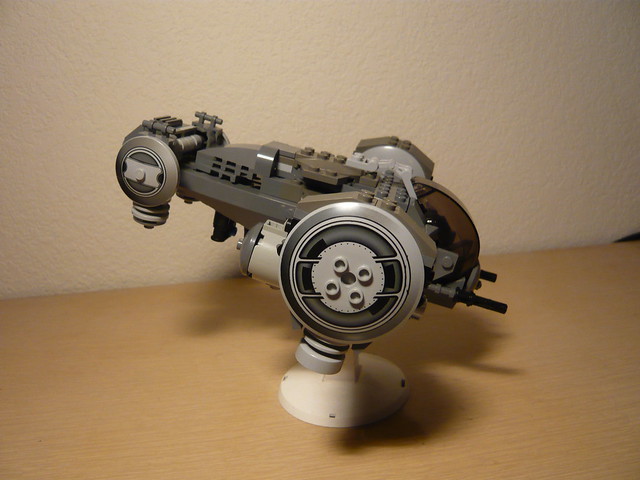 It's not actually that long. 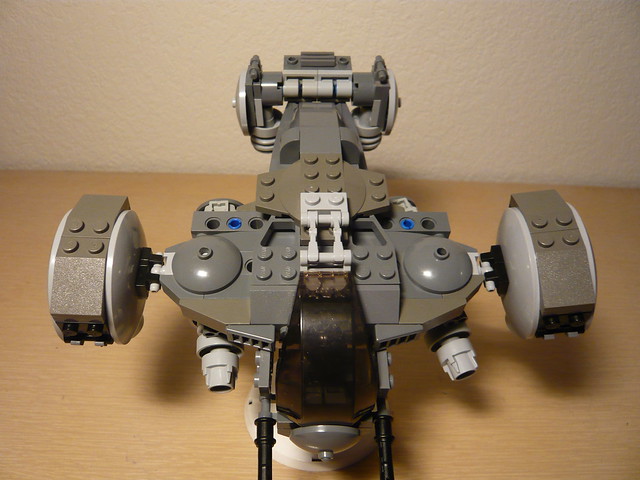 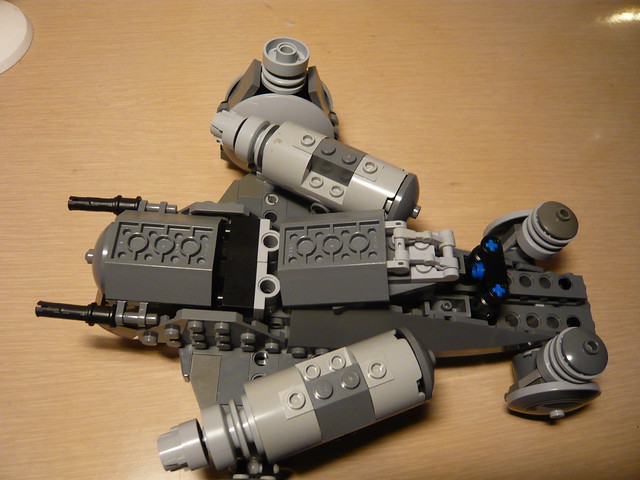 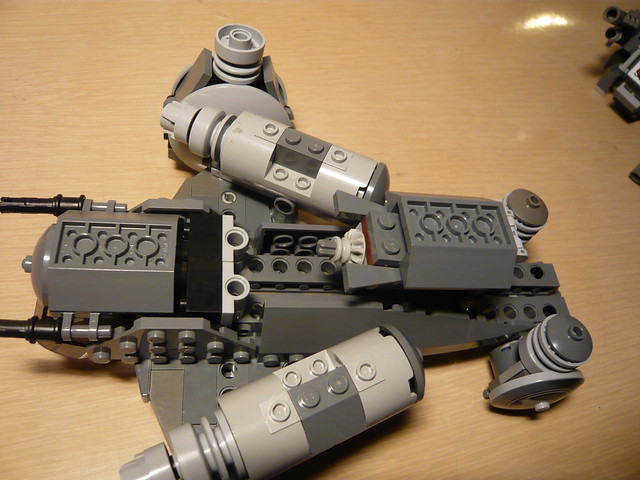 Oh, what's this? A moving bit? 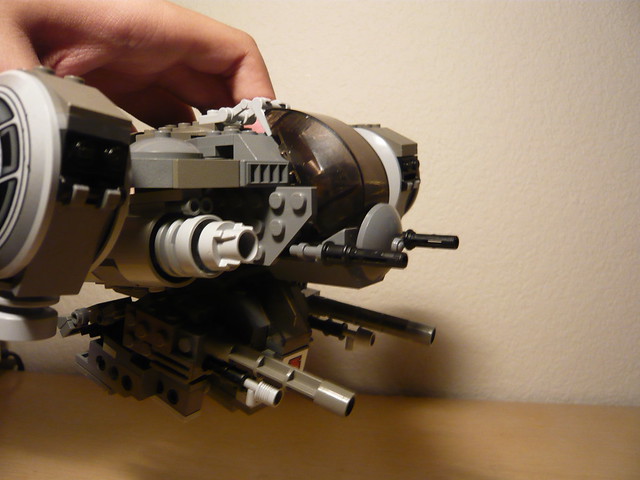 That fiddly bit is in actuality a cargo attachment, allowing the gunship to carry anything with a compatible port, including my mechsuit. 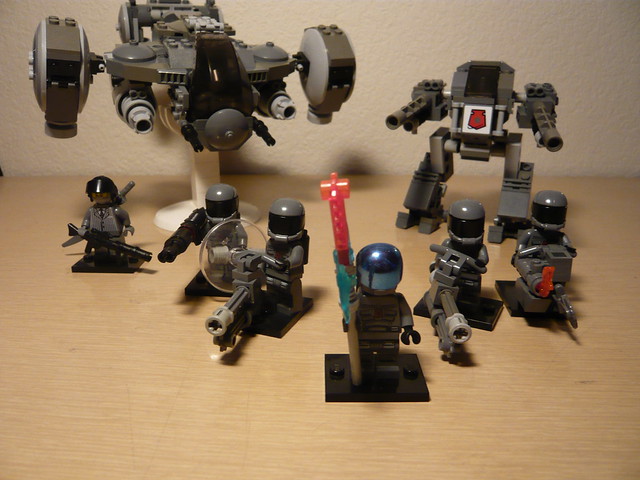 So I thought I'd better update my group picture. The new guy is my new hero, with an OTChainStaff with two LBT Axeblades attached. There's also a guy with a clear shield and shoulder cannon next to the Ninja Lawyer, who I'm downgrading to an officer with Ninja stats.
Last edited by SnakeMittens on Sat Oct 27, 2012 8:51 am, edited 2 times in total.
My Flickr
Top

This is fucking amazing.
You are faced with door what do you do
I use my flamethrower
wait what you can't do that
Sure I can see
*door catches fire*
Top

Now, since these guys are mercenaries after all, how does a few thousand gallons of beer sound as a down payment for work at the Third Alliance?

Maybe its time to revitalize the Mercenary's Guild.

This thing is insane. Awesome work, especially the engines and guns.
[21:30:33] Scritch: you can put it in theblackdog

Flying win.
An army marches on its stomach, and its favorite food is fudge.
Top

i like it. that is one slick gunship.
"Warning: Small children may present a choking hazard when consumed."
Top

Nice gunship! The mercenaries also look great. As far as names go, might I suggest calling them the Iron Claw Mercenary Company?
Top

I'm always a fan of Grey Mech Carrying gunships! I also really like the compactness of it all.
http://brikwars.wikispaces.com/
Top

Yeah this is like the chibi version of Roc's gunship/mech combo, lol. Nice mobility in your joints.