The Ilbaran Rebels (My first army)

The Ilbaran Rebels (My first army)

Hey guys, VectorScreen here. I got into BrikWars rather recently (I joined the forms some two or three days ago) and have begun building my meager army. It's far from large or impressive, but it is still very much a work in progress. I'm posting my current progress here in hopes of getting some suggestions and tips from you fine people. So, without further ado, my army as of 2/25/13: 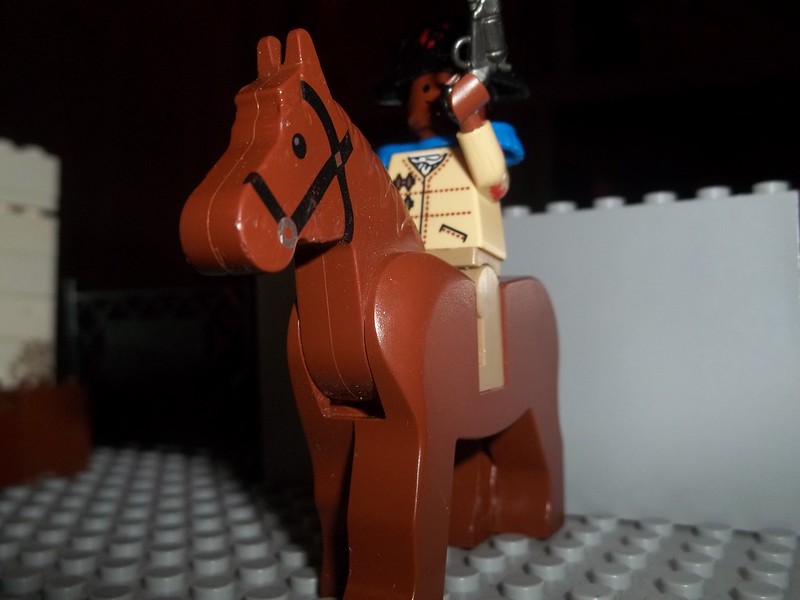 This is the Hero Unit/General of my army, Field Commander Leon Ezcabez. He is one of the main leaders of the Ilbaran Rebels, who fight against the military of The United Empire of Ilbara. I choose to make my army a rebel faction as opposed to an official army because I didn't have enough of the same pieces to give all my troops a standard uniform, and a rebel faction would be more likely to lack a standardized uniform and have their troops equipped with whatever they can scrap up than a professional well equipped and well funded national military would. 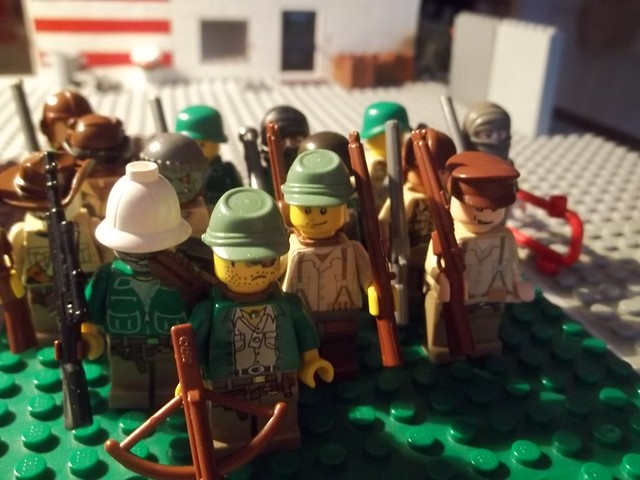 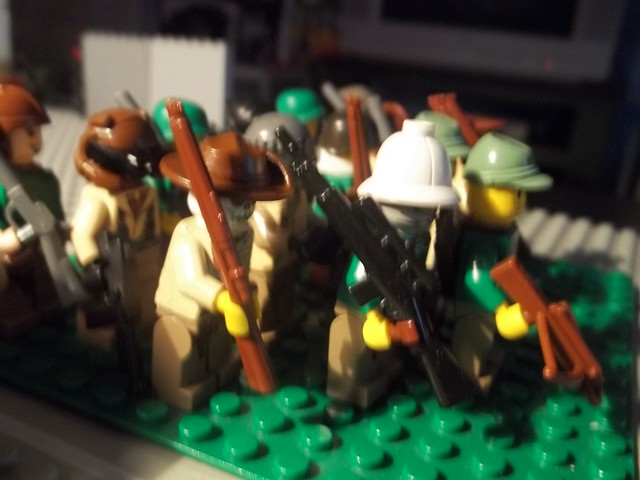 And here are my photos of my main infantry, the meet and bones of the Ilbaran Rebel forces. I have yet to give my army an vehicles of any sort, partly because I have about to large plastic tubs full of legos, but there disorganized as hell making it quite difficult to find the certain pieces I want and partly because I suck at making vehicles. 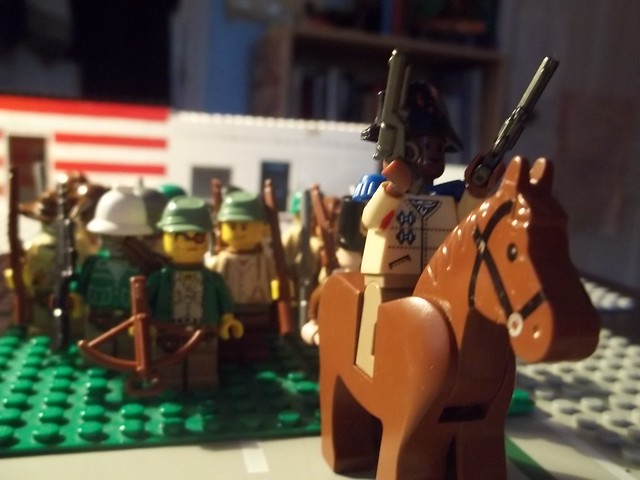 And finally, I have an extra picture of Field Commander Leon Ezcabez valiantly leading his troops into battle.

Thank for viewing, and constructing criticism as well as any suggestions would be very much appreciated!

I smell fear. I also like da vidya gaymes
Top

Might I suggest using a back story of guerrilla tactics. That way you can explain the lack of hardware. Early stages but i like them already.

Good to see another Brickarms fan. certainly not a bad start, but 'd suggest explaining why an ork and a skeleton are fighting for freedom. That said, squads of guerrilla space skeletons have quite some potential!
"there are no bystanders in the battle for survival. anyone who will not fight by your side is an enemy you must crush"
Top

heavyfishcannon wrote:Good to see another Brickarms fan. certainly not a bad start, but 'd suggest explaining why an ork and a skeleton are fighting for freedom. That said, squads of guerrilla space skeletons have quite some potential!

Well, the rebels are a very non-discriminatory employer

. The ruling Ilbaran Empire that the rebels are fighting against are racist bunch (Think apartheid South-Africa). Because of the persecution that orks, skeletons and non-yellow skinned minifigs experience under the rule of the Empire, many have joined the rebels in a bid for more equality. Me and my little brother have created our own history and mythos around the armies we are building and the land of Ilbara as a whole, just to make it feel a bit more interesting when we fight our BrickWars in case you were wondering why I went into such detail with this response.

I smell fear. I also like da vidya gaymes
Top

I love guerrilla forces, and these guys actually look good together.
This sig is too fucking large: show anyway

I like this army, the randomness makes it better.
"Hey, you try making love to a complete stranger in a hostile, mutant environment, see how you like it."
Top

I like these guys. I dunno if I should have a scrap with them or ally to them.

The World of Pekab & the Anarcho-Syndicalist Adventurers Guild <== new site

"Everything needs more Dakka, including the Dakka..."
Top

Starting out with rebels is always a good way to make a new army out of whatever minifigs you already have.
▲
▲ ▲

"Ya gotta remember, Soryu's a brutal thug, ain't got no finesse like Shinji."
Top
Post Reply
9 posts • Page 1 of 1