I may be a newcomer, but at least I came prepared...

I call these guys: The 3rd Regular Army Deserters 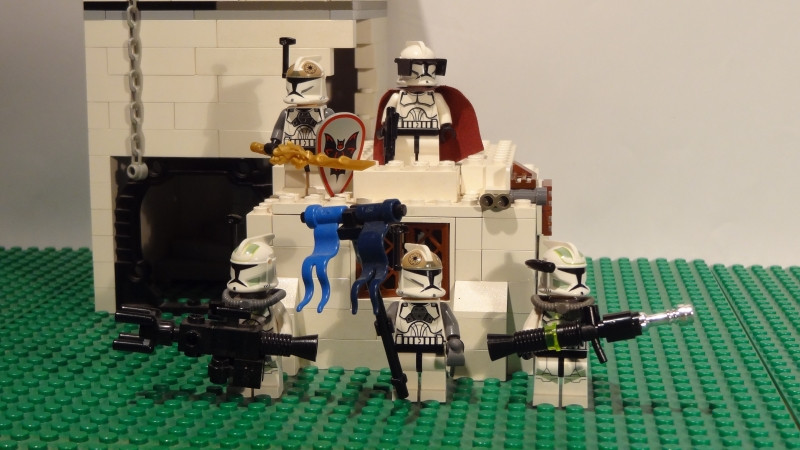 (Note the guy with the cape isn't my hero. He just orders around the troops.)


Troops: (AKA cannon-fodder. They never do anything except die. Which is the point, I suppose.) 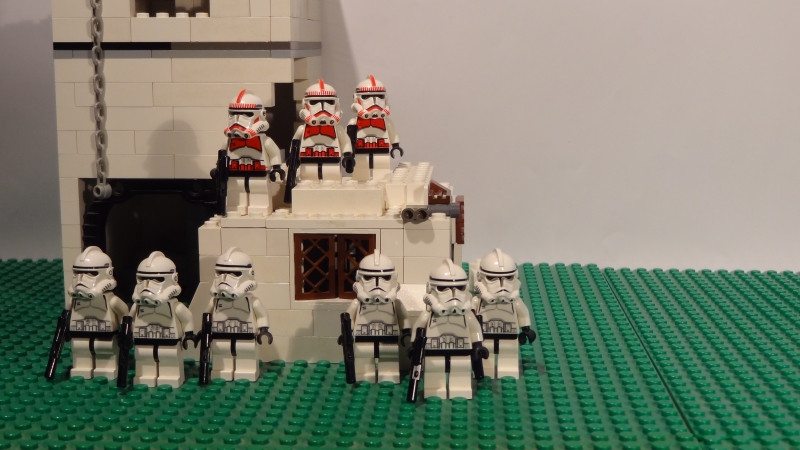 I'm mostly using Ep. 3 and Clone Wars troopers. Thinking of expanding to something not so blatantly Star Wars. 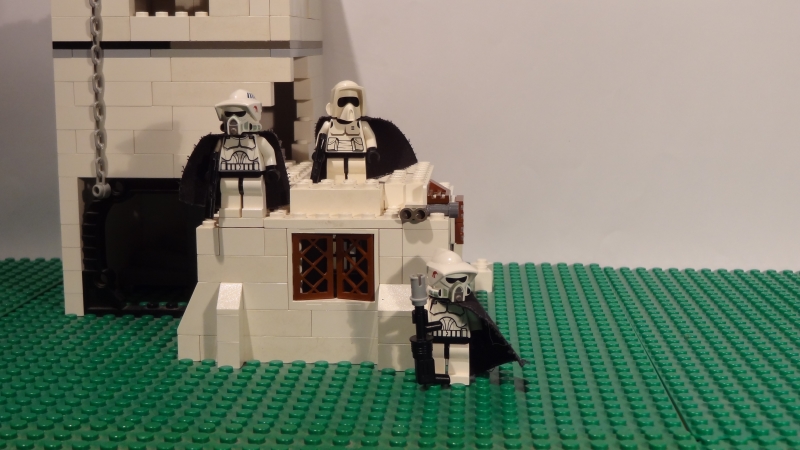 Grenadiers: (AKA marines. Lego blatantly ripped off 40K with these guys) 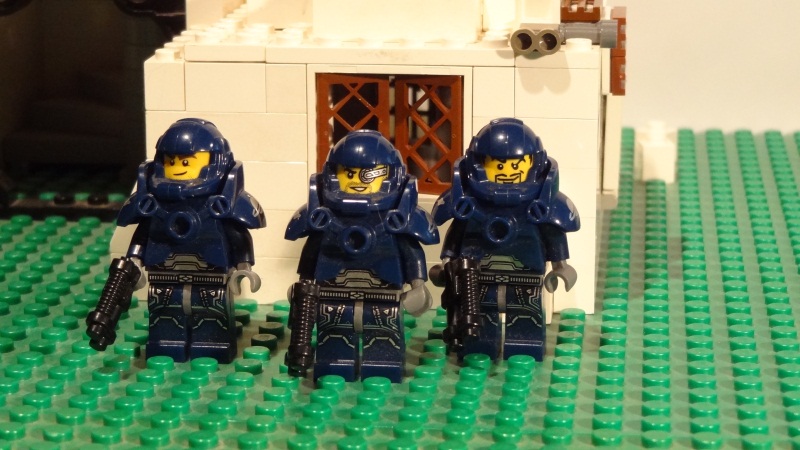 These guys usually hitch a ride in the Cheeseboard (see below). 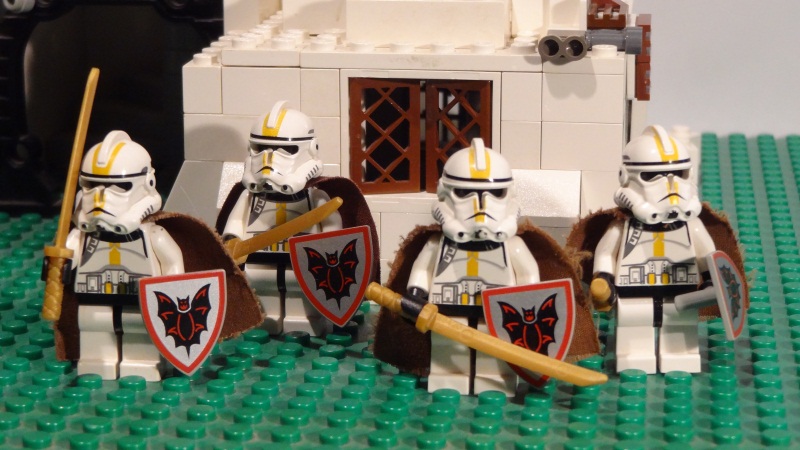 This lot jump on the back of the Flamin' Halftrack (again, see below). 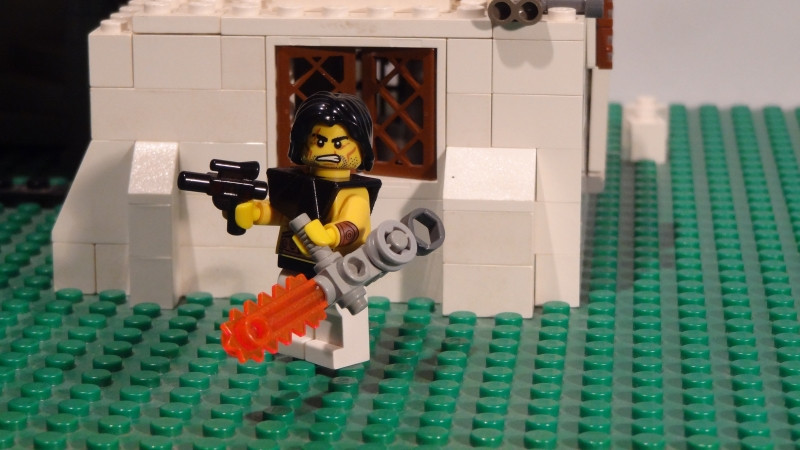 He's my main hero. The other two are replacements. 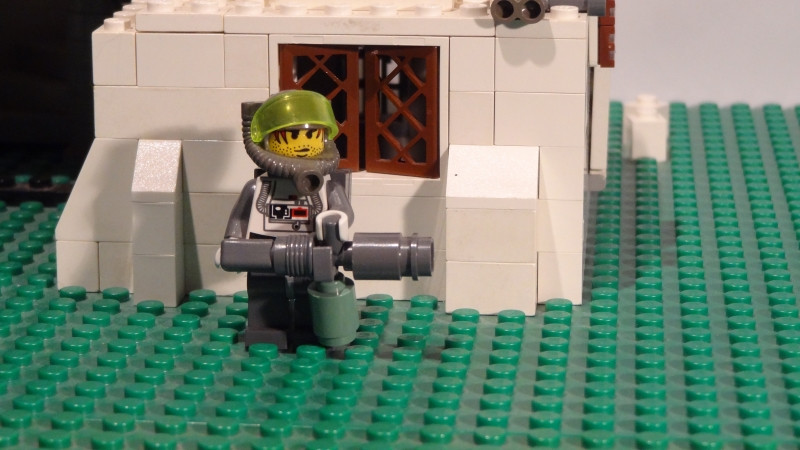 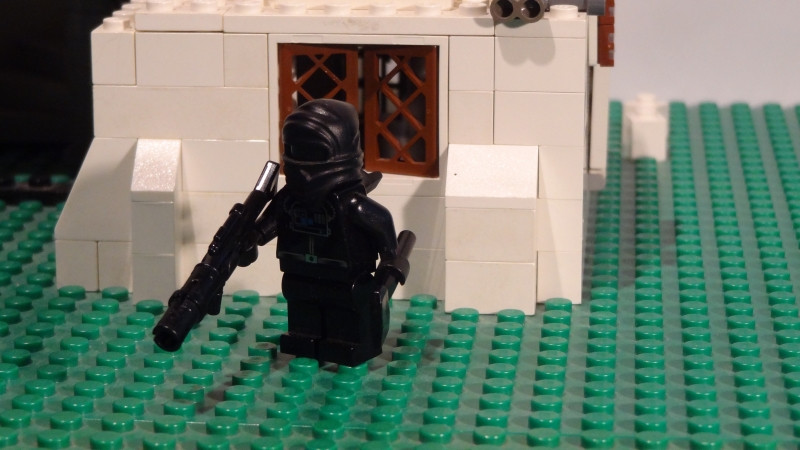 Just don't ask about the titles.

*The building visible as backdrop in some photos is a semi-ruined outpost I've made. Pics may follow.


AND NOW... THE VEHICLES
Starting with the air force: 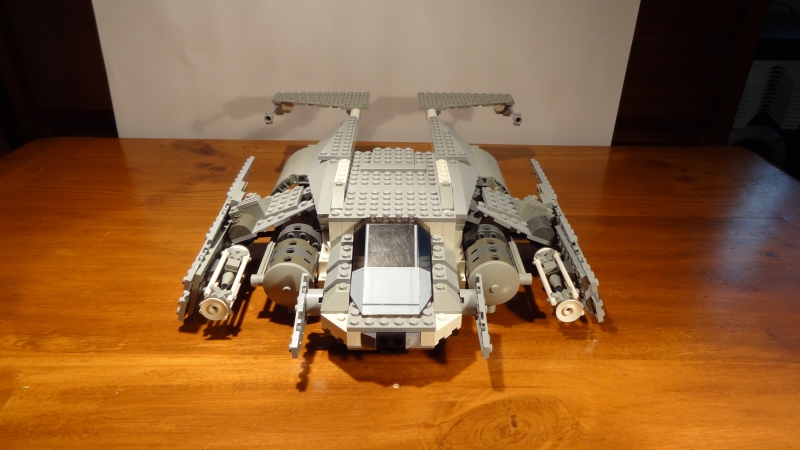 The flagship. She's a swanky bird.
MOAR PHOTOS
Side 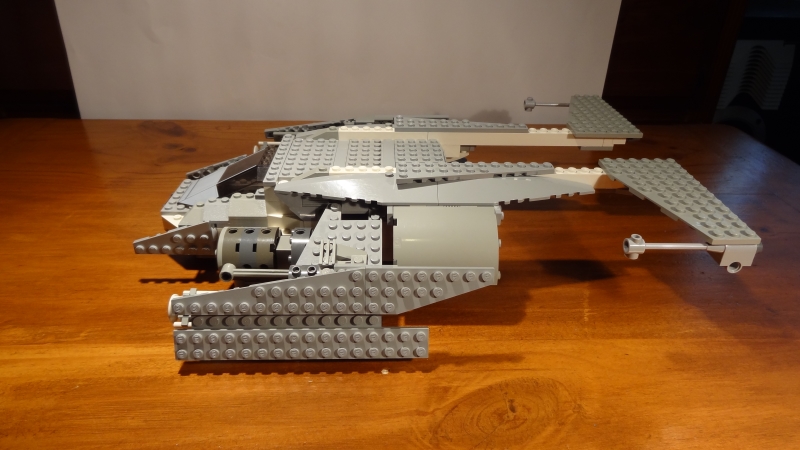 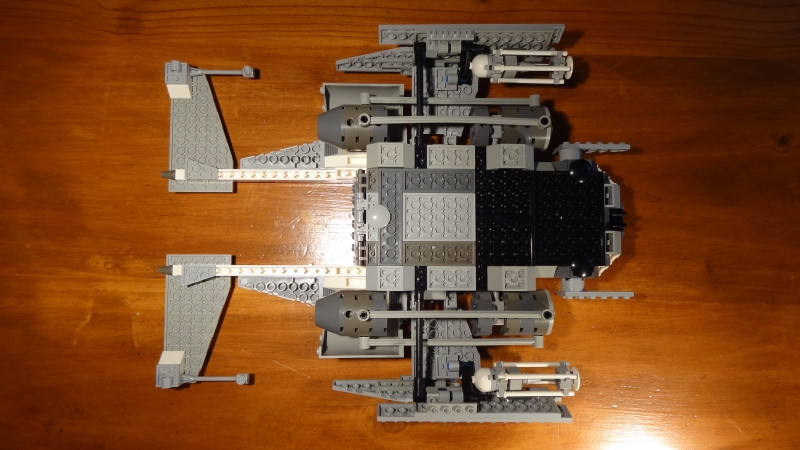 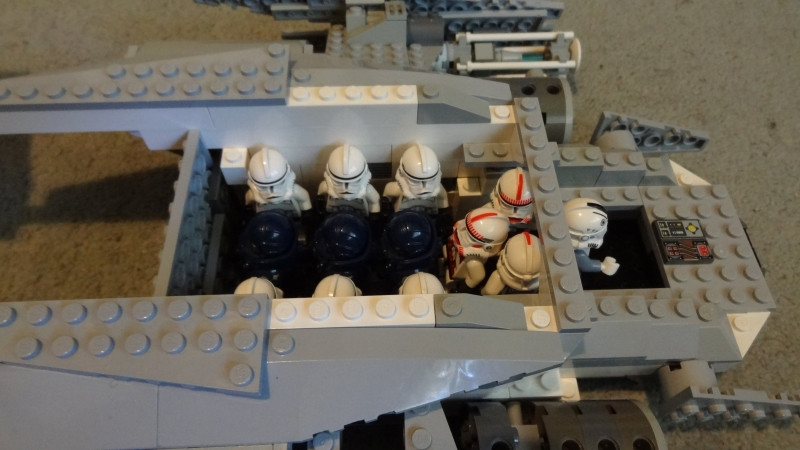 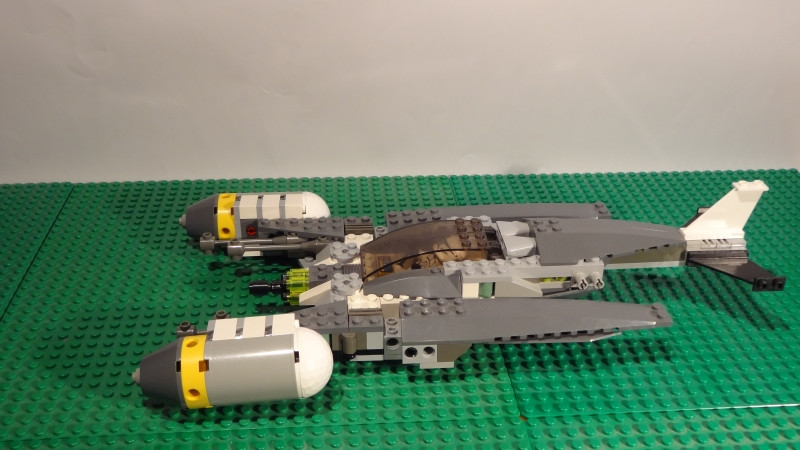 And a *thwoosh* shot, because the other one just doesn't cut it. Don't mind the hand. 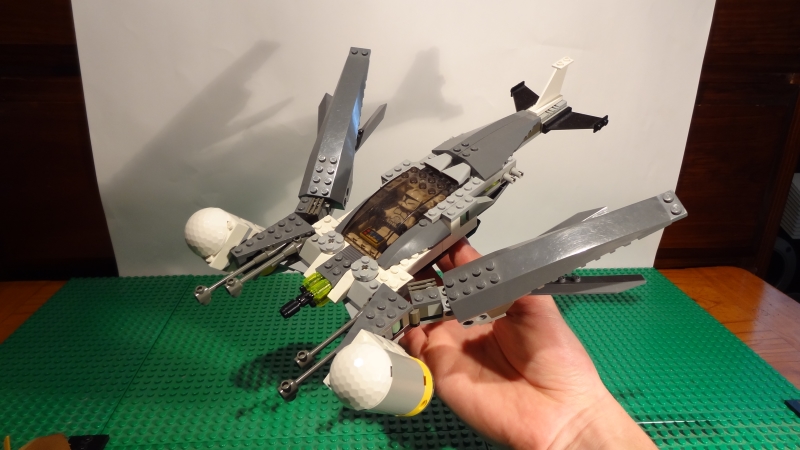 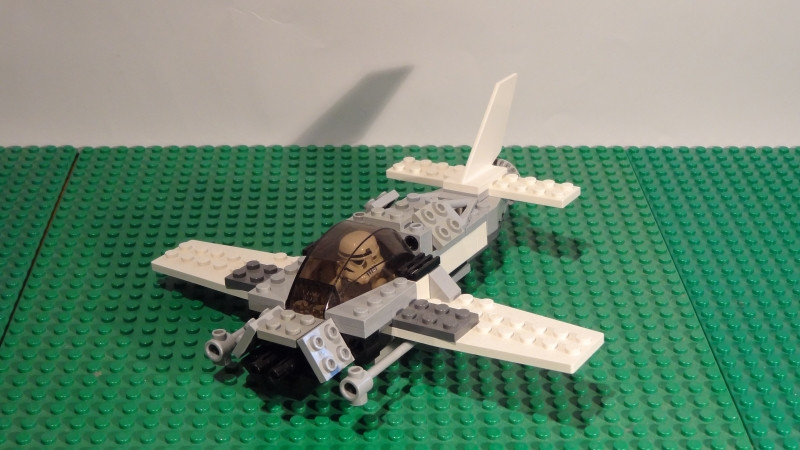 And it's counterpart, The Steak-Knife 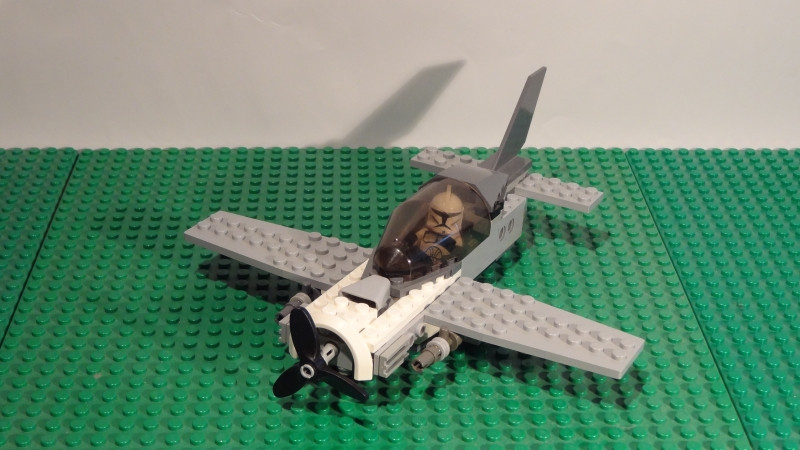 And finally, the esteemed Fork brothers 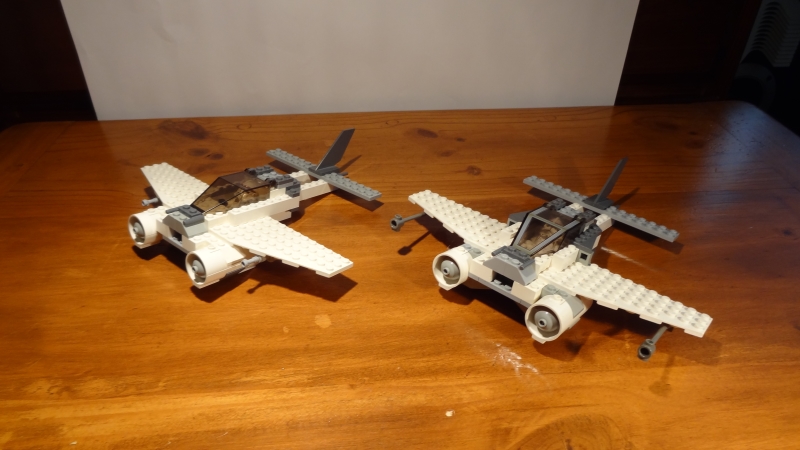 Ground vehicles (Currently working on these) 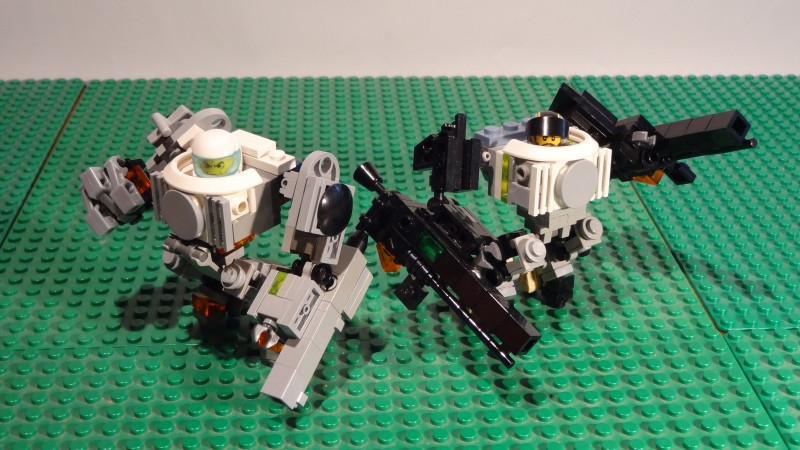 Ellie on the left, Midge on the right. They support the foot-sloggers.


And... The Flamin' Halftrack 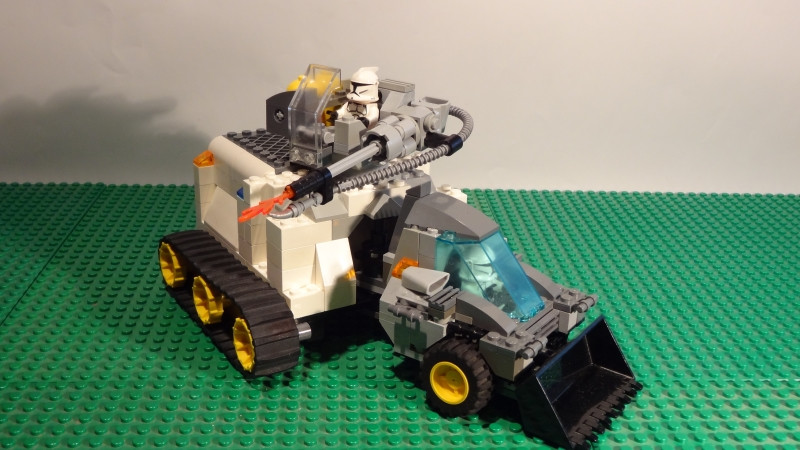 Has a capacity of 8 figs in the back.

So... yeah. That's what I've got completed so far. Other additions may follow. 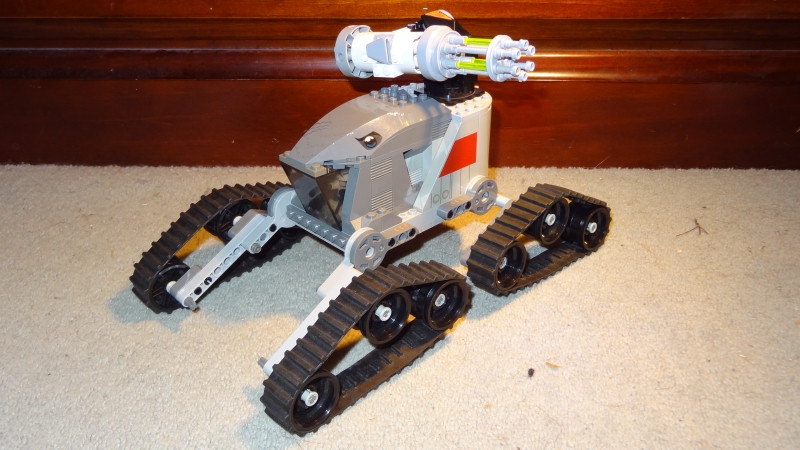 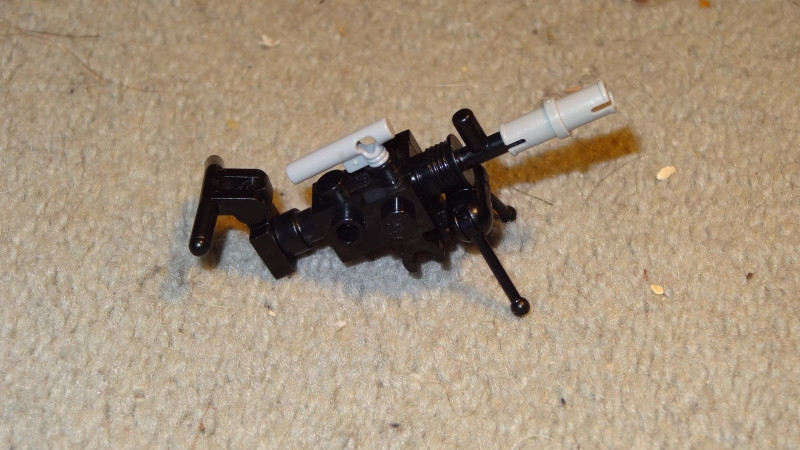 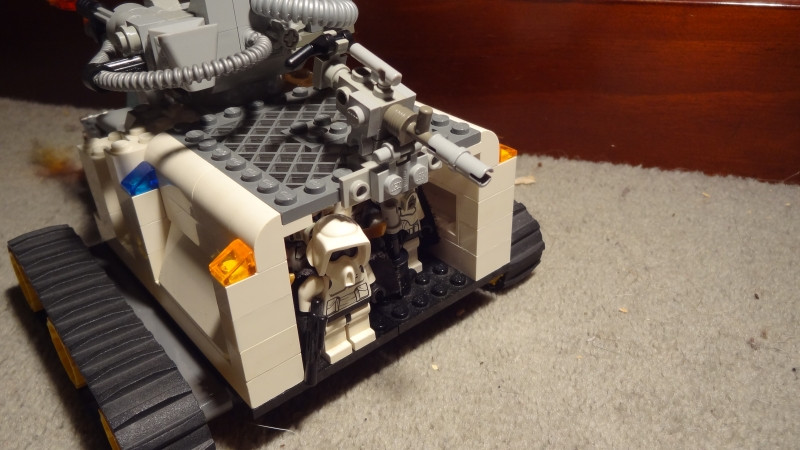 You did a great job of making a clone army unique. The vehicles are great btw. The Cheeseknife is great, my favorite, reminds me I should spend tomorrow making my transport.

I am not a fan of Clone/Stormtrooper armies but the melee specialists look cool!

The Halftrack is the best here. It's so whacky in a Brikwars way.
If you're not into Metal you are not my friend!
Top

You did indeed come prepared. The vehicles are very nice, and so are the more unique clones. I would say mostly move away from clones as regulars, those melee specialists are pretty cool.
Ask now what I'm doing, even for me

"The frontiers of space are a giant sausage fest." ~ Admiral Ackbar

Wow, these guys are amazing. You did a great job adding flavor to your clone minifigs, and you built some pretty awesome vehicles -- especially that mothership.
[21:30:33] Scritch: you can put it in theblackdog

Quadruple.Digits wrote:Grenadiers: (AKA marines. Lego blatantly ripped off 40K with these guys)

The armor itself is based on Lex Luthor's power armor rather than 40k, although I don't think we ended up giving it to him except in the video games. But you know how it goes - as long as we had the design anyway, why not release it in ultramarine color for the fanboys?

I'm pretty sure the Galaxy Patrol guys were originally all going to get this armor in all different colors, but they got scaled back for some reason.

stubby wrote:
I'm pretty sure the Galaxy Patrol guys were originally all going to get this armor in all different colors, but they got scaled back for some reason.

Possibly because GW demonstrated its willingness to sue anyone who uses "space" and "marine" in the same sentence.
[21:30:33] Scritch: you can put it in theblackdog

Those flying machines are cool as hell. Don't even get me started on that halftrack.
This sig is too fucking large: show anyway

Theblackdog wrote:Possibly because GW demonstrated its willingness to sue anyone who uses "space" and "marine" in the same sentence.

Nah, I don't think LEGO would even blink. I'd pay to watch GW's legal team try to step to the guys LEGO keeps on retainer.

Theblackdog wrote:Possibly because GW demonstrated its willingness to sue anyone who uses "space" and "marine" in the same sentence.

Nah, I don't think LEGO would even blink. I'd pay to watch GW's legal team try to step to the guys LEGO keeps on retainer.

I'd like to think that too, but I suspect that confrontation has already happened. The "Space Troopers" cuusoo theme was originally called "Space Marines", until someone requested they cease using the name because it coincided with a trademark owned by another company. I think we can guess which company that was.
Top

Welcome to the war
Phalek empire, S.P.A., Belgïe, My claim to not being a shitbuilder.

This a a really interesting use of a clone army, I like it a lot. The vehicles are great, and the dragonfly is probably my favorite. Continue to find little ways to modify the clones and differentiate them from the originals, like you did with the melee troops. You could change some of the arms, legs and helmets for instance.
Top

Those mechs, I love em dude. But I would make the arms a bit bulkier, right now they just seem thin
This sig is too fucking large: show anyway

As said before the clones look great, but if you want to customize them further you really don't have to do much. Swap out a few helmets or leg bits and you'll have a mean looking custom army - the clonesuits make a really good base for the rest of a uniform to follow up on. For example, your melee dudes may only have a cape and a sword, but that's still enough to make them not look like blatant star-wars ripoffs.

Plastik Armory: a bunch of weapons and abilities compatible with the 2010 rules.
Top
Post Reply
25 posts