“For many years, throughout many cycles of the great Kosmik Rekonstruktions, the world of Axeleron has had minimal interaction with forces outside its immediate sphere of influence. For much of its history, the Plot, the great magical weaving of the Narrative Elements with the world’s innate and incredibly complex dimensional structure, isolated and protected Axeleron from the conflict and chaos of the greater Nehellenium Galaxy, and allowed the inhabitants of the realm to flourish and grow to become the diverse and advanced culture that it is today. But nothing can last forever, especially something so fragile as tranquility. Ragnablok has begun. The end of the Nehellenium Era is here. And the world of Axeleron, once safe and secure in its own tiny pocket of the galaxy, is about to be thrust onto a universal stage with thousands of other players. Acquiring more knowledge about these new players, their important figures, and the great vastness of the Brikverse as a whole will be crucial to the continued protection of Axeleron’s inhabitants. This tome is intended as a field guide; a report from the front lines concerning the various groups and individuals of note encountered as I undertake this new quest. If this book has found its way into your hand, dear reader, I hope it will impart the wisdom you will need to survive in the ocean of strife and mania that is the Brikverse.”

“The greater span of the Brikverse is teeming with countless scores of monsters and horrors that plague the galaxies’ innumerable worlds, each as bizarre and destructive as the last. Even in the few weeks since my liberation from the Plot Hole, I have encountered dozens of varieties of these denizens of the darkest corners of the universe, many that would cause seasoned adventurers back home to quail in terror. Now, with the sudden and chaotic oncoming of Ragnablok in the recent months, the Brikverse has seen a massive surge in the activity of many of these creatures, as they seem to be becoming bolder and more numerous by the day. What is more worrying though is that many of these previously disparate monstrous factions now seem to be integrating, less in any traditional organized manner, but rather, converging upon a mutually desired target or location separately, and then merging together into a massive horde as a result as they travel to the next target or location, destroying everything in between. They appear to all be drawn towards something, but what their end is, I cannot say yet. However, this development ought to be watched, for if this continues, the coming war may become the least of Axeleron’s worries. There is, however, one pattern that does emerge under some scrutiny, that being that nearly all of the monsters sighted within the ranks of these huge traveling hordes are aligned in some way with the four Elements of Ruin, these being Peace, Stability, Authority, and Poop, embodied by the fabled Four Horsemen of the Brikpokalypse. It is this fact that leads me to believe this as yet another sign of the coming of Ragnablok and the imminent Kanon collapse of the Brikverse. I must consult my texts further on this matter, for if the coming of the Heralds of Ragnablok is indeed foretold, then in the coming days, the free folk of the Brikverse may face a tide of darkness and destruction unlike any they have seen before.” 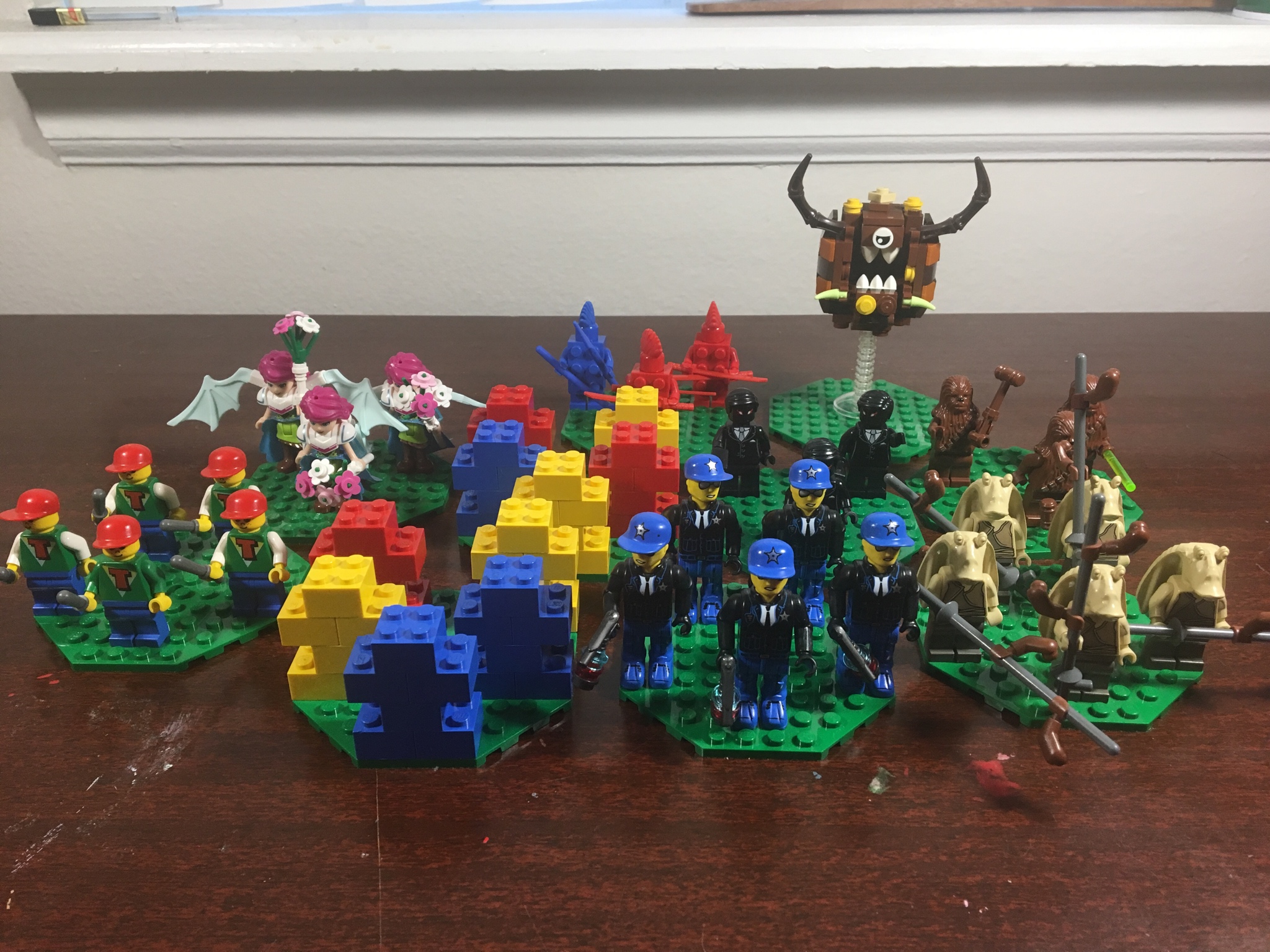 —The writings of the prophet Raoul of Drejmm, 67 A.E.

Re: Beyond Axeleron: Bookwyrm's Cameos

Your armies are always stupid creative and this is no exception, love the Blokklegangers!
Proud creator of the Microfig Insurgency, never again shall we be called "Munchfigs"