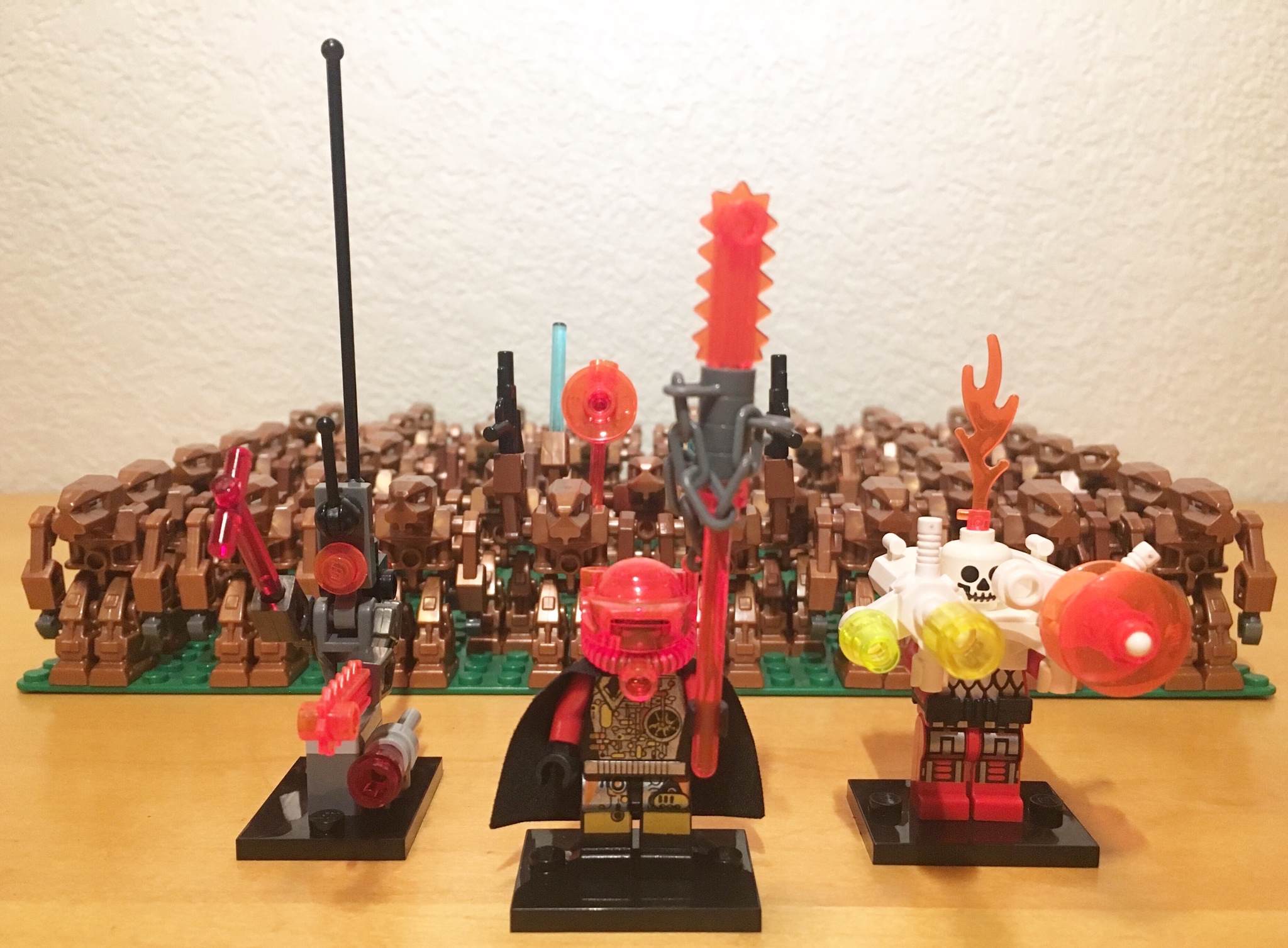 The Dark Technomicon finds organic life repulsive and strive to bring everything in existence into the cold, mechanical embrace of their dark Machine God. They will accomplish this by "upgrading" anything and everything with extensive cybernetics (whether they want it or not). When they have finished their gruesome work the only thing left will be a souless shell of the entity it used to be. 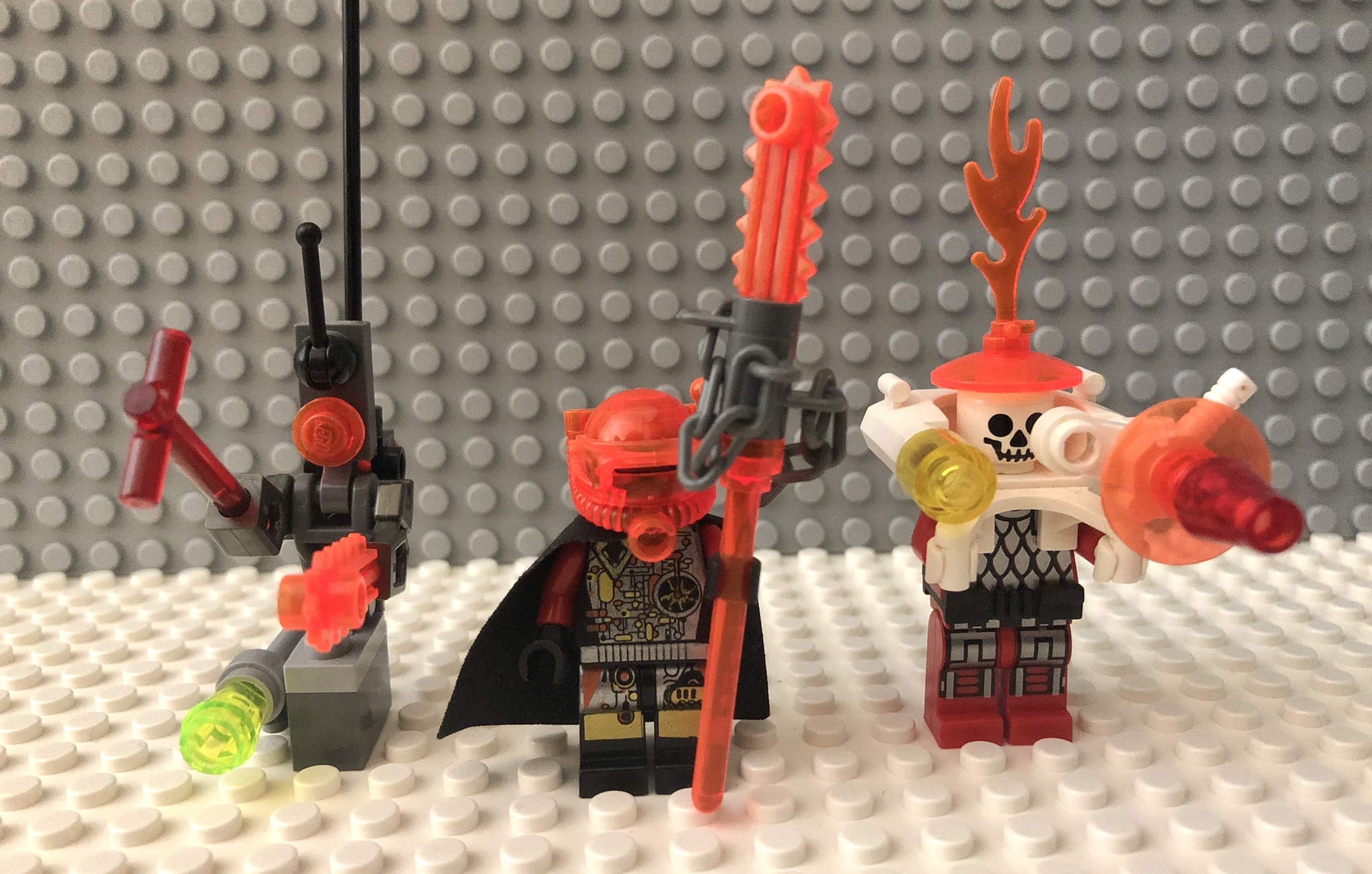 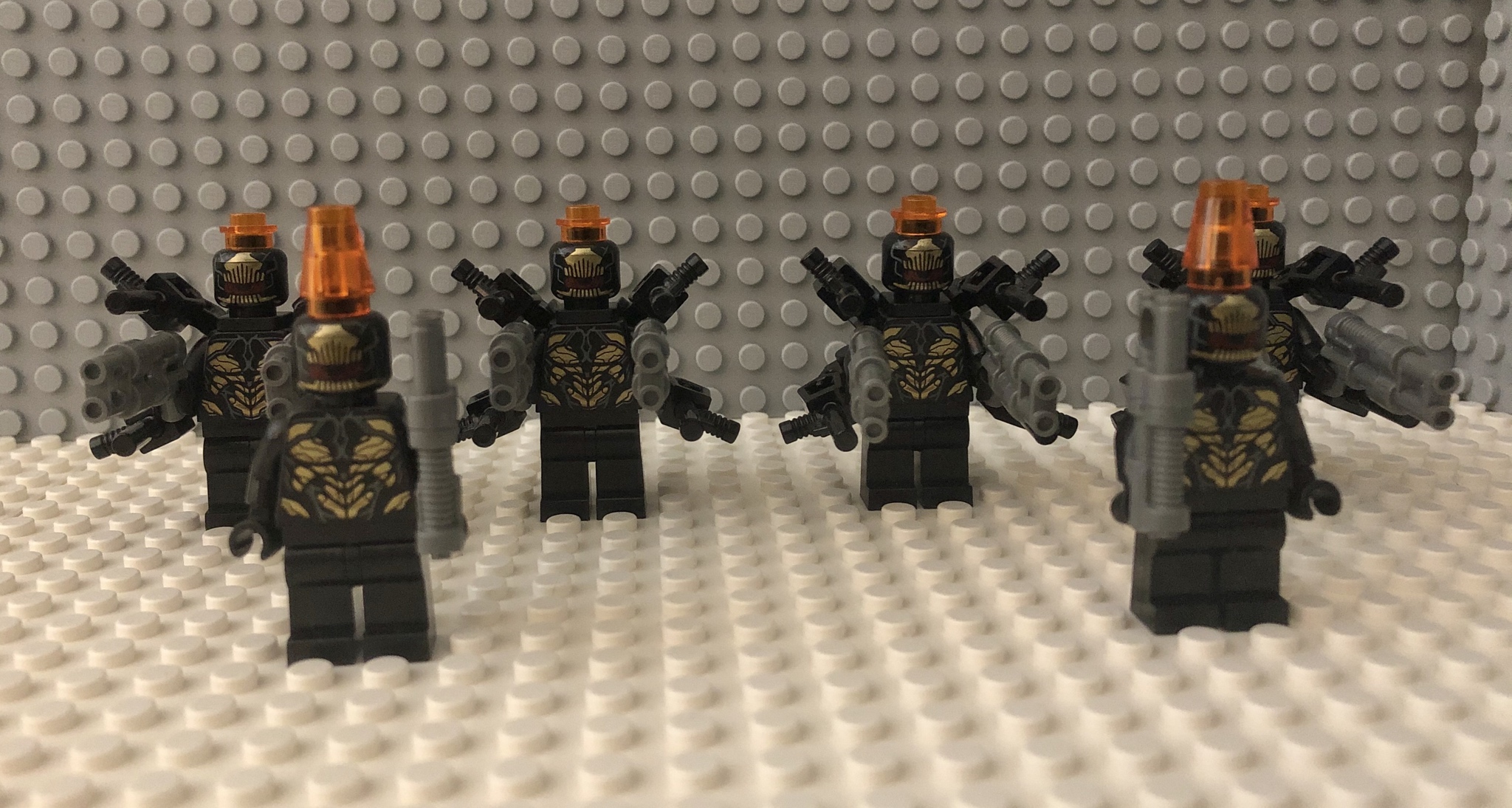 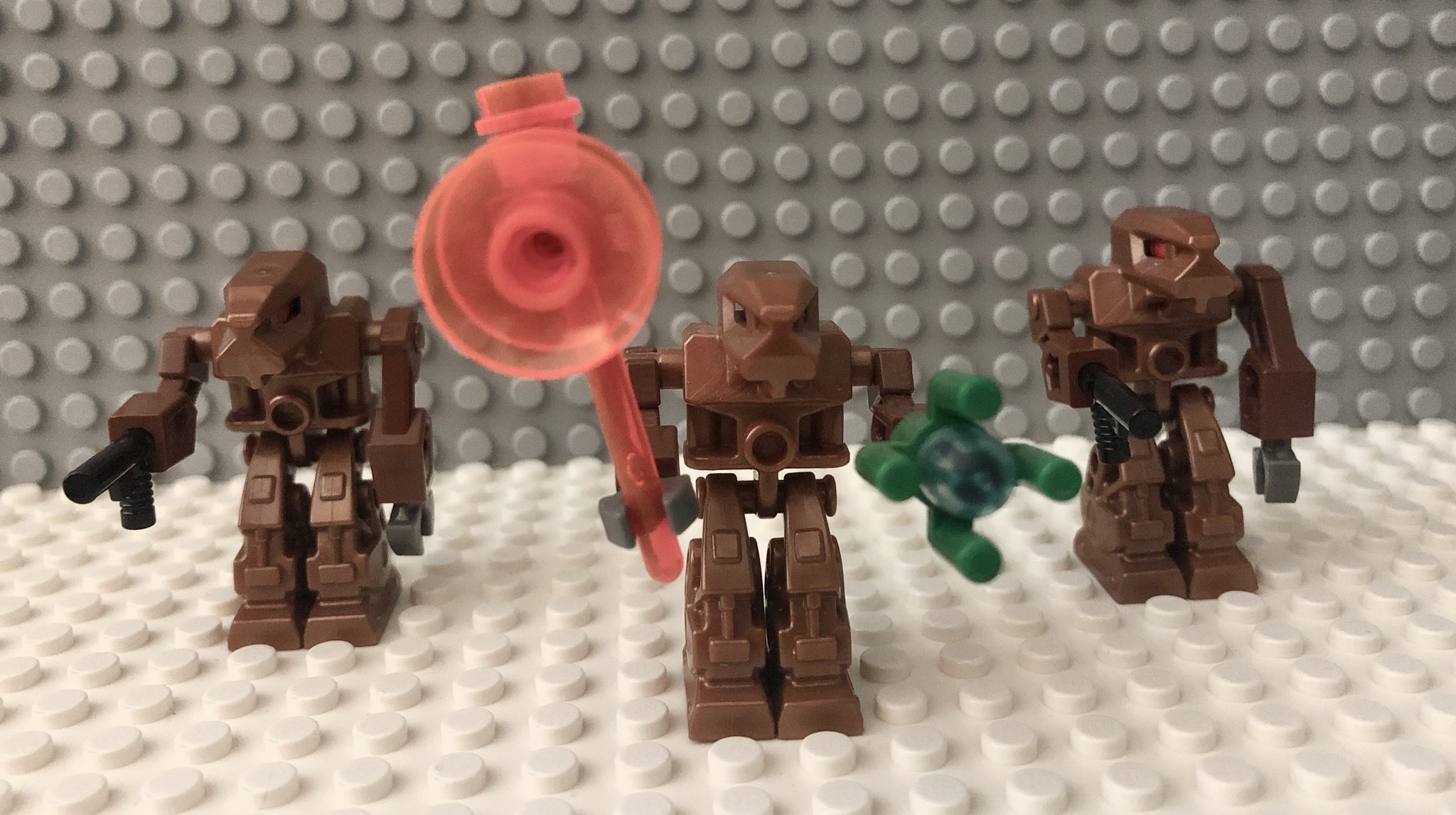 These fine lads are captains that look after the grunts of The Dark Technomicon. Not much else to say about them, other than the fact that they enjoy punishing their lackeys and that they are only slightly less braindead than the grunts (it's an evil faction, what did yah expect?).

These are the standard infantry for the Dark Technomicon. They are completely brain dead and can only respond to commands. They aren't even issued weapons, they just maul people with their claws.

Sorry that there are no stats for these guys, I haven't read enough to assign them proper ones. Also sorry for the shite picture quality.
Bleak Company! COMING SOON TO A PLANET NEAR YOU!!

Most of my Soaps and Armory posts will be localized to this list
Anno Collection
So go on and give it a look!
Top
Post Reply
1 post • Page 1 of 1