Howdy folks, Runswithlegos here back at you again with another attempt to come back from my extended darkages. This post will serve as a bare-bones top thread to my factions. There will be a Picture of the main force, a picture of their current Auxiliaries, and Links to their own threads when those come into existence. Okay, cool lets get started.

There are Three main diliniations between my armies:

Armies of the AJAX-4 conflicts

Armies of Misc (that don't really fit into either as of yet, but still exist.)

<<>>
AJAX 4
Setting:
The fourth planet in the Ajax stellar system, Embroiled in a civil war that has stretched on for many Rekonstruktions. It had started soon after A Coalition that had unified this forested world into one nation turned it's eyes to the skies, and looked towards the stars for their next step. Great starports were contsructed, and SHIPS laid down to take to the Planets of AJAX and beyond. But the month before this conquest was to start, Radioactive Asteroids began to pelt the southern reaches of the planet, striking the most important ports and halting any off-world travel in it's tracks. Radiation changed the figs who survived the hellstorm, and the reeling Coalition took these victims to be invaders, and so the blood flowed anew, unthinking in it's fear.

As the war took shape, and mistakes came to light, the Coalition hardened it's stance, and the Peachskinned survivors took root and bled the Green-suited troopers for every stud they marched south. A breaking point came when the PLA RAINBOWBOXSY SHIP entered orbit, faced with the threat of galactic attention, President McBawksy and his Specops core Teleported aboard this SHIP and took part in a bloody multi melee that would have spelled out the fate of the Planet... if not for the Darkages.

A Cosmic Stasis Storm had settled over the system in Rekonstruktion 2014, locking the fighting figs of this planet in stalemates that spasmed, looped, and flexed with the passing of years and the bursts of temporary activity when the stasis storm ebbed. For it was not just time that had stopped, but narratives froze too, became brittle and mismatched as context faded into the past. Figs re-fought countless battles of times past, times to be, and times that may never come to pass. Tiny towns locked in micro struggles, a SHIP orbits the planet, locked in a conflict that never ended and may have never began. The figs of Ajax have had relative eons to contemplate their goals, their needs, their desires, to reassess why and who they are fighting.

Come Rekonstruction 2020, The storm is seemingly lifting. Narratives are loosening from the firmament that had so entrapped them. Let us see how things shake up as time thaws out.


The Coalition if Ajax-4

Once the sole ruler of the planet with eyes on building a stellar empire, this nation has been fighting a Civil war against it's southern regions ever since the fall of it's starports. 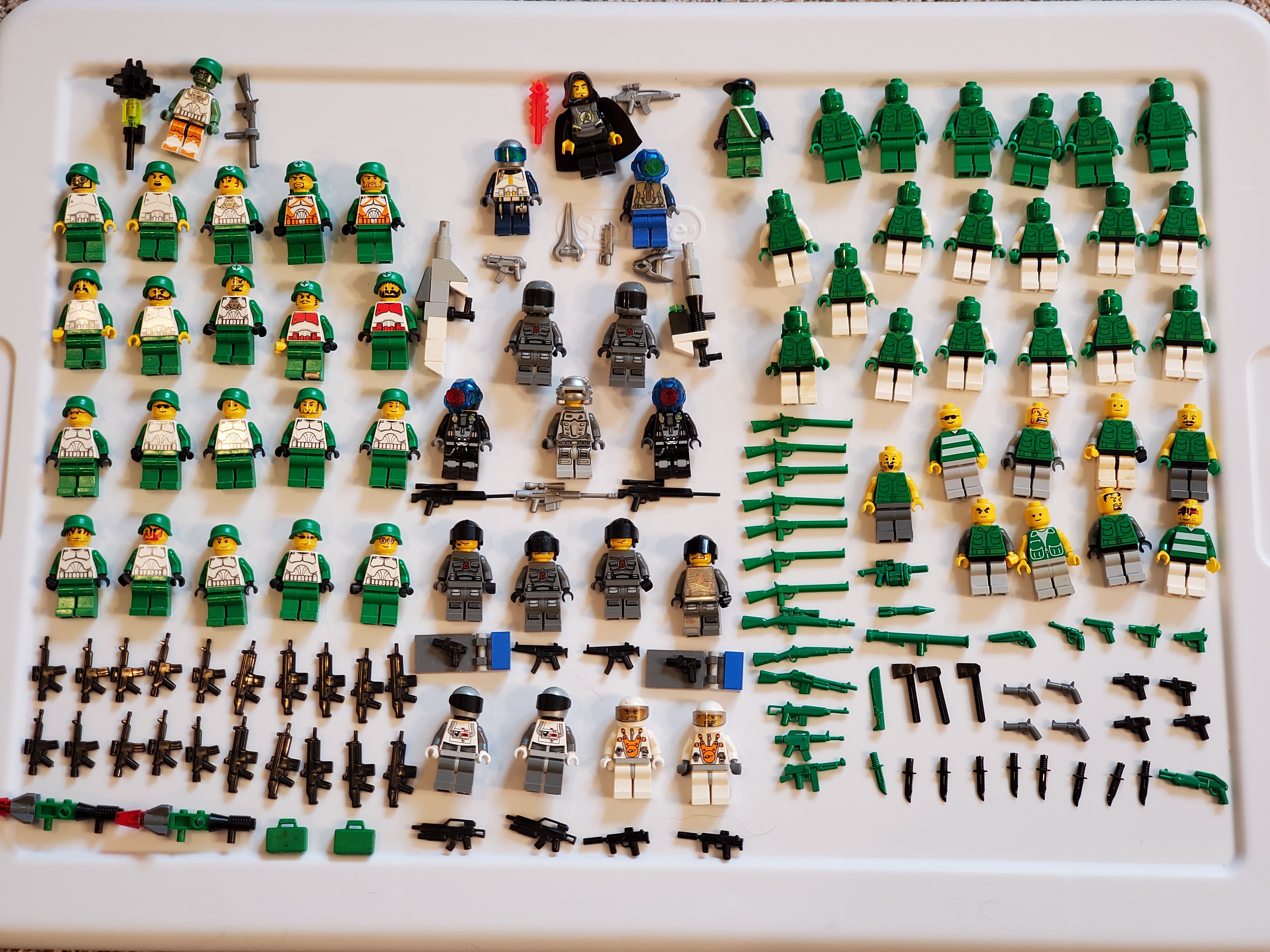 Pictured left to right:
Regulars of the Coalition, Lead by Urgrok the Orc.
President McBawksy's OldGrowth Corps
The Green Rangers, a specialist division of the Army who's members have voluntarily taken experimental plant-based combat augmentations. More on that soon. 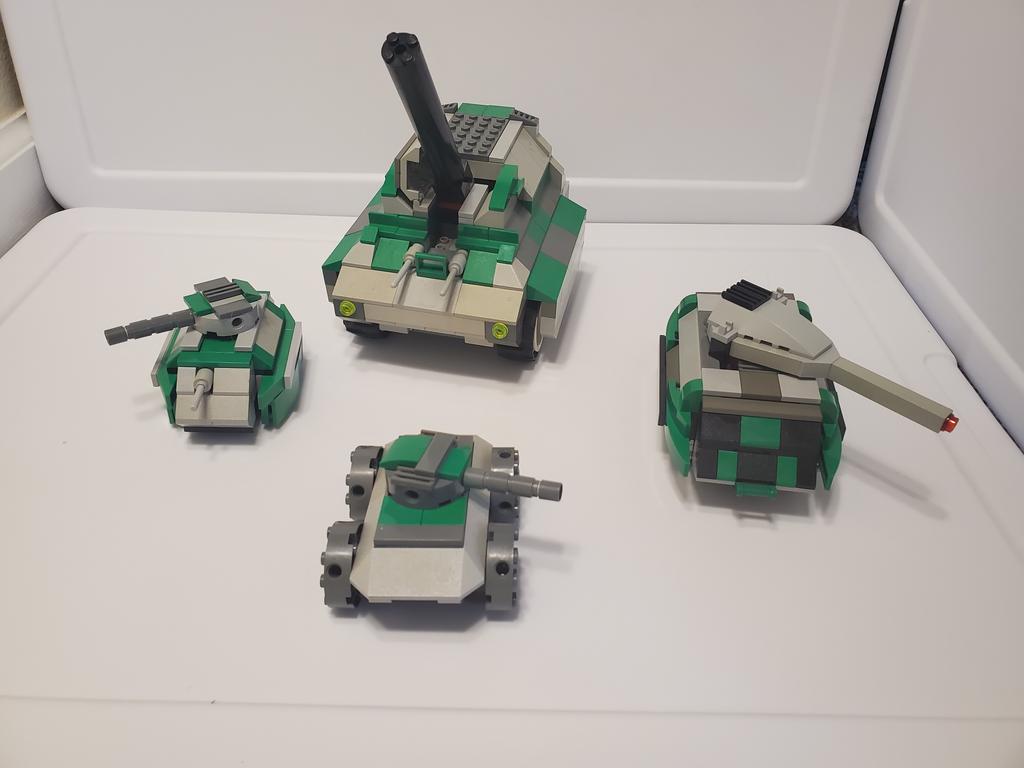 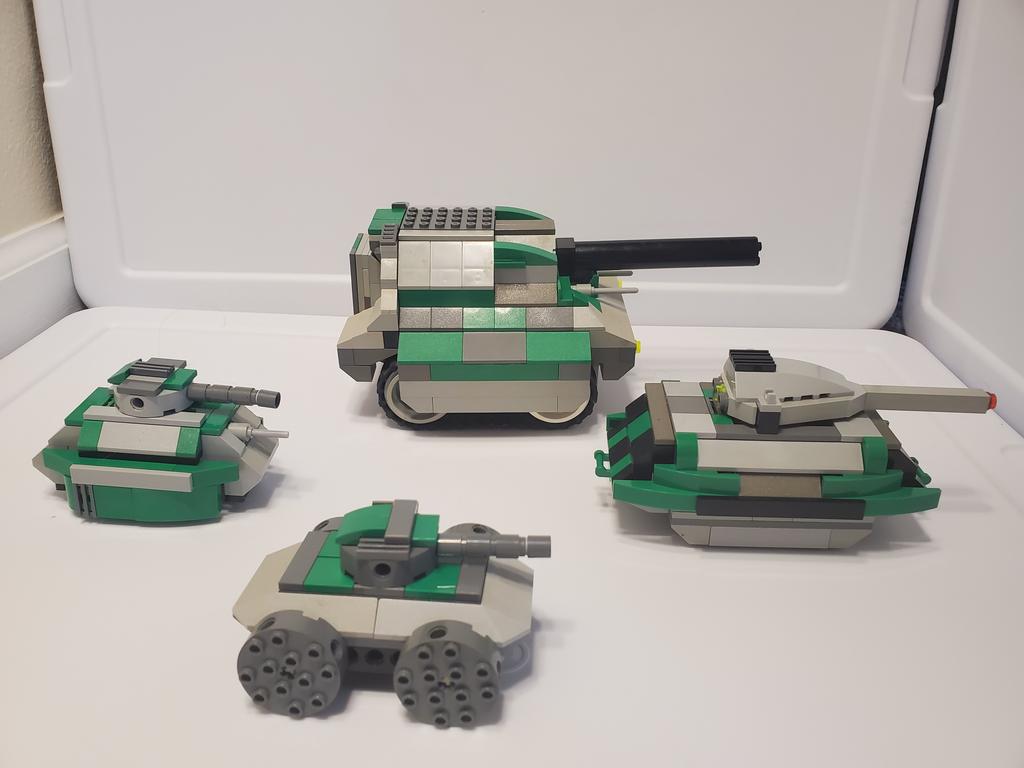 Loyal citizens forced into ardent secessionists, the peaches of the Southern lands of AJAX were once the Engineers, Mechaniks and Logistics leaders of the CoA4's space program. Mutated by the calamity that shattered their industires and choked their lands with smoke, they were fired upon byt the first Military units to hit the beaches. Not ones to die quietly, the multi-factioned Peaches pulled back and turned to their expertise, leading to the creation of their Trademark Junktron war mechs. 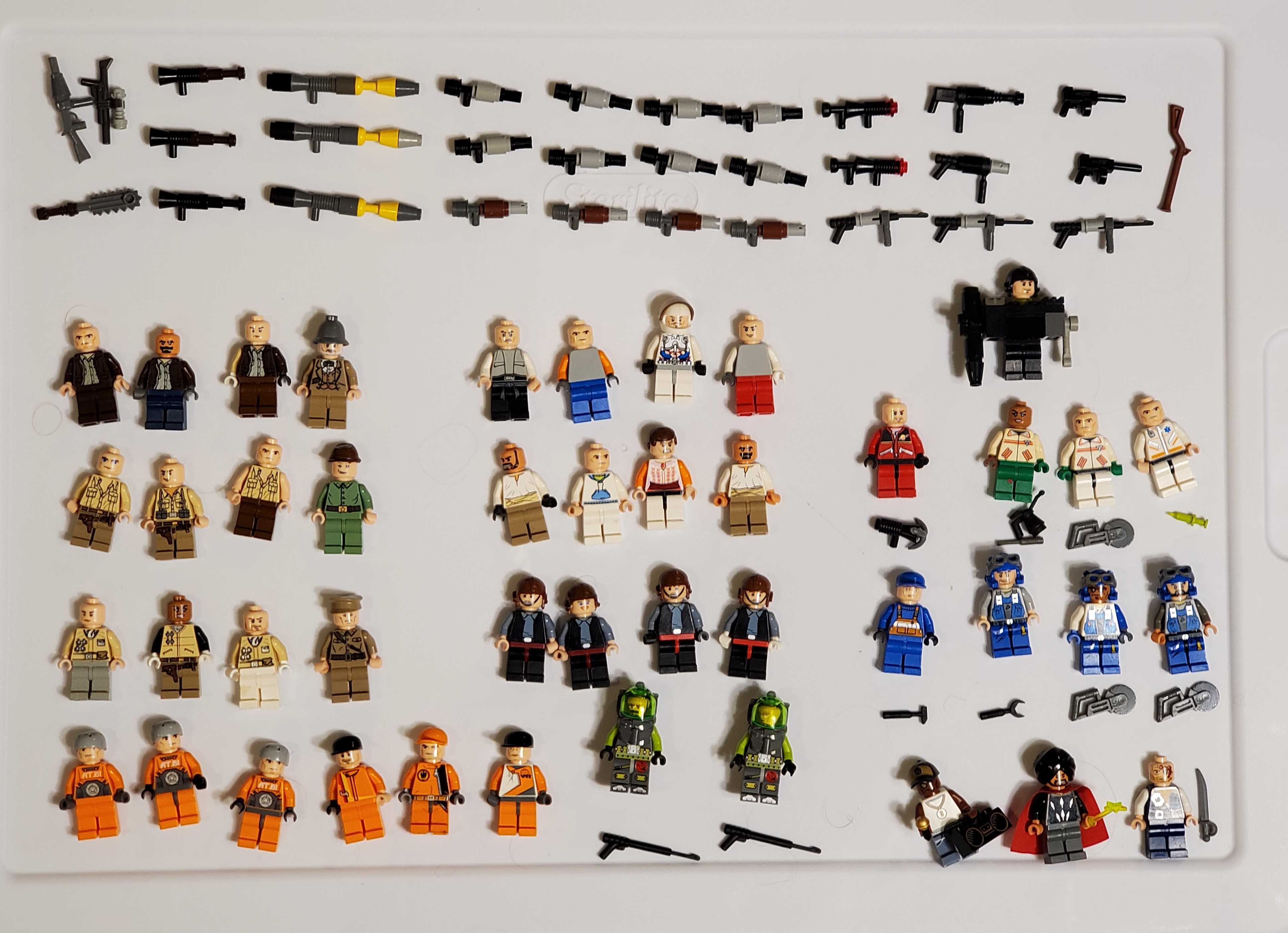 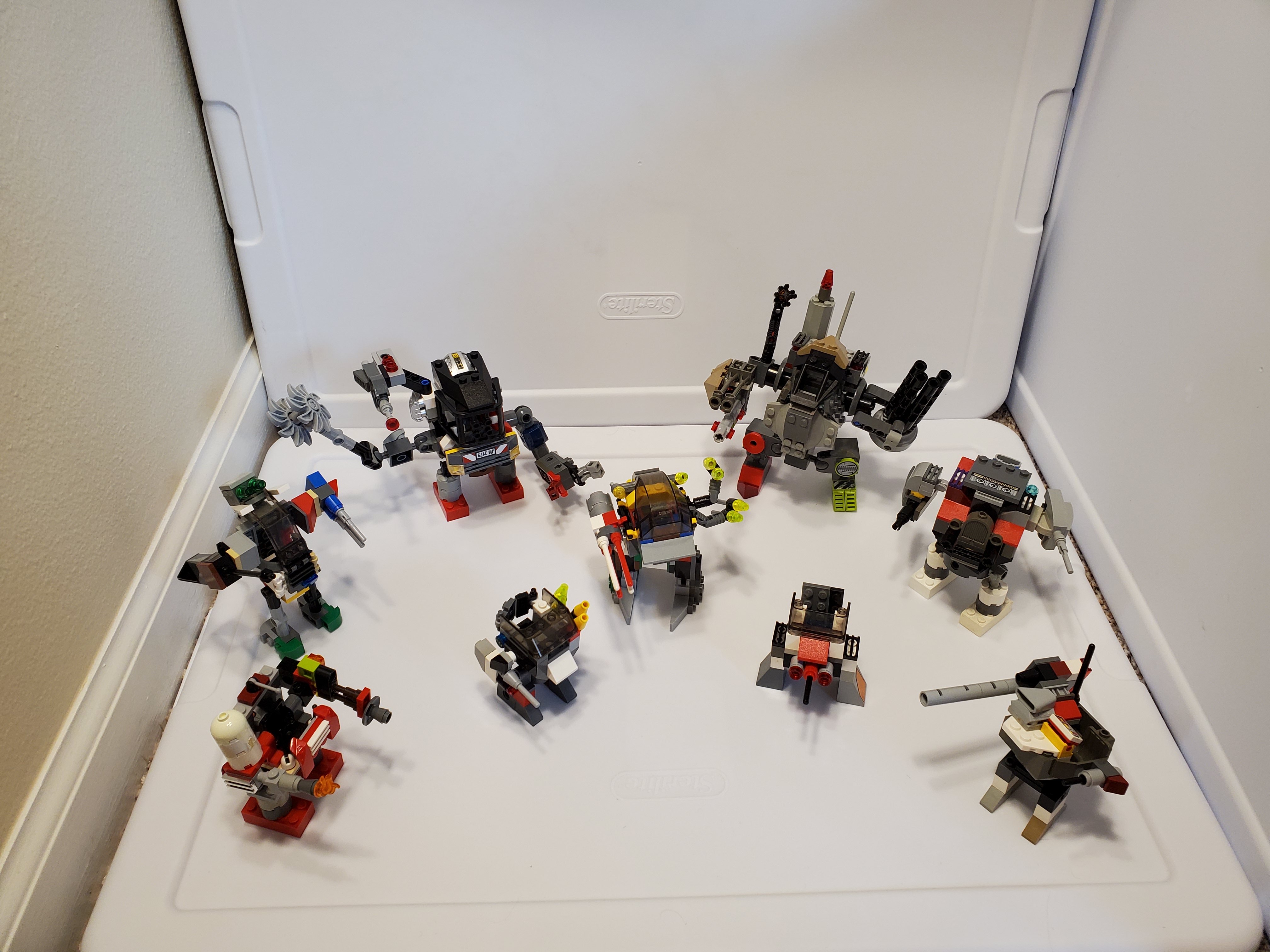 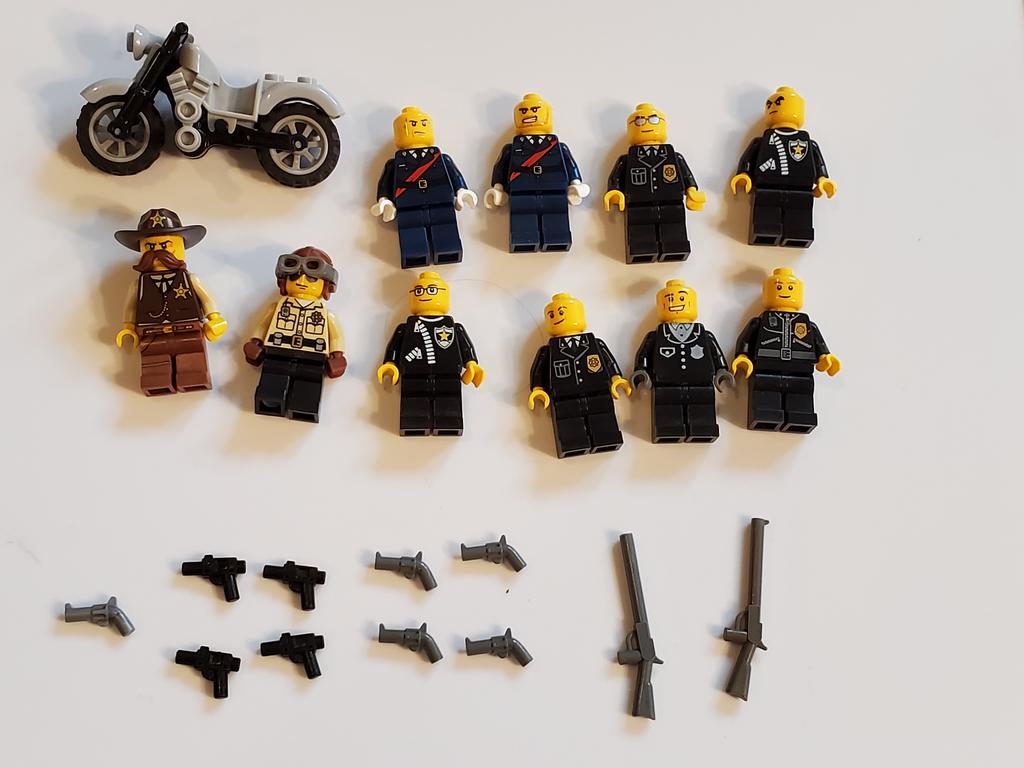 needs to be updated.

All my civillian Figs. 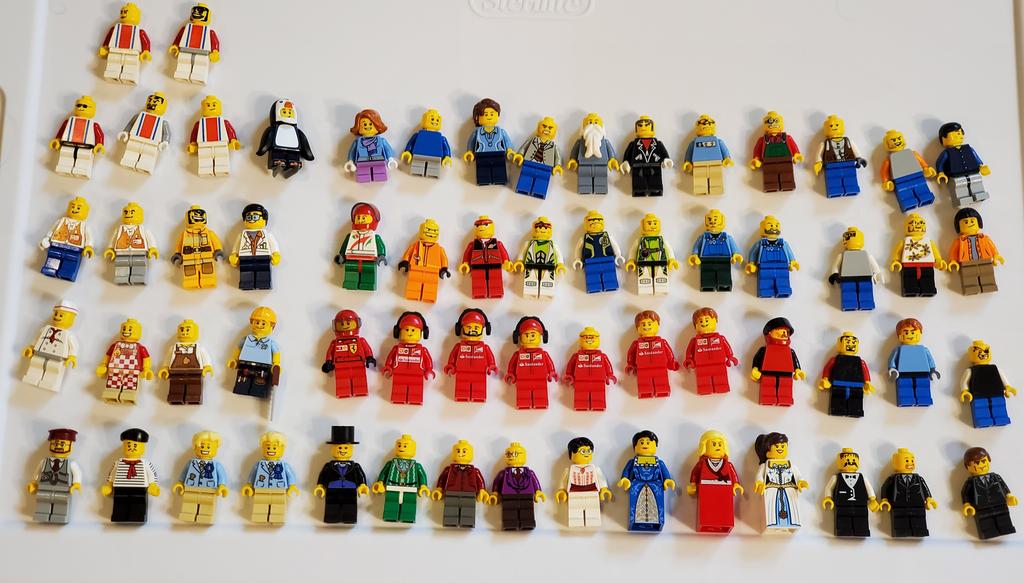 One particular group of interest is the Fancy folks along the bottom of the picture, Starting with the top-hatted Lad and doing right, They are the Fancy Pants Mafia, the most powerful crime syndicate on AJAX-4, and seemingly the only faction on the planet that has steady ties with an off planet faction.
<<>>

Don't really have one just yet. Gonna workshop this one soon.

Lead by a particularly angsty teen with a natural talent for Undeath, The undead armies are made of a Mummy Division under Pharaoh Unkeptof , A ghostly Division under the Ghost King of Bumblbrandle pass and A strong core of Skeleton troops and boneconstrukt warriors.
The black Skeleton is the Teen's first and most loyal Raised minion. 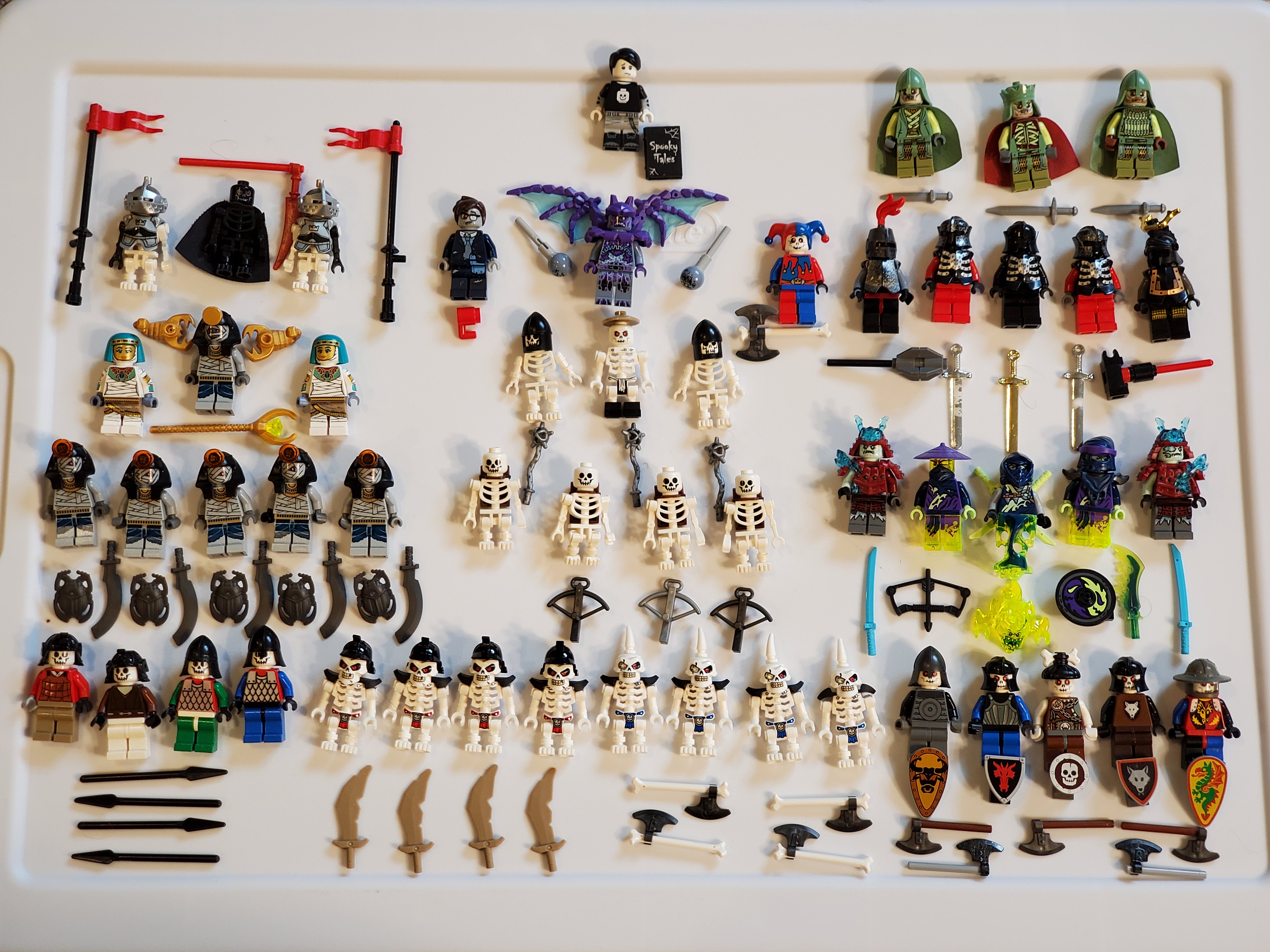 The Auxiliary of the Undead Army 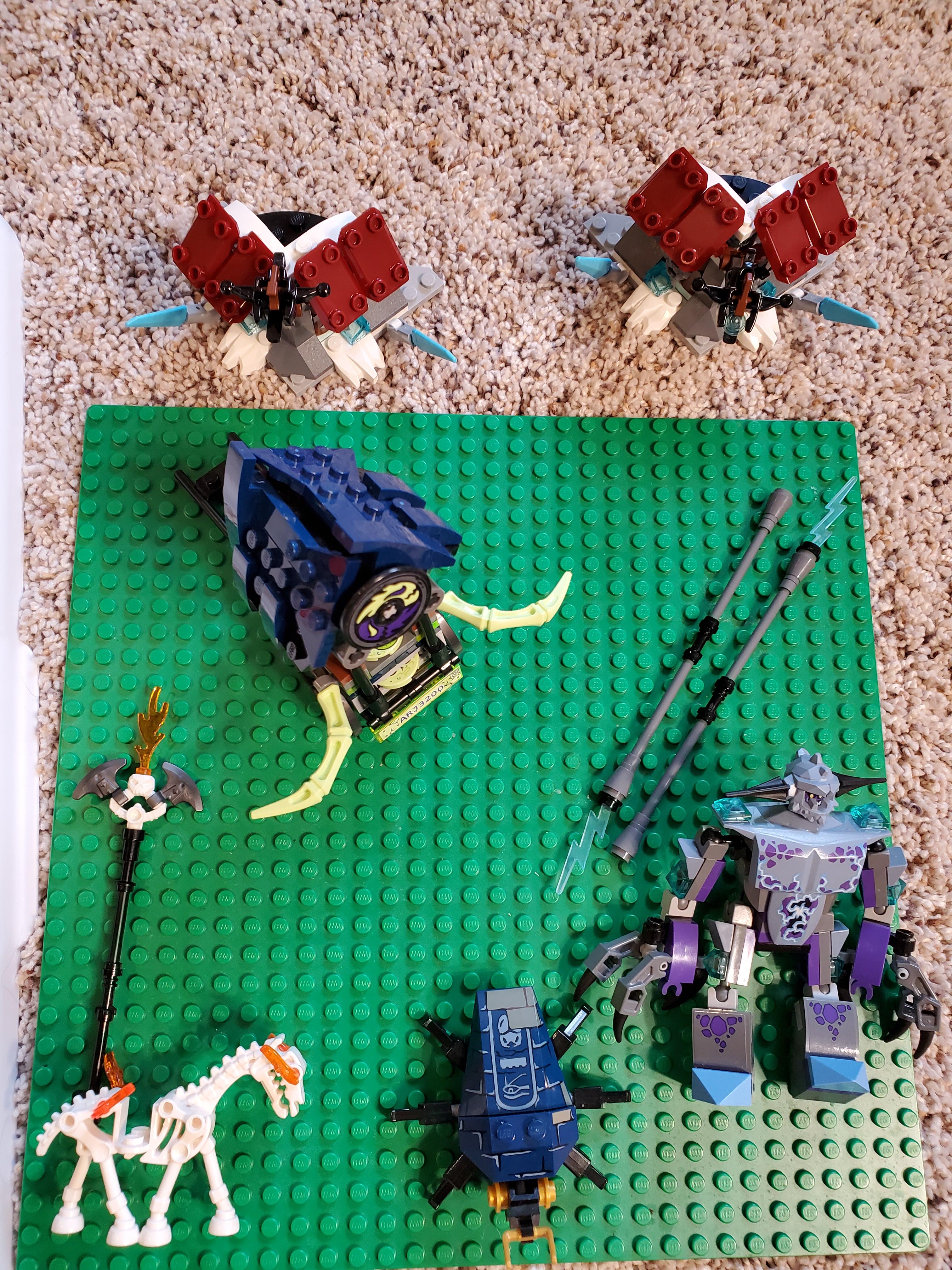 ARMY OF THE BEAST

A chaotic multi-mash up of hoards form across the land that vibe well together, this army has fishmen, beast men, goblins and orcs, Demons and Snakemen. Supported by skypirates and Lead by legoms the Avaricious. 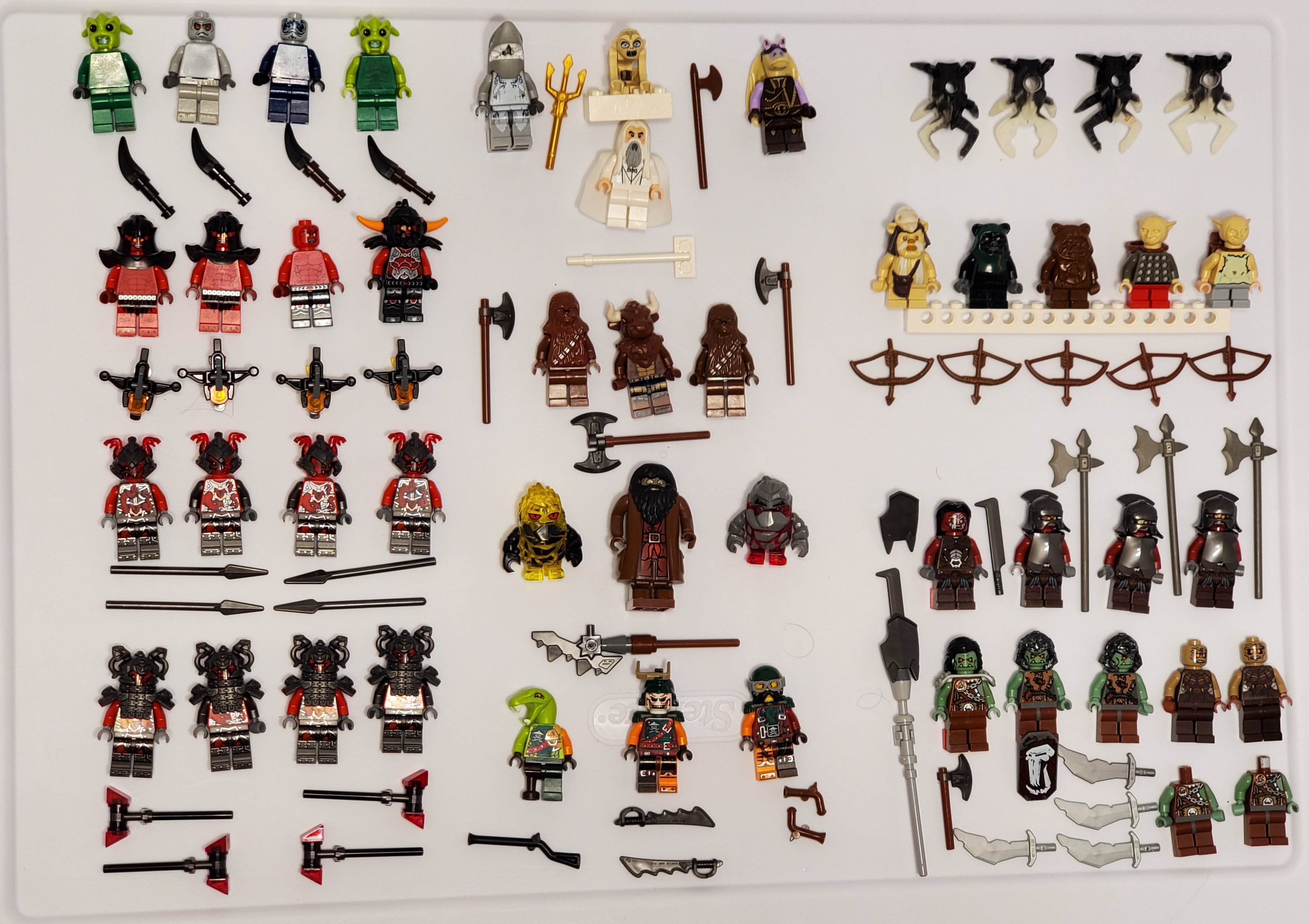 The Auxillary of the Beast Army. A couple skypirate ships, A massive spider and her brood, Two Abyssal Snippers and demonic engines of war. They love to make use of Vermin of all types. 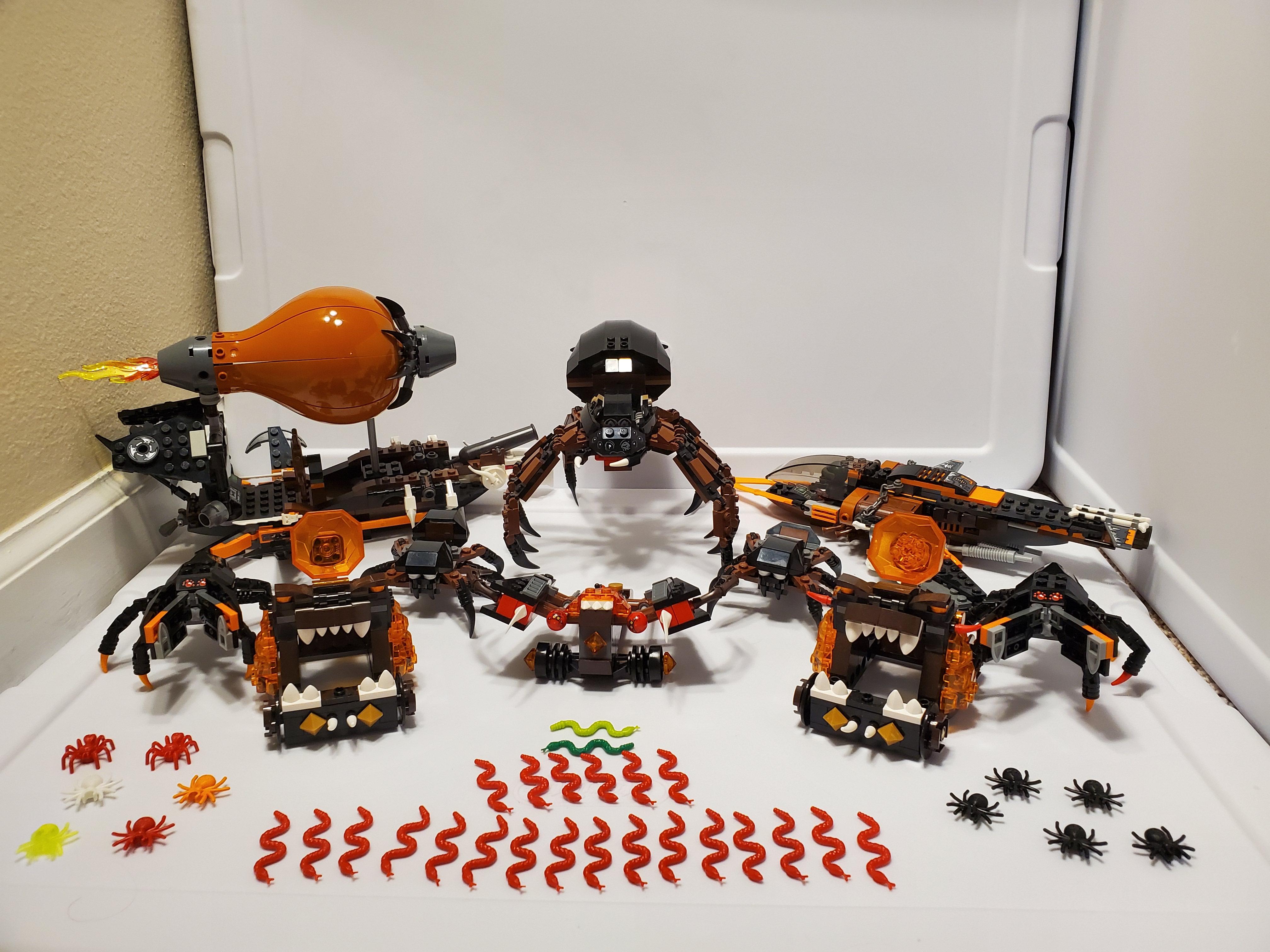 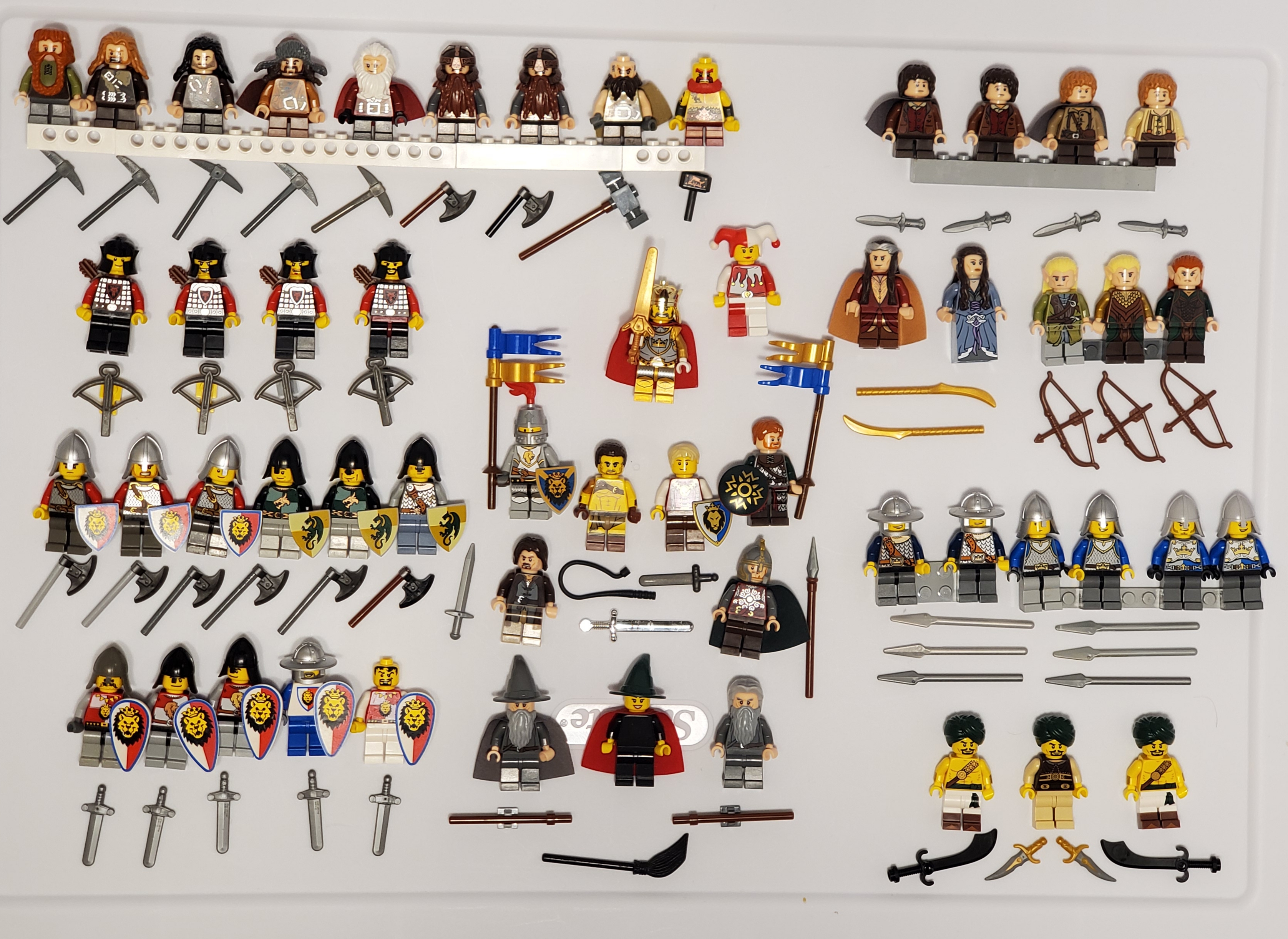 King Loreless and his Horsemen along side the Mysterious NextNerd Knights, a small group of spacers with a vested interest in keeping the Free Realms alive and in technological stasis. 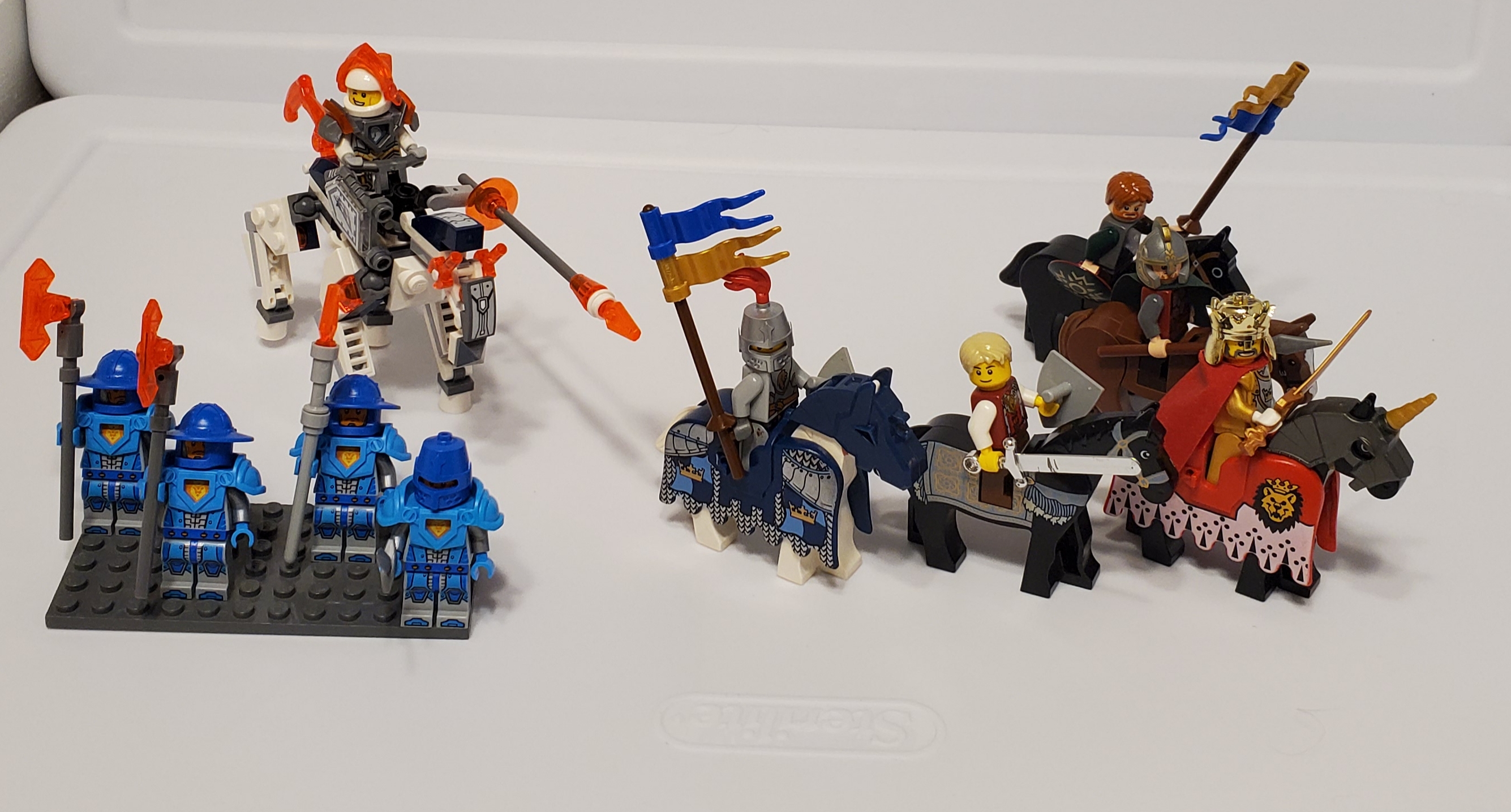 Ain't really got none for these folks, but they can make appearances in the other stories lines as I see fit.

Minor Setting: BrikBuilt Bay
Inner Seas Imperial Trading Company
Imperiallist, Mercanalist, Basterdous, Lead by Princess-regent Ramly the Resplendent, these Figs sail the high seas in search of new bricks to exploit.
Pirates of BrickBuilt Bay
A messy mix of Pirate crews who's only thing in common is their hatred of the ISITC, and their love for booze. they work together as often as they fight each other, and love every minute of it. 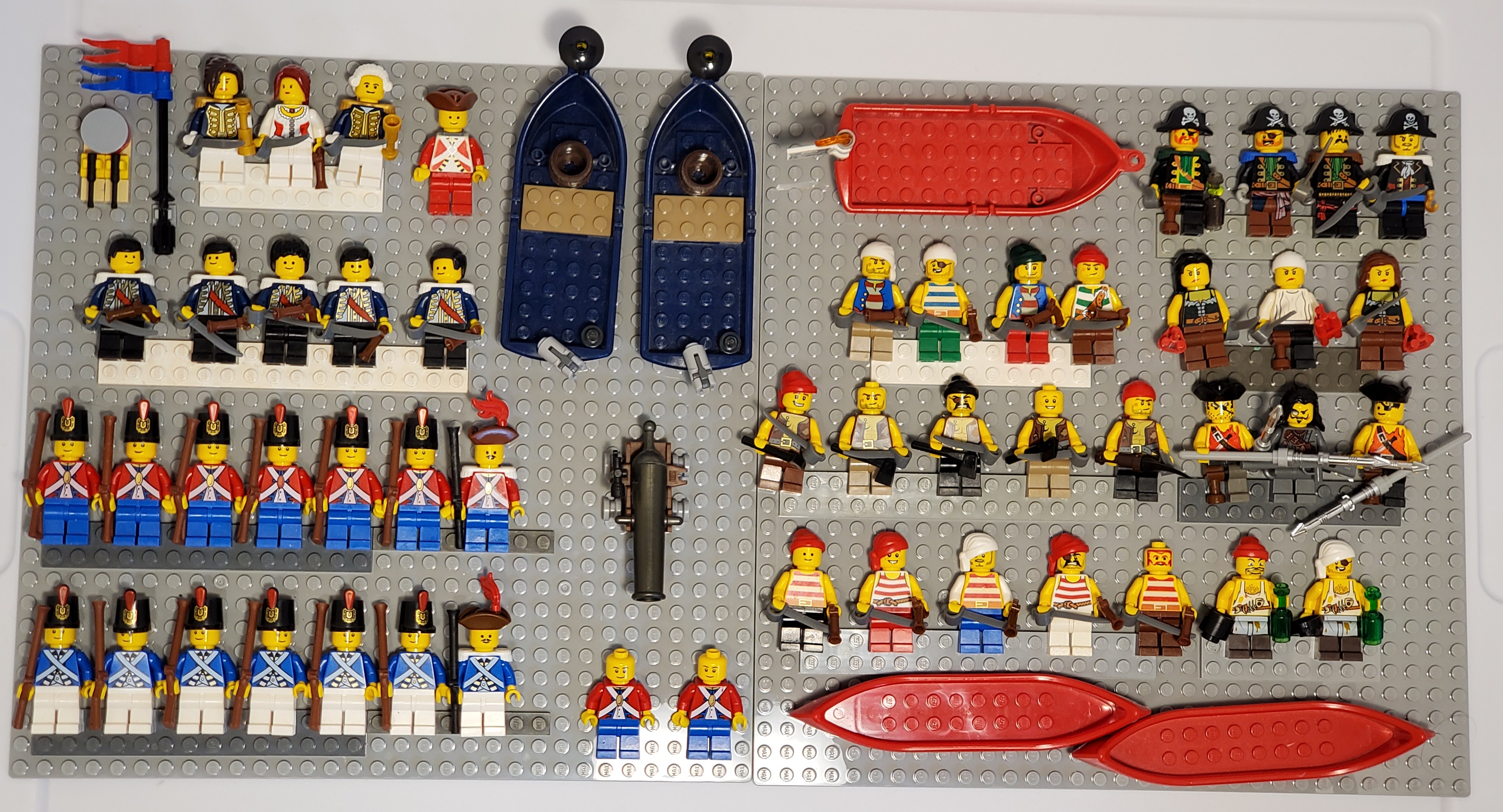 Master Wuut's FunkyFresh Interdimensional Ninjas
A ninja Dojo Built in a funky little pocket dimension with all sorts of connections to other realities. The Dojo was built ostensibly to keep this nexus out of the hands of others, but also because Master Wuut loves the fact that he can walk form bingo to a Four Rums bar to the park to home in just a few inter-dimensional hops.

Adventurous Souls Guild
A group of tough-as-studs Mercs, adventurers, and Scientists who see no problem with taking what they want, when they want, and how they want as long as the paper work was filled out first.

A faction of Killer robots lead by malfunctioning Astrodroids and D3-PO'd
Crafted form the refuse of a Dumpster Planet. 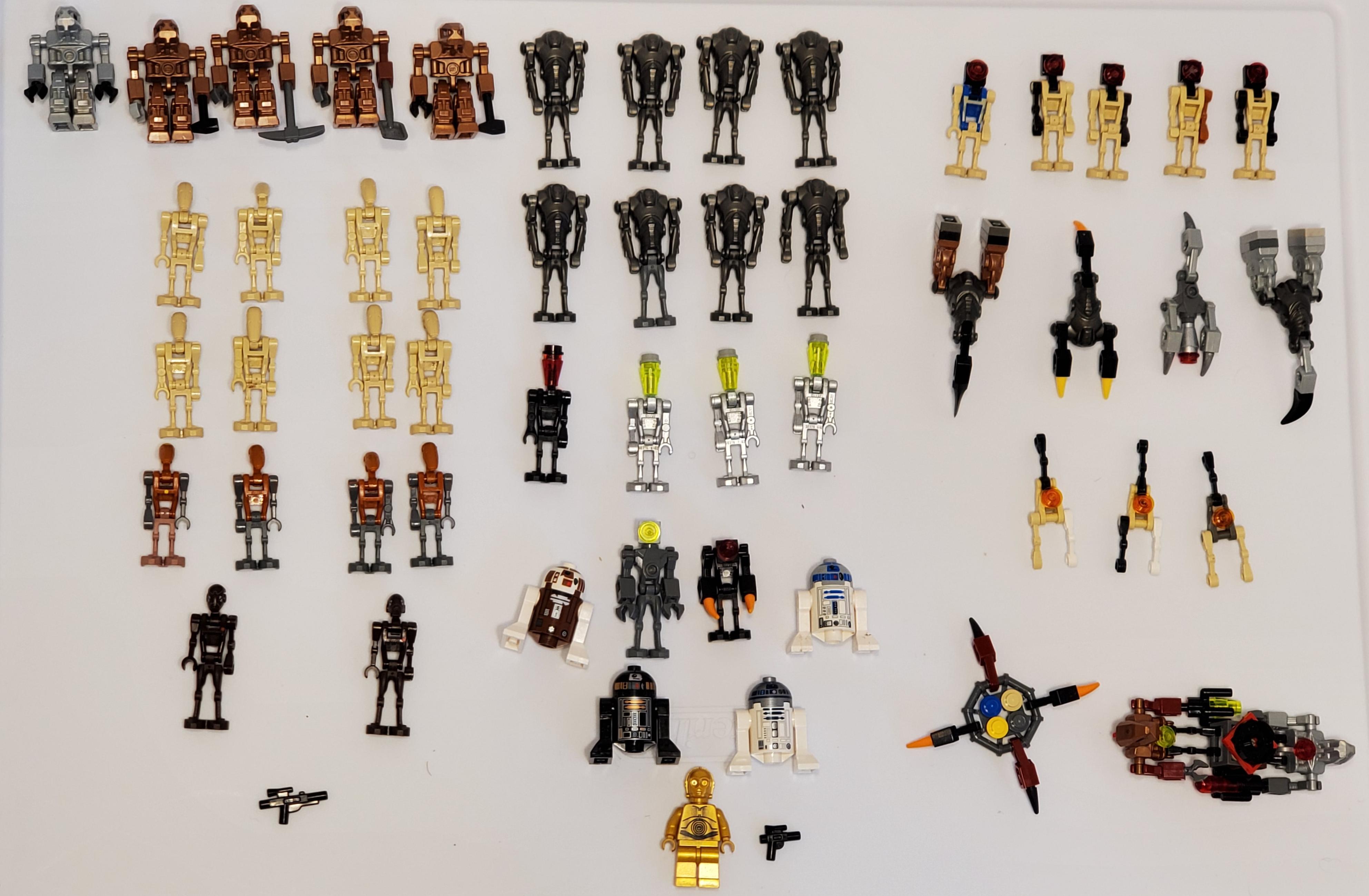 a closer look at the beastly junk bots: 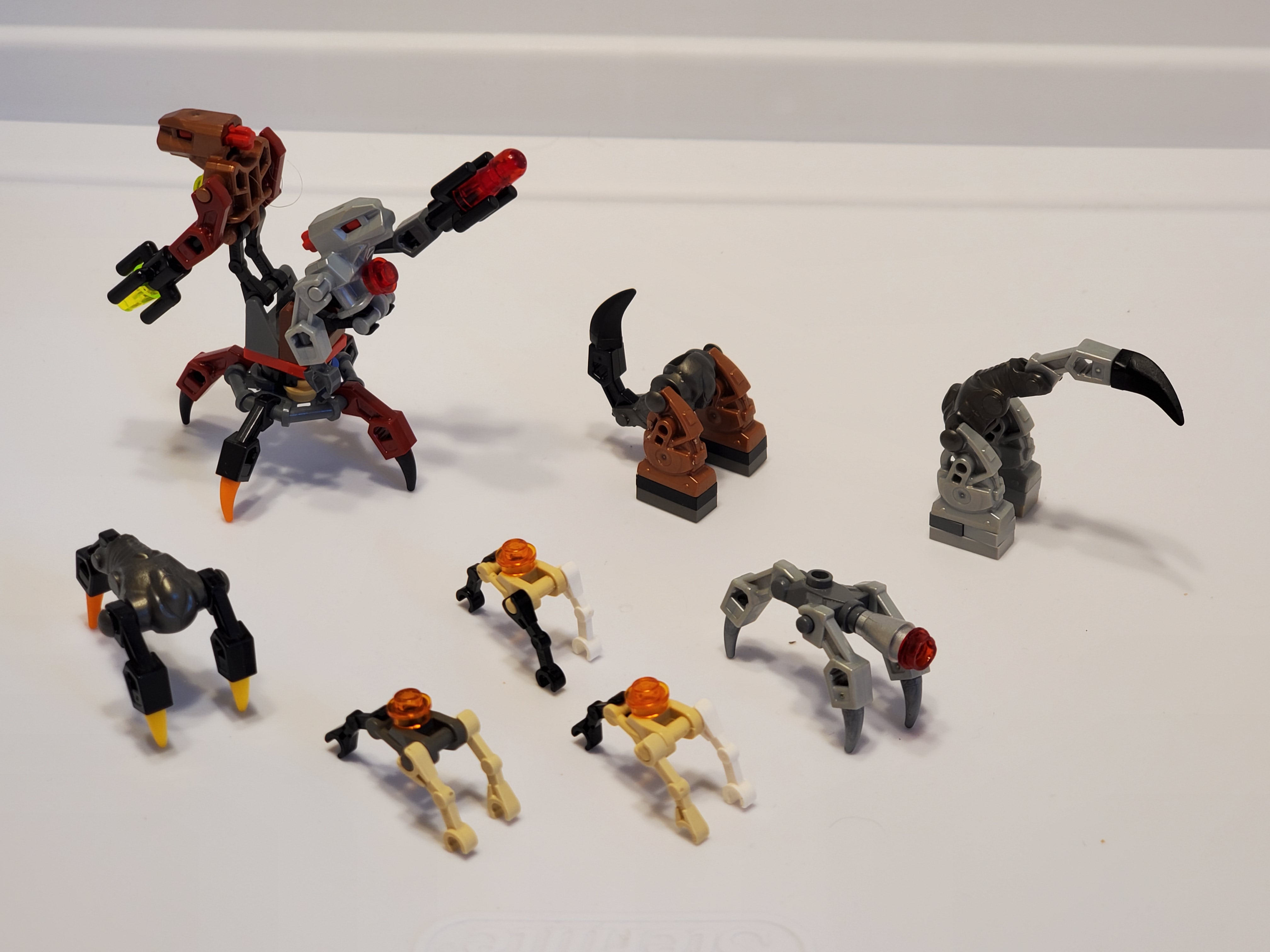 All the Starwars related figs I have. Can be used as PLA, Back up for the Peach Union, or otherwise. 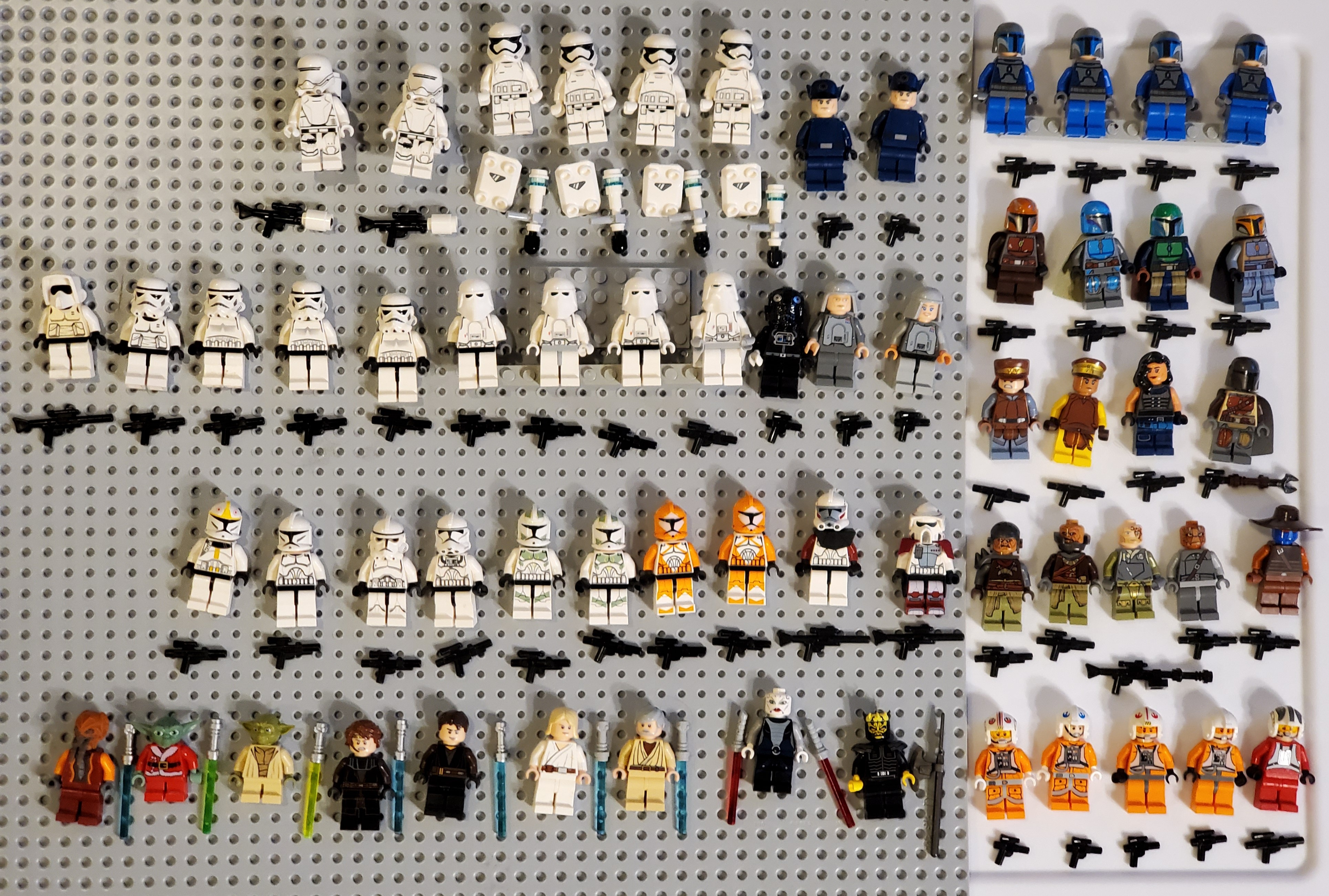 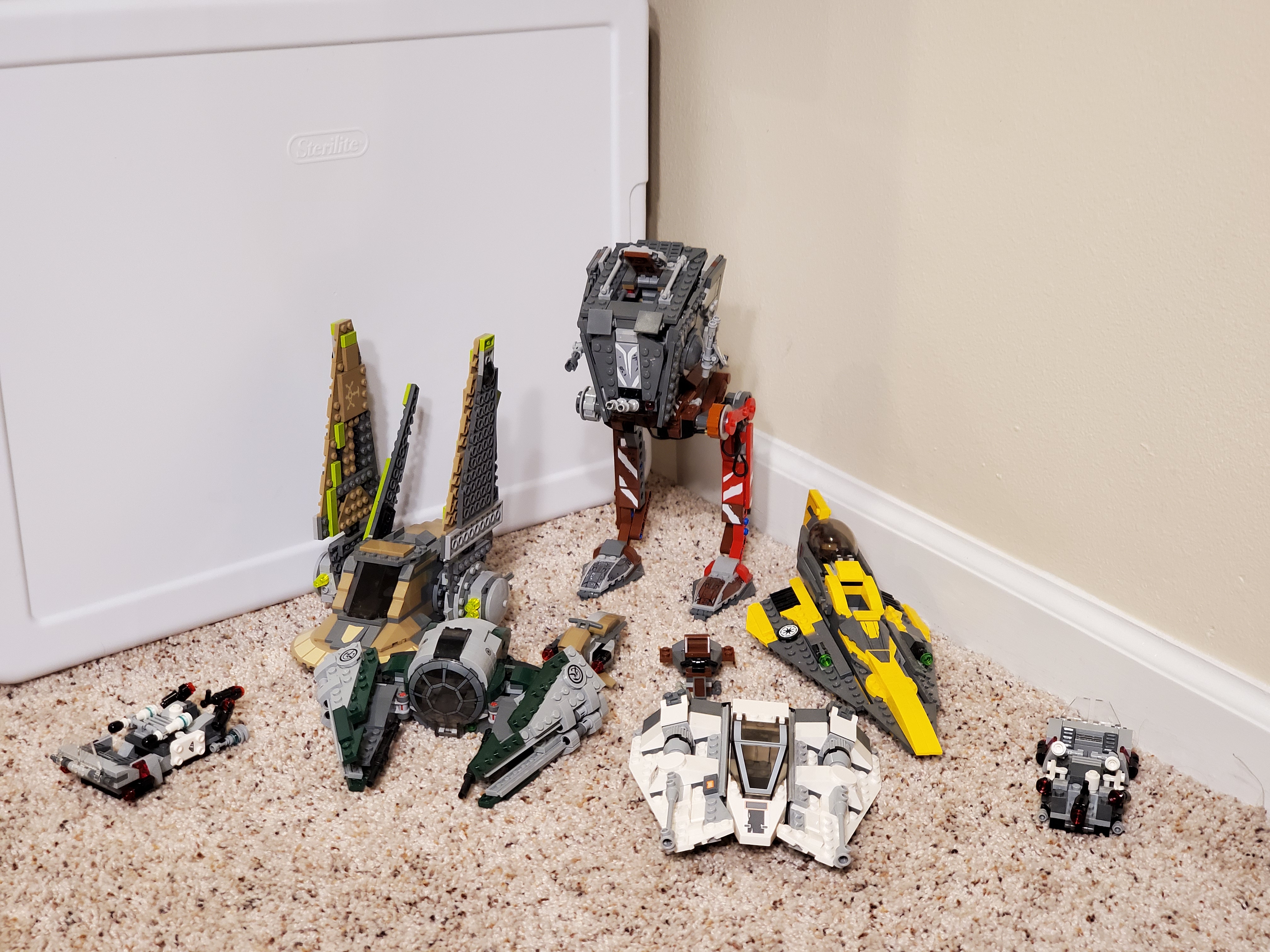 A collection of Aliens from across the stars who draw much joy and merriment from endulging in all the finest points of smuggling, mercenary work, and general dickishness.

Such an improvement from some of your earlier stuff that I've seen. Very nice armies.
The most dangerous enemy you can fight is a man with nothing left to lose

Thanks, it's been just under a decade since i put in real work towards my factions, so I'm glad it shows.
Blown face Cologna

This is great! I can't wait to see you do a battle with these factions!
Bleak Company! COMING SOON TO A PLANET NEAR YOU!!
Top

Hey folks, Progress is being made on my factions, and I am happy to announce two new factions! BOCKSY corporation, which I'll keep to it's own thread and just link in the top thread. And a Twee/steam punk faction that I'm designing with my partner!

Here are some prototypes we've made in Stud.io,
Prototypes for the human troopers and officers of the nation. 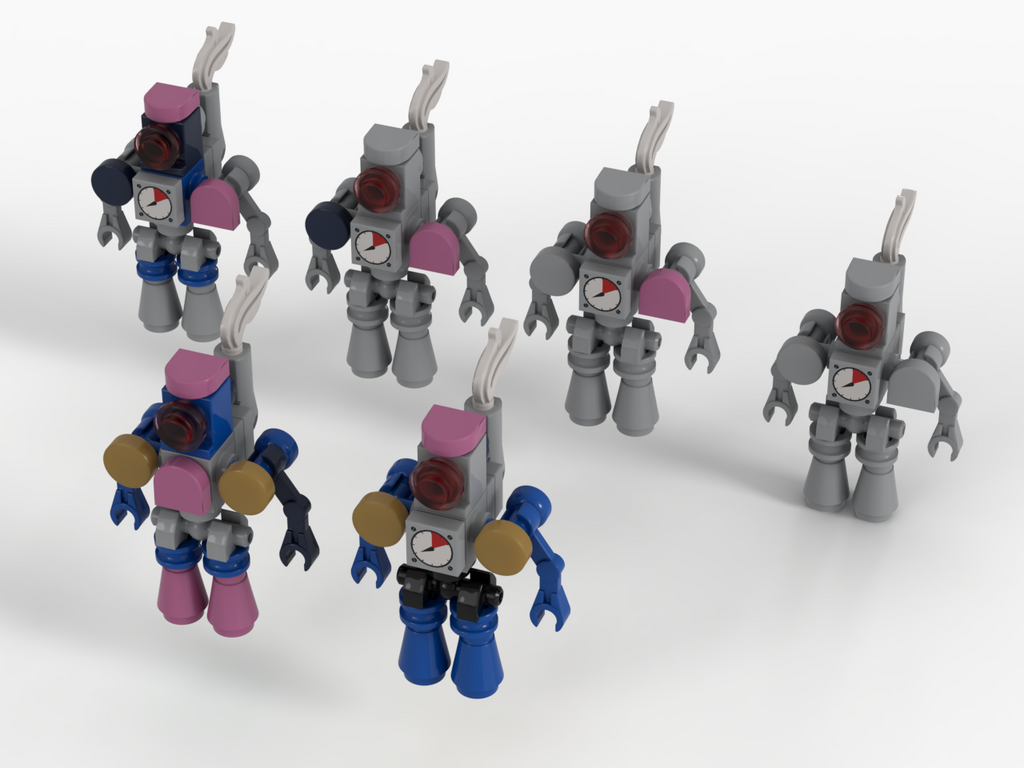 Some small steam constructs 'gubo's' are what I'm calling them for now. They'll either serve as assistants to specialists, or as a cannonfodder swarm in battle. 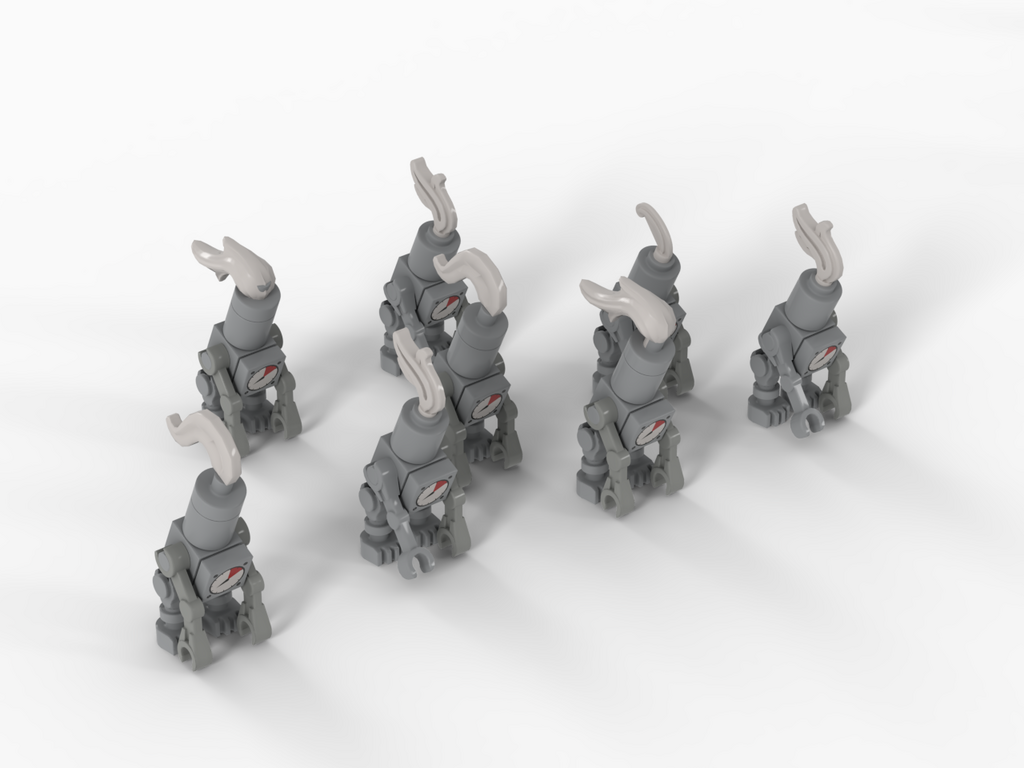 A quick walker build i made during a quickbuild contest on the discord server, GOing to work on it's back end and use it as a basic light vehicle. 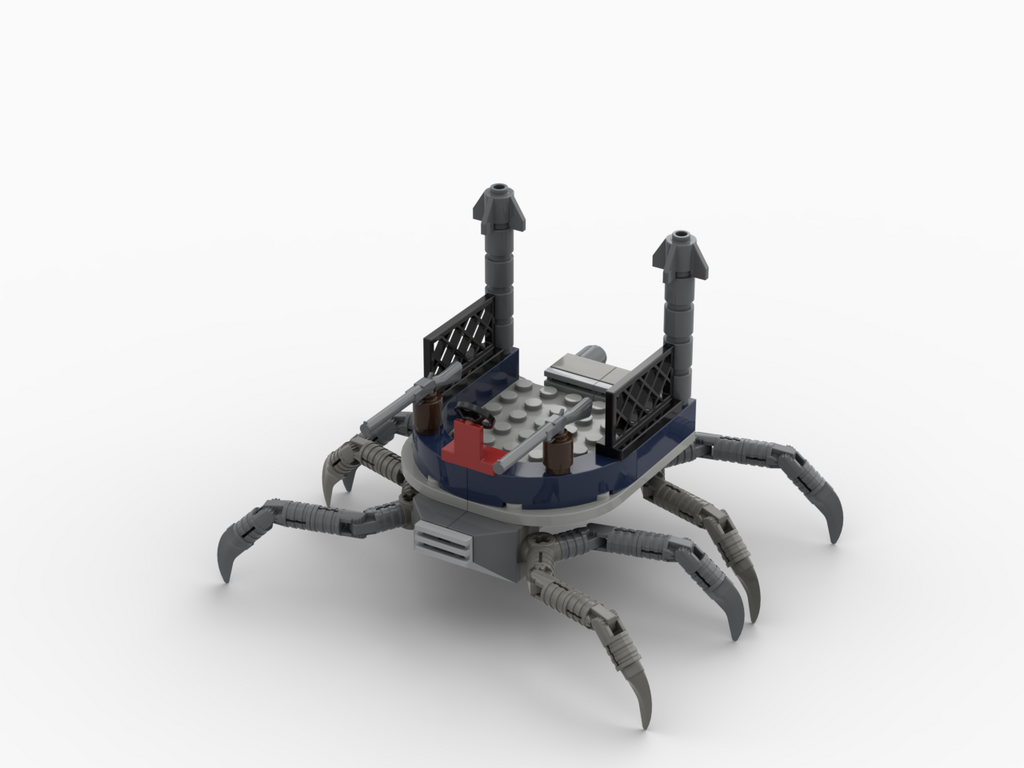 We're ordering some parts to make the steam bots, some troopers, and are working on some more vehicals as well! Lore to come.


And to bring this post to a close; A battle scene i doodled up a couple nights ago. The Steambots march on an enemy emplacement in the mountains surrounding the nation. 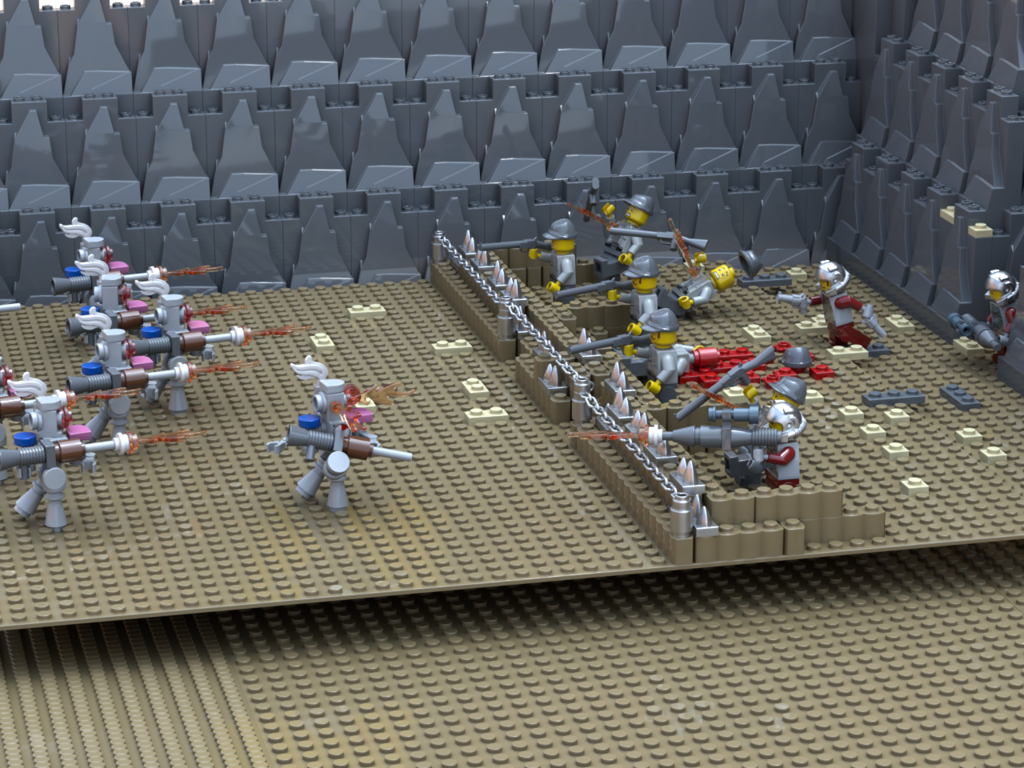