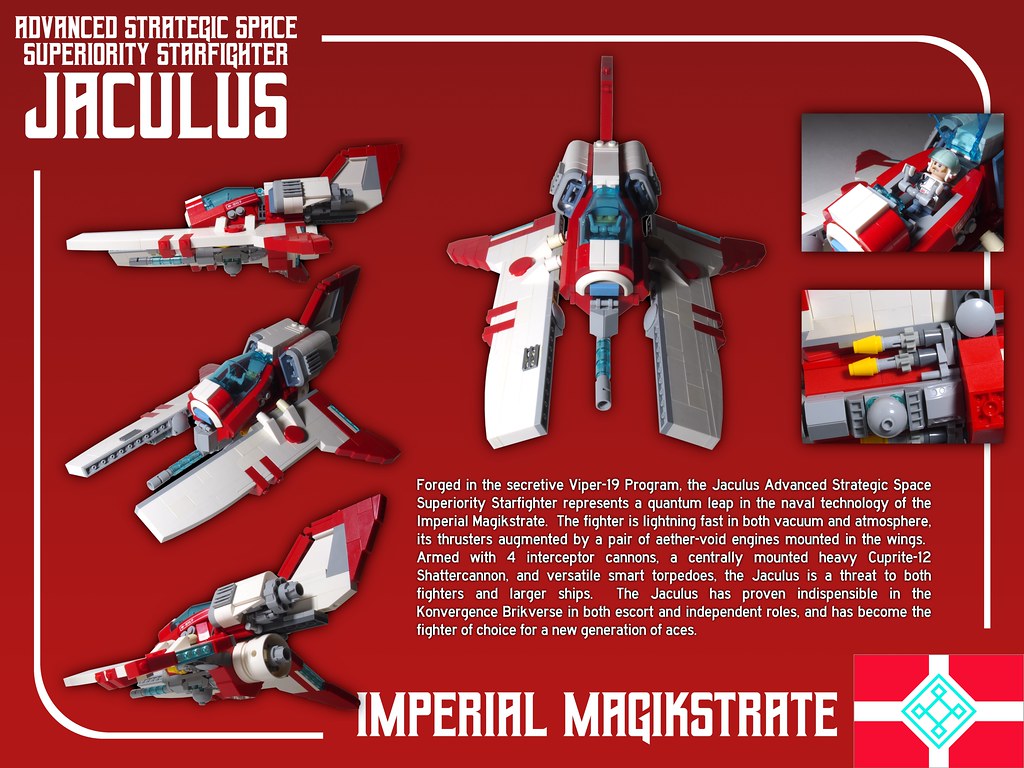 This fighter was started for NoVVember 2019 but I only recently finished it after a lot of good feedback from various builders. I thought the Vic Viper would be a great frame for the Imperial Magikstrate, a faction designed by Red Rover that blends high technology with magic light transparent blue crystals. The faction is gorgeous and pretty much anything you build in this aesthetic is fantastic. The name Jaculus was provided by Bookwyrm, referring to a winged serpent from Greek and Roman mythology that divebombed people from trees.

I know the name shortens to ASSSS; that's hilarious, okay?

Great MOC!
My Youtube Channel About LEGO and Toys
Top