At outpost 15 on planet Perisia Warhead has come. Warhead has come to check on the ESF. They are a new addition to his empire and he wishes to see what they are like. The other reason for coming to outpost 15 is because it has one of the largest caches of maniac beer in the ESF star system. MFS and zombie Lincoln have also come with Warhead along with a Immortal bodyguard only known as the slayer of worlds he carry's a OT HAMMER, a sword, and a heavy grenade launcher with attached chainsaw. All of the ESF soldiers that guard the outpost are here with their leader Alphafalcon. There is also a sniper, and some executioners that will be the bodyguards of Warhead on the planet. 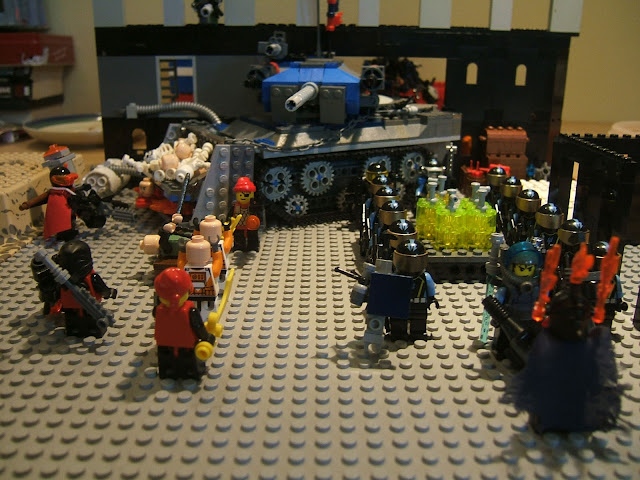 Greetings and introductions are made while peaches are lead to their death by the executioner squad. As a present to Warhead the ESF have brought out five of their finest bottles of Maniac Beer. Warhead inspects the army while he chats to Alphafalcon. The new Hammerhead tank also guards the area with its bulldozer front loaded with dead peach skeletons. 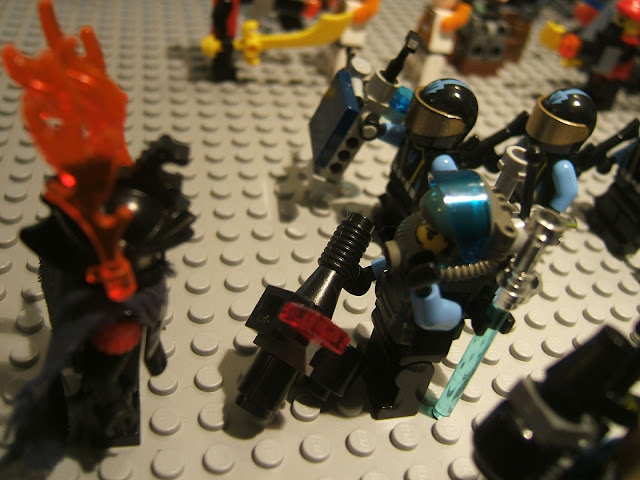 "I swear on my brothers dead bodies from war that we will fight for the Immortal empire, and that we will always fight for you and your empire, just don't expect us to fight along side peaches." Swears Alphafalcon.
"Very well you are hereby granted a place in the Immortal Empire." Replies Warhead. 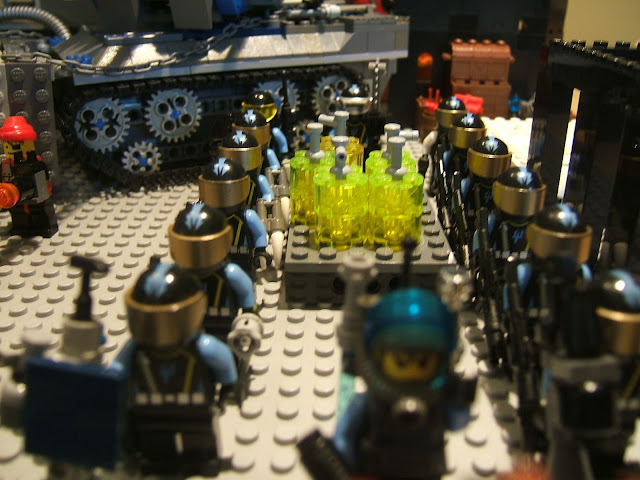 "As a gift for our gratitude we have brought are best casks of maniac beer out for you." 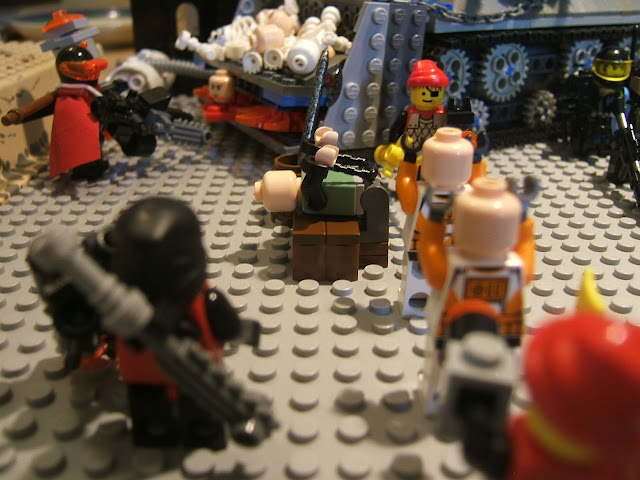 "Executioners kill the prisoners that have attacked our empire, and make it fast you will need to guard Warhead while he travels around the planet." 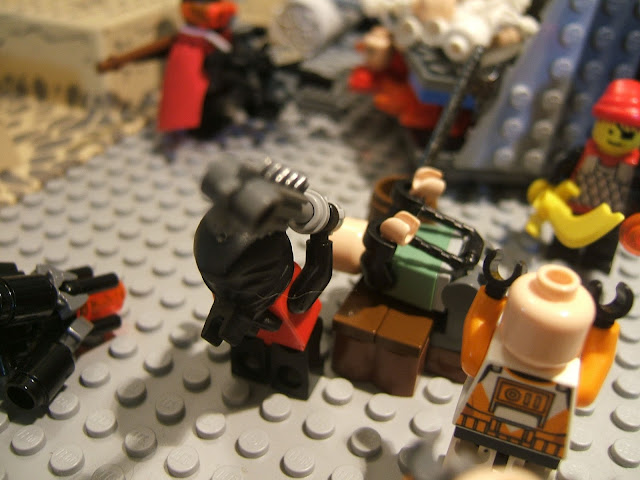 With a grim smile the leader of the Executioners raises his chainsword while everyone else looks on. 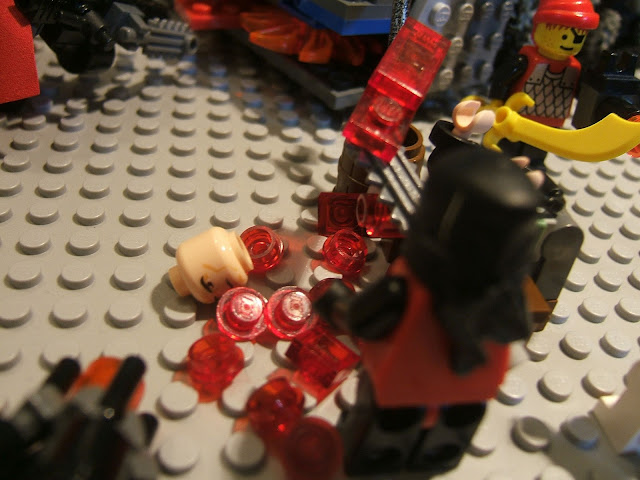 Laughing manically he brings his sword through the peaches neck where it embeds its self in the wood beneath. The peaches head falls to the ground in a pool of blood that quickly spreads. Alphafalcon smiles at the scene. 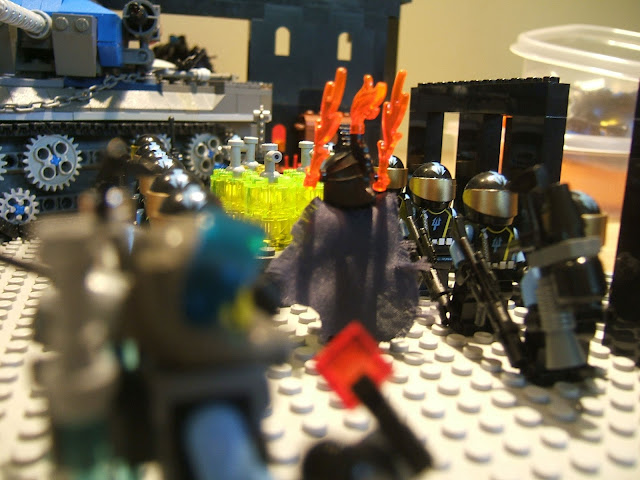 Warhead walks towards the Maniac Beer sending tremors through the ground. Soldiers stiffen as he passes by. One soldier feels sweat drenching his face as Warhead walks by. 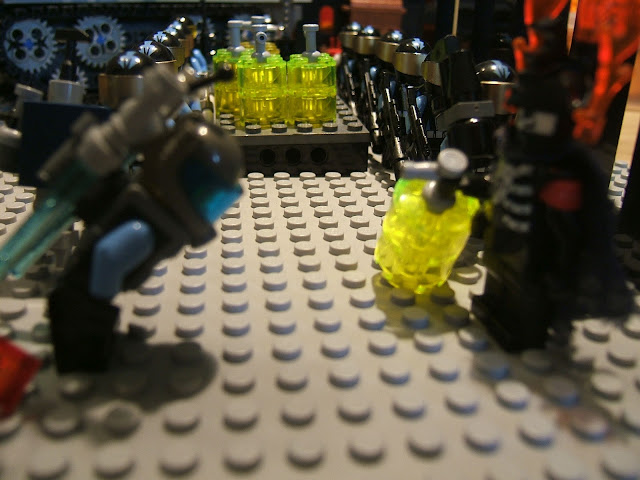 Grabbing a cask Warhead removes it from the pile and proceeds to take a long drink. He grins as the taste pours down his throat. He walks back to Alphafalcon and thanks him for his generous offer, who bows in turn. A mutual agreement is reached and the deal is made. 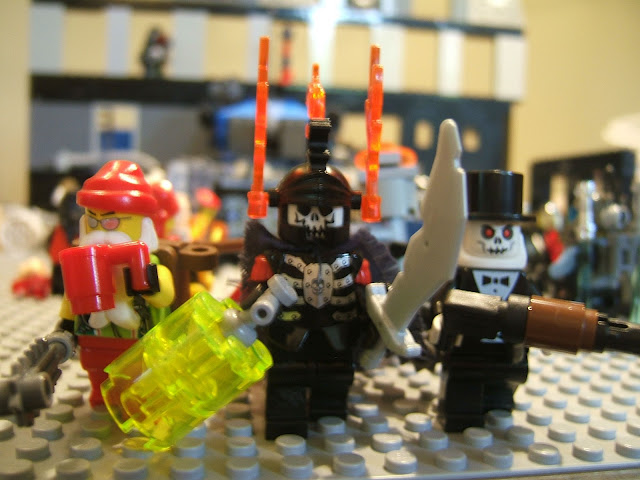 The immortals leave the compound to go find adventure with the executioners following behind after they finish their job of killing the peaches. 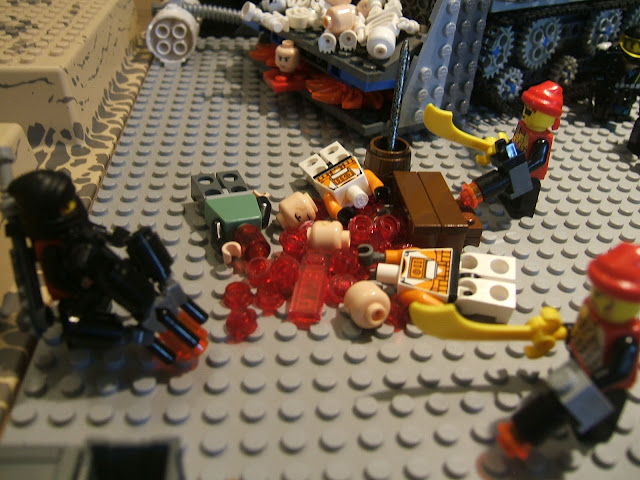 War has changed and it looks like for the better. "Lets mobilize our space force, and the ground troops we're going to war with the Immortals backing us!"
Soldiers raise their fists and yell into the sky. And so starts the Immortal War for the ESF.
Last edited by alphafalcon541 on Tue Jul 17, 2012 5:50 pm, edited 1 time in total.
This sig is too fucking large: show anyway

Hold on dude, Warhead is not the emperor of the Immortal Empire, he's a well known high-patent general. Also, both MFS and Zombie Lincoln are not Immortals nor his bodyguards, but very popular Brikwars figures. At least as far as I know. Take a good look at the wiki.

Fix'd read it again if it doesn't make sense.
This sig is too fucking large: show anyway

Midway through ZZD, Warhead actually retconned MFS into an immortal, so he's right on that part. Zombie Lincoln has nothing to do with the Immortals, though.

when did I ever say that zombie Lincoln or MFS were immortals I never even mentioned that.
This sig is too fucking large: show anyway

I was responding to BFenix.

Paco the Duck Ninja wrote:I was responding to BFenix.

I meant as allegiance, not life-span.

ahhhh
This sig is too fucking large: show anyway

See the new artwork from the creator and read the caption it will help
This sig is too fucking large: show anyway

yeah I was just going from Rayhawk's description
This sig is too fucking large: show anyway

Gasp General Khaar of the New Coruscant Republic...says?... as he view the images of NCR soldiers are killed by the hands of the ESF. "Commander, is it confirmed that those are NCR troops?" "No, we have not gotten confirmation, but we have sent a message inquiring so, other-wise they may be random peaches who have costumes of our armor..."

Warhead and Zombie Lincoln meet in a bar before arriving to alphafalcon's planet. They initially start a brawl but after the barmaid (who turns out to be a mom) calms them down with some drinks on the house, the two become inebriated, realize they're both undead, and decide to get over their differences for the next 24 hours.

After MFS, Warhead, and ZL leave for their adventure, Warhead will sober up and realize who he's with...

You can solve any problem with beer.

Yeah, it's not uncommon for Warhead to end up drinking buddies today with someone who was his mortal enemy yesterday. I don't see any problems with this story.