by RunsWithLegos
welcome one and all to the first in a series of battles fought over a shitty town in the middle of the north. every faction i have will make an appearance at one point or another. Keeping in tradition with my original TT;TB reports[which can be found here: http://www.brikwars.com/forums/viewtopic.php?t=5171] the map will be persistent. the end goal is to drown it in blood and reduce it to steaming rubble!
AND HERE LADDIES AND GENTLEMEN IS OUR BATTLE FIELD 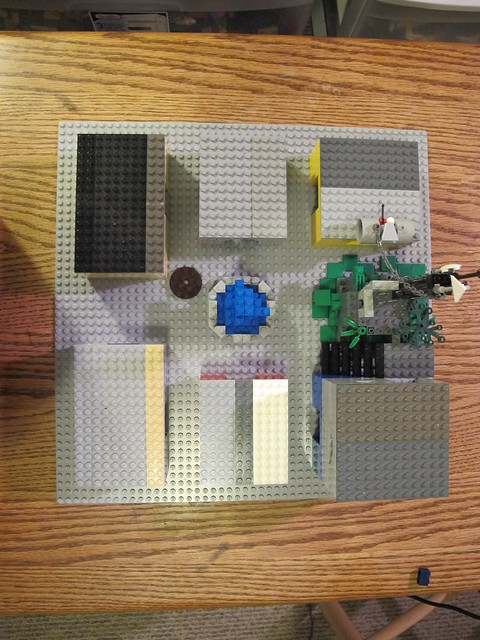 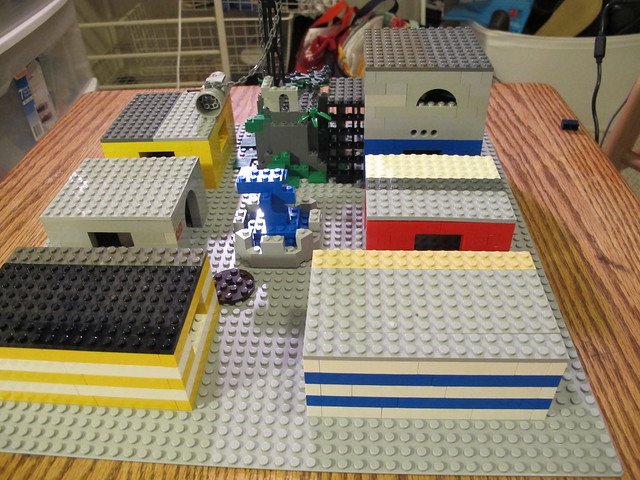 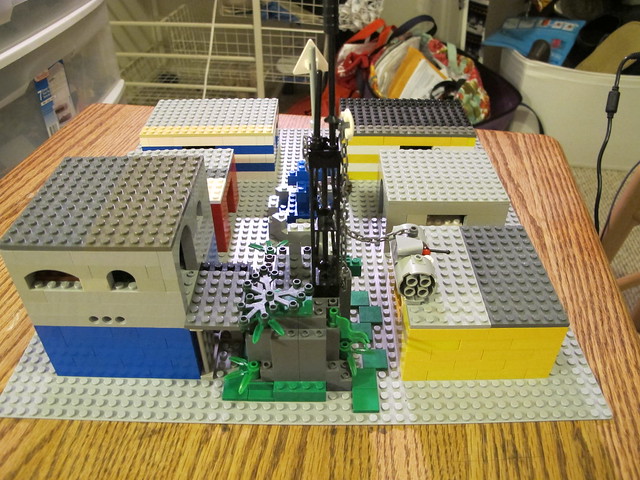 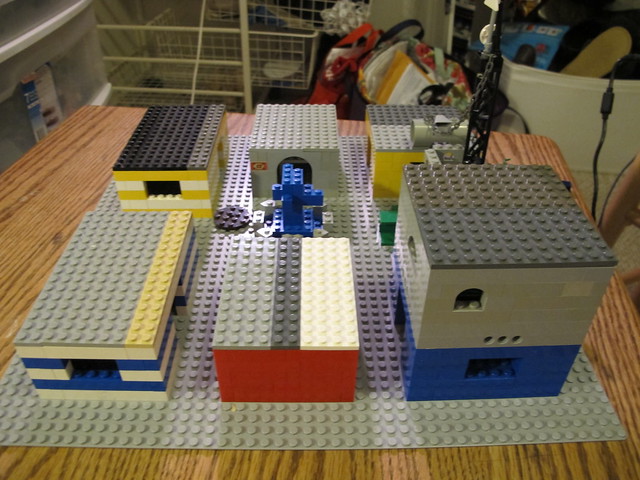 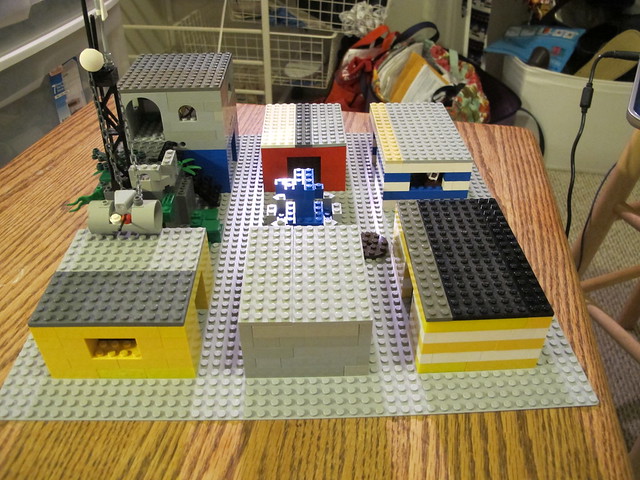 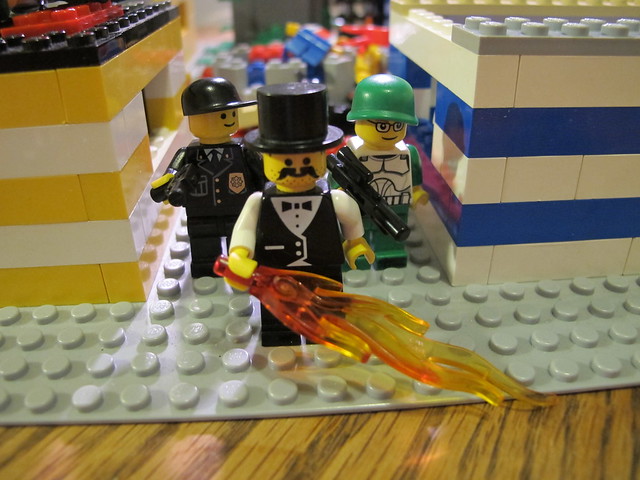 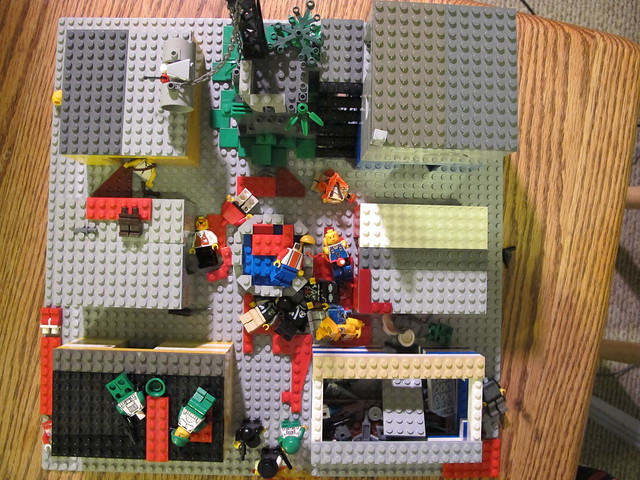 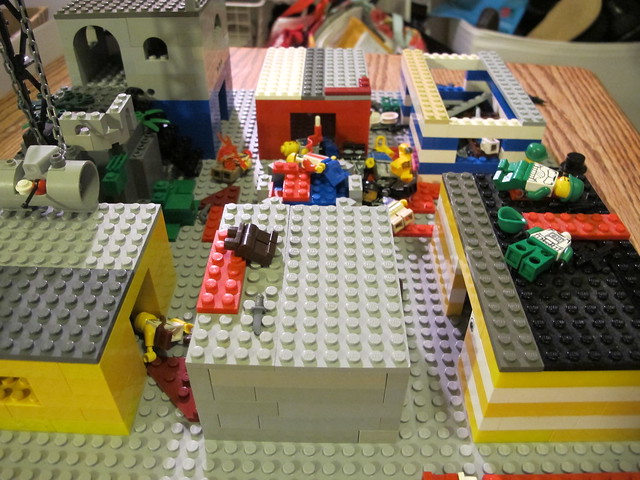 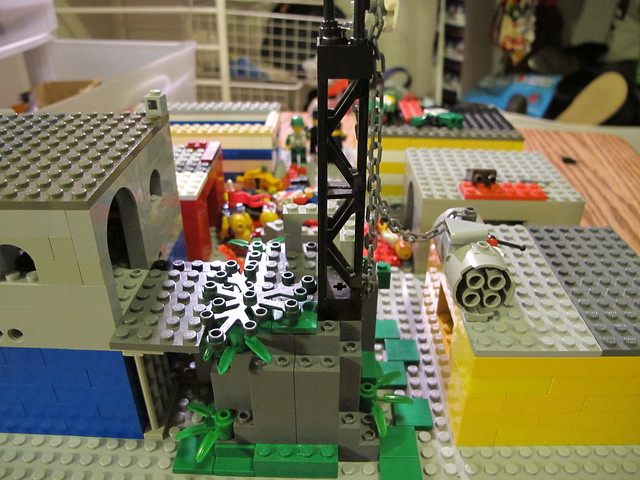 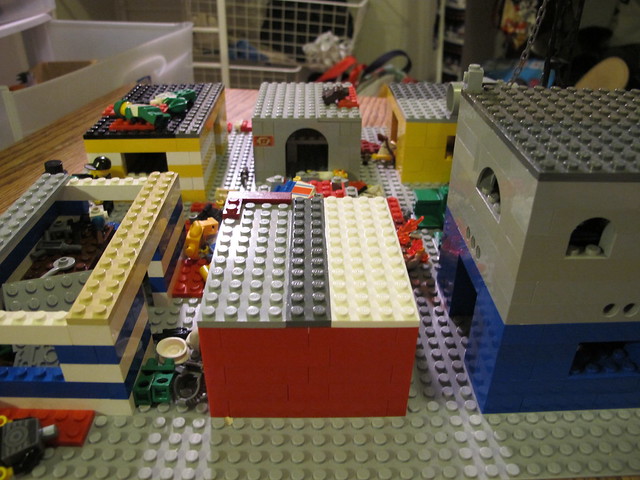 by Silverdream
Did you make the grow op?

We were talking about it on the chat. I suggested you add <a href='http://tinyurl.com/y42zurt'>alot</a> of bamboo pieces to a house and make a grow op.

Maybe it's because I live in Buddish Columbitoke but I was under the impression that everyone knew where weed came from. People buy houses in Canada and ruin them by growing weed in them. The amount of power used to power the lamps (which is used to grow clones fast) makes them obvious to the government and the spores and plant shit will actually wreck the house.

Clones are exactly what they sound like. A mother marijuana plant's leaves are cut off and planted, and the roots for the new plant regenerate using stem cells. The mother plant will grow more branches and so will the clones.

by RunsWithLegos
ahhh, sorry i had forgot and at the moment the rooms are bare, only when some one goes inside do they get an interior rolled from a table.
the second floor of the tower is a drug stash though does that count?

by pkbrennan
So is that set up on just one 48x48 board?

by RunsWithLegos
it is indeed.

by Kalvinator
Hey, have you done anymore of these?

by RunsWithLegos
YEs! i still have the town set up and ready for new blood... I just hit a major funk the last semester, a hip injury, endless bullshit from 'friends' and heaps and heaps of stress.

the bloodbath will continue this summer my friend, don't you worry/

Any requests?
All times are UTC-05:00
Page 1 of 1
Powered by phpBB® Forum Software © phpBB Limited
https://www.phpbb.com/