The Brikwars Starter Set was on sale so I picked it up and hosted a chat battle.
The set comes with a baseplate and four color-coded teams of four minifigures each, as well as a spinner to substitute for a d6. I have my own dice so the spinner is not pictured here.

Players:
Blue - Space Bunny
Green - Shaggy
Red - Spectral
Yellow - SrloJohn
wait why do all of you start with the letter s 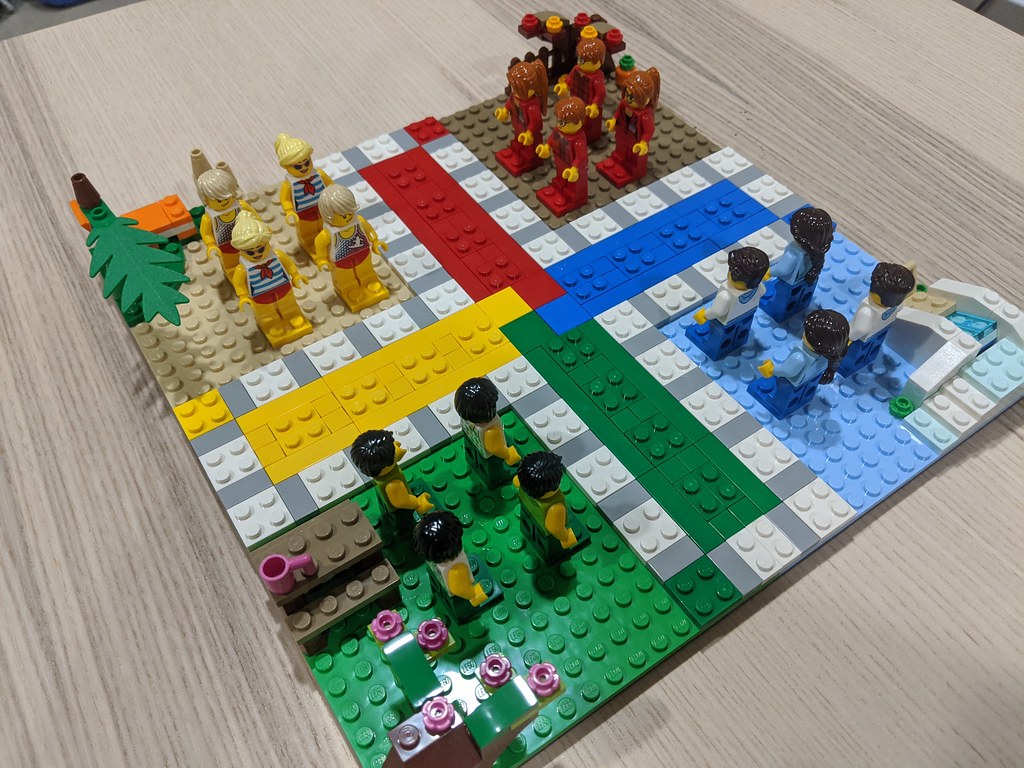 Shaggy sends his troops rushing in against the yellow team, but with no weapons. They grapple with the yellows. 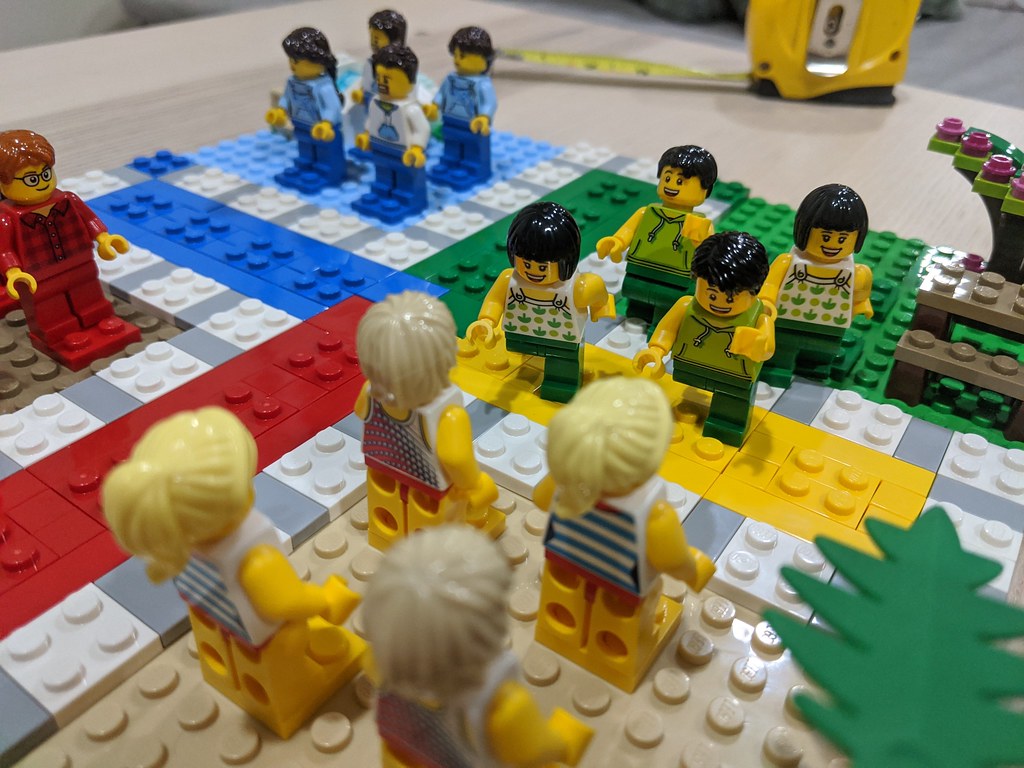 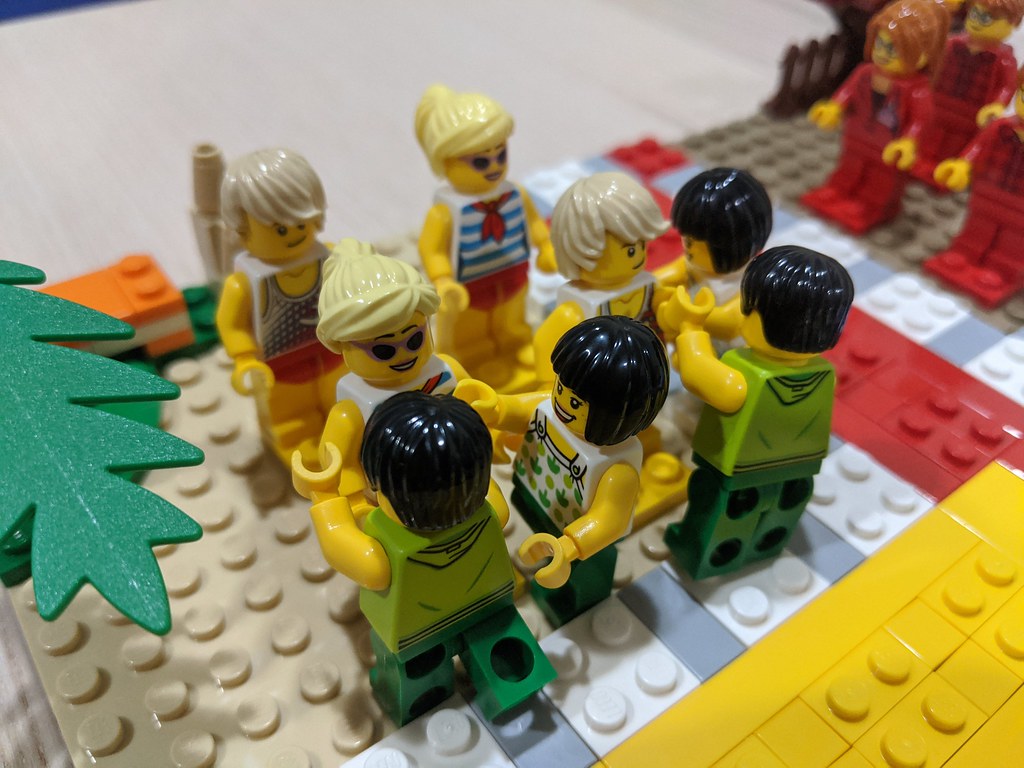 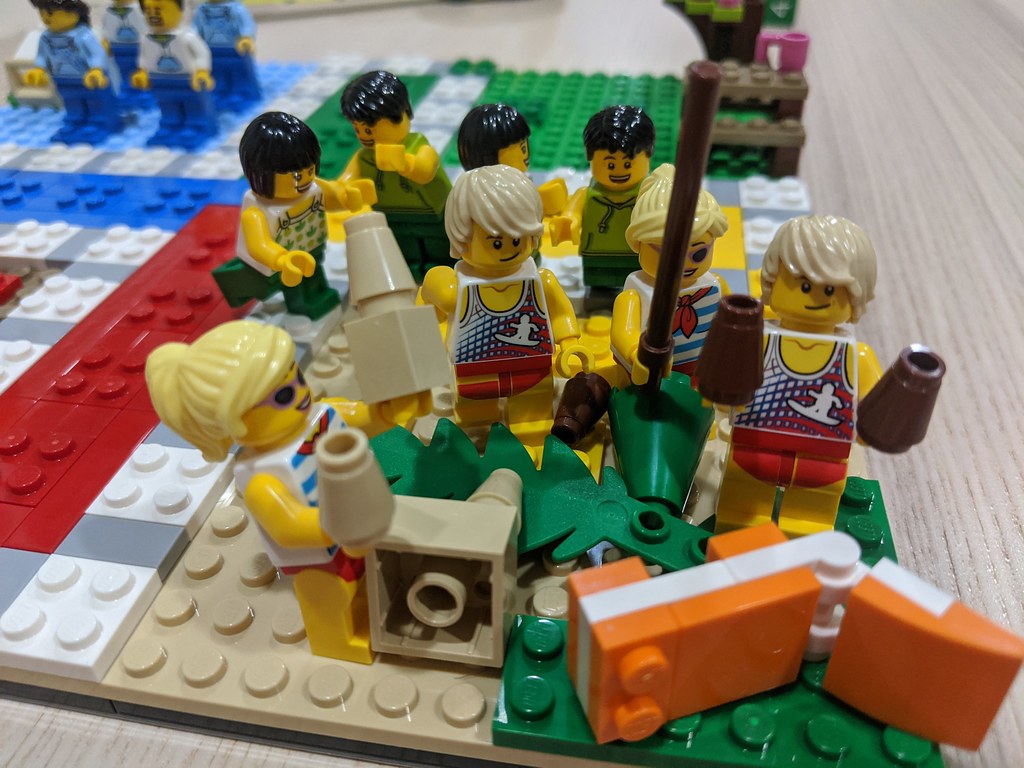 They assemble some rambleshackle defenses. 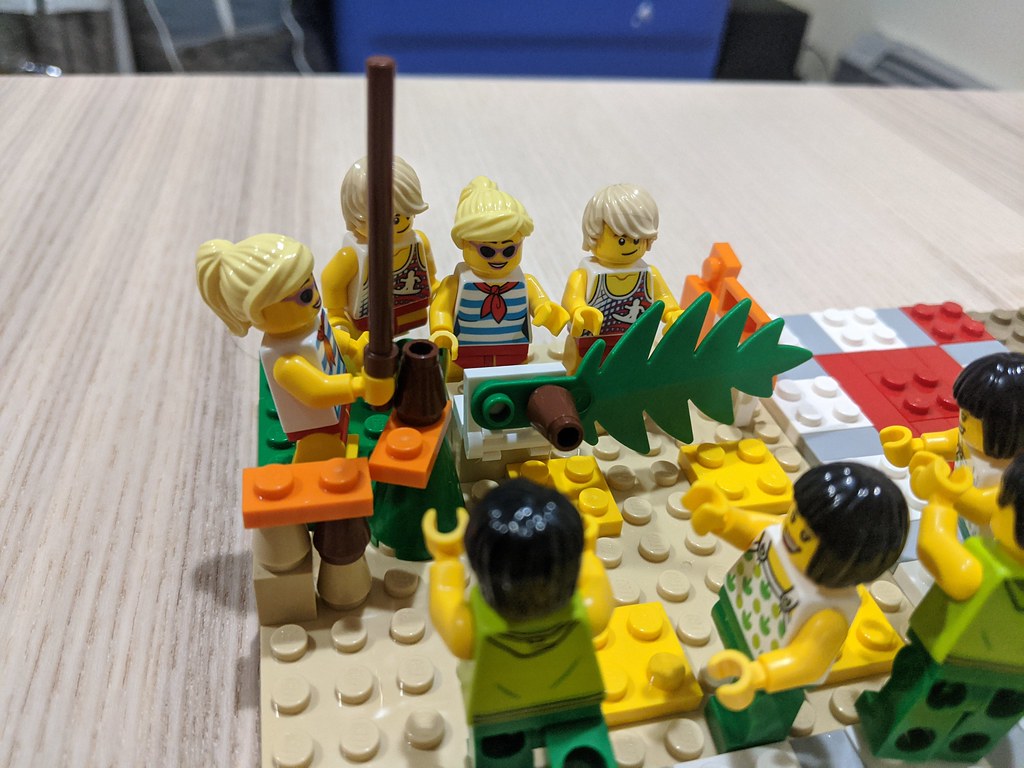 The Yellows also discover that a stick was inside the tree, but critfailing with the attack, they lose the stick to a clever green. 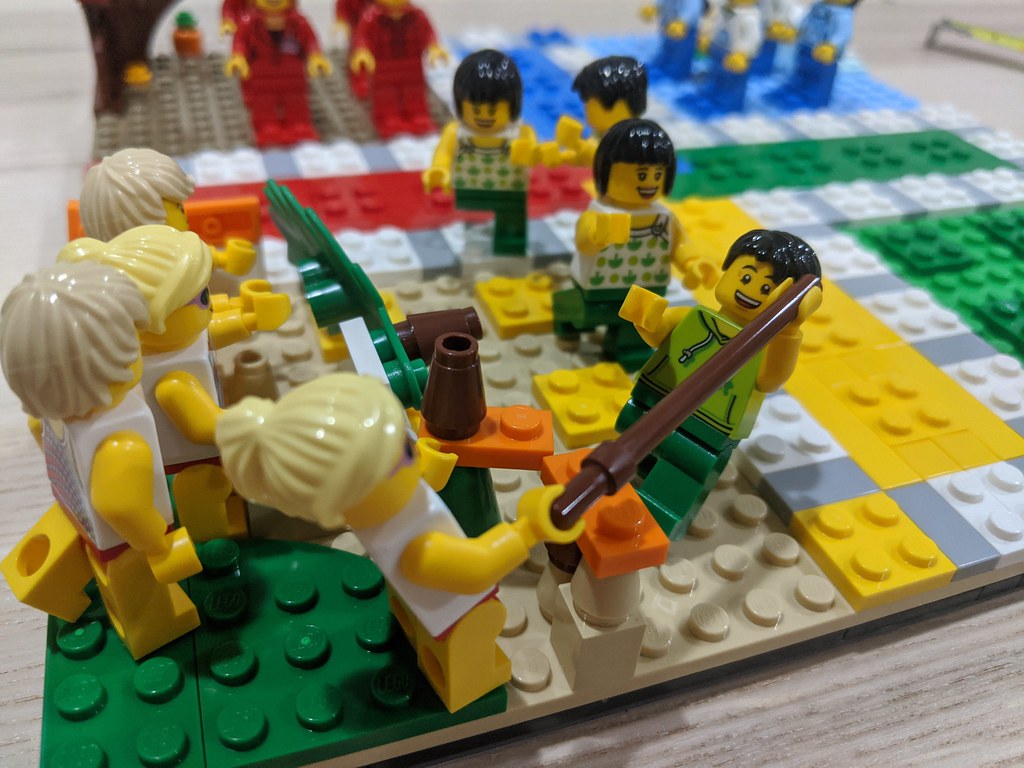 The Reds, in some kind of alliance with the Greens, rush in against the Yellows. 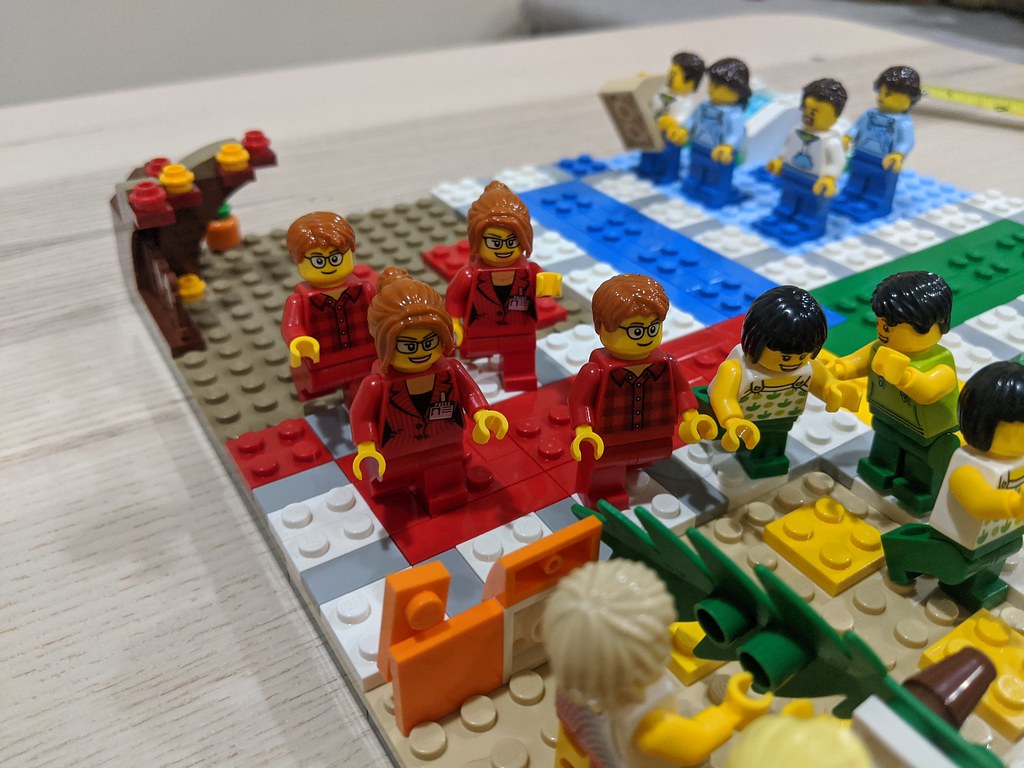 They rip apart the walls for bricks. 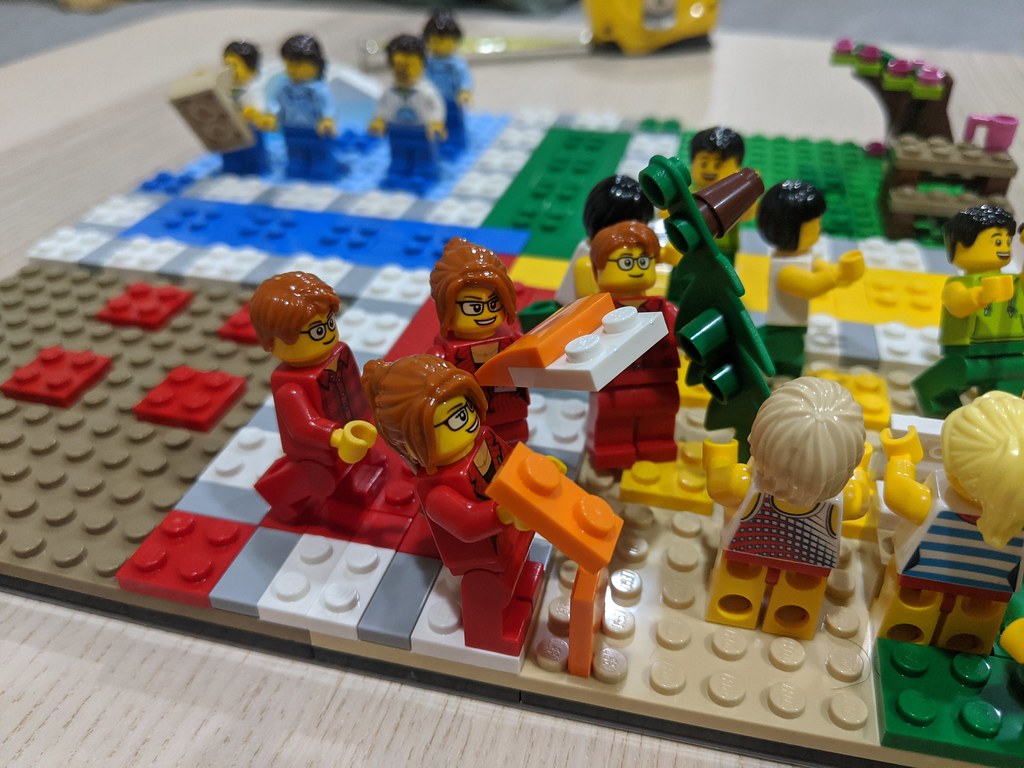 Some random object attacks later... A red is disrupted... 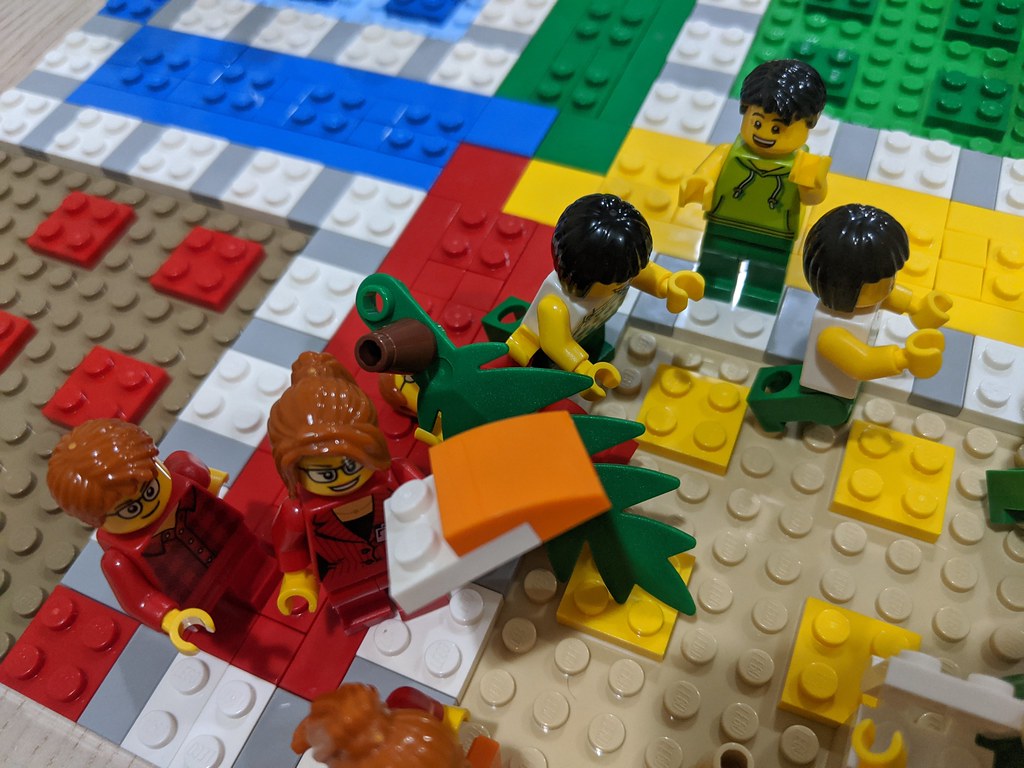 ...and a Yellow is disrupted. 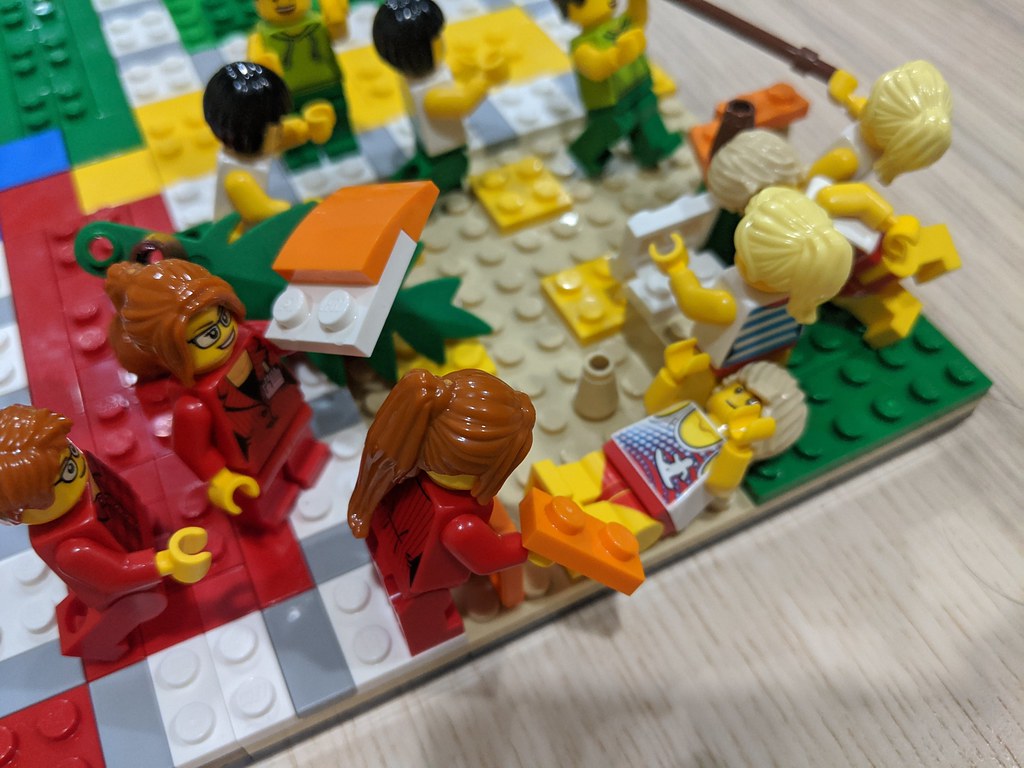 Meanwhile, the Blues grab a sled named Falk as a shield and some white plates instead of a giant piece of paper. 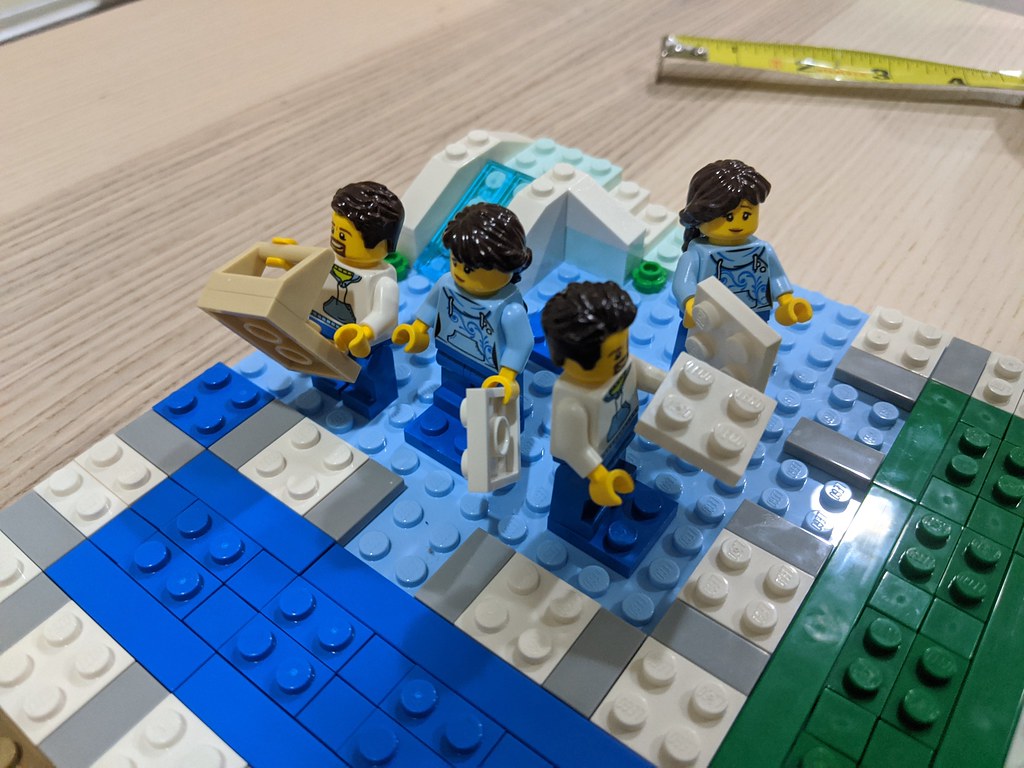 COLOR CODED HEROES ARRIVE:
The Almighty Benny Gesserit arrives to assist the Greens in their jihad. 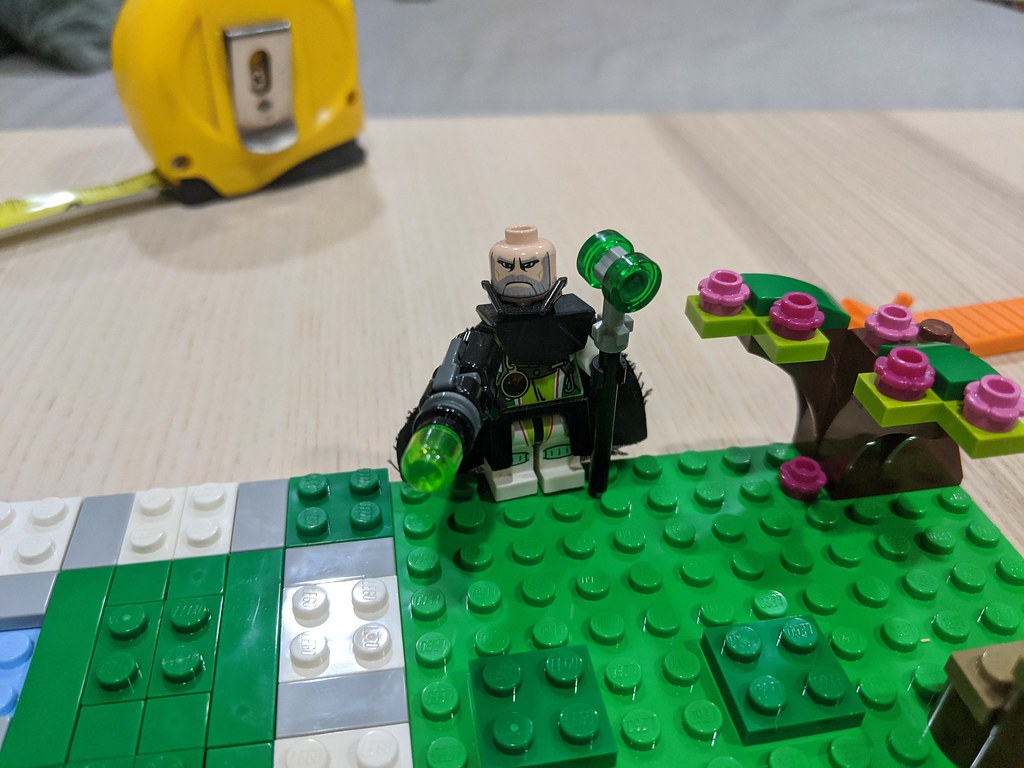 "Trust me, I know what I'm doing," says Polish folk hero Mlot Kowalski, entering on the side of the red crusaders. 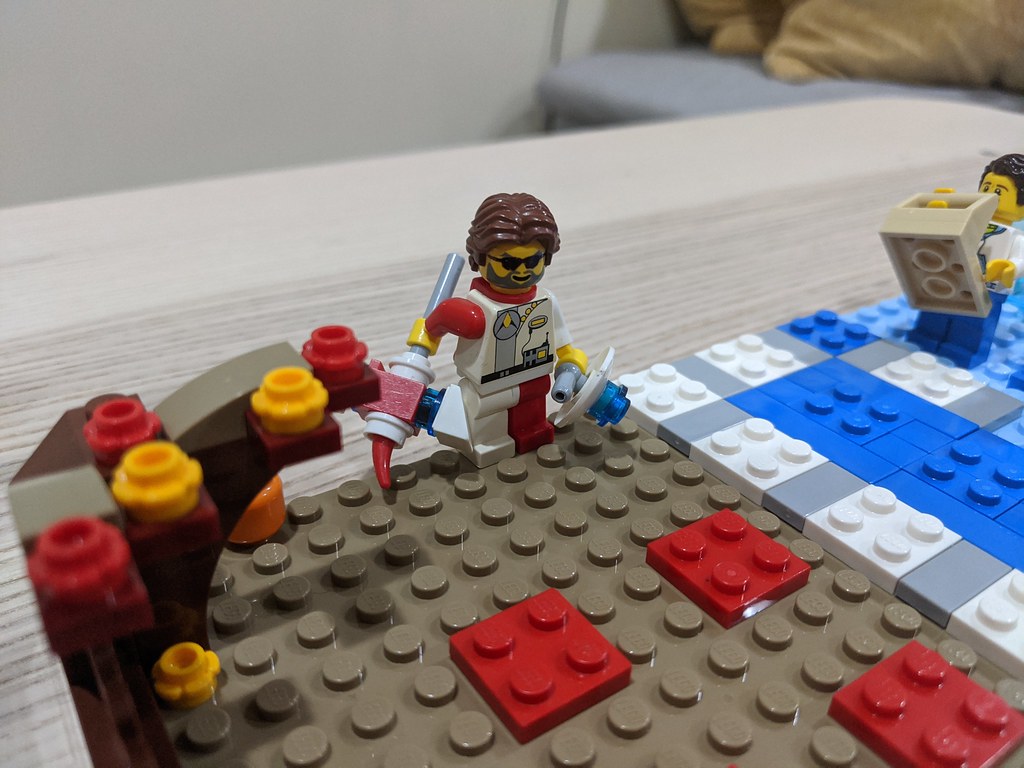 President Bob the Unbuilder returns from the dead to reinforce the Yellows. "Man, I love a faction that knows how to build!" 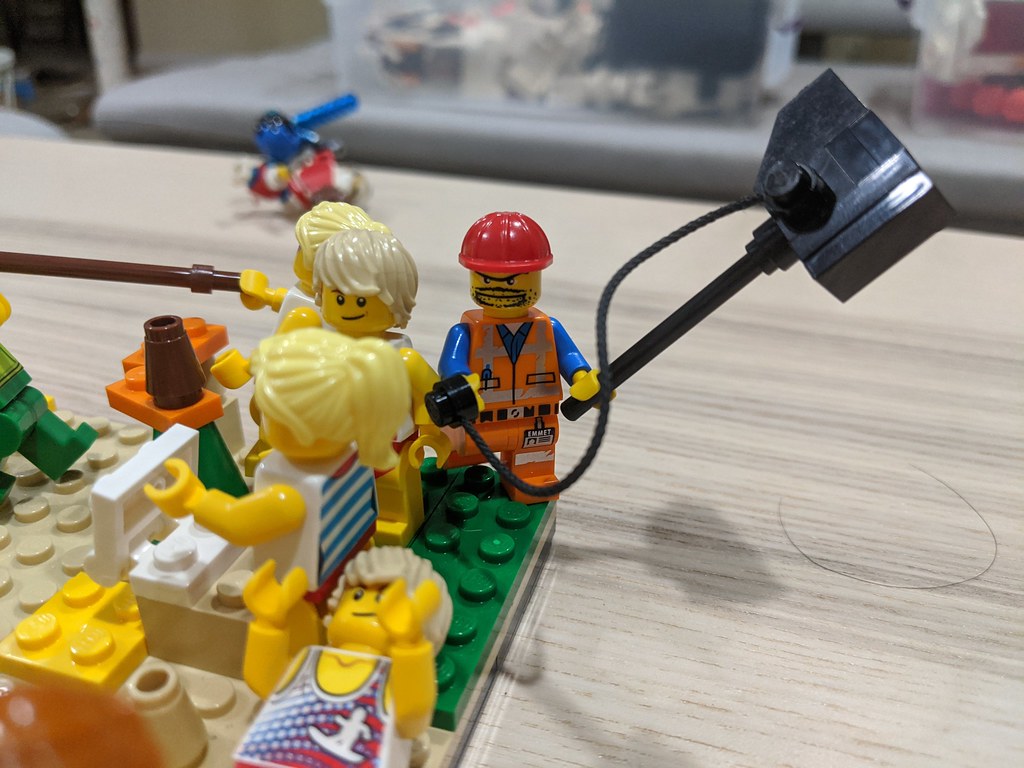 A Blue Guy cosplayer arrives to lead the Blues to a Parcheesipokalypse. 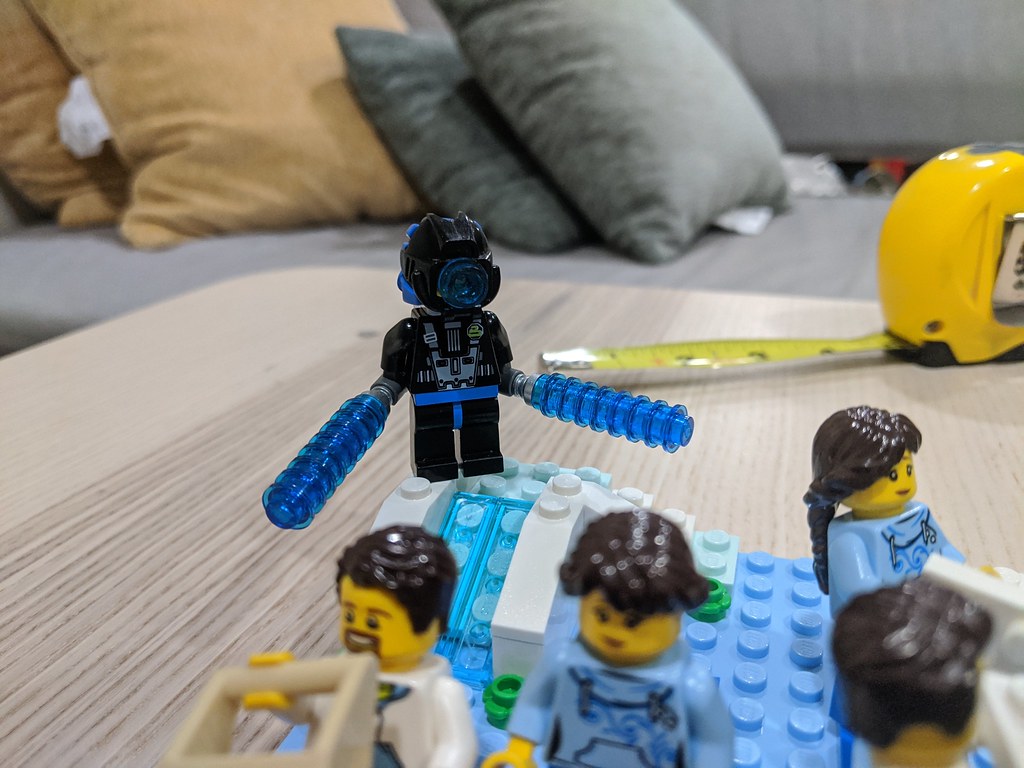 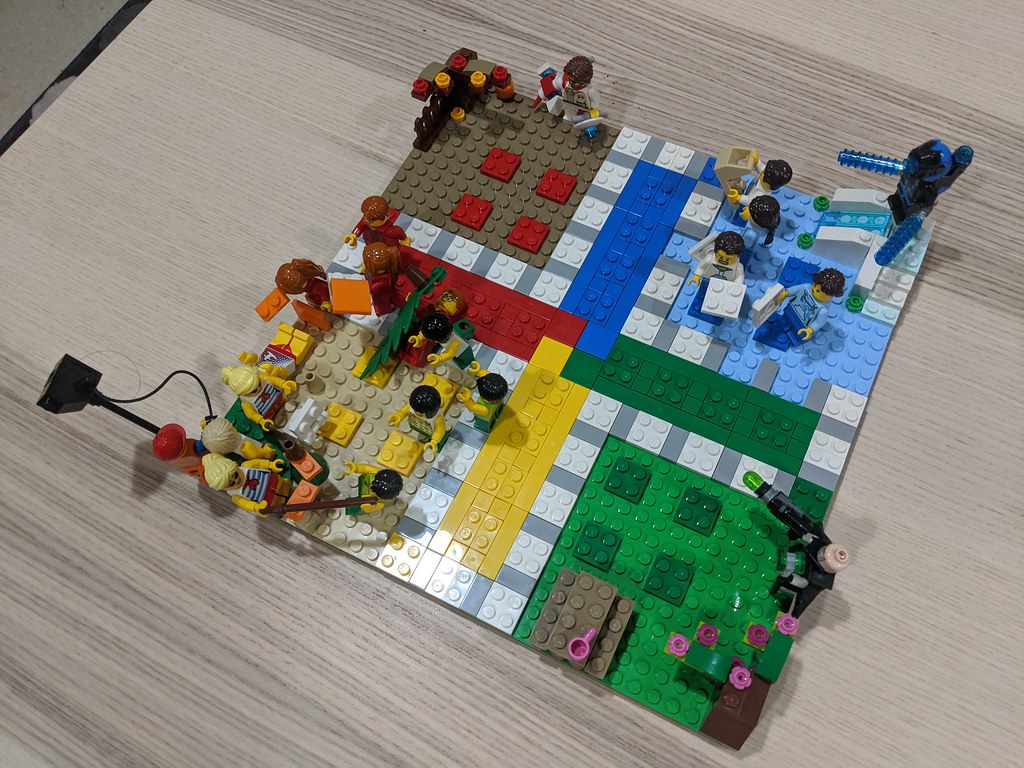 Where can I get this starter set?

Still available and on sale, at least in the US! Comes with a dark bley baseplate