Zupponn wrote:I'm so boycotting this shit! (Like I would have purchased things from them anyways.)

I was only being sarcastic

Or copyrighting your last name and preventing your sons from using it.
...Thomas Edison.

Did he really do that?

To be fair, if you just call the guys in your story Space Marines as the actual name of their legion, then you should be punished for being stupidly unoriginal. So I guess they're actually doing us a favour by encouraging originality... by taking ownership of an unoriginal they used... *head explodes*.

Using the term "Space Marines" to refer to infantry who fight primarily in space isn't very creative, but suing someone for doing it because you did it first is complete and utter bullshit. Doesn't GW make enough cash screwing over their customers?
[21:30:33] Scritch: you can put it in theblackdog

I have been boycotting Games Workshop for years. At first just to save money, but I've found more and more reasons over time.
The Disc Wars
Top

Wow. glad I stopped buying Warhammer years ago. I wish Heinlein was still around, he'd smack those bastards into their place real fast.
"there are no bystanders in the battle for survival. anyone who will not fight by your side is an enemy you must crush"
Top

Why is now in LDD forum?

Because, if you look really closely, the Ultramaroon in the OP is not real, but Computer Animated.

...NO WAY!! Anyways, I just asked as I thought this was for LDD stuff, but whatever.

I was going to come back and React to this thread again, but I was afraid I'd be sued by the Fine Bros.
Quantumsurfer's Narrative Index
Top

I haven't brought any GW stuff in years, and now I'm glad!
Phalek empire, S.P.A., Belgïe, My claim to not being a shitbuilder. 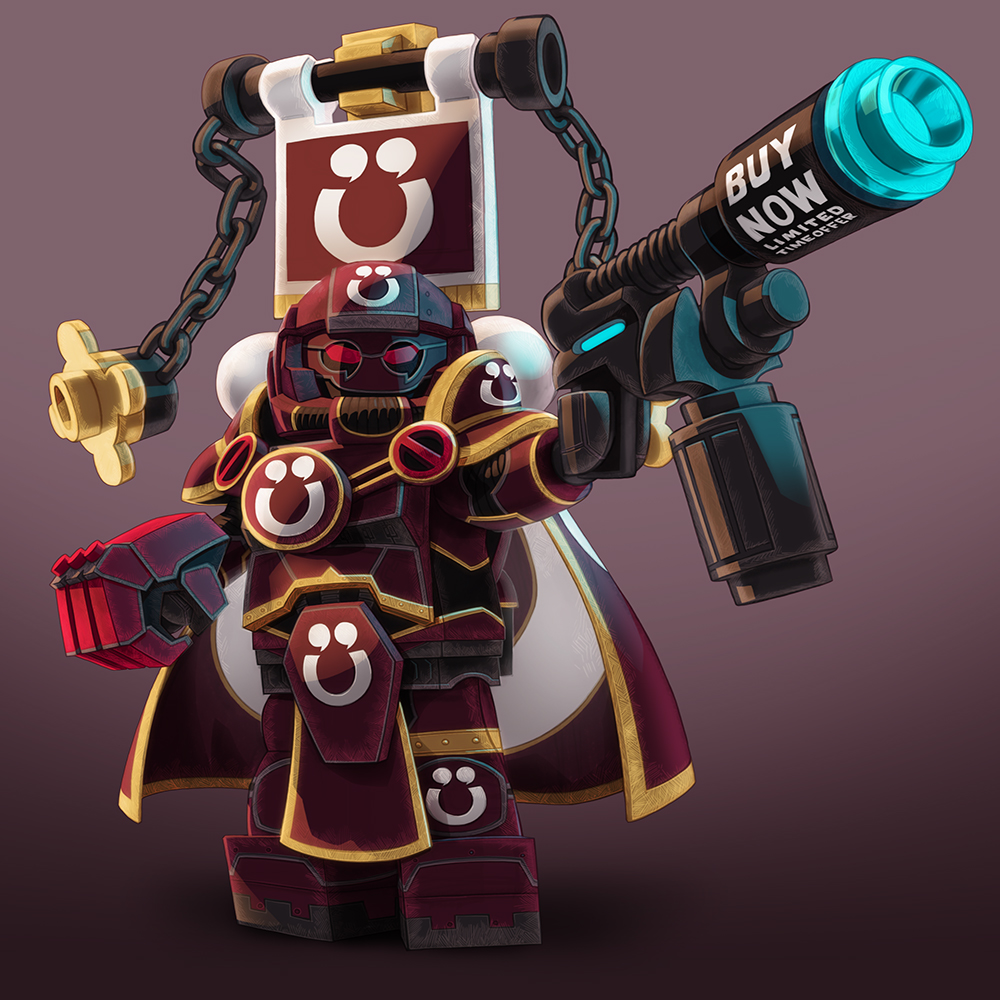