Long ago, when the great DSM empire was expanding across the galaxy, they realized they needed a vehicle that could safely transport personnel across a wide range of environments 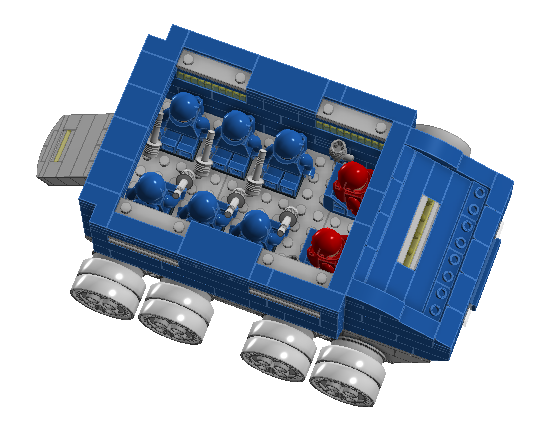 The Mammoth class rover was a result of this research, with its robust design still being used many centuries later 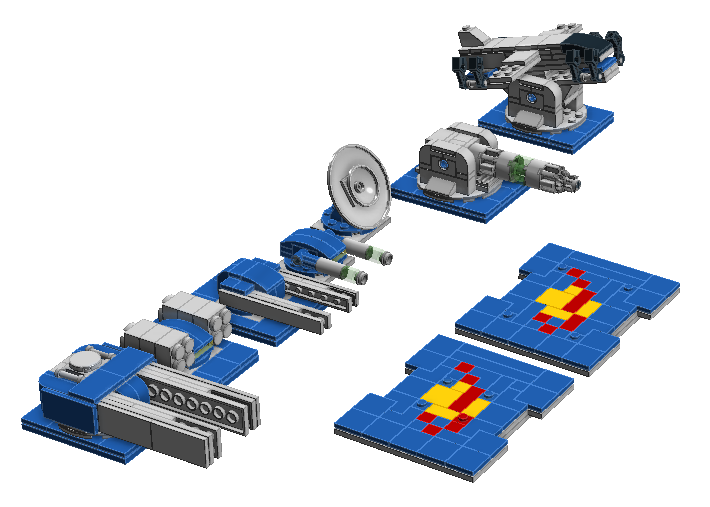 (coming to in person Lego soon

Is that a drone launcher?
Nice!
Top

These are super cool

could you use an archway piece to fit that rounded door?

could you use an archway piece to fit that rounded door?

I played around with a few ideas, but they took up a bit too much space for my liking. Something to play around with when I have time to actually build it
Gladius Industries
"Sometimes, bigger is better"
Top

Style: 6/10 It's a box on wheels. Yeah, it's a modular box on wheels, but still...
Substance: 10/10! Dude, you made the equivalent of a Space Marine(tm-ish) Rhino for the Brikwars-verse! Modular seating, modular turrets and attachments, this thing is basically THE versatile transport workhorse!
Photography: hmm... 7/10 Only a few pics, but you showed a LOT of options for what is possible on this chassis!

Boast?: Um... 6/10? You didn't really BOAST as per se, but dude, you made a modular transport with lots of configuration and weapon options... ^o0^
Top

Style: 6.5/10 Like Scrib said, it's a box on wheels. That said, the mosaic on the top is a nice touch.
Substance: 9/10 The build itself is a bit clunky, but the various roof accessories are all very well-built, and the interior is simply but solidly furnished.
Photography: 7/10 It's LDD, so there's not too much you can do here, but the pics are solid, and bonus points for including multiple builds.
Comments: This build would look better with either larger rubber tires or treads, but other than that it's a solid build, and the customization options are the icing on the cake.
Formerly known as TheVengefulOne. Times banned by Natalya: 10 (+ 1 alt).

But it's at a loss of coolness points!
gotta love knitting needles. i can make you a scarf. i can make a hat. i can stab your eyes out. i can make mittens.

i can make a hat
Top

The DeadlySpaceMen are always cool

i can make a hat
Top

I may even do one in M-Tron colors too (once I get the classic space version actually built)
Gladius Industries
"Sometimes, bigger is better"
Top

Style: 7/10 Remind me of the classic space theme and early lego construction techniques with a modern twist.
Substance: 9/10 I really do like all of the weapon options.
Photography: 8/10 Really you can't get any better from LDD.
My Factions/My Battles/My Painting and Modelling Adventures
A mind without purpose will wander in dark places
Top
Post Reply
13 posts • Page 1 of 1