Hey, its been awhile since I've made anything, I recently got out of a really terrible life situation, and am in the process of moving. combine that with a computer that shit out and losing most of my lore. But now im back on track! So here is part 1 of the Mirthanese Civil War, more to come once my move is complete.


February 2nd 1945
Mirthan was in shambles. Its industry lay in ruin after over a year of US bombing, while increased demands for war material from their Japanese allies left the country starving. Its 4 Battleships had not seen action since the Battle of the Coral Sea, and had been sitting in port without fuel. Famine was soon to set in, and US Marines had made landings on Vintergarten Island and were using the airstrip to deny any air traffic across the country. After a secret meeting, Mirthanese High Command sided with King Lennertz III, and it was agreed that Mirthan should surrender. On November 20th1944, a mass move by the Mirthanese saw hundreds of Japanese officials arrested, and talks arranged with the United States. On February 2nd, US officials met with Mirthanese leadership, and the Treaty of Polis was signed. The United States would retain control of Vintergarten Island, and be given access to Mirthans ports and Airfields for the remainder of the war. 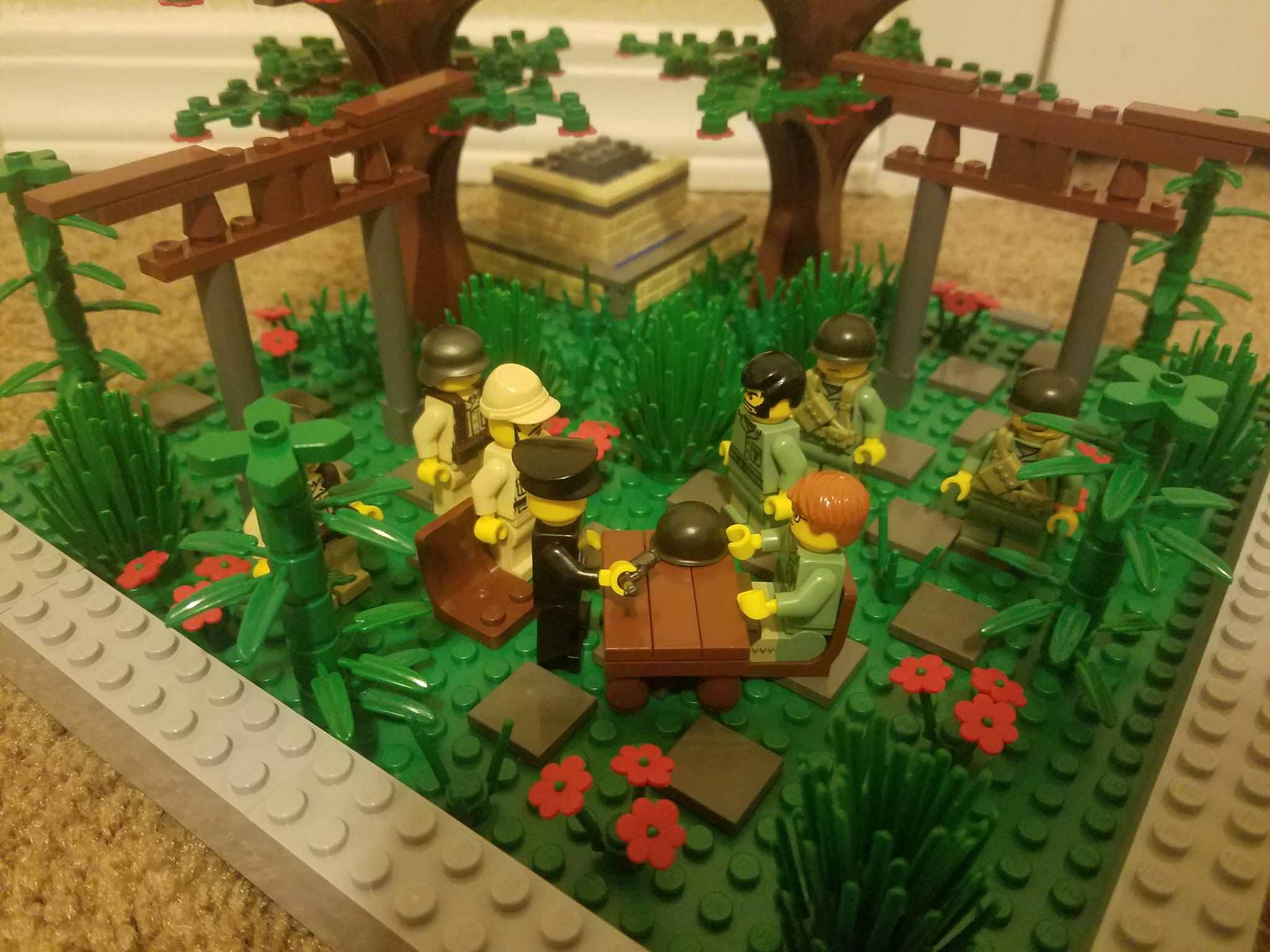 After the treaty, US Admiral Chester Nimitz was immediately called back to his duties, and appointed Marine Lt. Colonel Ronald Sarginger to relay any concerns the King had. At the end of the talk, King Lennertz III offered his sidearm (A Mirthanese Licensed copy of the Luger pistol) to Lt. Col. Sarginger. Sarginger initially refused, but the king insisted, stating it as “a symbol that the Mirthanese were done fighting”. Sarginger agreed to a trade, giving the king his helmet, as “a symbol that the US would keep Mirthan safe”. Lt. Col. Sarginger’s helmet is still on display in the Mirthanese Royal History Museum in Polis. 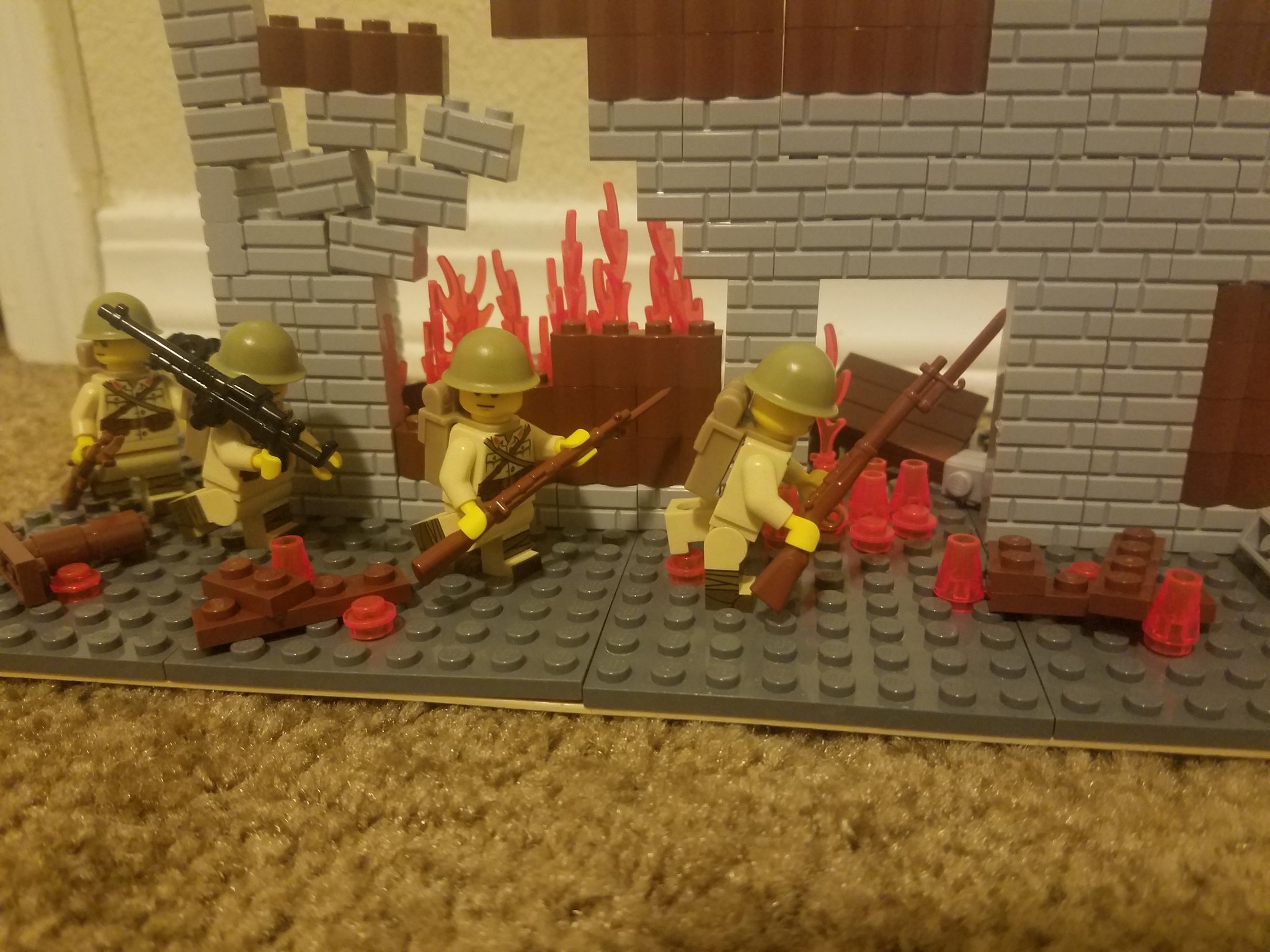 No longer allies, the Japanese launched a series of landing in the area surrounding Polis, It was initially hoped that the Mirthanese Military would join up against the “Cowardly Royal Family”. However, no such coup d’etat came, and the streets of Polis became a battleground between Japanese forces and the Mirthanese Army. Japan needed Mirthanes mineral wealth, and sought to seize weapons, and more importantly, ships, as the Mirthanese fleet was still at anchor. Friendly fire was common, as most of the Mirthanese military hadn’t seen real combat, and destruction was widespread. 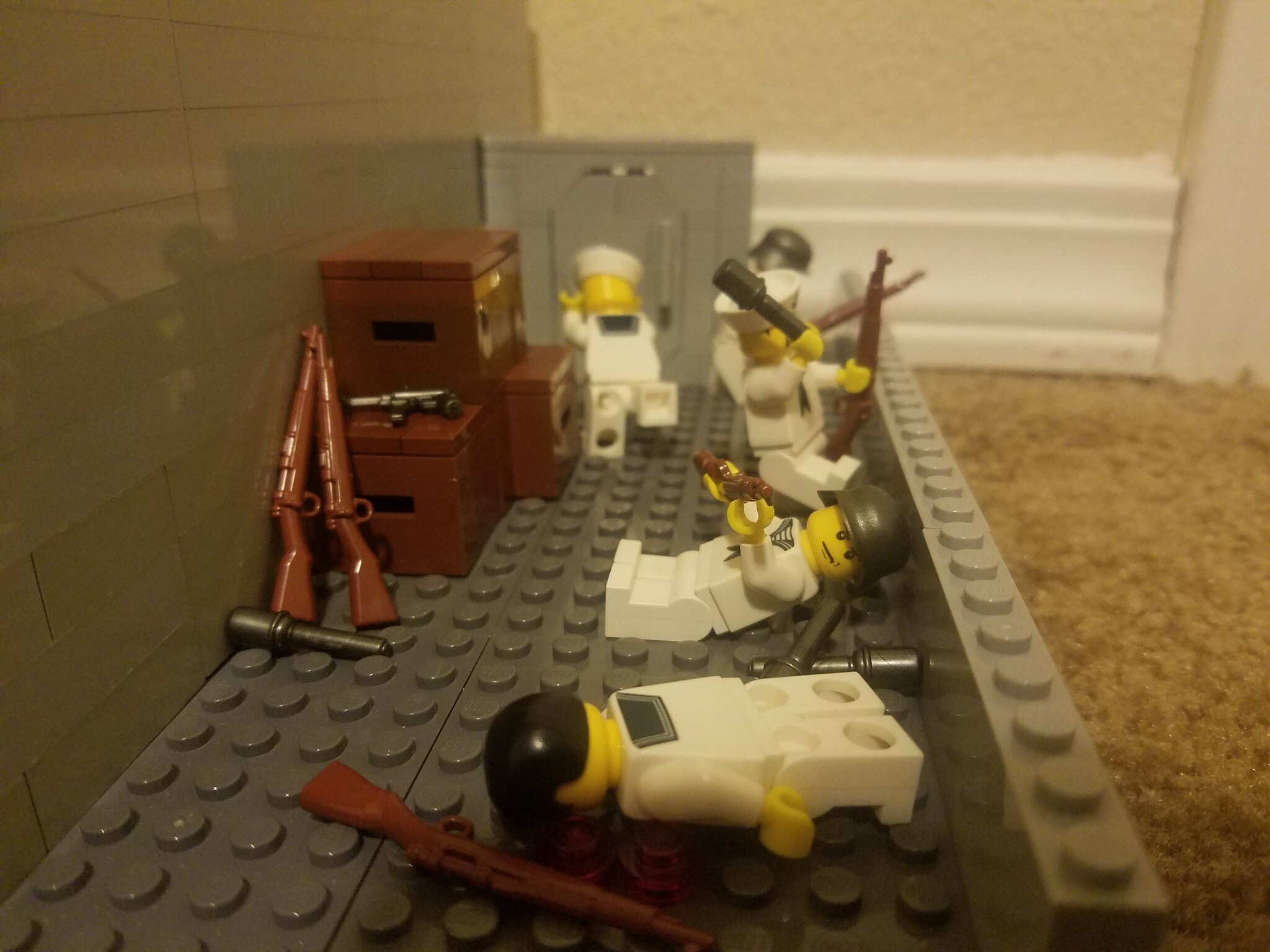 The Japanese attempted to storm the fleet yard and sieze the Mirthanese navy at anchor, however Mirthanese Sailors put up stiff resistance, using their docked ships as makeshift fortifications. The Battleship SMS Glorious, went as far as to activate one of its turrets, and fired 13’’ shells directly onto the port facilities, causing heavy Japanese casualties. Ultimately, the majority of the fleet was scuttled to prevent capture, except for 4 destroyers and yard oiler.

March 19th 1945
After over a week of fighting, it seemed the Japanese had taken most of Polis, however it was far from the fast seizure of power they had envisioned. The Mirthanese army was regrouping in areas it still held, and US Marines and Army had arrived in the Port of Atlas. Furthermore, the USAAF had arrived in full force, and the Japanese quickly lost control of the air. 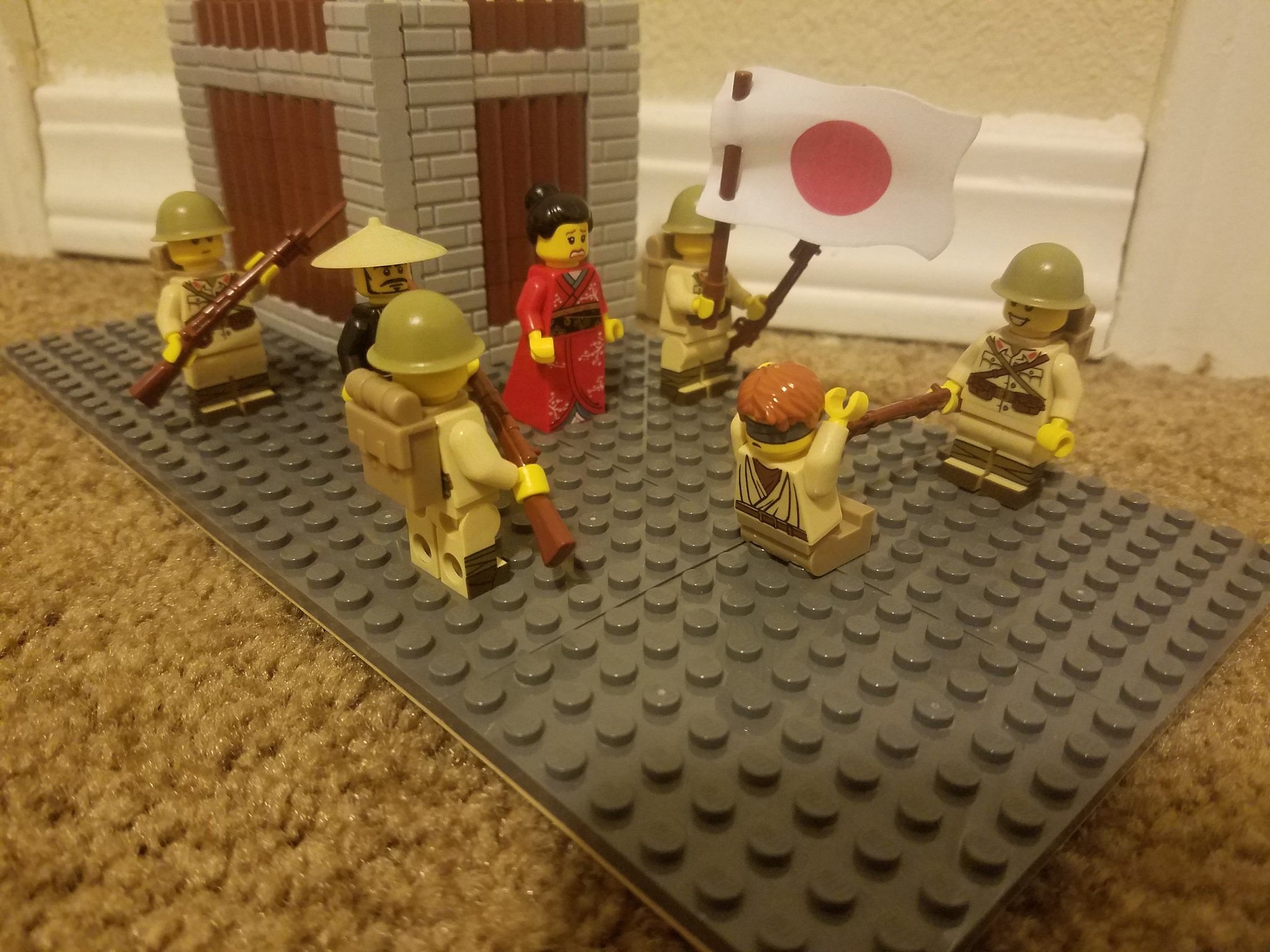 A Mirthanese civilian being executed by the Japanese, he is accused of aiding the escape of Mirthanese Soldiers. 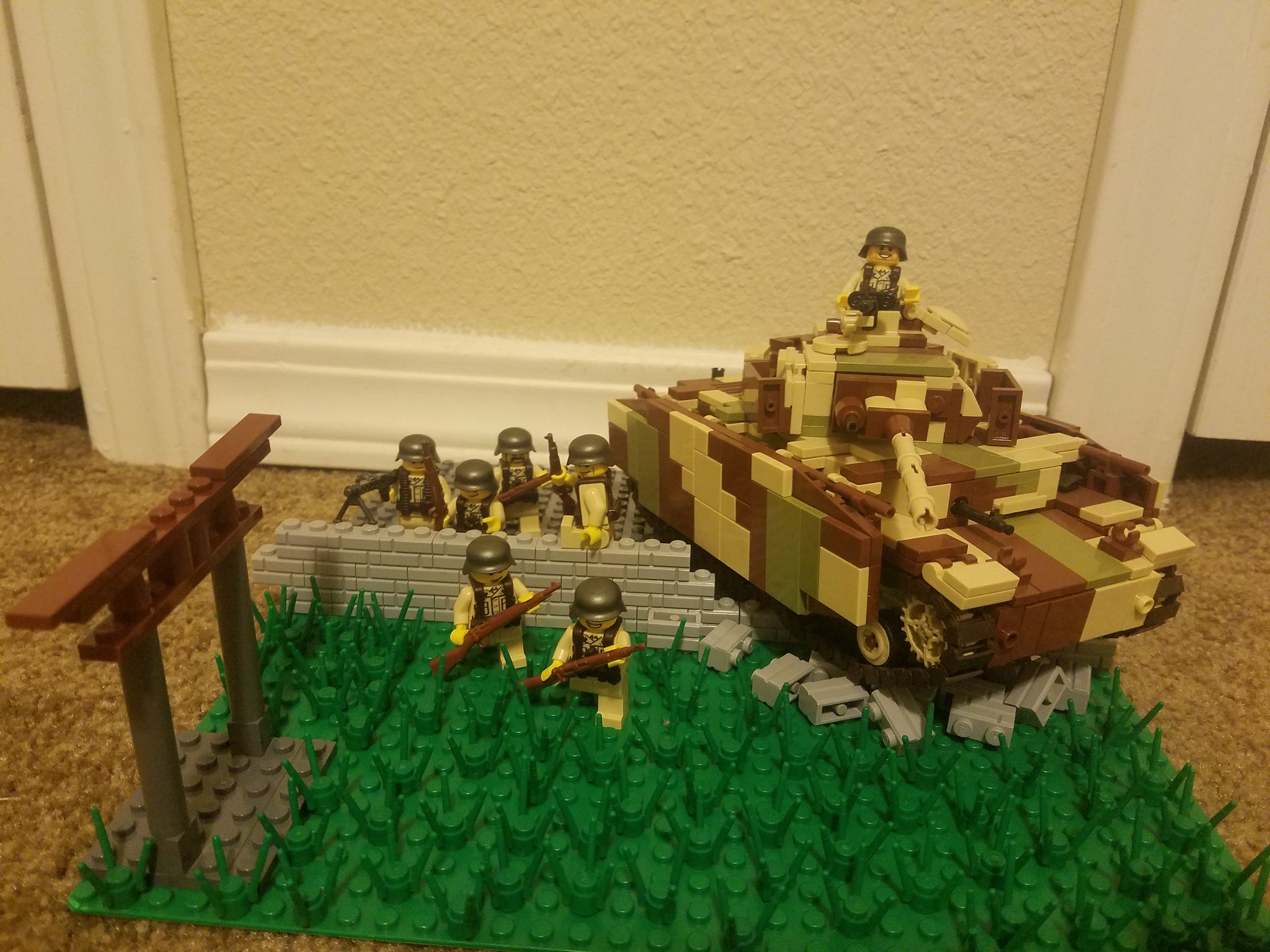 Mirthanese troops advance accompanied by tank support. Following cancellation of resource shipments to the Japanese, Mirthan found itself able to afford to operate much of its vehicles and aircraft again.

March 26th 1945
A Mirthanese-US counterattack was finally orchestrated. Without air superiority, and rapidly losing supplies, the Japanese were quickly pushed back to handful of strongpoints throughout the city. The Royal Palace, (still in Japanese hands) was besieged by Mirthanese forces and recaptured on the 26th of March. 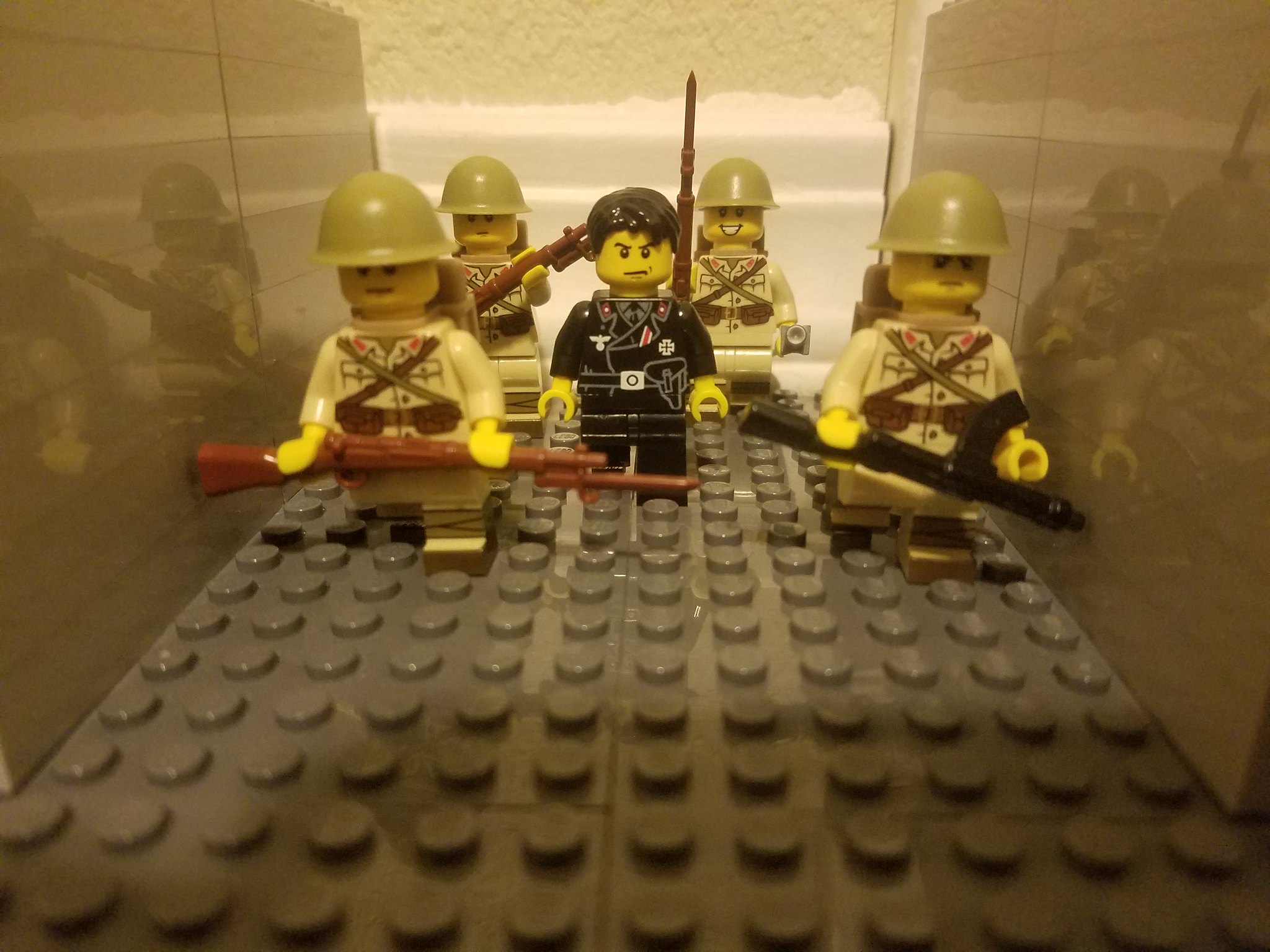 King Lennertz III, captured by the Japanese, is escorted through a basement corridor during an artillery barrage. King Lennertz went missing after the recapture of the Palace. While never identified, its believed he was among several hundred bodies found on the Palace grounds. The bodies were buried at the palace, and a memorial stands to this day. 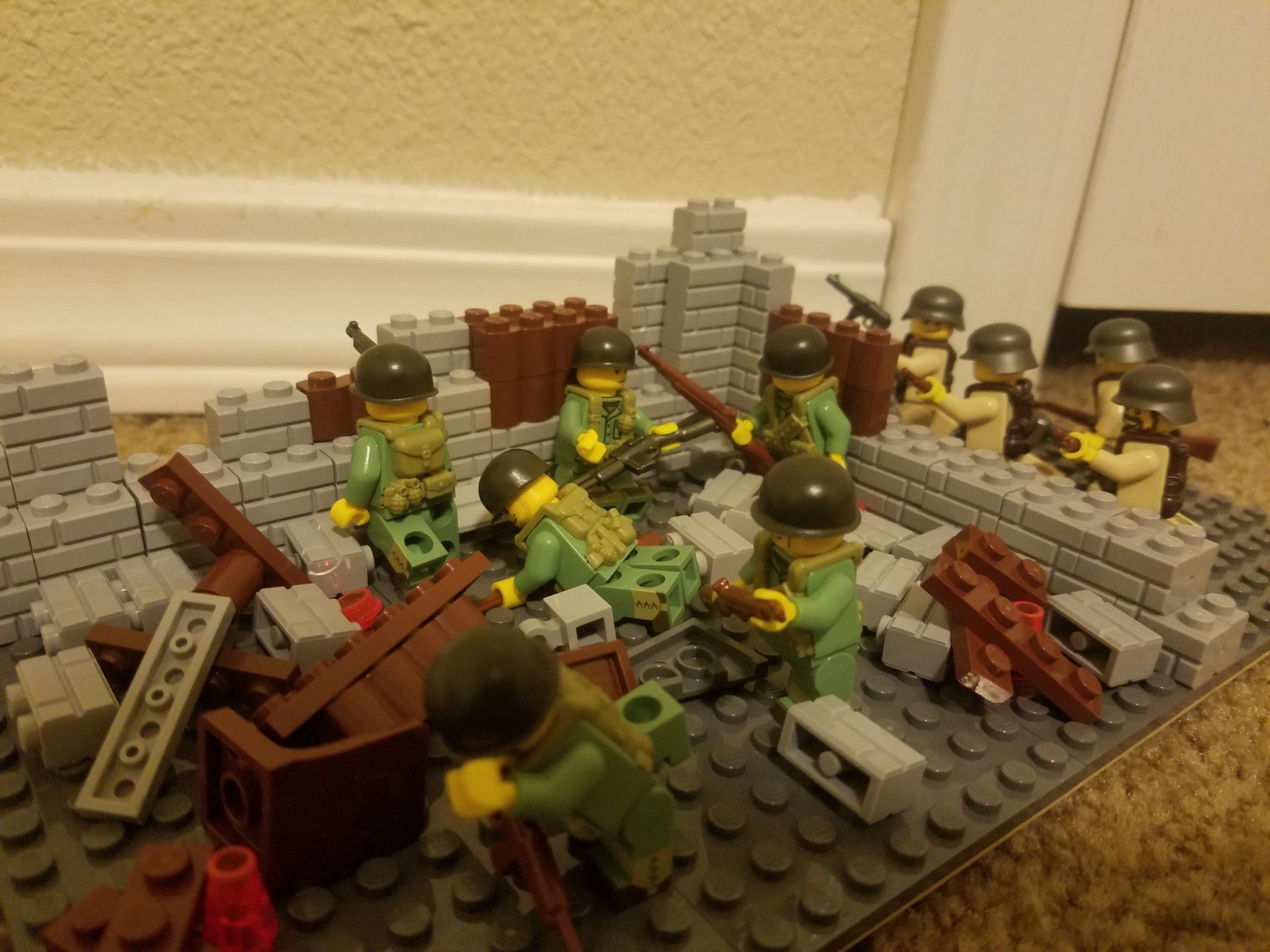 April 3rd 1945
After the last Japanese forces were defeated, Mirthan claimed victory. Prince Lennertz IV assumed the throne. He was previously a general, and commanded Mirthanese forces in the Battle of Polis. 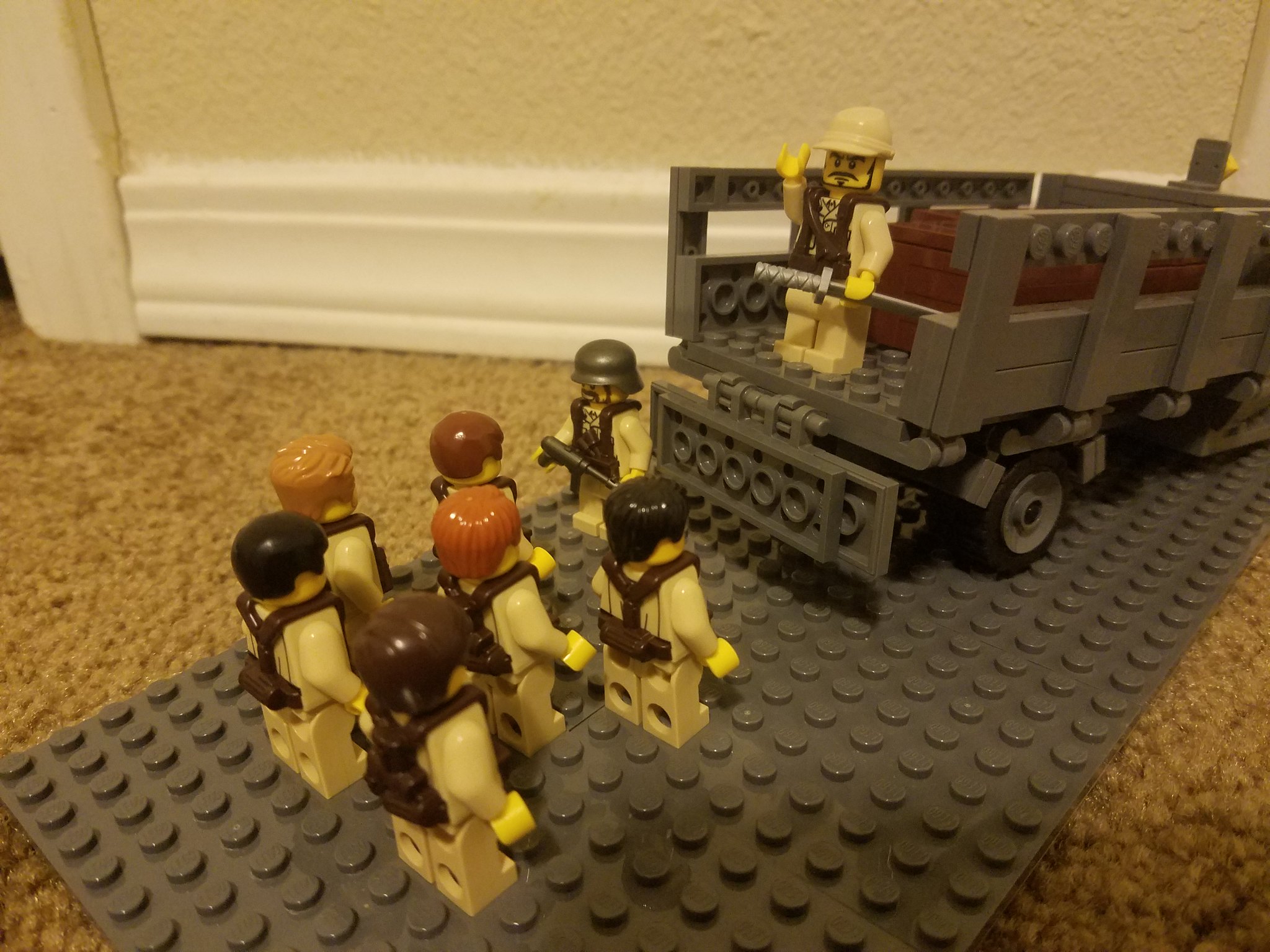 Now King, Lennertz IV proclaims victory from atop a truck.

July 13th 1955
After Japans surrender, Mirthan moved towards isolation. Vintergarten island would remain in US hands as a marine and air base. Mirthan would continue to seek economic ties to the US, Japan, and South Korea. King Lennertz IV turned Mirthan into a bourgeois capitalist paradise. Mining and a new oil industry were lucrative, and mechanized farming created a large cash-crop economy which quickly found markets in Japan, still rebuilding from the war. The working class began to suffer starting around the 50’s, as export profits began to take precedence over rural and urban development. 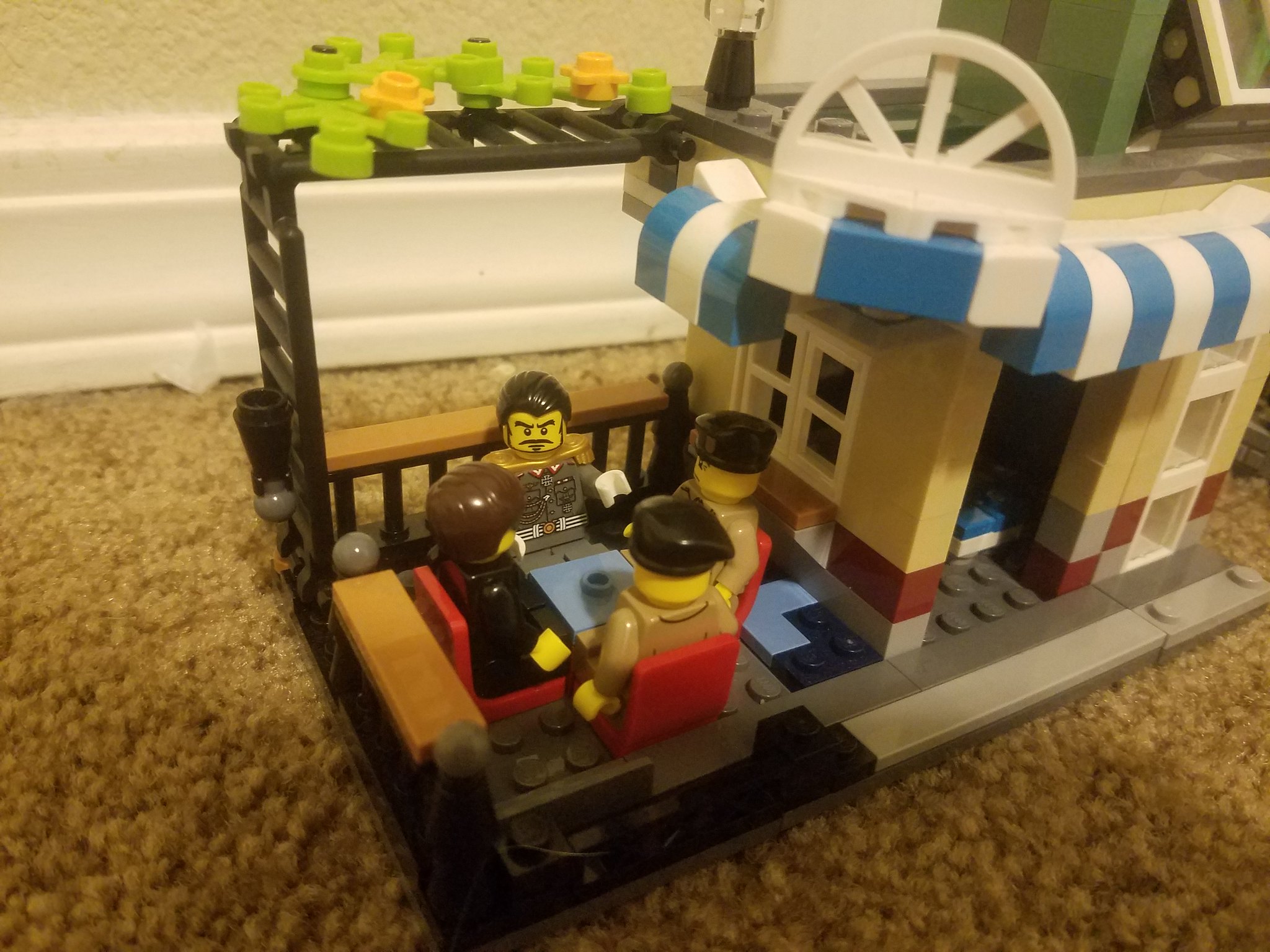 King Lennertz IV, with an entourage of officers at a café in the rich district of Polis. While technically still an absolute monarchy, the king did accept a parliament, however the parliament was controlled by the military.

September 3rd 1955
Ever since the end of ww2, various communist groups had sprung up all across Mirthan. The groups often varied from leftist, to revolutionary. Government crackdowns were widespread ranging from arrests to firing squads. 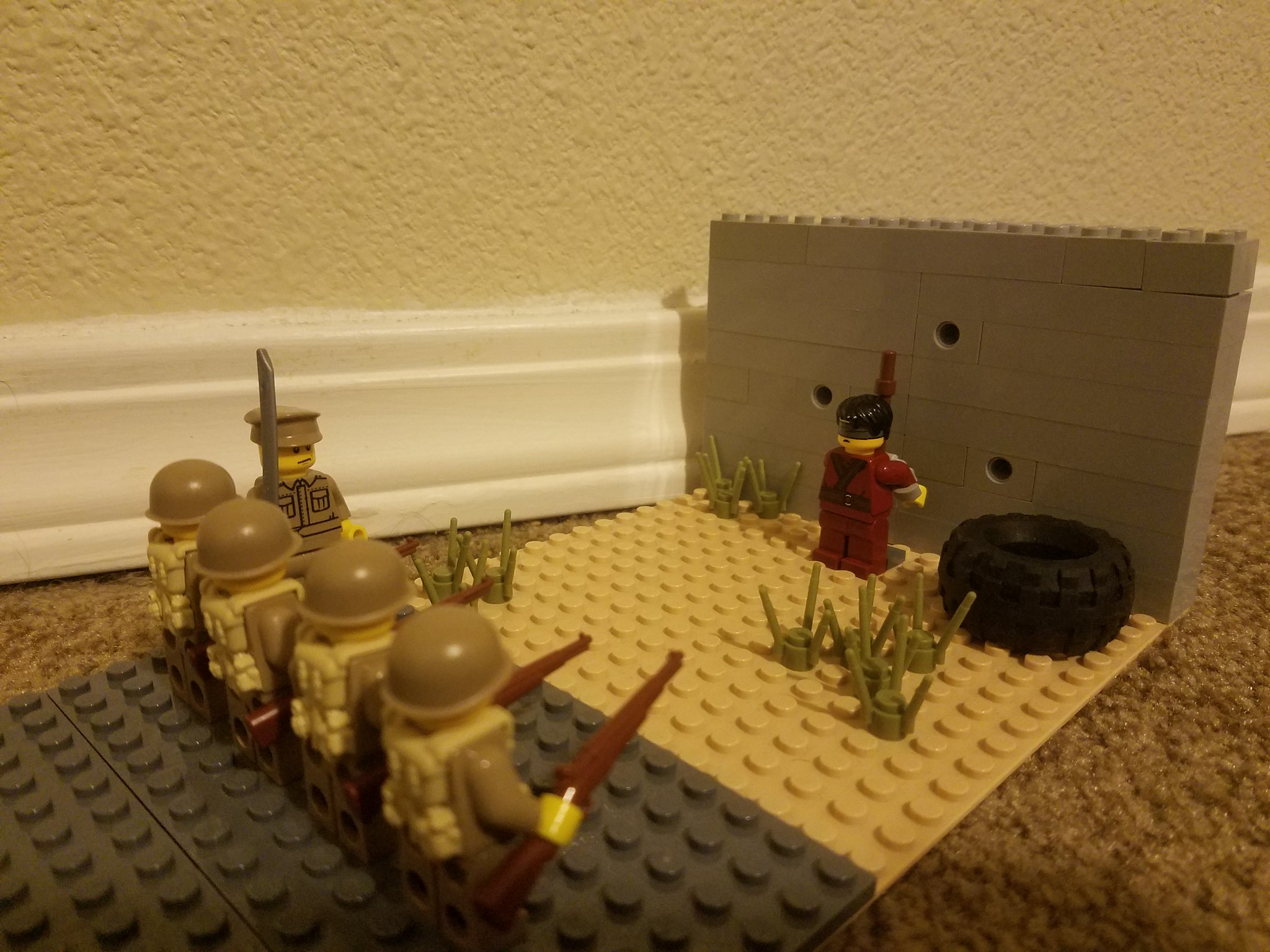 October 25th 1955
On the anniversary of the October Revolution, leftist demonstrators took to the streets of Polis. In response, King Lennertz mobilizes the army in the streets, to keep order, and protect richer areas. 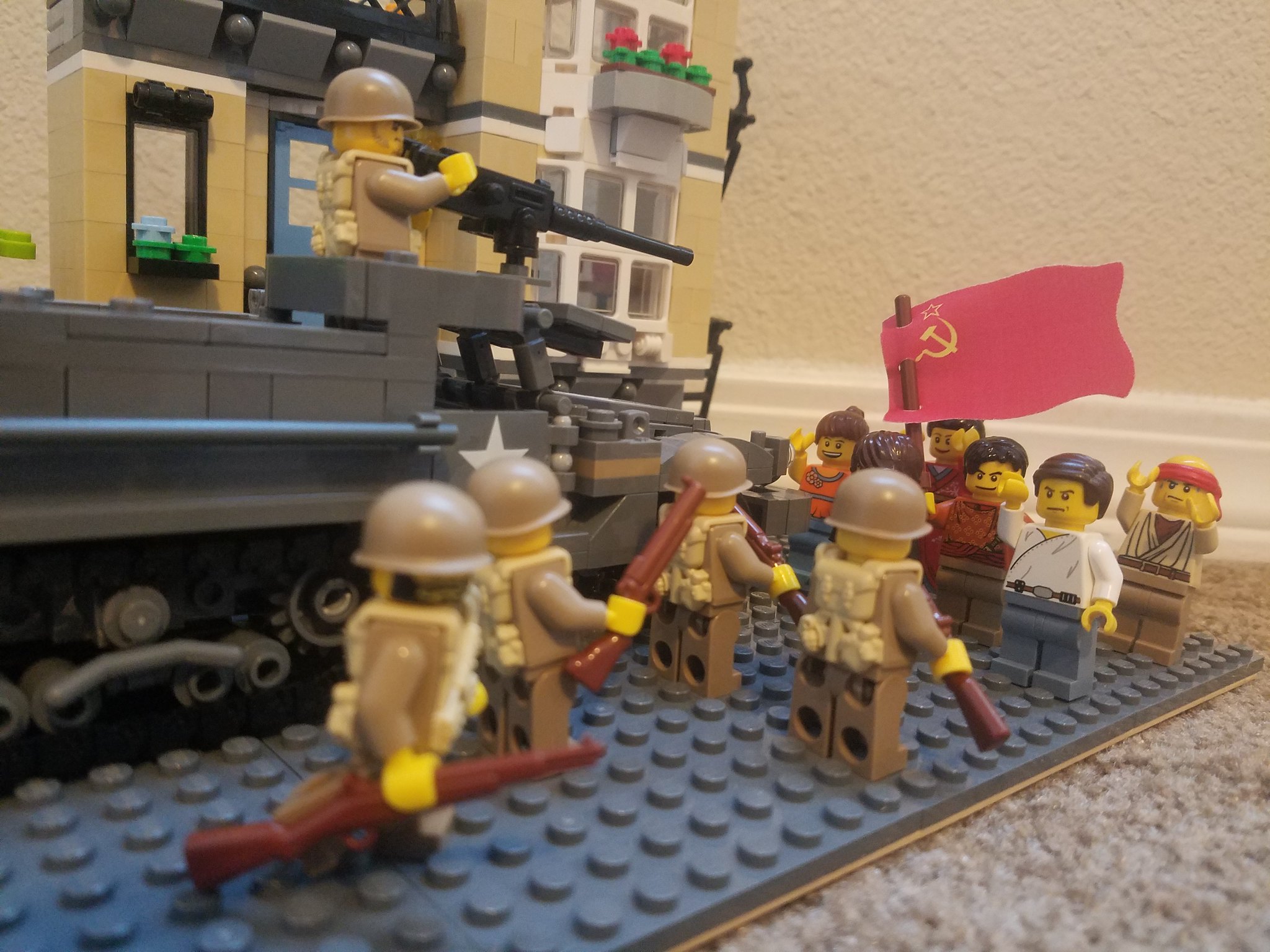 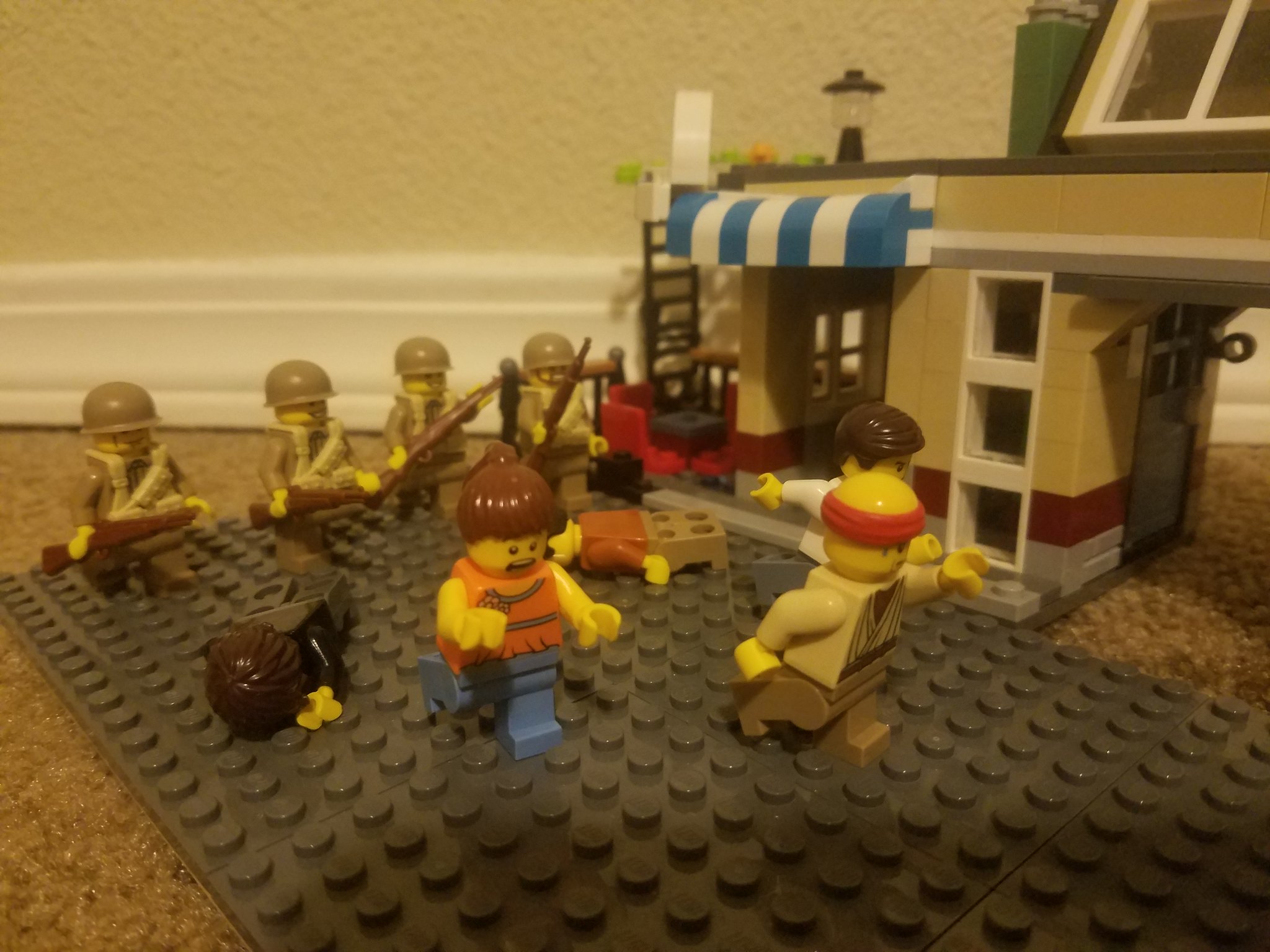 Overrun, and panicked by a hostile crowd, a Mirthanese officer orders his troops to fire. Within hours, the shooting spreads all over the streets of Polis. The crackdown leaves 1400 dead. And hundreds more are arrested. The event was so controversial, it was condemned by Japan, the US, and the USSR. 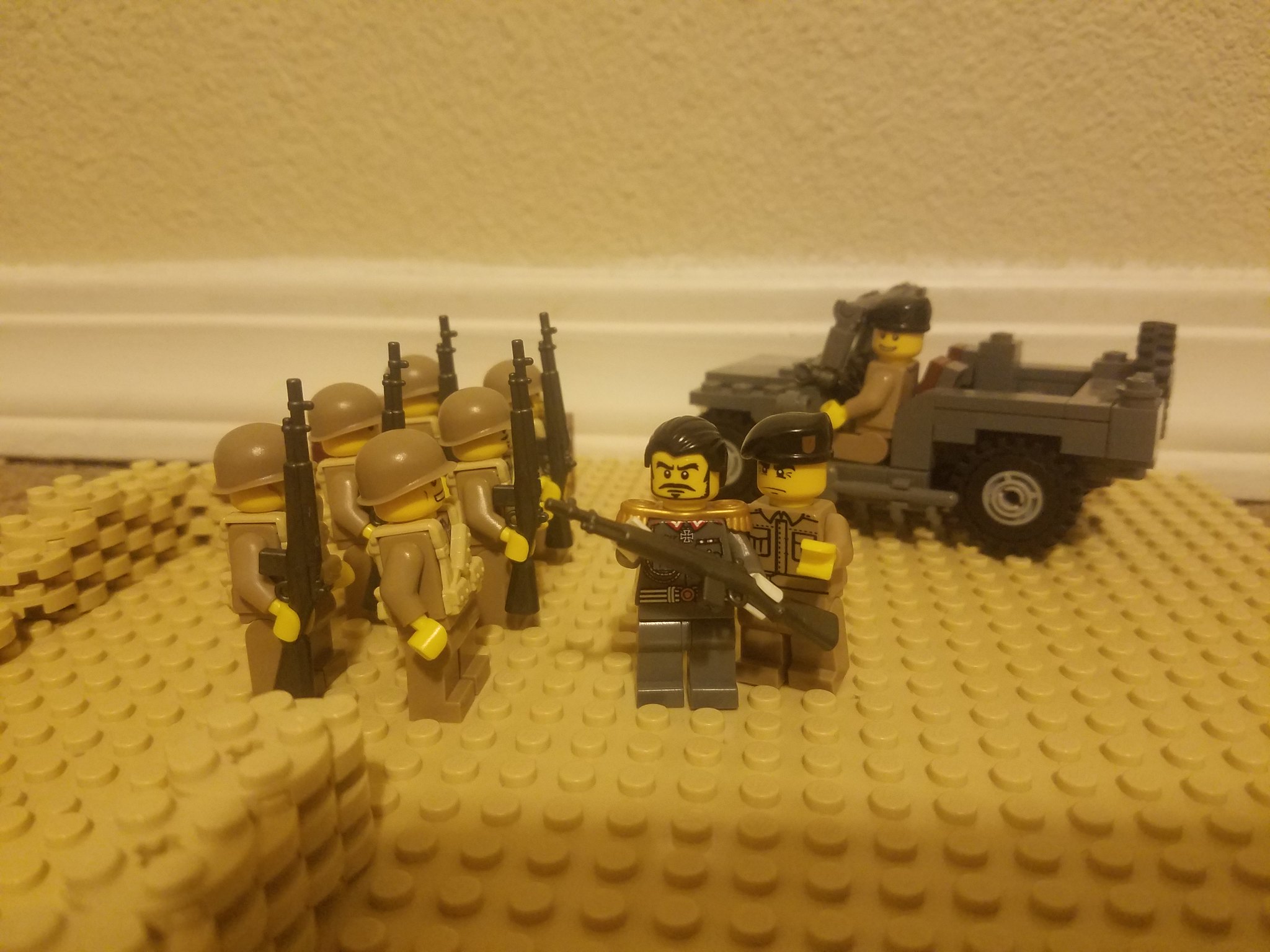 King Lennertz inspects new M14 rifles acquired by the Mirthanese army. Beside him is his oldest son, Gerhard, General of the Western Army . In the background, in the jeep, is his youngest son, merely a Captain. Prince Kirschtein II had recently returned from university in the USSR, and returned with many “leftist” leanings. The King ensured Kirschtein II was kept in a lower officer commission, well away from political affairs. 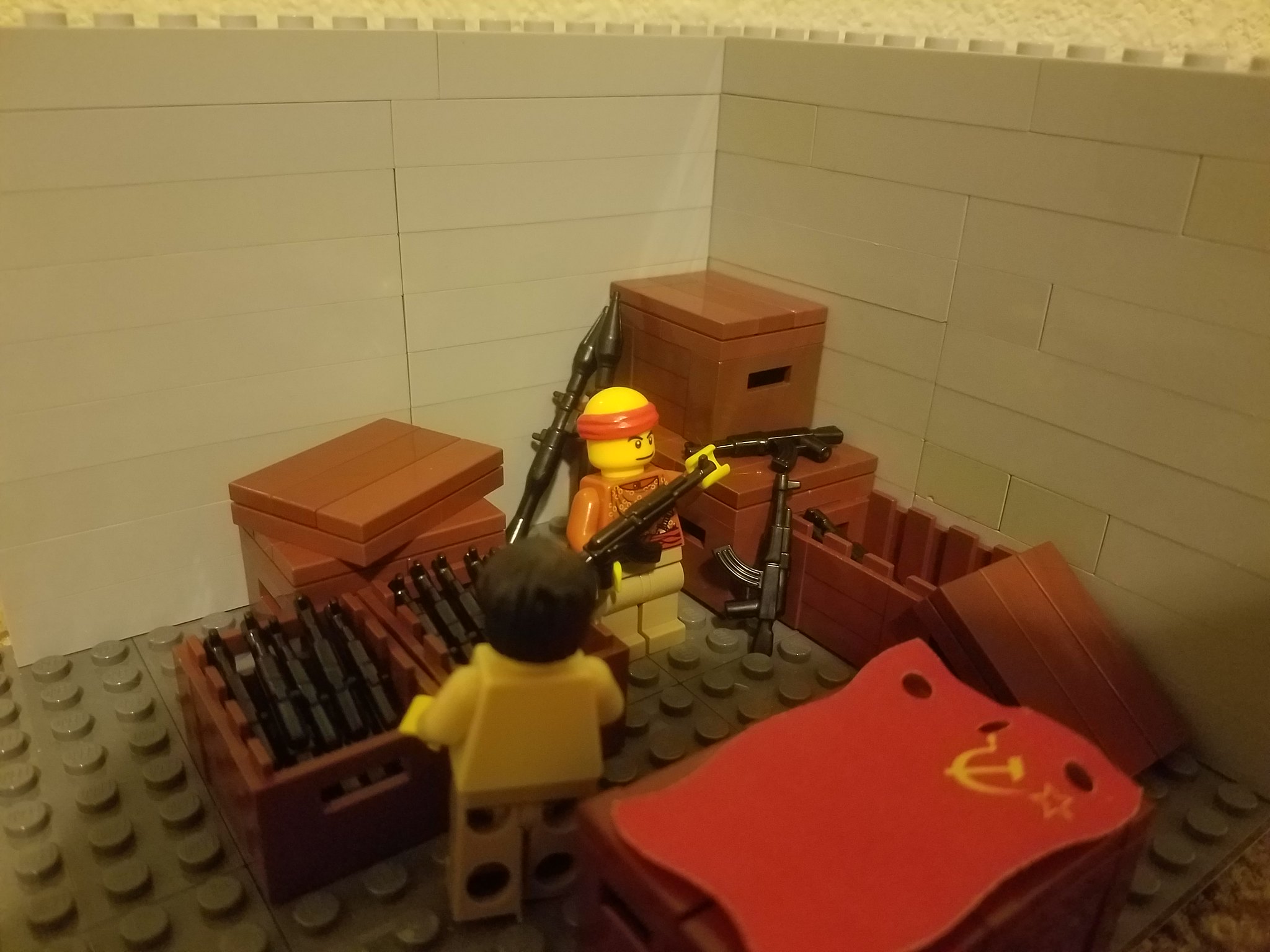 Mirthanese 5th Colomnists take inventory in a secret weapons cache. The Soviet Union and China provided large amounts of weapons and aid to leftist organizations in Mirthan. Weapons like AK-47s, RPGs, and WW2 surplus were available in large numbers, and very cheap. 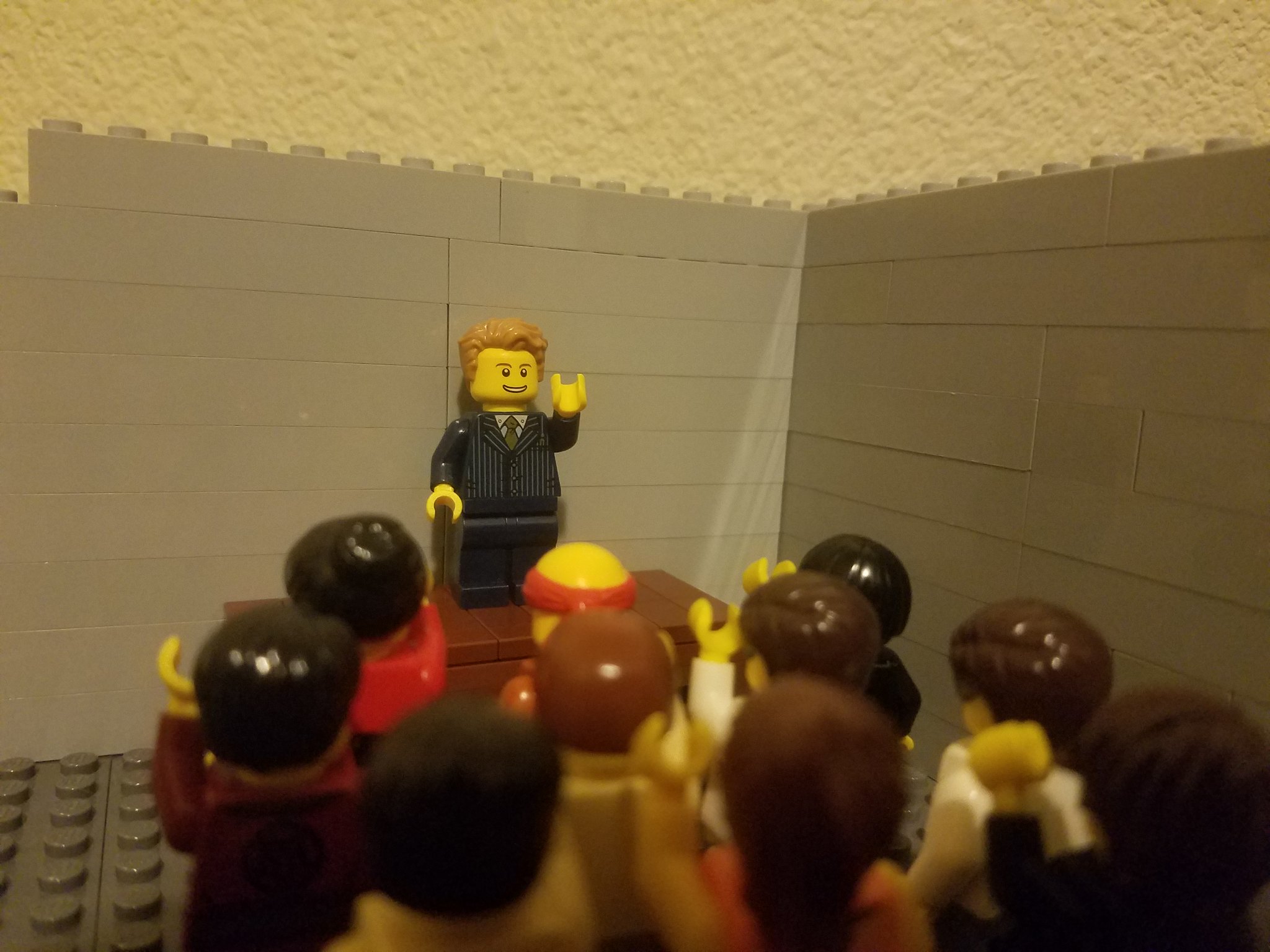 Prince Kirschtein II addresses members of the Mirthanese Communist party at an underground rally. Kirschtein had been making connections, coordinating the various leftist groups into a single force. He was also seeking dissent in the government, and even in the army. Promising a new nation, for the people. 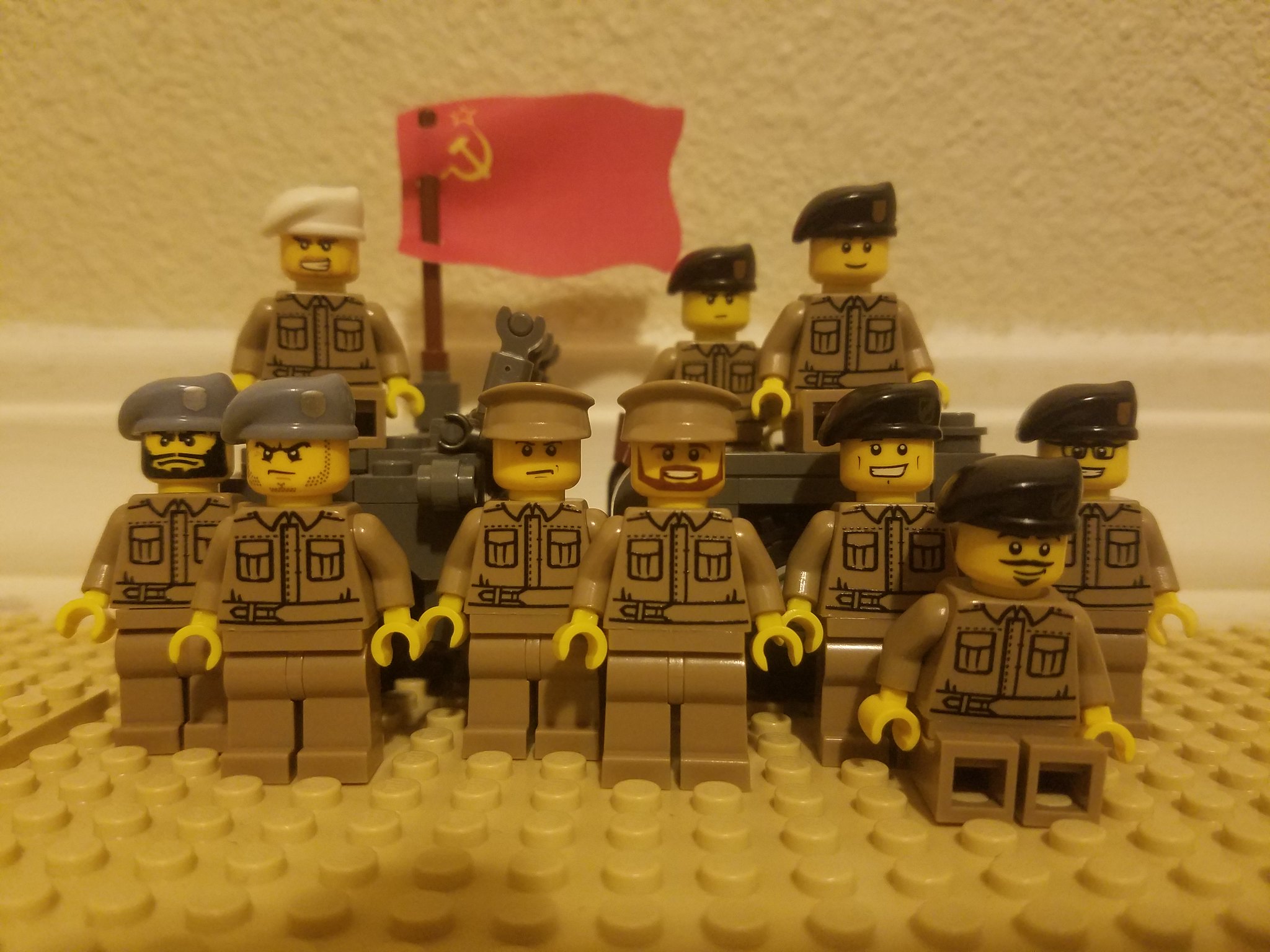 Civil dissent was at an all time high, weapons caches overflowed across the country. At the center of the ring, was Prince Kirschtein II. Through various leftist channels, this photo was brought to Kirschtein II, military officers of the Army, Navy, Air Force, and Marine, standing under the soviet flag. Much of the Mirthanese military had its roots in poor upbringings, and many enlisted and officers held sympathies for leftism. With this photo, the stage was set, and Kirschtein II ordered his plans to seize, and relinquish power to the people.

March 23rd 1960
Air Force fighters thunder over Polis, dropping bombs on government weapons depots and bases. Sheer chaos ensued, as the army began to turn on each other, one by one, loyalist elements were being captured. Crown Prince Gerhard sped to the city to command the defense, but was gunned down in his staff car by Leftist forces. 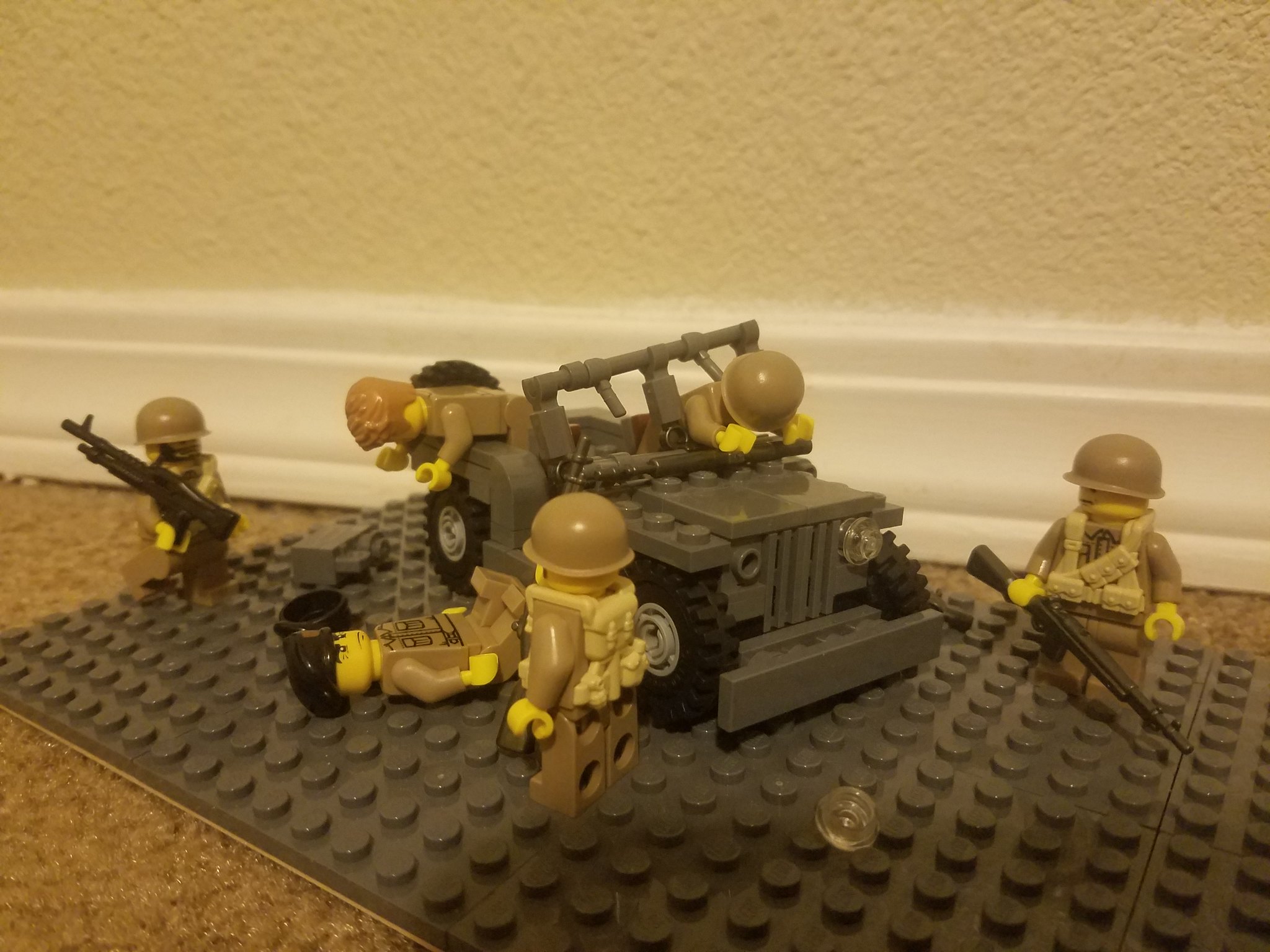 Prince Gerhard and another officer lay dead, having been gunned down at a checkpoint. Not understanding that it was the military who was in revolt, he mistakenly decided to stop at the military checkpoint, only to be gunned down by the soldiers there.
"The crashing arrival of a large stone does much to humble an arrogant foe"
Top

yay another cool soap about Mirthan

kinda wonder if the us marines pulled any shit though, occupiers arent exactly nice in other peoples countries

Well told story, so many scenes built and pictured.