Maeby's Cannon, Or the Romance of the Three Alliances

Maeby's Cannon, Or the Romance of the Three Alliances 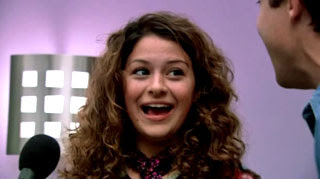 The Romance of the Three Alliances

Siri smiled. After a lifetime of feeling only pride, jealousy, avarice and wrath she was finally happy, and it was all because that intern spiked her purified water with Rainbow Transparent. If she wasn’t so high on the magic of friendship, Siri would have Ian the intern obliterated by anti-matter. Her euphoria began to pervert her thoughts, and the pen in her hand became an overt phallic symbol. She giggled like a schoolgirl. The sleek macbook in front of her, that was a testament to Trattorian ingenuity and technological advancement reminded her of the female form. The round and curvy sides juxtaposed by the skinny body confused Siri, as she threw the device at the wall.

“Oh no, what have I done?” said Siri, in regret. She had committed technological heresy. Had she been honourable, she would have committed seppuku right then and there, freeing the empire from her tyranny. However, Siri was a total anorak. Ian opened the door, and asked “Is everything alright Kaiserin Siri? I heard a commotion.” Siri looked at Ian, seeing only his smug face. This was it, Siri thought, worrying about her imminent arrest. Ian would see the busted macbook and report her to the head scientists. Not even her status as the overlord had any meaning now. Ian looked to his right, .“Oh, your macbook? It looks fine. Just try not to spill any water on it, those laptops are pretty shitty.” Siri was shocked, and amazed, and angry. Then she noticed Ian’s complexion, his skin was olive coloured, and accented by a thin and curly mustache. His tie had a red stain on it, spaghetti sauce. Ian was a Sicilian agent.

“I see you still haven’t come down from your high yet, Kaiserin.” Ian said, his face so smug it was begging to be punched. Siri punched him in the face. “Guards!” she yelled. “Go ahead and yell for your guards, Siri. They’ll see your smashed mac and notice your intoxicating musk as a product of sexuality.” Ian didn’t look to be physically affected by Siri’s strike. He only seemed to smile bigger, but she could sense his annoyance. The grey armour clad men arrived in Siri’s office. “Kaiserin Siri, our scientific and logical overlord, what has happened?” asked the Sergeant. “This Sicilian smashed my macbook, and was under the impression that it was nothing more than a shiny piece of hipster cred. I want him banished to-“ Siri became distracted, Ian was pretty handsome. His skin although marked with Italian crumbs, black hair and the odd noodle appeared to be smooth. His muscles were pretty big, and his belly didn’t hang out like she expected it to. “Banished to where, Overlord?” The sergeant said, perplexed by her staring and vacant expression. “Banished to, uhh, my quarters.” The guards’ visors covered their faces, but their shock was made evident by the awkward silence. “Because I plan to personally interrogate him.” Siri added. “Okay, Kaiserin. He will be restrained there.” The guards left with Ian. Siri’s judgement was clouded, and her state was made more obvious. She would have to make more effort to cover her tracks.
This sig is too fucking large: show anyway

You never suspect an Ian.
The only unflawed system is Lego System.

AdamHernandez wrote:It's well written and specially the last paragraph which is with the climax and revenge too.

Thanks, you too.
This sig is too fucking large: show anyway