There once was a famous magician, who went by the name of Howle. His powers centred around a moving castle he called his home. Now, unbeknownst to the public, he had a cousin...
Nah, scratch that.

There once was a mechanic, who slaved day and night oiling the cogs of the greatest machine of the world; the British Postal System.
Erm...


Forget it. 'Tis a steampunk walker, which I have dubbed Growle's Moving Writing-Desk on account of it's owner, Growle, and it's contents, a writing-desk. 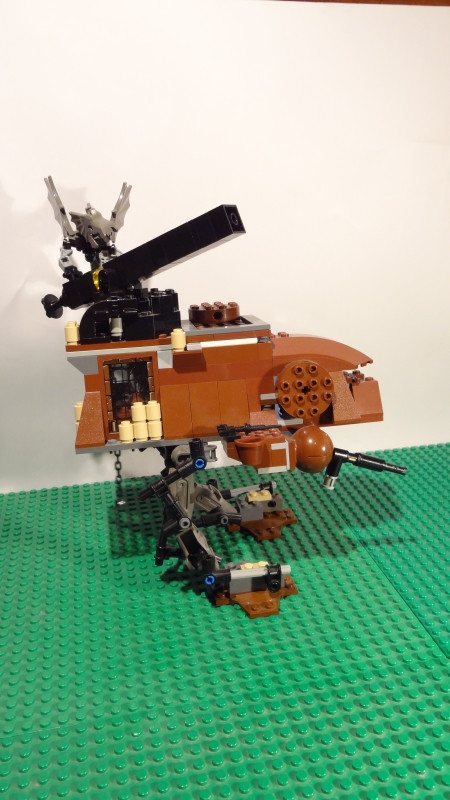 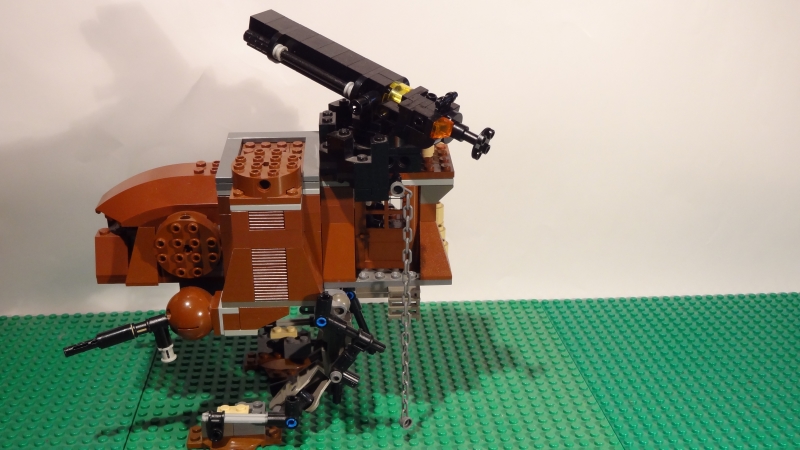 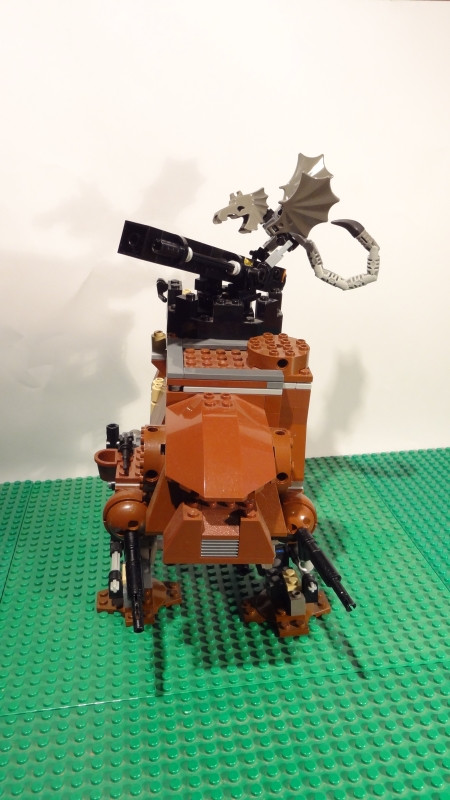 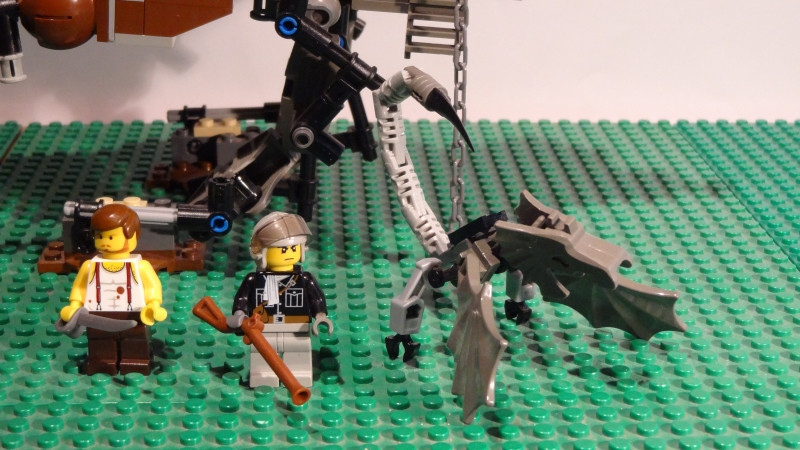 Growle is in the centre. His assistant, Alfonzo, is on the left. His pet dragon, Filiberto, is the dragon.

And, in case you were wondering, here is the gun: 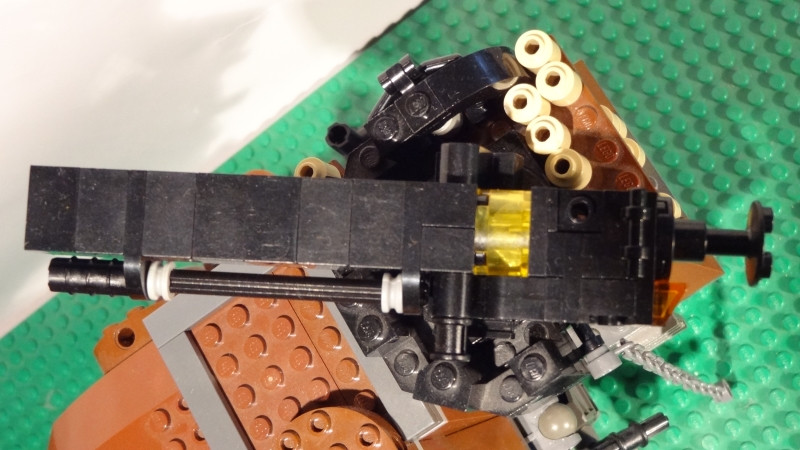 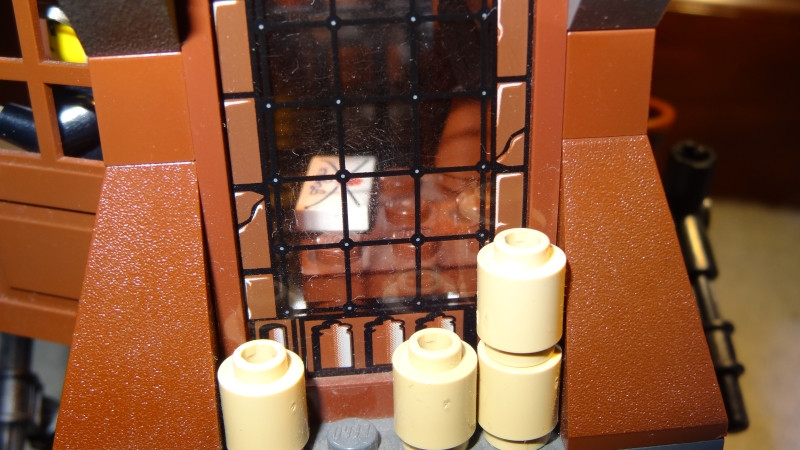 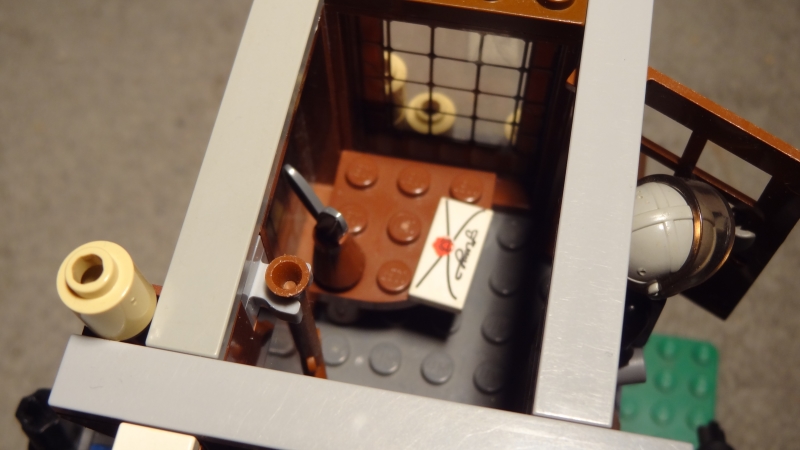 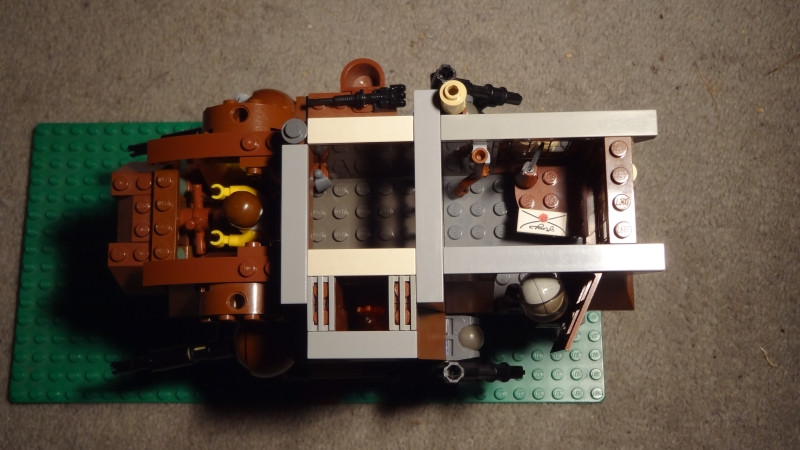 And the fireplace, just for good measure: 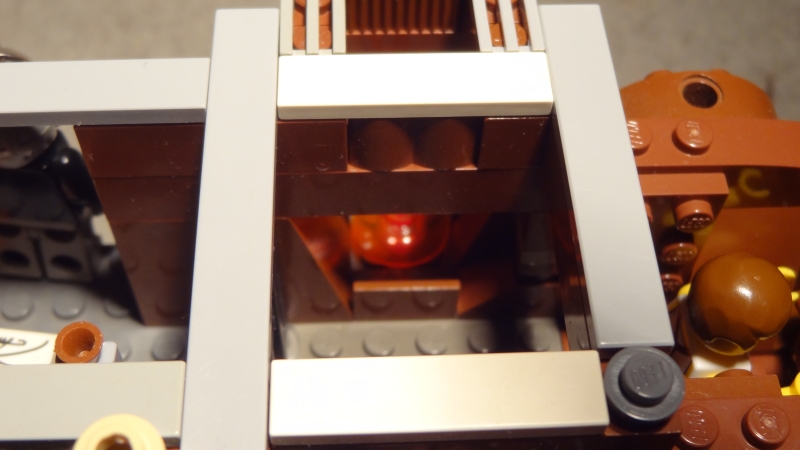 Indeed successful!
Love the dragon (amongst everything else) but no pic of the desk??
If you're not into Metal you are not my friend!
Top

We wan't desk!
Kingdom of Denmark

FIRST TO TOUCH THE BUTT
Top

Can we get a three-quarter view of the walker?

How about a breakdown of that cute little dragon? I'd love to whip some of those up!
For Your Reading Pleasure: Rev's Battle Reports

This is all amazing, love the reference and the build itself, I thought the dragon was a fancy weather-vane at first.
The only unflawed system is Lego System.

I like those legs, the rest is damn fine as well.
This sig is too fucking large: show anyway