The Kezzler Rebellion, part 2 (Fall of the MOJ)

The Kezzler Rebellion, part 2 (Fall of the MOJ)

A week after the start of the rebellion, Major Kezzler and the remains of his crew are on the move, trying to make sense of everything that has happened. At the moment, they are in a brown zone - no baseplates, just brown everywhere, and the occasional strange tool or bottle of Kraggle. So far, the Major's crew has figured out two things. First: The AN is trying to kill orcs, and possibly all of the Hobgoblin regiments, for reasons unknown. Second: Somehow, this planet is important to the MOJ and possibly the AN, but none of the Hobgoblins know why. 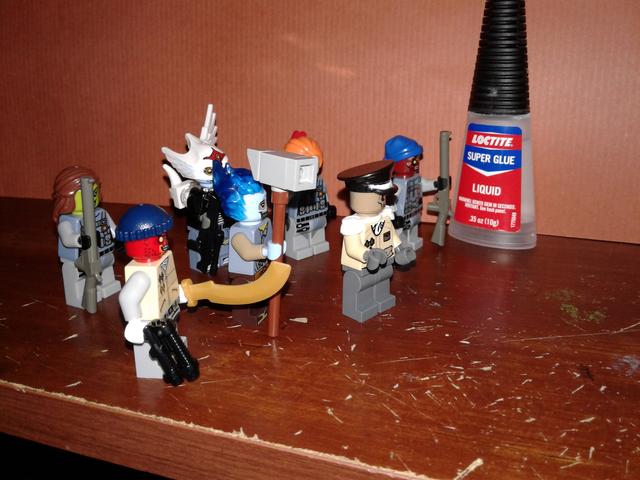 In the brown zone, the Major and his remaining crew await the return of the Lieutenant and her scouts.
Kezzler: "Vell, dis iz kind ov boring. Vhat could be taking dem so long?"
Yelaria: "*SKRAAAAAWK!* Be patient, Major. They will return soon."
Dryzna: "Ya, calm down, boss! Ve haf taken care ov most ov ze AN troops on ze planet."
Jexim: "Hey, here dey come!"
Fizzle: "Yez, but who is dat with dem?" 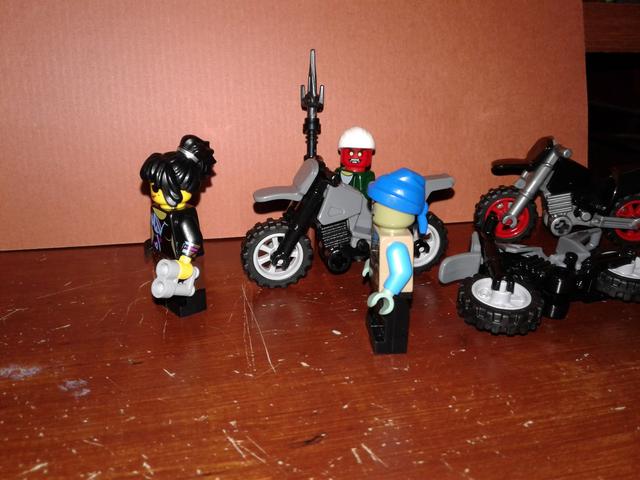 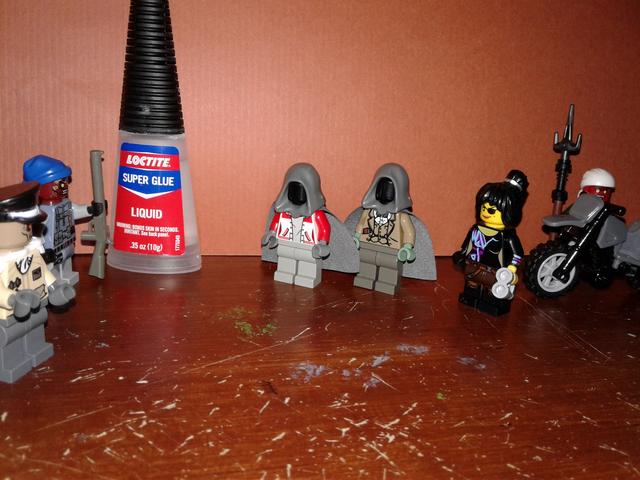 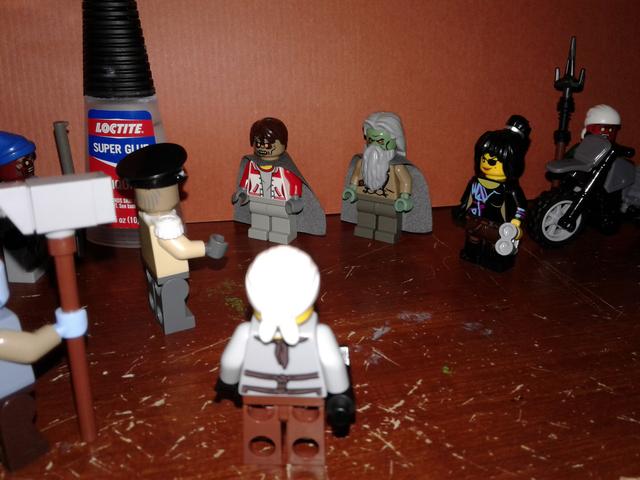 Gasps of confusion come from all around as the natives pull back their hoods to reveal a great goblin and a very old orc!
Kezzler: "Vell, dis is unexpected! Where did hyu come from?"
Old Orc: "Ve haf been here for decades! De Lieutenant tells me you are from ze Fifth Hobgoblins?"
Kezzler: "Yez, I am Major Kezzler, commander of de Fifth. You are?"
Old Orc: "Krigshar. Colonel Krigshar, formerly of de First Hobgoblins. Retired now, ov course. Hy served under de great General Lafitte!"
Kezzler: "Lafitte? Ze Splatta?"
Krigshar: "Ze very same." He gestures to the great goblin. "Zis iz Pilzin, son of Ziglin, anovver retiree." Looking at the confusion on everyone's faces, the old orc frowns. "Do hyu not know where you is? Dis is Lavarenthe! When General Lafitte took on de other challengers in de Galaxy battle, he made de MOJ command make a promise. If he won more den three systems from dem, de MOJ had to give de Hobgoblins a world of their own! This is dat world! Welcome to Lavarenthe, Major! De new homeworld of de Hobgoblins!"
For several minutes, Kezzler stayed silent. He glanced from soldier to soldier, scout to retiree. "Vell, dis is a lovely coincidence!" Frowning suddenly, he crossed his arms and glared, first at Rishalle, then at Krigshar. "Hy do not belief in coincidence. De MOJ and de AN brought us here, un I suspect dey were planning to decimate de populace de same way dey tried to decimate us!" Pausing in thought, the Major began to pace back and forth. "Ve still need to figure out some vay to contact de other Hobgoblin units, but ve haf not managed to find a communication array big enuff yet."
Krigshar: "Hyu need a big array? Dis ve can help you with! Let us take hyu to... de mountain............."
Top

This story is going great by the way!
I make apocalypses and apocalypse accessories.

This story WAS going great. I've spent 6 months trying to build The Mountain, finally got it about 89% built. Then we had a bit of a flood in the basement game room after a heavy rain. Nothing was damaged, but it made a mess of the floor in the form of mud and mold. In order to clean up the mess, I had to move a bunch of stuff. The Mountain did not survive that move. I managed to slide a sheet of plywood under it, but apparently it was heavier than I'd realized. The plywood actually BROKE, and The Mountain is now The Pile of Rubble, which I am in the process of cleaning since it landed in muddy yuck on my flooded floor.

It will likely take me another half-year or more to rebuilt it, not counting the time I'm going to have to spend cleaning up the bricks, and the floor. Floor is mostly clean now, but the bricks are going to take some time. Whether I like it or not, this is going to have to go on hiatus for a while. I will hopefully return to it in the future as time permits (assuming I can figure out how to rebuild the Mountain out of the Pile of Bricks).
Top

That is about the worst dice roll in the history of brikwars... Sorry to hear that!
I make apocalypses and apocalypse accessories.