Welcome, BrikWarriors, to the age of Brikbuilt Escalation. In this storied fragment of the shattered chronology, all manner of characters (from lowly minifig to lowly human) gather at the most famous bar of them all, that grand old ORANGE TRANSPARENT motherfucker of a meeting place, the Four Rums. Whether drinking or not, these epic personages sweep in between adventures from across the spectrum of spacetime to swap tall tales and exaggerate their own Ossum. Bawdy fish stories and bold, raucous boasting are the order of the day and only the most skillful storytellers are raised in esteem in the eyes of their fellows. But only those who live by the age old adage "pics or it didn't happen" can truly "prove" their Ossum with a show and tell that will spread their name and legend out among the stars.

Beginning in March of BR 2,020, it was decreed that Maniac Beer would be allowed to affect the color transparency of the bar, turning it GREEN TRANSPARENT for the duration of the month of March and the length of the Blarney Build.

Participants will each create one or more "builds," in real bricks or in LDD, and capture a comprehensive set of images that show it off. A "build" can be anything from a single object like a vehicle to an entire vignette. Go nuts. The Judges will have their own views on what constitutes a complete build and that will show in their scoring, particularly in Style and Substance. Anywhere between 1 and 10 images in general ought to be fine. Simply create something BrikWarsy, preferably something that references the rulebook, the lore (community or official), and/or the history.

Participants can submit their build to one of three categories: Brik by Brik, Digital Dimension, or Drunken Madness.
Those wishing to participate in the contest should submit an original build via a new thread in the Armoury or LDD forum between March 2, 2020 and March 31, 2020, including the identifier tag [BB20] in the title.

Judging of the entries will commence immediately following the contest, beginning April 1, 2020, and will end no later than April 8, 2020. The final scores will be announced and formalized in this thread on April 9, 2020.

For the 2020 Contest, the following are Judges:
The following are Secondary Judges:
Judges will view each entry and score it based on the following categories:
Each Judging Category is rated on a scale from 1-10. The scores from each category will be added together, with the exception of Boast, for a Total Judge's Score of between 3 and 30. Judges Scores are added together for a Final Score which is then compared to find a winner.

The Boast Score will only be used in the event of a tie between entries.

The 1st Place Winners of each category will each earn a unique title and associated Badge (BrikMason, Digital Arkitekt, and Town Drunkard, respectively) and join the ranks of BrikWars Royalty.

The 1st Place Winner of the contest in general will join the pantheon of BrikWars StudGods, and gain full on bragging rights. They will also earn a unique custom badge, which will be pinned to the winning post and generally used however the winner sees fit (such as its inclusion into their forum signature). 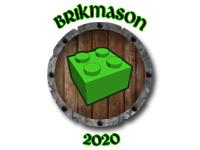 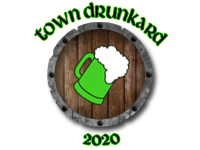 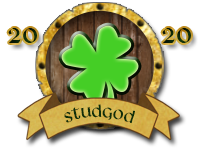 As an additional bonus this year, forum user ninja_bait has offered a prize to the contest entrant with the best Maniac Beer Recipe included in their Drunken Madness entry.


Enjoy the Buildoff! Happy BrikBuilding and, as always, Have Fun.

Anyone else for judges?
Quantumsurfer's Narrative Index
Top

I can be a backup judge

Does cannabis intoxication count towards Drunken Madness, or do I have to kidnap the month of April for a Baked Building Bong-a-Palooza competition? Because this year's April is Month 4 of Year '20 AKA the big 4/20 and

actually I'm just going to do that any way now that I'm thinking about it.

I propose a bonus challenge to celebrate the Four Rums' change in livery:

Drunken Madness builders should provide a Maniac Beer recipe with their builds. I'll award a prize for the best one.
I make apocalypses and apocalypse accessories.

Drunken Madness builders should provide a Maniac Beer recipe with their builds. I'll award a prize for the best one.

Cheers!!
Yeah, you know who I am

I'm willing to judge if there's need, but you can be assured I'll attempt to be as shitfaced stoned as possible while checking submissions.
Top

Sure thing, let me just quickly check reddit for some selfmade cocktail based on popular media I can copypa-I mean, do some brewing research.
Top

Real recipes I can do. Suitable for human consumption? Debatable.

I might be persuaded to judge if you want
Yeah, you know who I am