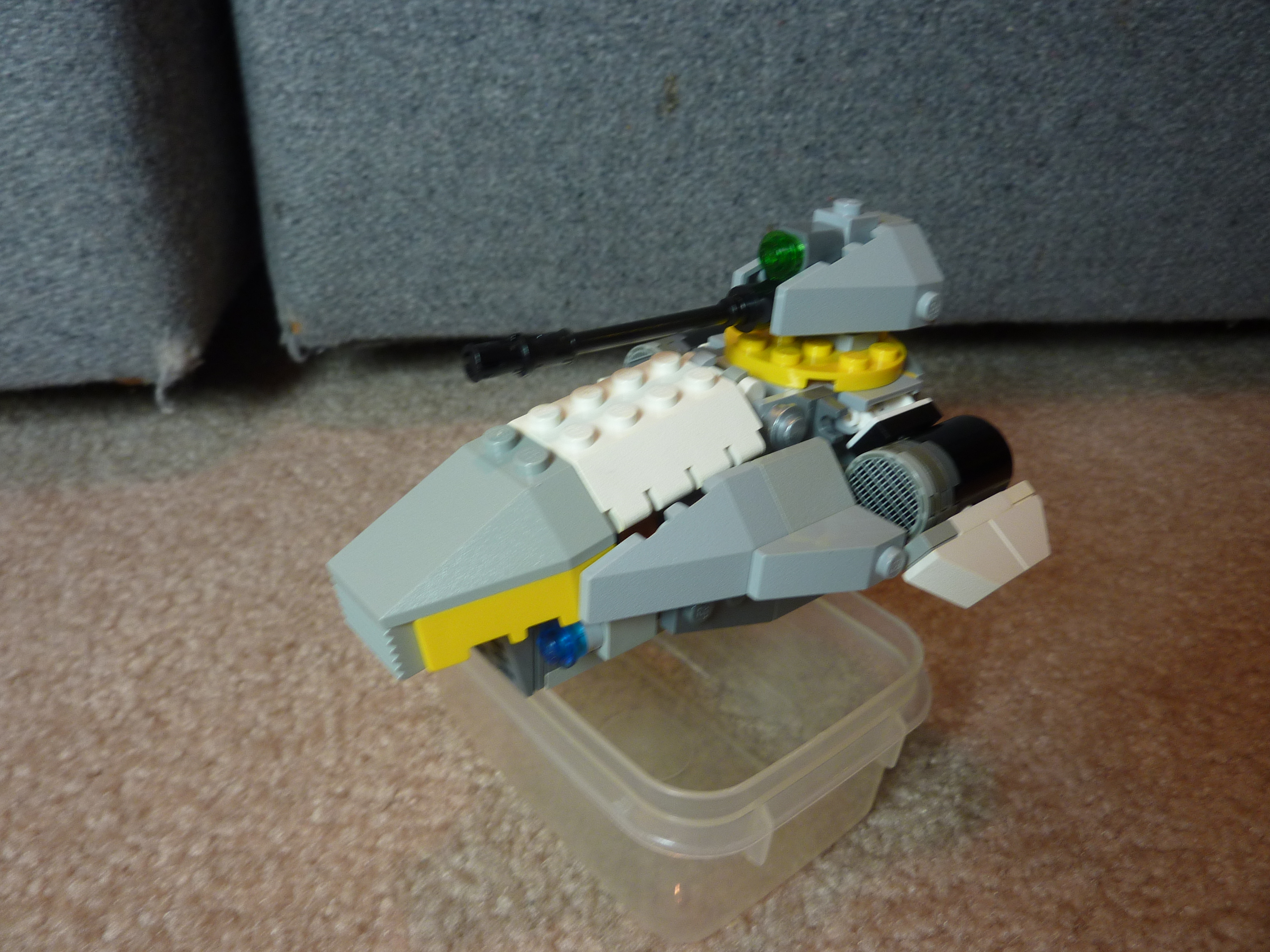 Dropped into a new universe with powerful enemies and few resources, the T.L.A. must once again resort to guerilla warfare to stay alive. The Reconnaissance, Assault, and Light Patrol Hovercraft (R.A.L.P.H.) was designed to meet the need for a fast, inexpensive vehicle that could conduct hit-and-run strikes against Space Justice and other enemy factions. 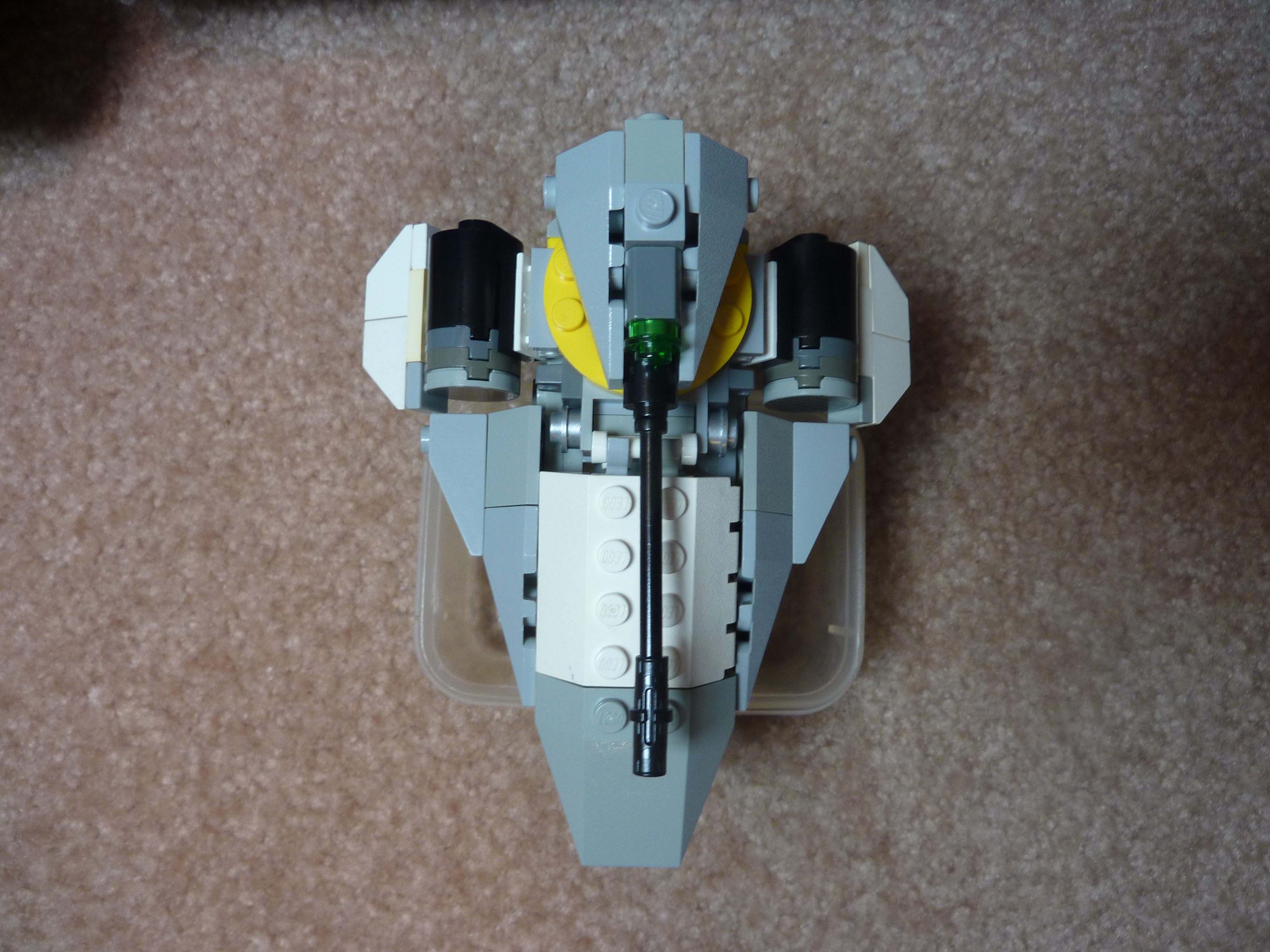 More like an oversized jetbike than a small tank, the R.A.L.P.H. typically skims low over the ground on a cushion of ionized gas like other T.L.A. vehicles. However, it can briefly overcharge its hover system in order to "jump" into the air and move or shoot over terrain. Its aerodynamic shape combined with its light weight means that it can perform this maneuver much more effectively than the T.L.A.'s larger tanks. 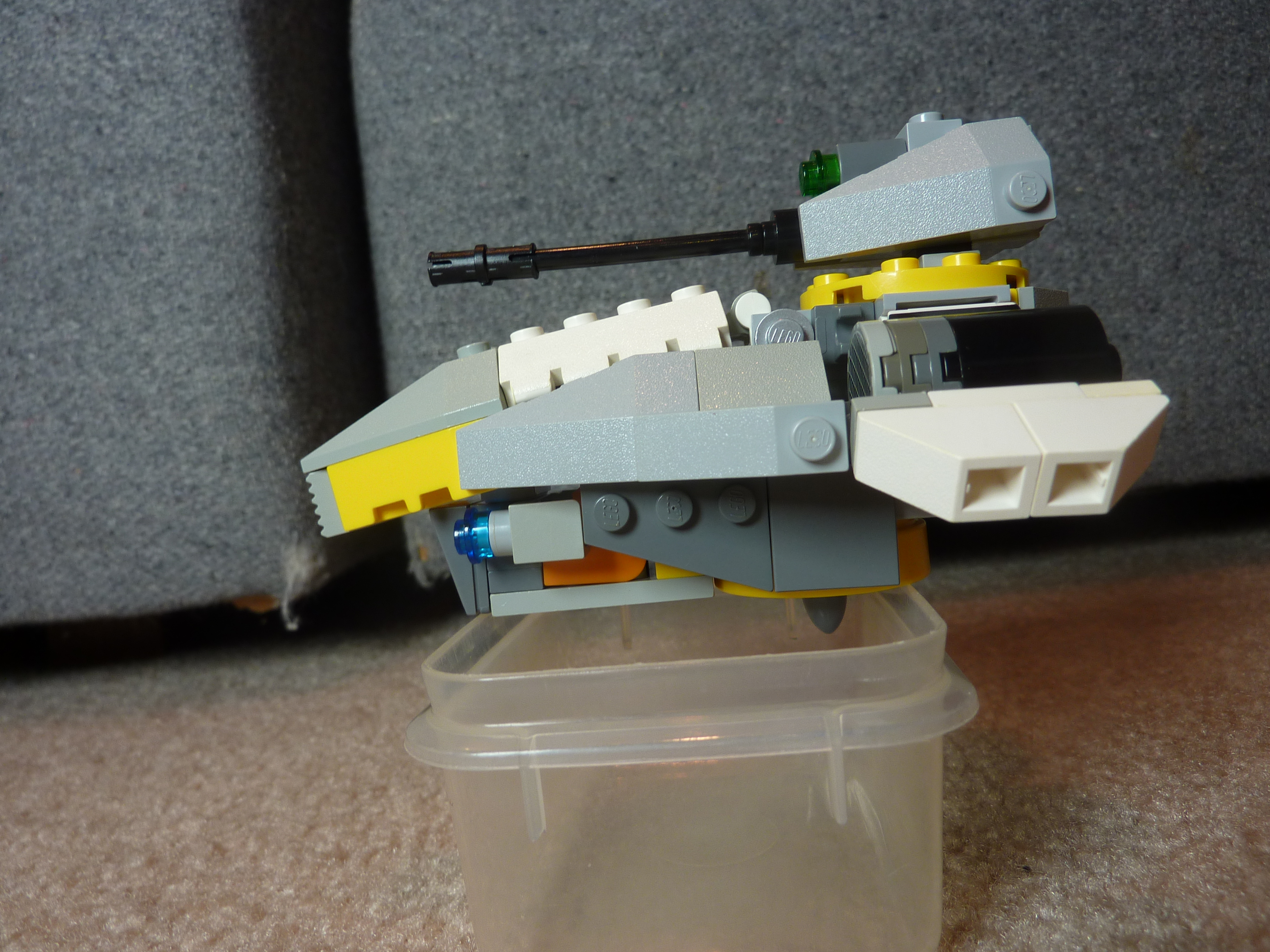 The R.A.L.P.H. prototype is armed with a light autocannon turret borrowed from the Black Knights. However, future versions will be able to mount the same set of modular turrets as the S.M.A.R.T. light hovertank. 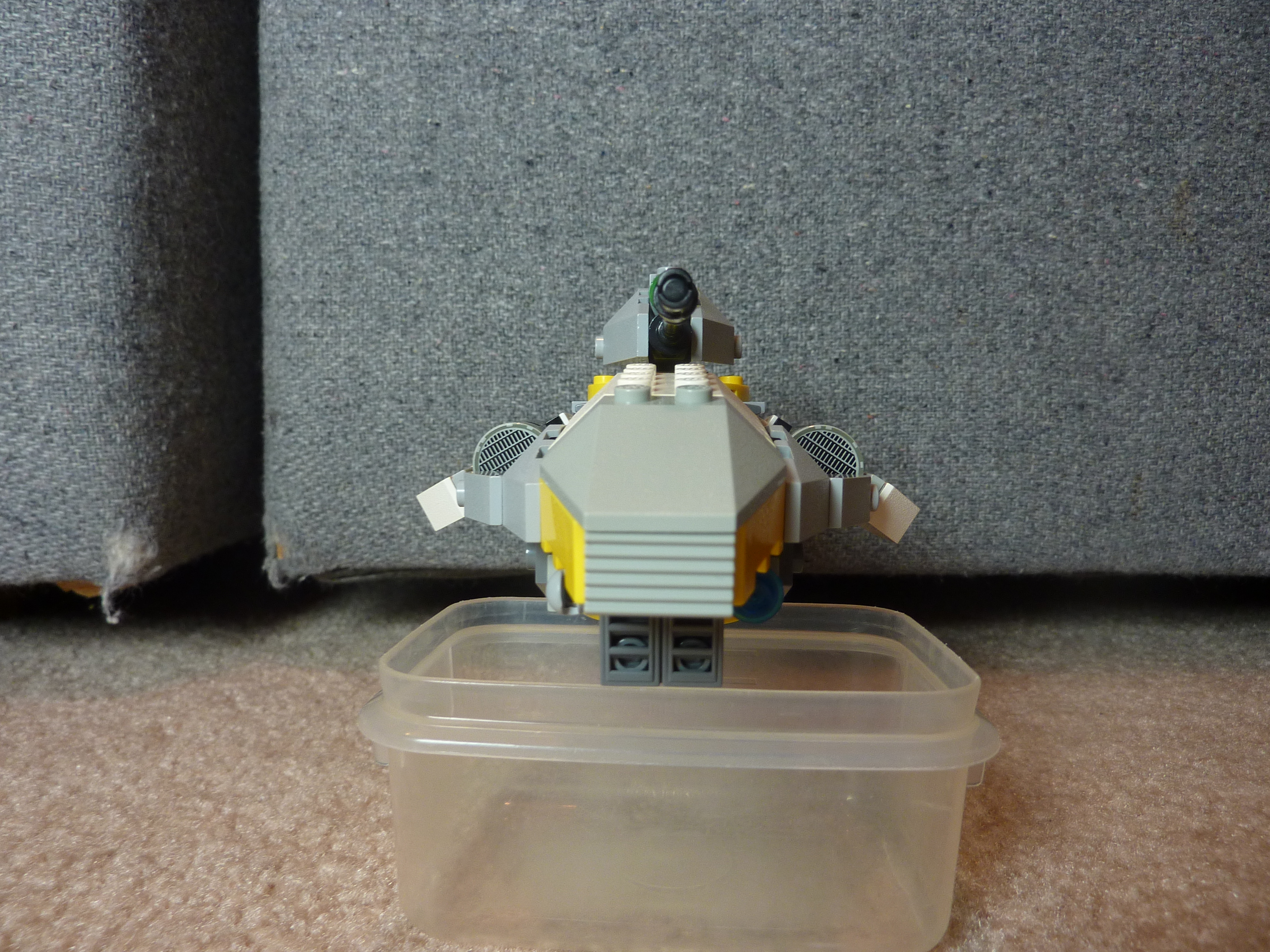 This is my third attempt at an HPH20 entry, and the first I was able to keep anywhere near the 100-brick limit. 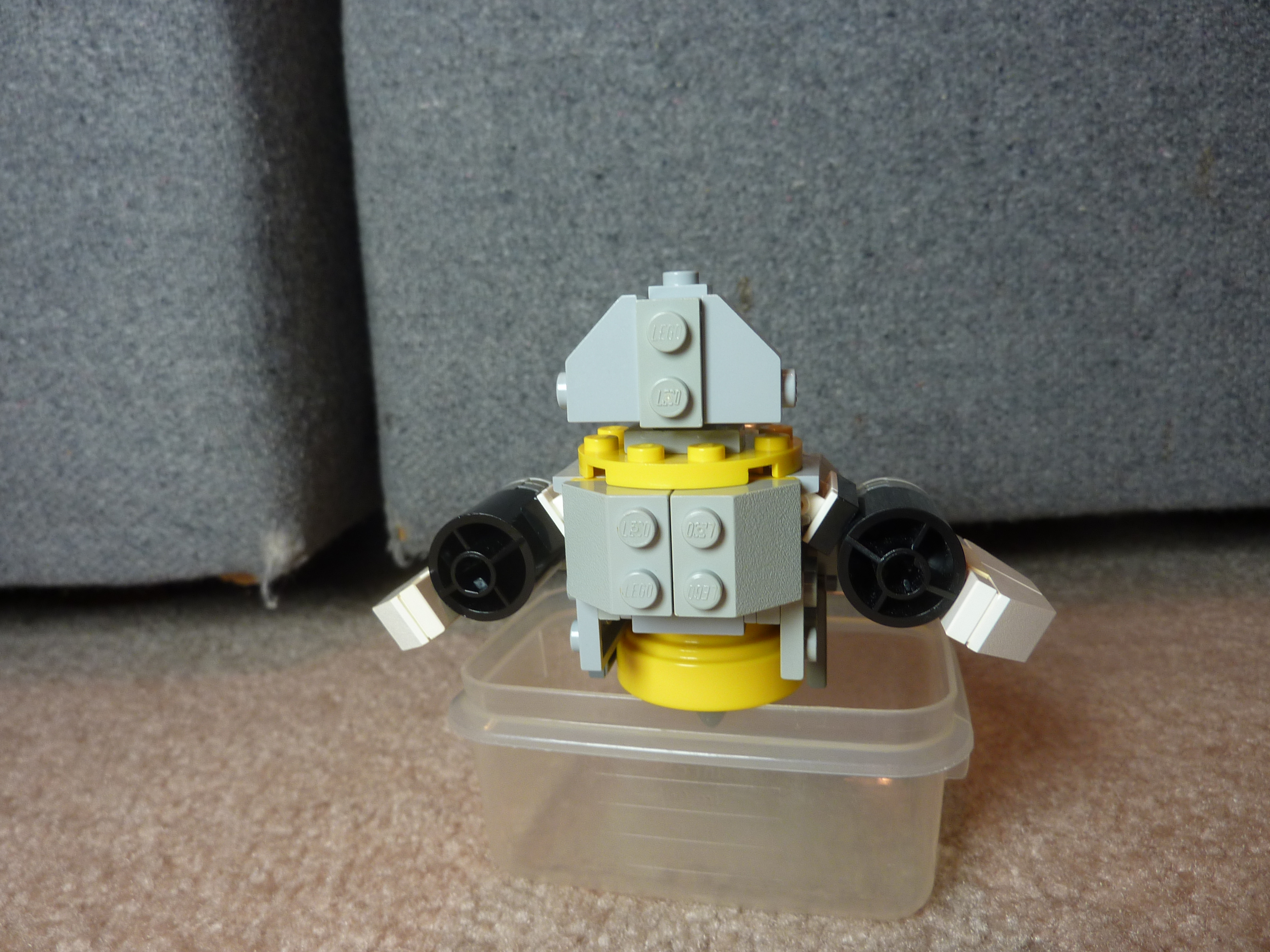 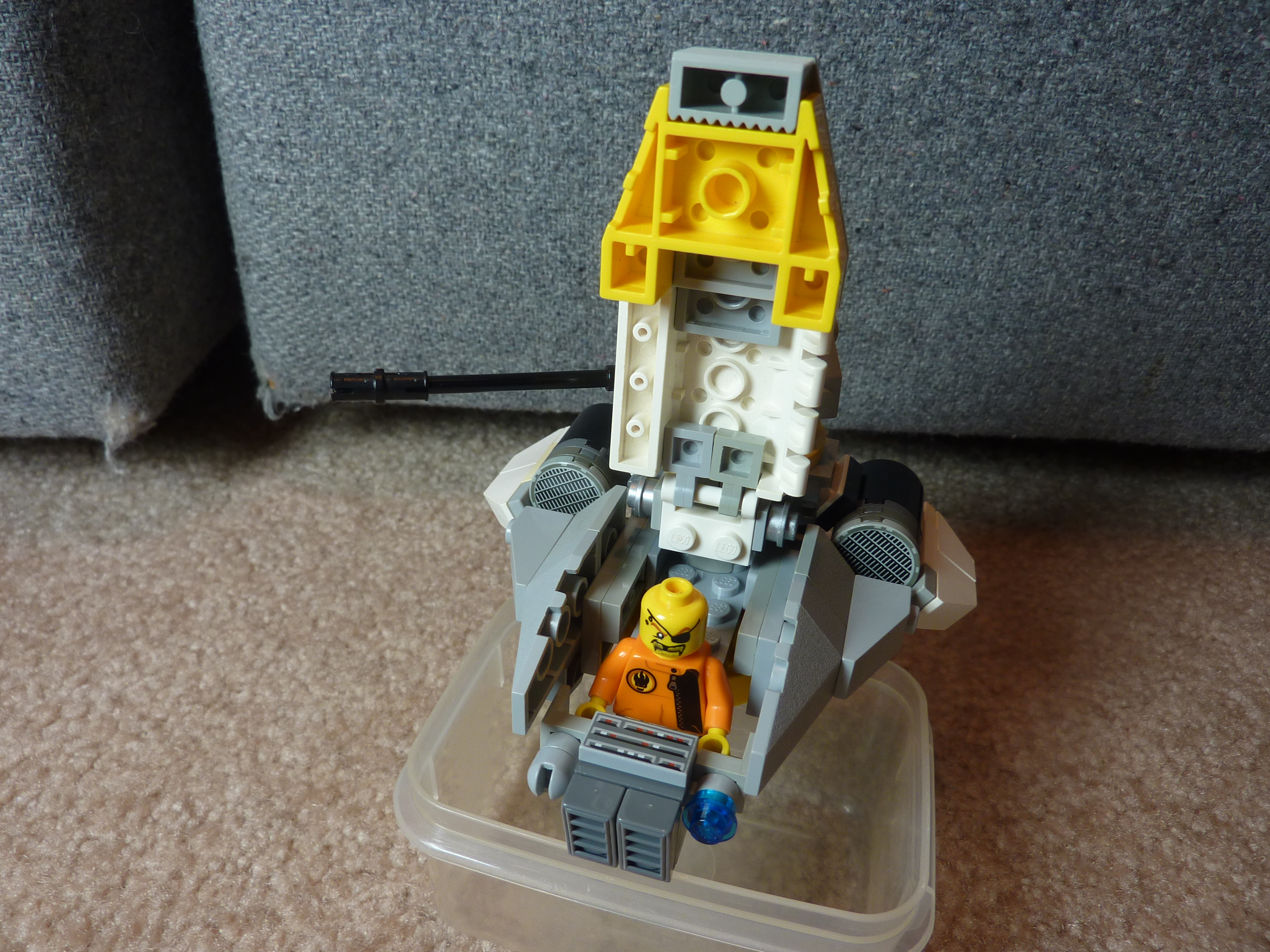 You have no idea how much I went through to fit a pilot into this thing. As you can see the cockpit is not fully enclosed. 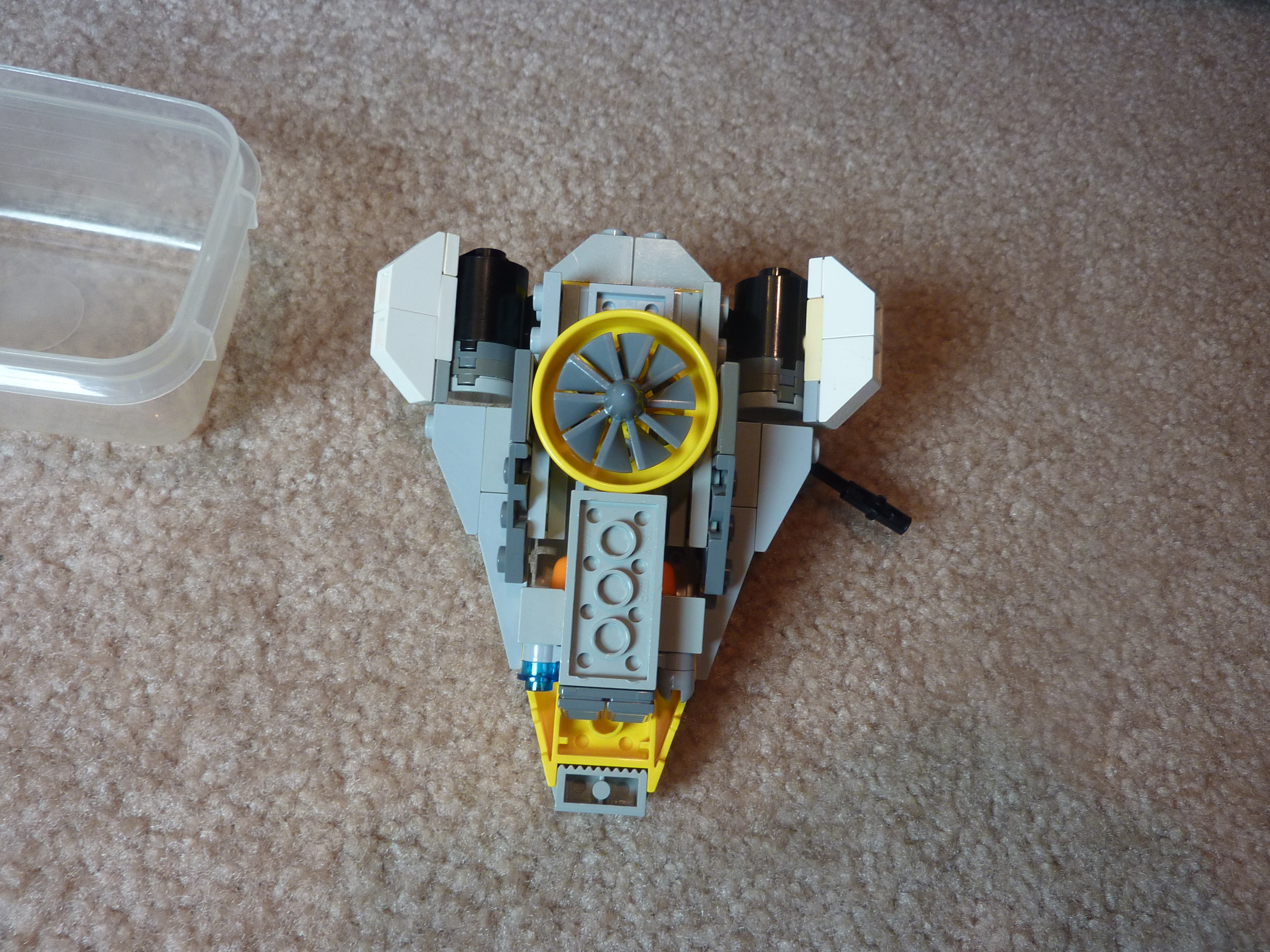 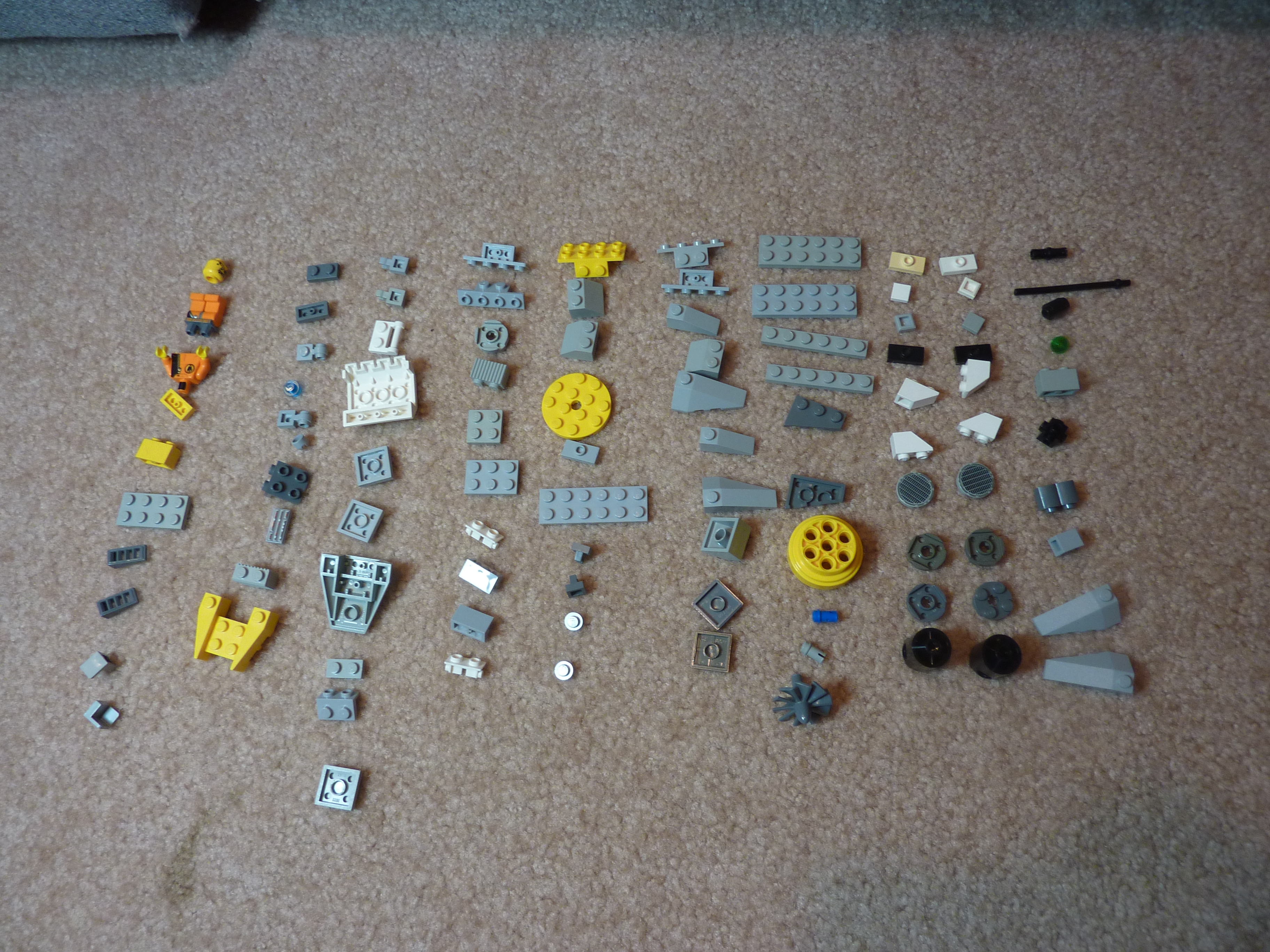 This is a great addition to the TLA arsenal
I make apocalypses and apocalypse accessories.

> Style -- Yaaaaaaay the TLA is still kicking around! Snazzy stuff, I love the under turbine and gun pod up top. NPU with the Tupperware stand lmfao. The exposed feet aren’t ideal tactically speaking but whatever, not gonna fault you after all the time spent making a fig pilot possible at all. 9/10

> Substance -- I really enjoy the shaping on this guy with the tilted nose on the cockpit, although the color blocking is throwing me off just a little, I can’t quite put my finger on why it bothers me though sorry :/ 9/10

> Photography -- The background is a bit cluttered and the lighting isn’t great, but the build is still clear enough. 8/10