"After the looters boys they got some bounties for stealing doughnuts!" Officer Jenkins exclaims, as all of the other officers stand to attention.

The police advance forward to attack the looters.

One state trooper is able to fire with his shotgun, but doesn't do enough damage to kill anyone.

These cops were more successful in running over two of the looters.

The cop in the passenger's seat tried to shoot at the looters, but his obscured line of vision caused him to miss.
Top

The mummies begin to attack those who have desecrated their tomb.

The archaeologist is saved by the steel rim of his top hat. The other mummy misses hitting the kid.

The mummy tries to stab the female archaeologist, but critfails, causing his rotting arm to fall off.

This mummy tries to maul someone, but also critfails, so he just hugs him instead. Some say the mummies' heart grew three sizes that day. However, the mummy didn't feel it because his heart was still in a jar.

This mummy is more successful.

The peach kid gets impaled.

The rest of the mummies move up.

The survivalists set to work to execute their plan.

MacGearver turns the army jeep into a party jeep, complete with a chicken and a pig to eat, beer, lights and an umbrella.

They then crash it through the wall and head towards the beach party.

To the backdrop of some pretty nice maraca beats and some mediocre guitar riffs, the man in the dancing gorilla suit runs forward and grabs someone from the crowd.

He then begins to head towards the tower by the beach.

Psy attempts to go into Gangnam mode and summon Korean girls to dance with him.

Due in no small part to his widespread international fame, this is easy to accomplish.

His timing is horrible however, and a preset pyrotechnic explosion results in the maraca player and two of the girls being blown apart.
Top

darkpaladin wrote:Actually the Egyptians kept the heart in the mummies because they believed that's where the mind was
They took out pretty much everything else though

"Let's move out and kick some ass!" Max Damage says, as the B.A. Team mobilizes.

Tommy Gunn runs towards his sports car, but doesn't quite make it.

Mark Manson goes over to the red sports car and grabs his rifle out from the trunk.

He quickly reassembles his rifle and gets in the car.

Max Damage gets in his van.

A few action shots later, John Woo is on his motorcycle, and the team is basically ready to move out the next turn.

This thug tries to shoot the state trooper, but doesn't do quite enough damage to kill him.

Two looters run off to loot the house.

These two finish off the state trooper and the bush behind him.

The other cop survives being shot.

This looter tried to smash the windshield. He critfailed though and the bar rebounded and hit him instead. He's fine, just disrupted.

Two thugs hop on the back of the car.

The car then runs over a state trooper.

Machine gun fire kills the last state trooper, destroys the windshield of the cop car and almost kills the driver.

Combined fire from the minigun finishes him off.

Noticing the distinct lack of a drummer, the chick with dreads seeks to remedy the problem.

She grabs a glow wand from another concert goer.

She then heads towards the food table.

She flips over the pots and begins to bang on them, creating a neon-fuelled drum rave. The crowd loves it!

This angers the chef however, and he decides that the only way to settle this is through a drum battle. He grabs two drumsticks from the remaining pot and begins to make some dope beats.

His drumming is so epic that he transforms into Tommy Alfredo, drummer-chef extraordinaire.

The news reporter reports on the developing story: "Jim, I'm here at the 2012 End of the World Party with Psy and the Dos Briquis guy. Two members of the audience have just started an impromptu drum battle, and I've got to tell you, it's absolutely epic! The crowd is going wild! This has to be the most important thing going on right now!"

People gather to drink dos briquis, while the Most Interesting Man in the World tells them of his legendary exploits.

They also jam out to the concert, now with drums!

The race car drivers get in the car.

They then fuel the party atmosphere by doing a donut in the car and honking the horn. The crowd goes nuts!

The surfers and lifeguard decide the best thing to do right now is to gracefully run in slow motion across the beach to show off how their... hair moves. They stop in the courtyard of the dojo.

the fisherman tries to fling the giant fish towards the mummies. He just doesn't quite have the strength though.

One of the other civilians and the sailor hop in the boat.

deciding that it's useless where it is, and fuelled by the urge to party, they drive it onto the beach, running over a mummy in the process. The giant fish also loses 2 out of 3 hit points from smashing into the lifeguard stand. The sailor tries to get a better look at the scantily clad lifeguard and surfers.

The female archaeologist stabs the mummy with his own spear.

She then stares down the rest of the mummies, just daring them to fuck with her.

The other female archaeologist and the kids climb into the tree and cry out for help.

Their calls are answered by... Major Patriotism. He is allied with the civilians, and must try to protect them. He is open to play.

The archaeologist channels his inner oddjob, and throws his hat. It just bounces off the mummy though.

I still need orders for the Azteks.
Top

You can have him. For everyone else interested in playing, there are at least six more secret factions.
Top

Great! I was expecting the chef to be Master Chef.
Kill the Peach, Burn the Heretic, Purge the Nega!

Well, I'm still interested, but I admit my computer time is limited. If others beat me to the secret factions, so be it, I will enjoy watching the chaos that will ensue.

What did you say? Secret factions? Yes please!
Brickwars: the only tabletop wargame that allows the units to have sexual intercourse with each other, produce offspring, and then use said offspring as Size 1 Explosives.
Top

you can still play a secret faction if you want. One of them will be open after I finish posting the end of the turn.
Top

so you're saying that basically we will be fighting for secret factions? how appropriate.
Kill the Peach, Burn the Heretic, Purge the Nega! 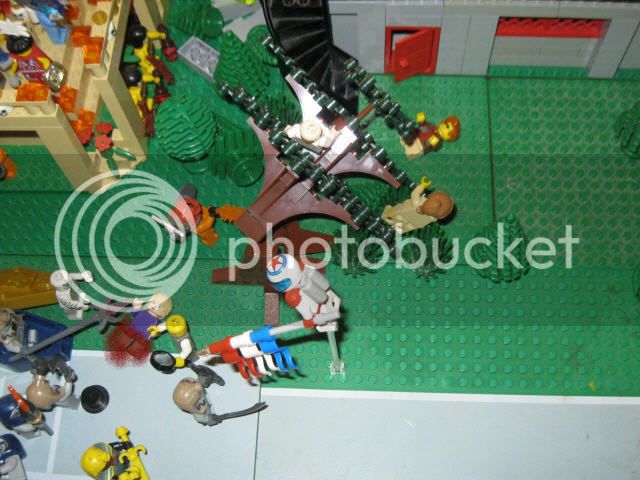 A jaguar warrior cuts down the tree. Falling damage kills the kid at the top.

A hunter is unsuccessful in attempting to knock out the survivalist.

These hunters are also unsuccessful in attempting to take sacrificial captives. The surfer is able to counter and hit one with his surf board, but doesn't do enough damage to do anything.

The warrior elite finishes off the wounded fish.

The jaguar warrior and the high priest decide to steal the gold chest from the exhibit. 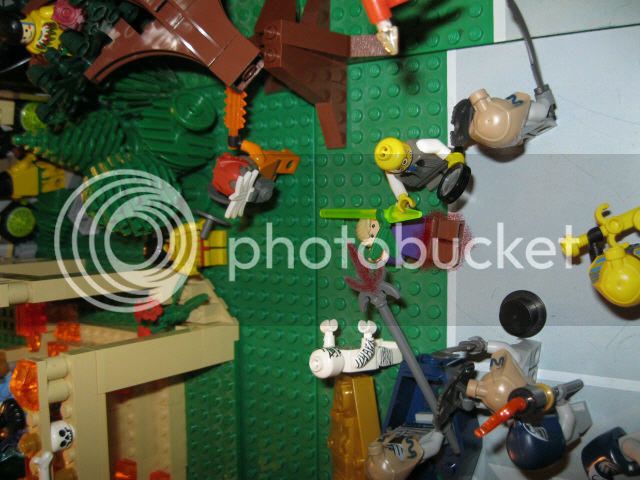 One warrior throws his spear at the archaeologist, but he survives. 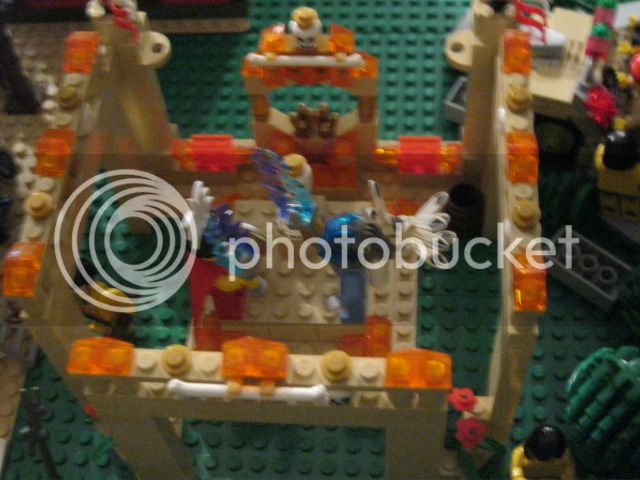 Briktezuma attempts to throw the crystal two-hander like a spear at the antenna tower, but his throw falls short.

The eagle warrior carves up the fisherman.

As the world begins its descent into chaos, the sound of jet engines is heard, as well as the sound of sleigh bells...

Faction Unlocked: Manly Fucking Santa
Santa has arrived along with some elves. He's open to play, although Brikboyz, Scribonius, Unlimited Overkill, DeltaV and Theblackdog get dibs in that order.

I take that dibs!
Kill the Peach, Burn the Heretic, Purge the Nega!