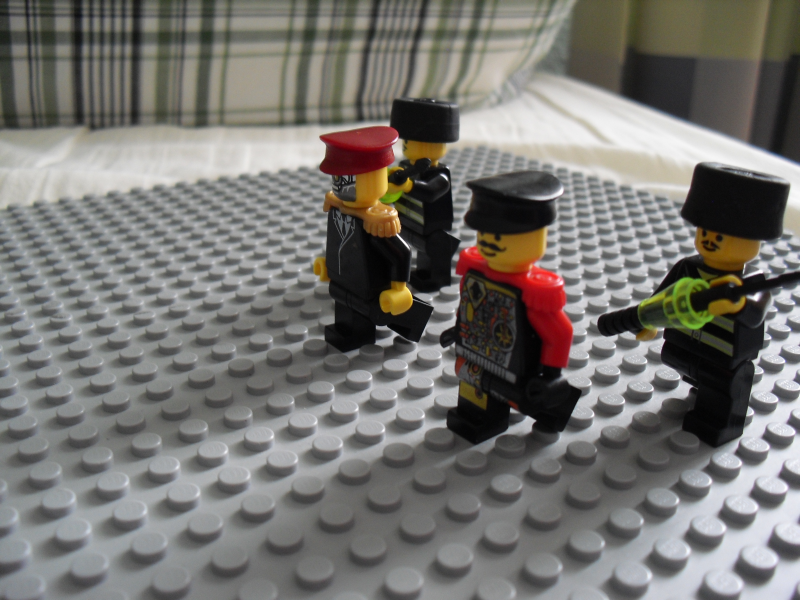 Robo-Stalin: "You had several months to finish the project. Do we finally have some results?"
General Volkov: "Yes, we have finally managed to produce a handful." 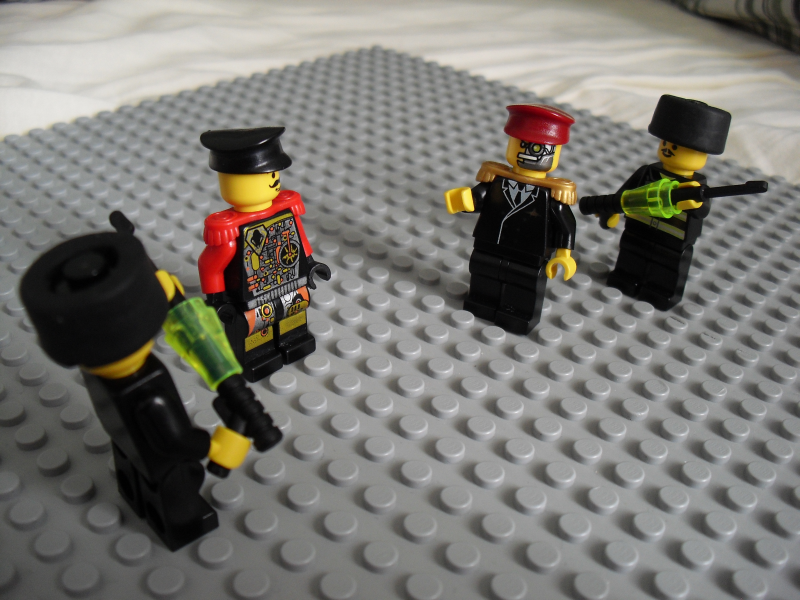 Robo-Stalin: "For you, I hope this one will actually help us in our current efforts."
General Volkov: "Don't worry." 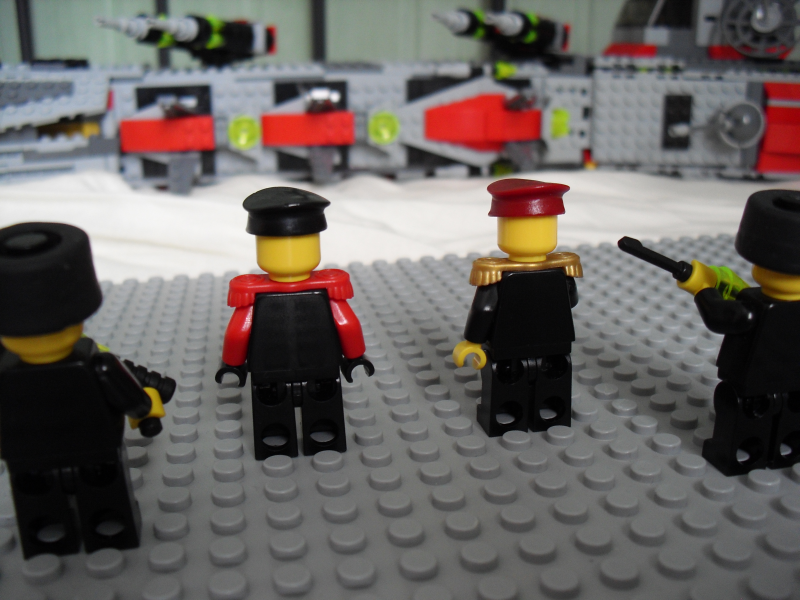 General Volkov: "Because now, I'm about to show you the pinnacle of Soviet engineering." 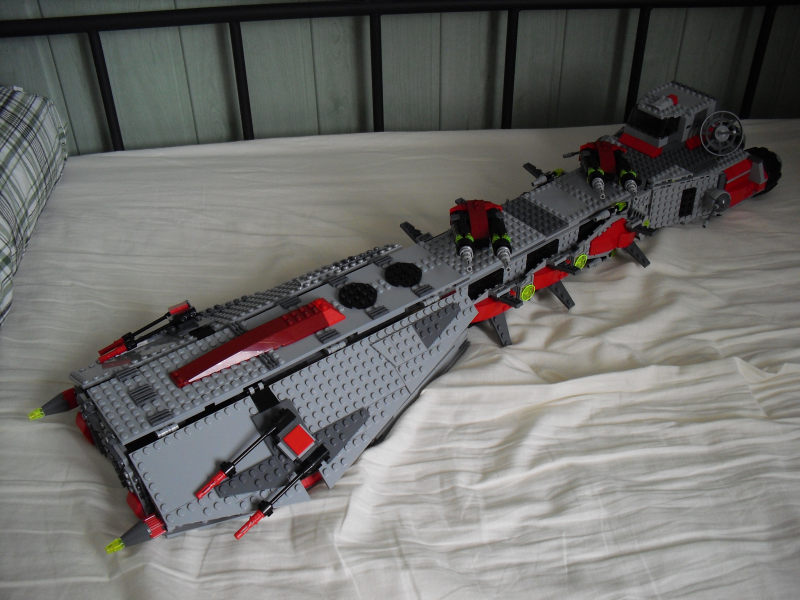 With a dozen of laser cannons and half a dozen of drones attached on it's side, the Revolyutsiya Drone Carrier is a solid support aircraft and a great new addition to the Soviet arsenal. While it is capable of defending itself against most bigger spacecraft, it's drones can harass surrounding starfighters or do massive damage towards ground targets. 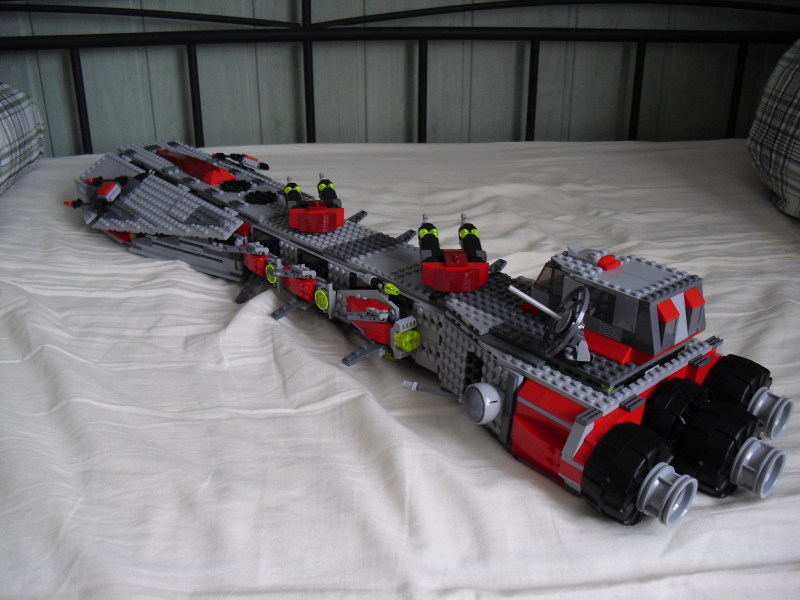 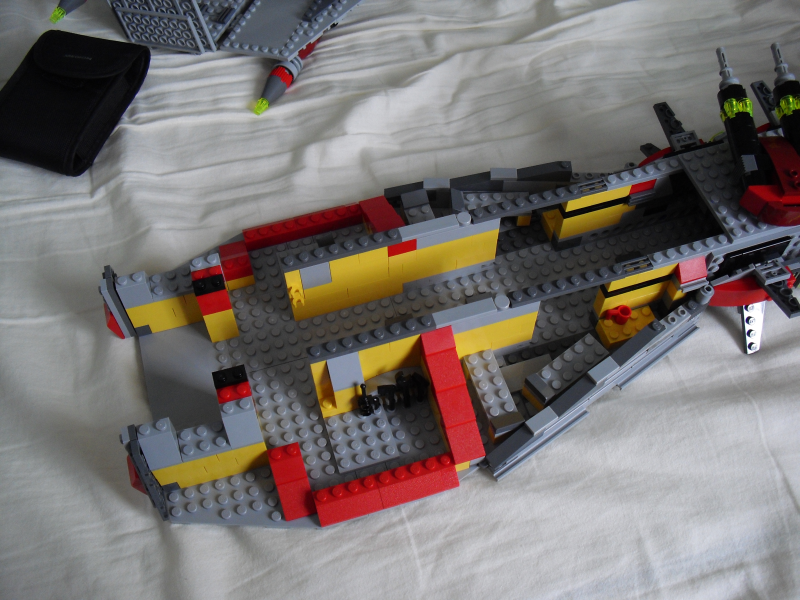 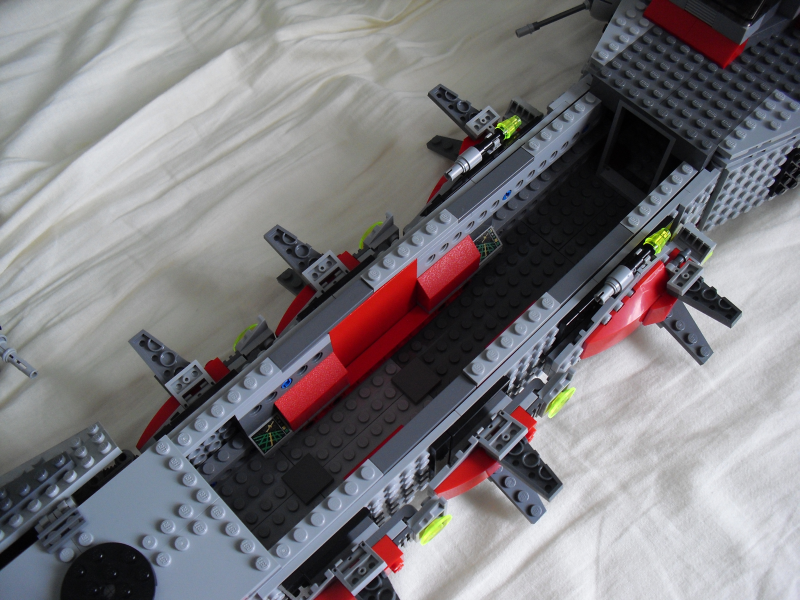 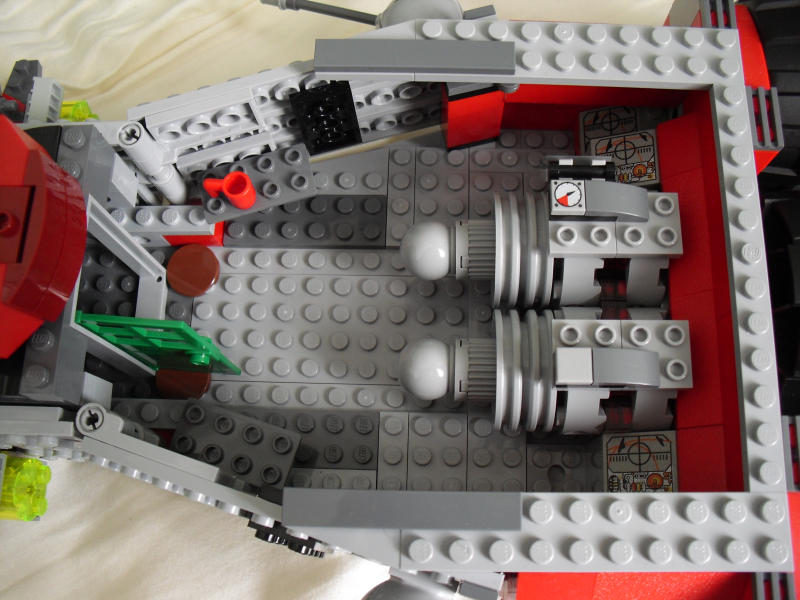 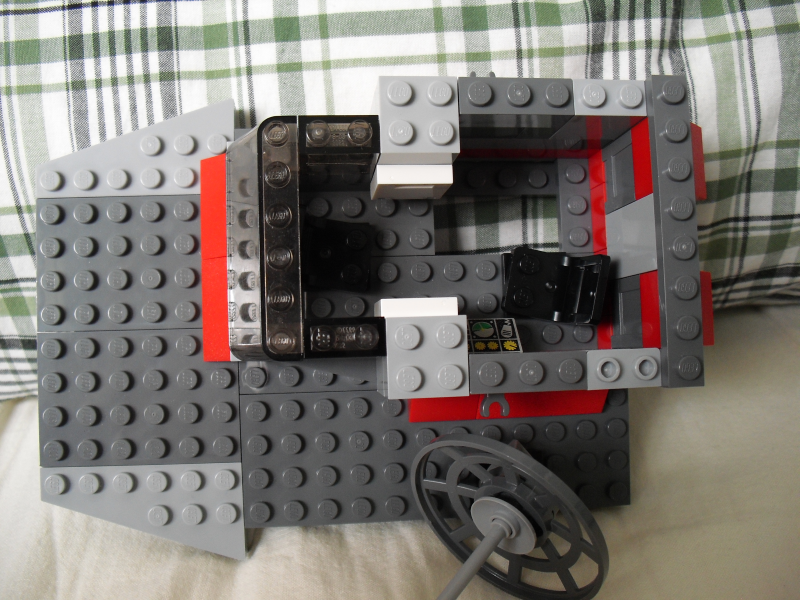 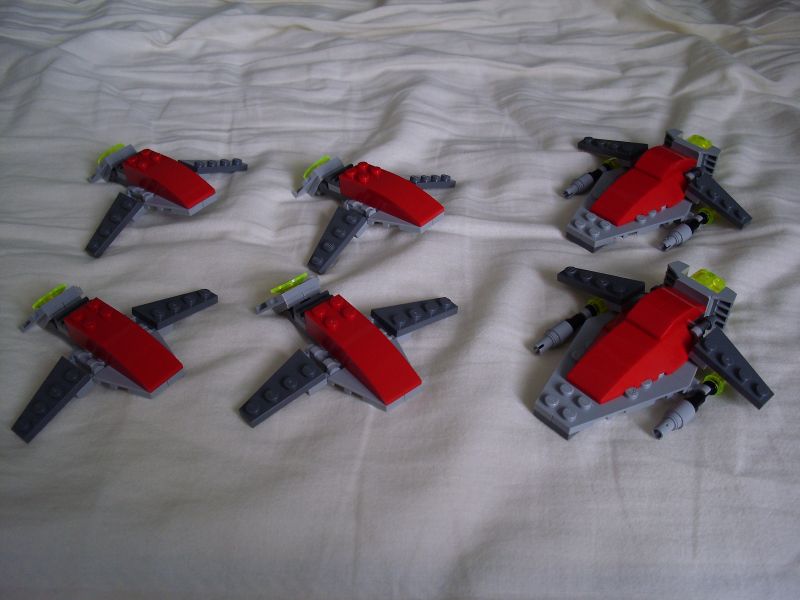 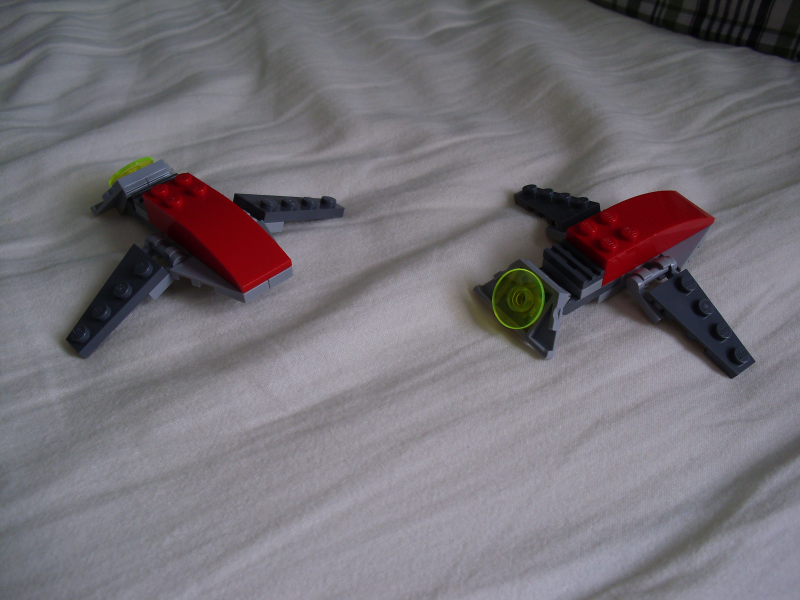 Zvezda Drones are equipped with a MKIII explosive payload, that goes off once said drone attaches itself on a given target. Being controlled by fig brains built inside it's hull, these drones can operate without being in close range to it's carrier ship. 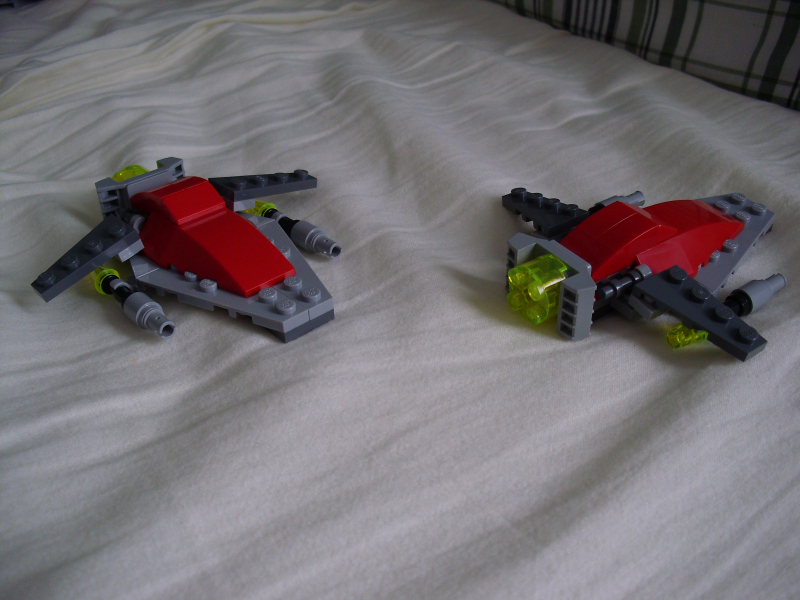 Tsirkul Interceptor Drones are armed with two laser guns for hunting down incoming starfighters, that try to attack the carrier and find a possible weak spot. These are also piloted by built-in fig brains, giving them the advantage of advanced operational range. 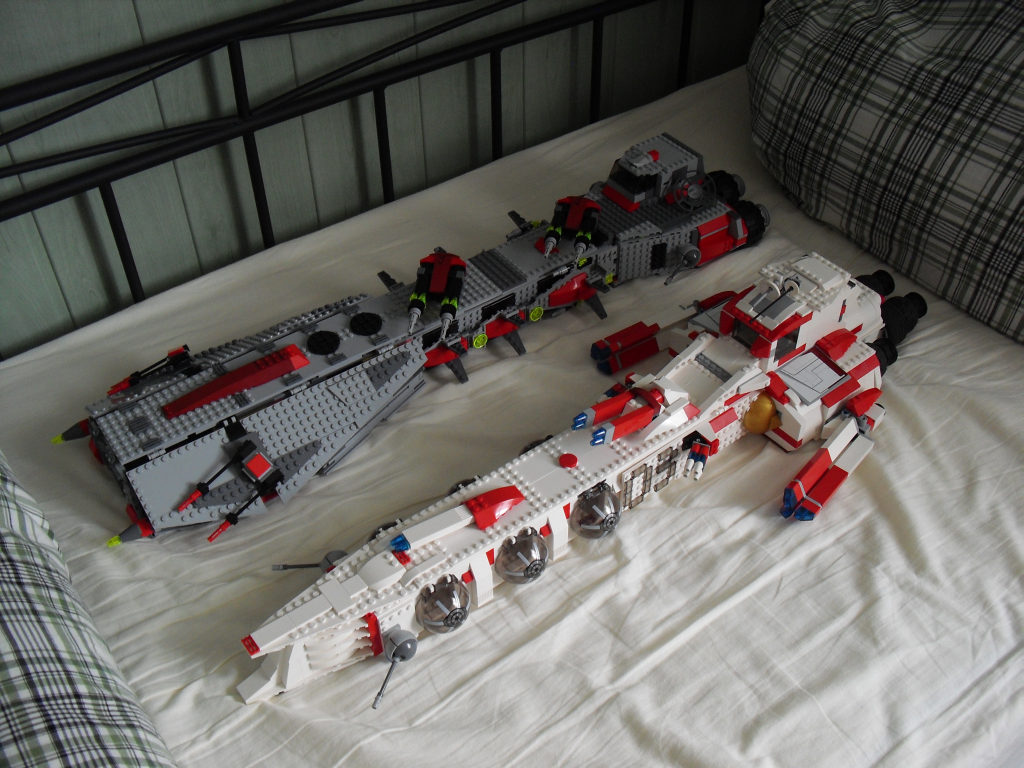 I must say that that ship design is just sexy! Just in my opinion having a few size 3 bombs isn't really that much firepower when you could have countless size 3 missiles instead but that might just be me. Anyway well done!

I love the shape of the front! and the bridge looks a little boxy. maybe of you recessed it into the hull so that only the windshield is sticking out? Other than that, Sexy as fuck.

Steel_Valkyrie wrote:I love the shape of the front! and the bridge looks a little boxy. maybe of you recessed it into the hull so that only the windshield is sticking out? Other than that, Sexy as fuck.

I think the boxy look works well for the Soviets. Gives the feel of function over form

Style 10
Substance 8
Photography 7
The only unflawed system is Lego System.