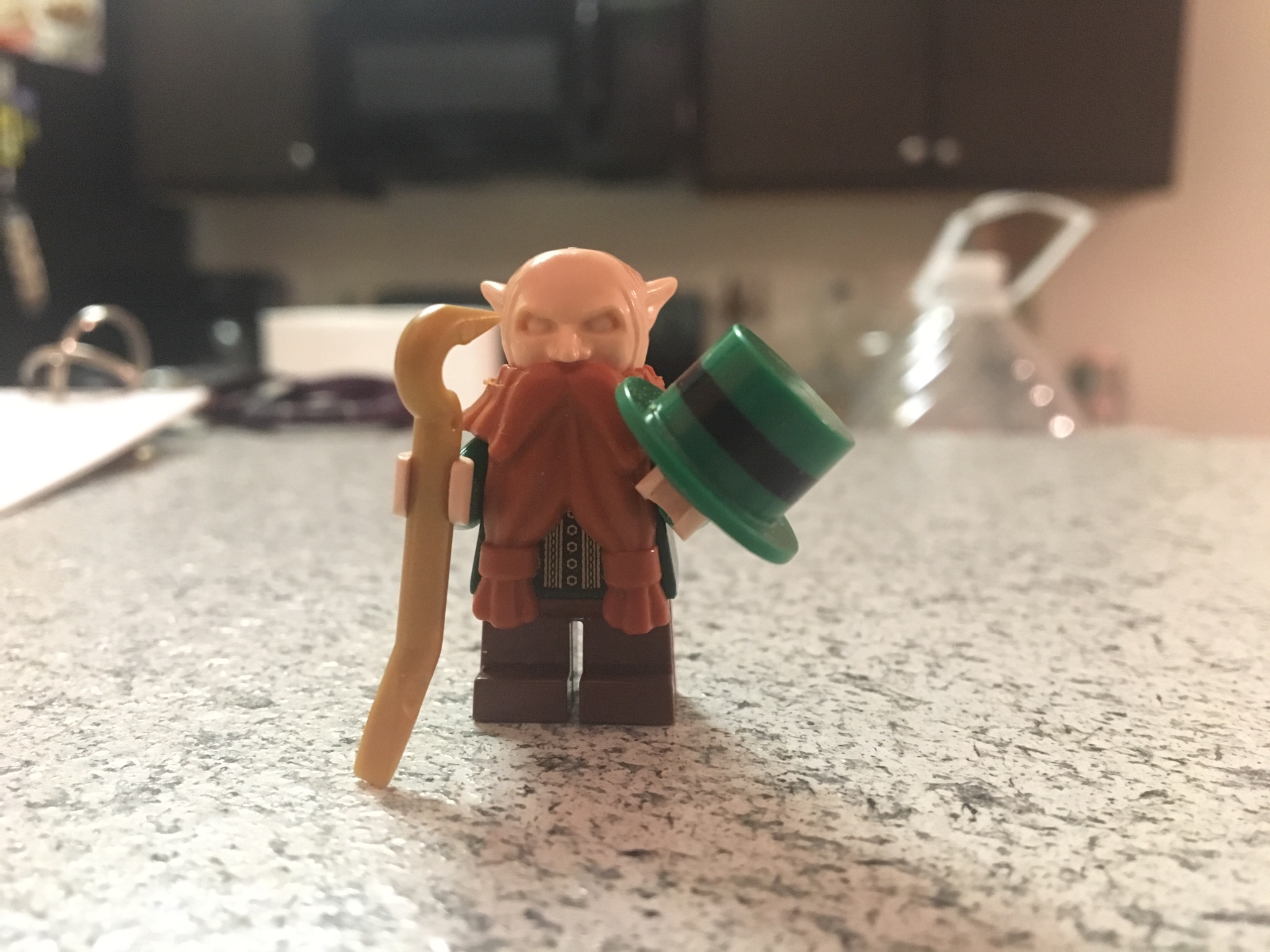 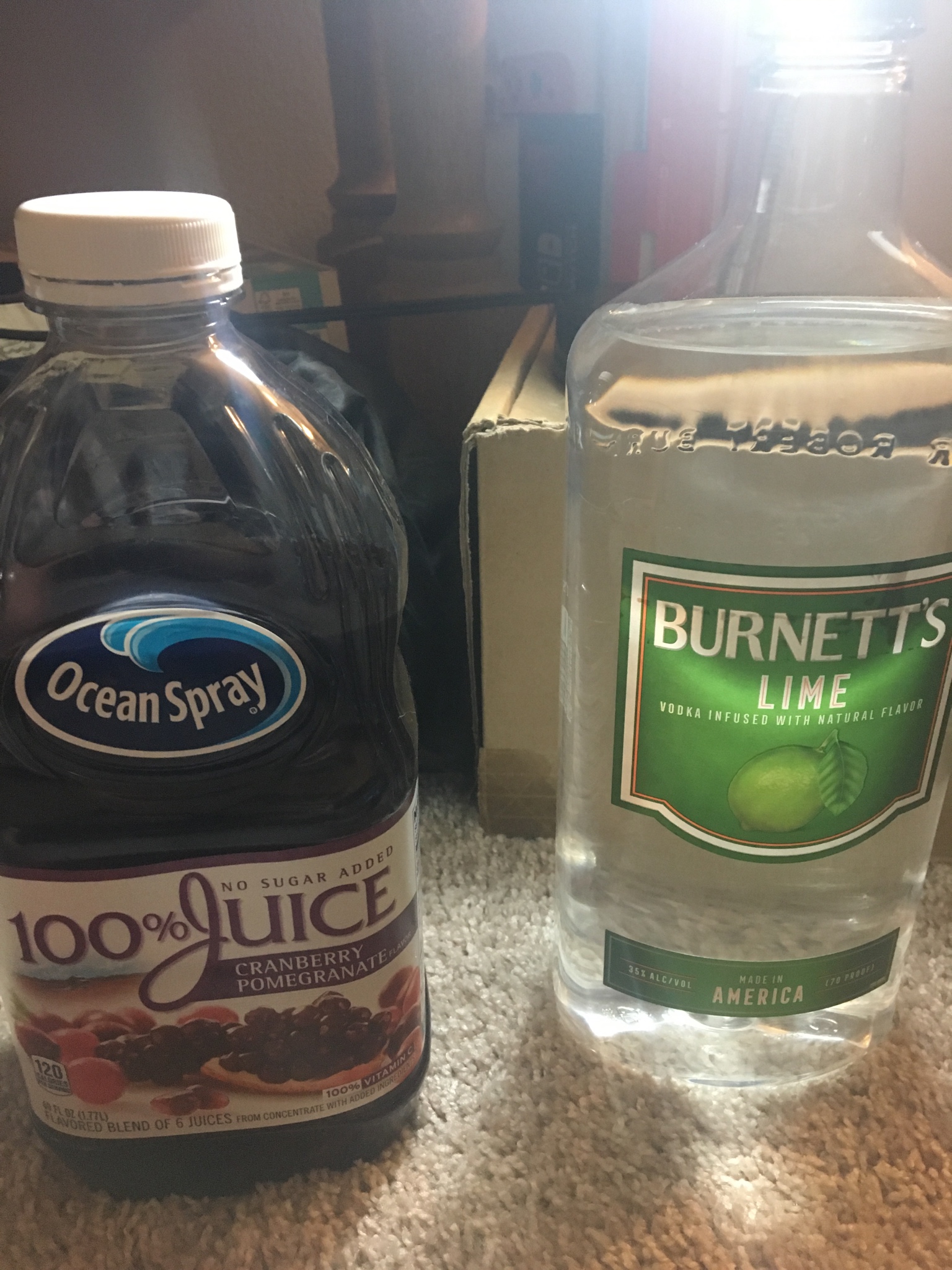 The drink of choice today is lime vodka and cranberry juice, a concoction guaranteed to fully and totally fuck me up beyond the ability to be a functional life form. Also for an extra oomph while waiting for everything to kick in, I downed a couple peach shooters, and had myself a few happy little trees as well, since it’s green, legal now, and I wanted to make my brain extra crispy deep fried for this.

So! Now that the consumption of all the required soporifics has been taken care of, it’s time to kick off this build!

(Full disclosure I wanted to do this in one sitting, but I actually got so wasted that I passed out on top of my half finished build, so I ended up going back to it a few days later and drinking some more, albeit a little less of it and minus the shooters.) 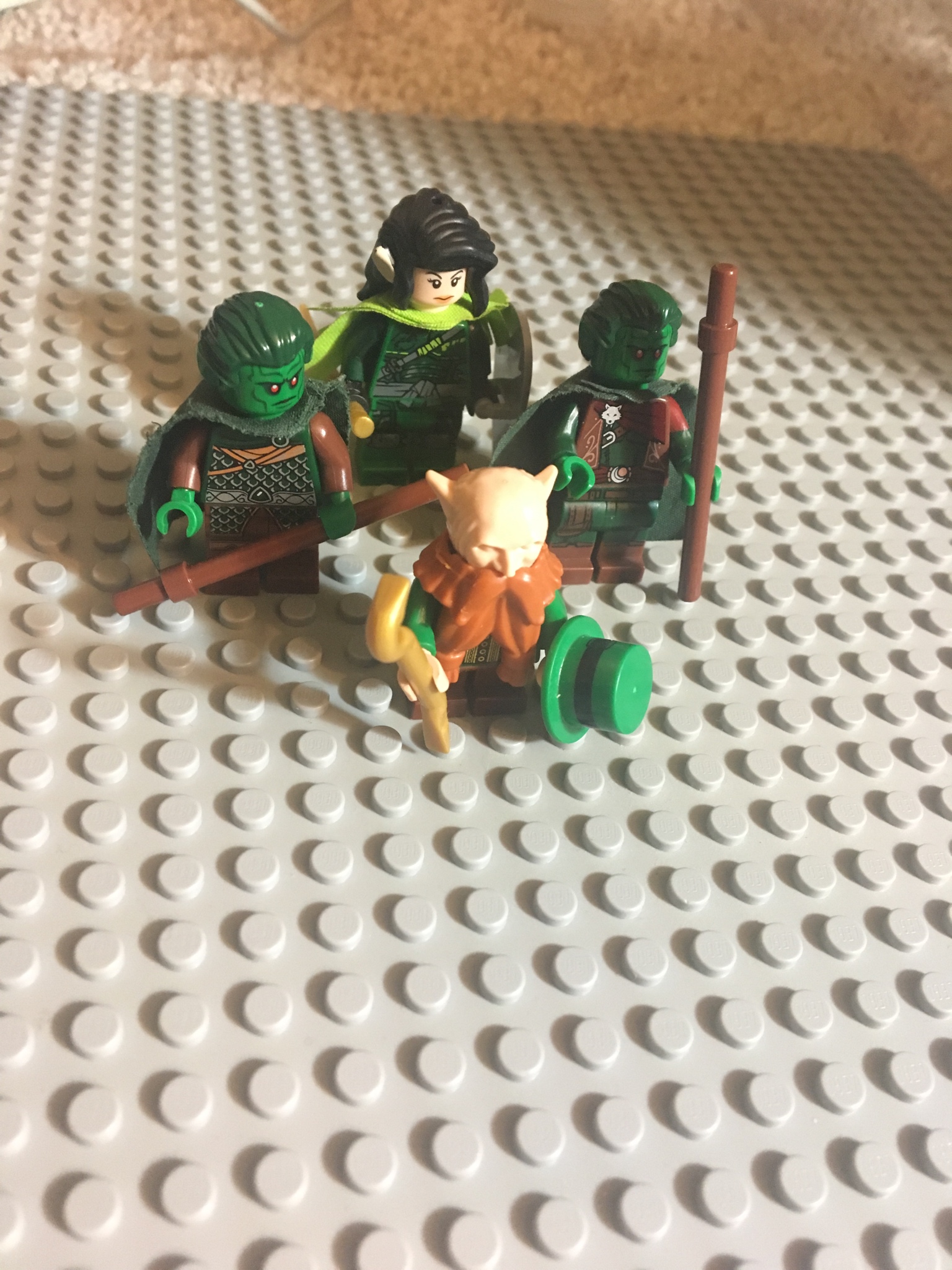 After a long night of drinking and revelry with the other Fey nobles, Mad Sweeny is escorted home by a contingent of Summer Fey soldiers. Everything is far to bright and too loud for our sloshed, short-statured sir! But what’s this? In his inebriated stupor, the leprechaun sees something blurry and green moving towards them! Could it be a new friend come to join in on the faux-Irish festivities? 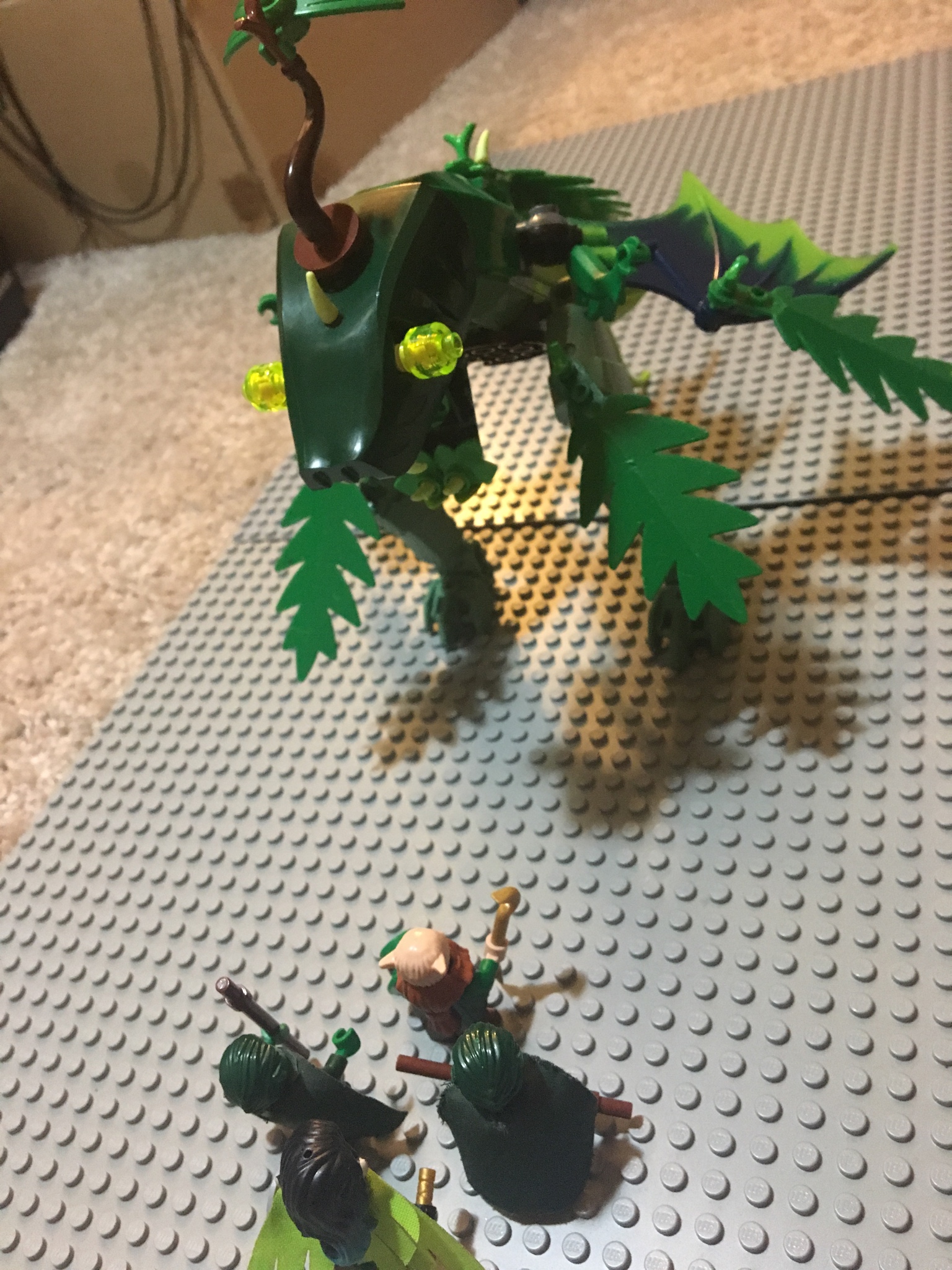 But no! It is not a new friend! It is the Baleful Bog Beast of Brackishire! It has crawled its way all the way from its swampy home deep in the Wyrdwood to feast on unsuspecting children and spread more tales of its feared name! 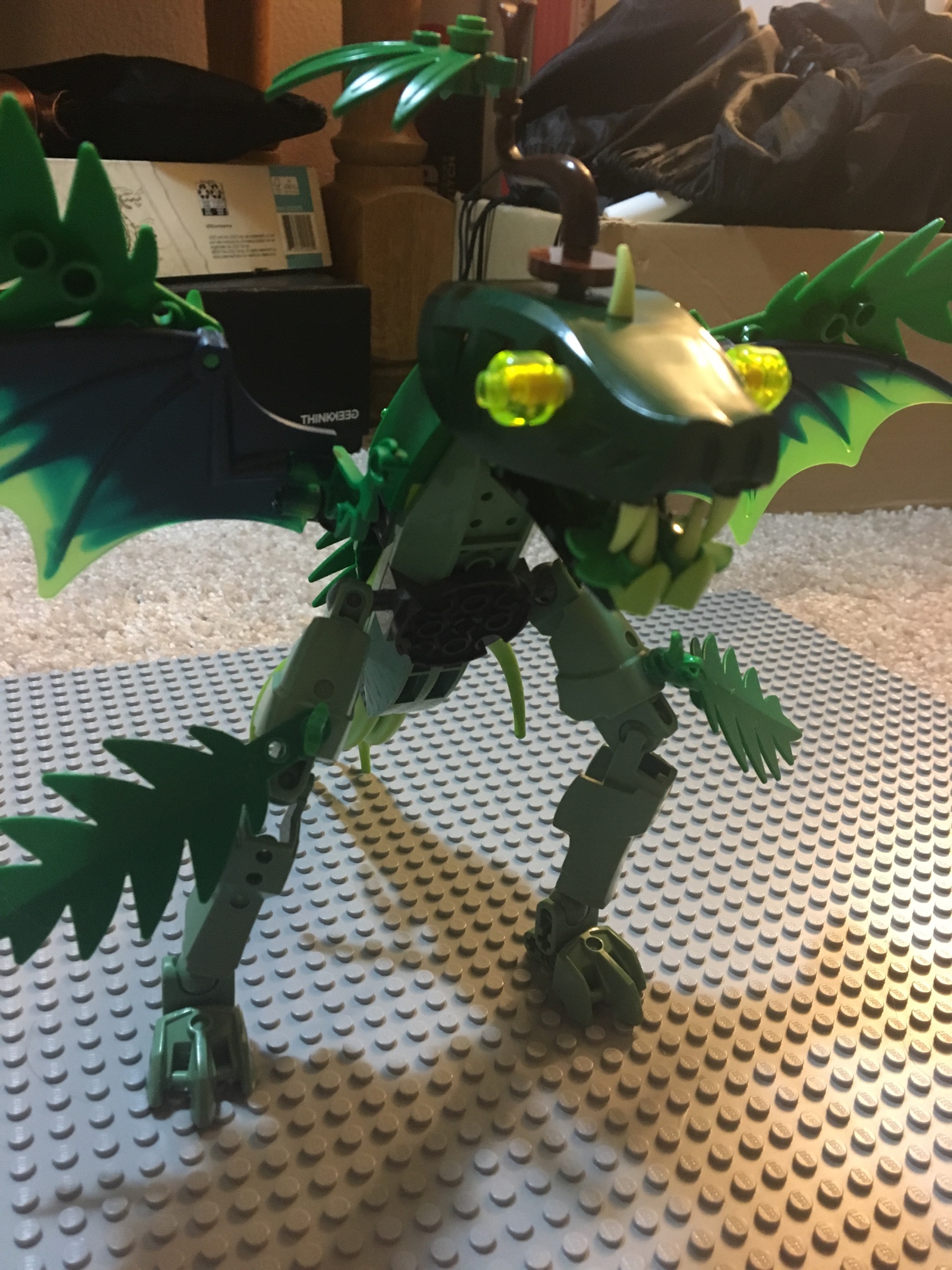 What’s that you say? You’ve never heard of such a thing before now? What nonsense, everyone knows the stories of the Baleful Bog Beast of Brackishire! You would have to have lived under a rock to have not heard tales of this fearsom denizen of the wood. What’s that? You did live under a rock? Well then, let me tell you the tale. 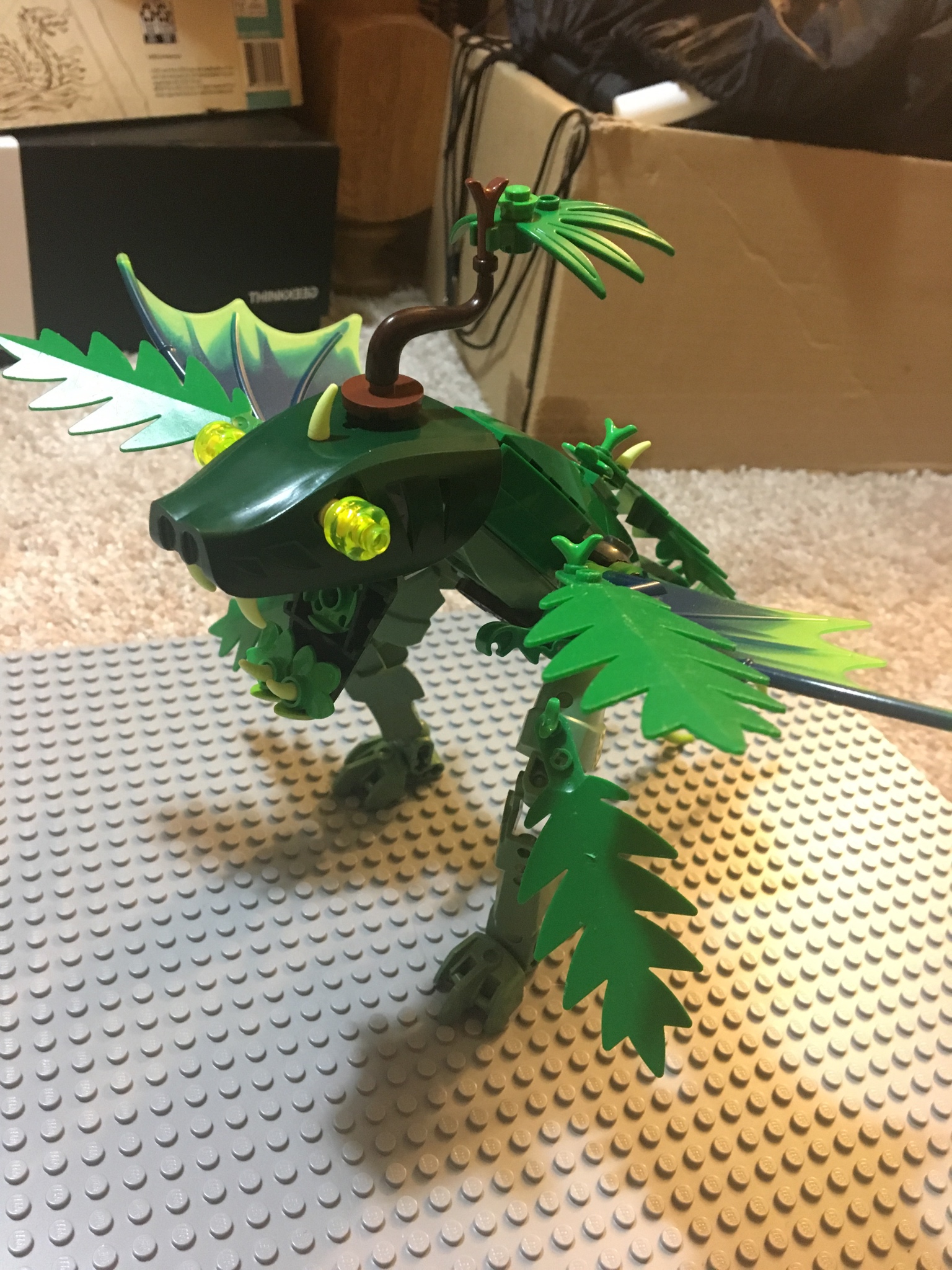 Legend tells that the Bog Beast was created by a group of delinquent young Teldavian mages that traveled one night to the swamp of Brackishire to drink, consume magical drugs, and generally engage in immature tomfoolery. In their addled state, one thought it would be funny to feed stuff to a patch of flesh-eating moss they found on the banks of a briny pool, including a bunch of leaves, a pint of moonshine, a live lizard, and the rest of their stash of Dreem Weed. It was only when they began taking potshots at the moss with magic missiles that they realized their mistake, as the patch spontaneously mutated into a magical half-plant, half-animal monstrosity hungry for the meat of stupid young people. The Bog Beast promptly gobbled up the delirious mages and all the rest of their moonshine, then waddled out into the swamp to stalk the area for more prey, and has plagued the area ever since. 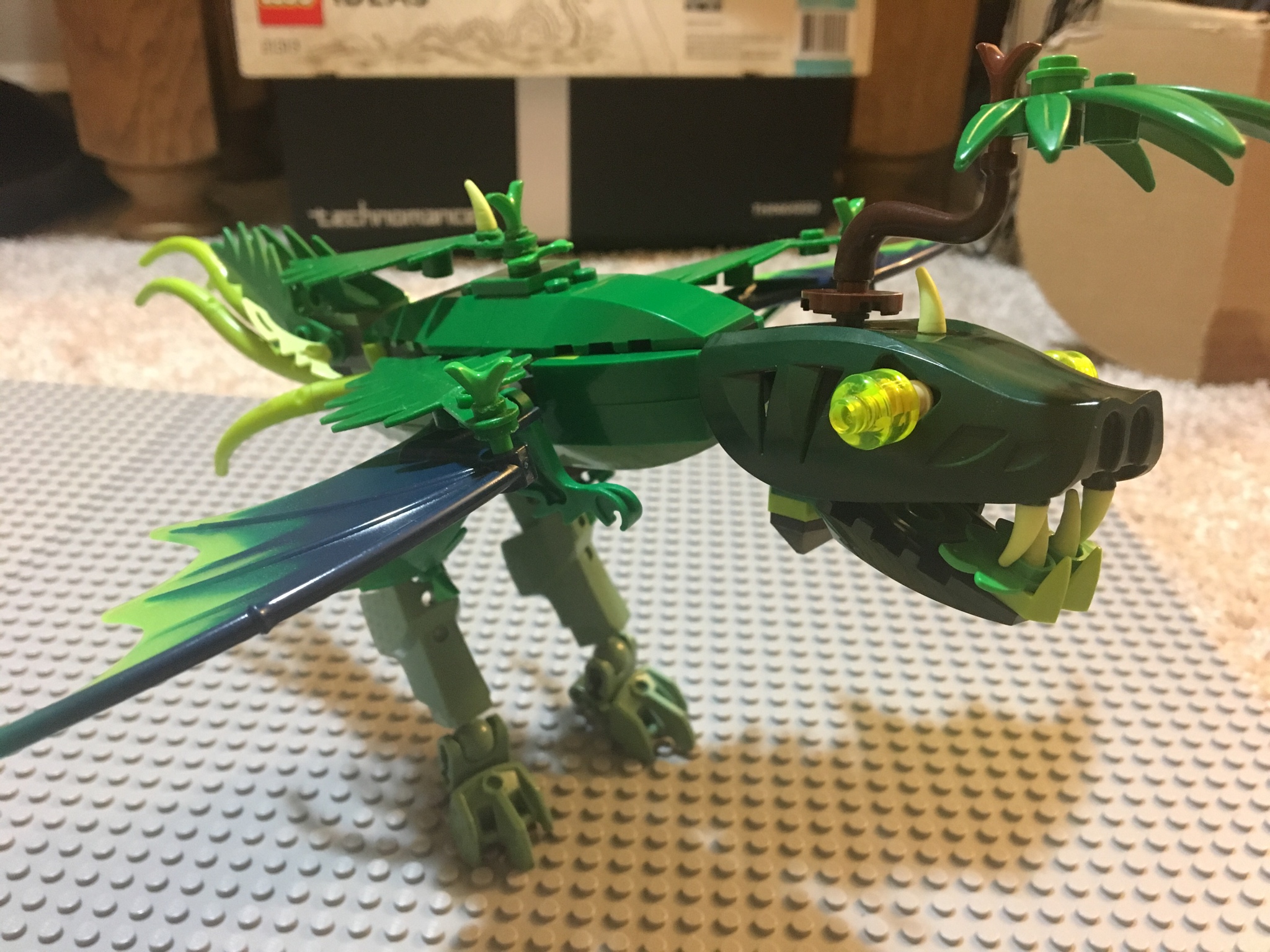 The creature has the unique ability to cover an entire area with a fog cloud of psychoactive mist, which causes an altered mental state in its victims and makes them easier to hunt down. It appears to prefer the taste of inebriated or otherwise mentally dulled creatures to that of normal prey. 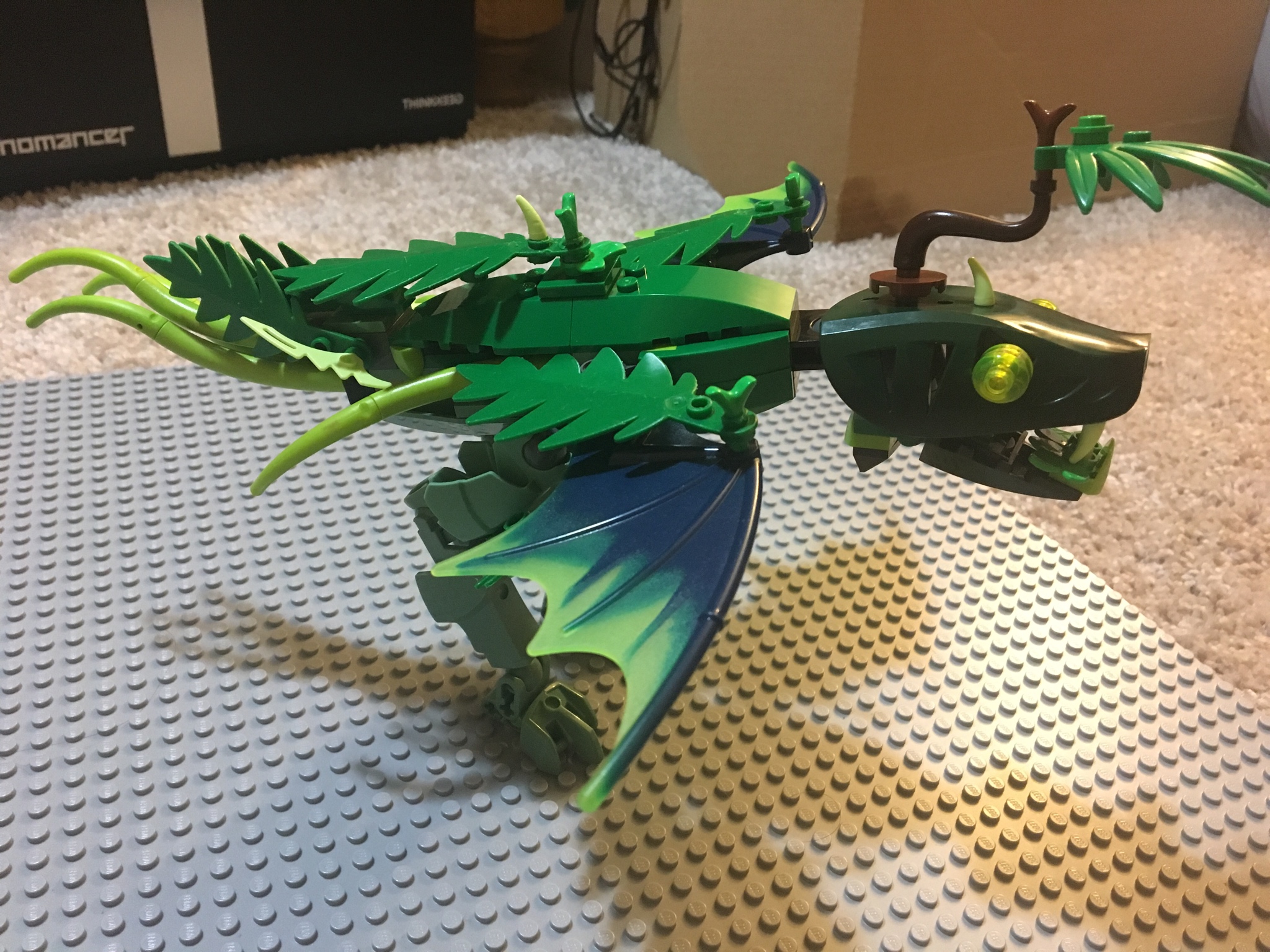 Some additional shots of the Bog Beast. Here’s a better angle of the thing in “Hunt” mode, which I think looks more theropod-esque and cool than its usual dumb looking long legs/short arms stance. 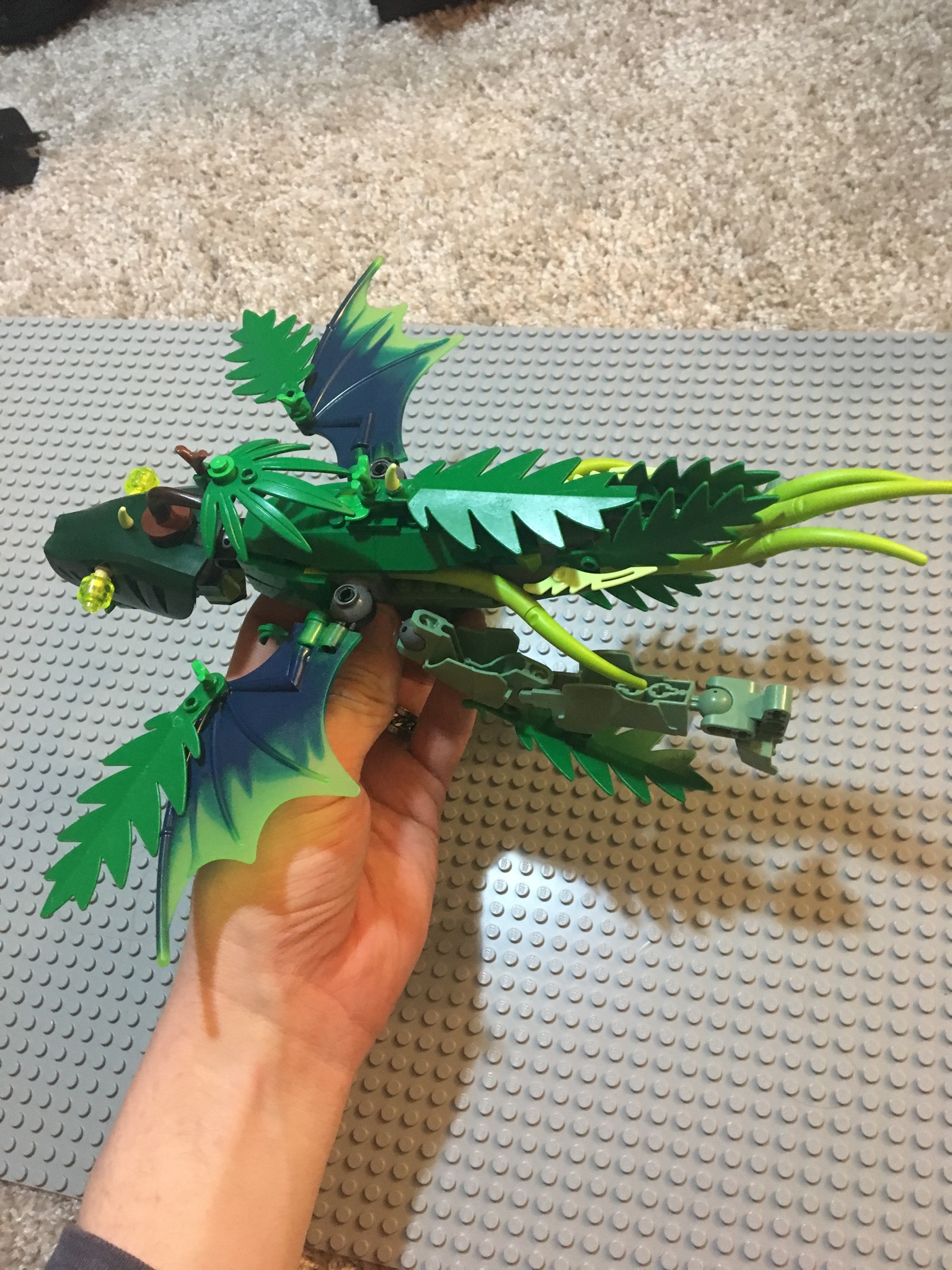 Here’s one of it in “Glide” mode, with its wings and the giant weed leaf sticking out of its head a little bit more visible. 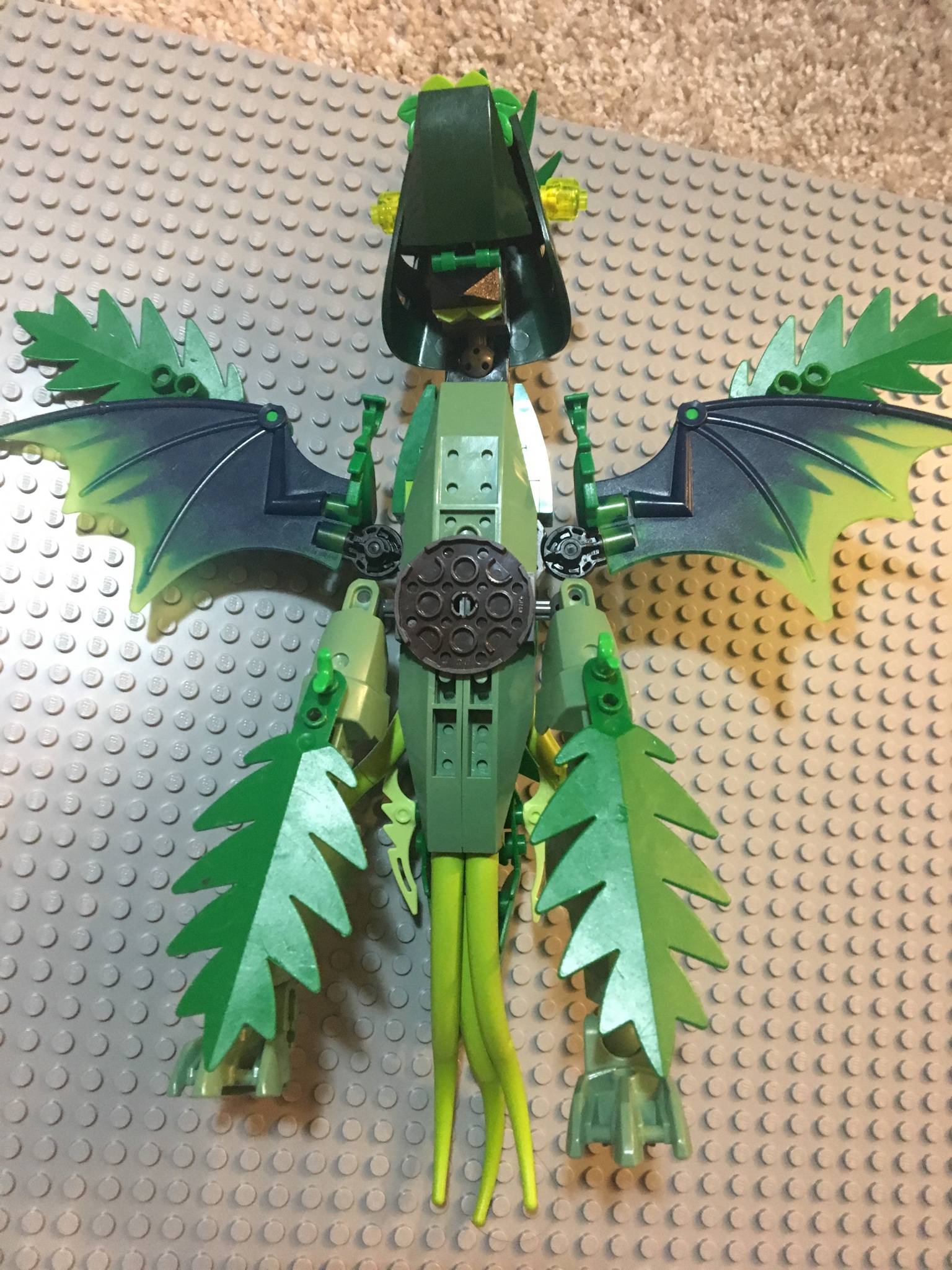 A better look at the underbelly and multiple tails. 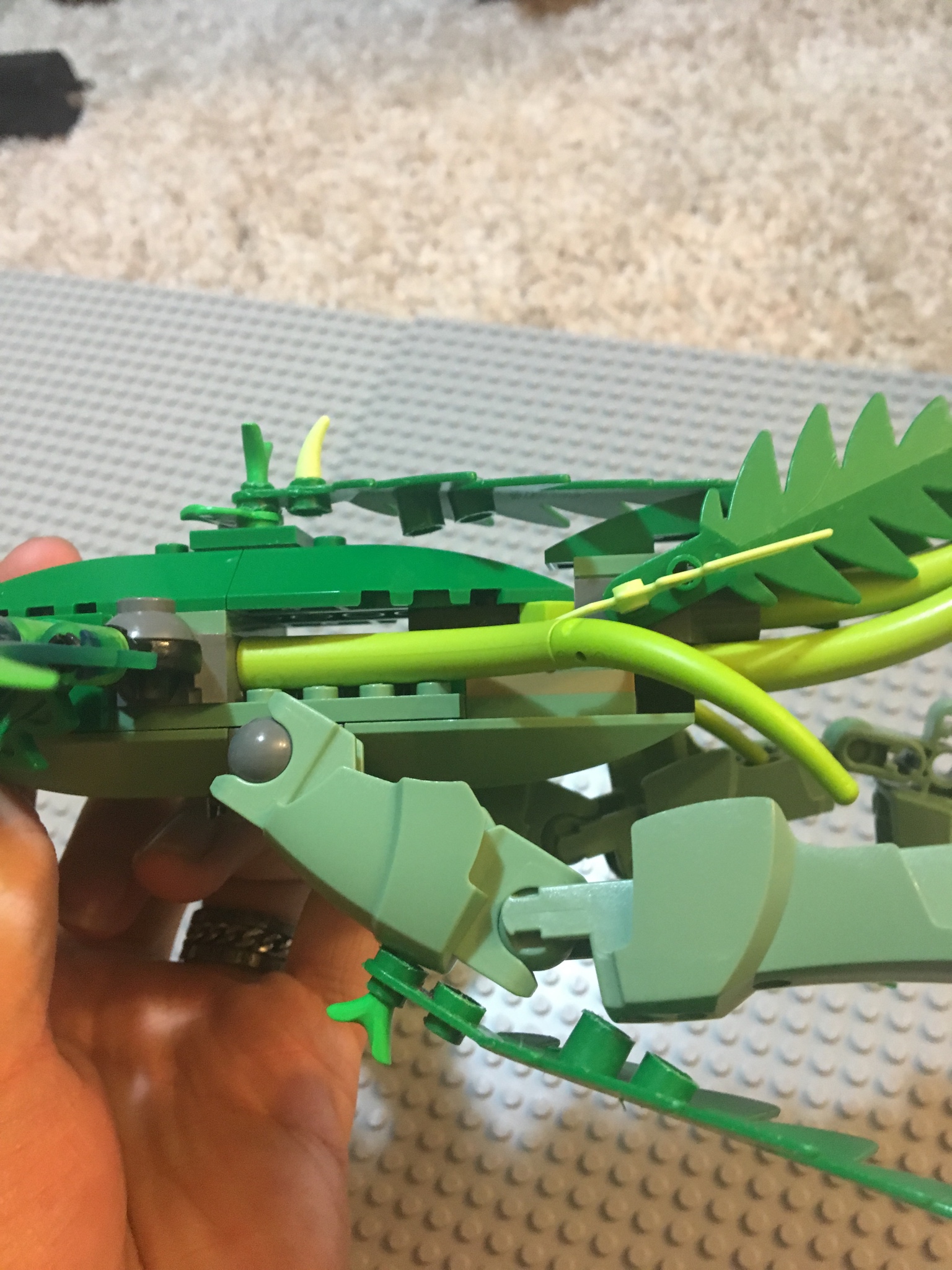 Of course it wouldn’t be drunken madness without looking back on your work while sober and realizing that some parts of it are absolutely terrible. Here’s some highlights; the entire side being hollow because I decided to add and extra tail coming out the side. 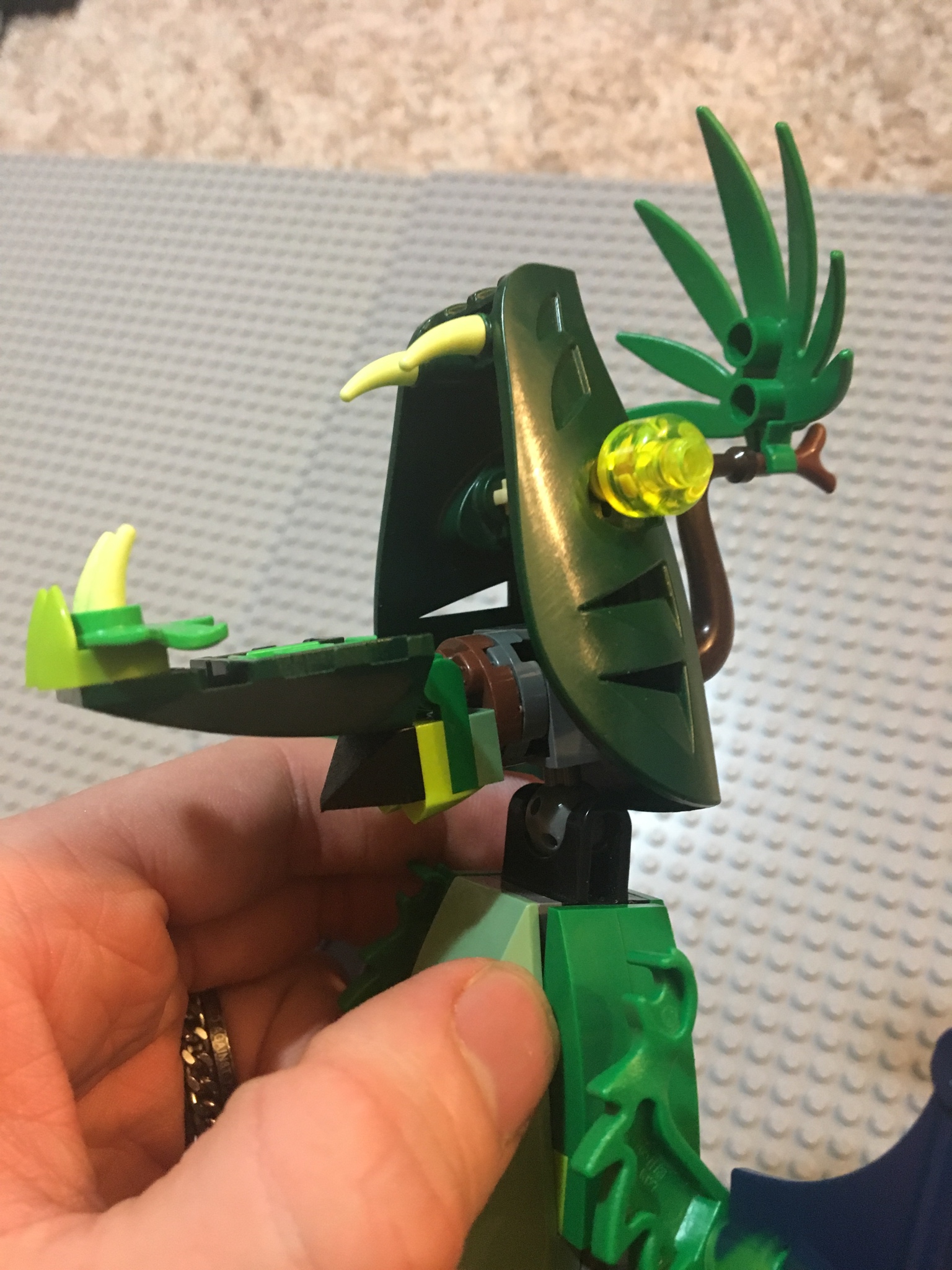 The mouth joint that connects the upper and lower jaw is fucking awful, it can barely stay on to the bar piece that allows the round pieces to be upside down. 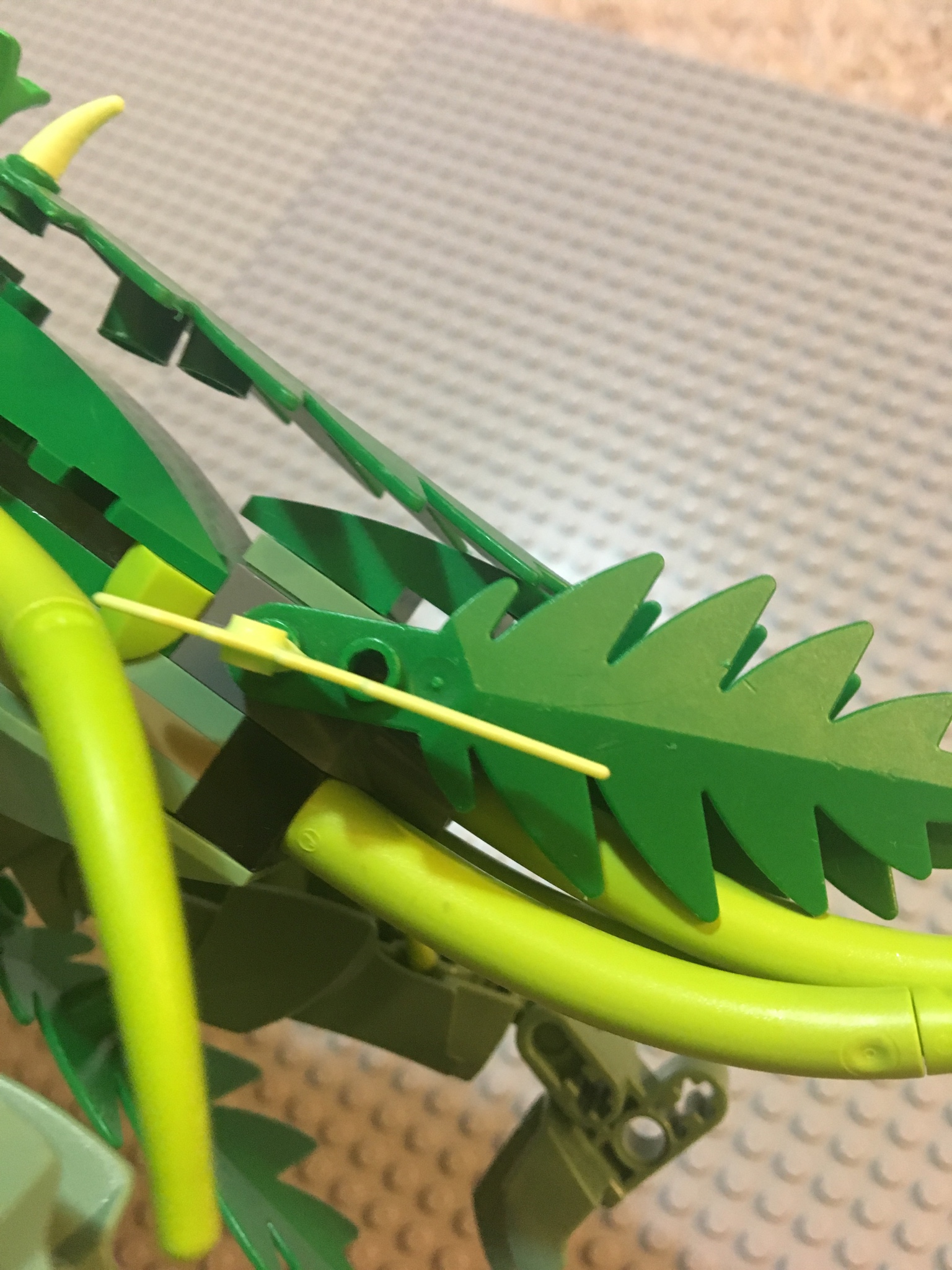 These leaves are constantly falling off, the only things holding them on are a pair of technic pin/stud pieces. 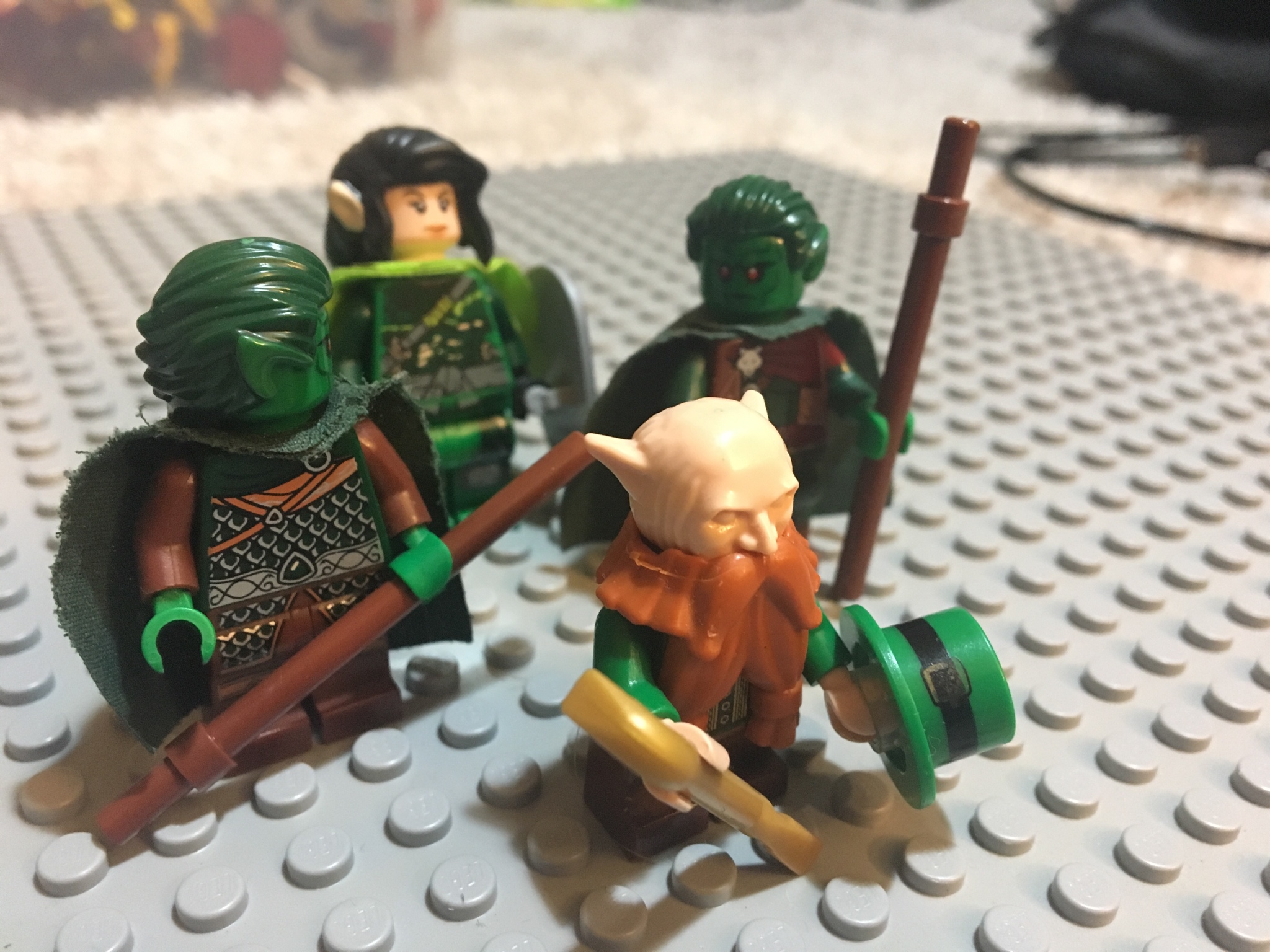 Mad Sweeny drunkenly squints at the bizarre creature loping towards him and his crew, his brain becoming more addled from the creature’s foggy breath, and muses upon the irony of the situation. Hopefully his guards are up to the task of fighting the thing off, because he sure isn’t!

Bahaha this is hilarious. Mixing magic and psychoactives sounds like a good time.

Oh I realized I never did a boast. Okay, I guess my boast is that even while smashed six ways to Sunday and high as a kite, and even though structurally it’s a disaster, I can still manage to make something that at least looks somewhat badass from the right angles.

Style-8
Never thought I'd see the basilisk head used for something so hilarious.

Substance-8
Although the some of the joints were drunkenly fastened together, its strangely fitting.

Substance: 9 - I haven't seen much like it on the forums

Boast: 5 - Cranberry juice should have been replaced with more vodka