The Democratic Republic of Han Khan

The Democratic Republic of Han Khan 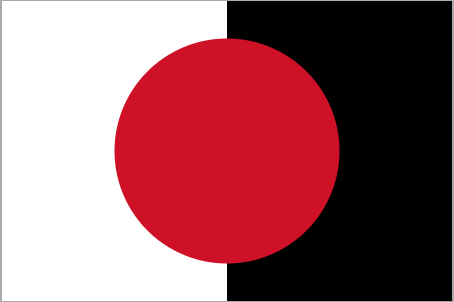 Located in the mid-rim of the Anno Galaxy, the Democratic Republic of Han Khan existed as a small nation for around three centuries. For most of its life, the nation of Han Khan was unremarkable, this was until The Battle in the skies of New York, when a large amount of debris was sucked through a portal, crash landing in Han Khan territory.
What at first appeared to be a catastrophe, quickly turned into a revolution, with Han Khan scientists disassembling and studying this alien tek. The Han Khan government took notice of this research and utilized it to rapidly modernize their society over the course of a few months. The Han Khan officials also discovered a potable phone, which had been logged into Netbrix, allowing them to watch Evangelion episodes. The government believed this to be a documentary of some kind, and immediately began a massive defensive buildup, as it appeared to them that space was entirely filled with giant monsters. (They aren't totally wrong there.)
Han Khan Forces were eventually able to conquer their entire planet, and began to take their first forays into outer space.
They first managed to colonize the remainder of worlds in their star system and begin extracting resources from them, using these, the Han Khan was able to construct an interstellar navy, dubbed "One Fleet" (pics to follow eventually) The Han Khan Government has continued to build up the number of ships in this fleet, as it is sent to incorporate other planets into the Han Khan sphere of influence. The fleet's greatest drawback is that it can only be in one place at once, and talks of beginning construction on a proposed "Two Fleet" are already underway. The Han Khan military somewhat lags behind the Navy, especially with the ever-ballooning population requiring a larger and larger military to keep in line, outfighting soldiers with up-to-date weapons has become a monumental task.
As few large factions have yet to rise out of the Anno Galaxy at this time, the Han Khan Navy has had little trouble carving for itself a large swath of territory in the Anno Galaxy, as few planets can muster a cohesive resistance.
Life under the Han Khan government typically does not bring much change, as existing systems are often built off of or improved by the Occupying force. The Han Kan government has an ongoing program of converting more loyal conquered worlds, or those that are more developed into full client-states, which have increased membership in the Han Khan government (Legislators are assigned by representative population, while each colony world receives a token two legislators to serve and diplomats, and heads of planetary government.)
The most recent advancement made by the Han Khan Government is the hiring of a former-Goldman Sucks admin, who has promised to greatly improve the Nation's financial situation, as well as beginning diplomatic talks with other nearby powers.
The Han Khan have also found a great deal of proficiency in constructing high-quality shuttles which allow them to easily transport legislators to and from interplanetary meetings. 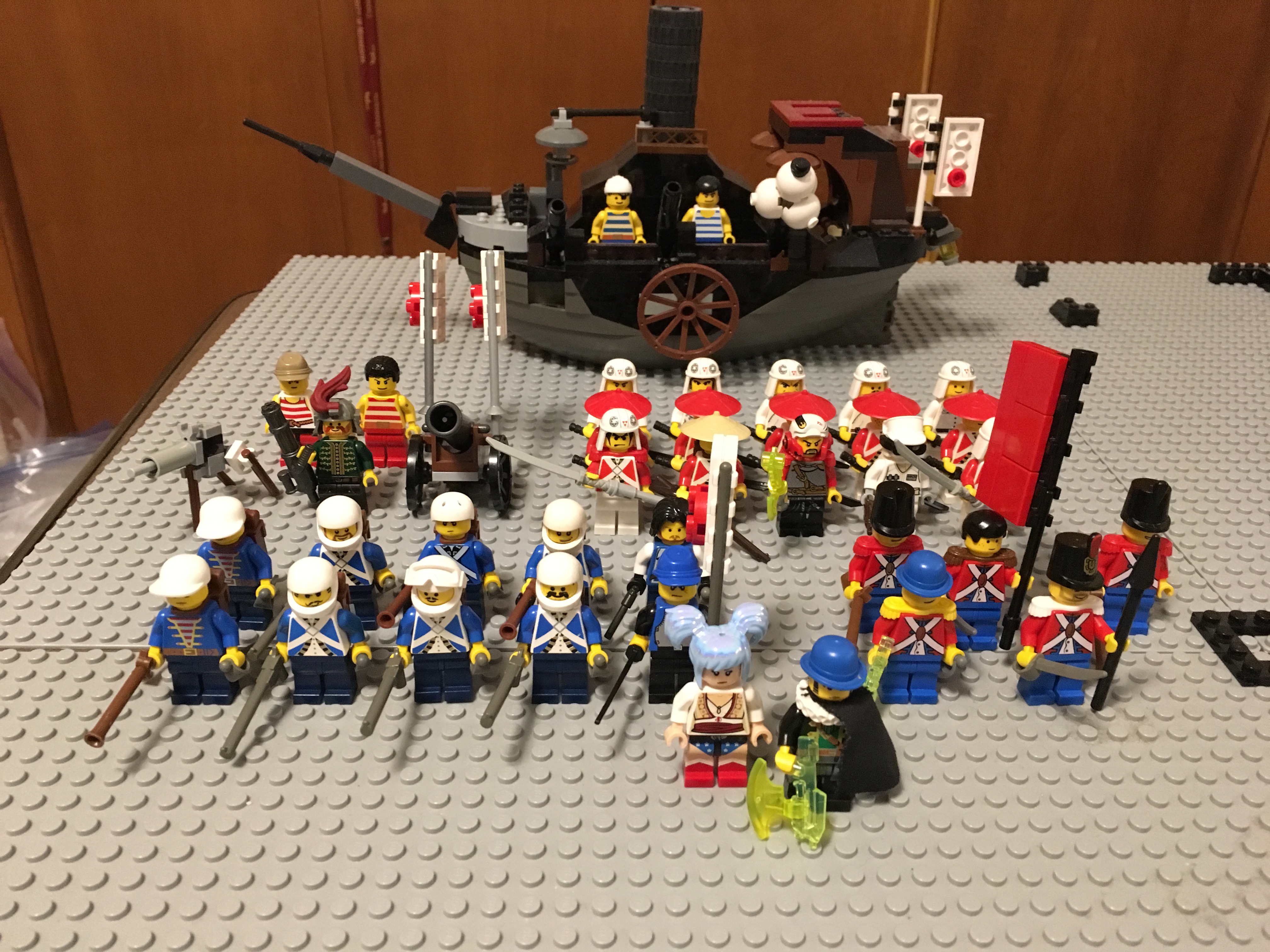 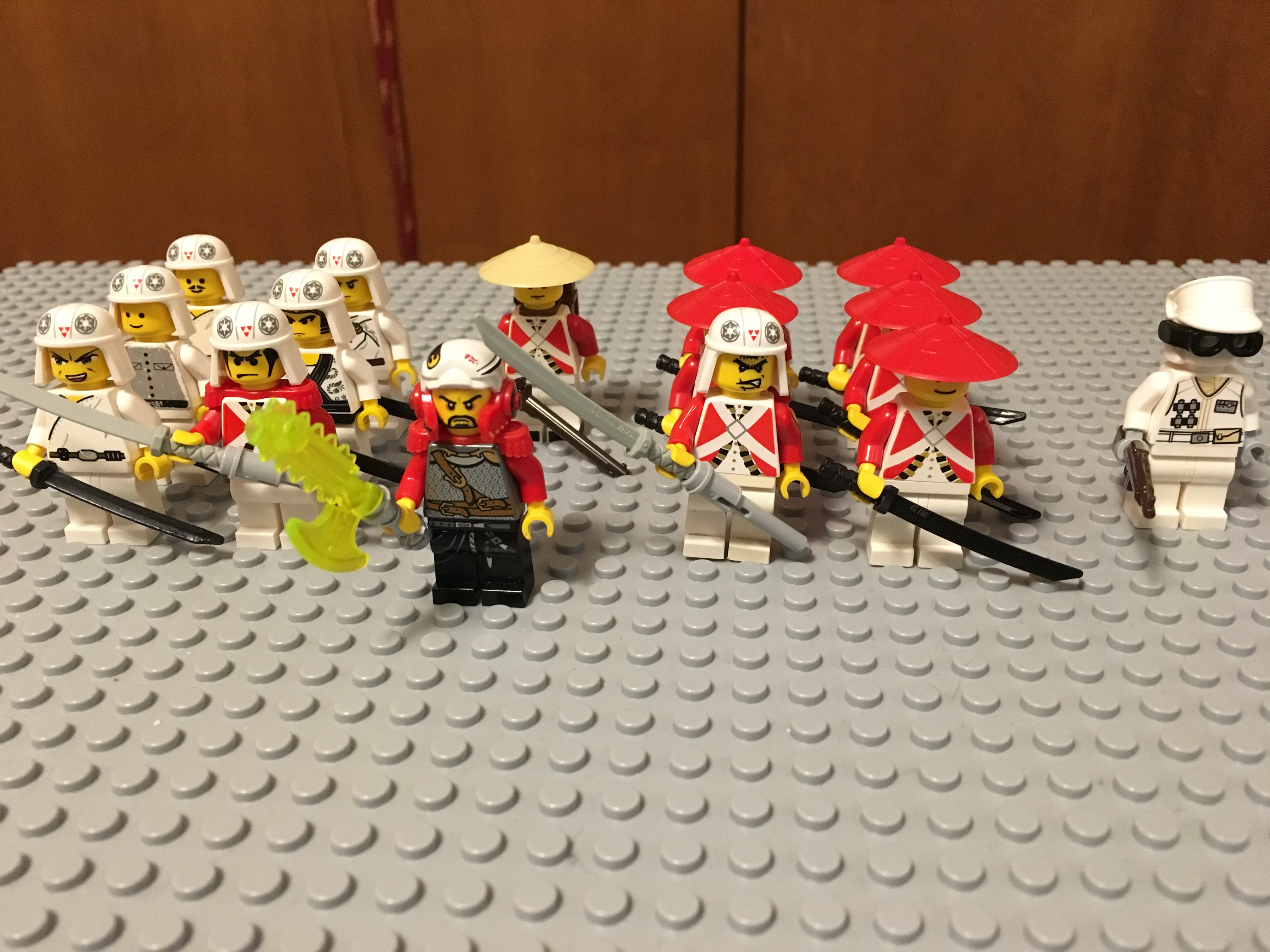 Levies and Regulars: The Standard Han Khan infantry has not changed very much since the recent Tek Revolution, most soldiers still carry swords and wear simple robes or uniforms. The bulk of the Han Khan army is made up of Levies (Left), usually levies are sourced from the willing population of conquered worlds in order to serve as a peacekeeping garrison force. Levies are only given basic weapons and training, but their strength comes in their numbers, and ease to replace. Levies are the backbone of the Han Khan's expansionist program, as they provide a cheap way to protect planets, as well as being a large and readily-available source of manpower, while the more expensive troops can be used on the front lines.
Regular Infantry (Right) Have been the soldiers of the Han Khan since its inception. They are often from worlds fully incorporated into the Han Khan Nation, and receive more professional training than Levies. Regulars typically act as police on incorporated worlds, as well as being guards for politicians, and shock occupation forces.
The Han Khan also is considered to have some of the best snipers in the Galaxy. Although they are few in Number, such soldiers are able to suppress entire uprisings on their own, and have earned the nickname, "Death's best henchmen." 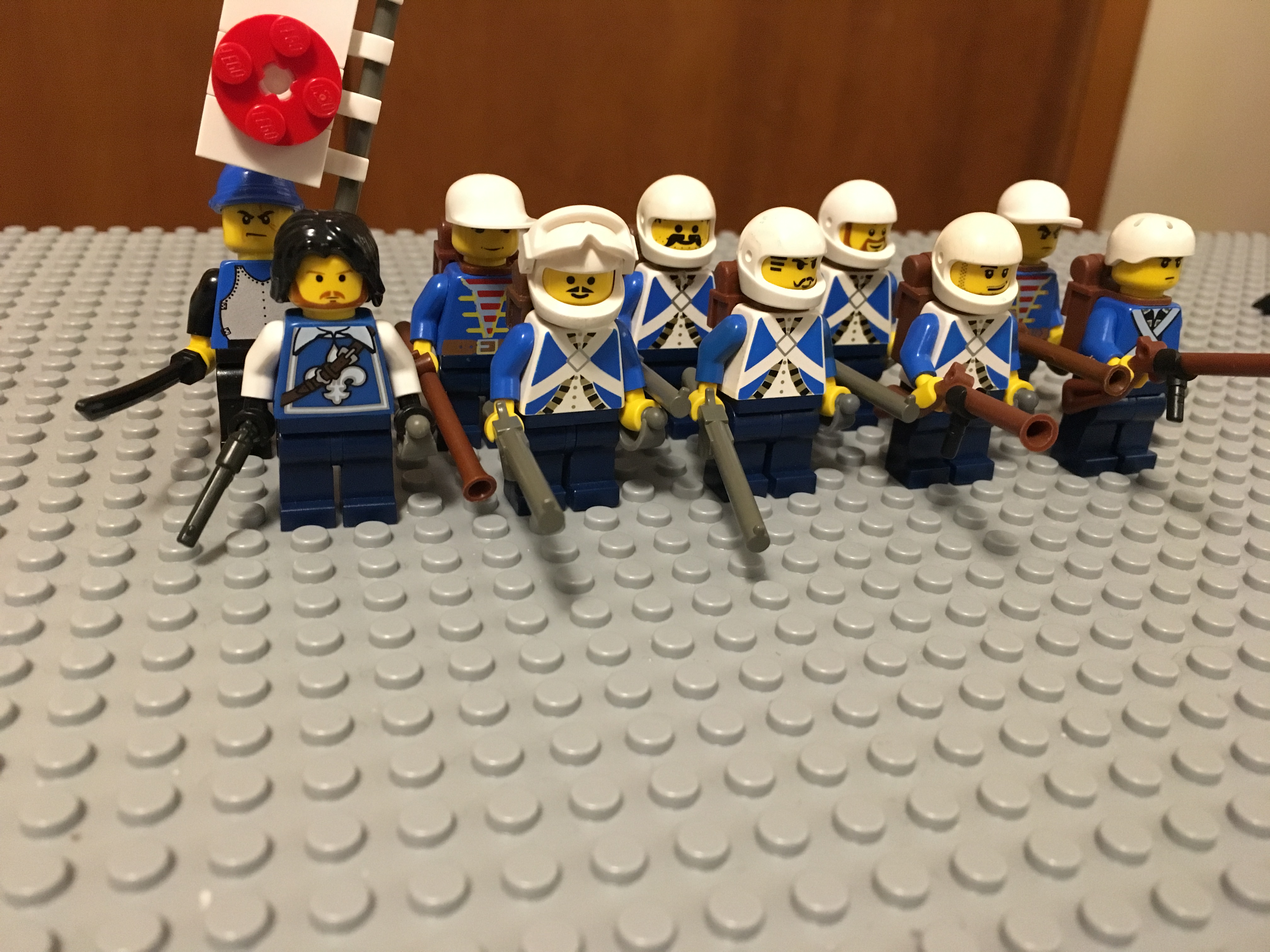 Interstellar Marines: Marines play an ever-increasing role in the Han Khan military. Most of them live and serve as part of One Fleet, only being given short breaks of shore leave between campaigns.
The Marines are equipped with the best armor and weapons which the Han Khan Government can equip them, but as production and distribution takes time, their kit varies wildly from soldier to solder. Marines dress in blue, as opposed to the Red of the Infantry, and every soldier carries a rifle and a saber, as well as a backpack with supplies. Marines are typically landed en masse through the use of dropships, and have been the driving force behind the Han Khan's rapid colonization and incorporation of star systems. Despite their ramshackle appearance, the marines are well trained, and battle-tested. Marines often take very heavy casualties in battle, and only the best-of-the-best survive a campaign, leading to a higher quality of troops. 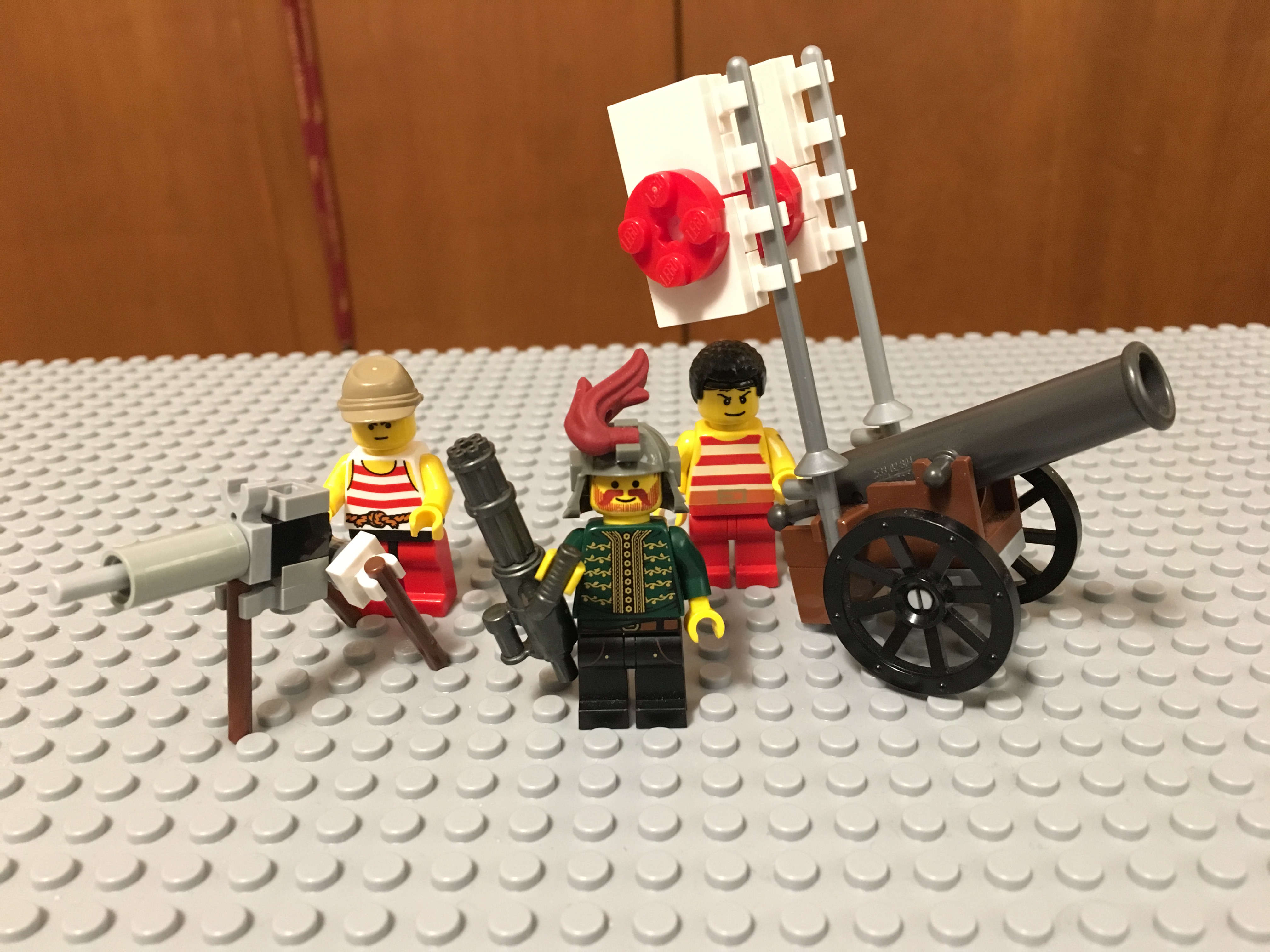 Artillery: Although mostly relegated to serving as mechanics or service workers on One Fleet, the Nation of Han Khan still carries on a proud tradition of testing and employing heavy weapons in battle. Although cannon and large machine guns are being phased out, artillery crew members have begun using orbital weapons and bunker busters as technology advances within the Nation. 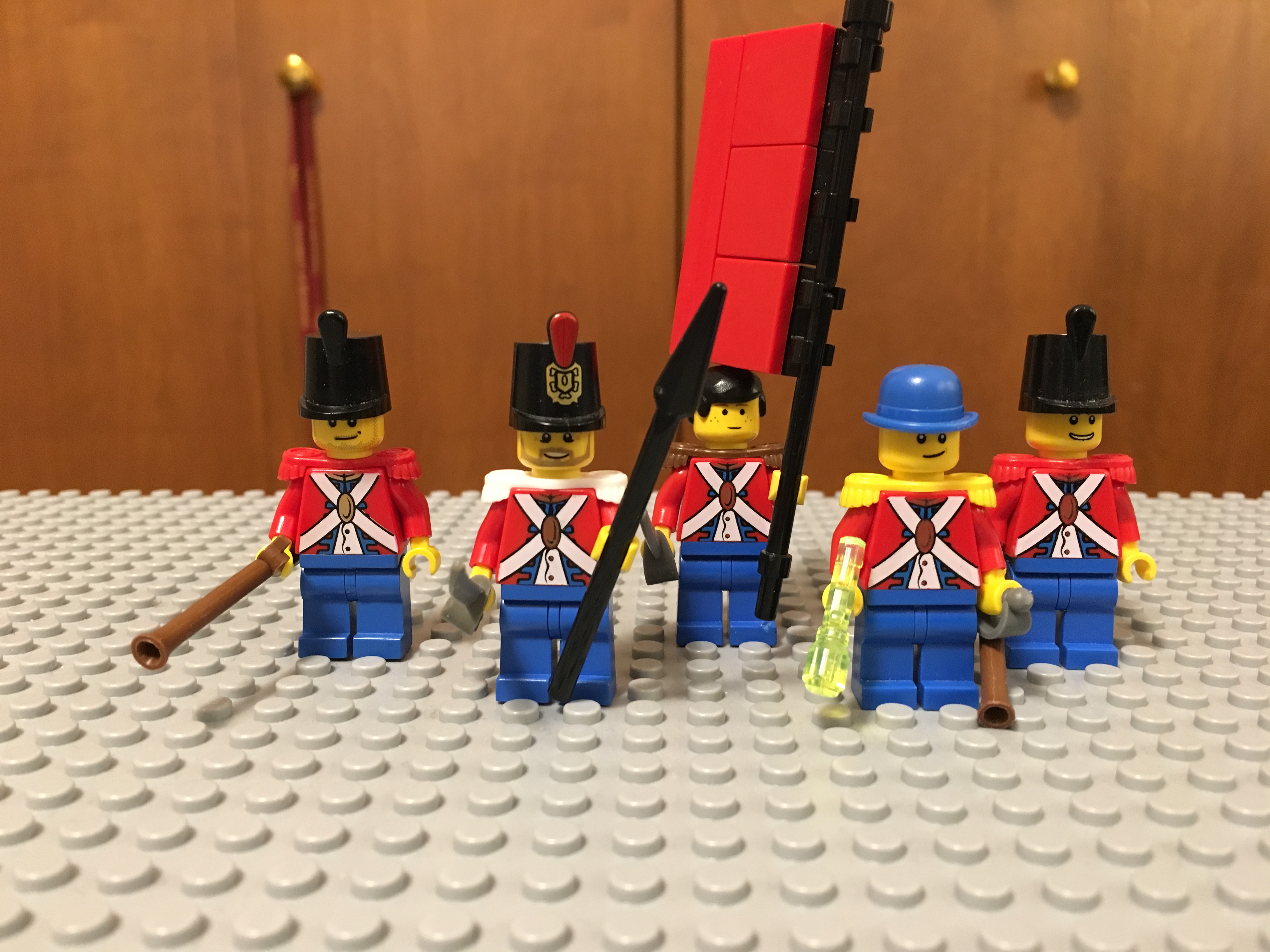 Flag Company: There is one Flag Company for every large ship in One Fleet, it consists of the Color-bearer, who is usually a young Marine, the Spear Sargent, a battle-Tested Solder whose gob it is to protect the Color-Bearer, as well as several Veteran Marines to protect the flag, and clear a path through enemy forces. Flags and Banners are a source of great pride for the Han Khan military, and the Flag company is typically considered to be the most fearsome unit in their army. 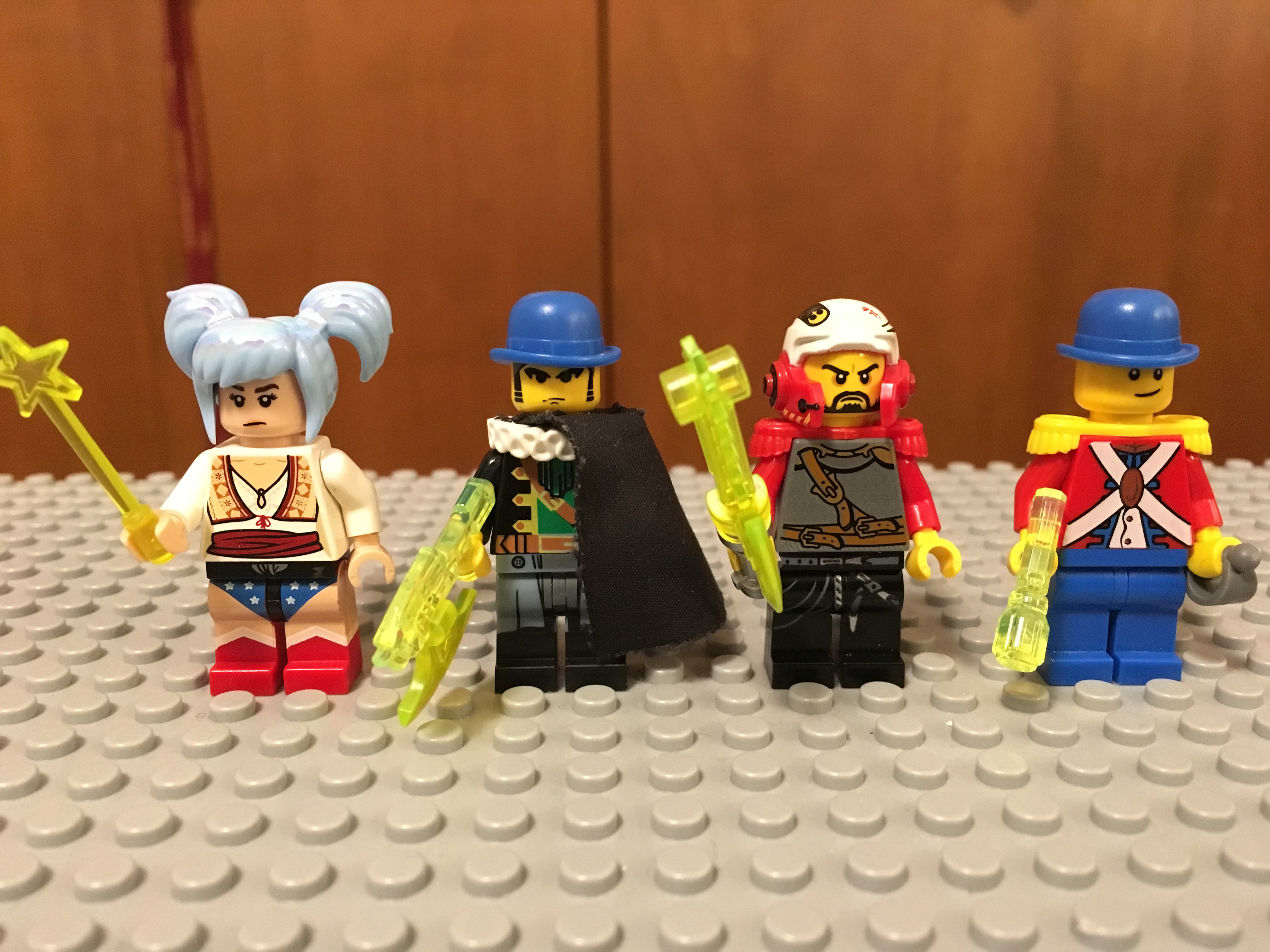 Ruling Military Council: Although separate from the legislative body which governs Han Khan, the Military Ruling Council makes most of the decisions regarding colonization and warfare both in and out of the Nation's domain. Members of the ruling council are given GT weapons (The most powerful in the nation's arsenal,) And can serve as hero units during battle.
Members: (From Right to Left,)
General Norton V. Oswald: Commander of the Marine forces, Oswald is a staunch proponent of Colonization and often does not see nations which have yet to achieve interstellar travel as a threat. The Typically serves as a diplomat, but has gotten himself in trouble several times for talking down to a foreign official, or leading his men into an unwinnable battle. Oswald has managed to stay in the good graces of the Legislation however, and will likely keep his job for the foreseeable future.
General Aang Shen: Shen is the commander-in-chief of the Army forces. He values discipline, and is sometimes fearful of the rapid change brought on by the Tek Revolution. Shen is still a stoic and competent leader however, and has helped build loyalty to the Han Khan Government in Newly conquered worlds for his strong code of ethics and respect for local cultures. He is often at odds with Gen. Oswald
Prime Minister Bai Song Smithson: Prime Minister Smithson earned his position by overseeing the modernization of the Navy, as well as campaigning for the expansion of Han Khan. Smithson is a believer in honest work, and has done a great deal to forward the rights and voices of minorities within the Han Khan sphere of influence. He is considered to be a calm and fair leader who is well liked by the people.
Ayaka Ayakari: Ayaka was fleeing Ragnablok, when her ship ran out of fuel, causing her to be stuck drifting in space. She was discovered by a Han Khan Vessel, and brought to their capitol. The Han Khan people, believers in the religion of Anime Thighs, elected Ayaka to be their Thigh Priestess, as they believed that she was a magical girl, gifted to them from the stars. Ayaka hasn't had the hear to tell them that she is just a normal anime girl, but she could do worse than being constantly pampered, getting to make important decisions, and giving prophecies based on what she wants. Technically she is in charge of all religious worship and missionaries in the kingdom, perhaps holding more power than even the Prime Minister. However, all Ayaka really wants are friends. 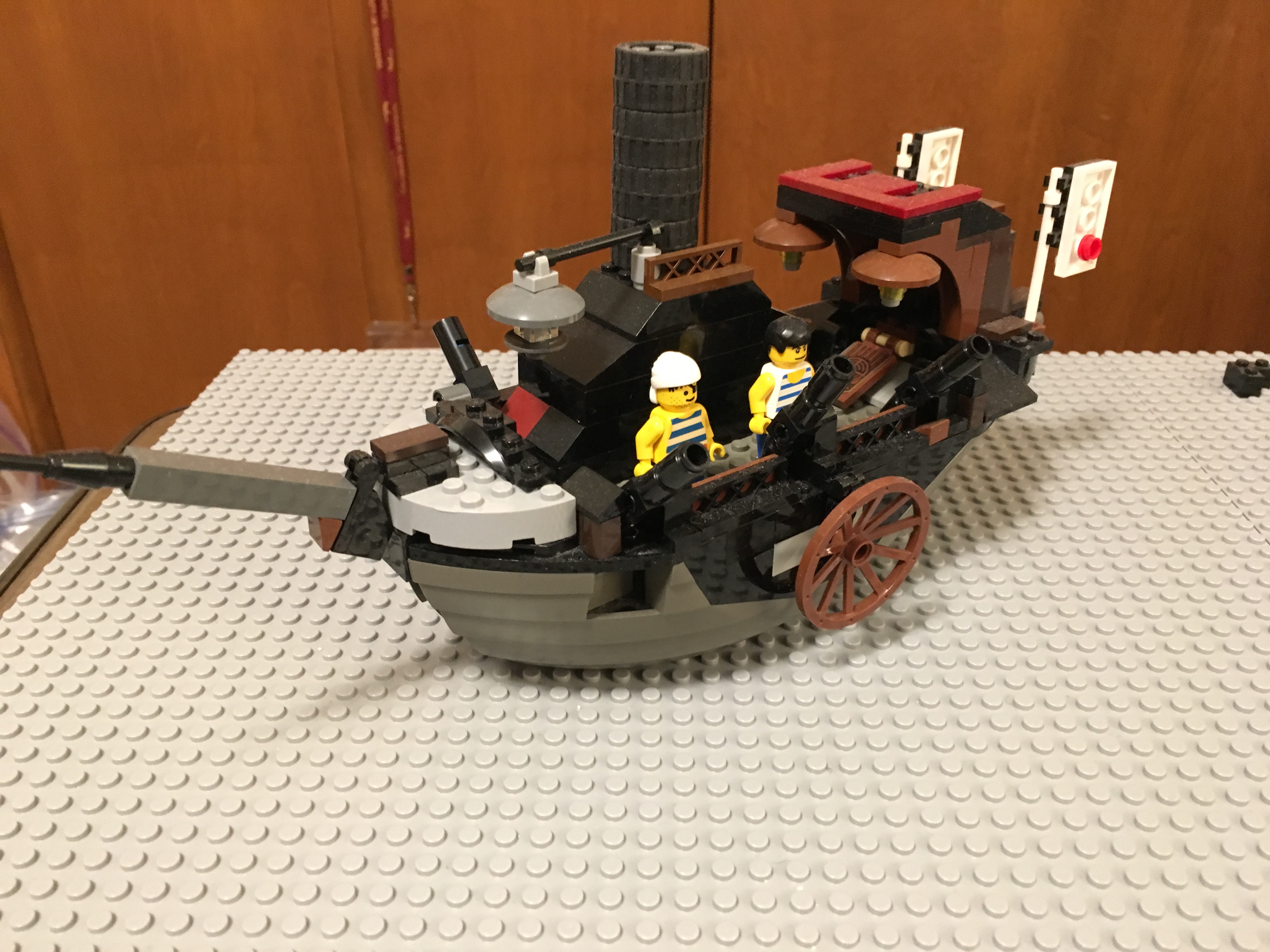 Gunboats have traditionally been used by the Han Khan to protect their many Trade fleets. Following their interplanetary expansion however, gunboats rarely see any action outside of ceremonial uses.

Re: The Democratic Republic of Han Khan

This is a super creative faction. I really love the way it mixes Anno and Nehellenium lore!

Re: The Democratic Republic of Han Khan

AnnoyedZebra wrote: ↑
Tue Oct 08, 2019 2:53 am
This is a super creative faction. I really love the way it mixes Anno and Nehellenium lore!