I also posted this in my Faction index. You can see the full writeup in there
http://brikwars.com/forums/viewtopic.ph ... 88#p357688 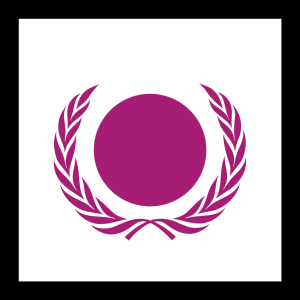 I made a quick little minor faction this week. I had the idea for a while. This faction is a direct nod to an obscure computer game called Starsector, where there was a small space empire that used the same name. And the same White & Magenta color scheme that I thought was extremely odd but somewhat charming. I felt I -had- to try this out, Found a bunch of briks to make a tank very similar to the Monolith Imperiya ones. Changed the color scheme. And ordered a small dollar amount of parts from a bricklink store.

Are you ready for.. PINK?! I promise its not a girls army. they'll shoot you dead for saying so

Also if you want to check the game out, it's here https://fractalsoftworks.com/
There might be CD Keys available online, the creators didnt seem to care that a youtuber basically handed out his key to a whole bunch of people just to get some exposure out there. I only say that because there's no demo, and the method of purchasing it is really obtuse since its on some old store front that was made in the early 2000s, no steam or anything like that *yet*

sahasrahla
that is a fantastic question to which no satisfactory answer will be forthcoming
Posts: 863
Joined: Sat Feb 04, 2017 5:40 pm

It's actually magenta. Which is a reddish pink. Much darker.

I really, really like the design on the basic troopers. The colour scheme works really well and doesn't feel gimmicky at all, which is hard for a colour like magenta.

These guys are (surprisingly) really stylish with their magenta highlights.
Formerly known as TheVengefulOne. Times banned by Natalya: 10 (+ 1 alt).

TheCraigfulOne wrote: ↑
Wed Oct 30, 2019 12:58 am
These guys are (surprisingly) really stylish with their magenta highlights.

They want to make sure that they look fabulous!