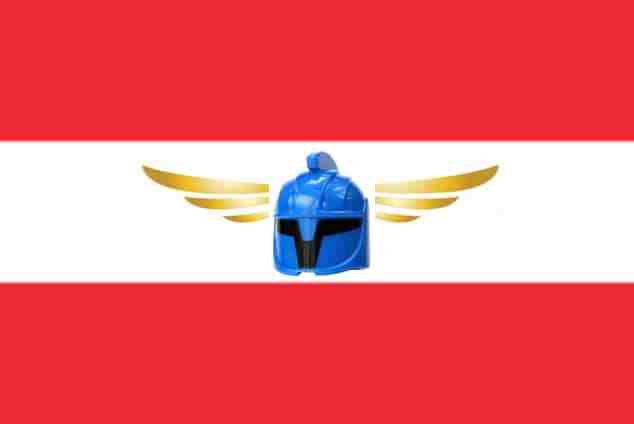 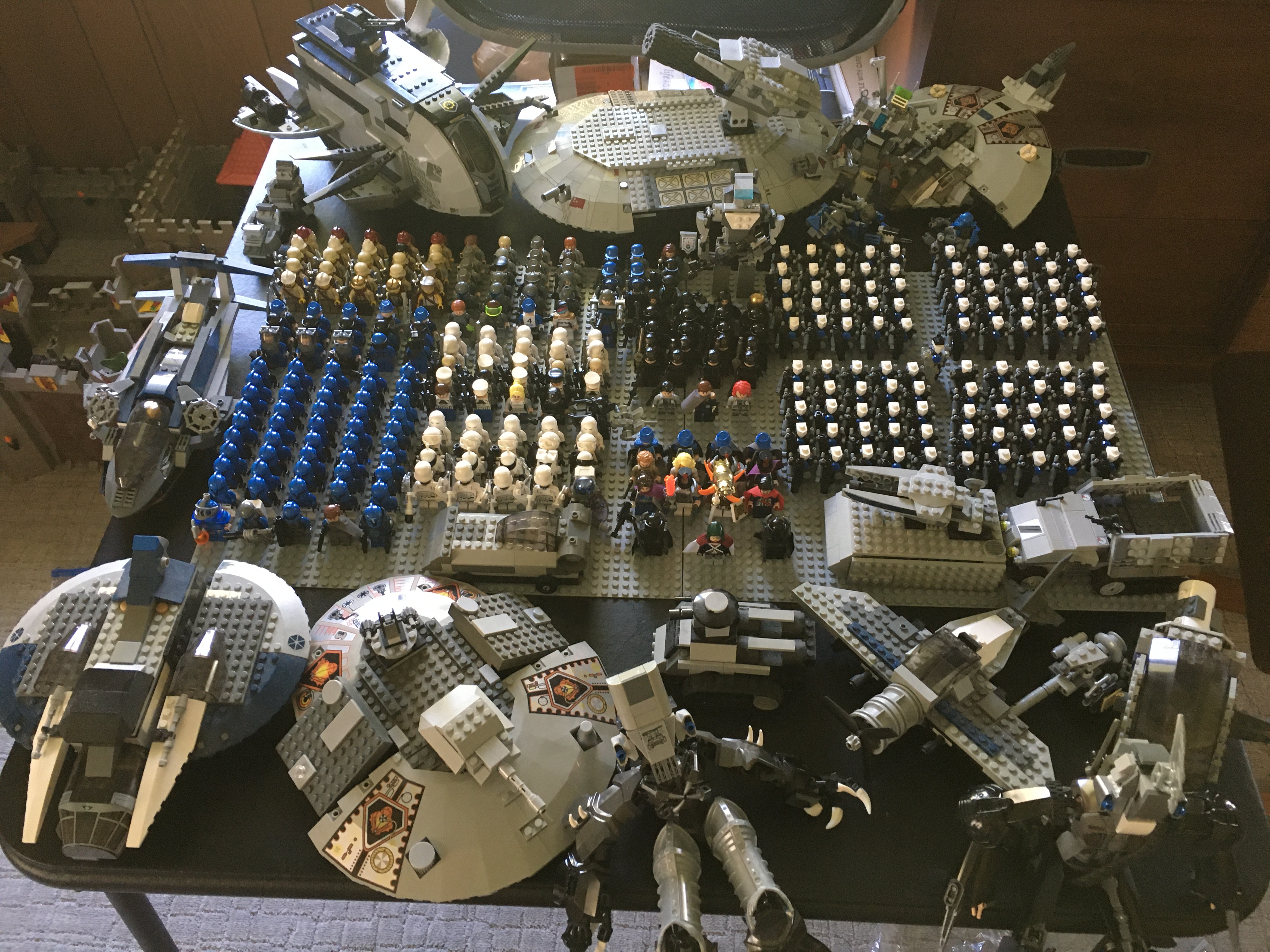 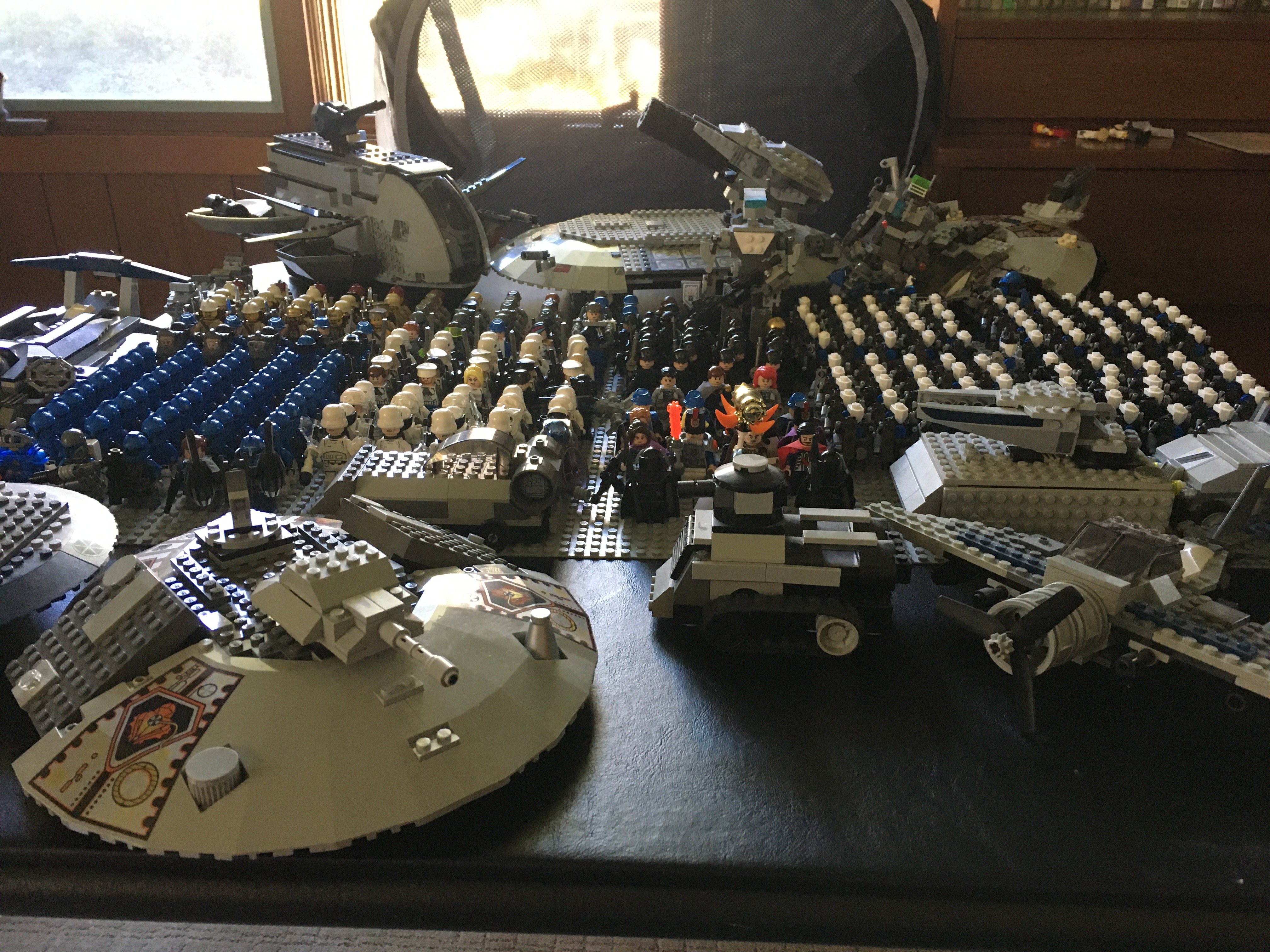 Lanwier Militia
The planetary defense conscripts employed by the Empire. Militia are poorly trained, but act as a fact response force to defend a Space Austrian planet if the Imperial military is not available.
Unit count: 25

Burgher Infantry
Burghers are the standard infantry for the Empire. They have blue torso armor and white legs. Most Burgher units also travel with Auxiliary soldiers who perform special tasks, such as piloting vehicles and using special weapons.
Burghers are the backbone of the Imperial military, and many of them are veterans of many campaigns.
The Burghers operate under the command of Field marshal Von Ernst, a staunch nationalist, but skilled commander.
Unit count: 50
Auxiliary unit count: 15

Naval Forces
Men and women dressed in grey uniforms crew the numerous ships in the Space Austrian Navy. The Naval dress code is less strict than that of soldiers, although security personnel wear helmets.
The Navy is commanded by the charismatic Admiral Arial
Unit count: 24 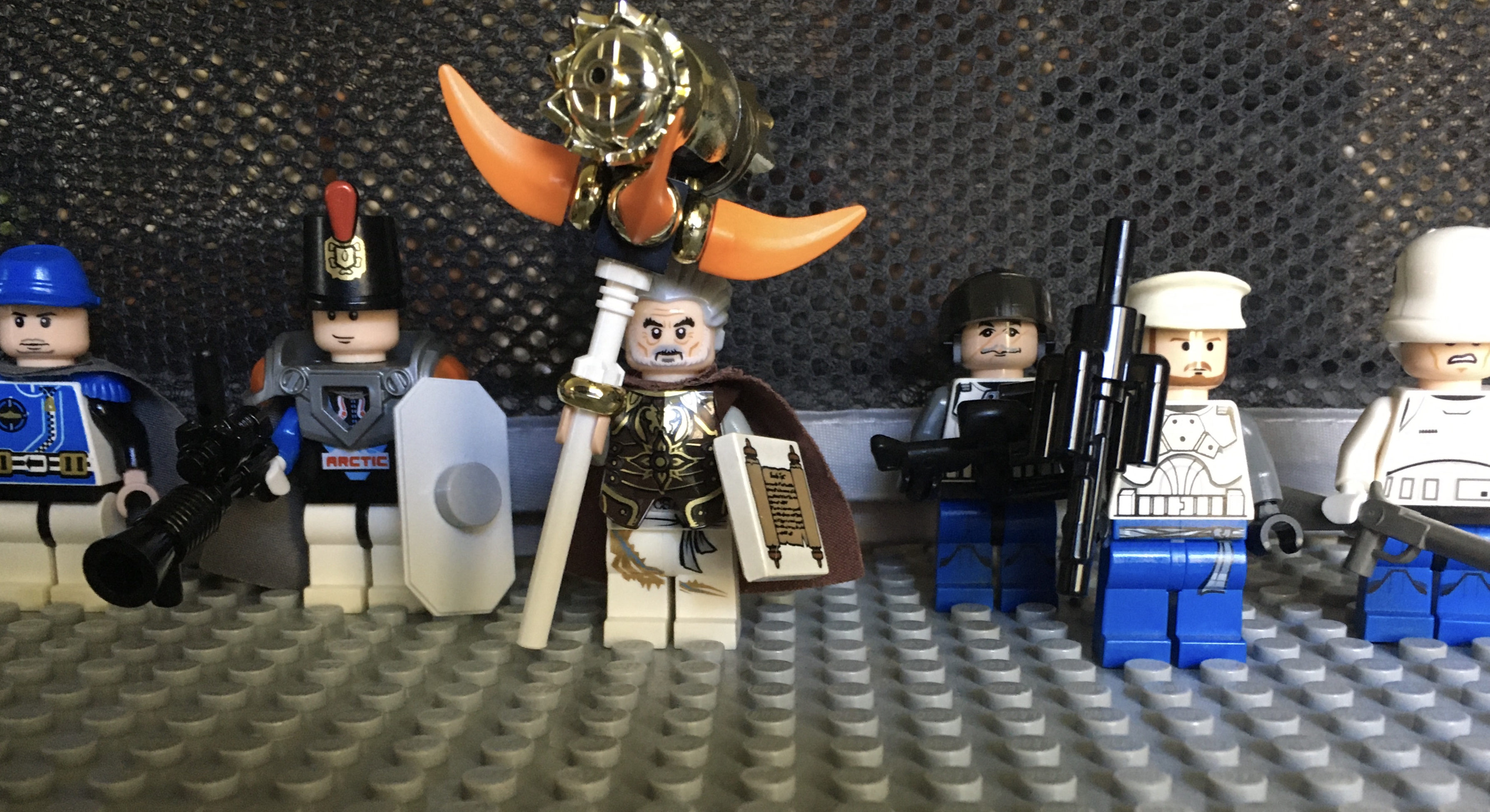 Clerics
Initially involved with magik operations, following the war with Trattoria, the Clerics, dressed with white chestplates and blue leg armor, have assumed a role as specialist troopers. Often they are deployed as shock troopers, or to give a morale boost to standard soldiers, as Clerics are considered to be fairly elite infantry.
The Clerics serve under the watchful command of High Wizard Emandiputs
Unit count: 25

Science Division
The Space Austrian science division claims to be the developer of new weapons and tek for the empire, but the organization has far more Clandestine intents, and thus maintains a large security force, outfitted with the latest weapons. The Science division is involved with the COLORBURST program, as well as a massive operation to extract and reverse-engineer Trattorian data, following the collapse of the nation. The science division has grown greatly in size and influence as of late.
The division is led by Head Scientist Dr. Okustir Trey.
Unit count: 20

The Space Austrian Bank of Ernst-Ritter (SABER)
Although appearing to be a massive corporation, SABER is actually an entirely State-run enterprise. Following the closing of the Goldman Sucks banking group, the Space Austrian bank has been moving to hire many of its most talented former employees. The bank also has a large security force, tasked with guarding vaults and bank shipments.
The CEO of the Bank is the enigmatic man known only as "The Partisan"
Unit count: 6 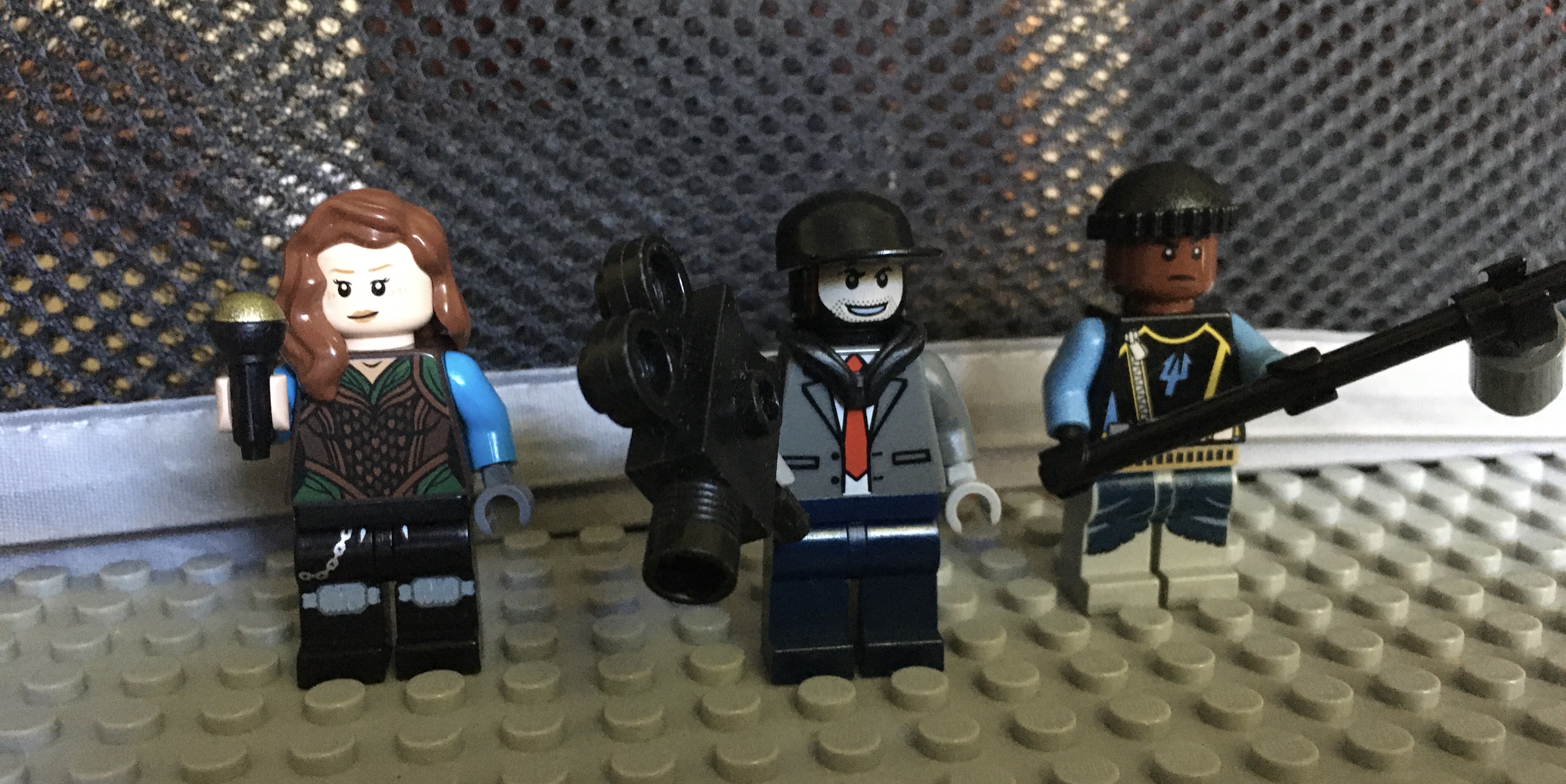 The Space Austrian Investigative News Team (SAINT)
SAINT is the primary source of news for the Imperial population. As it is a government-run broadcast, SAINT also serves as a tool of propaganda.
Saint is led by Head reporter Sabrina Richter
Unit count: 3

Knight Guards
The knight guards ore the most elite and highly trained soldiers in the Space Austrian forces. They are tasked with protecting the Royal family. Although many of the soldiers are heavily armed bodyguards, nearly half of the Knight Guards forces serve as highly specialized counter-snipers, in order to stop assassination attempts.
The Knight guards are under direct command of the Imperial family, such as current Archduke Holmes
Unit count: 20 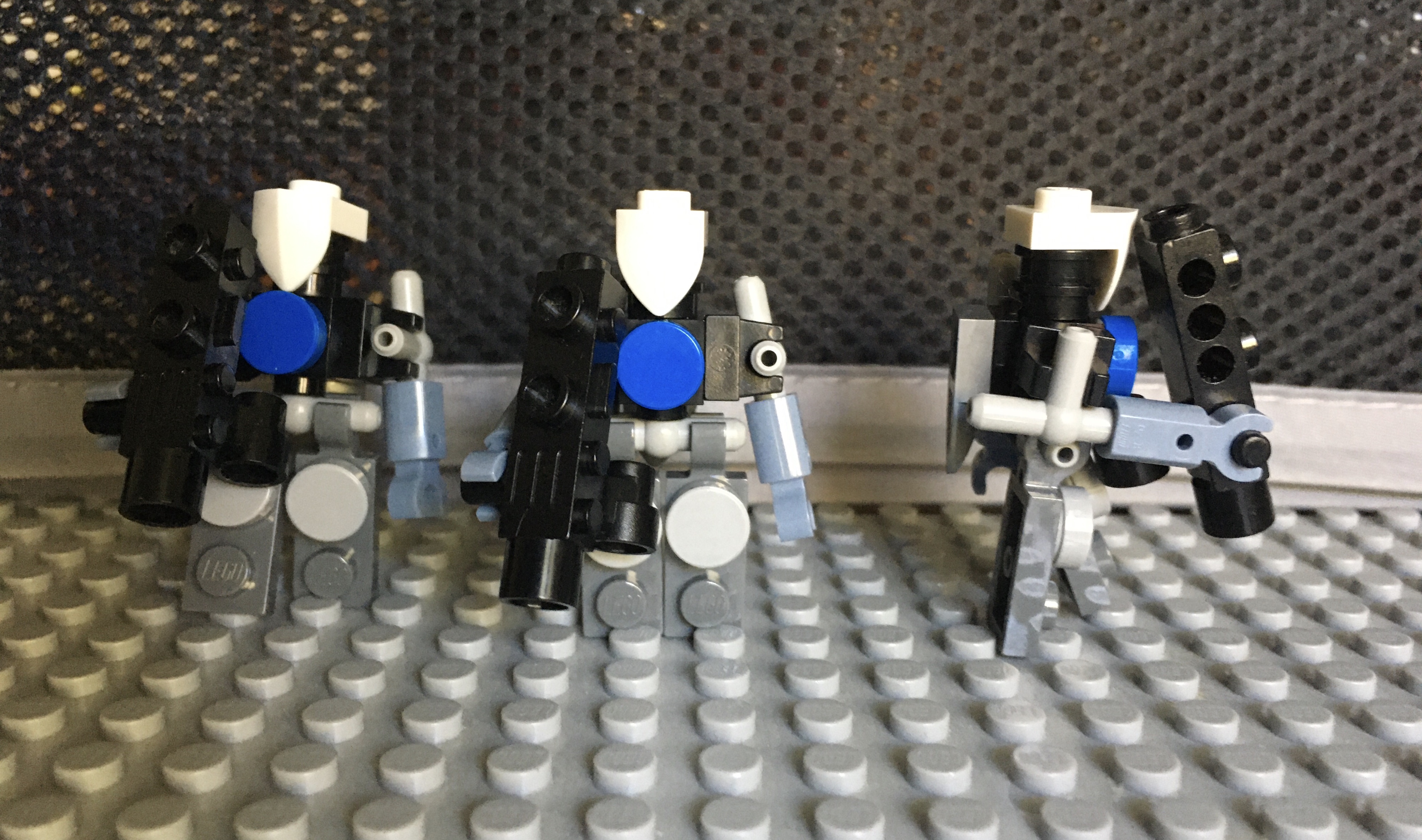 Zweibeinige Brüder
The zweibeinige brüder (or ZB's for short) are a mass-produced from of autonomous drone infantry created to combat the Brootal threat. Created by the Science division from gleaned Trattorian data, the ZB's are able to be created in vast numbers, and do not have the fear or tendency towards error that standard minifigs do. Although still considered special infantry, the ZB's have been produced so quickly and maintained so inexpensively, they now outnumber standard infantry in the Empire's armed forces.
The ZB's serve in all branches of the armed forces, and answer to whichever commander they are currently serving under, however science division personnel and members of the Imperial family can override their orders ant any time.
Unit count: 101 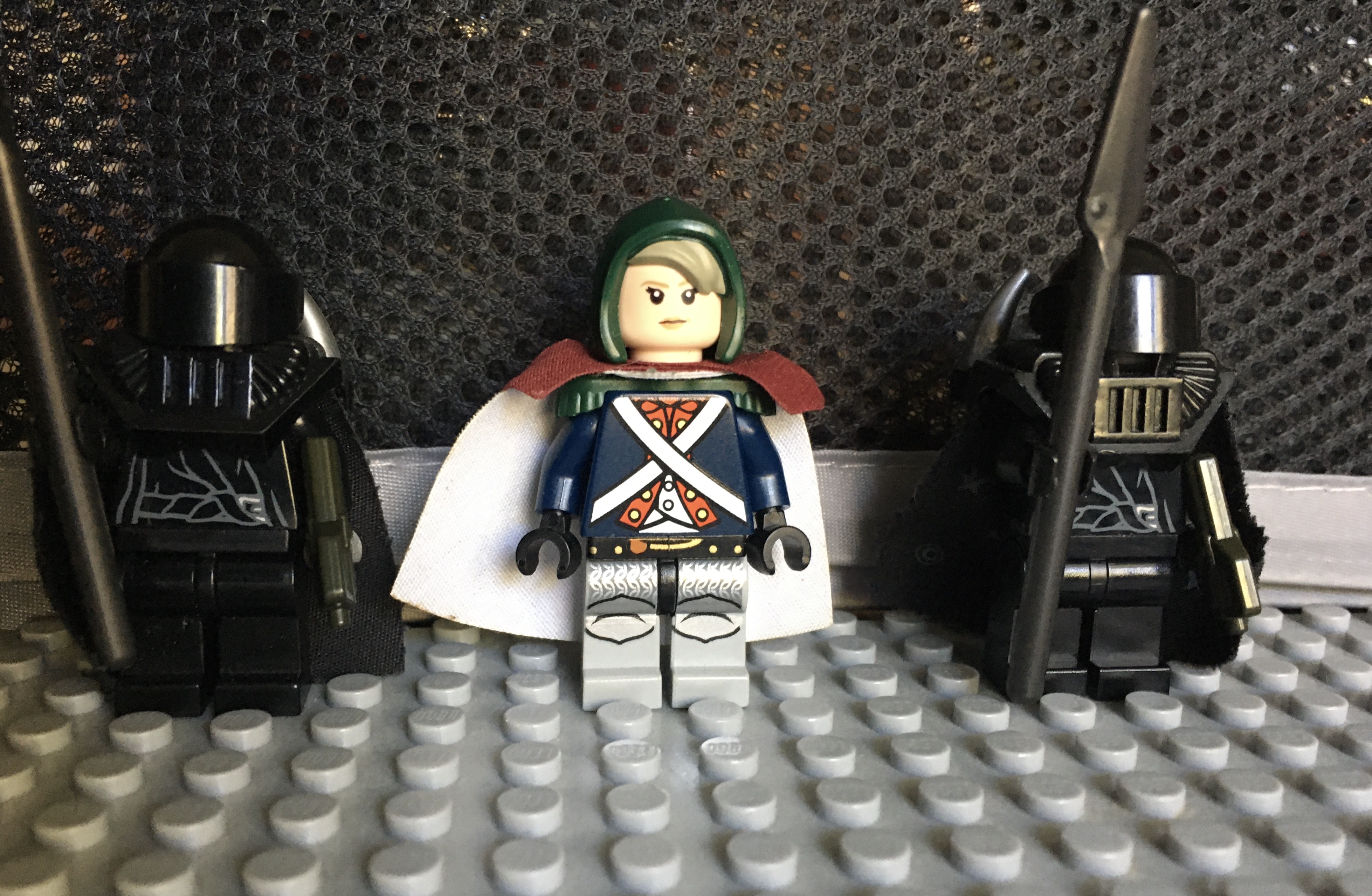 Empress Antea Habsbrik
Following the disappearance of former Space Austrian Emperor Ato and his wife Aprilia, well over a year ago, the Empire fell into a state of chaos. Antea, who had served as Archduchess for several years, was stationed in Trattoria at the time. She helped the Science division gain valuable information before it was destroyed in Trattoria's collapse. Following her return to the Empire, Antea used the coming or Ragnablok to seize power. As a populist, she had the support of the Imperial citizens, and as an ally of the Science division, she was able to use the presence of the massive drone army to muscle the Empire's generals and politicians into electing her as Empress. (As Ato's half-sister, Antea did also have a strong claim of legitimacy.)
Since acceding to power, Antea has greatly increased the limits of tek in the empire, as well as strengthening the Space Austrian loyalty to their allies the RC.
Antea is ruthless and cunning, but also kind and sincere, but she has taken control of the Empire during a tumultuous time. She is rarely seen without the Habsbrik family bodyguards, Farmus and Deamus.
Unit count: 3
Ruling Imperial council Unit count: 15 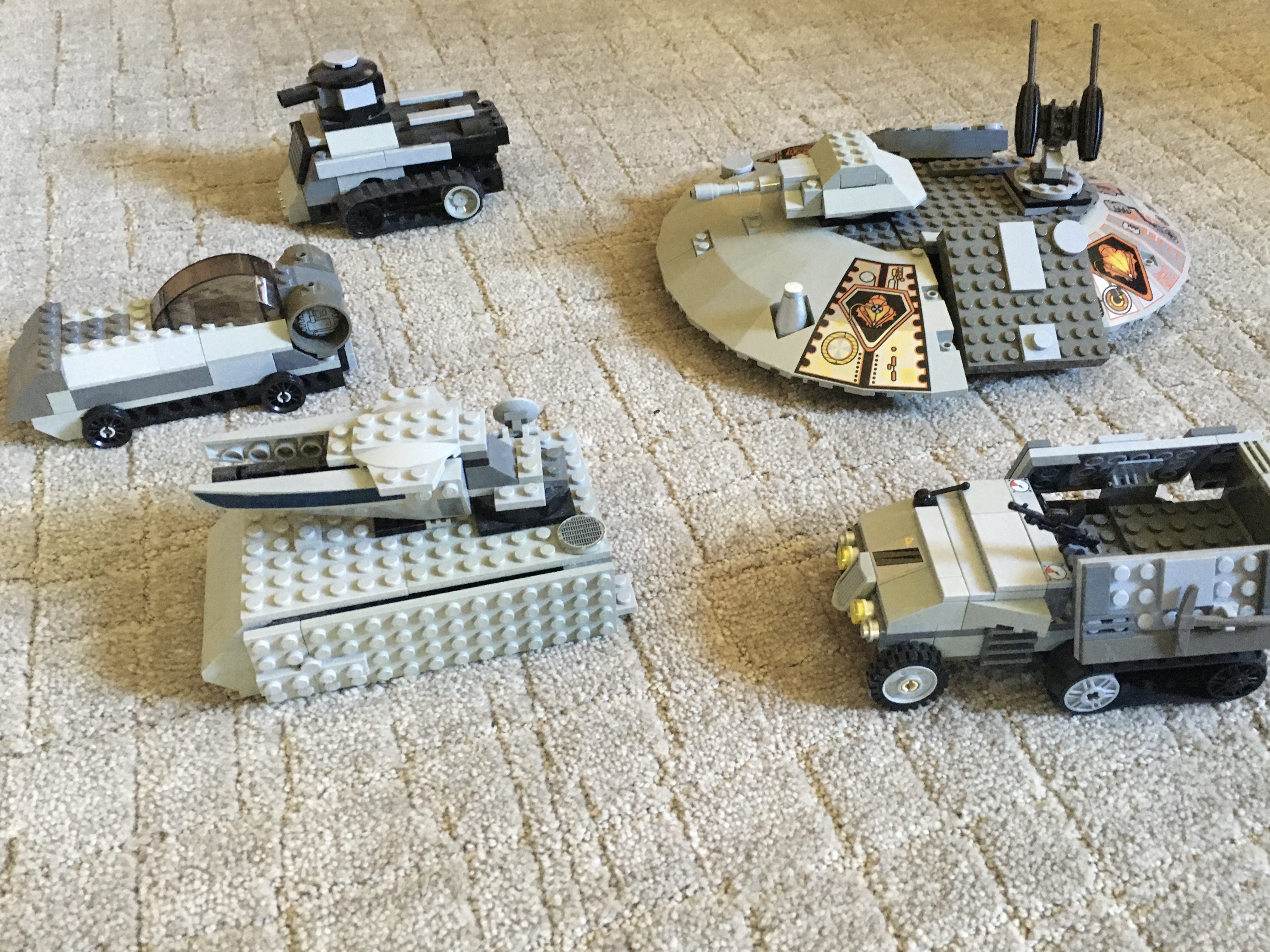 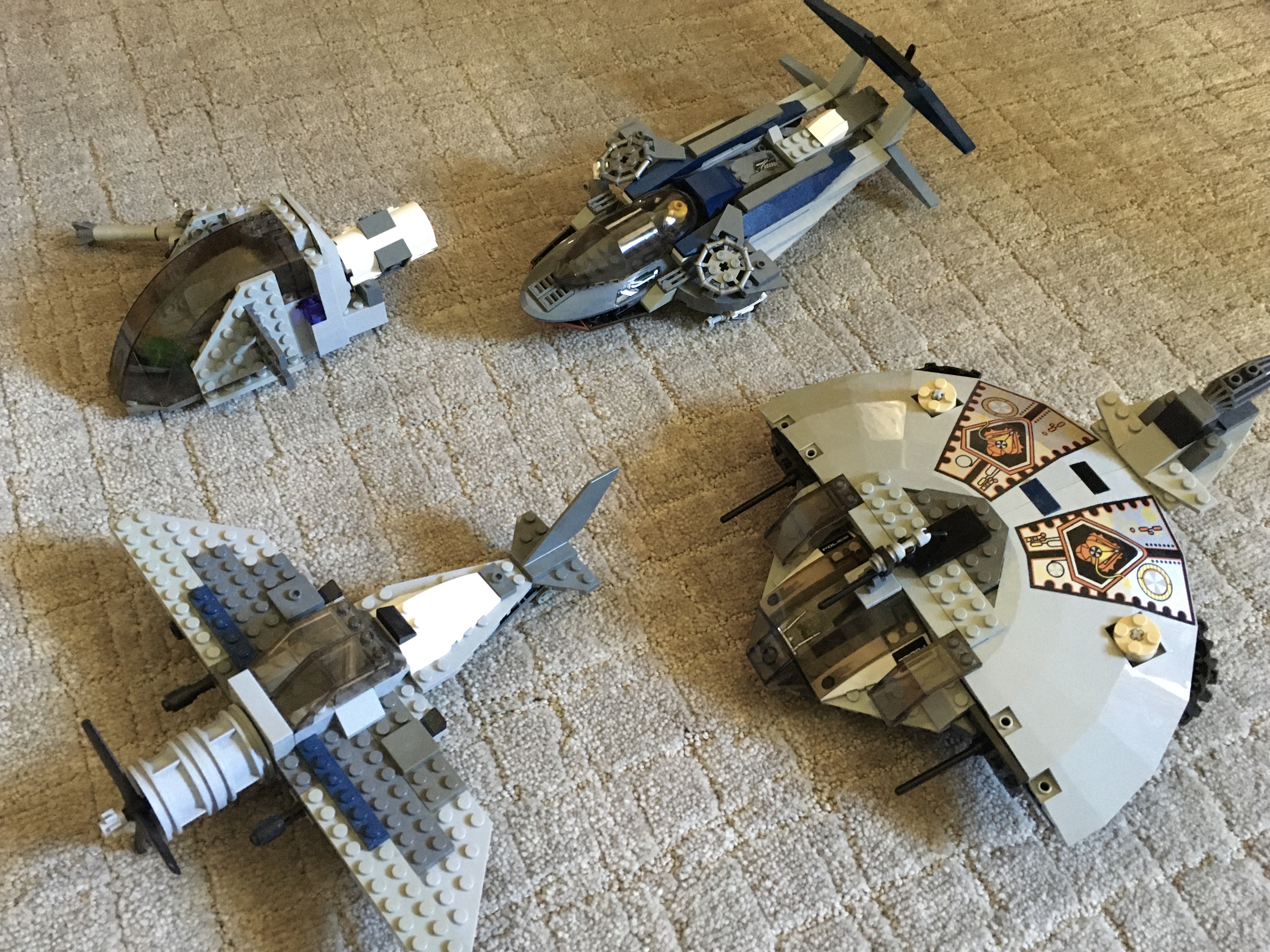 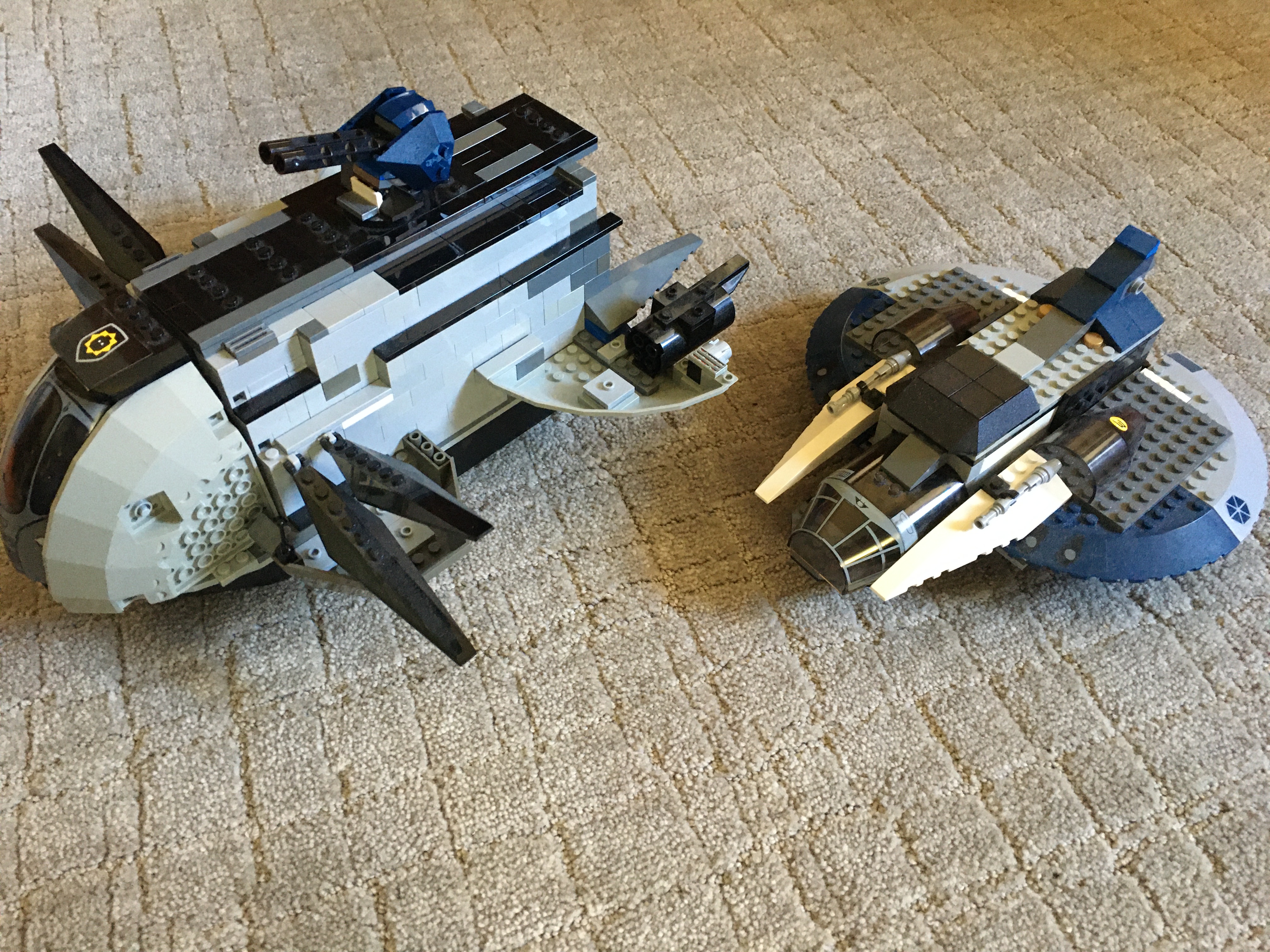 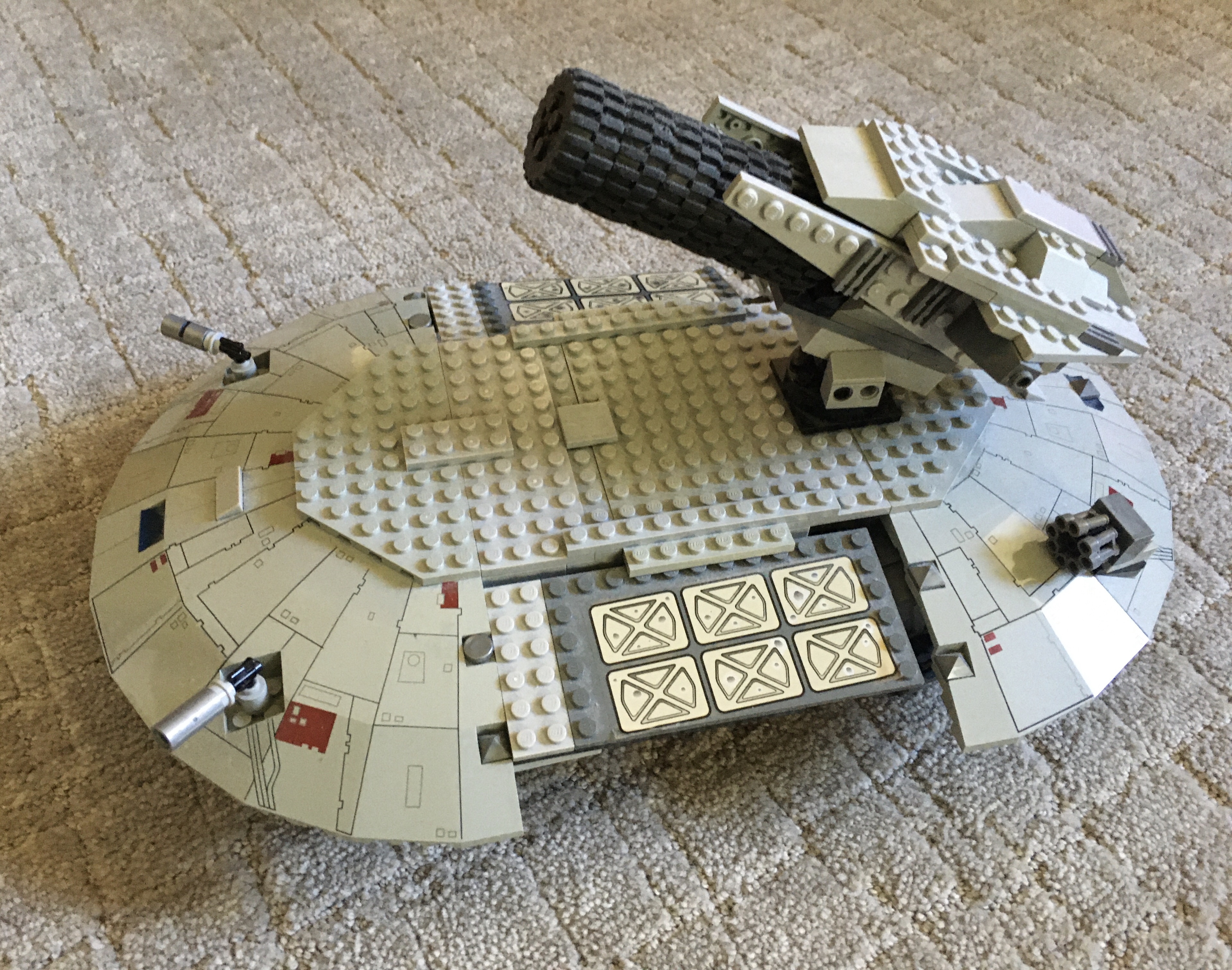 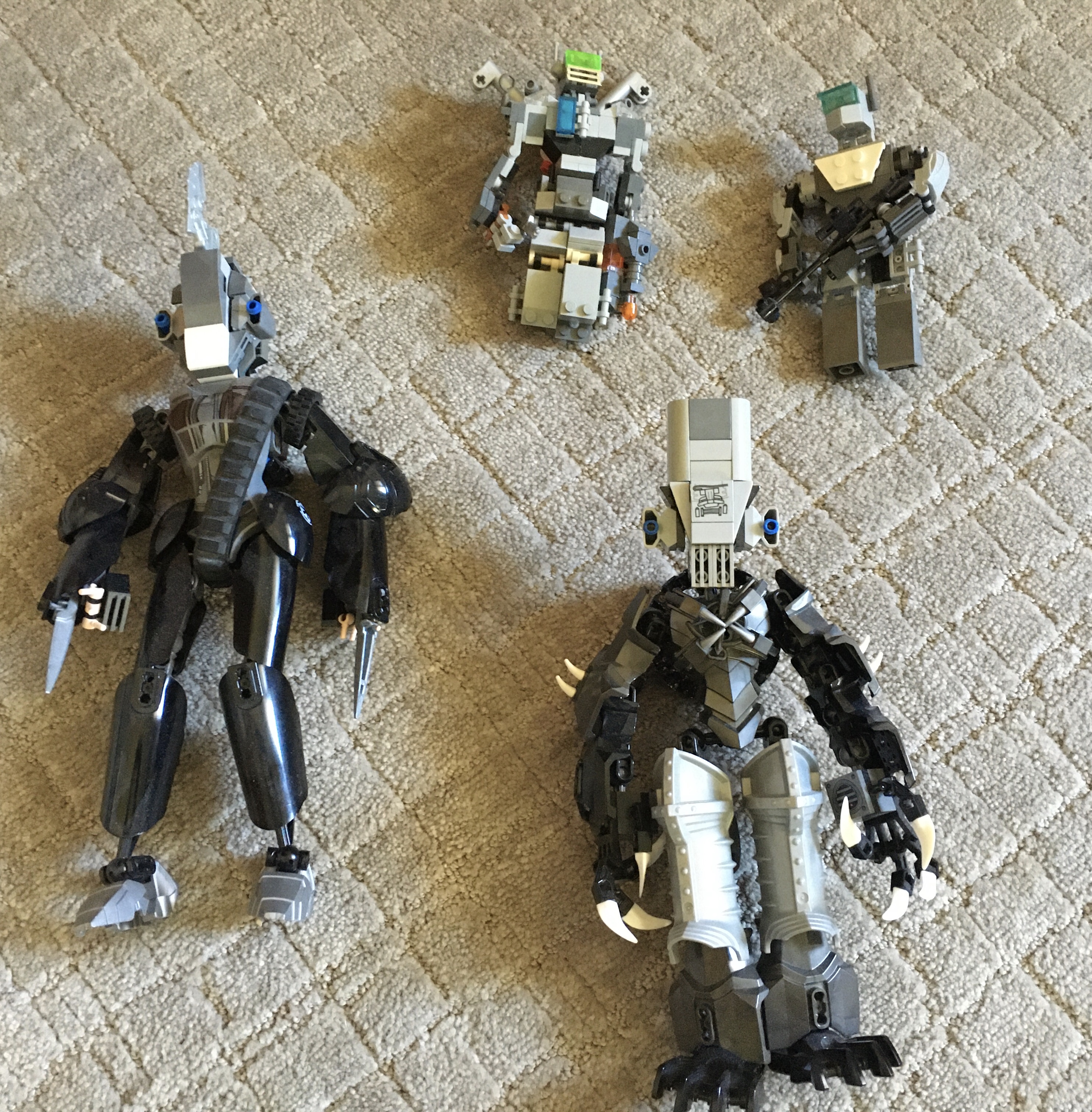 sahasrahla
that is a fantastic question to which no satisfactory answer will be forthcoming
Posts: 863
Joined: Sat Feb 04, 2017 5:40 pm

i really like the head designs on those big mechs
Top

Armoury: The Realm of Frostborne , The United Empires of Esduin / The Story So Far: Frostborne Kronicles
Top
Post Reply
3 posts • Page 1 of 1