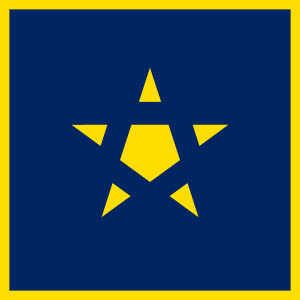 The Settlement Defense Alliance, sometimes referred to as the Monolith Settlement Alliance.. and most often today simply as the "Old Alliance" is a very old group that existed before any of the others in present time in the Monolith Plates,

They started as an alliance of towns and cities to defend against raiders and pirates. Eventually forming a semi professional military. However due to a number of backstabbings and internal fights, the Alliance all but collapsed a long time ago. The vast majority of it's members were either killed off, or defected to other groups.

Today, the Old Alliance maintains a miniscule presence in the realm. Often coming into conflict with pretty much everyone else. Their authority now void, the Old Alliance is nothing but a raving and raging rump state existing in a few pockets across the Alpha territories

The Hancock tank is an obtuse old war machine that was designed in an age when no one else utilized armored vehicles. It proved a vital stepping stone for all other armored development however, as it's frame would be re-used for ages to come in what is known as an "Alliance Armor Template"

The same 8x12 Chassis would be copied and re-used by a number of groups later in history. including the Imperiya Kodiak, Bratva Medved, Echelon Longbow, Black Legion Basilisk, Vorhut Crusader, and a number of other minor factions also utilized designs based off the Hancock Template.


I didn't know what else to call it... so I named it after the Will Smith movie I was watching while building it.

That's a pretty sweet tank, I like the bumper. The troops look cool too.
Fantasy battles - Scifi battles