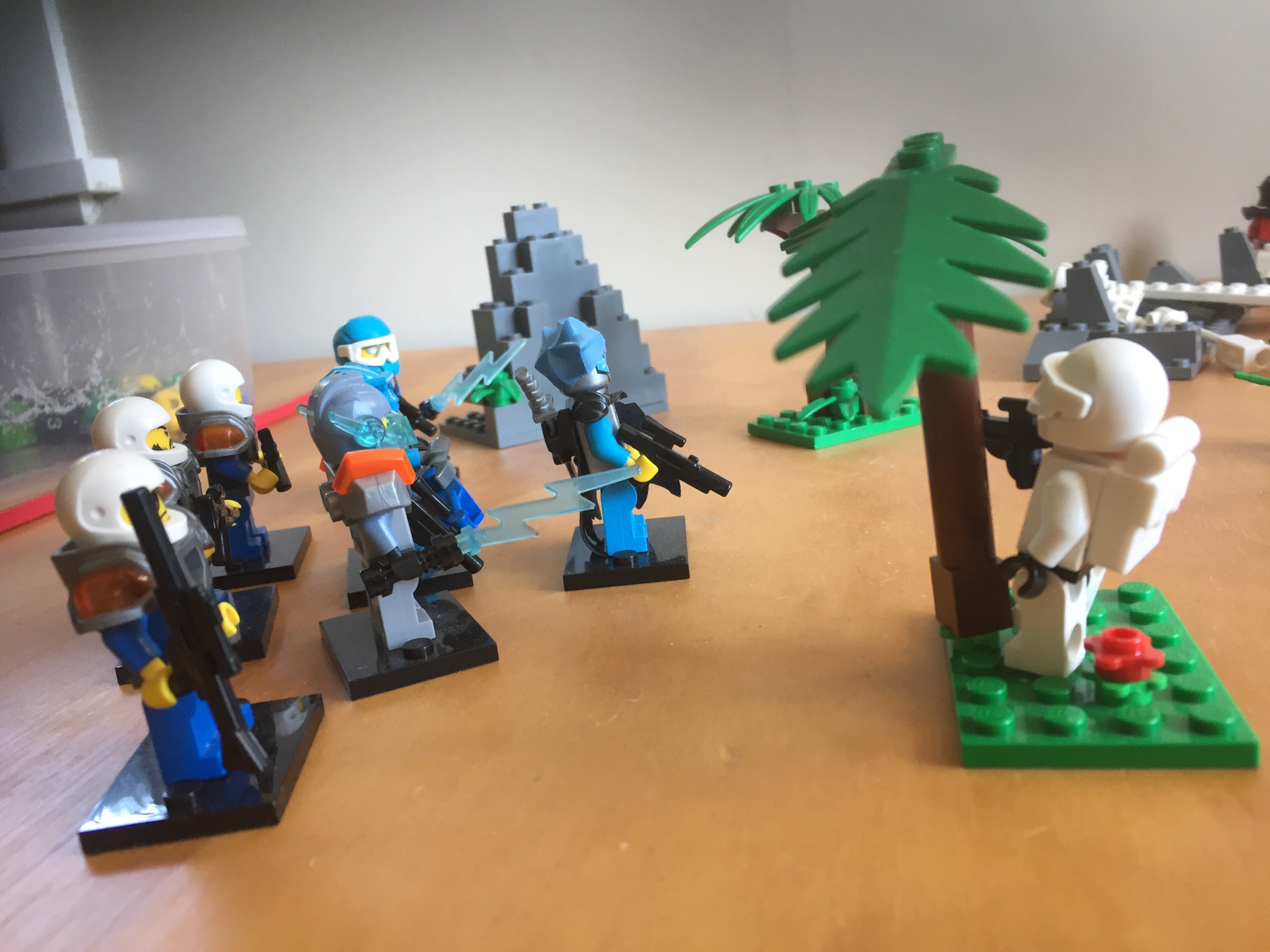 The turn starts with a marine advancing on the contingency and opening fire. The soldier's armour easily absorbs the shot, however. 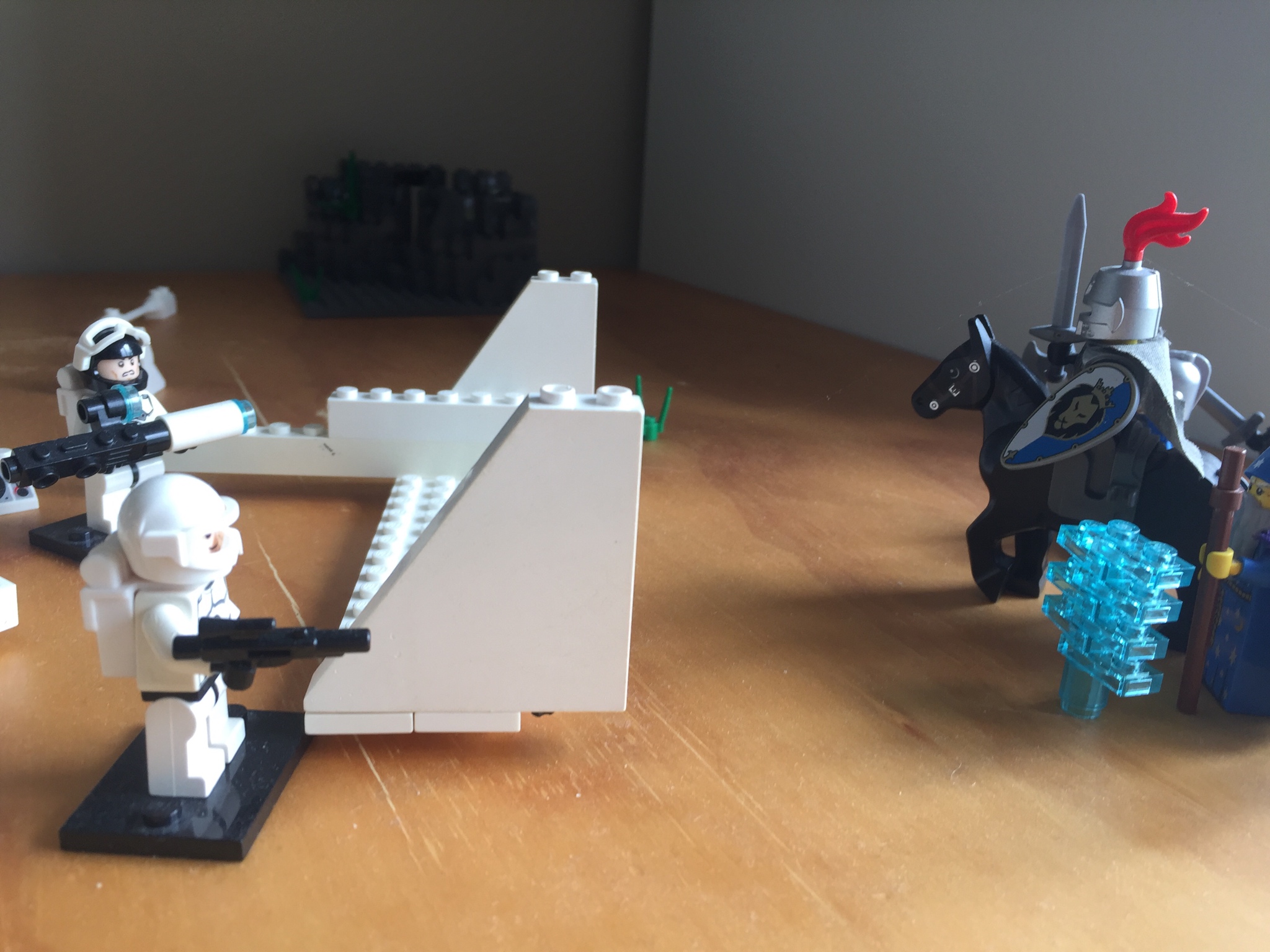 Another marine moves up and opens fire on the wizard, who uses a SN dice to absorb the damage. 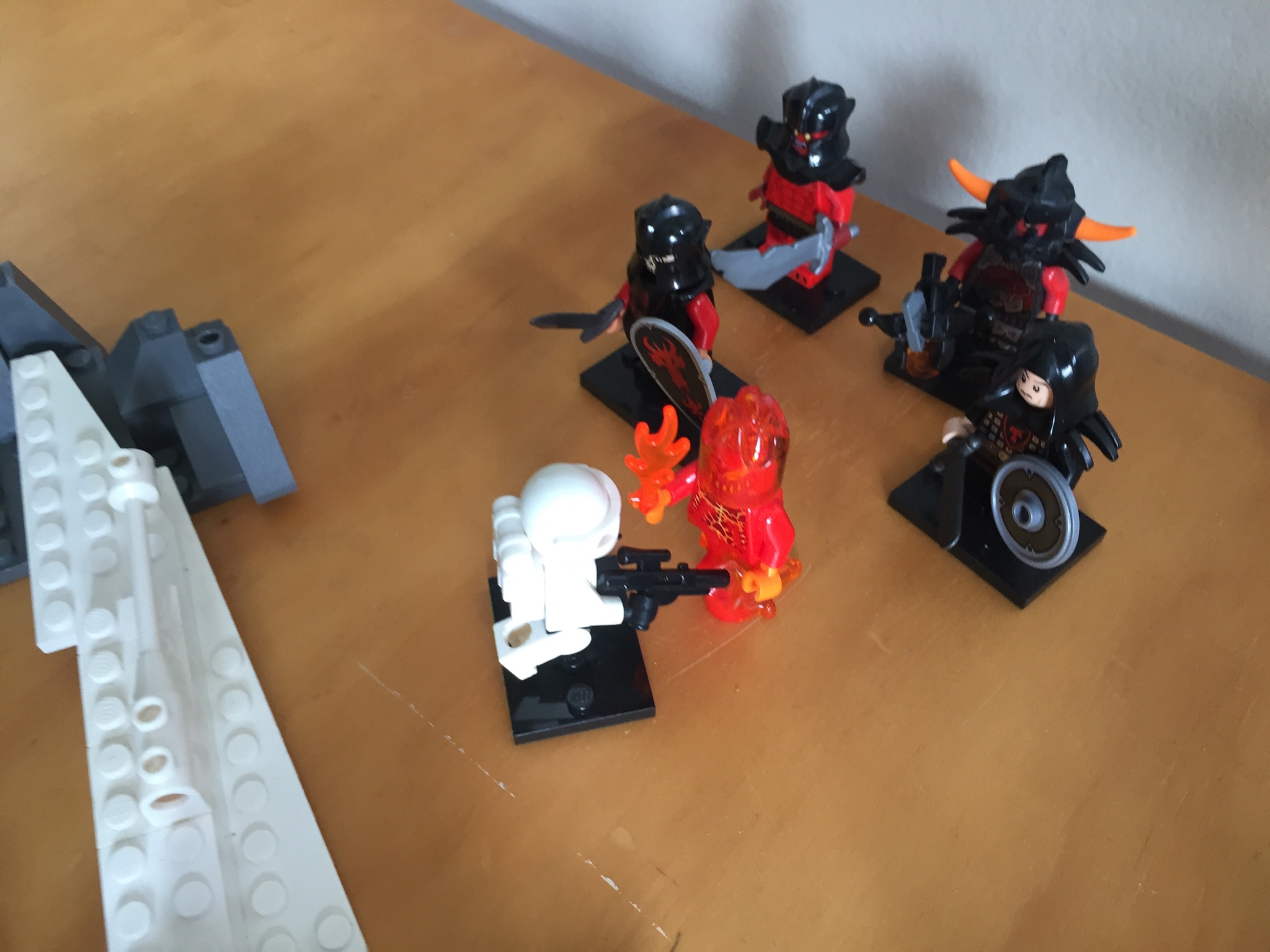 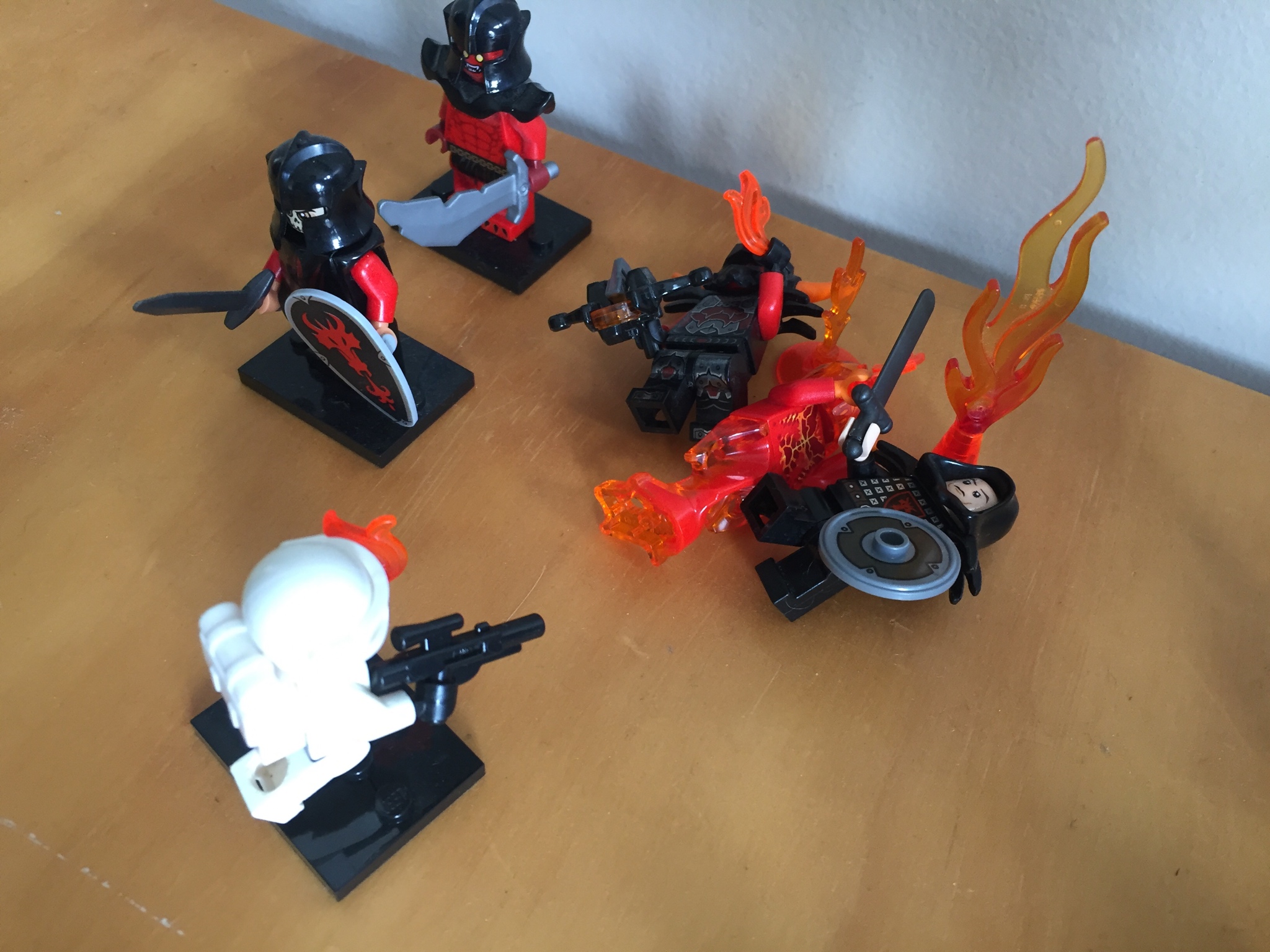 Shoving the fire demon into his allies. The cultist, the demon and the marine all catch fire, but none of them die from it. 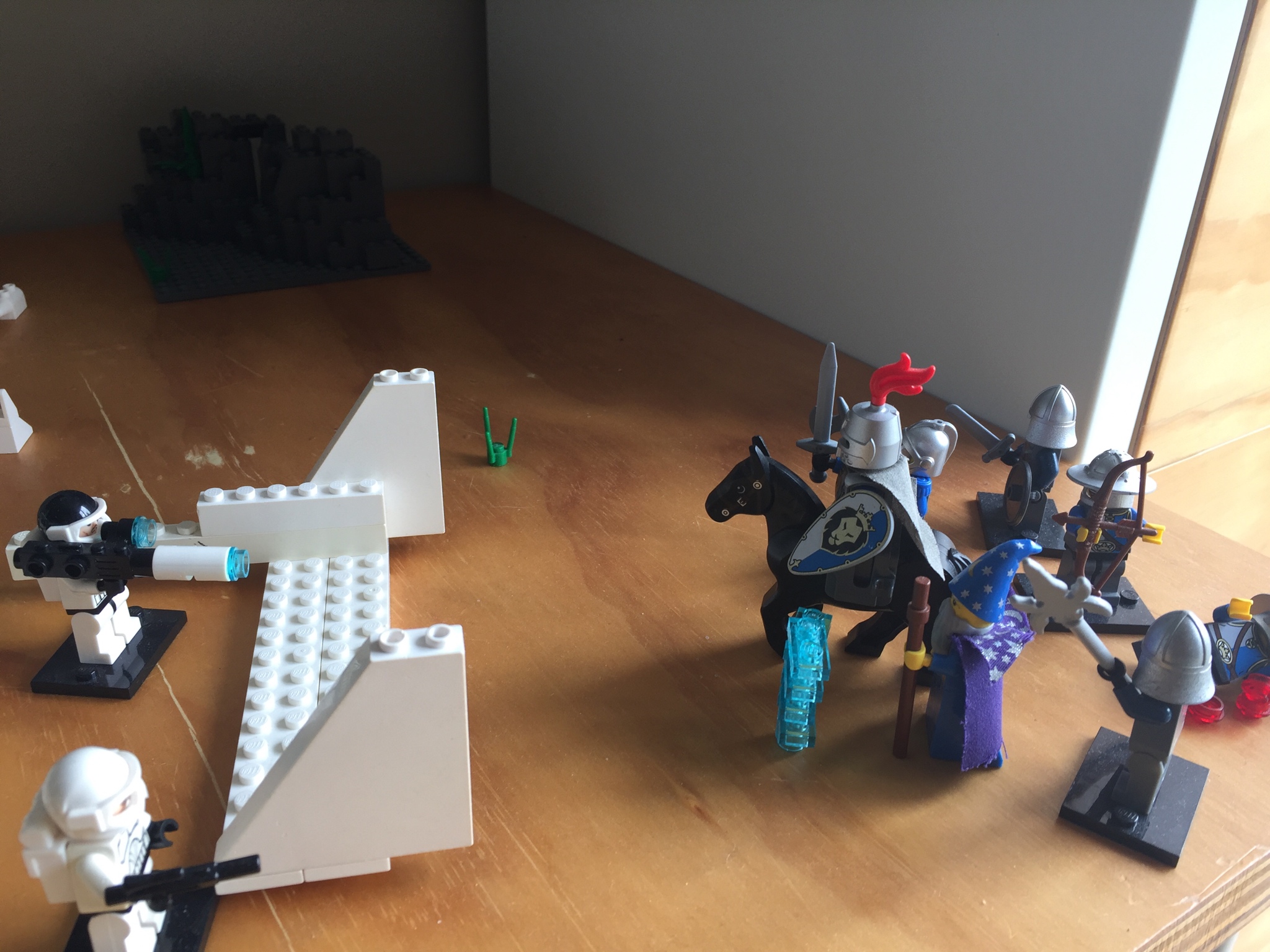 The Heavy marine opens fire on Sir Malnar's party. Sir Malnar easily shrugs off the hit, the wizard manages to stave off the damage using his last SN, but the crossbowman isn't so lucky and is killed, giving the marines first blood! 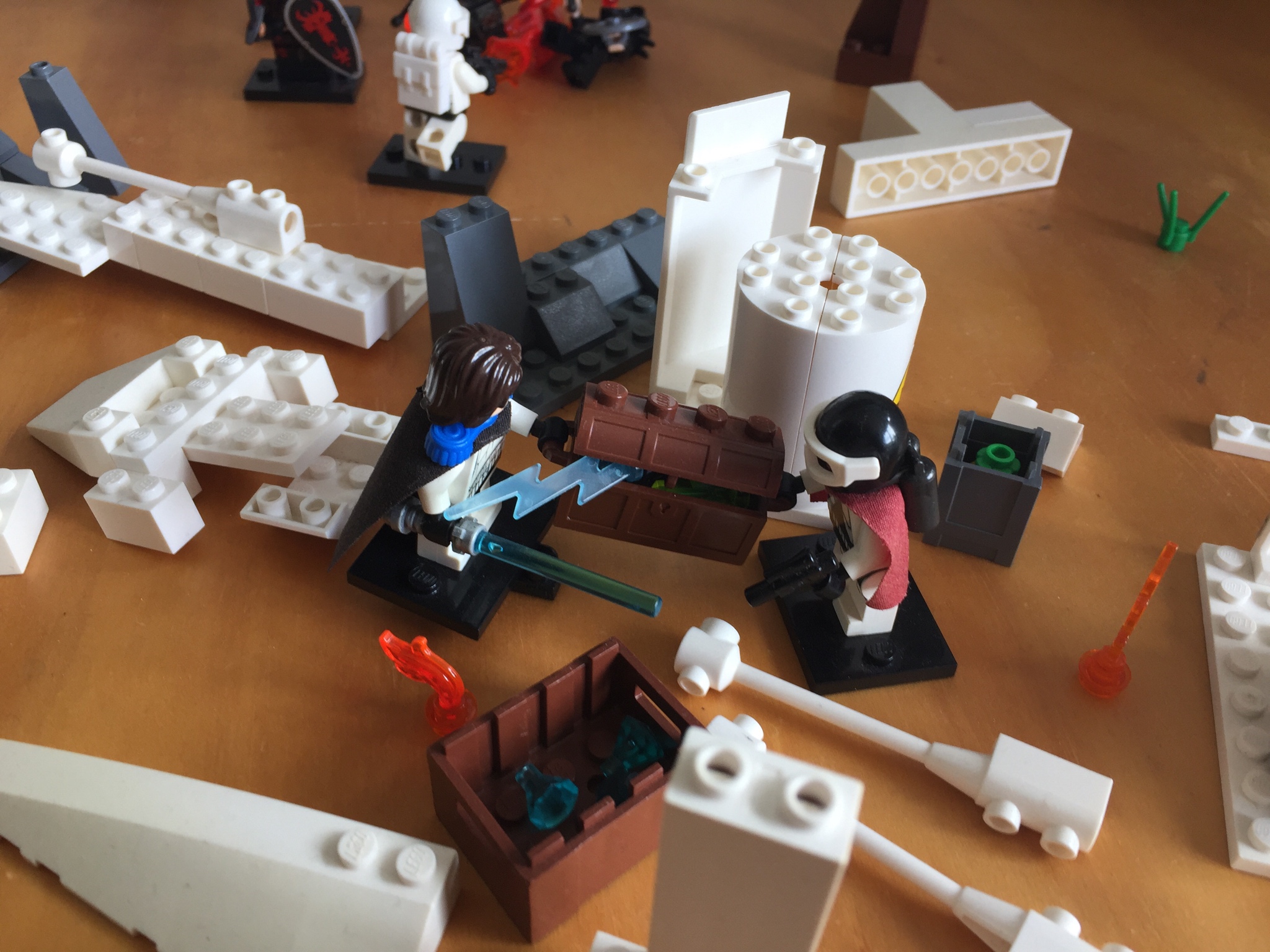 Meanwhile, the Scanla and his sergeant grab the chest and prepare to get out of there. 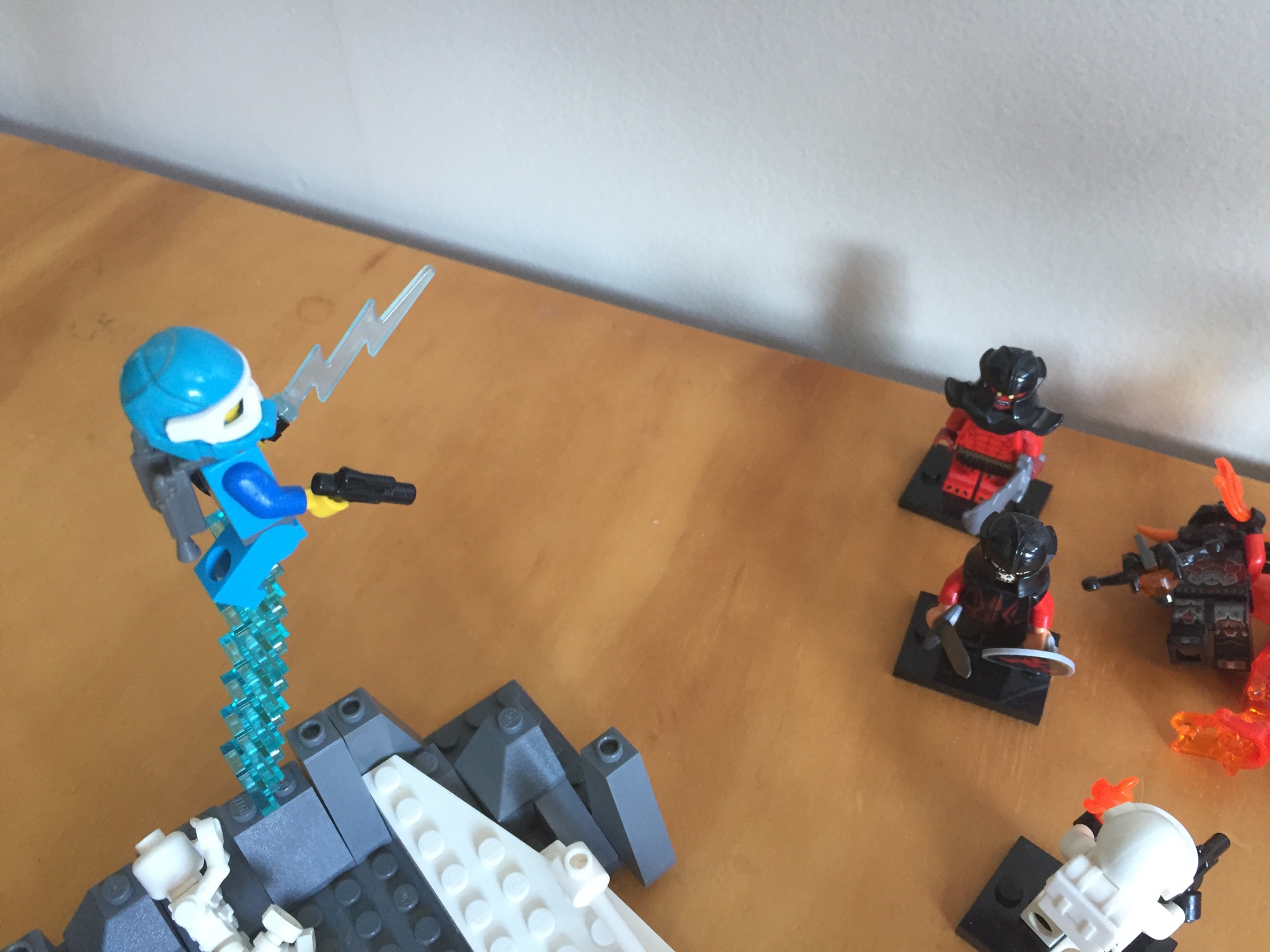 The Orsator jet pack soldier flies towards the demons, opening fire on the sergeant. However, the sergeant's armour easily shrugs off the attack. 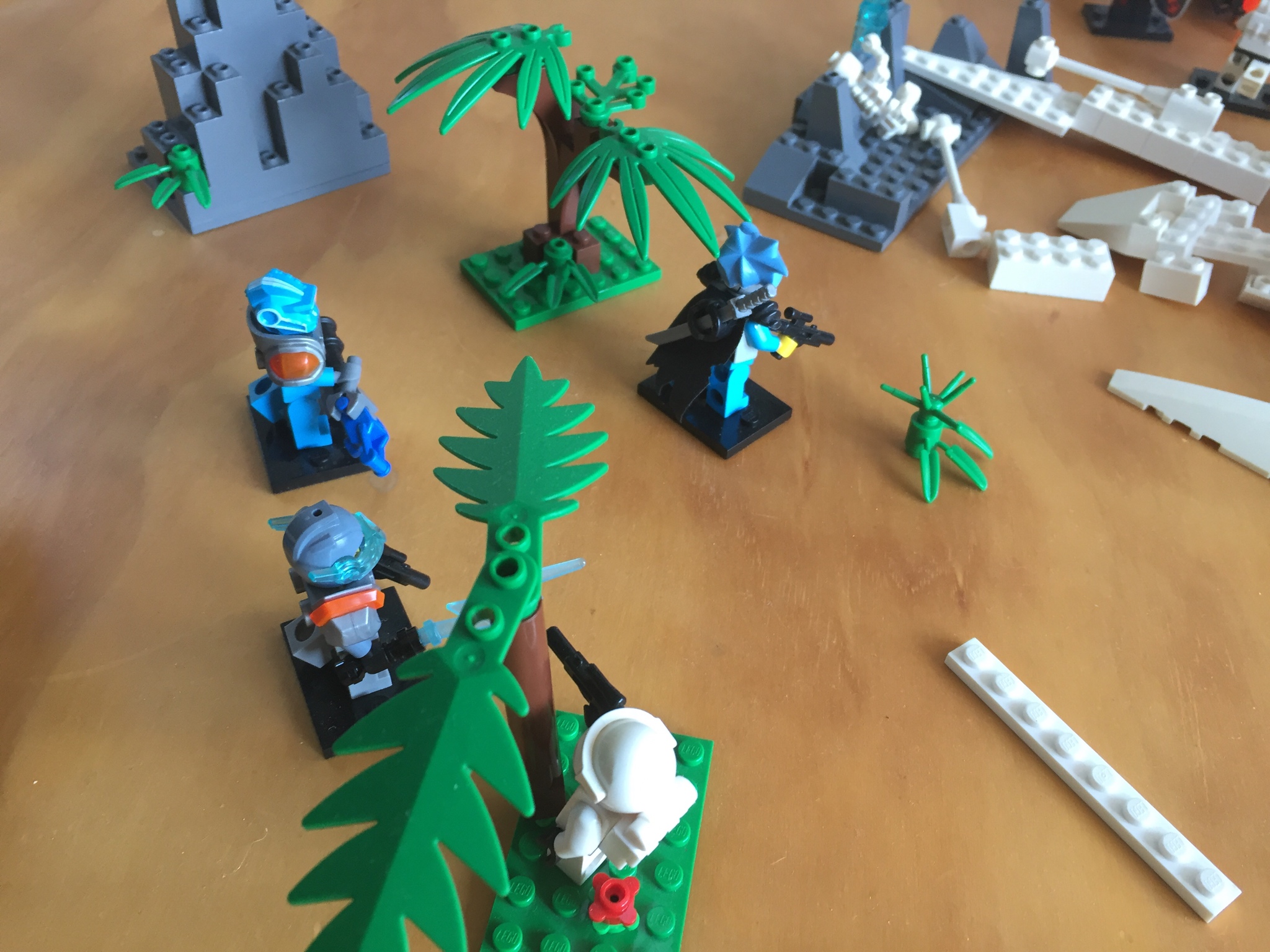 Calar and his officers move forward.

The three soldiers open fire on the marine behind the tree. One of their guns jam but the other two hit... 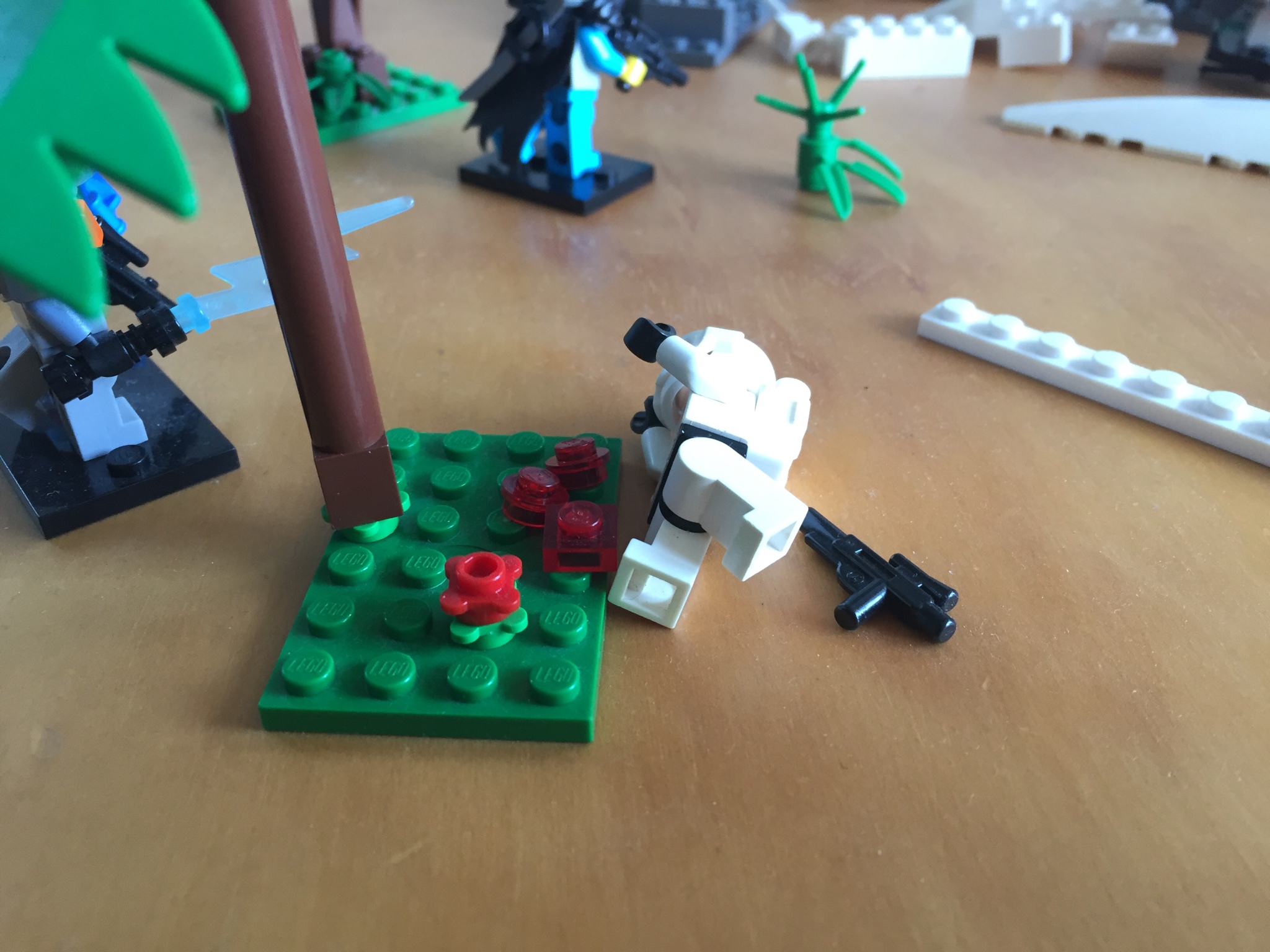 And kill the marine. 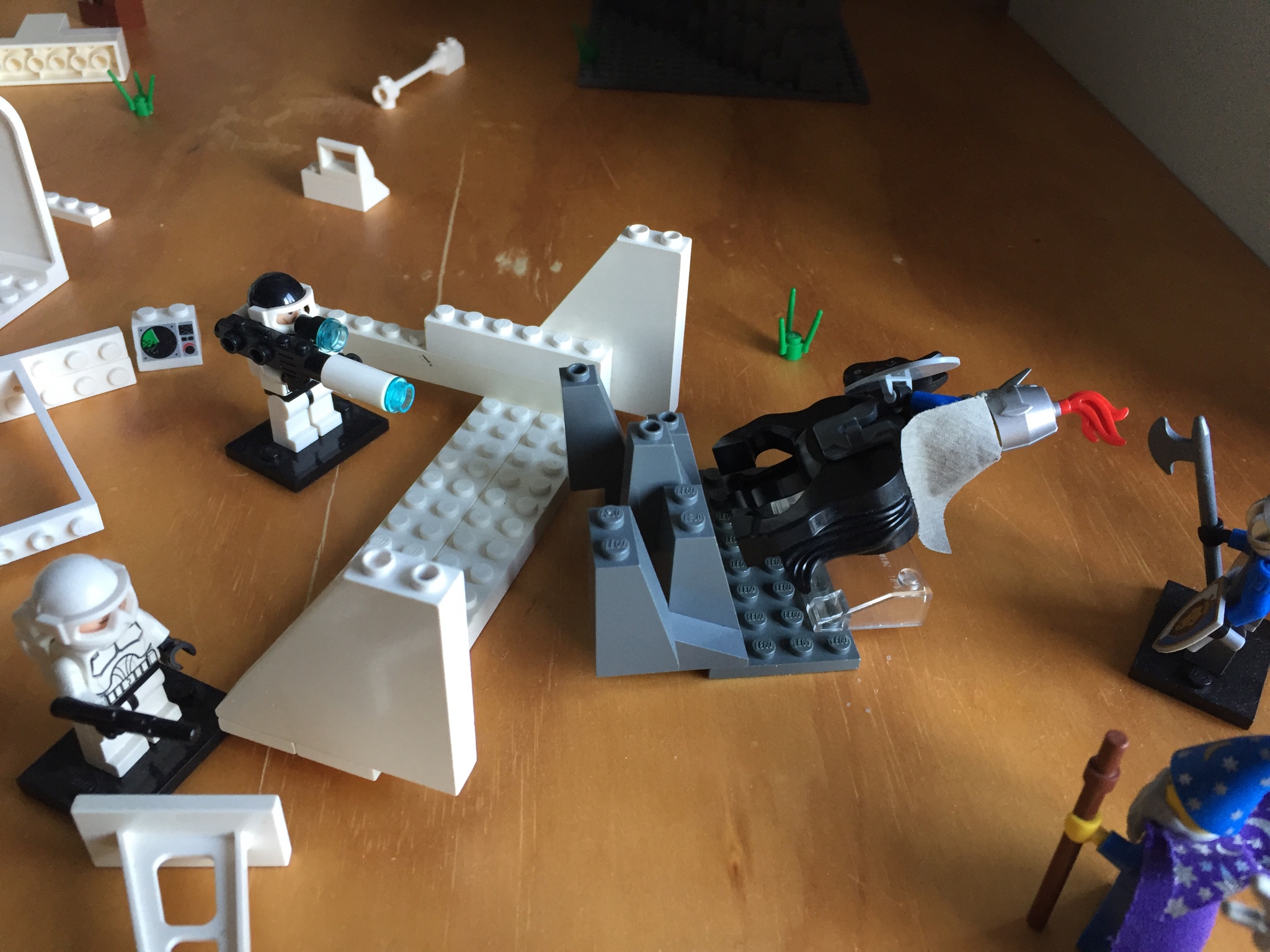 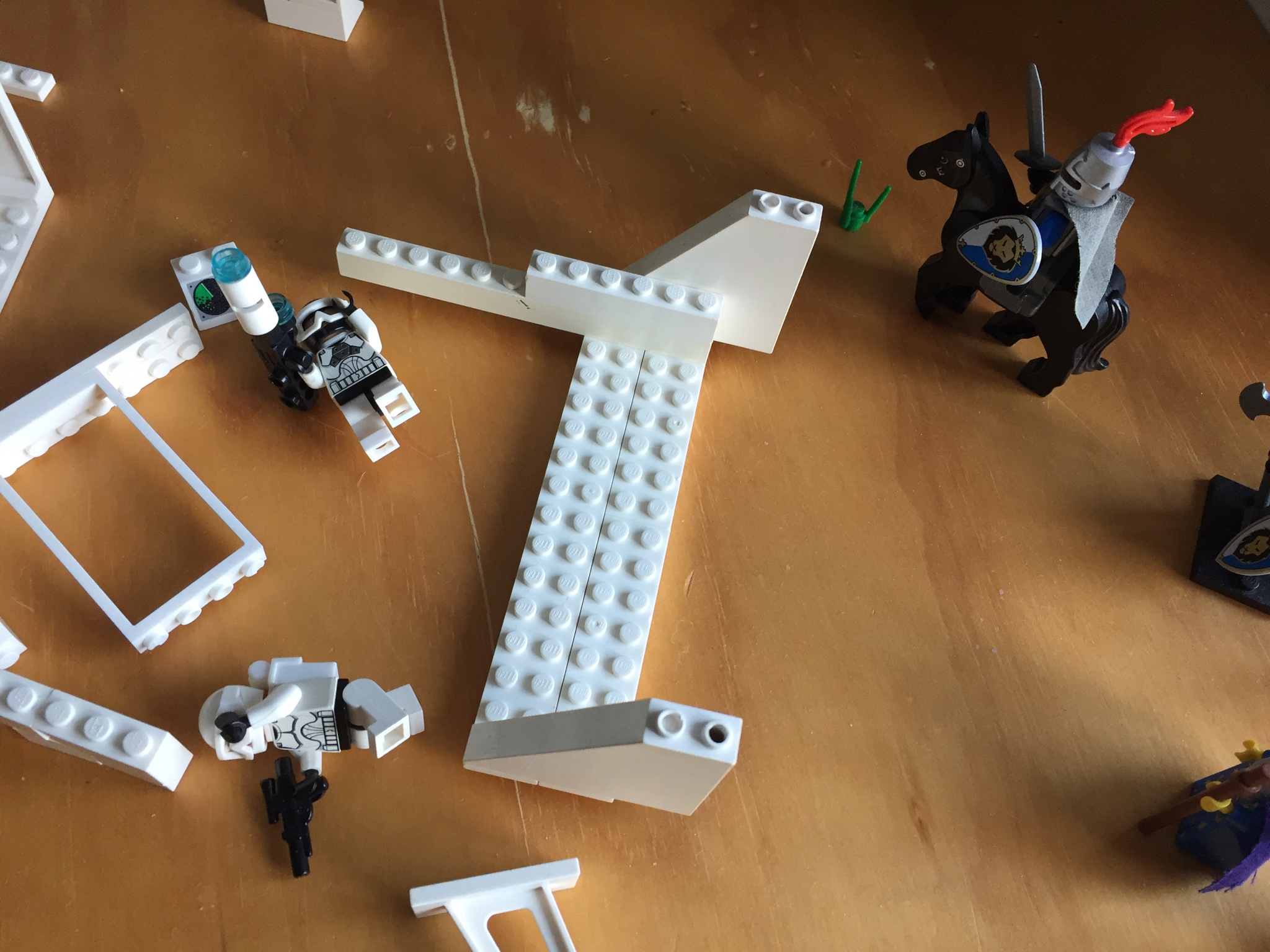 Sir Malnar begins his turn by doing a powerslide on his horse, throwing dust in the marines visors (-2 to skill rolls until the end of their next turn) and disrupting them. 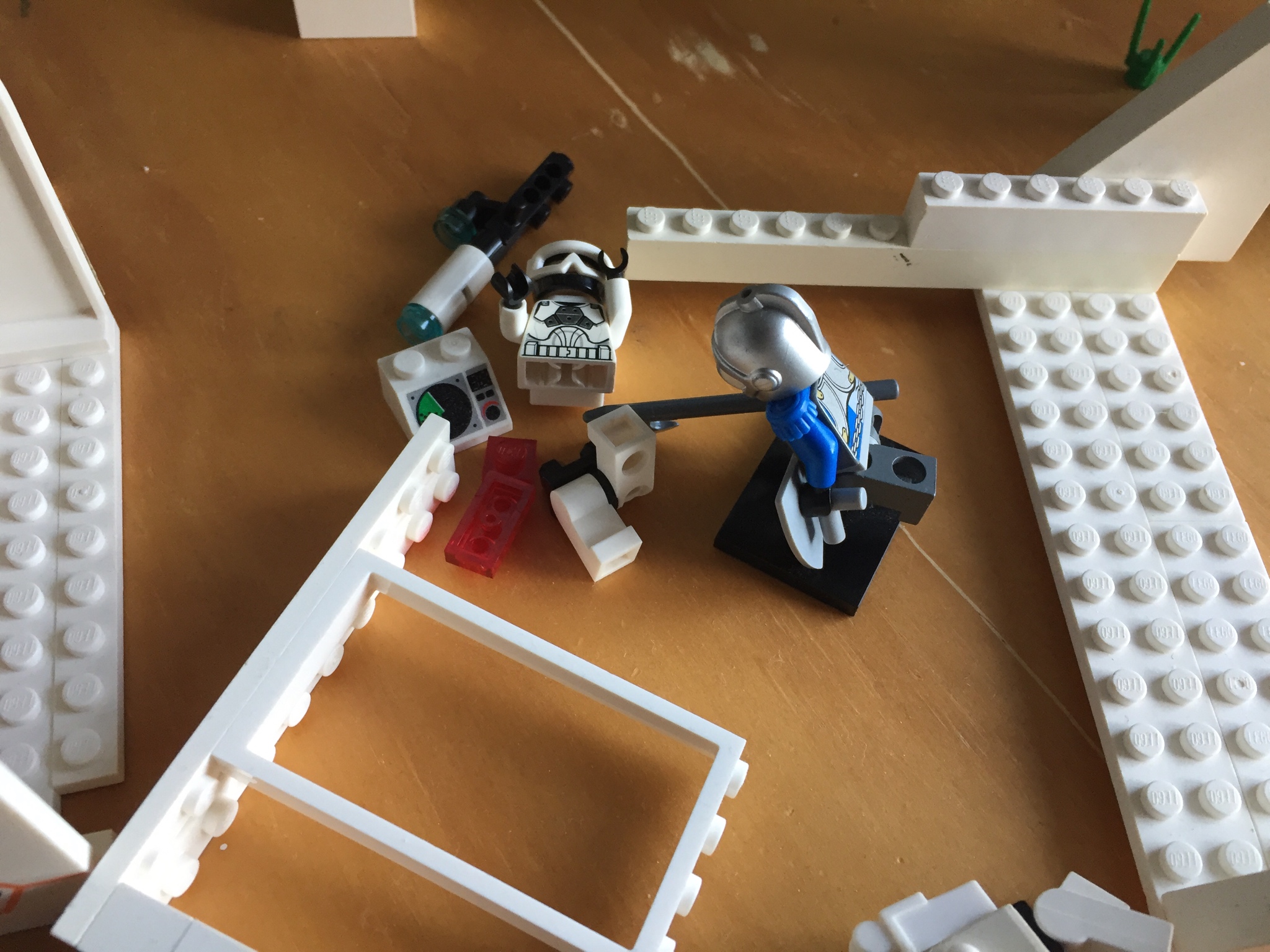 The sergeant charges forward and guts the heavy marine. 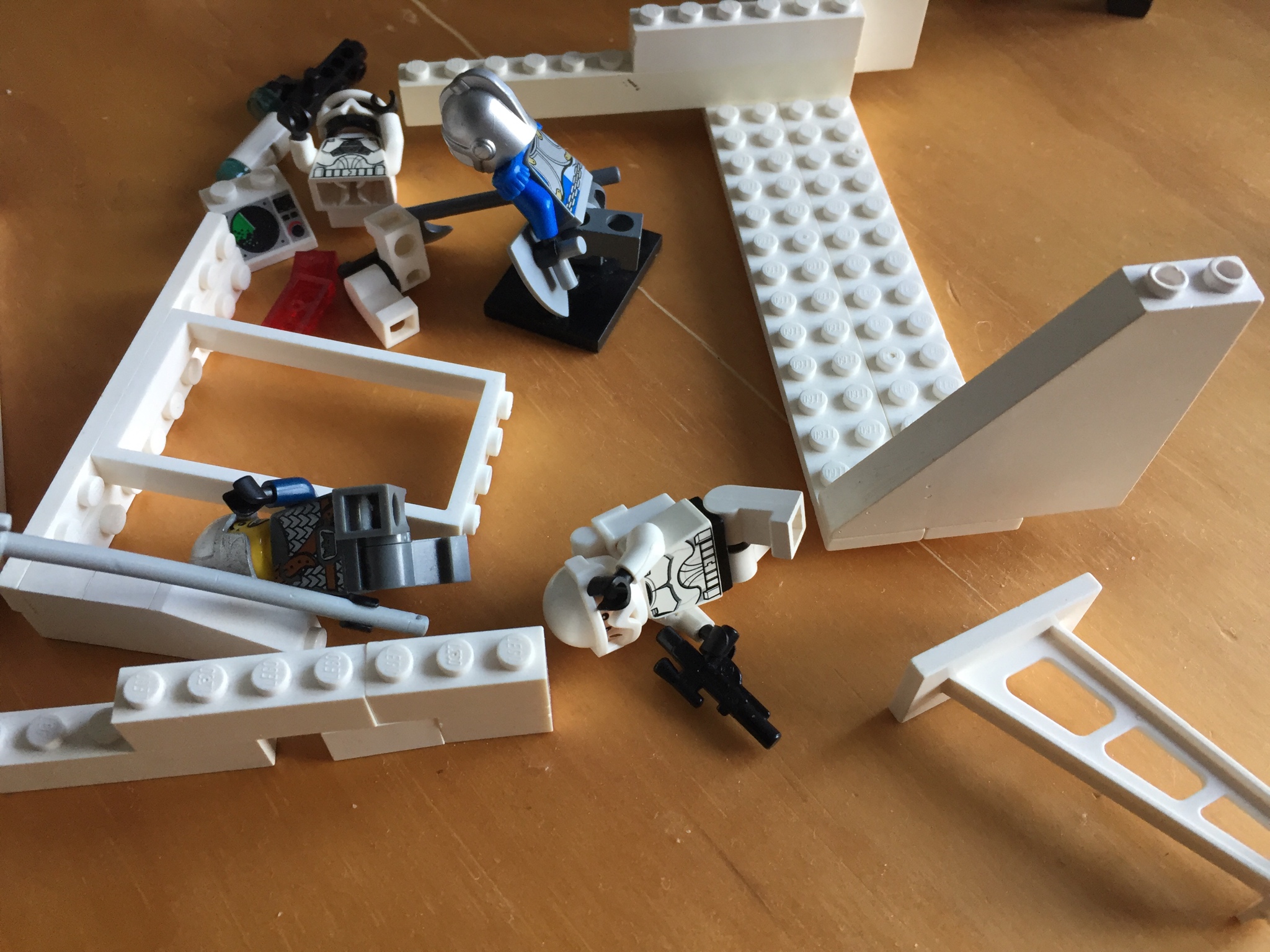 His buddy attempts the same but isn't so successful, instead tripping on the prone marine and getting himself disrupted. 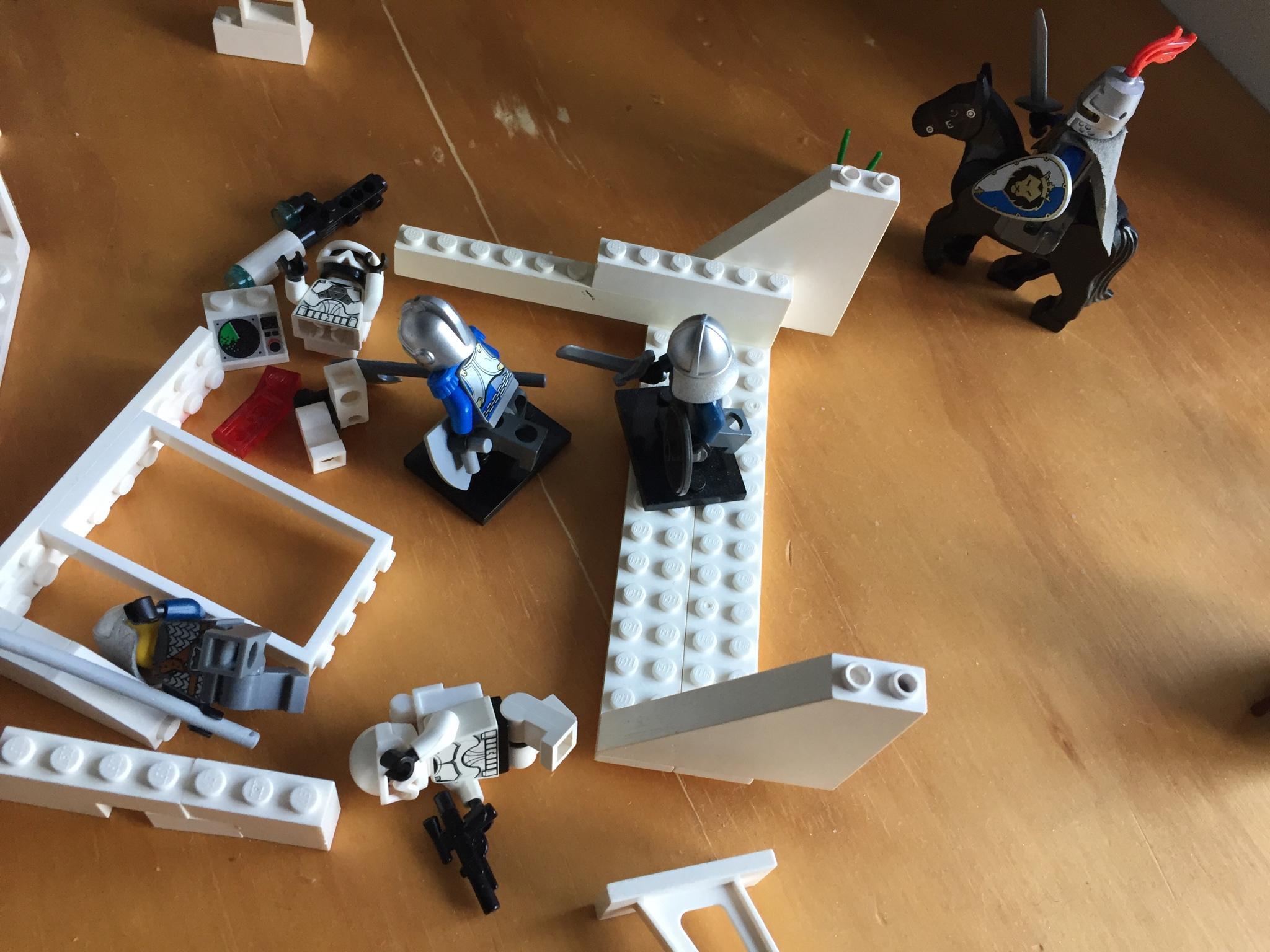 (Unpictured) the archer advances and fires on the marine, but misses. 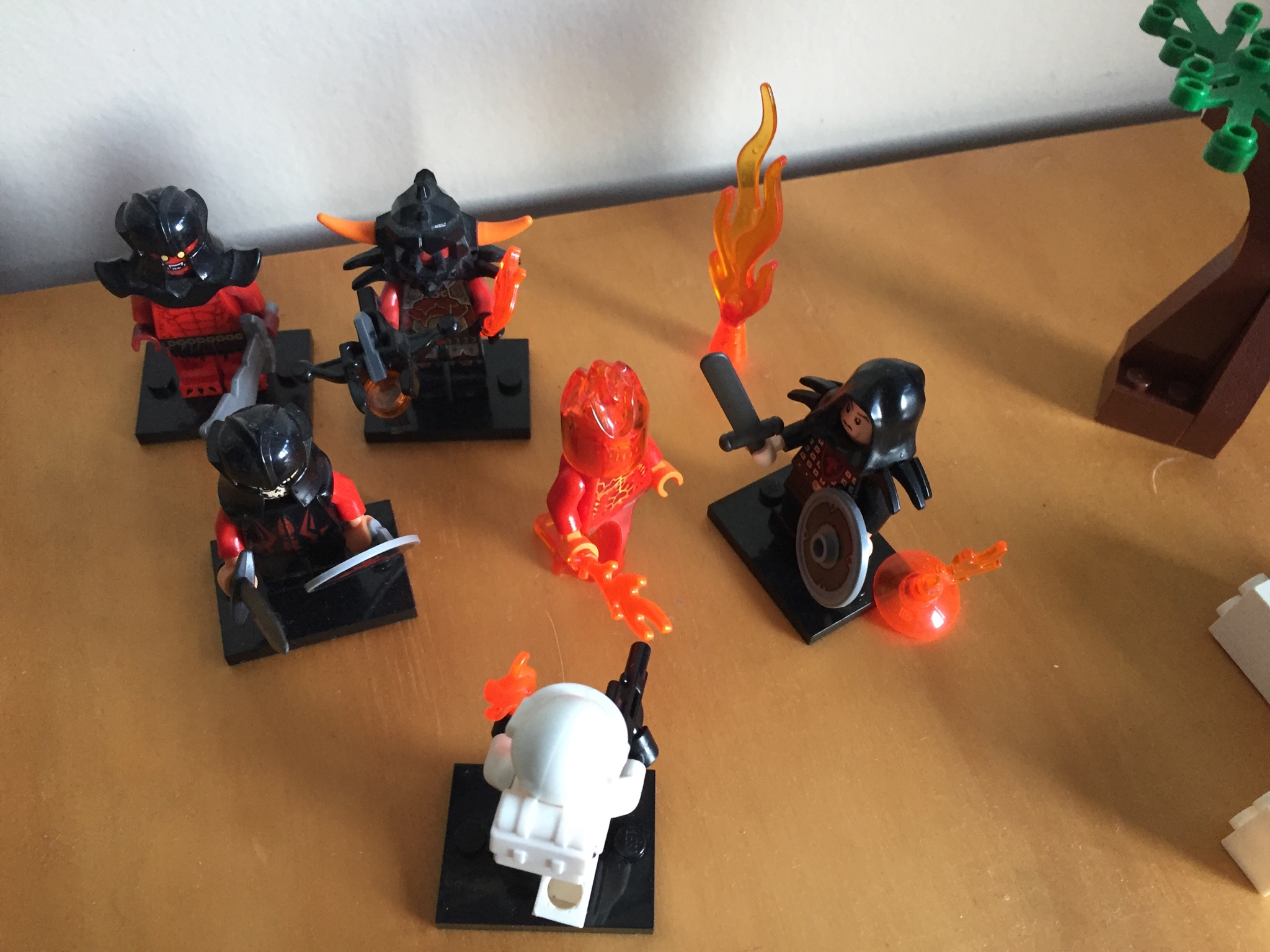 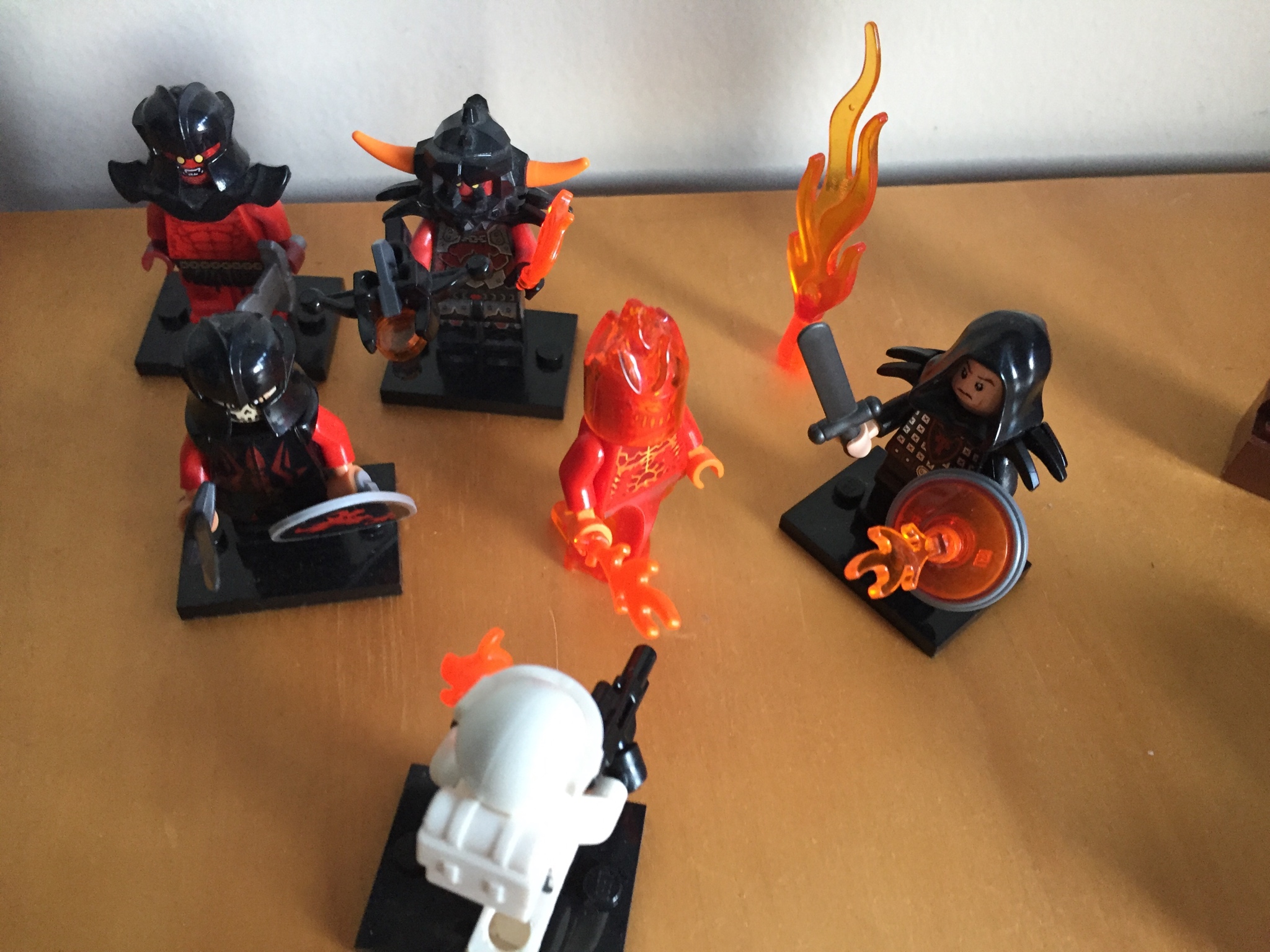 Fire Demon: "Your adaptive attitude is exactly the sort of thing our group needs. Congratulations, you are receiving a bonus! Your shield now has fire!"

Meanwhile, the disrupted demon gets up. 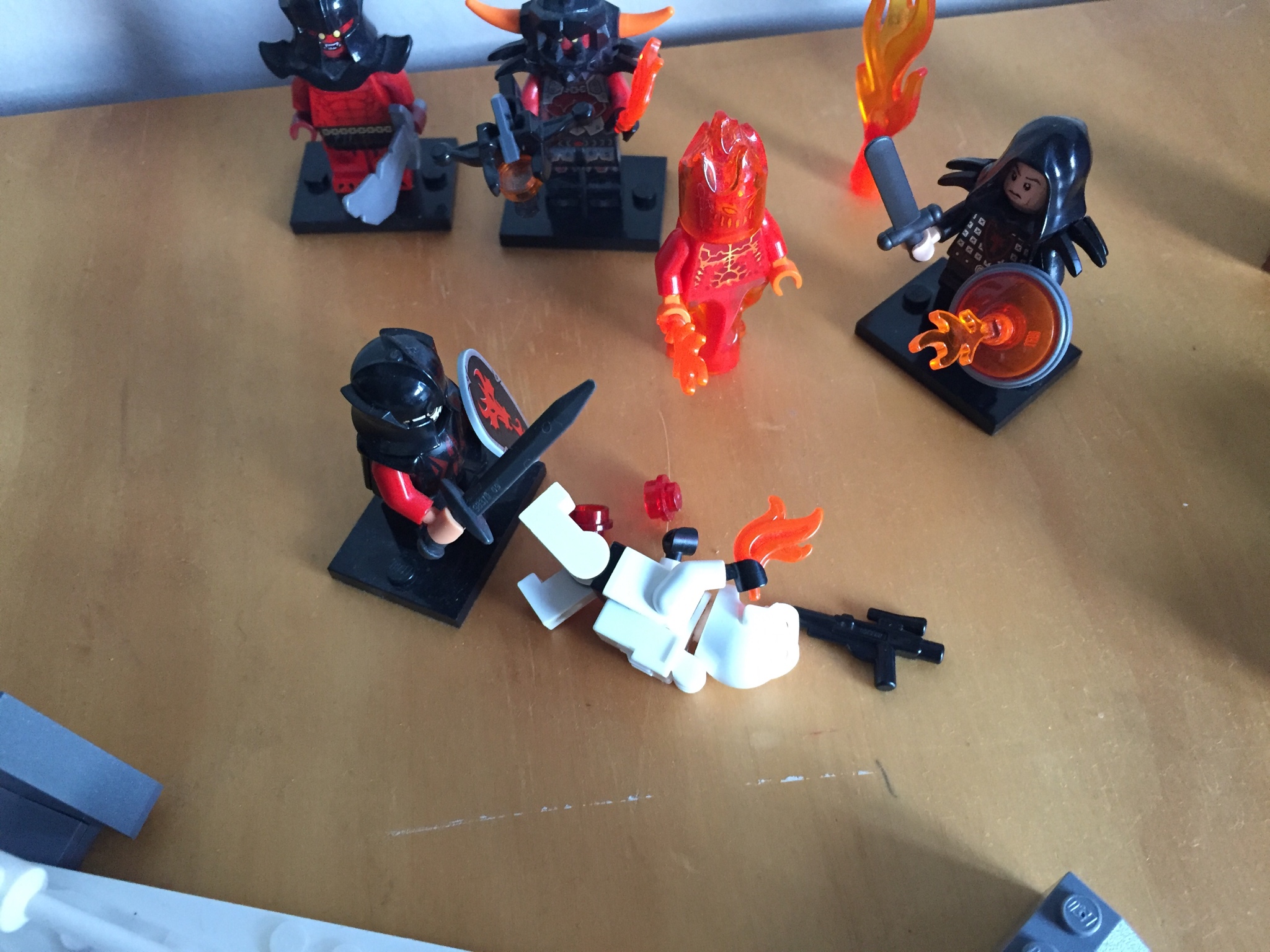 The crossbowdemon attempts to kill the jetpack soldier, but just can't penetrate the armour. 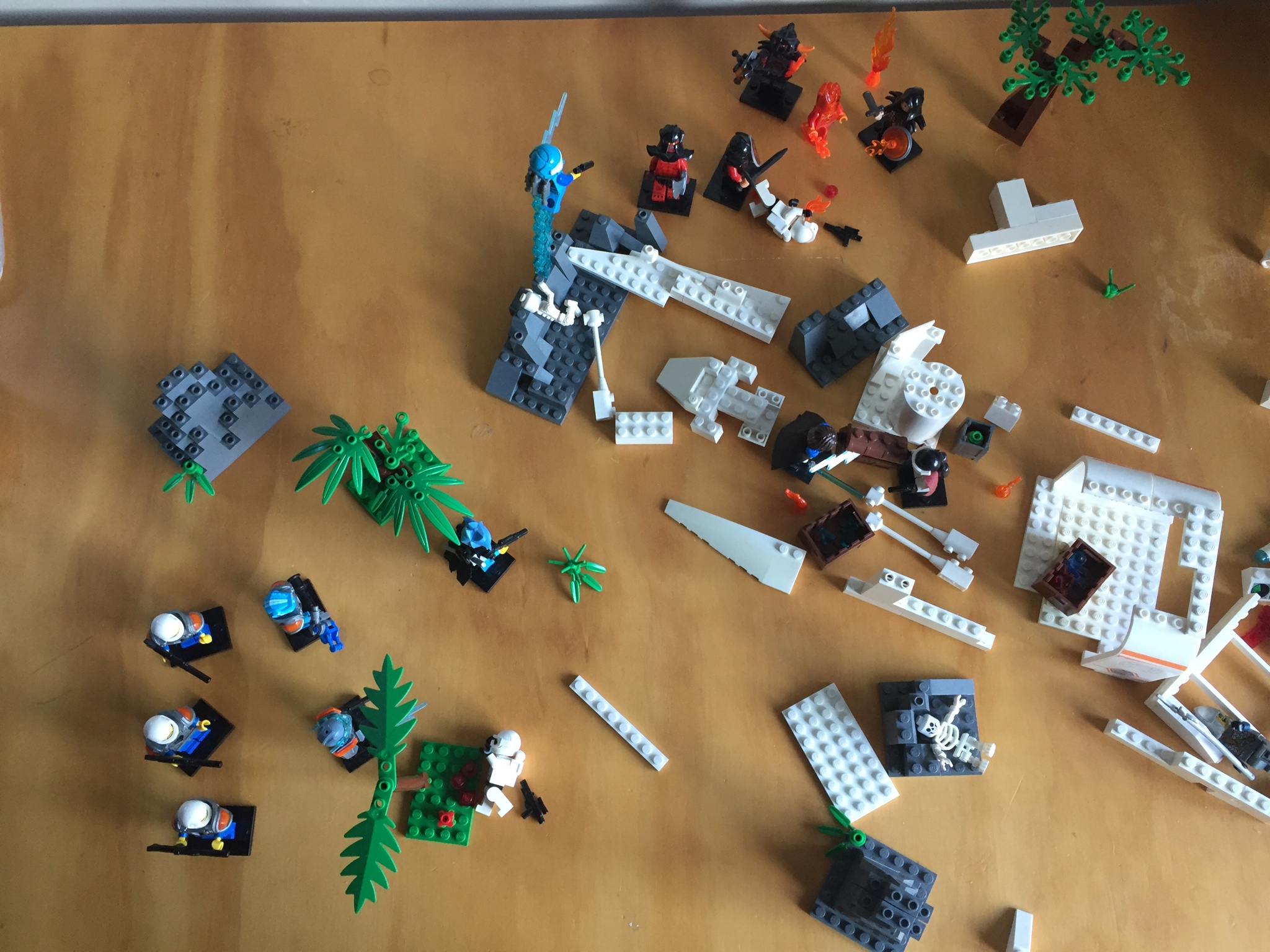 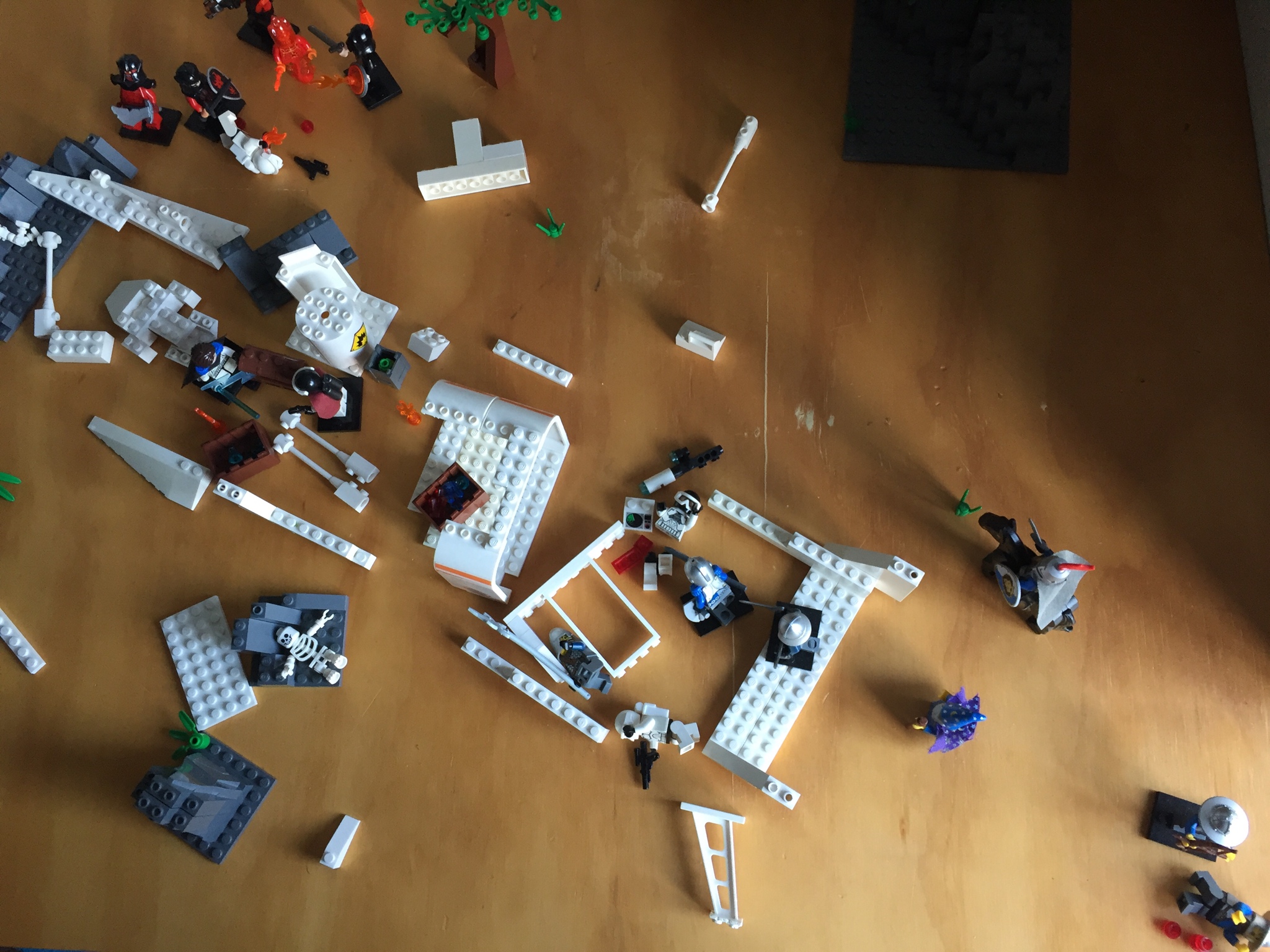 SEND ORDERS FOR TURN 2!
Iran will be the world's Luke Skywalker

Okay, so my melee soldiers will continue to sprint forward to the guys in the middle performing a charge attack if they can. The ranged guy will continue to move up and fire if he is in range. My hero will run over and have the horse kick the big gun on the ground into the guys in the middle hopefully causing it to explode in there midst. the wizard will move up and aid where he can with his magic while using it to protect himself as needed.

John Galt wrote:I swear by my life and my love of it that I will never live for the sake of another man, nor ask another man to live for mine.

So I'm back from holiday and can continue this battle. However, I haven't received orders from Mesostopheles yet. If someone else would like to take over the marines from him, that would be good, otherwise I'll just NPC them. Also, Bisbeedog, if you could confirm that you're still active and will use the secret faction, that would be great. Additionally, the Fire Cultists are still being NPCed, so if someone would like to take control of them that would be good.
Iran will be the world's Luke Skywalker

Well, due to the lack of players, the space it’s taking up and the fact that my sister uses it to blackmail me, I’m going to be finishing this battle now. Thanks to everyone who participated.
Iran will be the world's Luke Skywalker