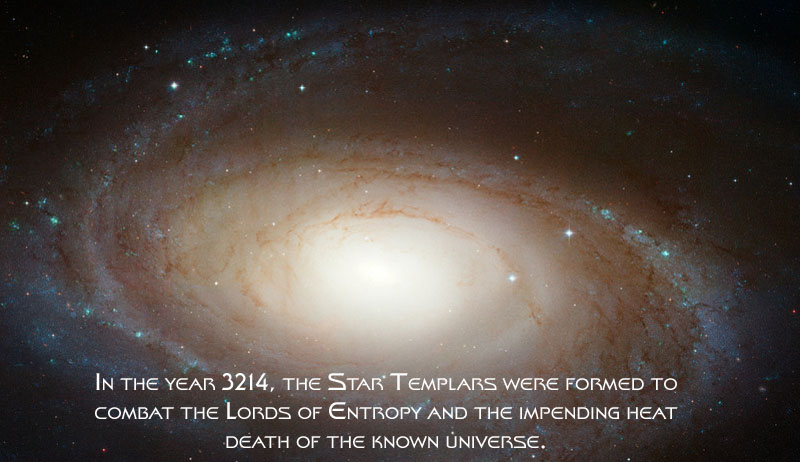 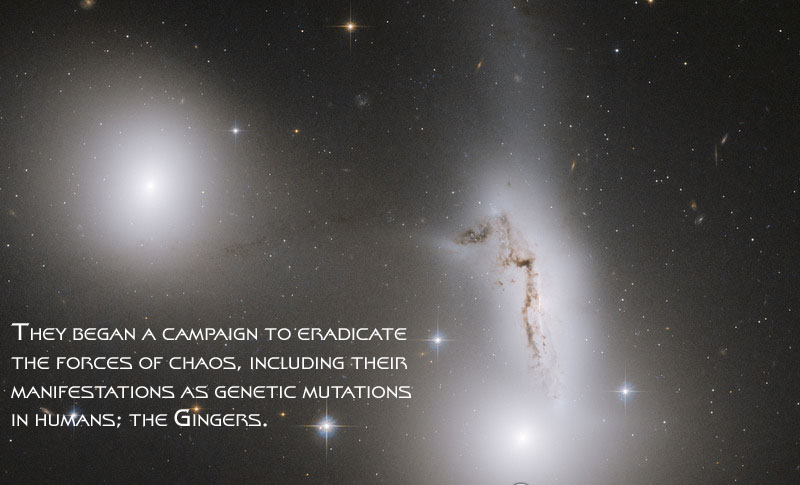 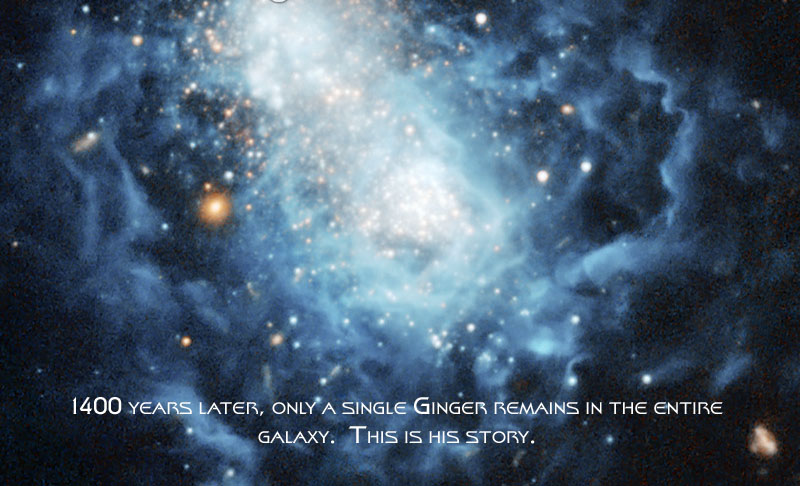 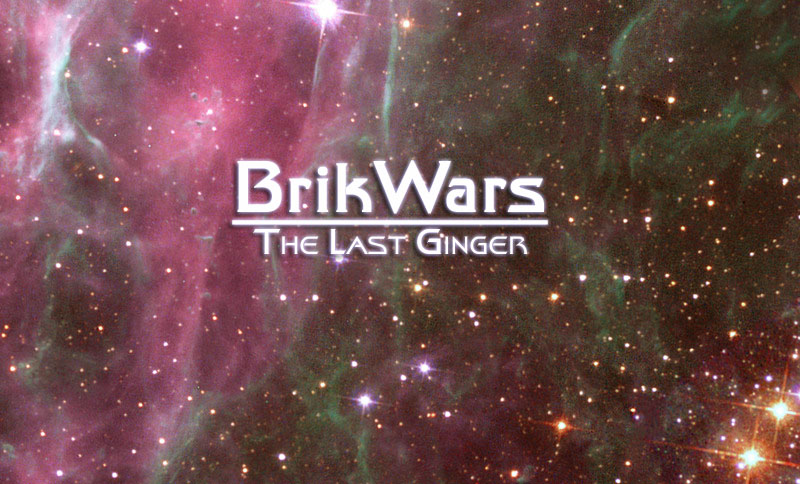 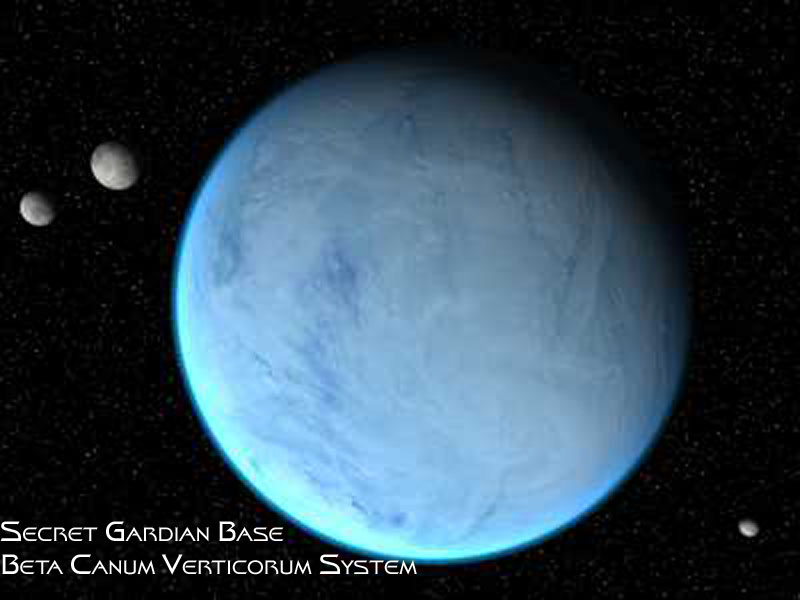 Ohhhhhh epicness... wait what were is the carnage gore and funny lego deaths
I like to look my enemy in the face through a high powered sniper rifle 2 miles away

Sorry for my boneriffic inability to spell.
Top 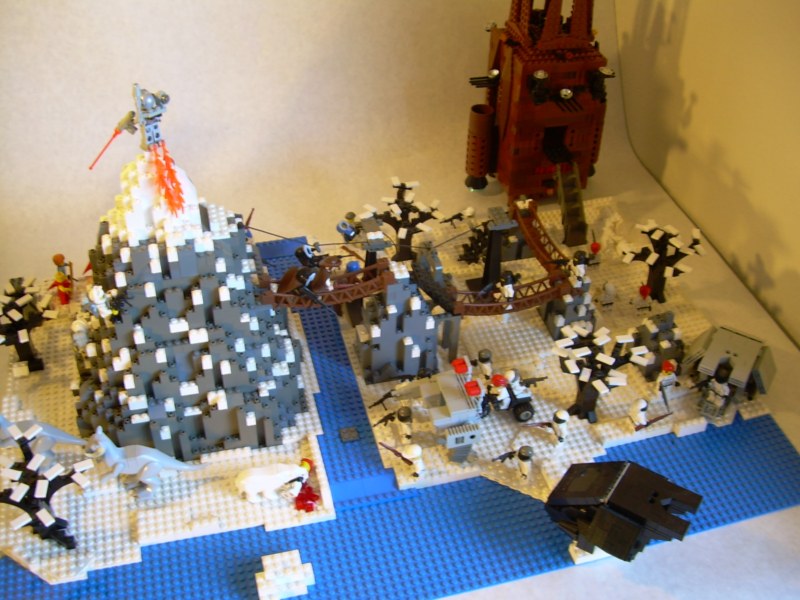 The battle opens on Beta Canum Verticorum System. The Star Templars have landed at the landing pad for the Gardian Ark, hoping to cut them off before they can escape with the Last Ginger. 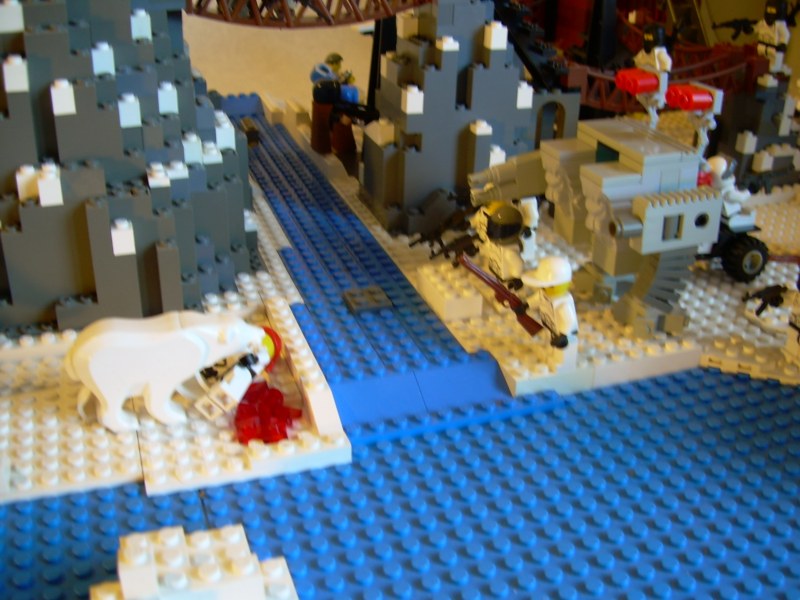 However, the Gardians respect all life, and are aided by the forces of nature. 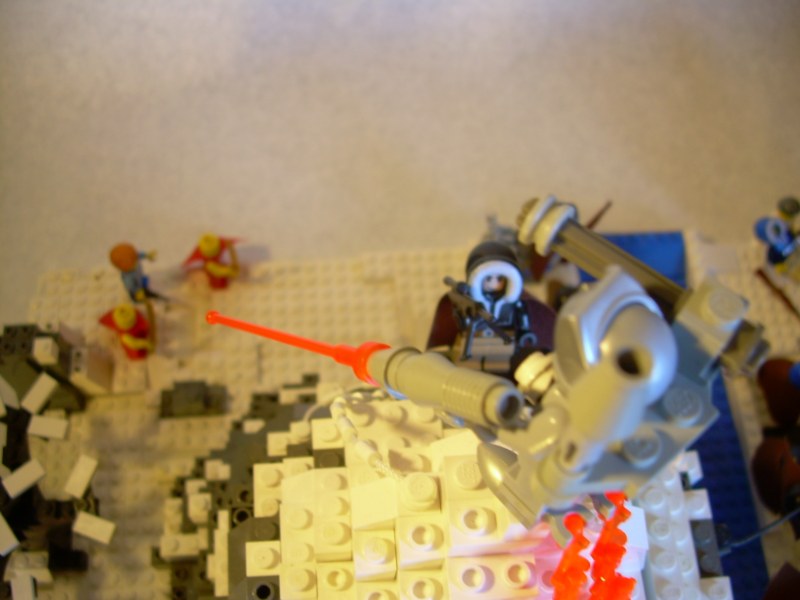 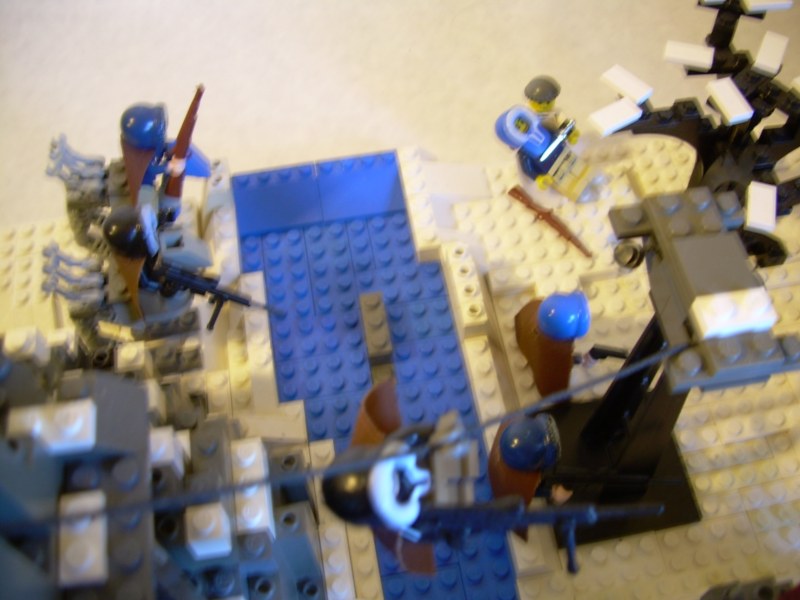 Gardian Snow Commandos on zip-lines and Mechanostriders cross the icy river to hold back the Star Templars. 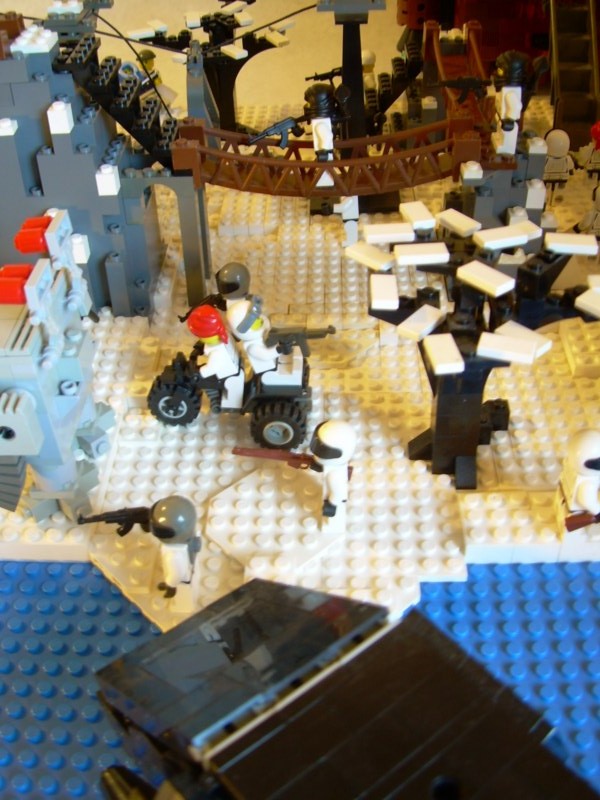 The Star Templars attempt to flank the Gardians with their tricycle and Dreadnaught. 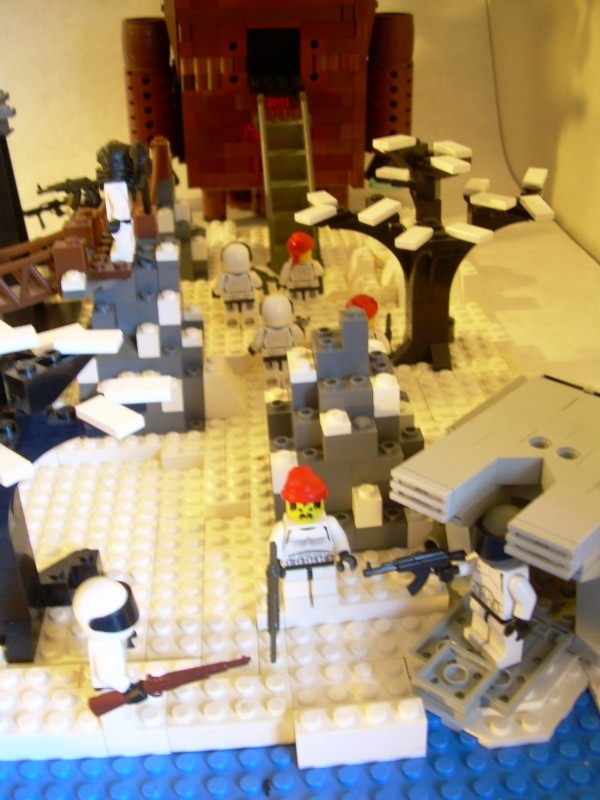 A few of them decide to just chill by the shuttle and trade theories on the upcoming series finale of LOST. 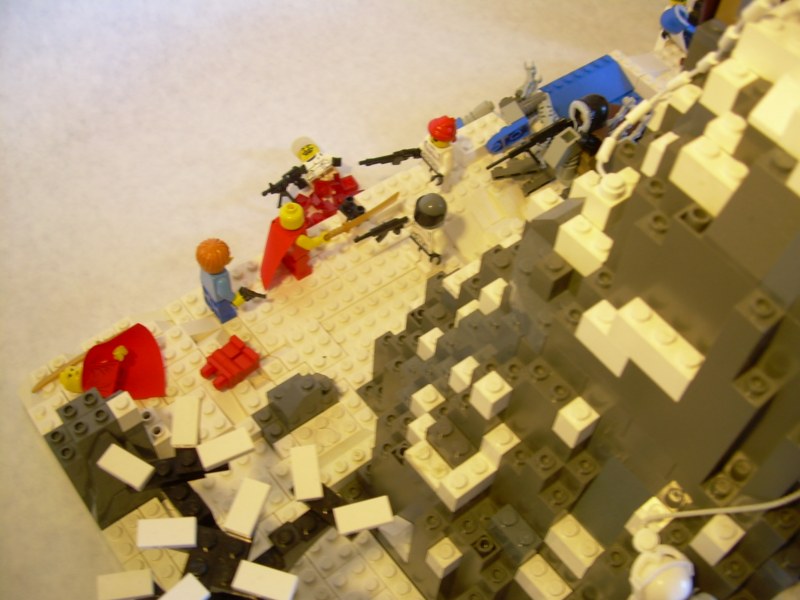 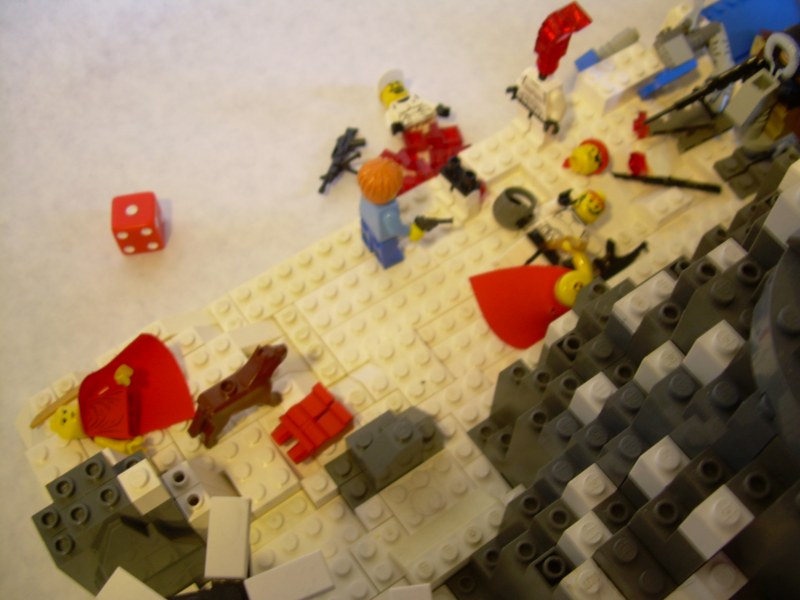 ...but the dead Hinbu monk isn't done yet, the next turn he gets his Reincarnation Roll. Unfortunately he rolled a little low, so he comes back as a Doberman. 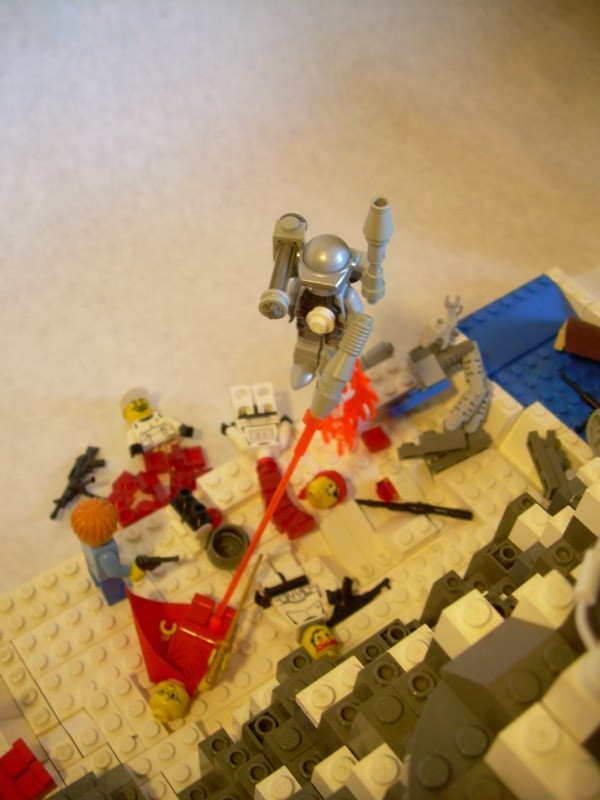 The VTR Battle Suit descends from the sky and blasts the remaining Hinbu swordsman. 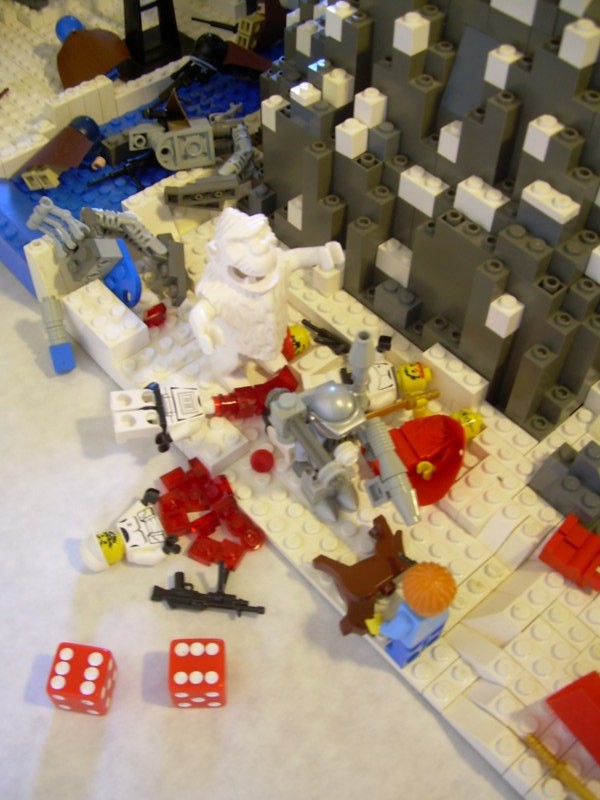 Fortunately, his Reincarnation roll is a little better, and he returns to the battlefield as a Yeti! 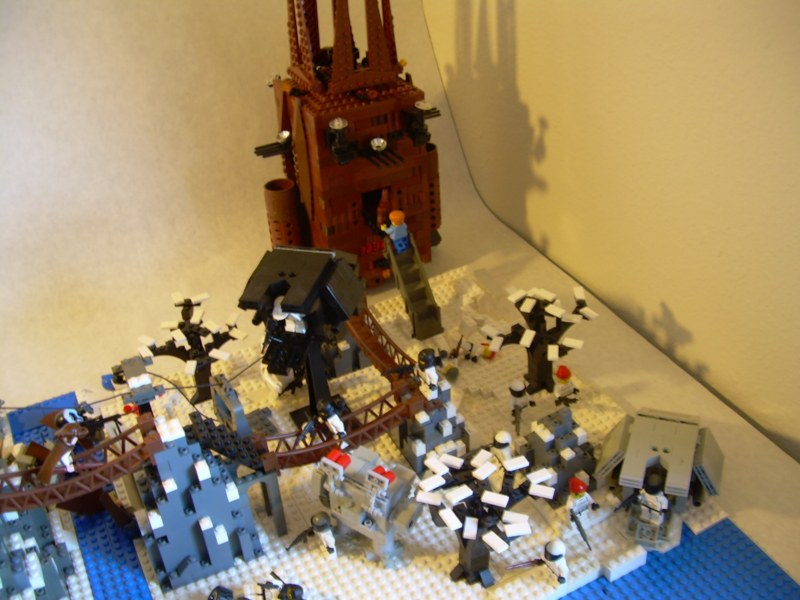 With the enemy forces in disarray, the Last Ginger escapes to the waiting spaceship, which the Templars completely neglected to destroy. 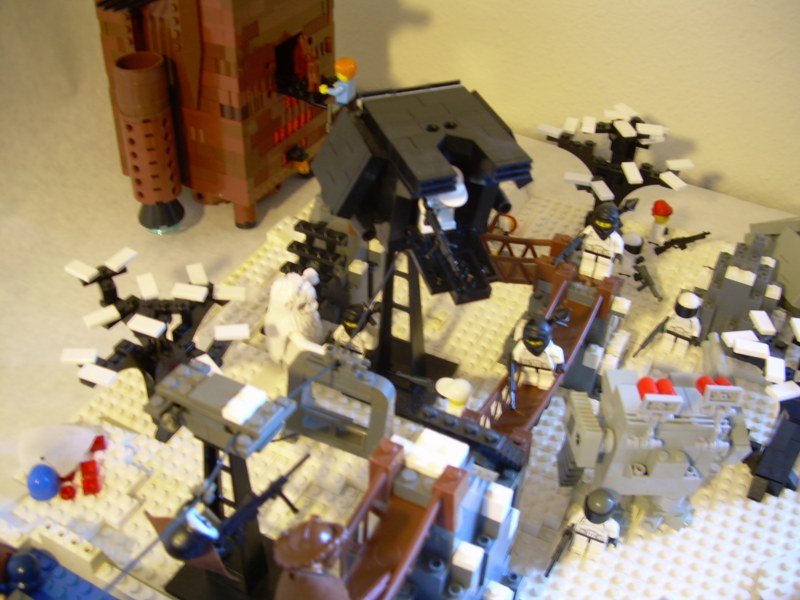 To their credit, they were very distracted by a sniper on the zip-line. 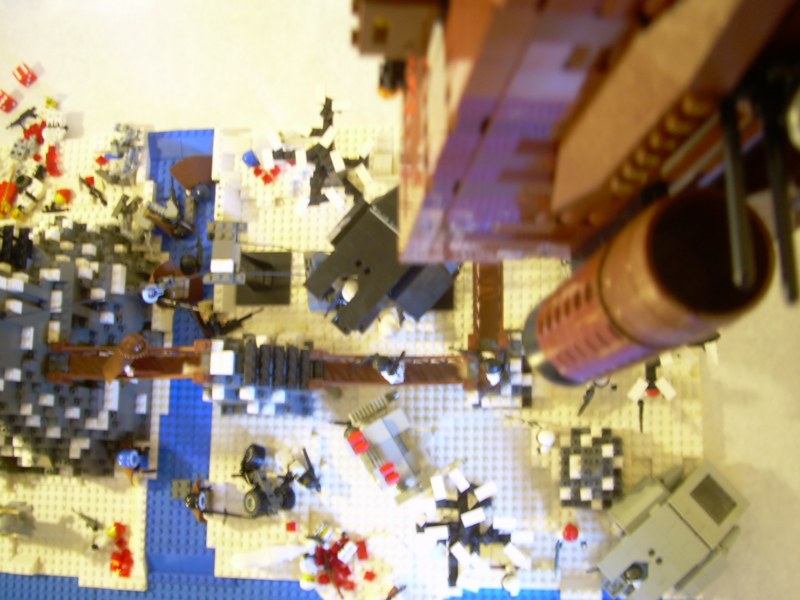 The Last Ginger escapes once again, with a 50/50 chance of repopulating the galaxy with red-headed and freckled progeny.
Last edited by Atomsk on Sun May 23, 2010 4:52 pm, edited 4 times in total.
Top

masterMISICK wrote:Ohhhhhh epicness... wait what were is the carnage gore and funny lego deaths

It took a minute to link them all. I thought you'd all enjoy the anticipation.
Top

Heh. Into=epic. That was a rather short battle report though. But still good! I just got a taste of epic, not the entire platter. Make more toppings.

There's probably gonna be a space battle next. I might pull out my entire Space Force Fleet to stop the Star Templars.
Top

There could be latent gingers out there!
Top

@Atomsk: Amazing battle, I really enjoyed reading it and I loved the ginger idea. The battlefield and factions look amazing. Truly Epic.

Just a pity some post crazed dimmie arsehole couldn't wait ten minuets for you to post up the rest of the report. Just an observation.

Battlefield was excellent. I love the faction with parkas and rifles. It's an awesome style.

Loved the battlefield and zip-line action. A short battle but definitely a fun one.
[21:30:33] Scritch: you can put it in theblackdog

Nice battle. Will there be a part 2, while the escape ship is being tracked down?

epic and awesomeness! the scenario is incredible and the storyline is fine to, great work, but theres still a need for explosions and more vehicles perhaps...

Theblackdog wrote:Loved the battlefield and zip-line action. A short battle but definitely a fun one.

I had to finish it before Lost.
Top

Lost. Thank god it ended up being Hurley.

Jimmy to Michael: How many times does Ben get beat up on the show?
Michael: Well, how many episodes was I in?
My doctor says I have an obsession with vengance. We'll just see about that
My 550th post was "JANE-FREAKIN-GOODALL".
I called the Ghostbusters in my 600th post.
Top

I thought that the final episode would just be one of the writers standing in front of a blackboard with a flow chart describing the entire premise and plot, explaining it to the audience.
[21:30:33] Scritch: you can put it in theblackdog