This is my Halloween Hellhunt entry I know it was a little early.
Last weekend my friend came over and we had a game of brikwars set in my destroyed city terrain and my desert terrain. We played a scenario were there are sewer grates into the city that the attacker may use, and actual objectives in the city to capture. I was the defender and I fielded 40 minifigures a tank, a drop ship, and a command drop ship. We had a turn limit but I don't remember what it was. So pictures turn one. 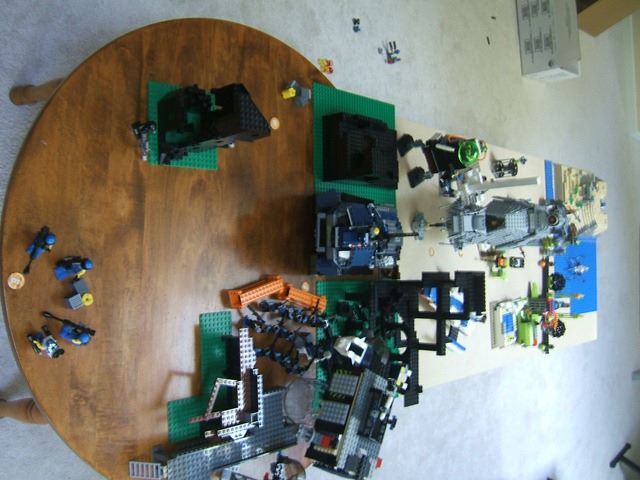 This was the battle field set-up and you can see my tank in this photo. 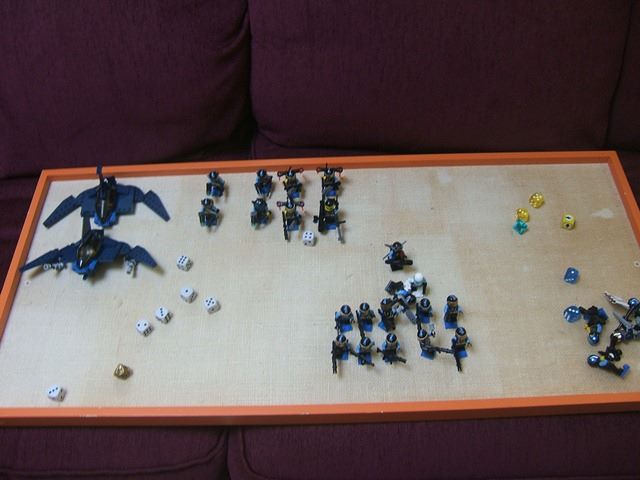 This were my reinforcement units board including my jump troops, normal infantry, and my hero and his special units. 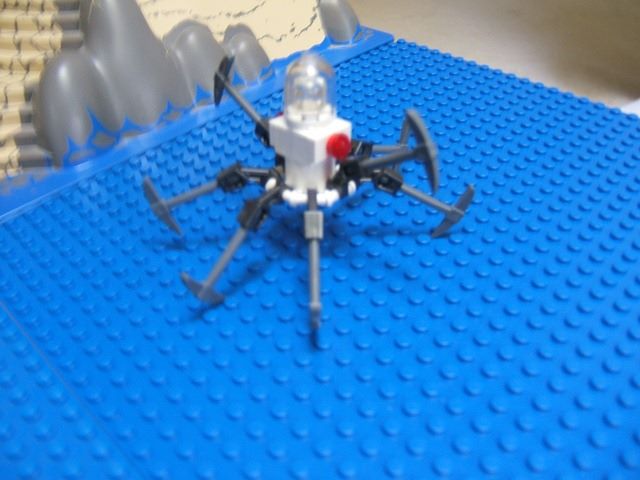 This was my friends octopus walker thing I really don't know. 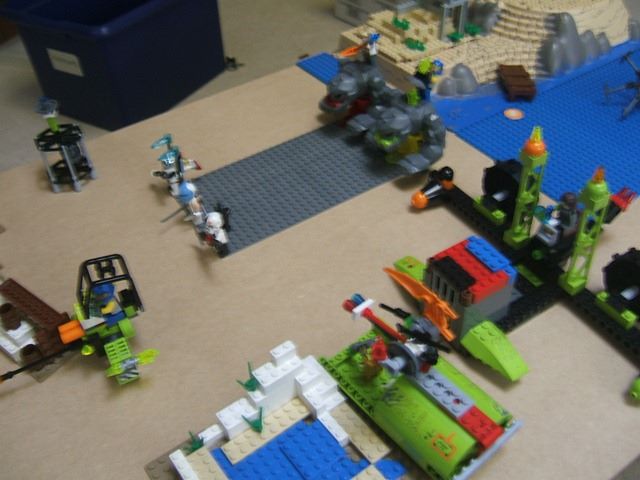 Some more of my friends units. And more to come. 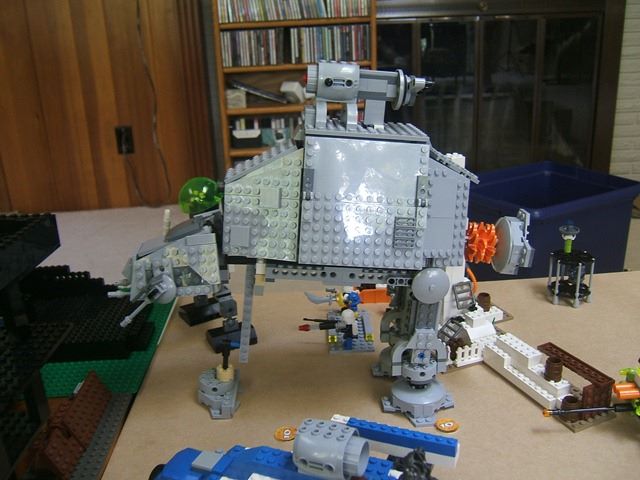 This walker I love it. It destroys things. Death for my friends random minifigures. 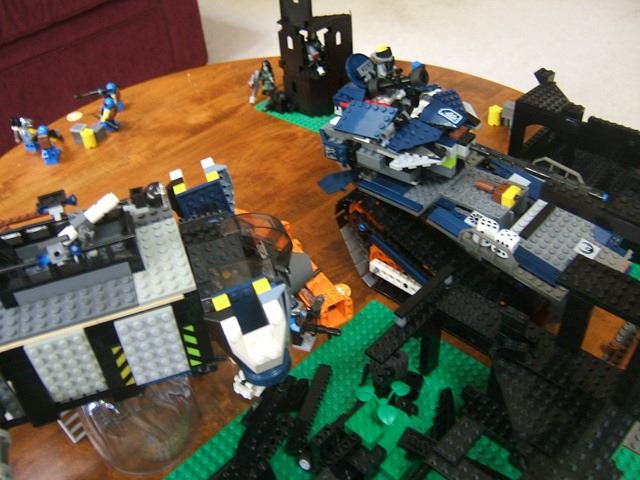 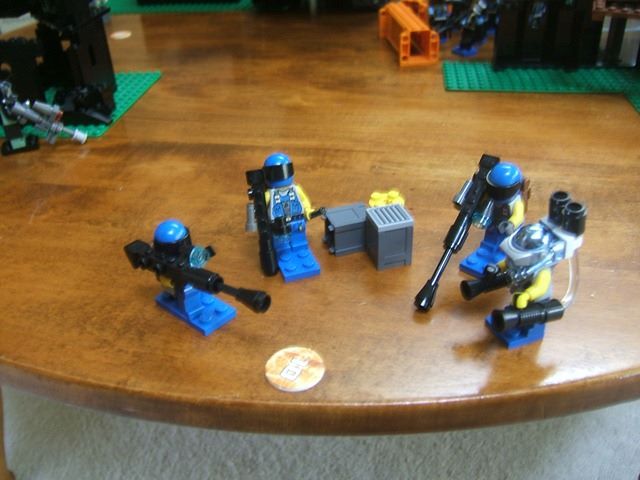 This is one of the objectives and my group of bazooka snipers, and flamer. These guys were almost toasted later in the battle. 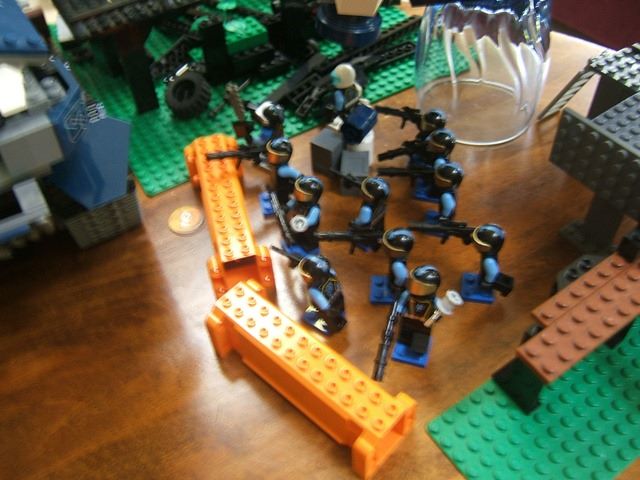 This was an infantry squad that ran from the tank after a missile pod carrier got inside. There is a medic and a captain with a chain sword. 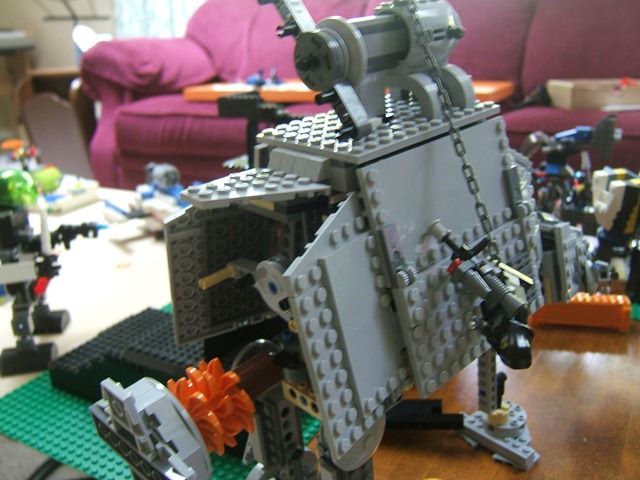 I love this seen with my sniper hanging on to a chain outside of the walker his companion is inside attaching some toys shall we say. This walker can also fly as you can see from the turbo engines. 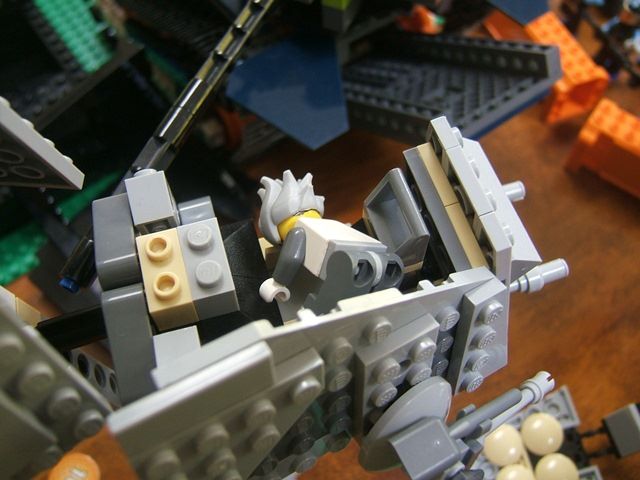 This shows the dead pilot after the tank blew the crap out of the cockpit from point blank range. This roll involved dice flying at one another. A to my friends unhappiness ended with his walker without cockpit armor or a pilot. 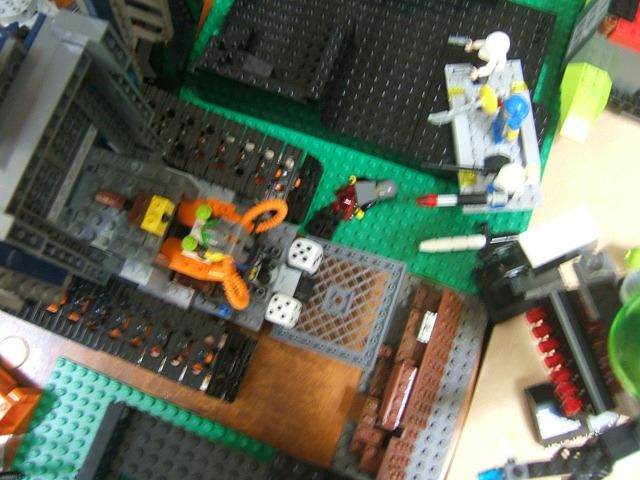 This shows his missile pod minifigure rushing inside the tank with a mecha behind and captains. 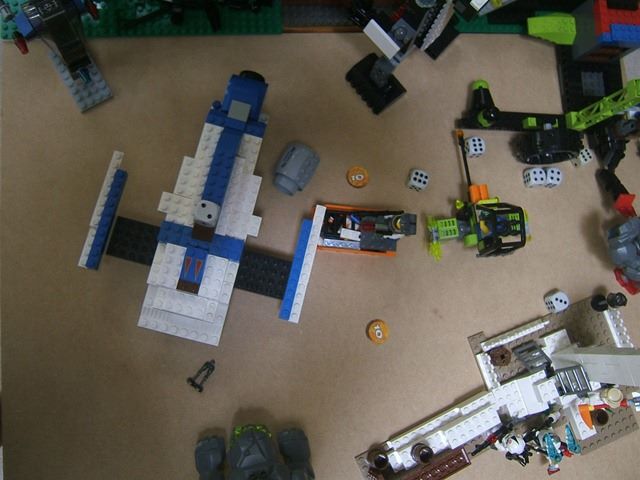 Things going boom what else to say. 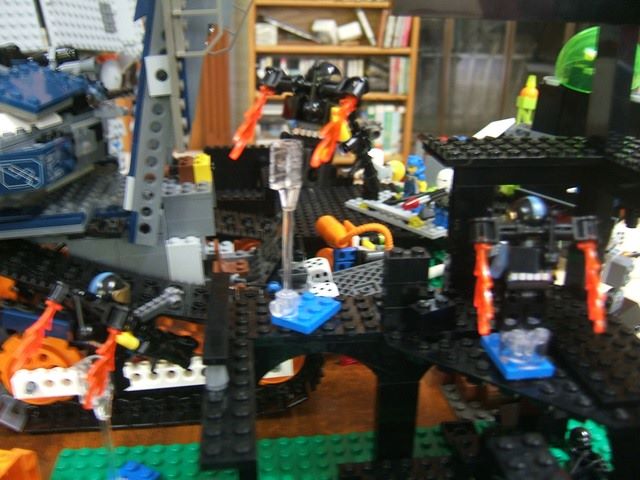 My shock troopers with chain swords and assault rifles flying towards the mecha. These guys are really fun because their backpacks can hold so many fun weapons. They went on a killing spree later. 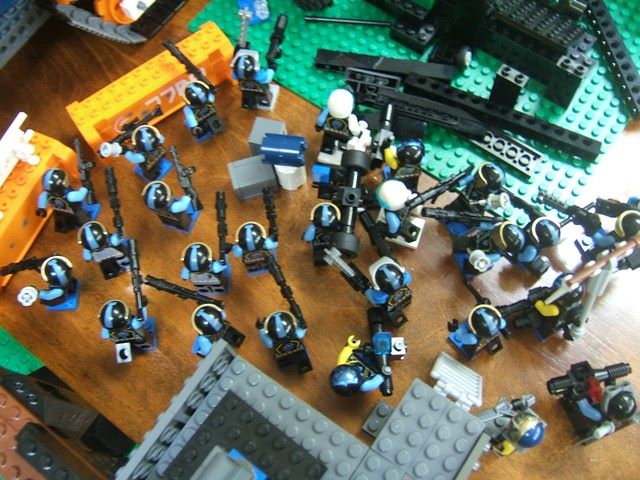 Most of my infantry, my hero with the sword at the bottom, hero guards, a lieutenant, and a javelin missile launcher. It was not smart to group them together a lot go disintegrated. 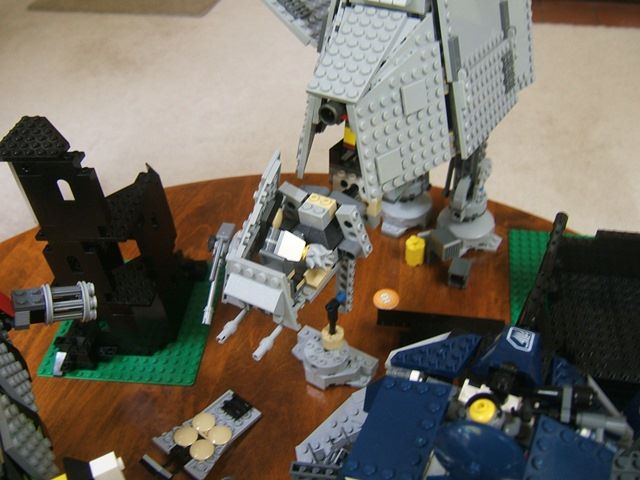 Meh picture nothing to say. 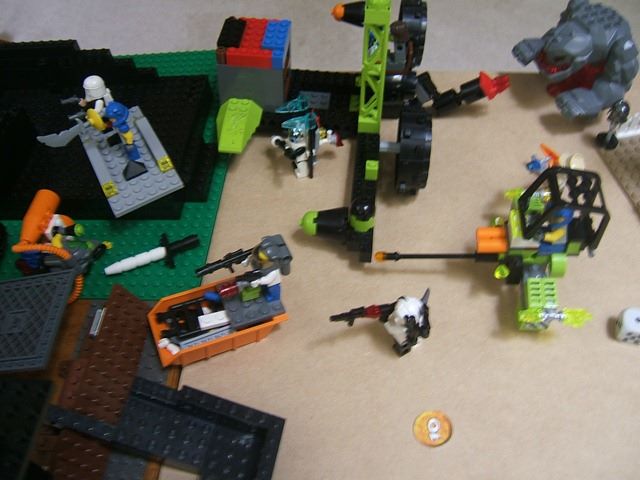 His forces advancing. As you can tell he has no color scheme. 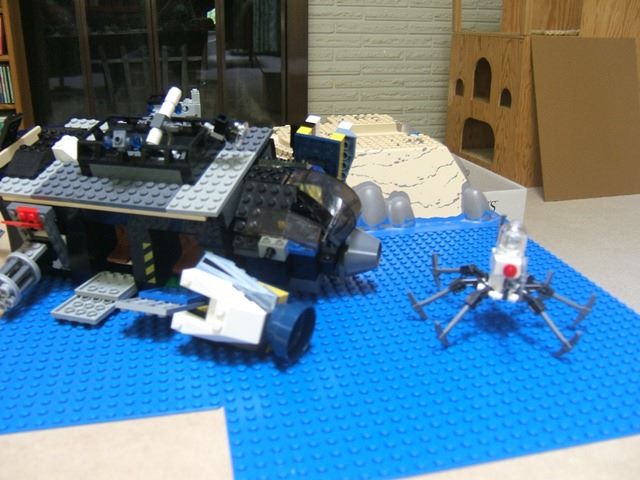 So my drop ship went down with only my drop troops but they survived the driver on the other hand died. I now have that robot thingy out side my door. Insert muttered curse words here.................... 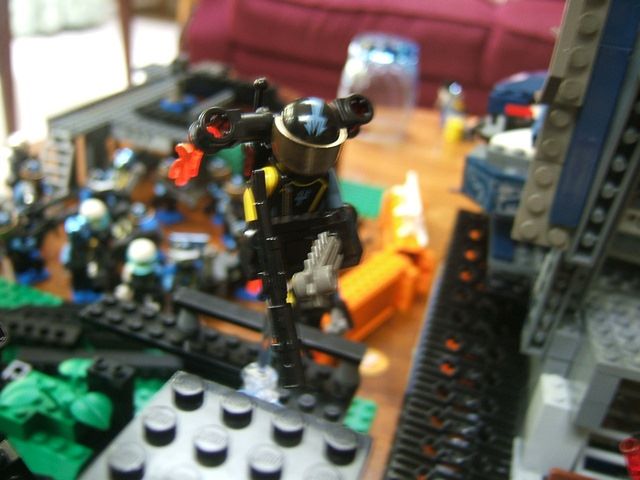 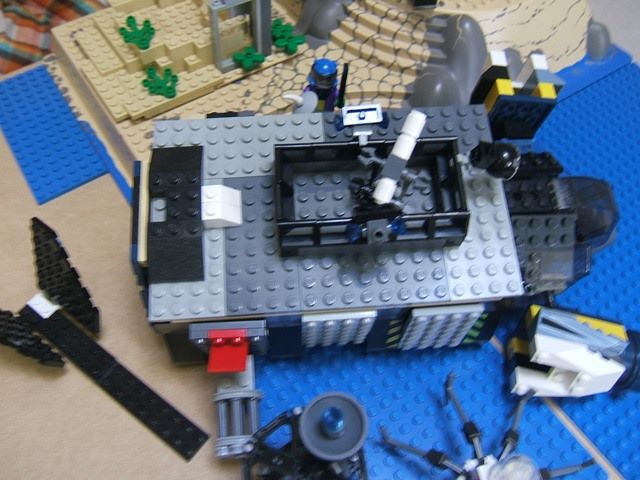 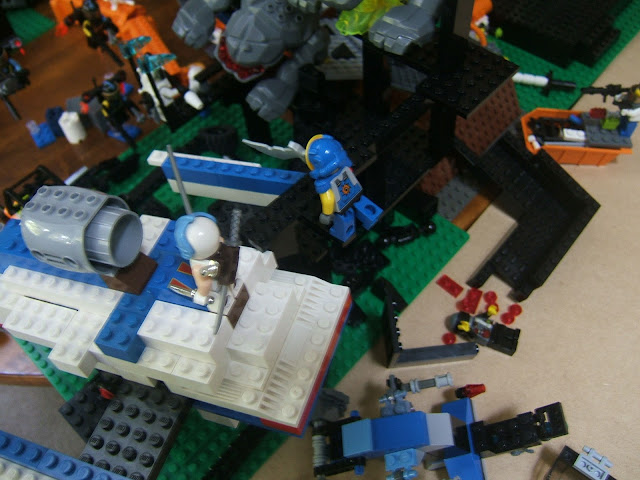 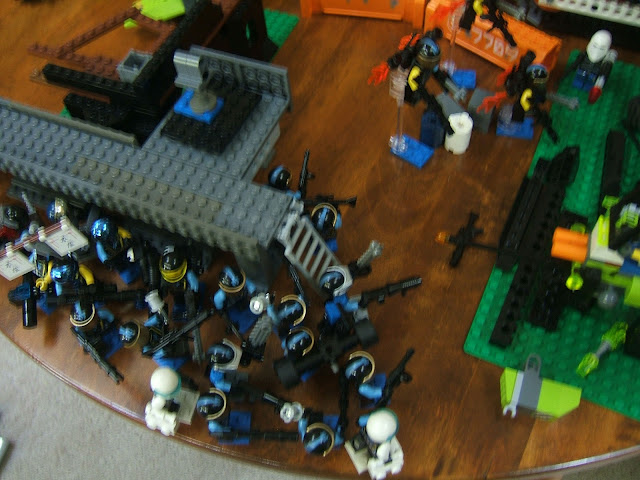 Yeah more infantry. And there still grouped nice and tight together. Where is the darn missile launcher. Yeah I'm talking to myself. 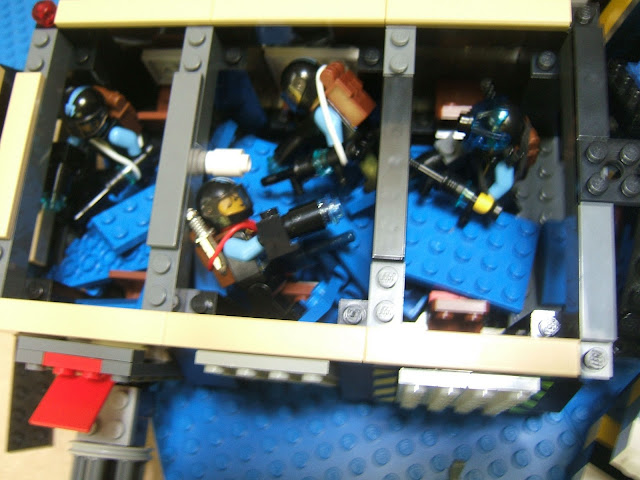 The drop ship inside is filling up with water because of a what I say goes roll and the electricity is in the water from all the broken wires because of impact. My soldiers on the other hand are in all terrain suits so there fine. If they weren't fine we could name them the band of sparky getit sparky. Bad joke. 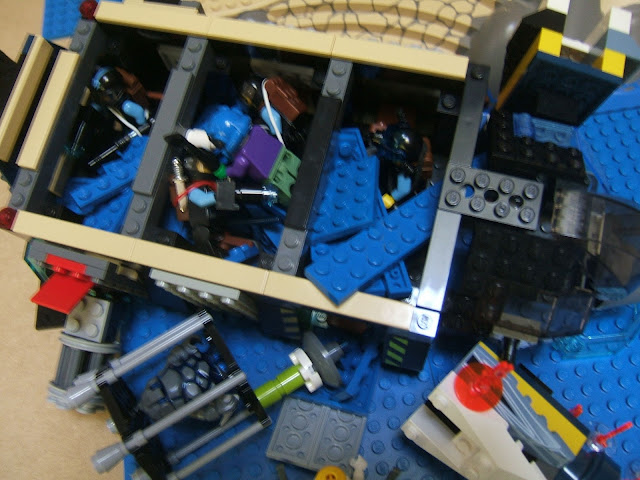 Just to be mean my friend sends in a guy and pulse rays the water more electricity. The guy failed his roll and nothing happened. Thank god, wait more death equals fun. 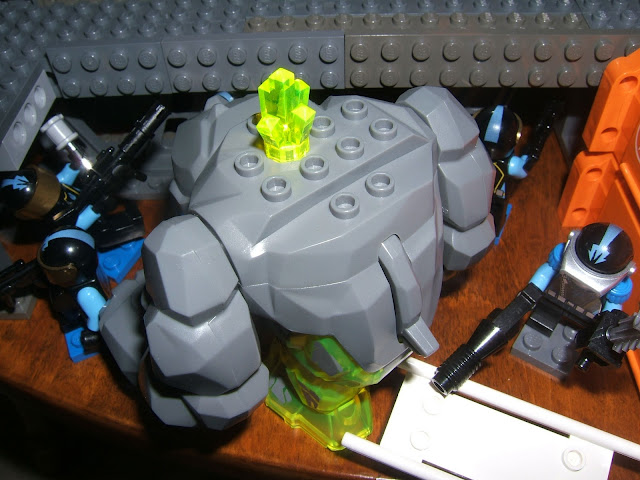 Back in the city my friend decides to destroy the mind controlling device on the golums head and point the mad beast into my troops. 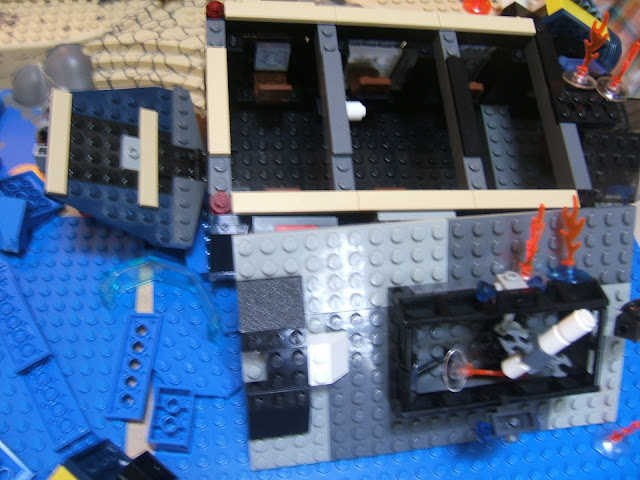 My drop ship blew up. We had to finish the game but rest assured there will be more battle reports. Comments welcome.
Last edited by alphafalcon541 on Sat Oct 29, 2011 3:07 pm, edited 5 times in total.
This sig is too fucking large: show anyway

This is brikwars! You sh!ould love that walker! Moar death is GOOD
Top

You have a great looking army. I would love to see more pics of them. Nice battle report BTW
Top

maybe a bit more coherence when narrating, the self-commenting was slightly annoying imo. Anyway, it looks like you guys have a pretty nice supply of legos, and I'm looking forward to more reports in the future.
Paladin Corps
Paladin Corps vehicles
Top

sorry about the self narrating it was 10:00 at night but you could look at my 8 way brikwars. And more will come this weekend hopefully. Pictures of my army will be up soon as well
This sig is too fucking large: show anyway

Looks like an awesome battle! But yeah, I'd love to pics of your army up in the armory.
Top

Great map and battle your army looks awesome
[/b]
Top

You should put your army up in the armory
Top

I get the point I while post after todays battle maybe pictures
This sig is too fucking large: show anyway