A fifth hour had passed. He had a fifth juice box, totally ruining his appetite for supper.
Top

I do not visit these parts of the forum often but this has to be the best thing posted in here ever! Congratulations, Tzan.
If you're not into Metal you are not my friend!
Top

Time to drag Stubby out from his panic-lair. He needs to see this.
she/her | formerly known as ross_varn | exiled for the good of the f.e.l.c.
Top

Ahah, nice work Tzan! The Great Maker that lives within us all is brilliantly shown here. 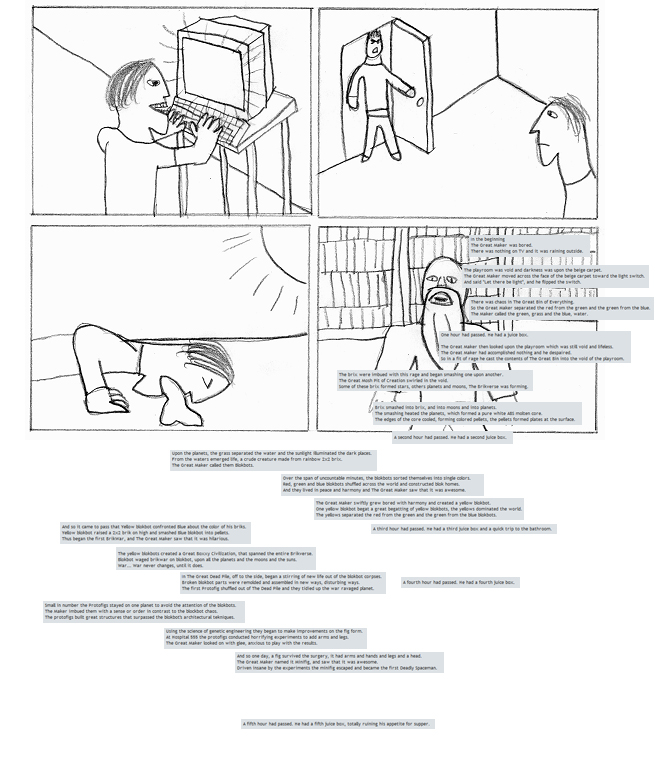 I don't think that I've seen this before, but stubby's post made me ROFL.

Trying out some of the sub-forums I don't go on usually. This is hilarious.

awesome and hilarious
This sig is too fucking large: show anyway